We had the good fortune of connecting with Grayson Thorne Kilpatrick and we’ve shared our conversation below.

Hi Grayson Thorne, how do you think about risk?
If I had not taken Risk I would not be the person I am today. Being an Actor is not an easy road to travel. I think back when I first started in this business I never thought I would be living in Los Angeles today. I was born in Huntsville, AL all my family lived in South. But I knew I love being on set and playing different characters. When I was given the opportunity to go to Los Angeles to film it was exciting and scary at the same time. I wanted to go but I knew I would be leaving all my friends and family. But I knew I had to take the chance. I am just so thankful my parents believed in me to also take a leap of faith.

I think the role that I took that played a risk in my life has also been my favorite. When I was 11 I wrote, directed and starred in a short film called John Foley: Motivationally Speaking. It was a tribute to one of my favorite actors the late Chris Farley he played a character Matt Foley on Saturday Night Live (SNL) you may remember his favorite phrase “Living in a van down by the River”. Although , I did want to replica the complete store line I decided to be son of Matt Foley , John Foley still “Living in a Van down by the River” it was only around 3.5 minutes (https://www.youtube.com/watch?v=qn7QU6R3n6w) I even won Best Actor in a Short film at the Young Artist Awards (YAA). I am now writing a longer version for part 2. I had hoped to film it in 2020 but COVID had other plans. I plan on filming as soon as it is safe. 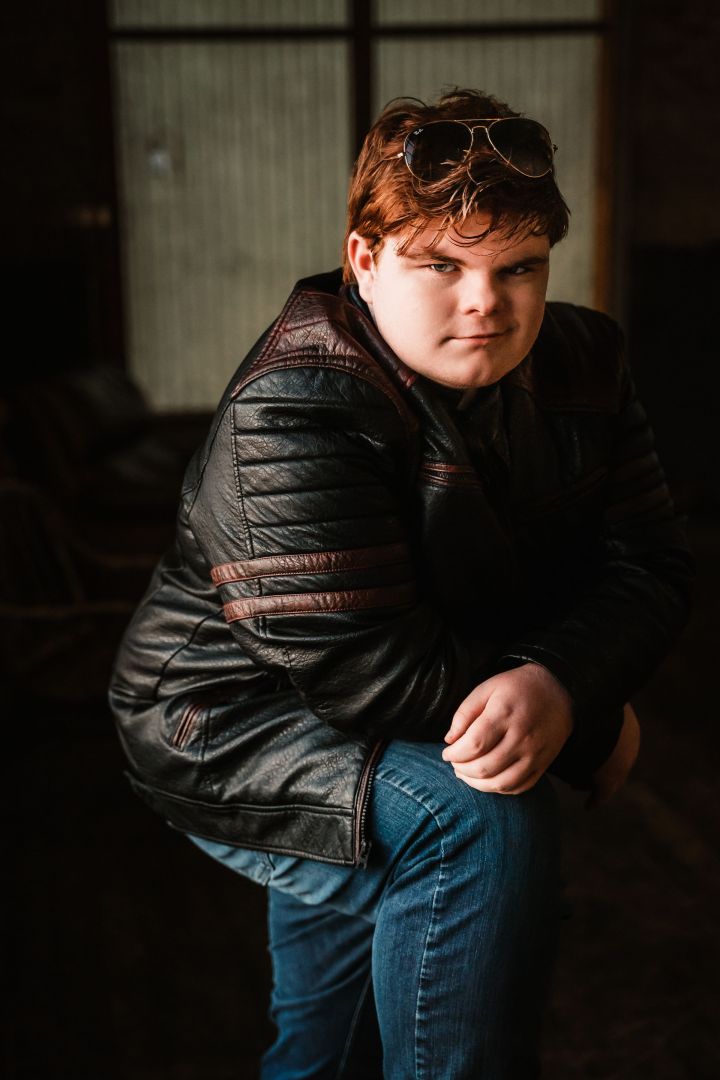 Can you open up a bit about your work and career? We’re big fans and we’d love for our community to learn more about your work.
My story of how I got where I am today was actually something negative that happened in my live but turned into something great. When I was around three, I had a traumatic experience that changed my life. I do not talk about this incident much but my parents and I lived through a home invasion. My parents are my heroes because my mom was able to convince the invaders they had the wrong house, which they did. They finally left and this gave her enough time to lock the door behind them and get me and my dad and her into a back room of our house until police arrived. After the home invasion, my parents wanted to put me in a Child Play Therapy. It was a place where a young child could go after a traumatic event and act out their feelings to help them cope with whatever was bothering them. I know even several months after the home invasion when I heard a doorbell, I would run and hide under a kitchen table. After a few years, I was able to overcome this fear. A few years later mom ask me if I wanted to take an acting class and I usually replied “Nah”. She told me later she thought I had a talent but she did not want to push me into something I did not want to do.
We lived in Alabama and the south is a great place. The Southern hospitality is the absolute best. Most of the time, people in the South are so very courteous and always willing to help those in need.
In 2012, my life completely changed. My dad read an article in the local newspapers that Grayson Russell (Diary of a Wimpy Kid) was in town filming his new movie Space Warriors at the U.S. Space and Rocket Center. The movie was being filmed in Huntsville Alabama, close to where we lived. Grayson Russell was going to be at a local movie theater viewing one of the (Diary of Wimpy Kid) movie with fans. He would be signing autographs before the movie. So, my dad got our family and one of my friends, Mason, a ticket to go watch the movie. Grayson Russell was great! He took the time to answer my questions and took pictures with me. So, the local Actor Bill Billions who owns and teaches at “Hollywood Huntsville” was at the event sponsoring Grayson Russell at this event. I walked up to him and introduced myself I said “Hi, my name is Grayson; I have red hair like Grayson Russell and I want to be an actor.” Still to this day Mr., Bill tells this story. Grayson Russell mentioned they were looking for extras to be in the movie he was filming called “Space Warriors” so I volunteered to be an extra. I fell in love with the environment. I loved watching the crew move their equipment around to do the same scene but to get the shot from different angles.
The next week, my mom enrolled me in a local acting school called “Hollywood Huntsville”. I took classes under Mr. Bill and Anoka Billions and later took acting classes from Gray’s Studio out of LA. We would travel to Nashville to participate in an intense class once a month for two days and this is where I met Mr. David Gray of Gray Studio from West Hollywood, CA. I booked my first web series in 2013, “Unplanned Motherhood”. After that mom found me a talent agent in Nashville, Atlanta and New Orleans. It was in March 2013 I booked my very first movie, “Campin Buddies”. I got to work with legendary actors like Don Most, Tom Lester (Ep from Green Acres), Ray Stevens, Victoria Jackson and Tom Logan was the best Director for my first experience.

Let’s say your best friend was visiting the area and you wanted to show them the best time ever. Where would you take them? Give us a little itinerary – say it was a week long trip, where would you eat, drink, visit, hang out, etc.
Ok, my favorite place would be Knotts Berry Farms or Magic Mountain. I love love Roller Coasters. So, I would start there and head over to Universal Studios. Some of my favorite places to eat is Rock and Brews in El Segundo, Fresh Corn Grill in West Hollywood. I love Din Tai Fung in Arcadia, La Grande Orange Café in Pasadena. I think My favorite places to live are in Pasadena and Redondo Beach. I love Los Angeles but we also have a home in Huntsville, AL if I was there and a friend from LA came to visit me I would have to take them to Space and Rocket Center for the day. I am not sure where to start on great places to eat in my home town. Greenbrier would definitely be on that list its a favorite for me and you could probably find me there when I am at home along with PF Chang, Big Bob BBQ in Decatur, Ruchi India food, Ding How II, Ricatoni’s in Florence and sometimes we travel to New Orleans which is one of my absolute favorite places, its only a few hour away from my home town.

Who else deserves some credit and recognition?
I would like to Dedicate this to my parents Charles and Sherry Kilpatrick. They have done so much to support my career. My mom even started a Public Relations business on the side to help me and countless others while holding down an Engineering job during the day. My dad resigned from NASA to stay home with me and take me to auditions.

Image Credits
Both images the photographer is James Stovall of the James Stovall Photography in Huntsville, AL these pictures were taken at the GTK Shooting the star event and the set designer was Delia Lindsey of Stellar Alchemy