We had the good fortune of connecting with Greg Berman and we’ve shared our conversation below.

Hi Greg, why did you decide to pursue a creative path?
Why not?! It’s what I love to do, why wouldn’t I do it? I think there is this romantic perception of what a creative career is that we have all determined is this BOLD lifestyle choice, I think that’s silly. We have made creative careers this big what-if, like this fleeting mystical desire, that only some are brave enough to pursue, but that’s exactly what holds so many people back… I think. It’s like anything else in life, incredibly competitive and incredibly rewarding, if that’s what you’re into.

I have always loved to create, it’s what I’m best at. I used to be in plays as a 5 year old in my Ukrainian day care before I moved to America. However, I should note that my mother worked there and pulled some strings… just like Los Angeles, it was all about who you know, and I had a people at the TOP of “The Goldfish – Day School” in Khamyanets-Podolsky. Then I came to America. I did talent shows in elementary school, I started professionally doing magic in middle school, even bought a dove, eventually two. I started stand up comedy in high school, when I realized that was way better for getting girls than card tricks. Then in college, I inevitably got an agent and started acting. It was just always going to be a part of my life, and so I did it.

Look… if you, from the time you were a kid, walked around talking about daycare policy with all of your teachers during snack time, then in middle school you took up debate and Model UN. Then around high school realized Model UN wasn’t getting you the ladies so you switched to DECA. By the time you graduated from high school, everyone would be aggressively telling you to go to law school. It’s what you’re into, but for some reason that seems so much less BOLD than a career in art.

Is law school not incredibly grueling? Is it not incredibly difficult to find a job once you graduate, and most of the time you wind up grinding away at various law firms, primarily working under a bunch of kind of problematic lawyers, just waiting for your shot at the courtroom? You sure do. How is that any different? I want to normalize the artistic career. I want people to think of it as something that IS attainable. Something that will be the most difficult thing you’ll ever do, but all the while, you’ll get to do what you love most.

So maybe I’m advocating for not just the artistic career, but to consider what you love, and just pursue it. Everything is hard, so at least pursue your favorite version of difficulty. I love performance. I love making people laugh. I love making people feel. So I’m doing it… or at least working on it. Pick your lane. Kill it. What else is there? 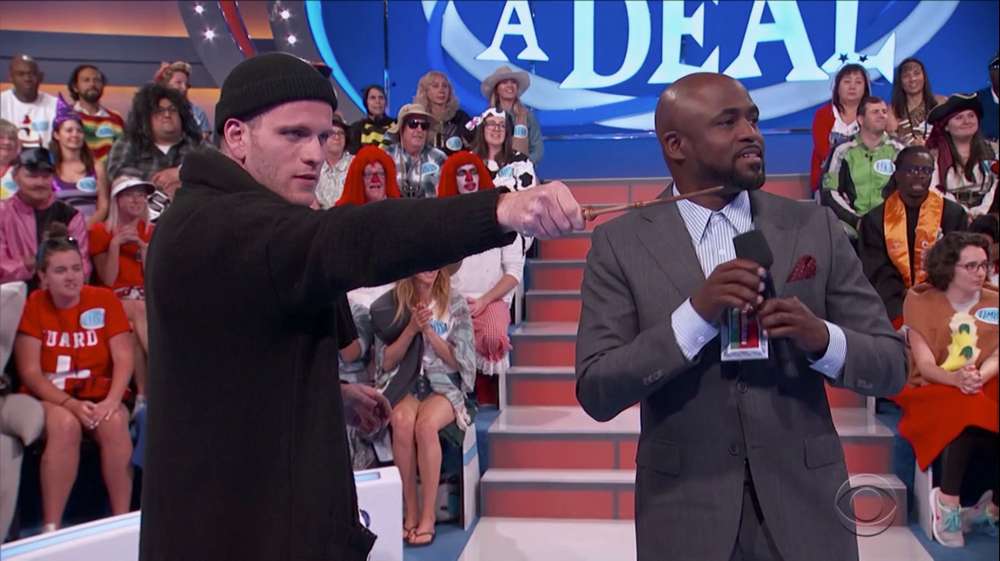 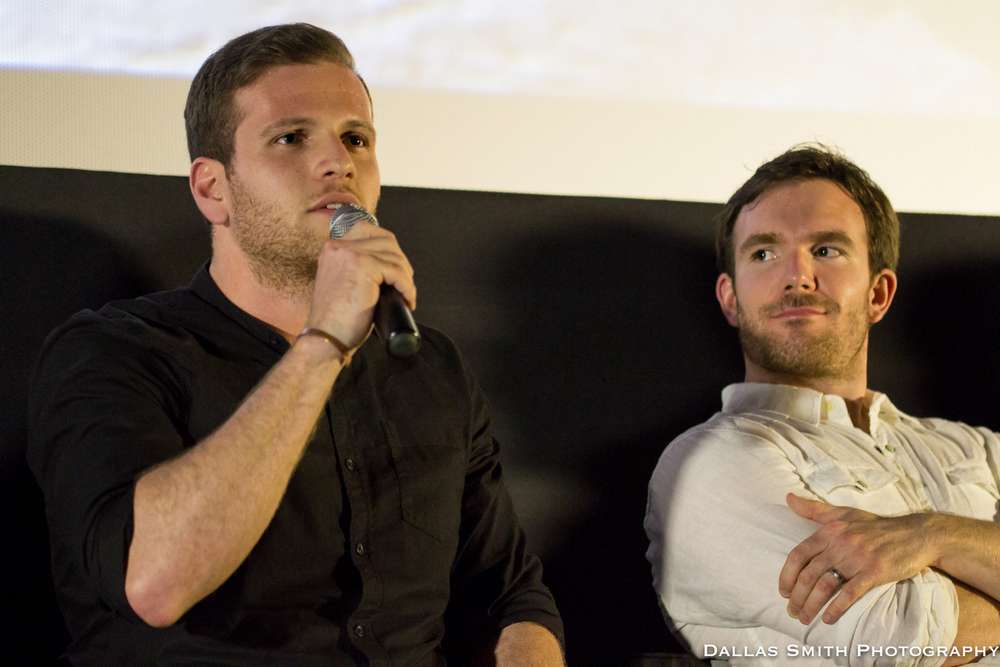 Let’s talk shop! Tell us about your art? What sets you apart? What would you like the world to know about you and how you got to where you are today? Was it easy? Some lessons you learned along the way?
“Okay, so no biggie, we’re just having some fun here… little feature piece… but just like, explain your entire life.”

Right. Got it. Okay.

I guess I’ll start with “tell us about your art” and see if I can shove that together with “what sets you apart” and what the hell, let’s throw “what you want the world to know about you” in there. I feel like it’ll make it in there anyway, might as well lean into it.

I am a comedian at heart. If I had to distill what my main thin is, it’s finding the funny. I’m great at that. I can take any situation and dig up a funny in there. Try me. It’s a parlor trick… but then again, isn’t everything? I love to work in confines. I’d much rather be given a set of constraints to art my way out of than to be given freedom to do whatever I want with unlimited money. That kind of freedom breeds indulgence, constraints breed ingenuity. If it wasn’t already obvious, I’m kind of pretentious about it. Now, a year ago Greg would have apologized for that… right now Greg doesn’t care. I like to complicate simple things. I did a whole show called “The Show About You” where I gathered information about the audience when they bought tickets and wrote stand up and sketch entirely about them. I made a short film out of Apple Animoji’s. I’m working on an alternate reality project on Facebook. I just want it to be something exciting. I don’t even want to know what’s coming next.

Now, I suppose I should tackle how I got to “where you are today professionally” with a hint of “Was it easy?” Perhaps you’ll be satisfied with “some lessons you’ve learned along the way”…

I was prudent. I made a lot of decisions that were long-term and I played it very safe, most of the time. I went to college as a junior in high school because I knew it would make college cheaper, it did. I lost much of my high school experience along the way, but I don’t regret it. I got two degrees, one in Marketing and another in Management Information Systems, but I don’t regret it. I got a job out of college working for a soul-crushing third party logistics company working in their EDI department, but I don’t regret it. All of these things were and are instrumental in who I am now, and what I am capable of. Now in my 30’s, I know high school doesn’t matter, and getting two degrees and having no student loans is a God-send. My marketing and SQL knowledge allows me get flexible and high paying work that I can easily weave around my artistic career, and that soul crushing job got me enough money to create a runway to move to Los Angeles. Did I do it right? I don’t know. Maybe I would have had a lot more fun and be exactly where I am today had I gone the more creative and risky route! Who knows! But I’ll say this, I think the practical things I learned along the way are going to support my creative career for the rest of my life, because show business is way more about business than it is about show… I just didn’t know that then. I got lucky. 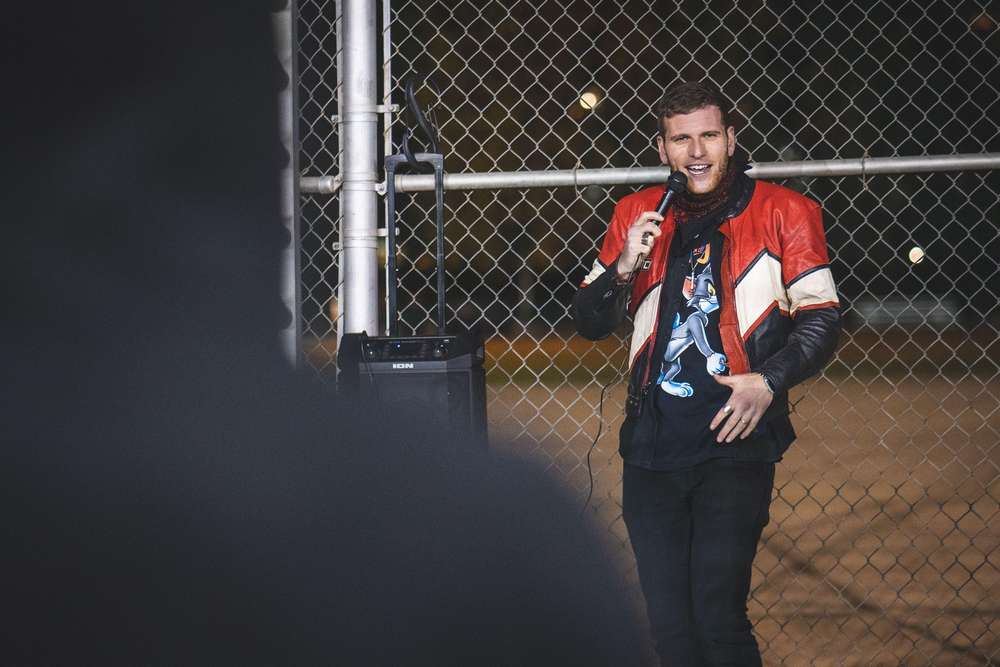 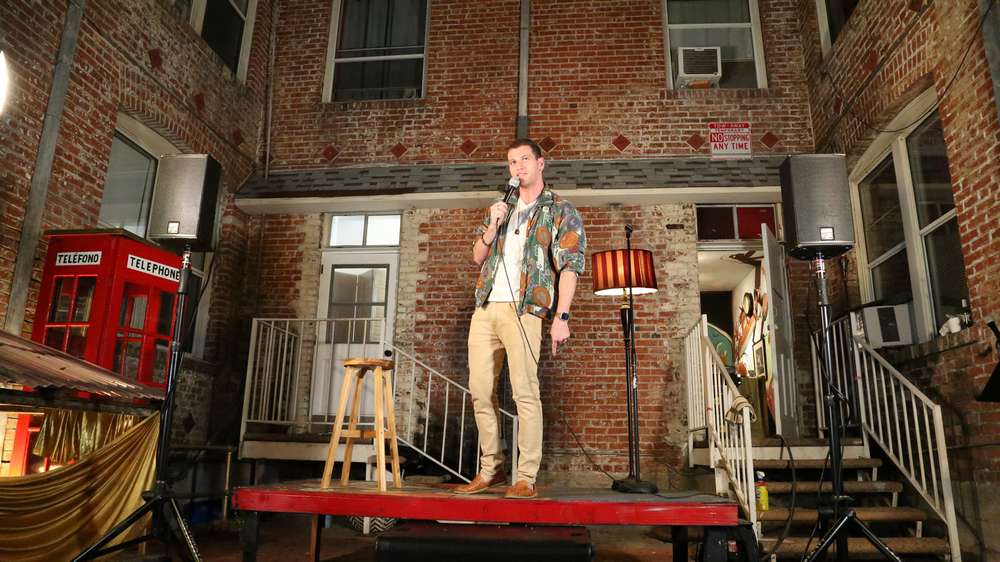 If you had a friend visiting you, what are some of the local spots you’d want to take them around to?
First things first, coffee. Always. Grab a quick cup at Verve on 3rd St. and then let’s go take a walk around the Farmer’s Market quick, and grab something to eat before the big day. Great place to pick up snacks for later too. Then we’re off to a quick tour around the city, windows down… obviously… blaring the best of the 00’s… that’s kind of where my music knowledge lives because I moved to America in ’98… I know… it sucks. Eventually we take Mulholland all the way to Sunset and the PCH and go check out the beach. Stop at Cholada on the PCH for some delicious Thai food and head back into the city. Check out a comedy show at The Improv, Comedy Store, or Laugh Factory… or any of the other incredible venues. Then drinks at Sassafras in Hollywood or SoHo House in West Hollywood. The next day is full of thrift and vintage shopping on the East Side, with a taco truck somewhere in there… and of course coffee. Then we regroup, put on our suits and dresses, and new tie clip we got at the thrift shop and go to the Magic Castle for the evening. Catch some magic shows and maybe go up to the bar at Yamashiro’s and overlook the city. Sprinkle in somewhere in this visit a visit to a Korean BBQ place, and The Rose Bowl Flea Market if they come on the right weekend, and probably some pizza at L’antica Pizzeria Da Michele and a cocktail at Blue Collar. So much more that I can’t think of… oh and all of this is done on motorcycles… obviously. 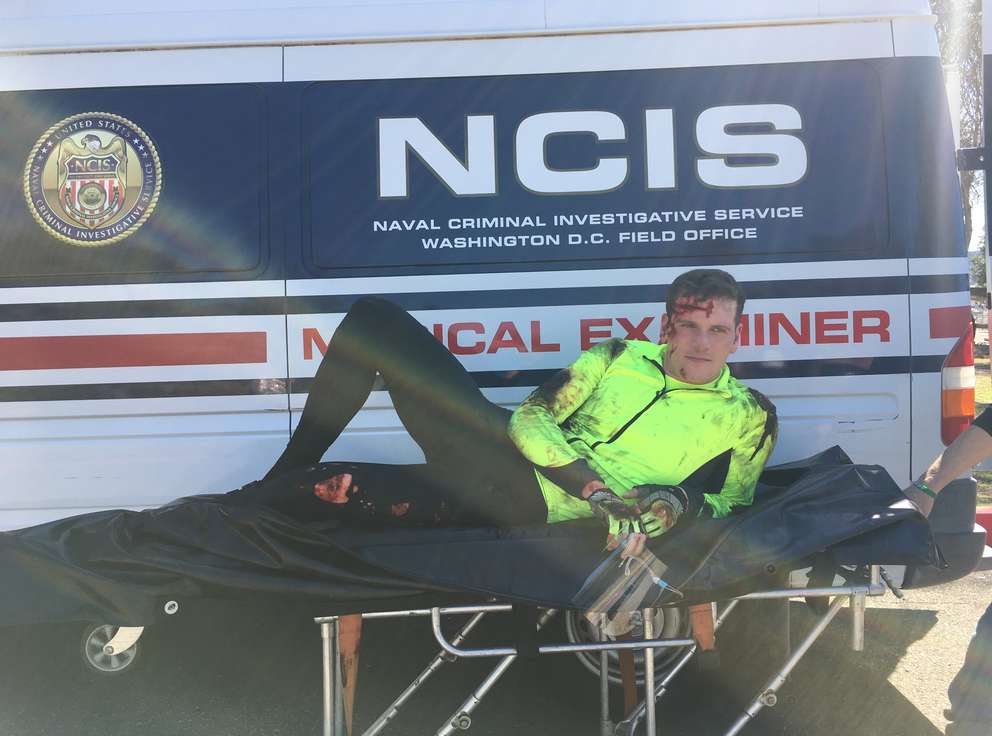 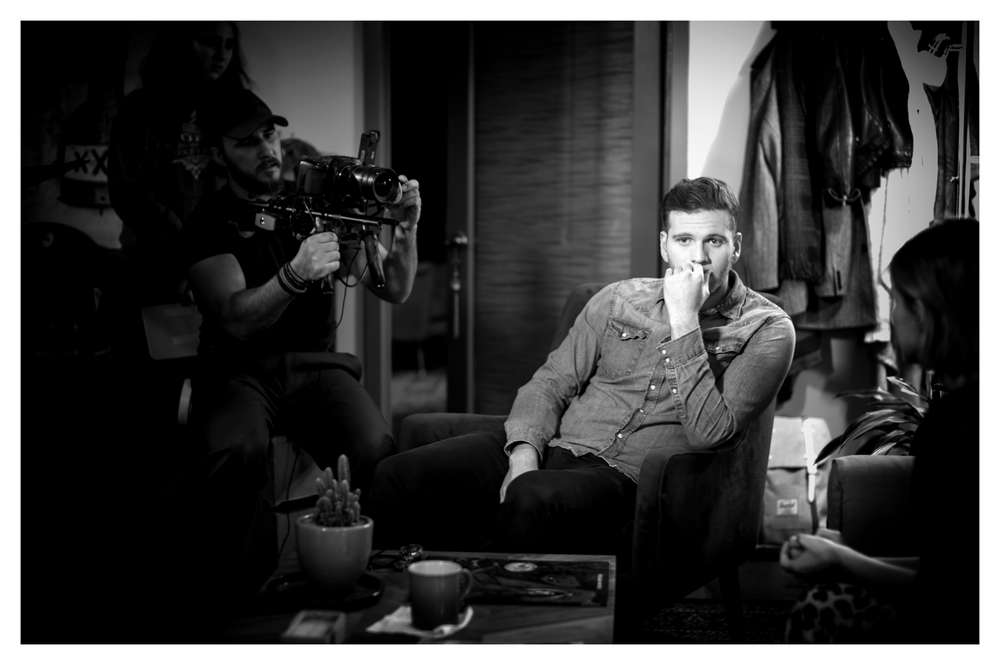 Who else deserves some credit and recognition?
I have a long list of people that have influenced me as a performer dating back to Dave Fournier my middle school English teacher that let me write stories out of the spelling words every week instead of taking the test, because he knew that was more fun for me. Then of course Michael Madden, my 7th grade science teacher who was also a professional magician, and taught me pretty much everything I know… Middle School was big for me it seems. Then in high school, I would say the man that really put the proverbial nail in my comedy coffin Jim Fedje. Jim came in halfway through my high school career and essentially showed me that I was funny. He didn’t teach me how to be funny. I am not sure that is possible, although I suppose many totally non-predatory comedy classes would disagree. Jim showed me that I was already funny, and I just needed to know where to look, and get out of my way. This lesson is one of the most profound I’ve learned in performance to this day. There is nothing special out there, it’s all somewhere inside, and the question is, how do you find it? And maybe the even bigger question is, how do you get out of your way? Get a Jim, they’re great.