We had the good fortune of connecting with Hana Wu and we’ve shared our conversation below.

Hi Hana, how do you think about risk?
For most of my life, I played it safe. I did what I was told. I did what was expected of me. Looking back now, I marvel at how my parents took one of the biggest risks I can imagine– packing up their lives and moving their young family across the Pacific Ocean, starting a new life and looking for grander opportunities in a different country with a foreign culture, an unfamiliar language, and no immediate support system.

The pressure to make a place for ourselves and succeed was immense, and the safest, most reliable way to do that was clear: impeccable GPA, impressive SAT scores, acceptance into a prestigious university, get a sensible degree and a stable job that would lead to home ownership and starting a family of my own. In no way am I disparaging this path. I envy those who were able to take it and run with it. I ended up attending UC Berkeley, obtaining two Master’s degrees, becoming a Licensed Marriage and Family Therapist who adored the part of the job that involved being with my clients in their healing process. Up until that point, however, I had never really taken a costly risk with my life. I had only attempted those things I knew I could obtain measurable success in. I feared failure too much. I feared disappointing others. I feared I was still not good enough and being exposed as such. I was struggling with worsening depression and anxiety, and I was burned out all the time. It reached a point where I was forced to re-evaluate what was going to be sustainable for my life.

“The need for change bulldozed a road down the center of my mind.” ~Maya Angelou

To quit the therapy profession and go into acting was the biggest risk and pivot of my life. With acting, there is no formula or guarantee to “making it,” especially as an Asian American woman. And four years in, I’m not a success story (yet). I can’t tell myself or anyone, see you took that risk and all your dreams came true. What I can tell you is, I’ve learned that risk-taking is a discipline and a skill that you can get better and better at with practice. In my first year as an actor, going on auditions, trying to find an agent or manager, I experienced more rejection than I had the entire rest of my life up until that point. Some of those rejections had my crying for days. But for whatever reason, I kept going for it and going for it, as though I had nothing to lose, because in some ways, I did have nothing else to lose. I was getting into the industry later than most; I had no formal training; the entire thing was a crapshoot of an endeavor that for some inexplicable reason made me feel alive. I put every lesson learned from each rejection into the next risk and the next. I learned to hold my idea of success more loosely and my own self-worth more tightly. I learned to jump even though I feared the fall, and discovered that I could survive many falls. And whether or not I ever make it to the other side, I can say that I’m going for it and that, simply by itself, has been worth it. 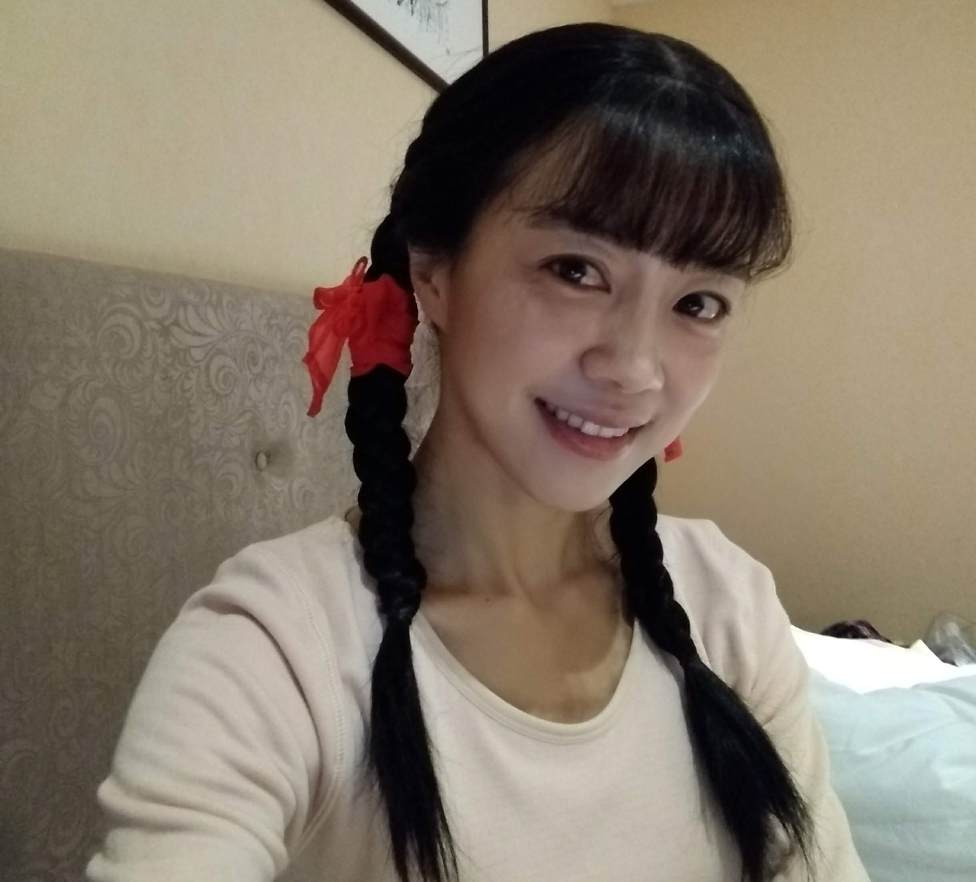 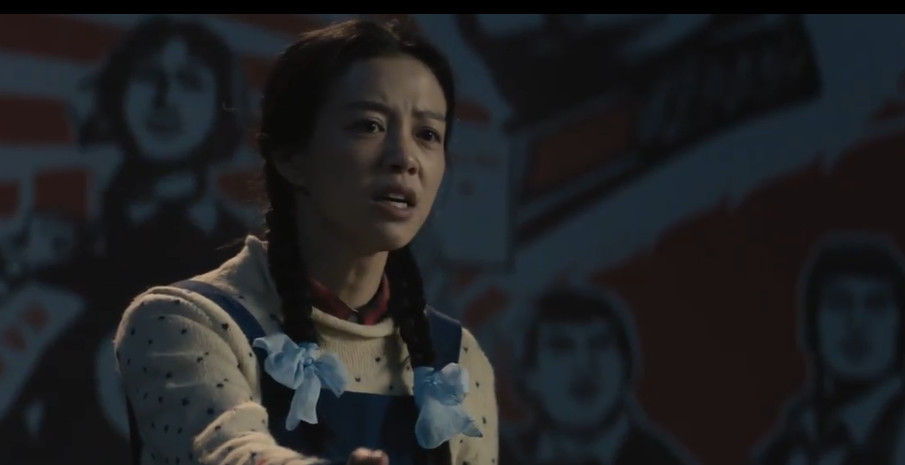 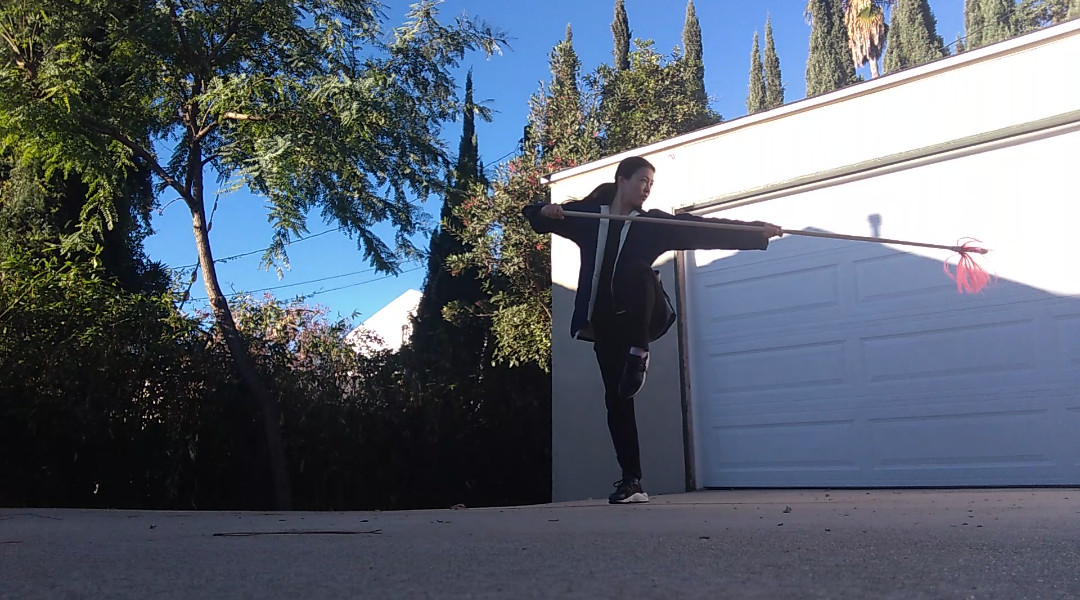 Let’s talk shop? Tell us more about your career, what can you share with our community?
In a day of creating your own content, being a multi-hyphenate, and being a triple, quadruple, quintuple threat, I just want to act. One day, I might venture into more, but after all the degrees and detours and other professions, all I want to do is act. And do wushu. And act while doing wushu. And do wushu while acting. I’ve already shared some of the challenges and lessons of my journey to get to this point. I think what I want the world to know is that I’m just getting started. And that the stories I most want to tell are the ones that not only reflect the fullness and complexity of humanity, but those that (as my good friend and writer/director Brad Kageno says) can inspire and change culture. That is what I am most excited about.

If you had a friend visiting you, what are some of the local spots you’d want to take them around to?
Let’s say there was no pandemic and we were free to roam, we’d visit the less crowded beaches just south of Venice, go rock climbing and bolder hopping at Malibu Creek State Park, hike Griffith Park and hang out at the observatory, sit and chat at the Japanese Garden at Brand Park in Glendale, spend a day at the LA Zoo, take a wushu class in Chinatown and then eat wonton noodle soup at Zen Mei Bistro.

We’d catch a play at East West Players and an improv show at Cold Tofu. Eat at Yu Chun, Hangari Kalguksu, and Quarters in Koreatown, get okonomiyaki in Little Tokyo because I have been dying to try it, feast on pork potstickers from Luscious Dumplings, and make our own hot pot at Earth Kitchen in the San Gabriel Valley. 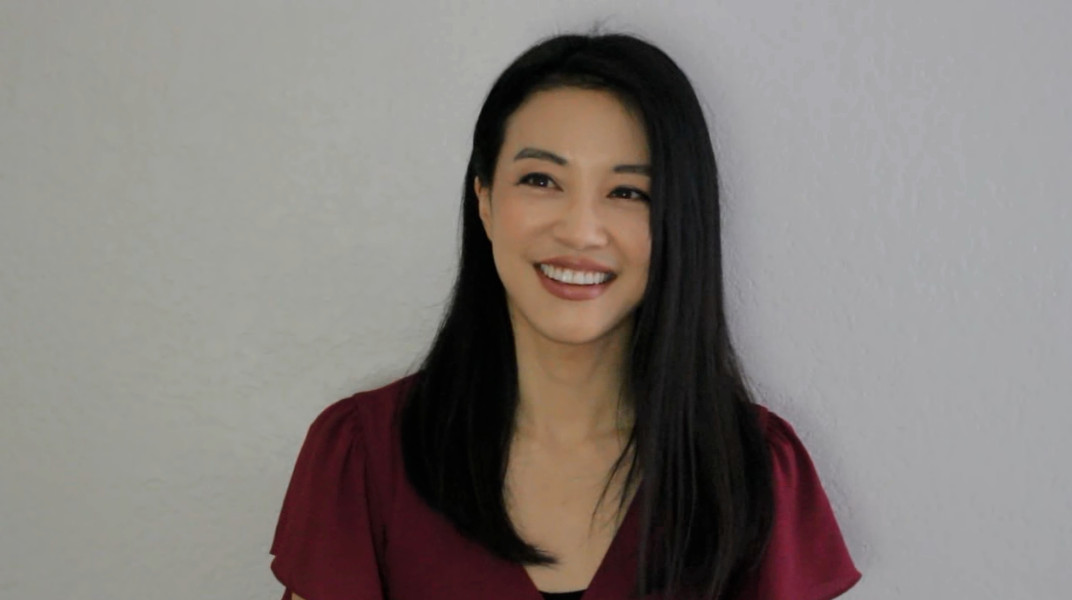 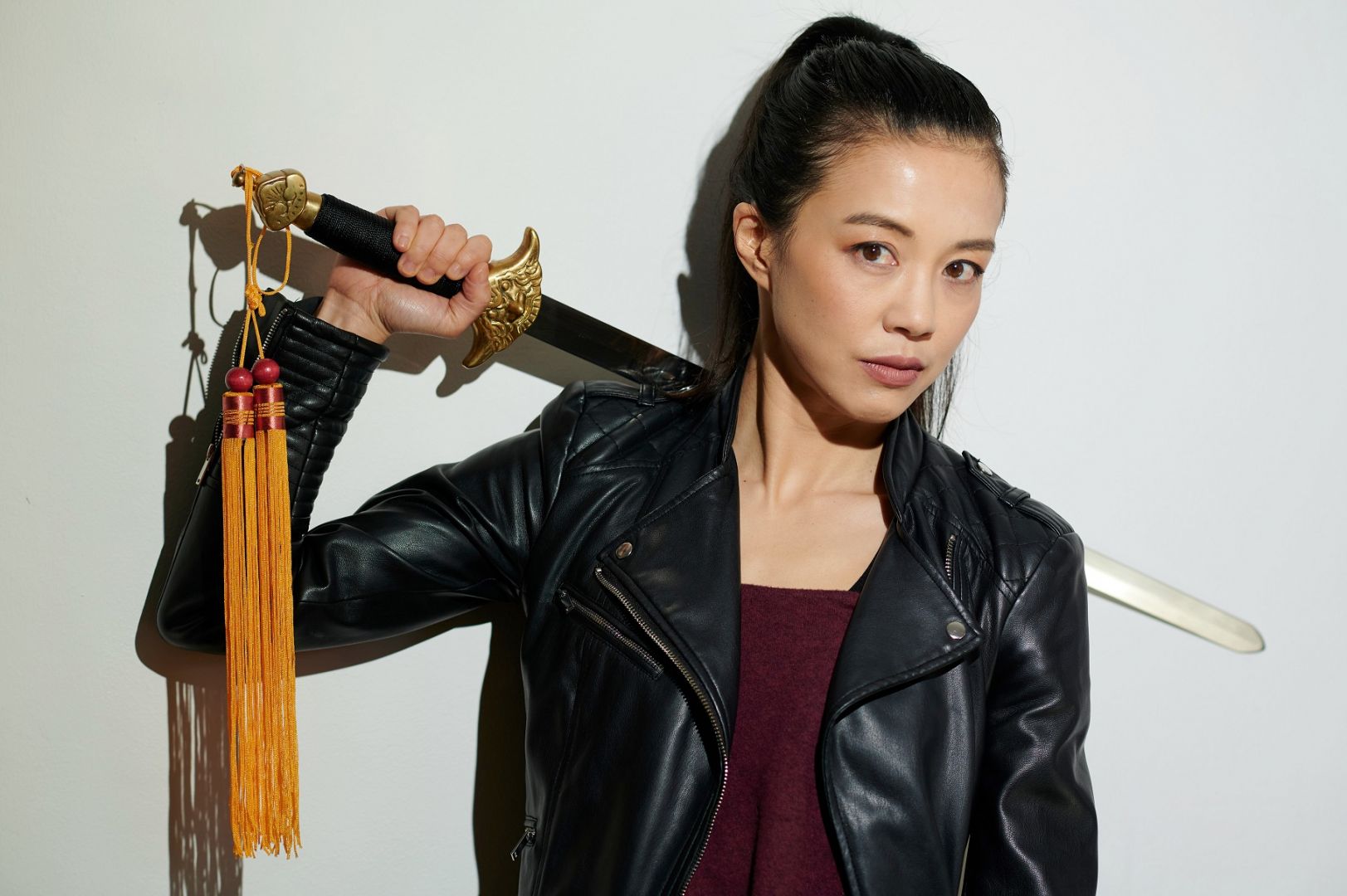 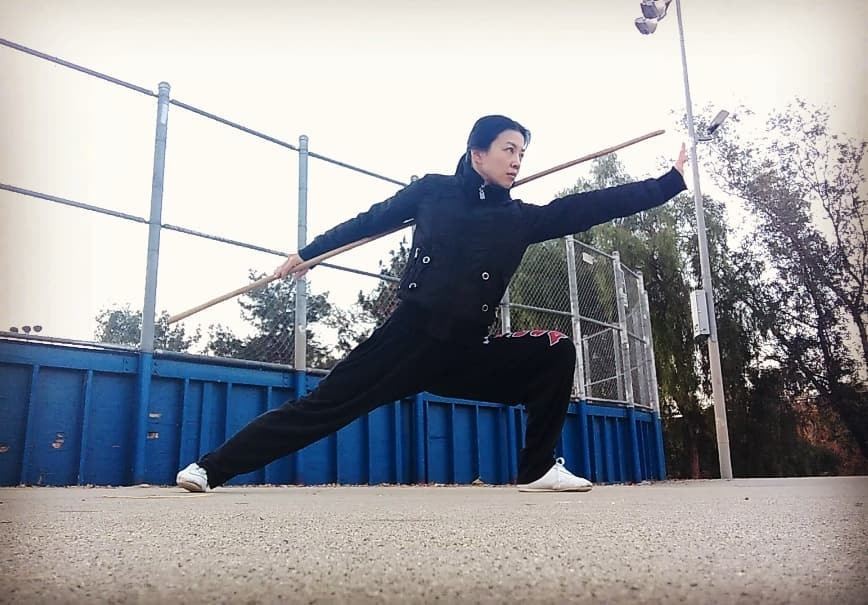 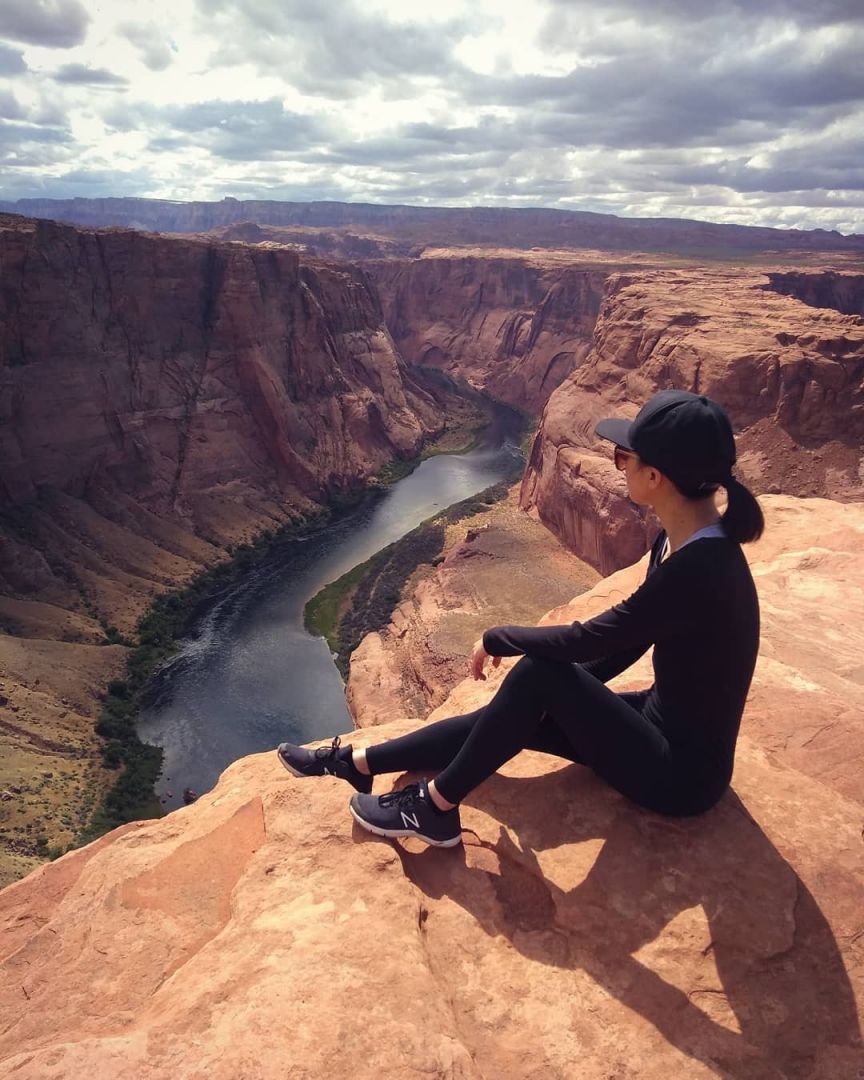 Who else deserves some credit and recognition?
A good teacher is hard to find. And I have been lucky in my journey of acting to have found the teachers I needed at just the right time. Joshua Noble, MFA (Yale University). My first acting teacher, who not only had a way of calling me out for being inauthentic with my impulses (like, how could he tell when even I couldn’t?!), he empowered me to take space and ownership as an actor. “Never leave any part of yourself outside of the room,” he told me.

Sal Romeo, Friends and Artists Studio, salromeo.com. I found Sal after a long time of searching. He is both gentle and piercing at the same time, and I feel both safe and scared out of my mind in class, in the best way possible. He challenges me in ways I would rather not be challenged but need to be. I uncover more and more of my hidden self in his class, and there is more yet to be discovered. I also can’t let this opportunity go by without shouting out Coach Matthew Osborne at the National Wushu Training Center.

About 2.5 years ago, I finally allowed myself to start learning wushu (Chinese kungfu), and it has changed my life. Not only has it helped me become more at home with my body and its capabilities, and given me a new level of confidence, it has provided me with a supportive family of athletes and performers that have gotten me through the most challenging times of the past few years.