We had the good fortune of connecting with Heidi Webster and we’ve shared our conversation below.

Hi Heidi, why did you pursue a creative career?
I’ve always been drawn to music since I was a very young girl. I began writing and arranging music when I was eight years old. I think the form of expression that it brought me is what hooked me. Through out my life when I’ve stepped away from music even briefly I always feel like something was missing. Whether it was my career as a singer and performer in Las Vegas, a music therapist in hospice care, or a singer/songwriter releasing records, I’ve always found joy in sharing music with others. 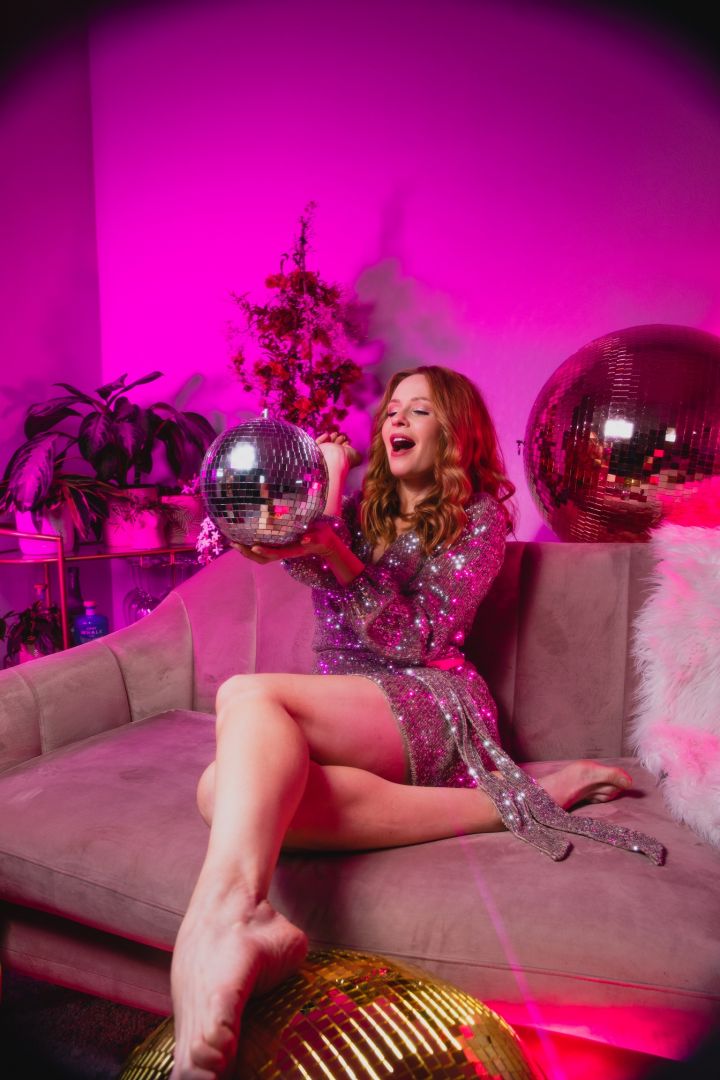 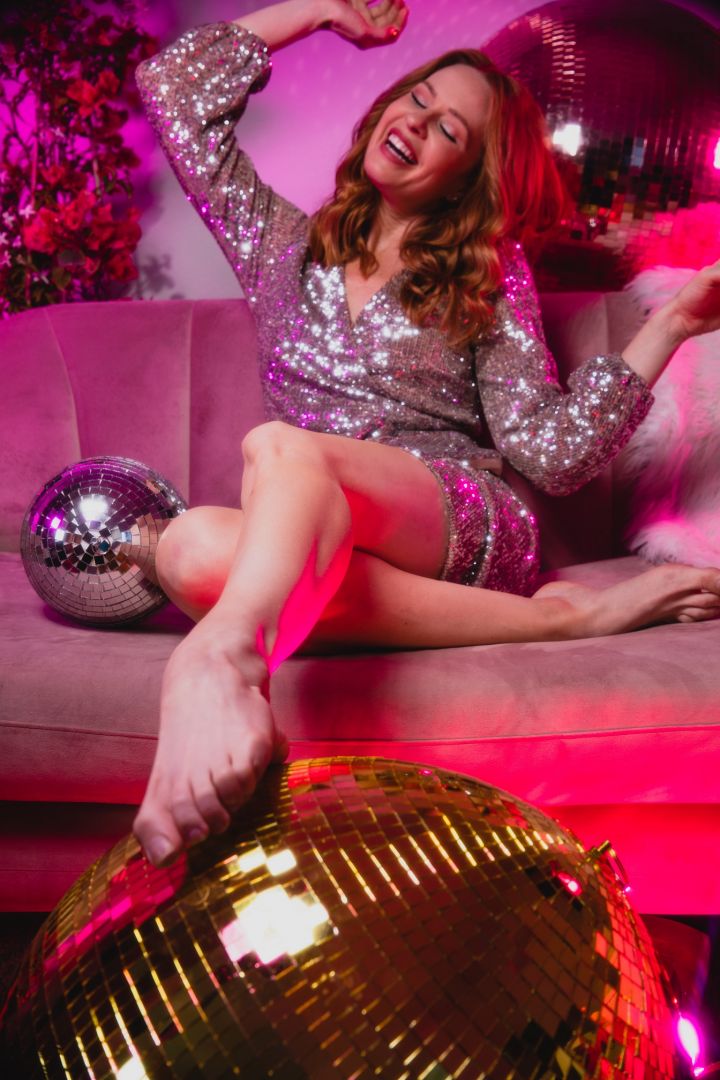 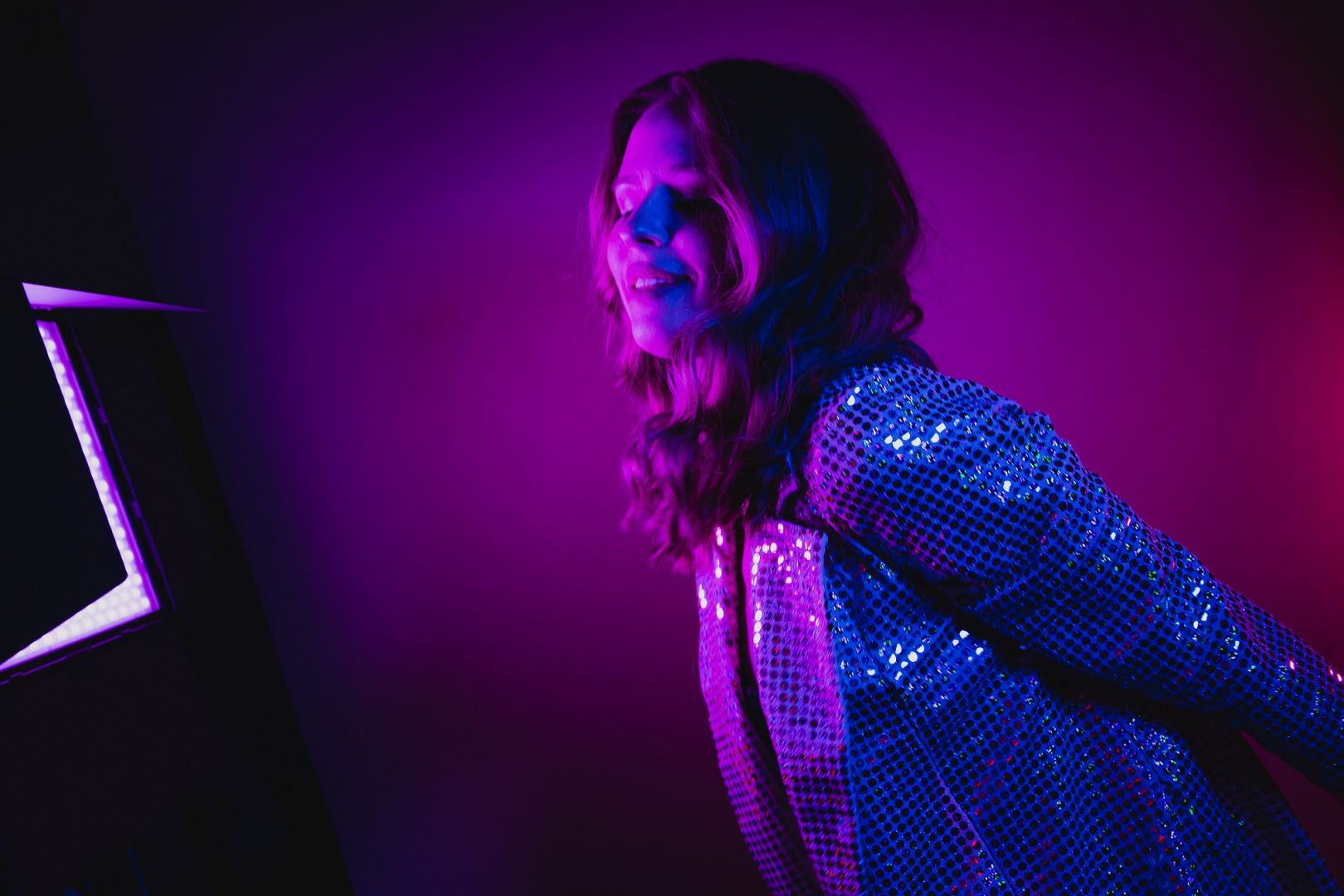 Can you open up a bit about your work and career? We’re big fans and we’d love for our community to learn more about your work.
Over the past year and a half I’ve released six singles and during that time I’ve learned a lot about who I am as an artist and writer/producer. I’ve been writing songs since I was little but it wasn’t until the pandemic that I really got the courage to put the music out there for the world to hear.I have been working on the EP for over a year and started to see a a theme in the songs that I was writing. I noticed that somewhere in my lyrics I always include some reference to light & dark, although they all manifested in different ways. One of the biggest things I’ve learned about who I am as an artist is that people want honesty. The more that I lean into who I am and what I have to say, and the more vulnerable I am, the more people who want to listen. This is something I find true about artists that I love as well. As a musical artist in any field it can be incredibly easy to doubt yourself. Imposter syndrome will creep in and tell you that you’re not good enough or that you’re not going to make it. But the truth is, we are all doing it. The most important thing we can do is keep going and believe in ourselves. My very first EP, titled Night Light, will be released November 22nd.

Any places to eat or things to do that you can share with our readers? If they have a friend visiting town, what are some spots they could take them to?
Oooooo! I love this question! I would say if you are coming now around fall it would be so perfect to go to the Hollywood Bowl. There is something magical about that place. It’s gorgeous to be outside and enjoy an incredible performance from the LA Phil or another artist that you love. I would say spend the day hiking in Griffith Park and then grab dinner at the Alcove in Los Feliz before heading over to an evening under the stars at the Hollywood Bowl. 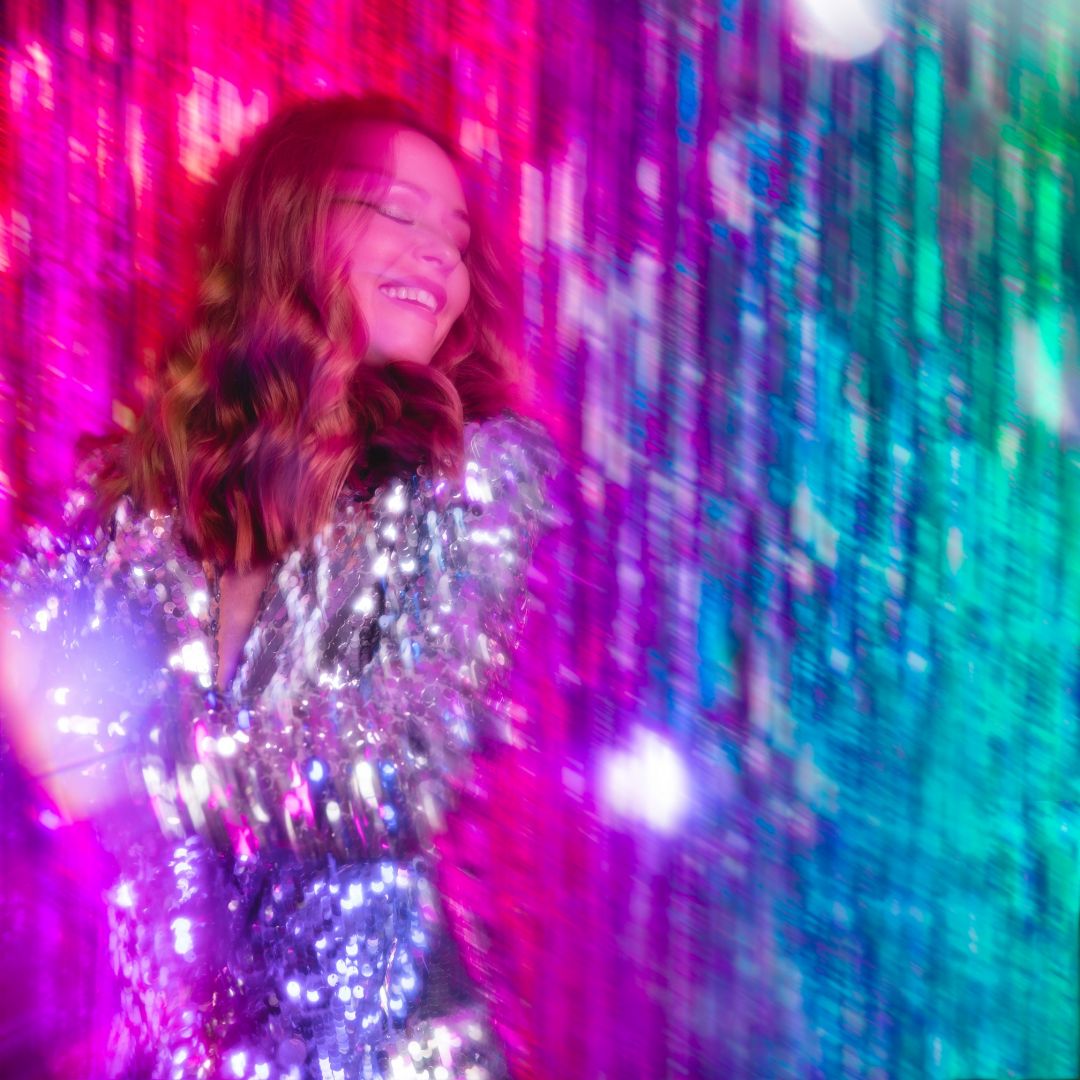 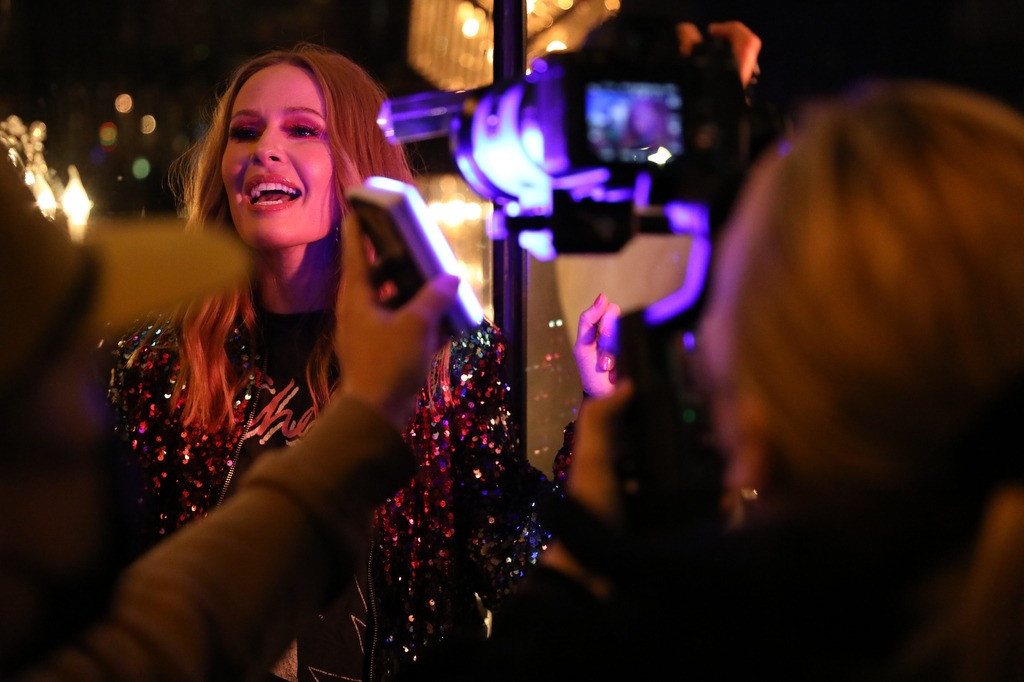 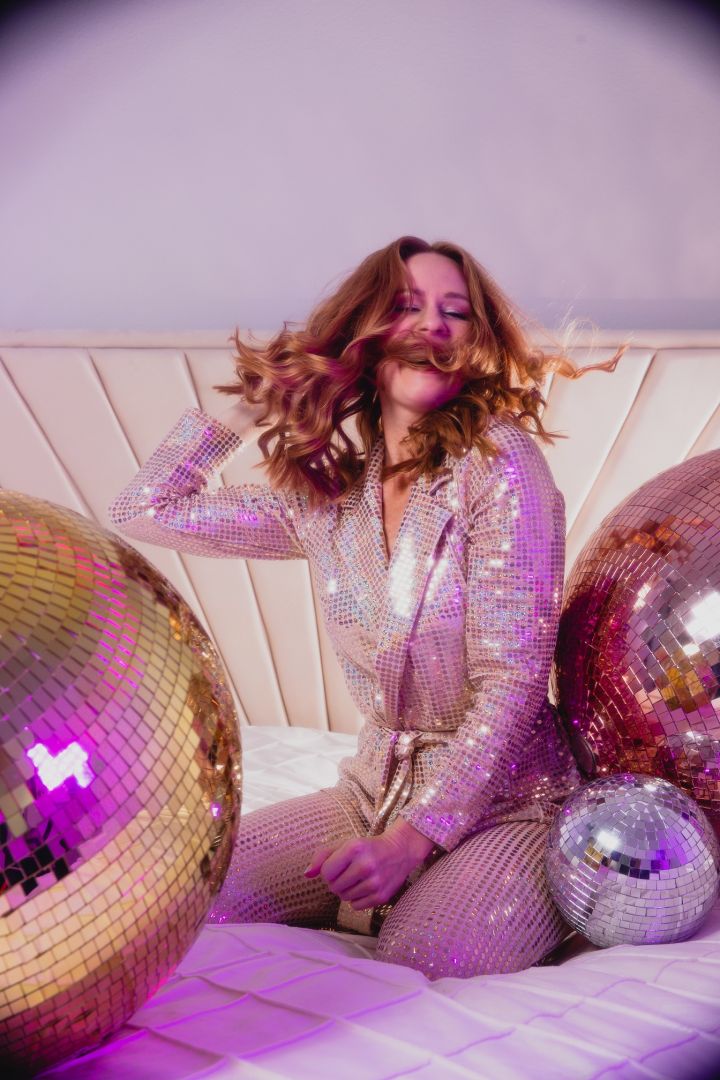 The Shoutout series is all about recognizing that our success and where we are in life is at least somewhat thanks to the efforts, support, mentorship, love and encouragement of others. So is there someone that you want to dedicate your shoutout to?
When I first moved to Los Angeles in 2018 I had some incredibly talented people that helped me along my journey with understanding how to write music and produce records. I started working with my friend, BMI Award Winning composer, Mark Vogel, who really taught me how to sing for a record, which was so different than my time performing on stage. Tom Weir, Grammy-Award winning Engineer and studio owner of Studio City Sound, became a friend and this studio is where I record all of my music to this day. He’s offered up an awesome space for artists to make magic. Some of my first encounters with sharing my music was when I had the pleasure to meet Keith Olsen, Grammy-Award winning producer for Fleetwood Mac. He became a mentor to me before he passed away in 2020. Another person I have to give a big shout out to is John Houlihan, the Senior VP of music at 20th Century Studios. It was because of John that I got my first song in a feature film. John has a gift of seeing the best in people and bringing it out in them. Through his mentoring I have learned so much about sync & licensing, which is a new turn that I’ve taken with my music. Through my journey of releasing music I’ve become confident with skills as a writer and producer and give a big thanks to Andrew Schwartz, my co-producer and engineer, who has put his trust in me in creative projects together. And also Kat Hennessey, film-maker/director and my creative partner in all things visuals when it comes to my music. She has believed in me for every step of the way and helped me believe in myself. It’s brought me so much joy to work with these incredibly talented people who have lead me to be the artist I am today.