We had the good fortune of connecting with Jacob Yanes and we’ve shared our conversation below.

Hi Jacob, where are your from? We’d love to hear about how your background has played a role in who you are today?
I grew up in Cambridge, Massachusetts. In 1992 I left to attend St.John’s College in Santa Fe, New Mexico. The St. John’s “Great Books” program is based on the foundation works of Western thought and is rooted in classical texts and languages. There I learned ancient Greek, which I studied for the next several years with the intention of becoming a classicist. I left St. John’s with a strong conviction in the value of dialectic inquiry and the (often misused and misapplied) foundation works of classical thought. But when I resumed my study at Brandeis University in 1995, I did an about-face and moved eagerly to the practice of sculpture. I discovered that, much like Latin or Greek, sculpture was a language composed of body, structure and form, image and material, substance and shadow; and it was sculpture’s particular, physical syntax that could allow me to developed my own voice in the world, and would consolidate my own personal and artistic concerns into a practice that would forsake nothing of what had guided me up to that point. The practice of sculpture would bring me closer to the
issues I felt were most urgent — and would allow me to communicate, defend and uphold the value and meaning of our individual lives. 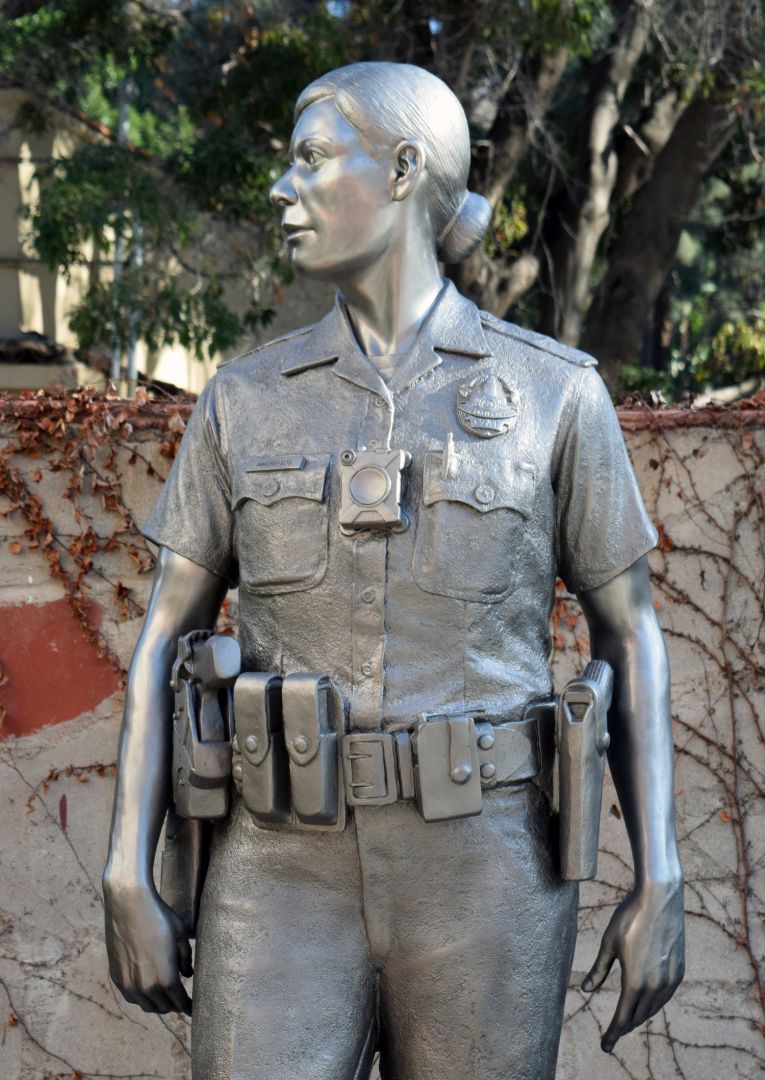 Let’s talk shop? Tell us more about your career, what can you share with our community?
When I started making sculpture as a student my intention was that the subjects of my work would be the base
forces of human relationship — need, desire, ethos, and love — and the way those forces conflict or align in our lives.
But around the time I entered the Graduate Art program in Sculpture at UCLA in 2006, I began to see that the issues I cared most about happened all around me, not in an abstract realm, but
in the present, everyday lives of people I
cared about. I understood that the struggles that seemed most important were being played out in my own relationships and within those of the people around me. I began a new body
of work, in which I used the language of
figuration I had developed to depict contemporary people some of whine who were in my life and for whom I cared deeply. My intention was to honor their individual manifestations of selfhood, as shaped through the sometimes uneasy relationship to the world they inhabited. My personal imperative was to exercise compassion towards the aspirations and vulnerabilities that make us human. As I made this work, the issue of my relationship to my subjects, my feelings and experience as maker — the failure or success of my empathy and understanding as manifest within the sculptural object, my failure or success in dealing with the pitfalls and ethics of
representation — were made very personal and immediate, and for the first time, were pushed to the surface. I wanted the making of a sculpture be an act of love; but through this effort, unexpectedly, my work became more outward, active, and political. 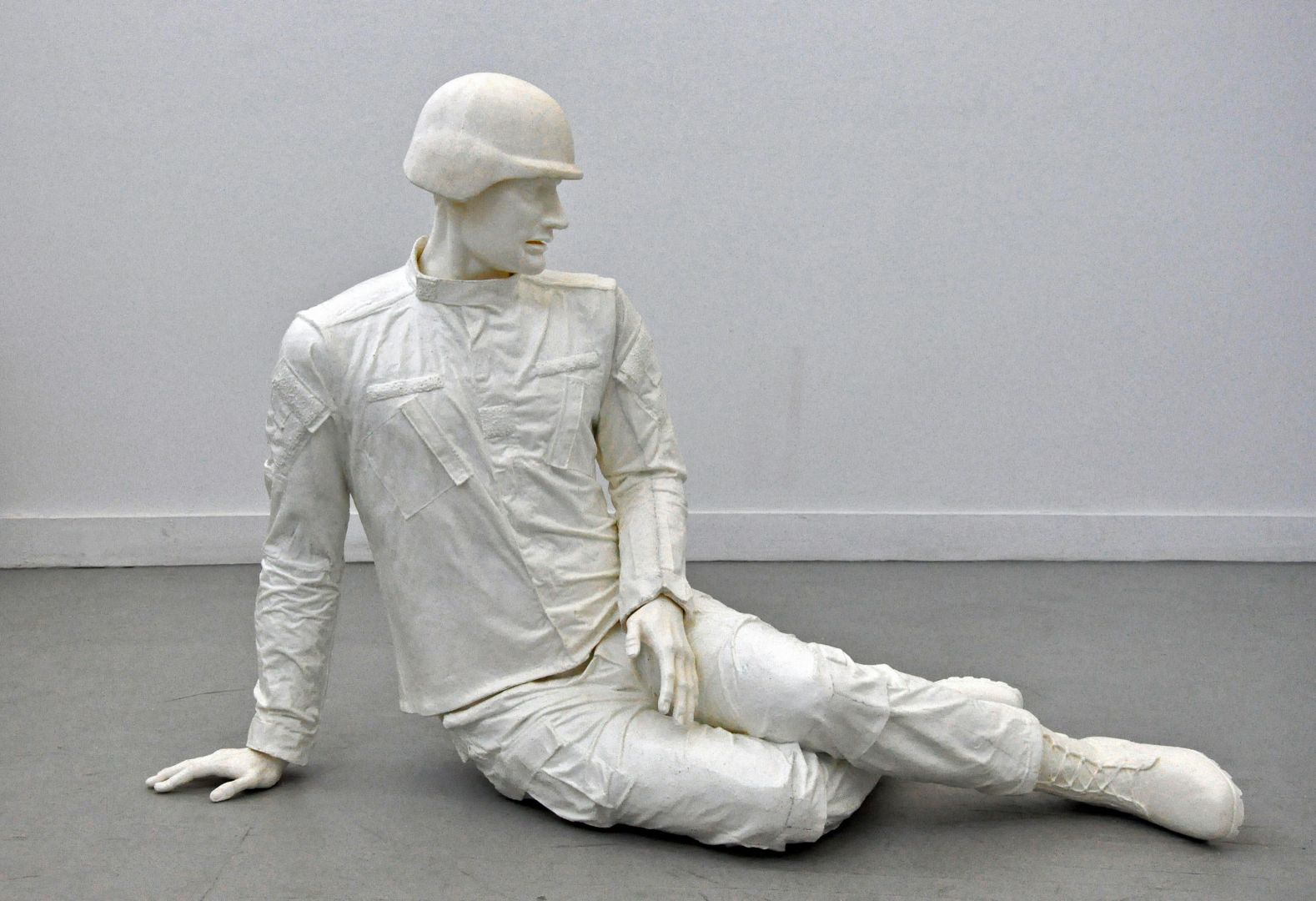 Let’s say your best friend was visiting the area and you wanted to show them the best time ever. Where would you take them? Give us a little itinerary – say it was a week long trip, where would you eat, drink, visit, hang out, etc.
A drive all the way down Pico listening the Betty Wright, a drive through Topanga Canyon listing to Crosby Stills and Nash, driving though downtown listening to KDAY. Dinner in Monterey Park. 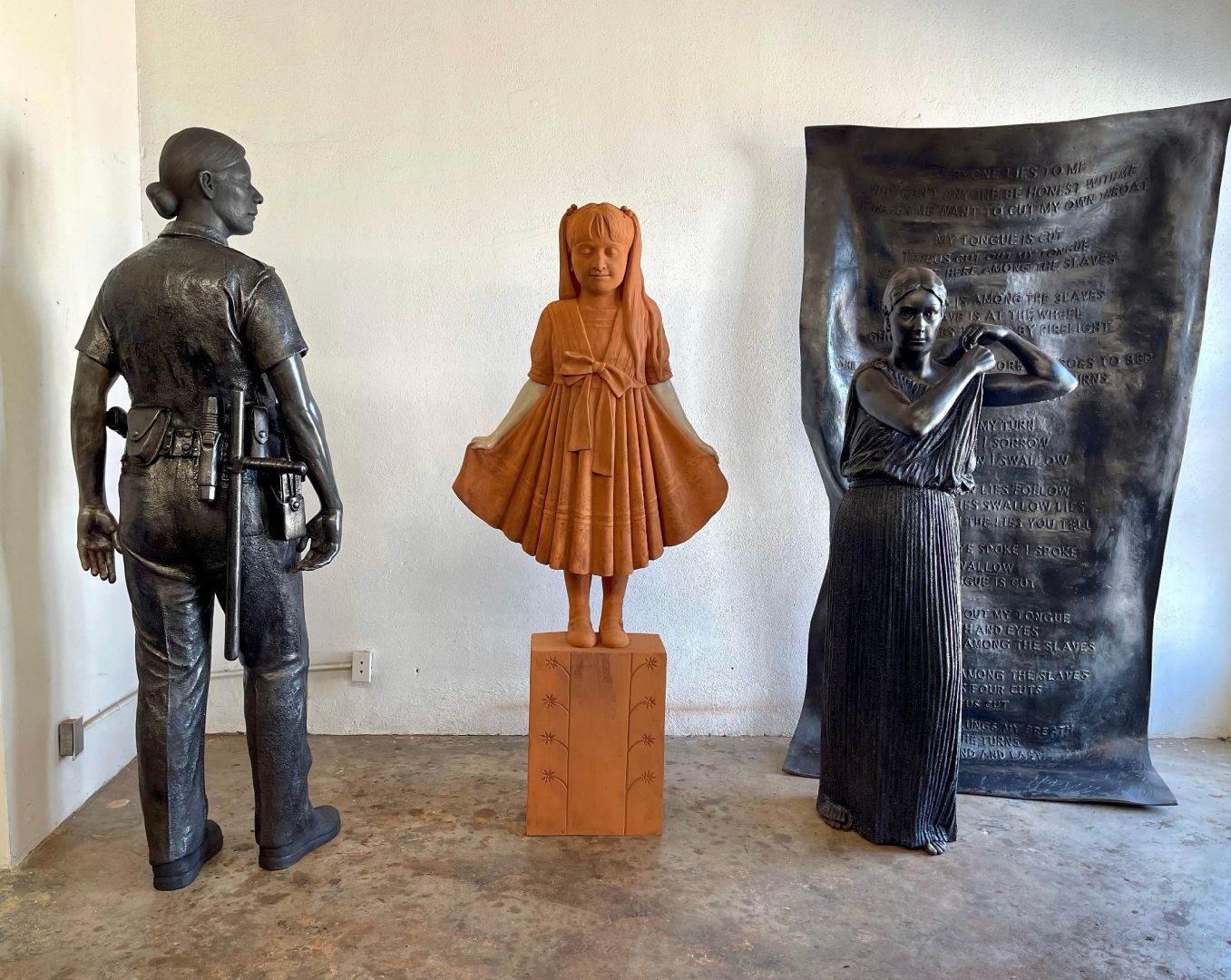 Who else deserves some credit and recognition?
Oh boy- so many. Tolstoy’s Anna Karenina saved my life when I was twenty. My mom’s love saved my life multiple times. My brothers camaraderie saved my spirit a bunch of times. My father and grandfather introduced me to the arts. Rodin’s “St John the Baptist Preaching” showed me how sculpture works down to its core mysteries.