We had the good fortune of connecting with James Cotten and we’ve shared our conversation below.

Hi James, what role has risk played in your life or career?
In some way, everything is a risk in the movie business. Investment in the films are risky. Putting yourself out there as an artist and hoping for others to validate your work by paying to watch it. Pretty risky. Coming to a town with no money and no contacts for a dream of doing something that everyone tells you is impossible. Yep, that too. Risk is just the fear of failure or loss. Lose the fear and all you have is potential. I’m from the border of Arkansas and Oklahoma. My Dad told me, after I explained my dream, that it was me who would have to live with the consequences if I failed. But what did I have to lose? Along the way, I’ve lost a lot, large investments of hard earned money to slimy con artists, time and energy on things that just don’t get off the ground. But every loss was a lesson. More importantly, what I’ve accomplished far outweighs the losses. I’ve lived a dream life, seen and done things I was never supposed to do. Why? Because I didn’t let the fear get in my way. The risk was a challenge. As long as you work harder than everyone else, you can do anything you want to. Of course, I’d like to be further than I am, but I’m thankful where I got to. I do chase dragons, but I’m enjoying catching one once in awhile. 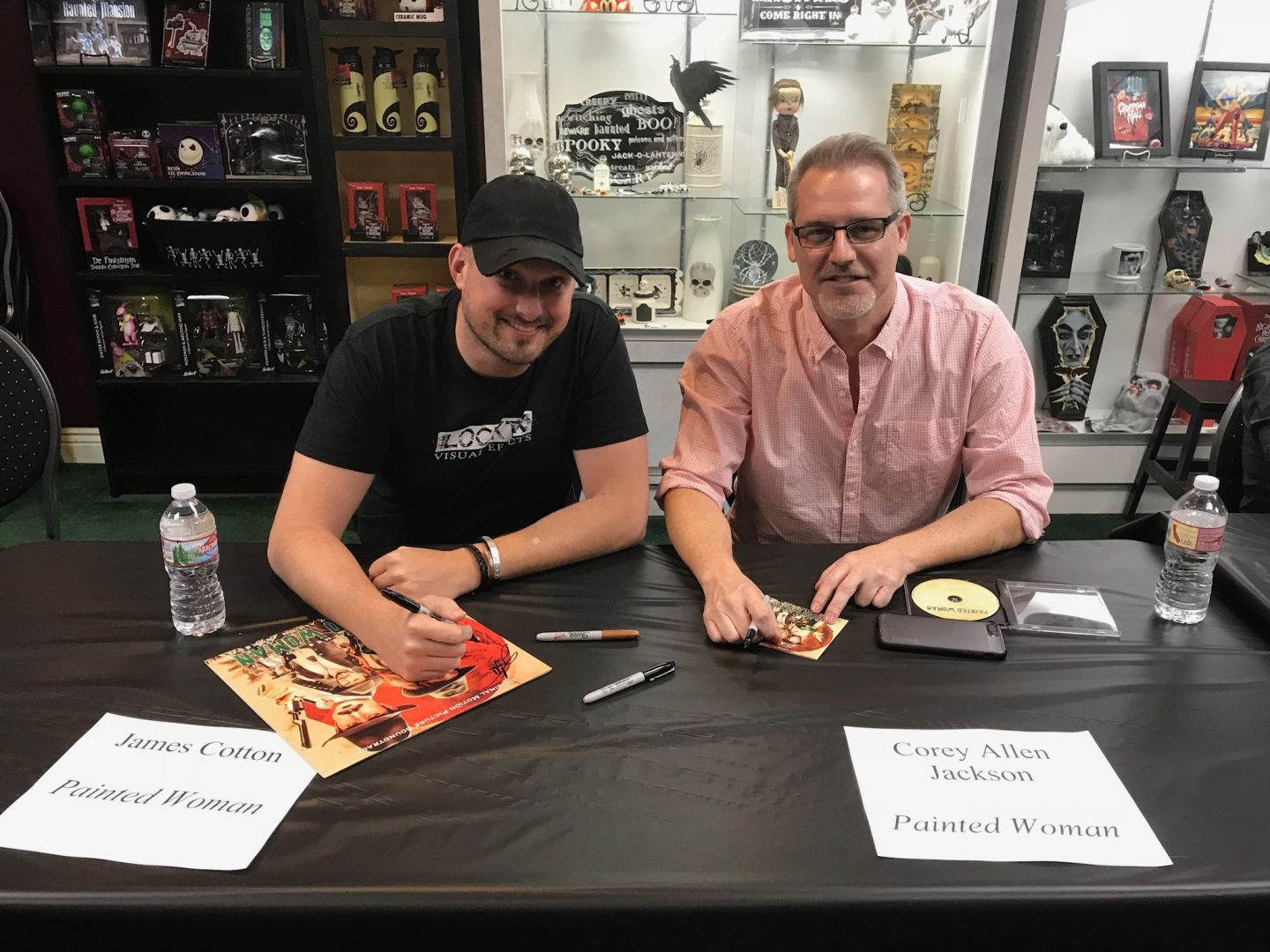 Let’s talk shop? Tell us more about your career, what can you share with our community?
I wasn’t given any keys to the kingdom, nor did I have any relatives in the business, large stacks of money to invest myself, so everything I’ve done is through hard work, building relationships, understanding the business side of art, selling people on it, and making the best with what you have. I learned that from Roger Corman and I’ve been applying it for 20 years. It’s a craft to do things on the lowest amount possible, while still making something that can be sold or that anyone wants to watch. I’m still chasing that elusive film that was funded by the amount it needed to be its best. My career is based on what comes my way and making the most out of what I’ve been given to work with. There is beauty in that. It’s led to many kinds of stories that maybe I wouldn’t have tried to make on my own. But as a project I found something that Ioved in it and wanted to do. It’s made for an eclectic resume with demon prostitutes, Tijuana cartels, Pot fairytales, and female empowering westerns. I like that I’ll never be the guy that makes those kinds of movies. I really like telling all kinds of stories, from the ones that are just there to entertain you to the ones worth telling. 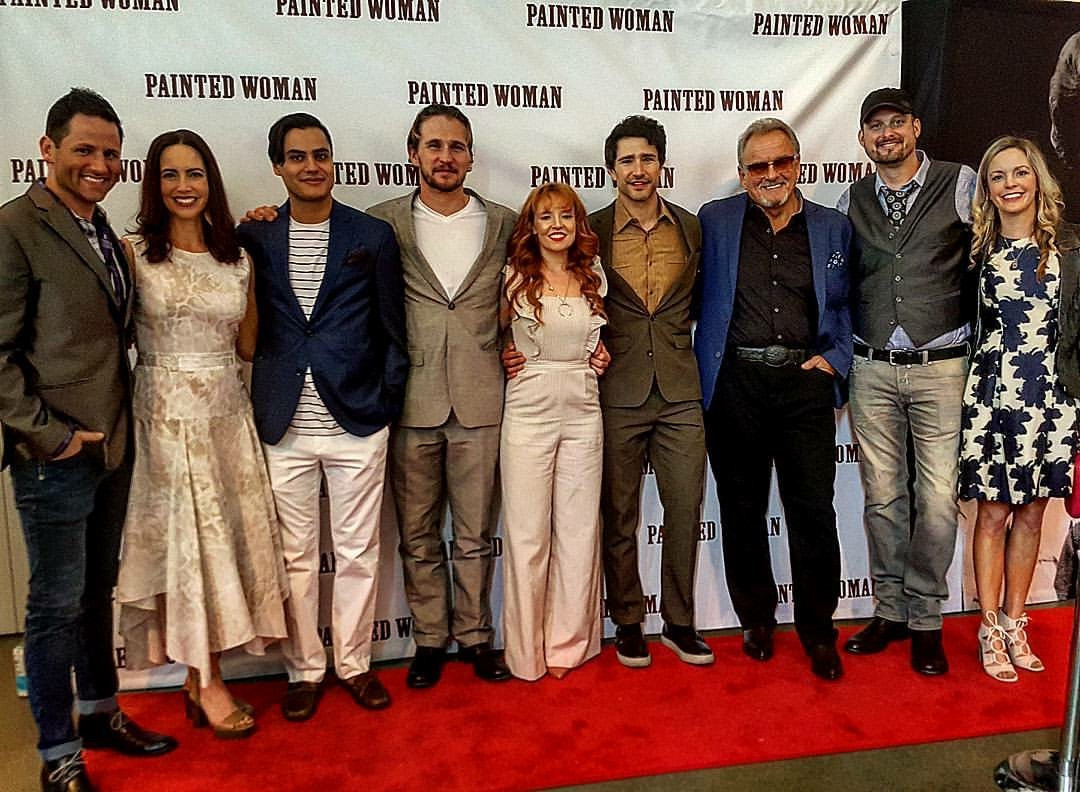 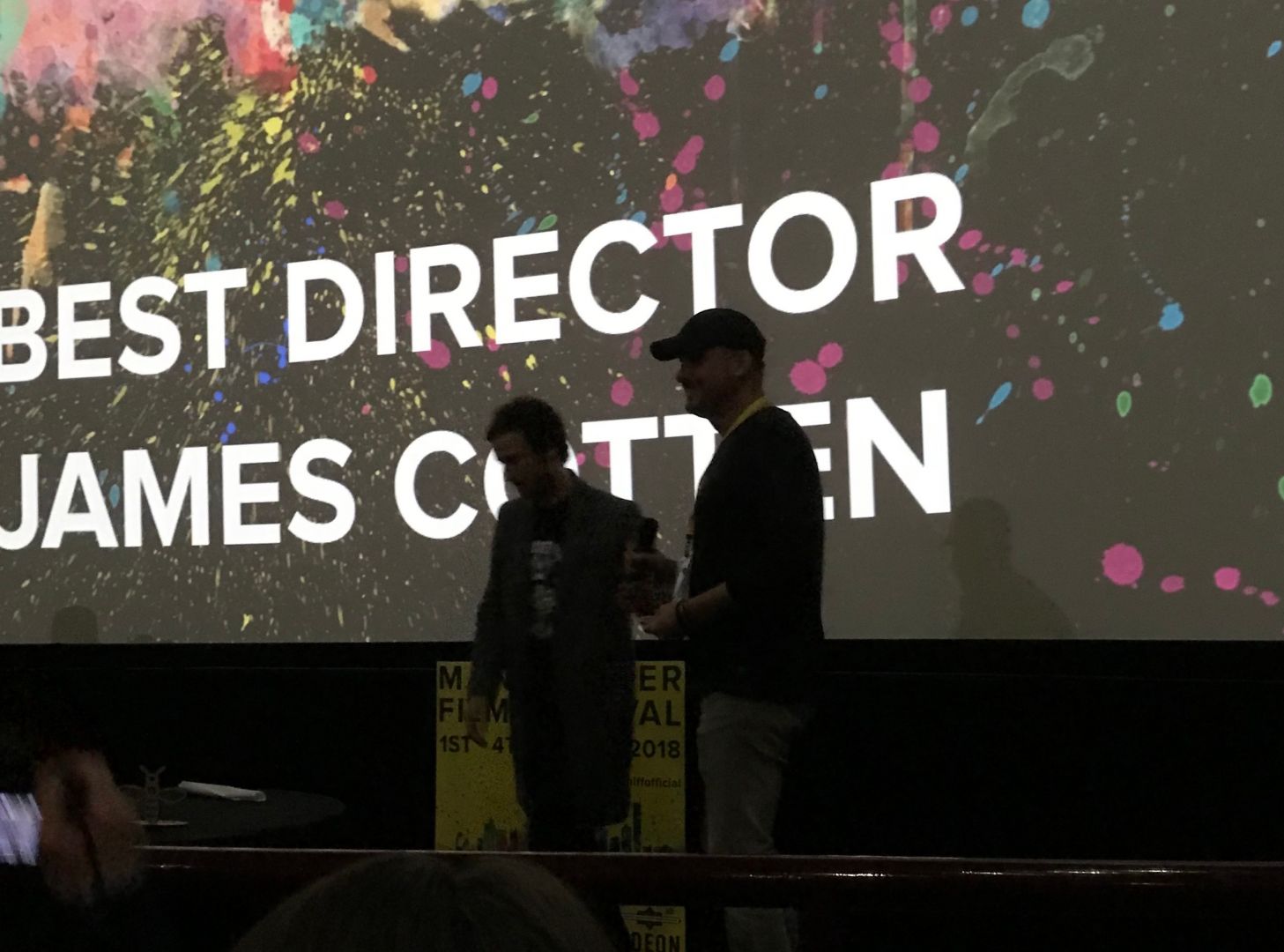 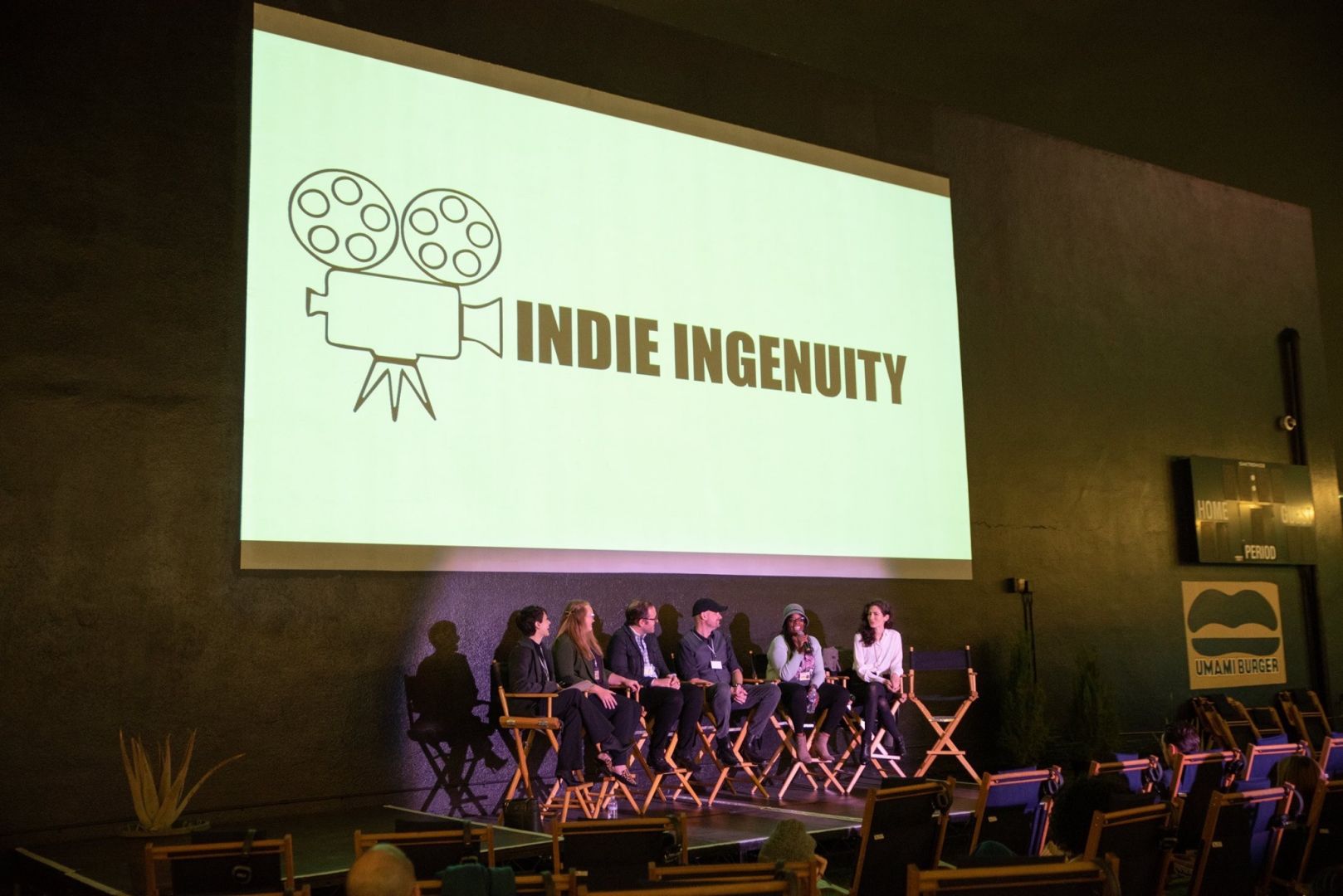 Any places to eat or things to do that you can share with our readers? If they have a friend visiting town, what are some spots they could take them to?
I love Griffith Park hikes. To stand at the Observatory and look over the city at night with that Los Angeles warm glow. That’s where you feel LA. I like driving through the Roger Rabbit tunnel, too. The pier at Santa Monica is classic and a must do. I’m the nerd that will drive you to the studios and give you the historical significance/todays box office numbers of each. I think everyone should eat at Phillippe’s downtown, go to a movie at Grauman’s for the best IMAX experience, or just sit on the beach at Malibu. For barbecue, we’re going to Bludso’s on La Brea. For Ice Cream, Gingers in Venice. I hope someone cool is playing at the Troubadour. If not, there will be something going on at the Bowl. My wife works for Center Theater Group so hopefully there will be a good show. And I’m always down for the museums, especially during the beginning of summer for Jazz nights. 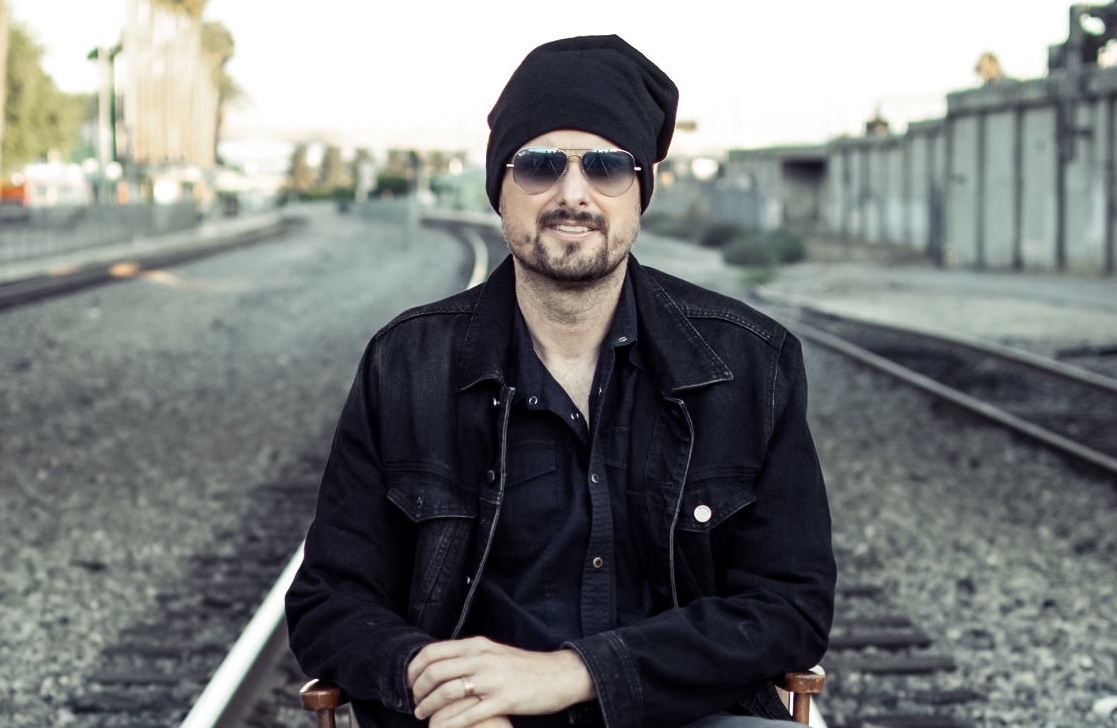 Who else deserves some credit and recognition?
As a kid, I did everything you’d expect a filmmaker to do. Rocky Walker and I would gather the kids and make a movie while our parents played cards on Saturday nights. My father invested in a chain of movie rental stores called Movieland. That’s where my love of films really started to grow. In 1994, HBO shot Tuskeegee Airmen in my hometown of Fort Smith, Arkansas. I was a local news producer who just wanted to do a story on this big Hollywood film coming to our area. I’m very thankful to all the people, including director Robert Markowitz and local casting director Ricki Maslar, who cast me and kept me around for the whole shoot. Without them, I wouldn’t believe being in the movie business was possible. I finished college and jumped on a plane for England, where I went to the London Film School. All the students that I hung out with and inspired me there made me a better person. And I landed at the Los Angeles Film School, were I first started meeting some huge influences and mentors. Joe Byron was always special to me. Amedeo D’Adamo and Daniele Suissa really pushed me to get better. Excellent mentors. The school sole owners at the time Paul and Diana Kessler believed in me and helped me get my first film with the legendary Roger Corman. I can’t say enough about Roger. I’m so happy I’m on the end of his list of directors he started in the business. Andy Garcia was a great mentor while I shot La Linea. There are so many people along the way. And every movie is a village of talent, and no film is just one person. Everyone I’ve worked with along the way has had major influence for sure.