We had the good fortune of connecting with Jamie Sanders and we’ve shared our conversation below.

Hi Jamie, why did you decide to pursue a creative path?
I have always been a very creative person and have been interested in many different creative endeavors. This started as young as 4 years old, when I started performing in musicals around the Columbus, OH area (where I lived at the time). After moving to Cleveland, I continued doing so, in addition to playing classical piano (I took 11 years of lessons) and performing in Show Choir. At the same time, I developed my love of writing — carrying around a notebook to write short stories in when I was 7, competing on a creative writing team called Power of the Pen during middle school, and majoring in journalism in college. I was bitten by the creative bug when I was born and it has only gotten stronger throughout my life! I always knew I would be doing something creative — while it changed from my childhood dream of performing on Broadway to my current career as a copywriter and blogger, and to my side hustle of Disney bounding, I will never, ever stop being a creative soul! 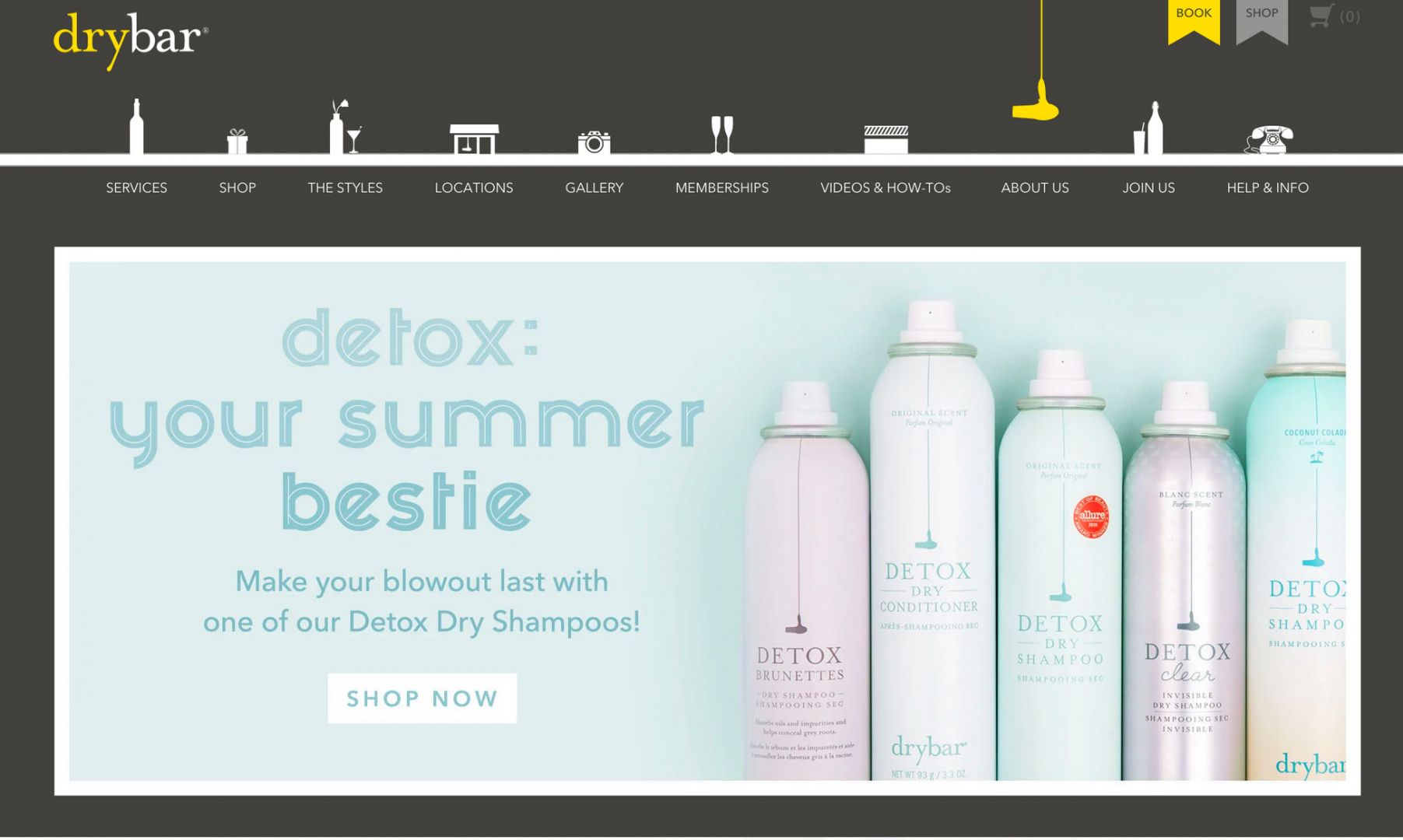 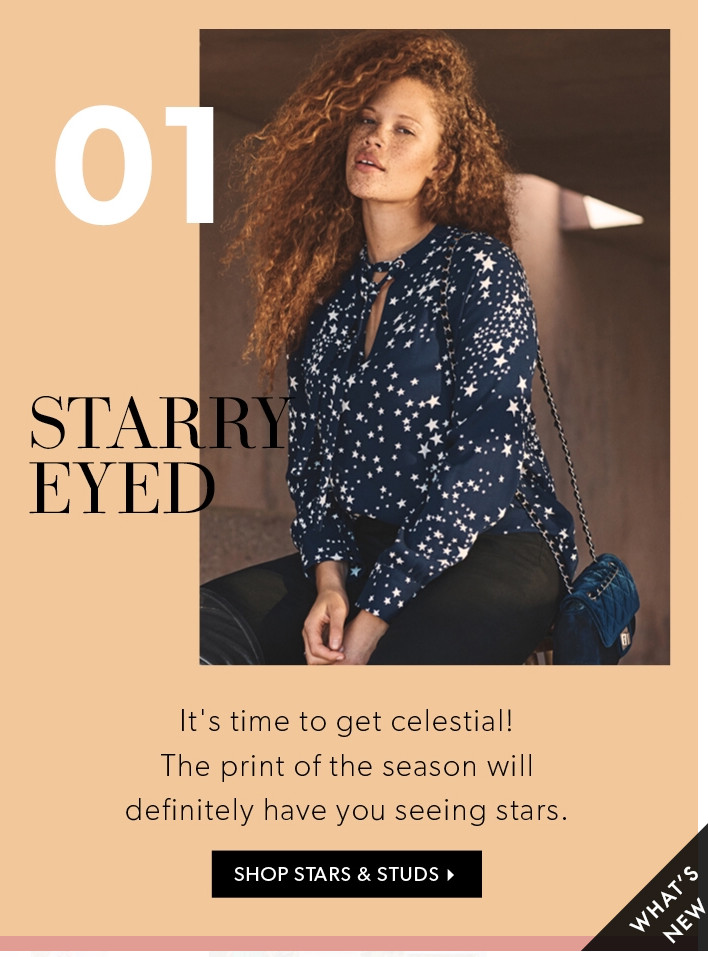 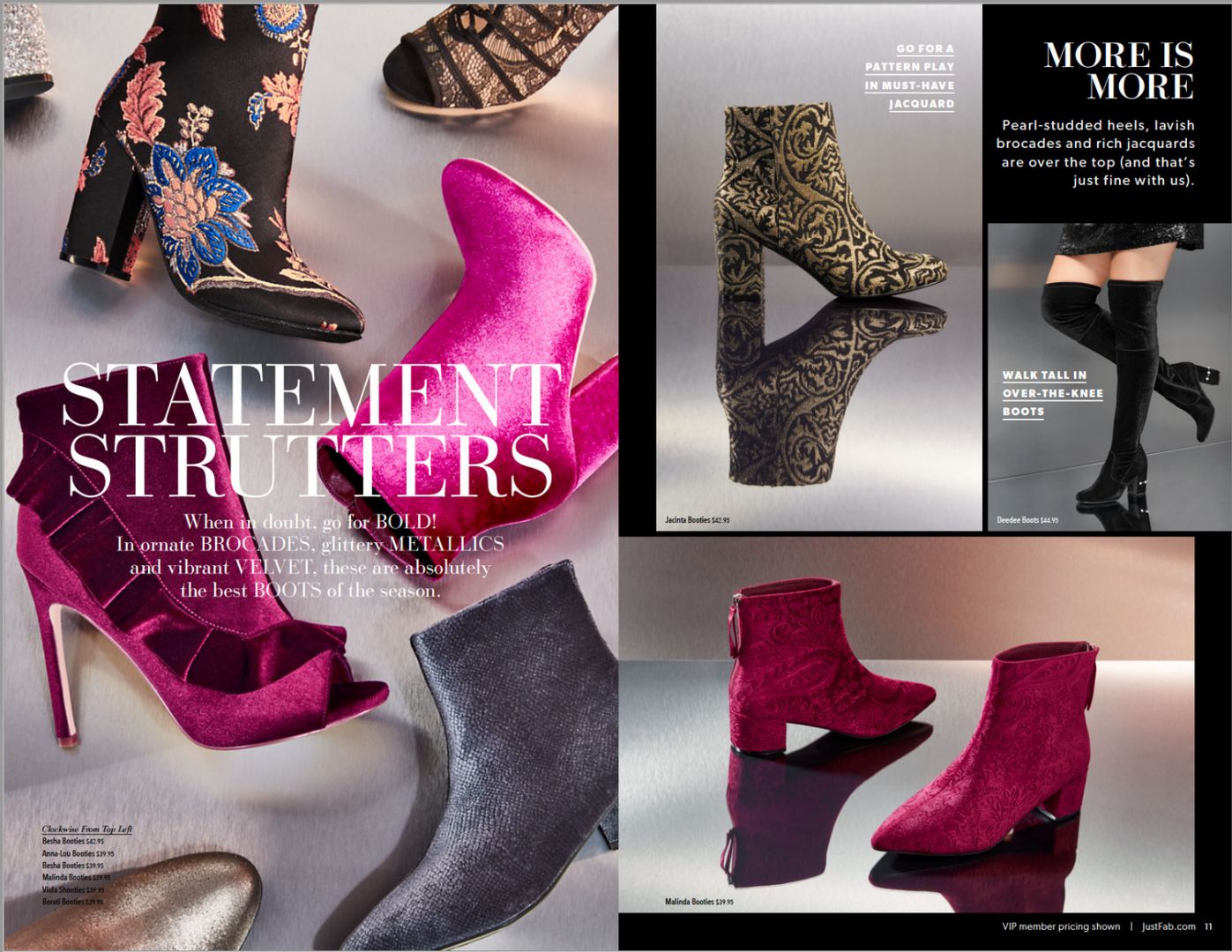 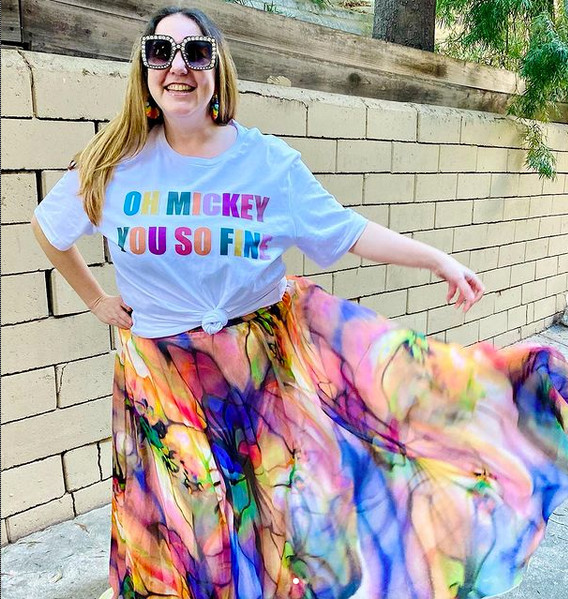 Alright, so let’s move onto what keeps you busy professionally?
It has definitely been a long, winding road! When I went to journalism school, I envisioned myself as the Editor-in-Chief of Seventeen Magazine. If 13 Going on 30 had existed back then, I definitely would have idolized Jenna Rink. As it was, I always knew I would move to New York City after college to pursue my dream of working in magazines — and I was very lucky that an internship at Harper’s Bazaar right after college quickly progressed into a job as the Editorial Assistant, and a promotion to Fashion Credits Editor a year later. However, while my time there certainly cemented my lifelong love of fashion and beauty, it also made me realize my true calling was outside the magazine world. I applied for a job as a Copywriter at Ralph Lauren, got it, and the rest was history. I always say it’s like the heavens opened and said, “This is what you should have been doing all along.”

It hasn’t necessarily been an easy road to where I am now — I’ve certainly suffered my share of horrible bosses, less-than-gratifying jobs, and times crying in the bathroom (luckily, all earlier on in my career). But now, finally, I am doing what I REALLY want — I’m full-time freelance and work with a lot of truly amazing clients that have been on my bucket list for years. I don’t think that would have happened without my prior experience both in NYC and in LA (where I’ve lived for the past 5 years), all of which shaped me into the person I am today and helped create the career I’ve worked so hard to create. The most important thing I’ve learned along the way is to try and see every experience as a positive one — even the negative ones! The bad bosses, the less than stellar jobs, they all helped to shape me. They all helped me figure out what I DID want in my life and in my career. It also helped me to realize my full worth, which we creatives are always fighting for!

As far as my brand and my story? I would love for the world to see me exactly as I describe myself in my Instagram bio: Fashion and beauty writer living a happy, colorful life 🌈 French fry connoisseur 🍟 Disney style and bounding 🧜‍♀️ Live in LA 🌴  And, also, to know me as a writer, of course! My LinkedIn profile begins by saying: “If you need words, I can write them.” I hope my clients will tell you that’s true!

Well, I assume this is happening either pre or post COVID times, since sadly, a lot of my favorite places have closed at least for now. But assuming all of my favorite things to do and places to go are back open, here’s what I would do!

Griffith Observatory, both for the views and for the planetarium! Best planetarium show I’ve ever seen. I’m not a hiker, though, so I’m leaving Griffith Park to other people. 😂

Ole Henriksen Spa: The BEST facial and massage I’ve ever gotten (and I’ve gotten a lot). It’s pricey, but worth every penny. You’ll walk out feeling like you slept for a year, not to mention your body will be super relaxed and your skin will be glowing.

189 at Dominique Ansel: My absolute favorite place in LA for brunch! It’s dim sum style, but typical brunch foods with a Dominique Ansel twist. Plus, mini cronuts! I’ve taken EVERYONE here and it has never, ever disappointed.

Cocktails at Bibo Ergo Sum: My favorite cocktail bar! It’s hidden on a wall in the same little complex as The Henry, and the cocktails are to die for.

Dinner at Della Terra: Hands down, the best Italian restaurant in LA. I used to go once or twice a month, now I order at least once a month. You’ll never find better Penne Arrabiatta anywhere!

Disneyland: They don’t call it the happiest place on earth for nothing! I’ve been an Annual Passholder since 4 days after I moved to LA and it’s the best decision I’ve ever made. Every trip is different, and I love experiencing it with new people. My favorite rides are Peter Pan and Guardians of the Galaxy.

Strolling up Abbot Kinney: My favorite Sunday activity! I love all the shops (especially Burro and Tumbleweed and Dandelion, the latter of which has the couch I’ve been lusting after for 7 years).

Drinks at Good Times at Davey Wayne’s: I’ve celebrated more than one NYE here, I’ve gone on random Tuesday nights, I’ve gone on packed Saturday nights. Every time is so much fun, and entering through an old refrigerator just never gets old.

Breakfast at The Griddle: It’s an LA staple for a reason! Just make sure you get there EARLY (I’m talking 8am) to beat the crowds. Oh, and share pancakes, since one order can easily feed a family of six. But wow. Just. Wow. The BEST pancakes ever!

Mani/Pedis at Olive & June: All of their locations are fabulous, but I’m partial to the one on Canon. I love their own line of polish and the other lines they carry, and their services and attention to detail are impeccable. Somehow they make manicures last for two weeks and pedicures last for four, even with regular polish and not gel! I won’t go anywhere else for a nail appointment.

Drinks at Roger Room: Before I even moved to LA, I had my 35th birthday party here. I found it on Yelp, it looked cool, I decided to go for it. And I was right! It’s hidden in plain sight on La Cienega, and while it may be crowded, it sure is cool. I’ve never had a bad night or a bad cocktail here!

Popup Museums: I always go to whatever popup is happening at the time! I’ve been to basically all of them, and while some are better than others, you usually walk out with at least one good photo for your Instagram. And it’s a great way to spend an hour or two!

Concerts, Concerts, Concerts: I love live music. LOVE it. I grew up performing and even though I haven’t in many years (unless my car and shower count), I still love it. There are so many amazing venues here, like the Hollywood Bowl (my favorite summertime activity), the Troubadour, Hotel Cafe, the list goes on. Seeing concerts in LA is mandatory!

Dinner at Petty Cash: One of my fave restaurants! Such good tacos and margaritas, and I dare you not to be tipsy off of one (they’re STRONG).

Comedy at The Comedy Store: Another one of my favorite things to do in LA! I go at least once a month. Seeing the top comics in the world for only $20?! How can you pass that up? 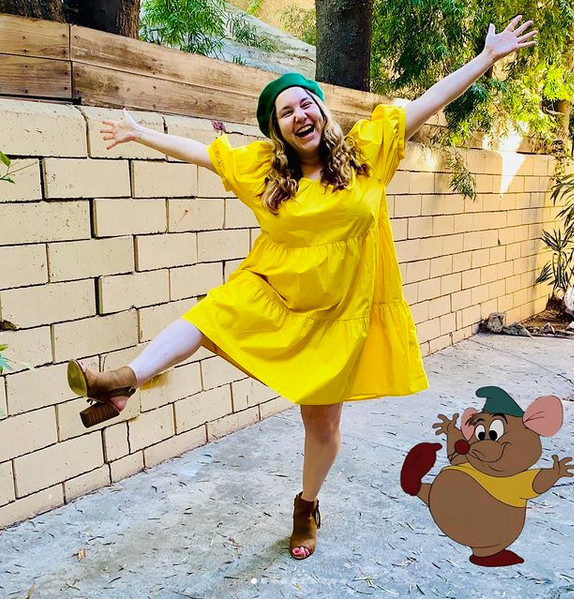 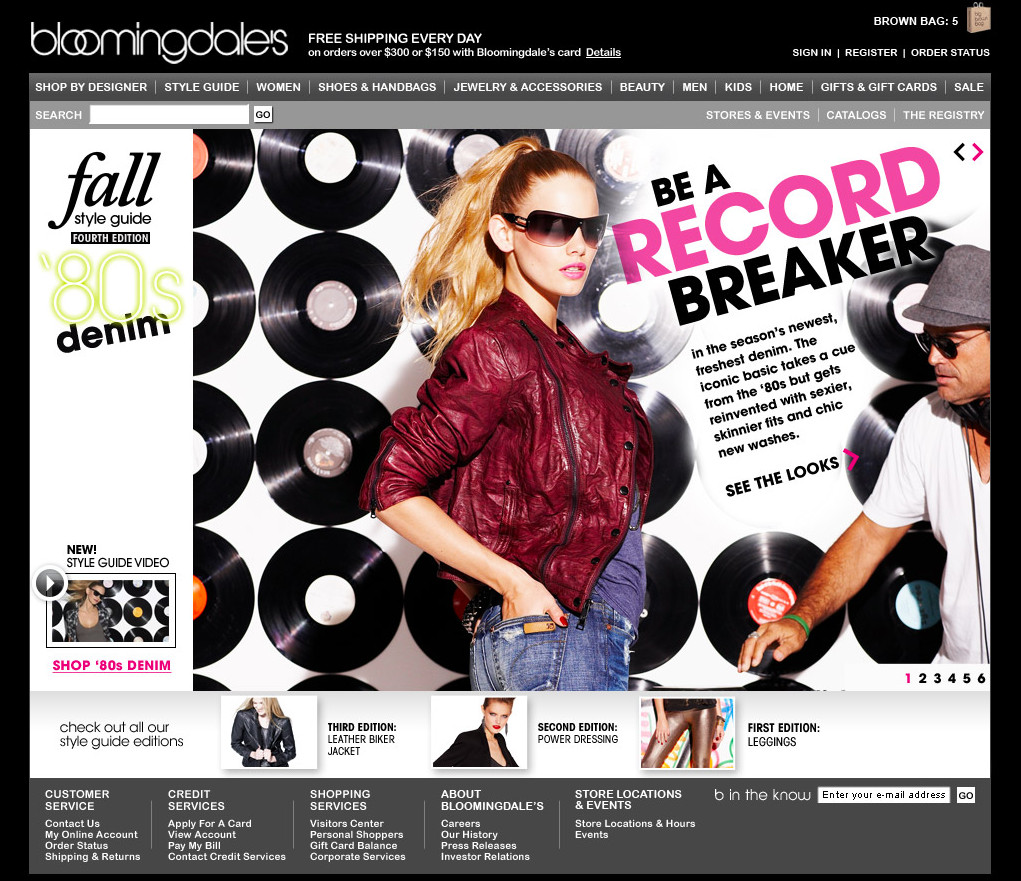 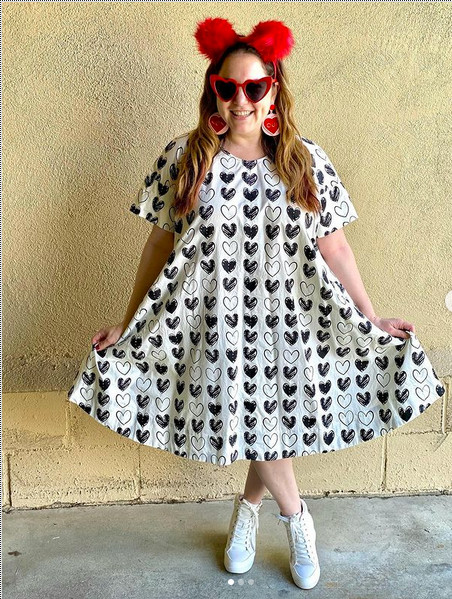 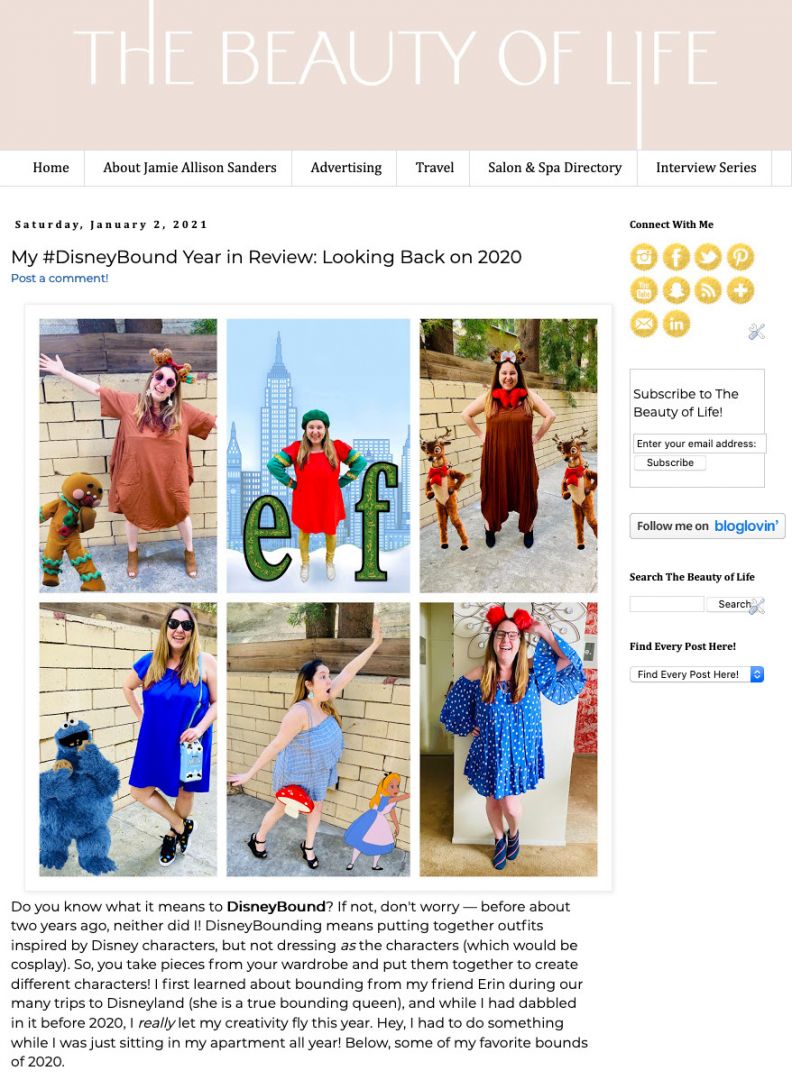