We had the good fortune of connecting with Jared Kassebaum and we’ve shared our conversation below.

Hi Jared, how do you think about risk?
As a comedian, the artform is inherently about risk-taking. There is no comedy without allowing yourself to also be rejected by some people who don’t like your jokes or ideas. In small ways, you take risks in comedy through trying out new jokes; at the beginning that exclusively at open mics, and later, on any stage you have when you graduate from the open mics. Do you ever notice how everybody is funny with their friends? That’s because there’s no risk involved in the mind of the joke-teller, because inherent to friendship is knowing you will be accepted. That all changes when you get on a stage and tell jokes in front of strangers. At that point, even the surest of your material can feel like a risk, because every move you make gets scrutinized and people are asking themselves whether or not they want to jump on for the ride of your set. This risk-taking can be exhausting or can be exhilarating, which are honestly the same emotion, but one is when you don’t fear the rejection of your risk (exhilaration) and the other is when your worth is tied to the risk. As with any performer, it’s important to root your worth or identity beyond your performances, otherwise this will be the biggest rollercoaster you can fathom. But, of course, this is something we all, myself included, struggle with in every decision or joke.

In life, risk has come by way of major decisions to pursue this career. At first, it’s the risk of your friends and family saying, “You? You want to be a comedian? But you’re not funny?” (You get this from at least a few.) Later for me it came in the form of moving to LA from the midwest. A risk to leave family, friends, and a stable job. Later, in my time in LA, I worked for a super cool advertising agency, but worked long hours that demanded full devotion, even often into my evenings. I had to decide to take a risk once again if I ever wanted to do road work as a comedian again, and quit the job eventually.

In all these things, risks will ruin you as you face rejection or failure unless you have a reason to not put your worth in them. That is the great existential struggle for performers of all kinds. 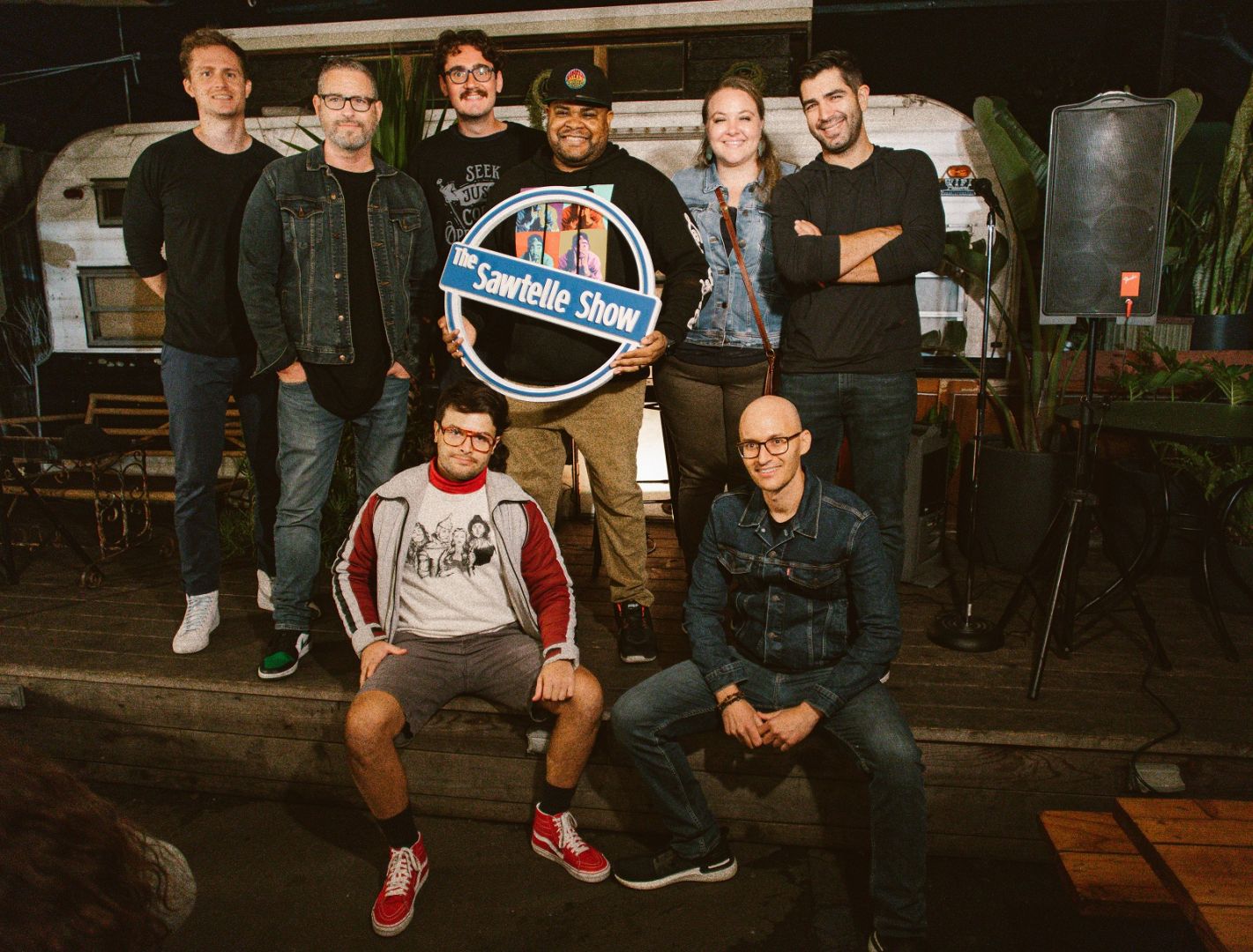 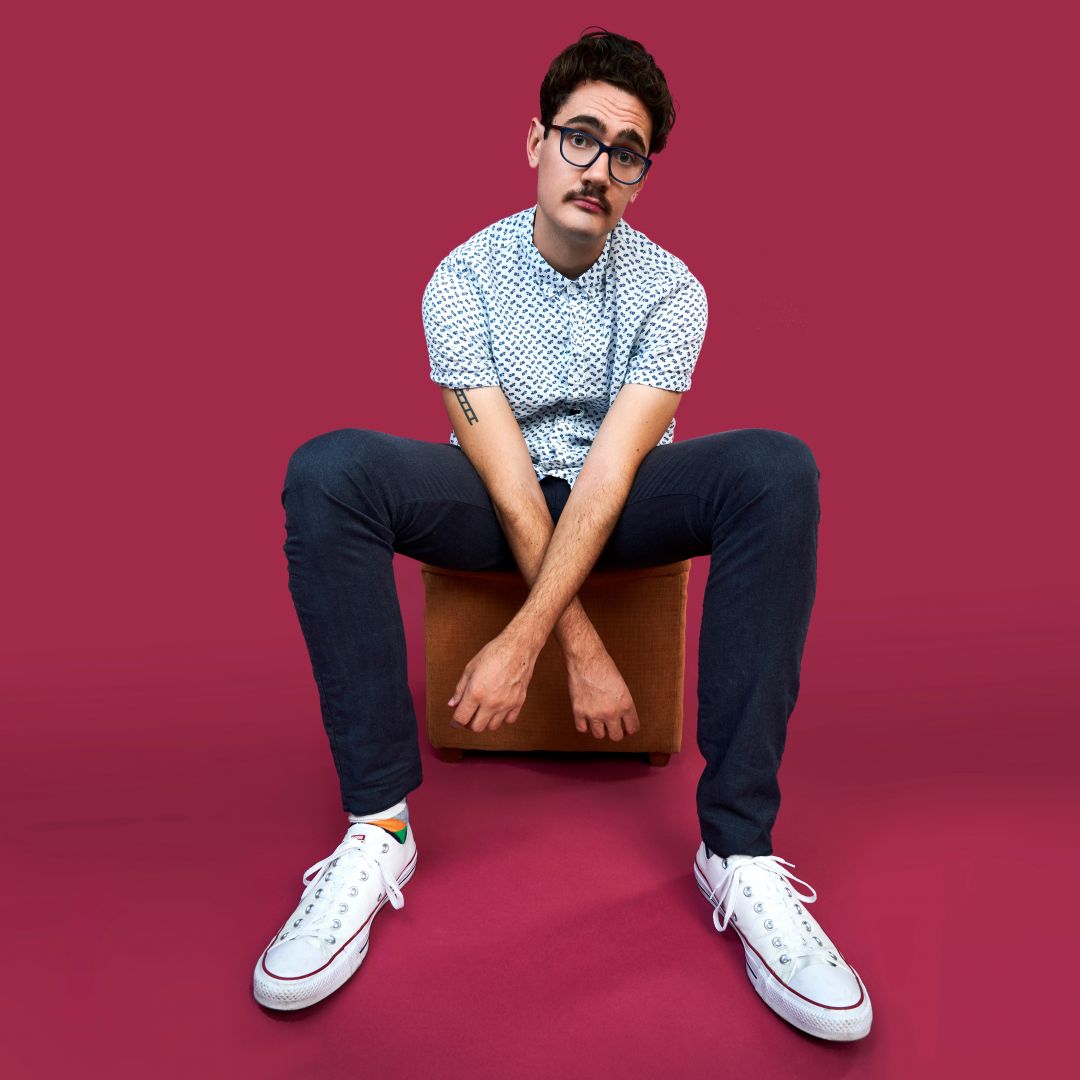 Alright, so let’s move onto what keeps you busy professionally?
People often see the comedians on America’s Got Talent or other shows and think “Wow, I can’t believe this everyday person can just be good at standup comedy,” without realizing that the comedians took probably a decade or more to even get on that show once. It’s not easy to go to open mics for years, then take unpaid gigs for years, till finally getting paid 50 dollars in Palm Springs in front of 30 bikers and free beer, all on the way to true headlining dive bars and eventually clubs around the country. But the struggle of that path makes you better and thankful every step of the way.

One important part of my journey as a creative mixing with a business mindset is the monthly stand-up show I run in LA called the Sawtelle Show. It’s a backyard show we’ve run since last June, when the vaccines were finally readily available, and have consistently had 35-50 people in the audience, and able to book some of the top standup talent in the country right here on the west side of LA. Producing and hosting that every month has honed my producer skills as well as been a major factor in feeling a part of the vital stand-up scene of the city. I would highly suggest to any comedian to run a show for at least a year or two. You give back to the scene and also learn and grow in ways merely performing on that type of show never would.

Let’s say your best friend was visiting the area and you wanted to show them the best time ever. Where would you take them? Give us a little itinerary – say it was a week long trip, where would you eat, drink, visit, hang out, etc.
I think the three best parts of LA, one in geography, one in events, and one food are: 1) Palos Verdes in the South Bay. I joke that this is the Malibu of the South Bay. The bluffs overlooking the ocean are incredible and hidden unless you seek them. I hadn’t seen them until I started dating my now-wife, who was from the Torrance area, and we started going on dates in that area and the amount of breathtaking parks amazes me. Now I always suggest people go there.
2) the Largo Theater. This theater is the best comedy in town, reaching its peak with the Improvise Shakespeare Company, a group that performs an entire Shakespearean tragedy based on a conversation with the audience. It’s both mesmerizing and hilarious. These are people highly trained in Shakespeare and highly trained in improv, and they come together in ways you wouldn’t imagine. I have turned many of my friends in Largo evangelists, as the best theater in town. Performing a regular show at this theater is a personal goal of mine as my career continues to expand.
3) Mogu Mogu in Sawtelle. Especially coming from the midwest, known for corn and fried tenderloin, the food scene in LA has consistently been one of the best parts of living here. The many many cultures present that have restaurants in their best form never end. Ever had Taiwanese street food? Neither had I until moving here (Little Fatty in Mar Vista if you must know). My favorite, though, is Mogu Mogu in Japantown/Northern Sawtelle on the west side (clearly I’m a west side guy). They serve mazemen, a Japanese garlic noodle dish, similar to a thick and brothless ramen. It has become my favorite restaurant to take family and friends to that come visit. 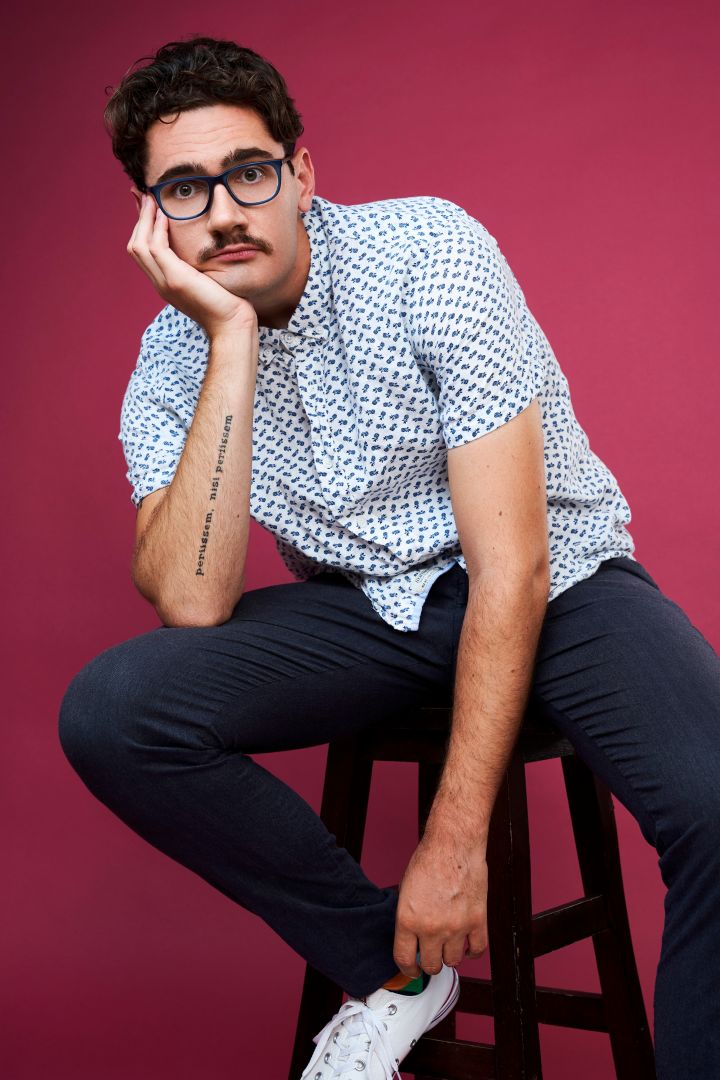 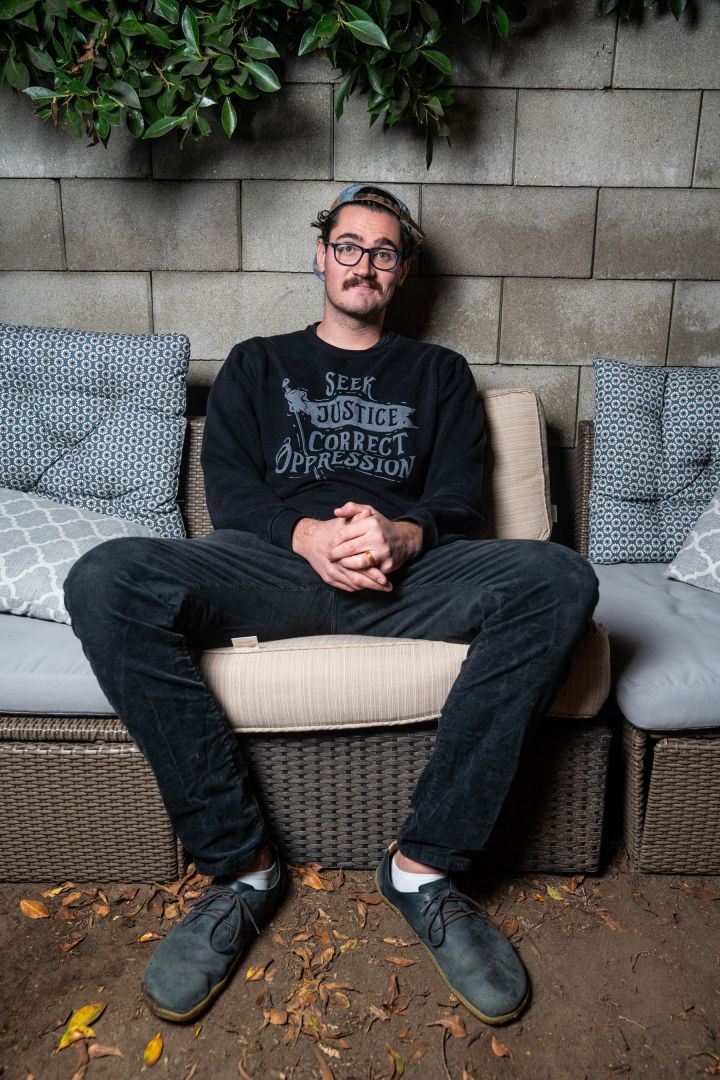 The Shoutout series is all about recognizing that our success and where we are in life is at least somewhat thanks to the efforts, support, mentorship, love and encouragement of others. So is there someone that you want to dedicate your shoutout to?
When I was in college, I did a fundraiser for a comedic music video and sold tiered benefits to those who donated. One toward the top, for 100 dollars I think, was that I would thank you at my first Oscar win. That might still happen, and I still hold hope (I’m thinking 2028, but we’ll see), but I think this is as good a time as ever to say this:

Thank you Grandma, I could have never made that music video without the 100 dollars you gave me.

I also want to thank my high school literature teacher, Ms Williams, who, though I was an absolute jerk in her class quite often, telling her I thought her class was pointless, believed that I needed to see the world through the lens of beauty and literature. And now, years later, I think back on that often, and how impactful it was when I had an identity crisis in college and decided to change out of my Physics major and move toward the arts.