We had the good fortune of connecting with Jay Young and we’ve shared our conversation below.

Hi Jay, how do you think about risk?
Throughout my career, a large amount of my achievements were accomplished by going outside of my comfort zone. Early one, I was taught by my peers that nothing comes easy, and failure should be used as a tool towards building character and confidence levels. To further elaborate on risk tasking, my career started off with an enormous amount of odds to go against in order to build it up to where it is currently. Words of wisdom from my relatives , my supporters, and various songs I listened to on a daily basis by Nipsey Hussle put me at ease with knowing that some risks taken would result in success while others would result in failure. While there were times where I was unsuccessful, that didn’t stop me from trying again and going harder than the first time, but with a different approach the second time around. In the long run. I’ve learned many lessons, had more faith in myself in time, and many opportunities to come my way when I least expected it. The reality of it all is risk tasking will consist of more failures than successful ones. However, It is up to us as individuals to look at it from a positive point of view , and build up our confidence levels. If I had decided to hold back and not go forth with the risks taken, I wouldn’t have crossed paths with a handful of amazing artists and people that I know today, nor would my career be where it is right now. 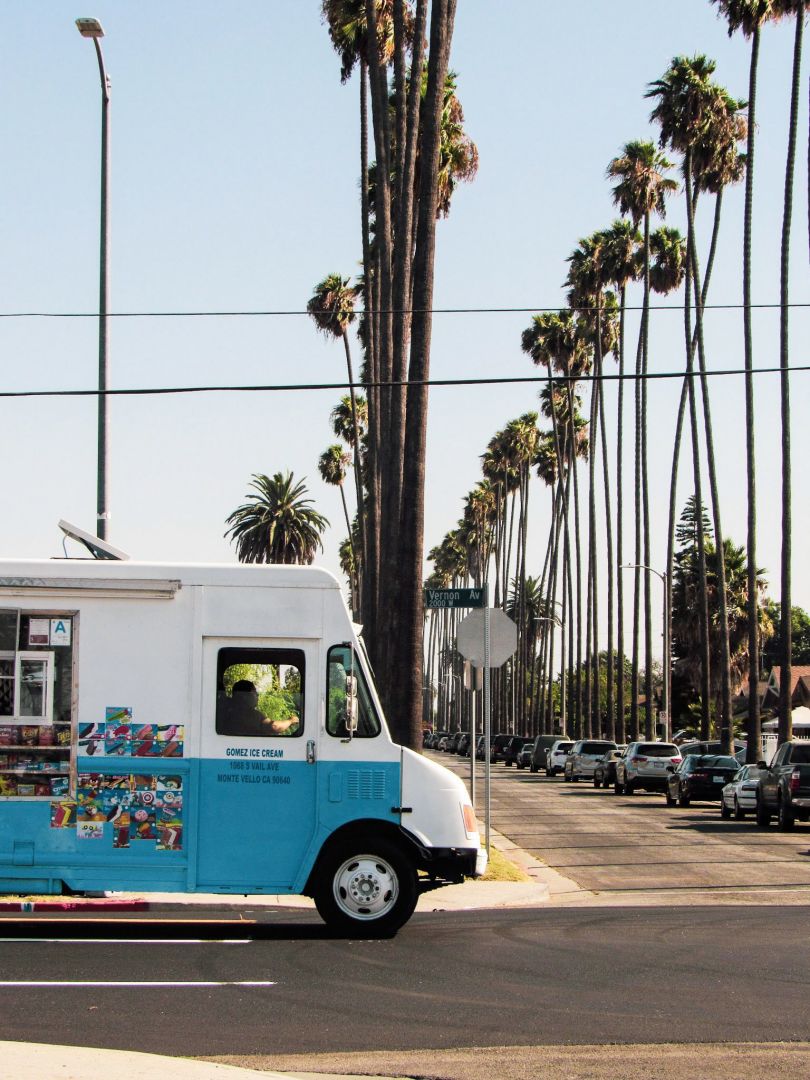 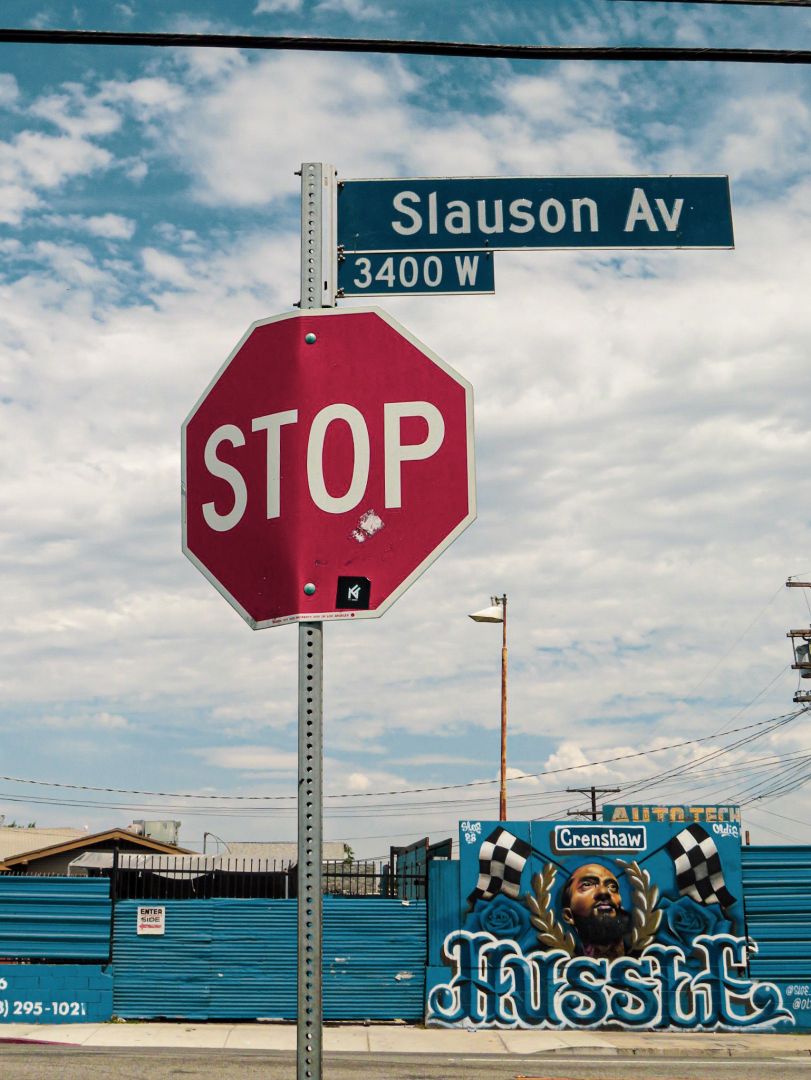 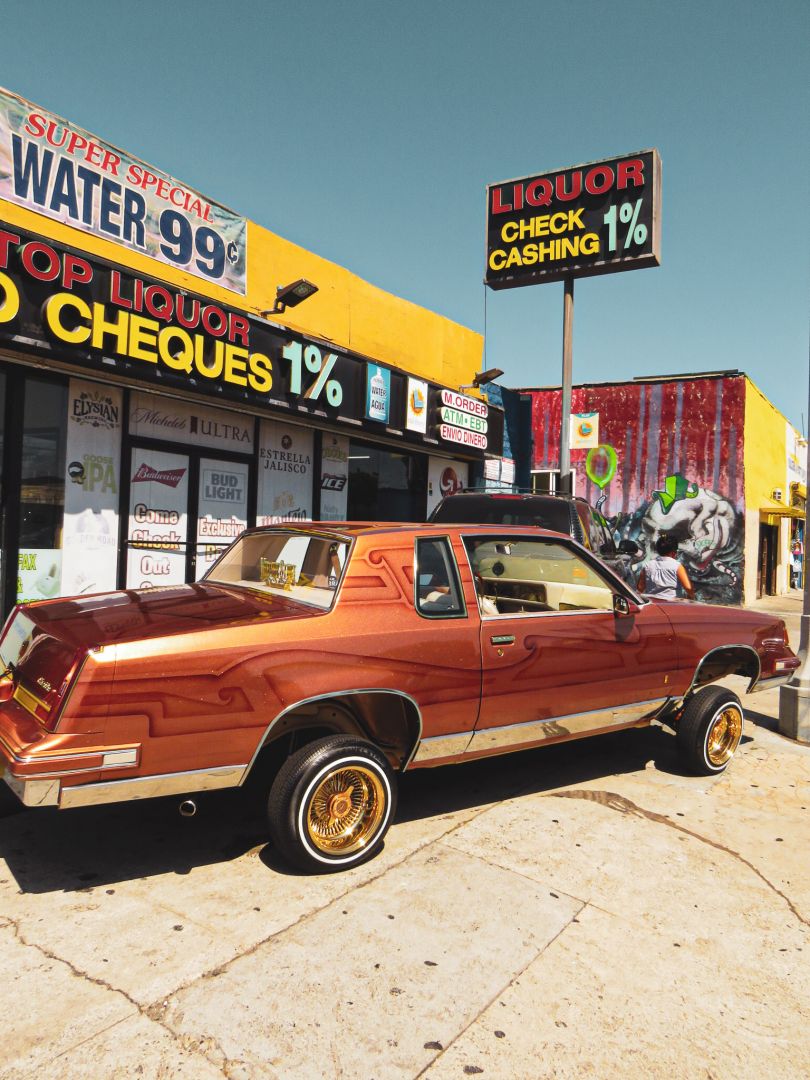 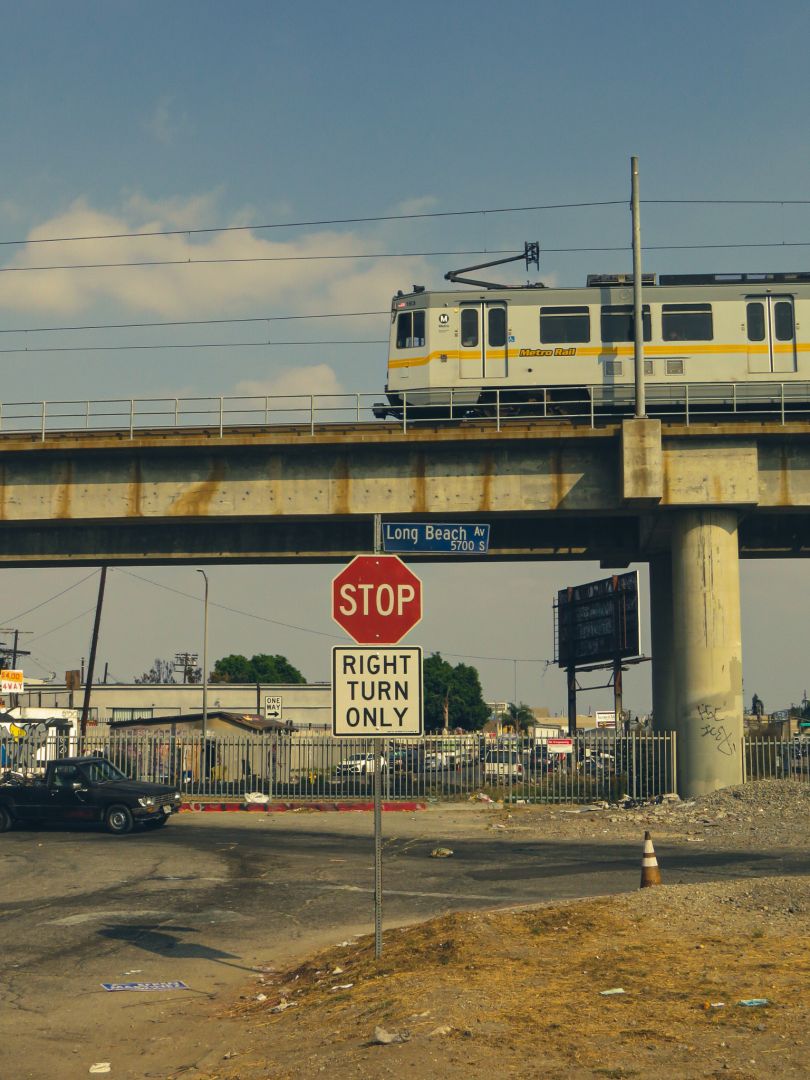 Can you open up a bit about your work and career? We’re big fans and we’d love for our community to learn more about your work.
The main thing that sets me apart from others is my love for photography at a young age. At the age of 13, my fascination with cameras was through the roof. It all started with me having one of those disposable kodak cameras that could be bought from Walgreens, Target, etc. When the film ran out, I would make my way to either store to get these photos developed to see if anything I captured was worth keeping since it was a one shot deal with capturing the moment. If there were any photos worth keeping, they would be stored in a photo album booklet, A few years later following that, my mother would gift me a digital kodak camera and the rest is history. Regarding what I’m most proud of, I’m proud to have captured a great amount of Los Angeles history. For me personally, documenting the history of a city is important, especially with how quickly various parts of the city are changing. To further elaborate, I grew up riding L.A.’s Metro Blue Line, which connects the cities of Los Angeles and Long Beach, with a portion of the line traveling through the heart of the Low Bottoms. During my early days of photography, riding the metro rail line was a regular routine for me. Whether it was riding to a Sunday lowrider cruise, to run an errand, etc. I learned a lot of life lessons with wisdom, crossed paths with people I became friends with, among many other things on the old school Nippon Sharyo P865/P2020 trains that were apart of the Los Angeles landscape for over 20 years. The highlight of my trips were seeing all the street hustlers walk up and down the train cars selling candy, chips, incense, and a lot of other items you could get to save you a trip from the store. Looking outside the window at the Downtown LA skyline as we inched closer to it on Washington Blvd passing many neighborhood landmarks, with a few that no longer exist. One day I decided to take a few pictures documenting the blue line in various locations so one day I can tell the stories behind the pictures, and show people how the city use to look.
Getting to where I am professionally was never easy, and I’m glad it wasn’t because it led me to valuing my journey way more. Throughout my journey, many challenges would arise before me that almost caused me to quit. However, I came to my senses quickly to remind myself in order to not quit, I needed to believe in myself before anything else. Otherwise, who would believe in me ?
The biggest lesson I’ve learned in the time of my career is you can find your own style and create your own lane. Don’t let anyone around you discourage you from doing so, don’t follow the crowd. Be yourself!
I want the world to know I went through every trial and tribulation to lay down the foundation of this brand. Quitting was never an option for me despite having my moments of being discouraged. No matter how long it took for me to get here, I stuck to the script and stayed patient. To everyone reading this, never quit on your plans!!!

Let’s say your best friend was visiting the area and you wanted to show them the best time ever. Where would you take them? Give us a little itinerary – say it was a week long trip, where would you eat, drink, visit, hang out, etc.
We would start off with a trip Taco Mama on Vernon & Hooper, which is a Eastside landmark. Dino’s Chicken on the corner of Pico and Berendo for their chicken and fries combo. Dulan’s soul food on Crenshaw , and if we can’t make it there we’d check out the Inglewood location on La Brea & Manchester for a delicious lunch/ dinner soul food plate. Also, Woody’s BBQ on Slauson near the Shaw and many other food spots we could try to hit within that week. For hanging out purposes we’d hit the Slauson , Santee Alleys, Alameda, and the Del Amo swapmeet to get some fresh gear, take a stroll around to check out the vendors, and finish off that trip hanging with my homie at his store called Cali Street gear, which is also located within the swapmeet. And if there was a Sunday cruise anywhere in LA, you best believe my best friend and I would be out there enjoying all the beautiful lowriders. 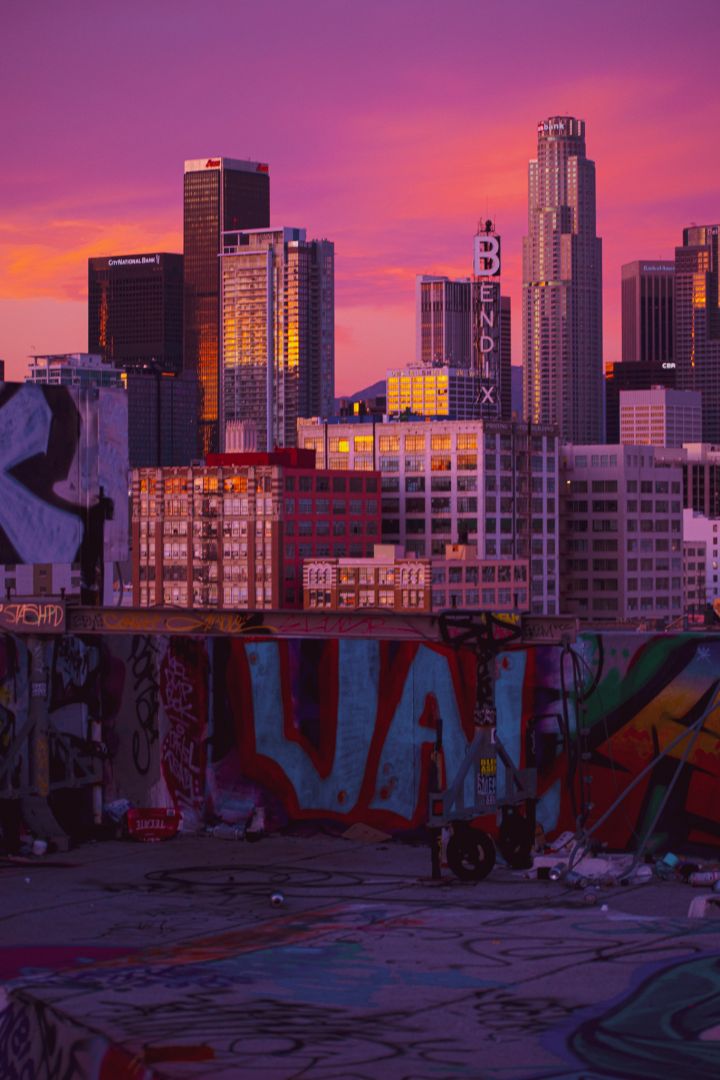 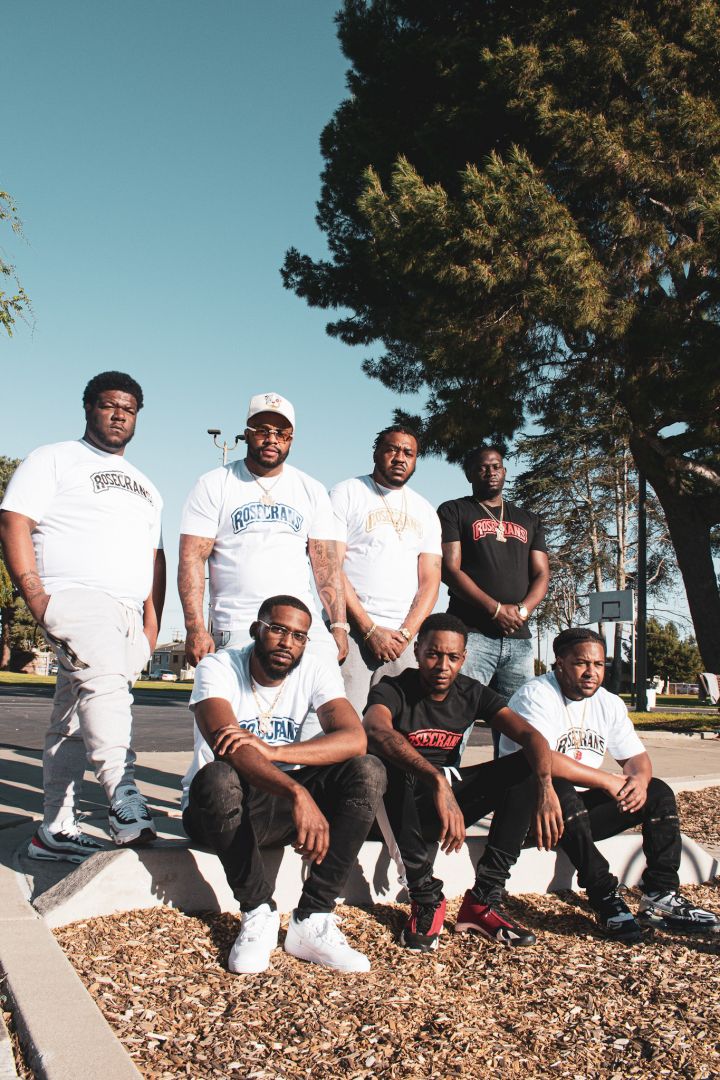 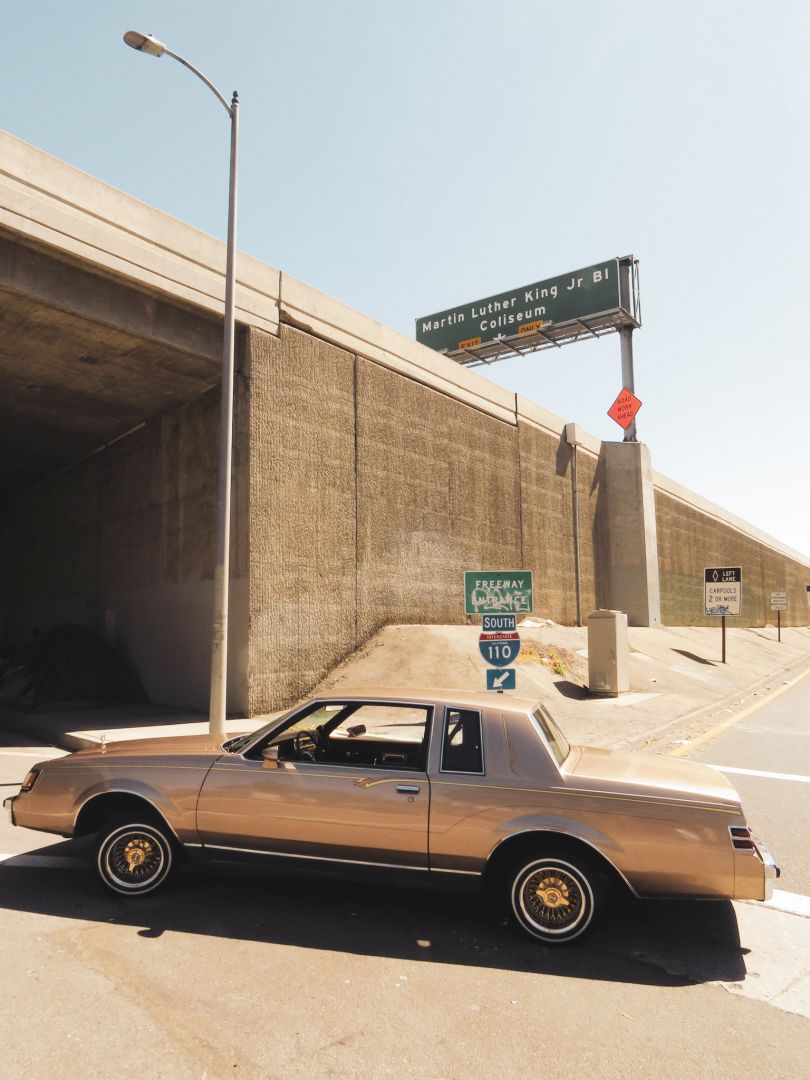 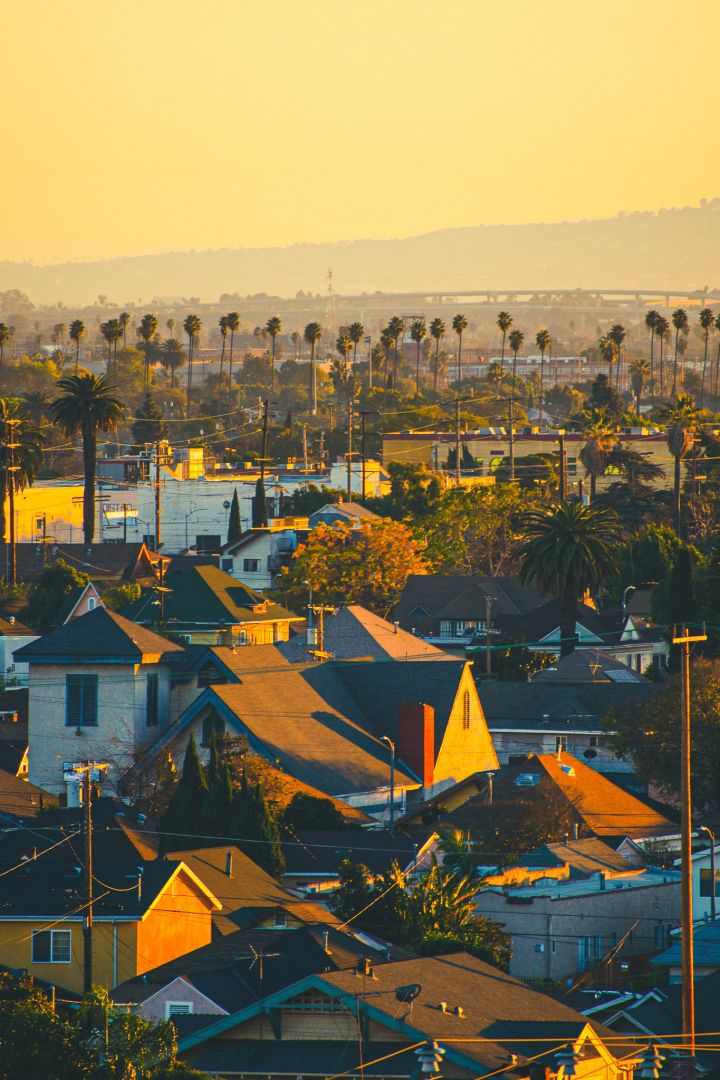 The Shoutout series is all about recognizing that our success and where we are in life is at least somewhat thanks to the efforts, support, mentorship, love and encouragement of others. So is there someone that you want to dedicate your shoutout to?
First and foremost a, big shoutout goes out to my mother for reminding me and giving me that extra push to finish the journey I’ve started. I don’t know where I’d be without her and her guidance. In addition to that, a second shoutout goes out to all of my photographer homies who’ve been down with me since the very beginning and never left my side. Migs, Edwin, Pete, Jay, Gilbert, Bajito , Street Lens, South Bay Visions, and many more I’ve crossed paths with throughout my career. In addition to this , I dedicate a shoutout to my sisters Syiah, Destiny, Lil Spice , & Edith. All three of them have played a major role in supporting me , reminding me to not give up nor quit when I’ve gone through my trials and tribulations of being discouraged. and showing love every time I post the art I’ve captured on my Instagram handle. Finally, my last shoutout goes out to Carlos at Principio Mercados for being a big help with getting the word out in regards to my brand, the Low Bottoms Car Club, and the rest of my supporters in the Low Bottoms for supporting my art work I’ve captured in our community these past 10 years. In all, I’m extremely grateful for everyone whos played a role in helping me succeed.