We had the good fortune of connecting with Jemima Wyman and we’ve shared our conversation below.

Hi Jemima, any advice for those thinking about whether to keep going or to give up?
I went to art school in Brisbane, Australia in the 90’s. I had a moment after graduating where I realized if I stopped making work I wouldn’t be an artist. It’s a super simple realization but it scared me because I was just beginning and I realized it was my responsibility to generate the entire practice myself. I guess that initial thought propelled me to never stop making and never give up because I identify so strongly with being a contemporary artist and find it so rewarding. My art practice spans 25 years now and there are so many options generated from that history of making, that new work feels like it almost grows by itself, with its own momentum, so I keep going.

The pandemic made it difficult to balance family, studio life and teaching (I’m a lecturer in the Art Department at the California State University of Los Angles). Especially when it was all from home, however I just kept thinking if I put one-foot-in-front of the other I can keep it all ticking along, even if it is slower and harder than normal. In the end my art practice helped to give me perspective, balance and a space to meditate, which meant I could make it through. 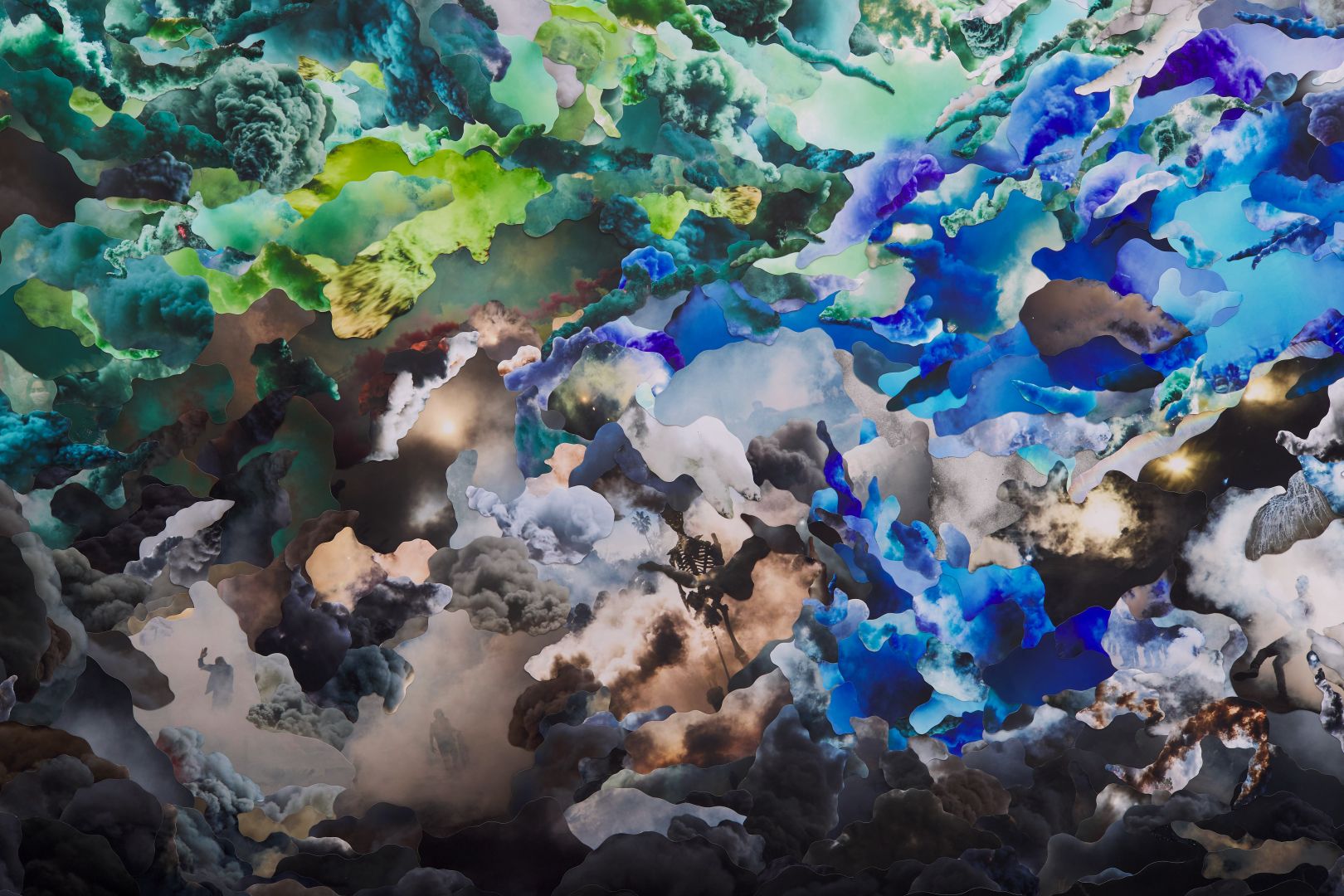 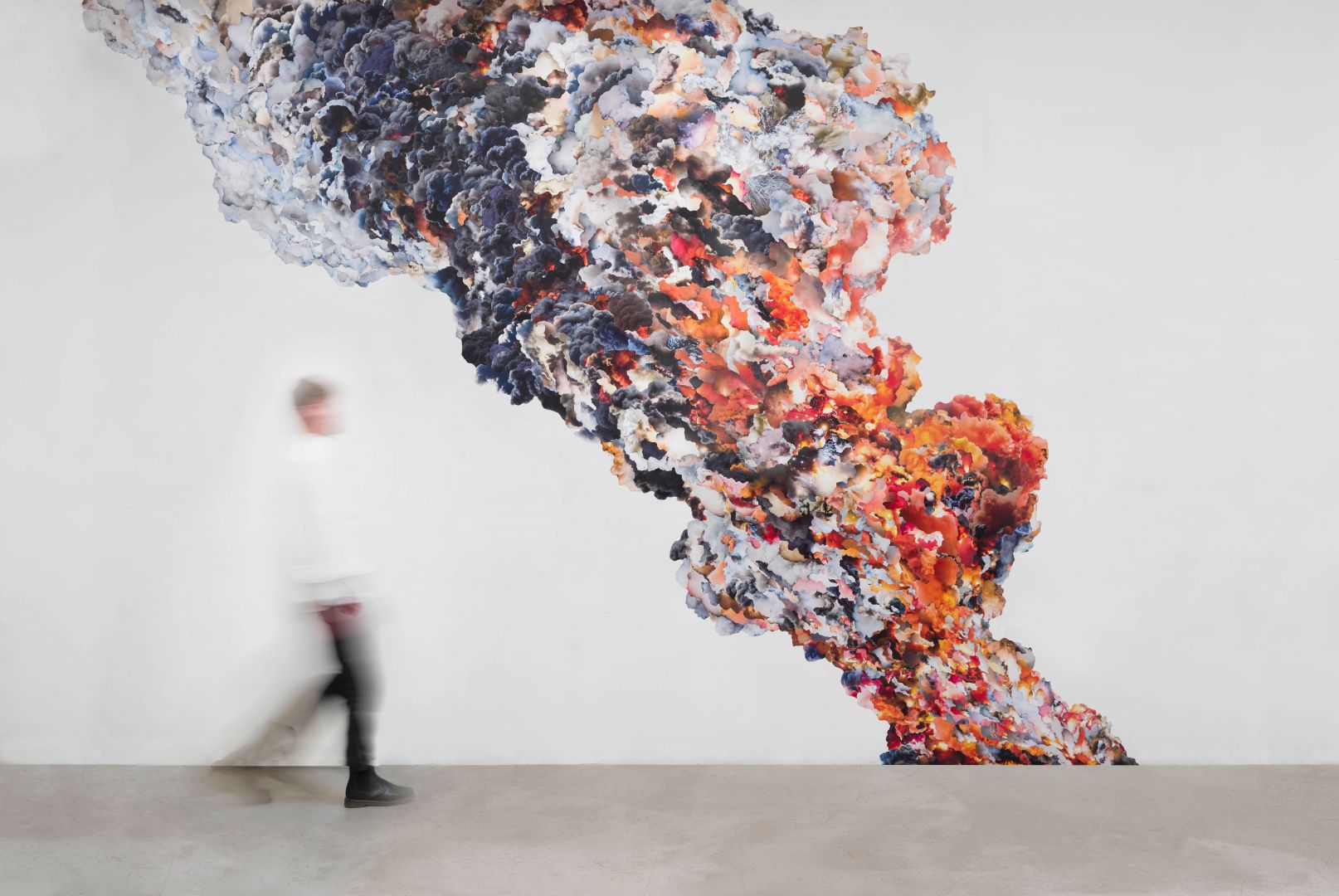 Alright, so let’s move onto what keeps you busy professionally?
My art practice incorporates various mediums including installation, video, performance, photography, collage and painting. I make works that utilize these mediums to specifically focus on visually based resistance strategies employed within protest culture and zones of conflict. These works aim to explore the formal and psychological potentiality of camouflage and masking in reference to collective identity.

I just finished making a very labor-intensive collage called ‘Plume 20….’ Since 2018, I have focused on collecting and hand-cutting digital photographs of smoke used during protests from around the world. The smoke is composed to become a plume or haze and the titles are long lists that identify each piece with the original protest, the country and the date. ‘Plume 20…’ consists of these smoke pieces taped together and is a 15 ft x 17ft hand-cut collage that will be exhibited in November at the Gallery of Modern Art in Brisbane. The title is 24-pages long.

Tell us about your background and your connection to making art in Los Angeles?
I grew up on the north east coast of Australia in relatively small towns: Dysart, Moranbah, Tolga and Mackay. At one stage our local hang-out was meeting other kids up a giant Morten Bay Fig tree that could sit about 10 kids in the round. There was no contemporary art museum’s where I grew up but I guess that didn’t stop me.
My mum and dad are both makers, very practical and open-minded, so that helped.

I first came to make work in Los Angeles in 2004 because I was awarded a studio residency in Santa Monica at 18th Street Arts Center established by the Australian Government for artists to live and work abroad for 3-months. After that I won a scholarship set-up by an American couple Anne and Gordon Samstag. It was for Australian artists to do graduate study anywhere in the world fully funded. Once awarded I chose to do a Master of Fine Art at the California Institute of the Arts. After that I received a Green Card in the lottery to live and work in the US. It did take a number of applications over several years to receive these awards. It felt difficult at the time trying to work out how to stay in the US so I could continue working with Anna as CamLab, but now it seems like a longtime ago and I feel very connected permanently to Los Angles in life and work.

I’m very proud to be represented by Commonwealth & Council, a contemporary art space in Koreatown run by Young Chung and Kibum Kim. I feel honored to work with them and exhibit alongside the tremendous group of artists they celebrate. Also I respect the ethos of the gallery that is very family-style, this is also a grounding point for me. I’m happy for my future work to grow in Los Angeles and in this context. 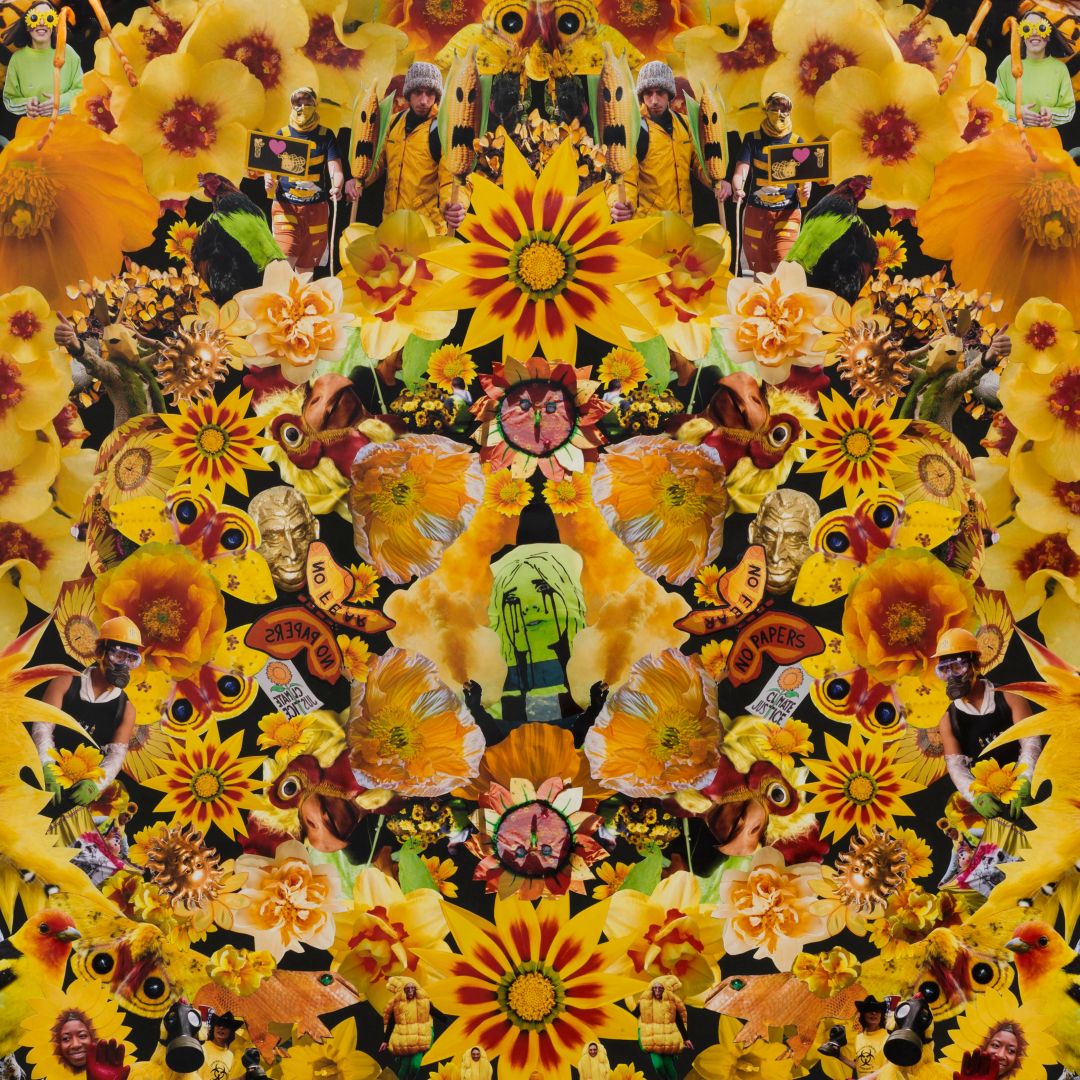 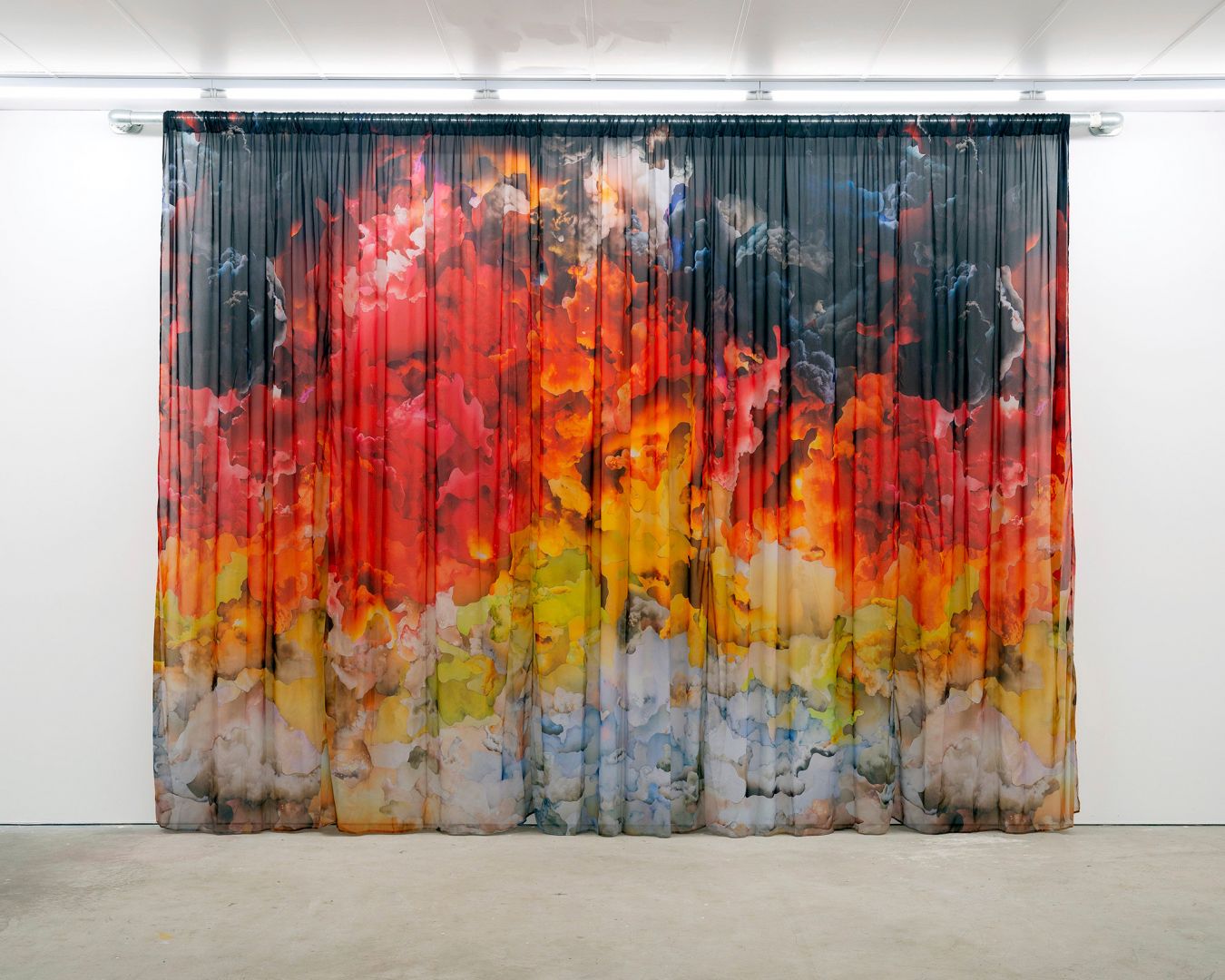 Let’s say your best friend was visiting the area and you wanted to show them the best time ever. Where would you take them? Give us a little itinerary – say it was a week long trip, where would you eat, drink, visit, hang out, etc.
A sample day would include breakfast at Bread Lounge, then a visit to see art (and people) at Commonwealth & Council. Oh and than seeing more art at the Hammer Museum and the Institute of Contemporary Art. We would have lunch at the food truck Mariscos Jalisco on Olympic blvd. If there where kids involved we’d go to Vincent Lugo Park in San Gabriel. The playground consists of 14 magical climbable concrete sea creatures built in 1965 by the artist Benjamin Dominguez. This would be followed by dinner at Chengdu Taste, a yummy Szechuan spot in Alhambra.

For a longer day trip we would drive out to Noah Purifoy’s Desert Art Museum of Assemblage Art in Joshua Tree and grab a Date shake on the way from Hadley Fruit Orchards in Cabazon. Then do a golden hour hike wherever we have landed by end of day. 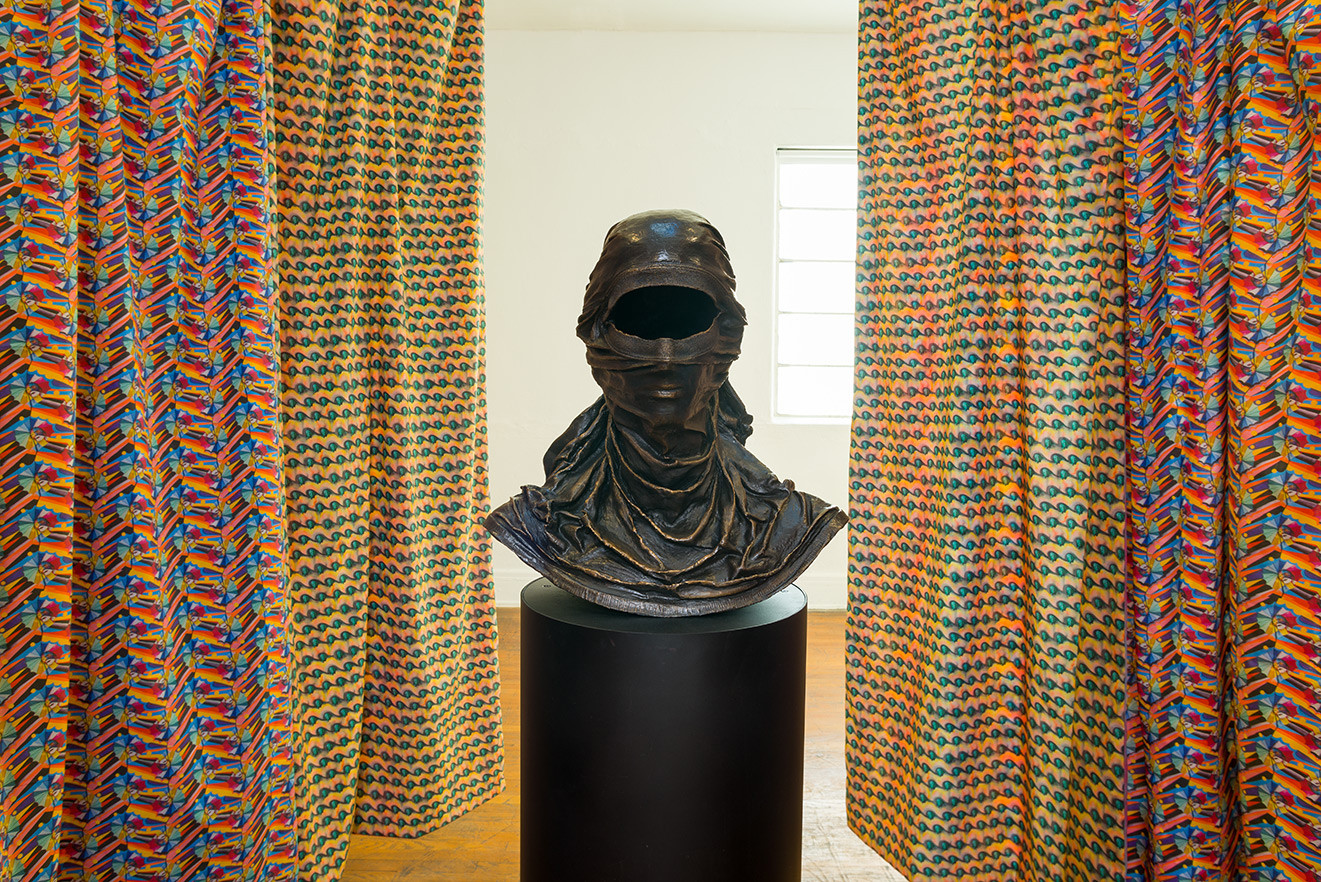 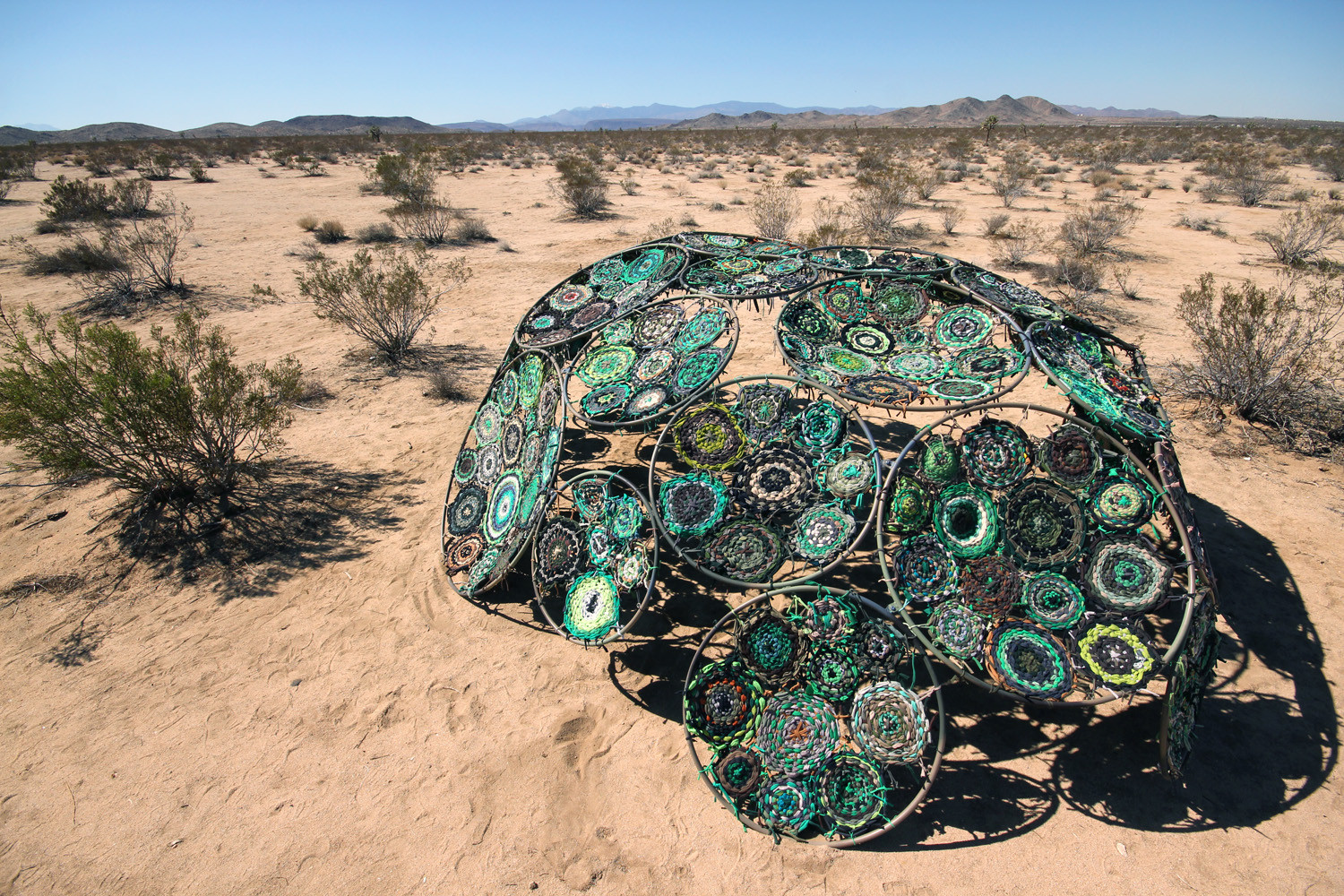 Who else deserves some credit and recognition?
I’d like to Shoutout my closest loved ones who continue to support and bear witness to my life. My mum, Glenda Wyman, she is a non-stop amazing maker of things and was my first art collaborator. Her house is decorated from floor to ceiling with hand-painted doors, tiles, and intricate artworks. When I was young she decoupaged our kitchen with fabulous images from magazines and is always an inspiration with a great sense of humor.

I have a collaborative art practice started in 2005 with my best friend Anna Mayer called CamLab. We have taught together, done artist residencies and workshops, and made many artworks together – including undertaking the Engagement Party series at the Museum of Contemporary Art in Los Angeles. She is a continual resource of strength and I run many things by her, she’s always there for me. She’s an amazing artist and educator in her own right too (she’s a professor at the University of Houston).

My life-partner and love, James Naish grew up in Los Angeles and is a phenomenal ironworker and furniture designer. You might have seen his work surrounding York Park in Highland Park. He supports me in so many ways, including making delicious meals every night.

I would also like to recognize James’ mom Margarita Jimenez. She has given me countless hours in the studio because of her love and willingness to mind our young son Santiago. I am so grateful for her appreciation of art and support of my career path (in this way). She’s worked at the Norton Simon Museum and has a family history woven into the art world, I do not take these attributes for granted especially when it translates to an understanding of my need to be in the studio. 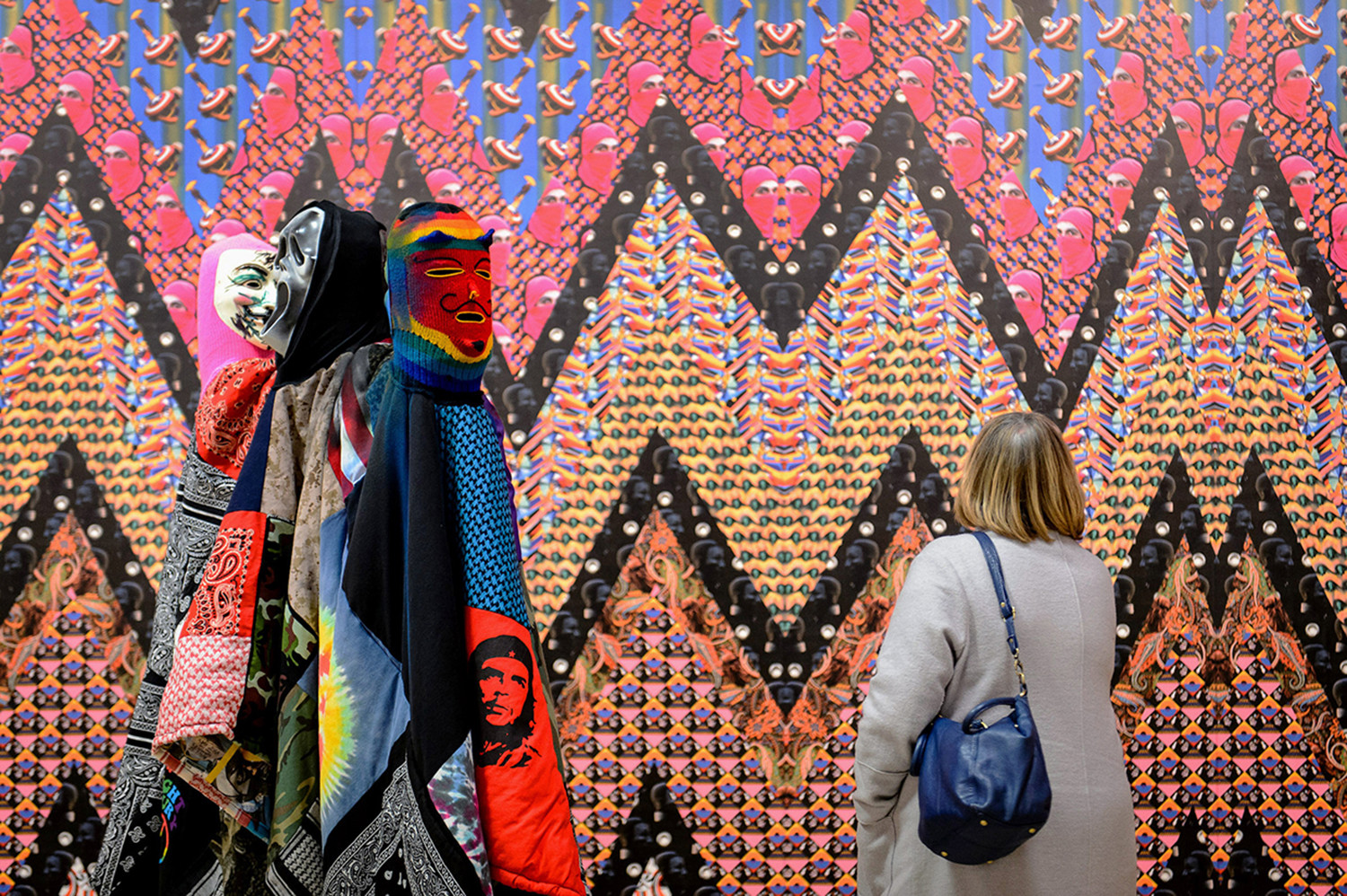 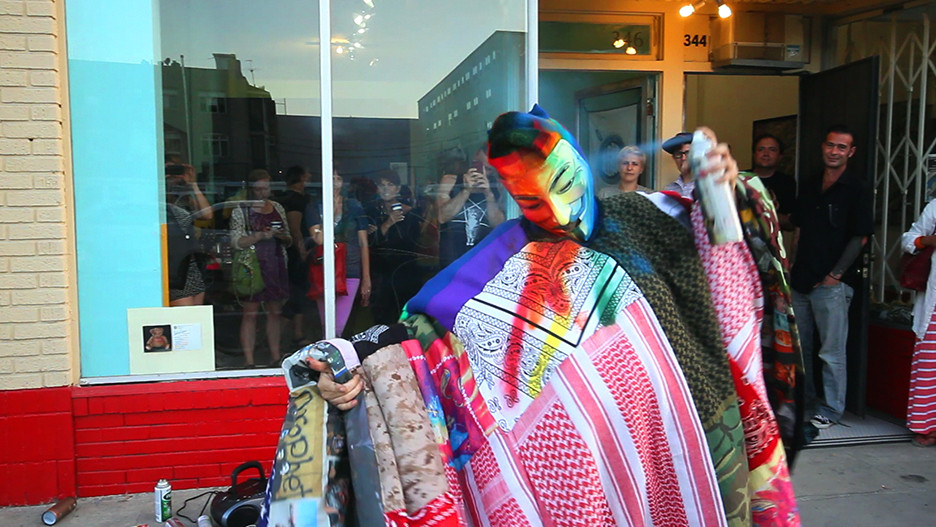