We had the good fortune of connecting with Jo Ann Block and we’ve shared our conversation below.

Hi Jo Ann, what is the most important factor behind your success?
never give up. small steps and consistency. just show up 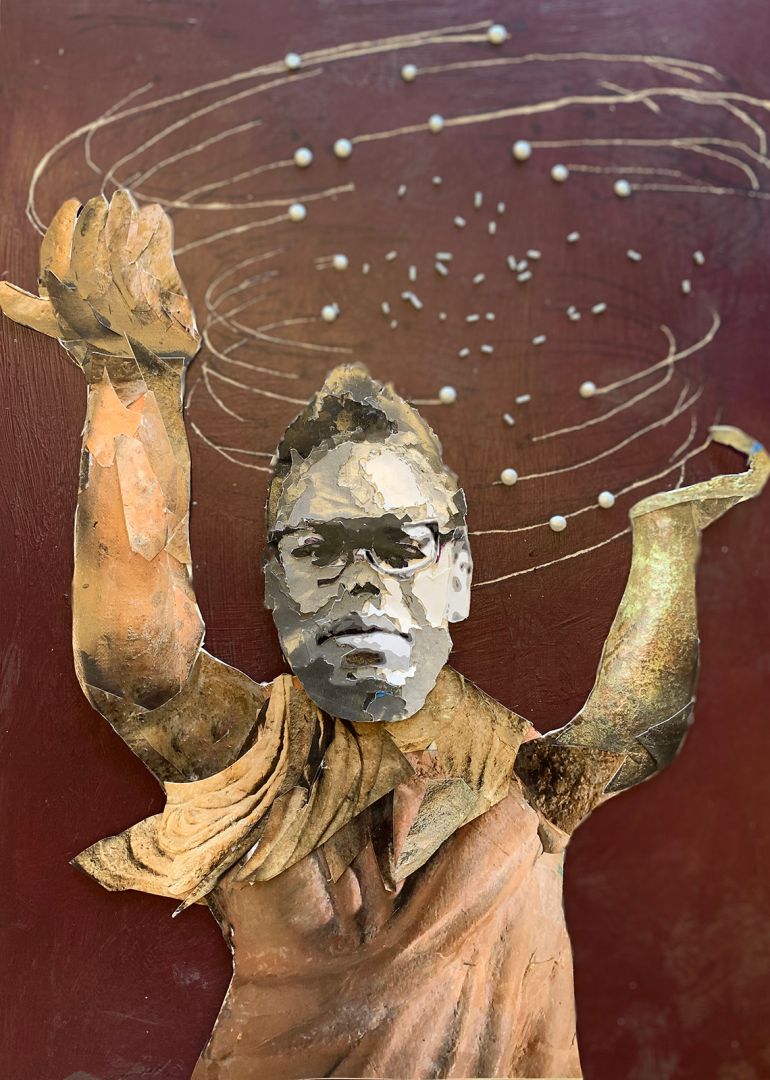 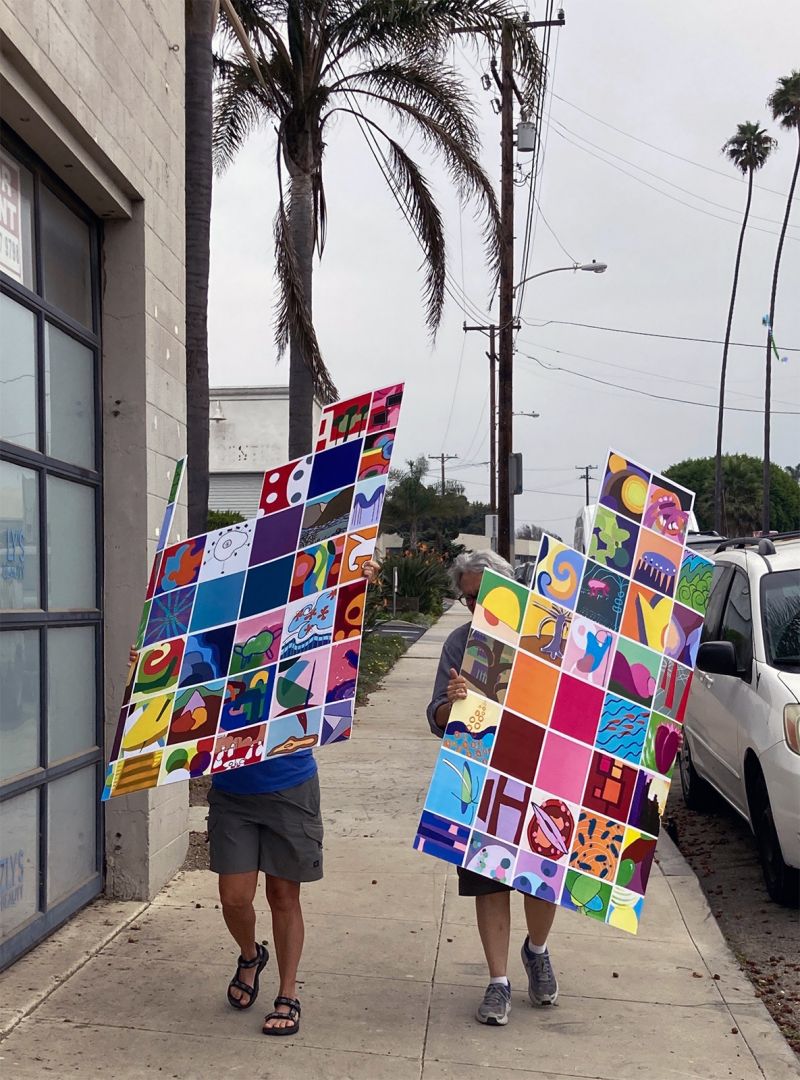 Can you open up a bit about your work and career? We’re big fans and we’d love for our community to learn more about your work.
My journey to become a working artist took a long time and at its core was a search for identity which has become central to my art. I was adopted into a family of builders from the mid west. Home life was very prosaic with scant or no exposure to art or culture. However, there were some interesting and telling moments that prefigured a curiosity and pursuit in art: during weekly visits to a visits to a psychiatrist, for which my parents hoped that my desire to be a boy would be corrected, I recall being fascinated with a book in the waiting room on Grandma Moses art, age 8; watching with rapt attention my slightly older artist neighbor draw nude figures then me doing the same at school – resulting in a trip to the principal’s office and being sent home, age 9; after aforementioned humiliation and a hiatus from drawing, I discovered I had a knack for making a pretty realistic magazine collage of a German Shepard in art class, age 15. These odd memories are meaningful in that they connect me early on to art. The evolution of my current art practice did not happen quickly, and I think this does set me apart from many artists who have a life-long history of producing art. My story begins much later in life. For most of my adult career, I worked in a related field as a graphic artist in LA producing art for movies, most notably for Saul Bass of Bass of Bass/Yager. At age 35, I went back to school at UCLA and got a degree in Studio Art and followed years later by a return to school at Vermont College of Fine Art to receive a MFA. The art I make very much affirms the 1960s feminist philosophy that the personal is political. My work is grounded in issues of social justice stemming from a queer, feminist perspective in the ways that comment on the politics of identity. My aspiration is to subvert existing norms around aging, power, and the social relevance of lesbians in all of my work. My personal history of separation from my family of origin, knowing that I was gay at a very young age, being a woman and a Jew, all of these signifiers of outsiderness have informed my work. The best piece of advice I received was 10 years into my career as a graphic artist when I decided to apply to grad school. A gallery-owner friend suggested to choose a singular interest of mine and to delve into that subject so as to become very knowledgeable about it. At that point, I chose to make paintings about drag queens and gay culture from the 1930’s –50’s in Pittsburgh’s Hill District which was one of the most influential black neighborhoods in America. It was a cultural center for jazz, art and litera¬ture and home to such greats as Stanley Turrentine, Art Blakey, and writer August Wilson. The idea to focus on something specific gave me a great starting point from which to begin. What I did with that knowledge offered endless possibilities. After graduating from VCFA I worked for 10 years in an artist collective in Washington, DC. During that time, I showed my work in DC and New York among other cities, and also held a 2-year fellowship at Touchstone gallery. Back in LA, I continue to exhibit, albeit online, with a few in person shows in the mix. My latest projects are the collaged portrait series Queer Before Queer and in the JOYRIDE Ojai. I showed an outdoor display 300+ iPad drawings –a culmination of a year’s daily drawings while traveling abroad. 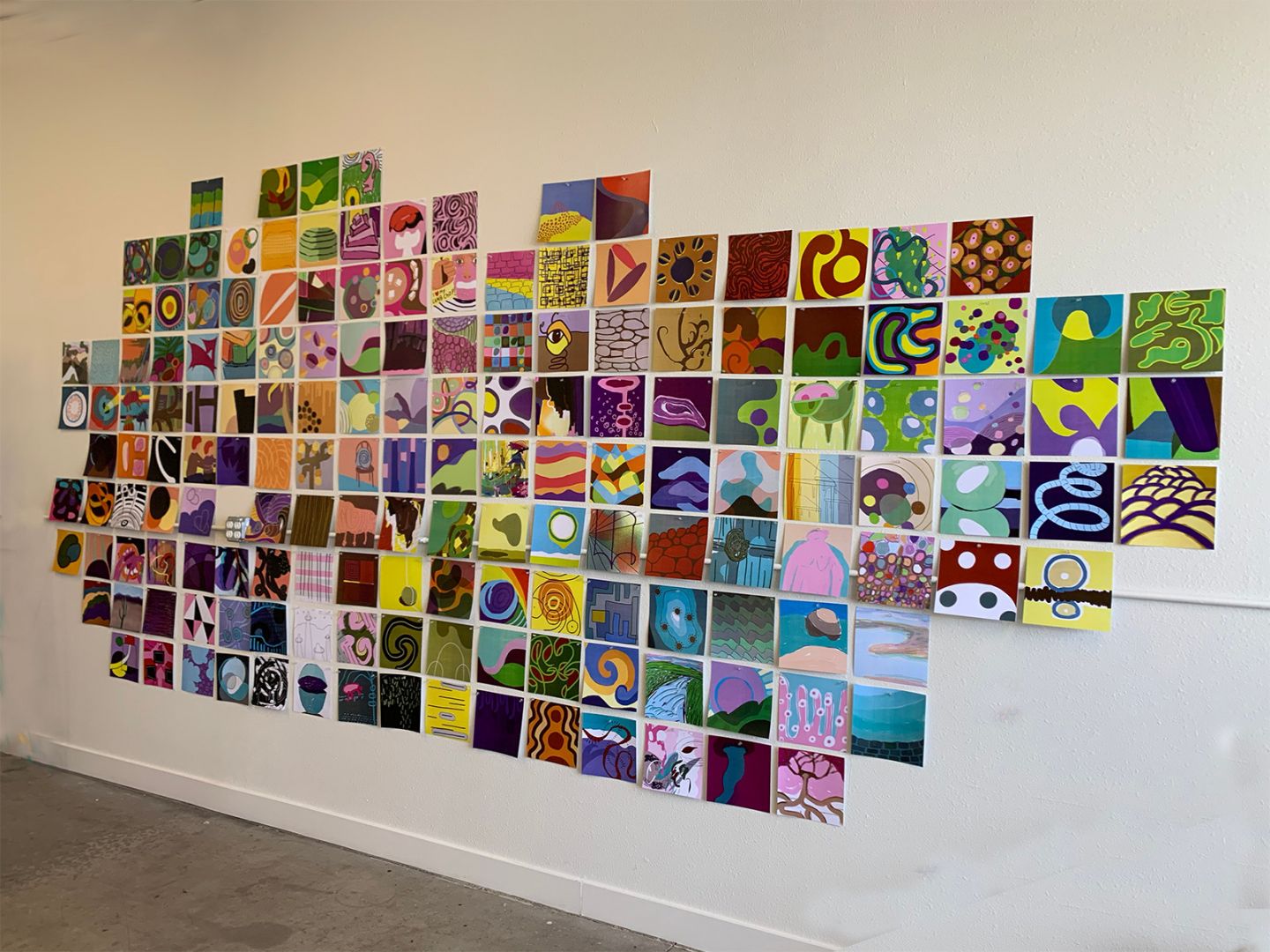 If you had a friend visiting you, what are some of the local spots you’d want to take them around to?
While I lived most of my life in LA, I now live in Ojai which lacks the zillons of choices of the big city, but does have a quirky charm all of its own. One of my favorite memories here happened during the 70’s sitting in the natural hot spring in Matilija canyon with a triangle on my head soaking in positive energy vibrations. Ojai still has a strong spiritual vibe dating back to folks like Krishnamurti, Adldous Huxley and Annie Besant, founder of the Theosophy Society, who put Ojai on the map for what locals call a spiritual vortex. I’d bring my friend to Ojai to chill out and hike some of the many trails. Today, one of my absolute must dos is what I do several times a week, which is to ride my electric bike from Ojai down the beautiful, nature bike path 15 miles to my studio in Ventura, which is near the beach. After working in my studio, I like to have a fish taco on the pier. Back in the day when I lived in Ocean Park Santa Monica, I always loved walking down Venice board walk or heading over to Abbey Kinney, which had some interesting, funky stores. I’d take my friend, weather permitting, to a concert at the Hollywood bowl that included a drive in the Hollywood hills to check out the view of the city. Of course, we’d go downtown to MOCA and the Broad and the LA Opera. On the drive back to Ojai we should definitely take in the beautiful grounds of the Getty Museum. Oh and somewhere to eat— stop at Pink’s and order one of their famous chili dogs. And maybe go to historic Musso & Fank’s, established in 1919, to imagine LA way back when.

Who else deserves some credit and recognition?
There a a few people who encouraged me from the start. First was my partner Karin Quimby, who encouraged me to go back to school to get a MFA. This program laid a solid foundation for me to build on in terms of what comprises an art practice. The next person I’d give credit to is Tania Modleski, who is a well-respected academic and widely-known film and pop culture theorist. It was her encouraging words and support that gave me confidence to take my art practice seriously. From there on I’d would quote Jerry Saltz, who said that every artist needs a community. I am fortunate to have created several communities…art is not created in a vacuum.