We had the good fortune of connecting with Joan Sullivan and we’ve shared our conversation below.

Hi Joan, we’d love to hear more about how you thought about starting your own business?
Like so many others during this global pandemic, I found myself doing major soul searching intertwined with hobby collecting. My apartment steadily grew into a rainforest, my bass practices doubled, and I even dusted off my high-school roller skating skills to add some extra cardio to my routine. While skating around the Arts District in DTLA, I began to notice some very unhappy plant friends slowly yellowing, withering away calling out to me as I rolled on by the windows of residences and local businesses. So many people dive into the plant game, but some need help to dial in the care for their green companions. My goal is to get everyone confidently growing. If I could only plant little forests everywhere, maybe then people would feel closer to good ol’ Mother Nature and learn to be more connected to the world around them. Maybe then, more people would aim to reduce their waste and be greener everyday. After all, we would be nothing without our oceans teaming with life and vast rainforests pumping out oxygen. Green businesses and environmentally mutualistic practices have to fill our future. In the words of Alan Watts, “We have to come back…to a sane view of our own life, which is the way we really are- an organism functioning in terms of the whole environment, with the whole environment- instead of this funny little separate personality… Before we think of doing anything in this critical situation, we [must] realize this completely illusory nature of the beings we think we are…and get back again to the beings that we really are, which includes all of this outside world, no longer left outside.” 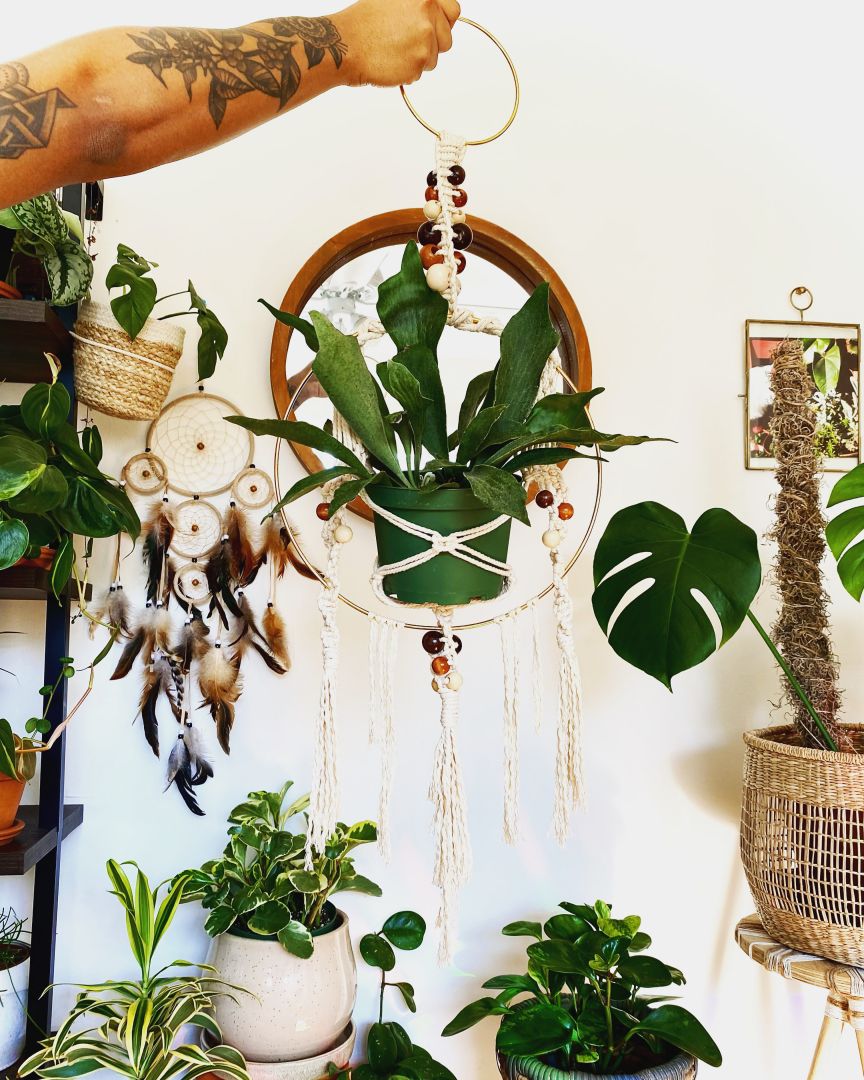 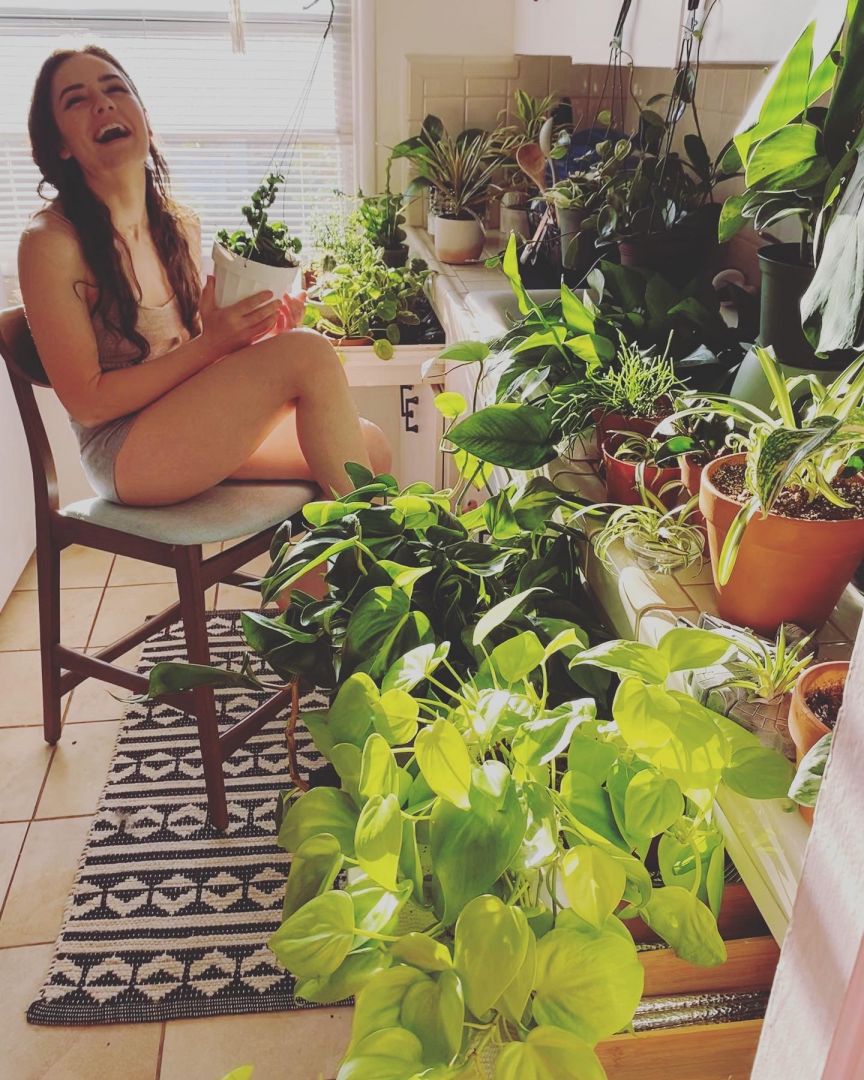 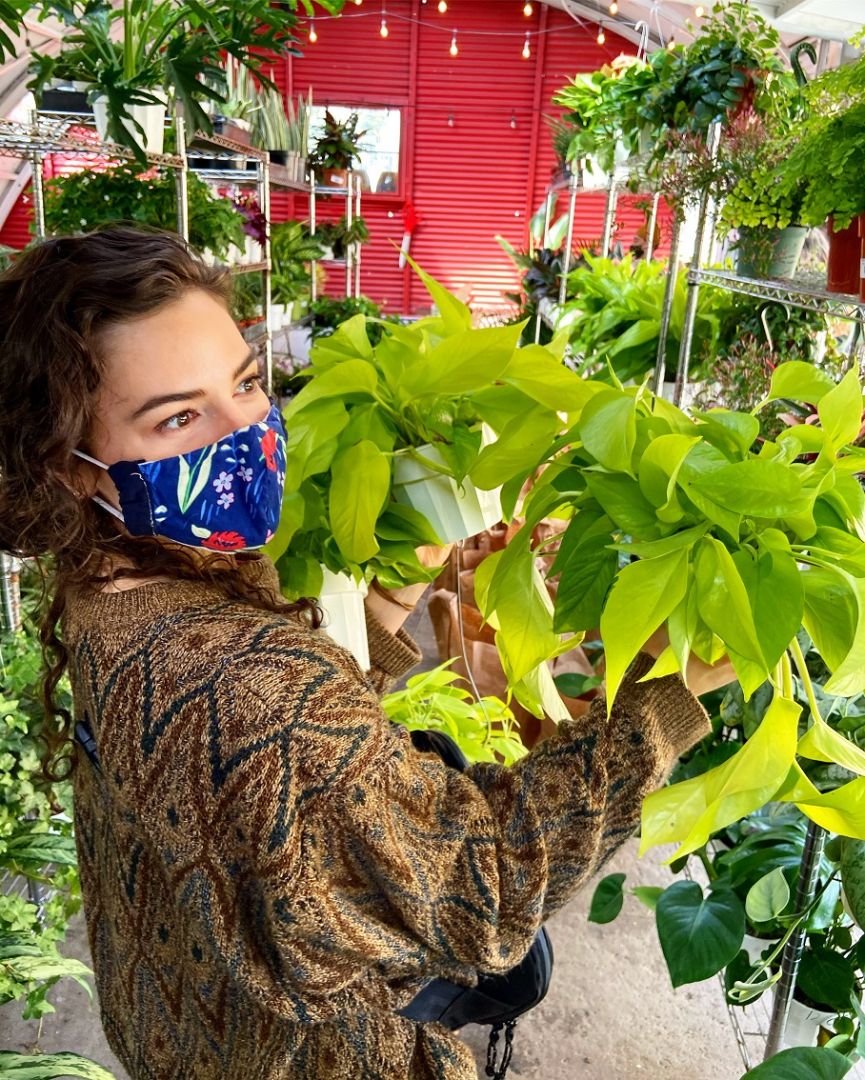 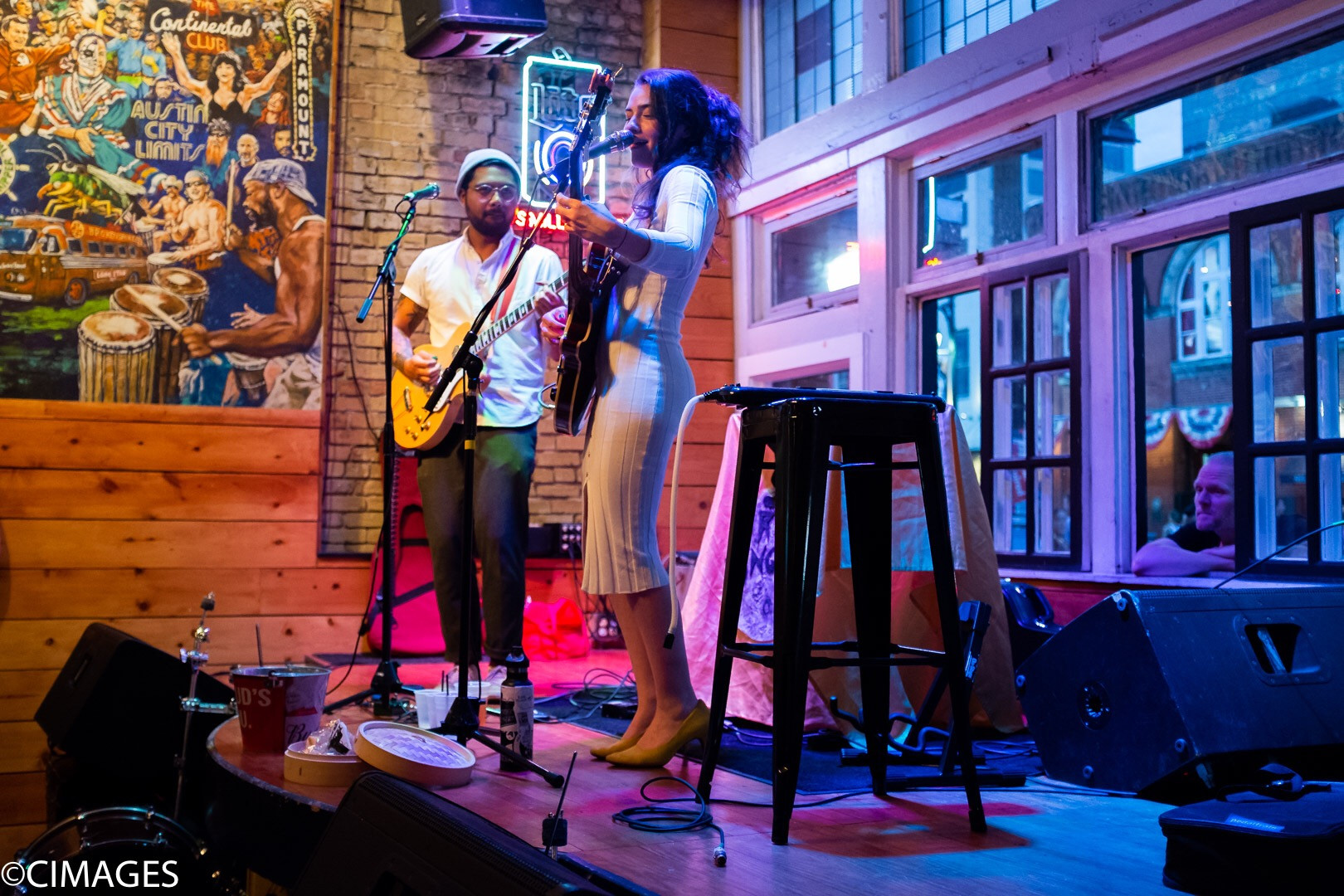 Alright, so let’s move onto what keeps you busy professionally?
Maybe I thrive in a balancing act, or maybe I am just addicted to the juggle, but I always seem to have eight things on my mind. Before the constant soil under my fingernails from planting, I was predominantly wrapping these paws around pencils and my electric bass, Fran, writing music for a local band called Freak Fingers. I play with the incredible, previously mentioned Andre Juan. He can do things with a guitar that you wouldn’t believe. Together, our quirky digits make some pretty unique music blending R&B with soul, funk, and just a touch of pop. Now, I also sing to my plants. They seem to really enjoy absorbing the frequencies and vibrations. That is very scientific actually, plants like music. It all ties together, let me tell you. My plants make me a better player because I practice more knowing they will never judge me, and my playing makes them stronger plants with eclectic taste in tunes. I love the flexibility and constant adaption required to play music. One must be actively present but also engaged in a state of vulnerability so that when the music flows in your surrounding space, you are able harness and interpret the magic in order to create something special that has never existed before. This concept is so thrilling to me, and I use it as motivation for my business, Jungle De Joan. I engage with the mystical elements of Mother Green Goddess, use my empathetic receptors to listen as the plants and spaces whisper their needs, and in the end, we create something that is entirely new and would not have been here on this Earth without your care, patience, and music. As most artists know, your own work is never done or good enough, so you keep expanding, growing, creating, challenging yourself because you just don’t seem to ever quite be doing enough.. For that reason, I will be starting a ceramics class next week actually. I dream about getting these hands on clay and creating the pieces my plants live in as I style for clients. At times, I do feel like I am attempting too much and adding one more thing to the agenda may just cause an implosion, but I’ve learned over time that expanding your brain power in one sector will broaden your mind in another simultaneously. Just keep indulging in all of the things you are drawn to and eventually, your third eye will open wide enough for you to see 360 all at once. [haha, but really, trust your gut.] No two people will have the same story, so listen and be true to your own. I am hopeful that some day, custom Jungle De Joan pottery, Jungle De Macrame, and a Freak Fingers album specifically for plant therapy will be sold in a bundle in the bougiest of LA boutiques. [haha, but really.]

Any places to eat or things to do that you can share with our readers? If they have a friend visiting town, what are some spots they could take them to?
The Arts District is full of wonder and enchantment, so I would most likely start there. We would bloom with coffee at Verve on Mateo. The space is breathtaking unlike any other shop in existence, and I would get to show off some plants that I’ve been caring for around the cafe. We would definitely head over to Angel City Brewery for lunch and great beer to pregame before heading to The Moroccan Lounge for live music. I am also a sucker for plant nurseries, so I would take them over to Wyldbnch before heading to the Flower District. There is this magical place called Flora Clay on San Julian Street where I buy a lot of supplies for clients. We would keep working our way up North exploring downtown staples such as The Last Bookstore and possibly getting brunch at Blu Jam Cafe. I love walking around the Walt Disney Concert Hall. The architecture is mesmerizing, so we would swing by for a look and then head to Echo Park. Everyone has to see the swans after all. Woodcat Coffee is close, so we would make a pitstop and then get some lunch at Monty’s Good Burger. I live in Los Feliz, so we would make time to hike up to the Griffith Observatory and maybe have a cheese plate and grape picnic at the top. I would most likely take them to Mickey Hargitay’s on the west side to look at more plants. Of course, I would then want to inevitably pay a visit to my other favorite plant nurseries as to not leave anyone out, so we would head up to Glendale and pay a visit to SarahCotta Plants on North Verdugo Rd. There is also this place called Tropics Inc on Santa Monica Blvd that I cannot leave out of the itinerary. It is like a museum up in there, I would live there if they would let me. We would most likely end the week on the beach visiting the skate park in Venice beach to see what all the shredders and cool kids are doing and do some bobble shopping on the pier in Santa Monica. They would have to see the classic boardwalk. I would then take them to the elegant and tranquil Malibu area as the cherry on top so that they would never want to leave. We would go to Point Dume and look out. I know a lot of the journey wouldn’t technically be in the city, but seeing the city from different perspectives gives the viewer a new appreciation for the whole. Just look at the skyline from the peak of the Griffith, and you will know what I mean. It is all Los Angeles. 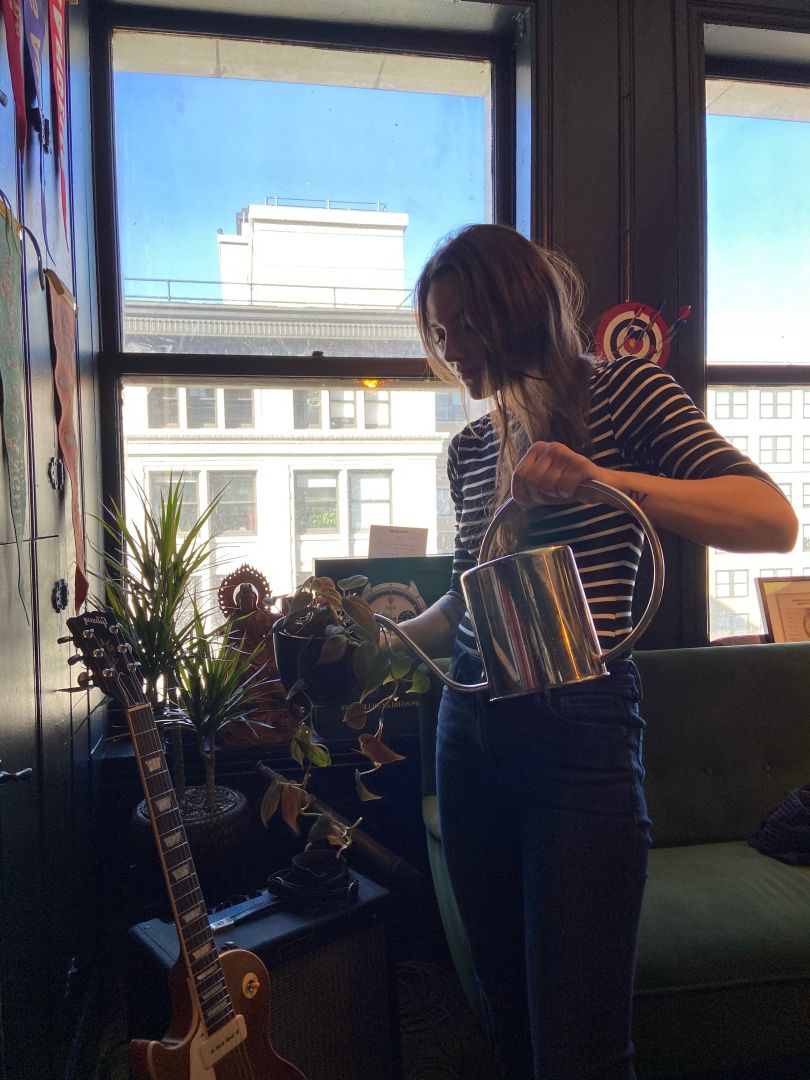 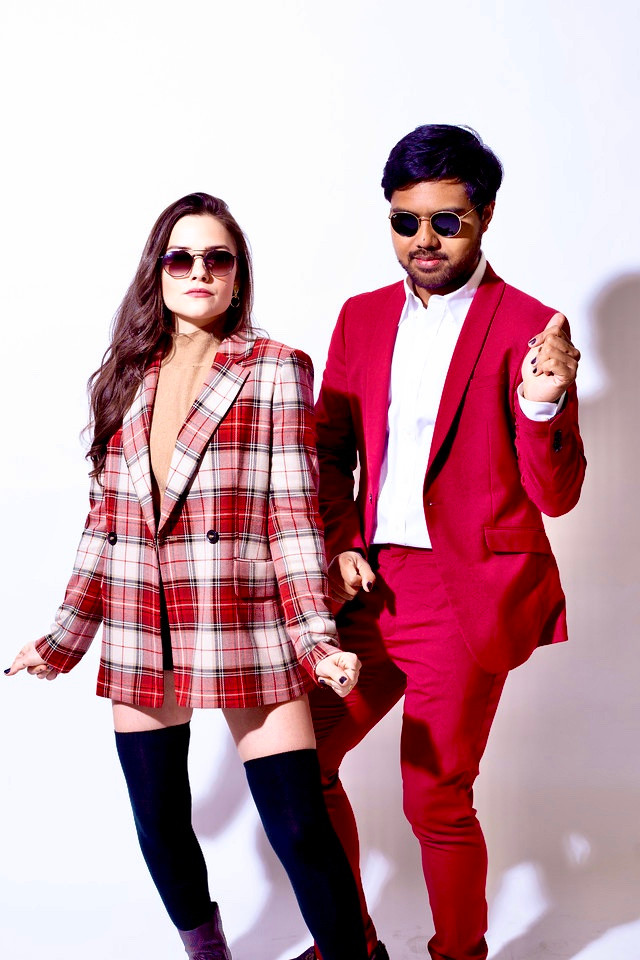 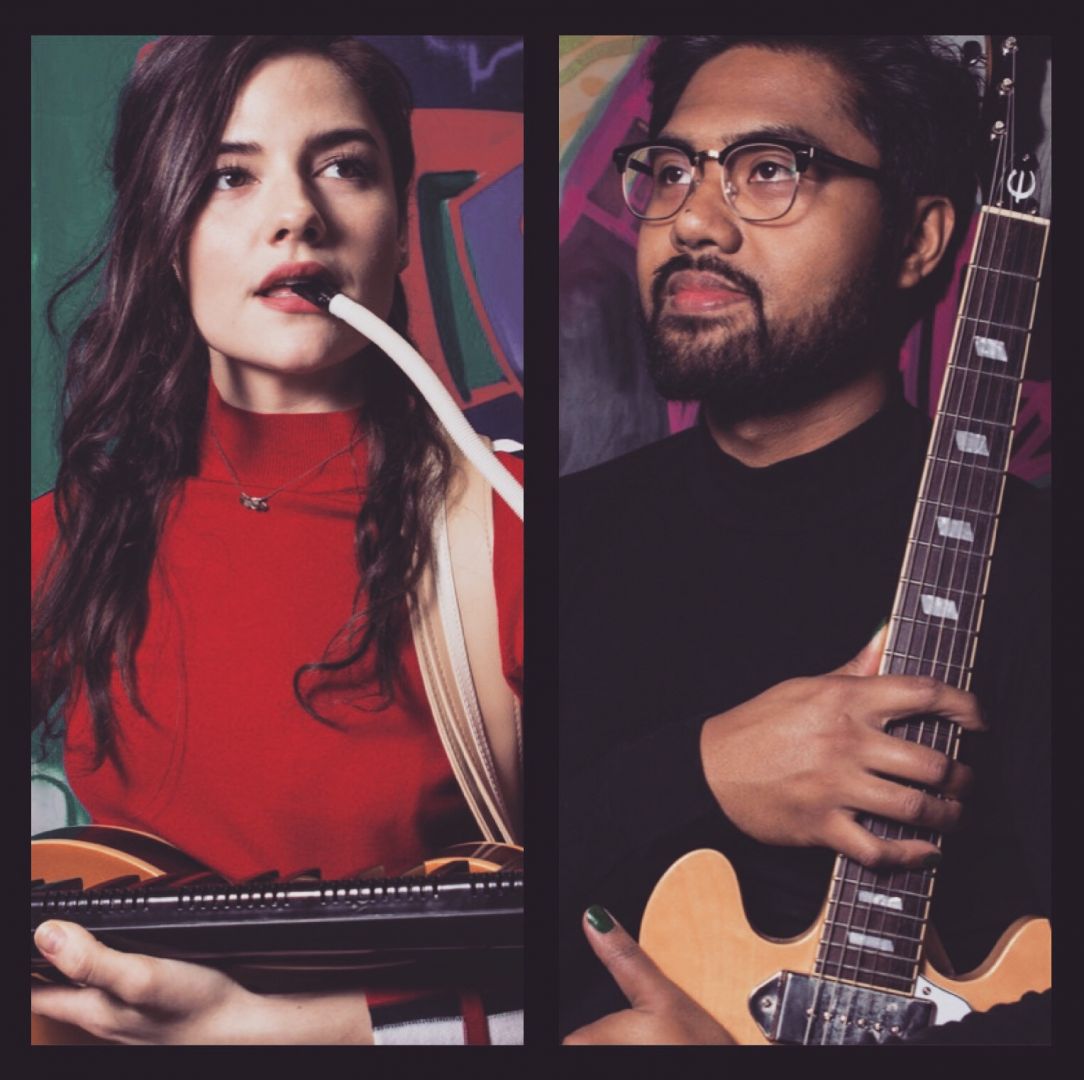 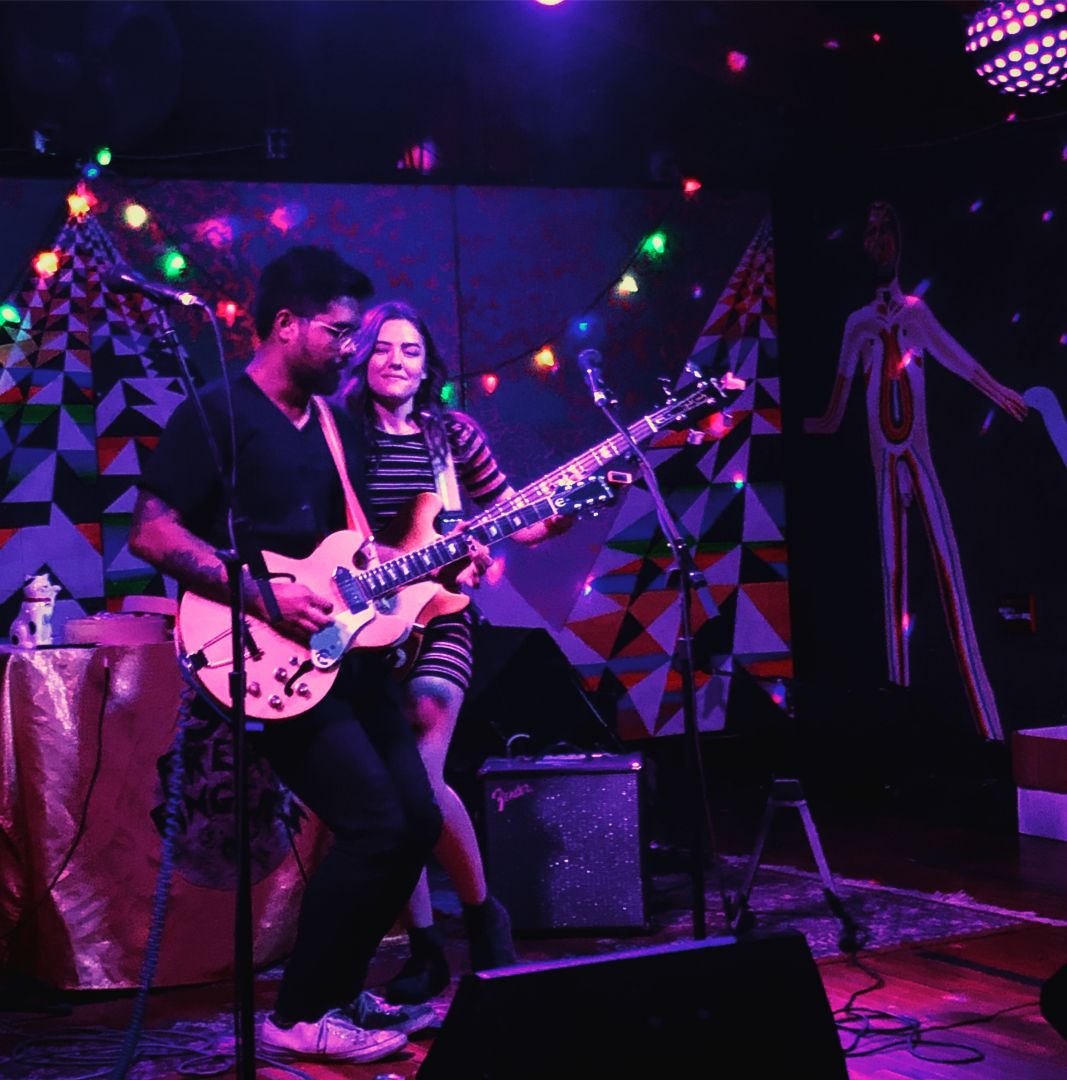 Who else deserves some credit and recognition?
My story would be completely untold, crumpled up and tossed into a metaphorical recycling bin like some old receipt if it weren’t for Andre Paolo Juan. It is in my nature to second guess and doubt my abilities at every turn, but each time I pivot, there he is holding up a big, green sign telling me to spin right back around and keep going, to “be bold and smooth.” He genuinely believes in my capabilities and acknowledges my talents in such a way that I actually feel their weight and the gravity of all that I can do. Through his eyes, I am able to see a someone who appears much taller than my 5’2″ self, someone who I may grow into so to speak. Of course, I wouldn’t be who I am without the unconditional love and occasional torment from my five siblings, parents, and the five nieces and nephews who turned me into the cool, weird aunt. I want to also give a huge thank you to Erin Naifeh for the shoutout and belief in my business. What a sweet surprise it was to receive such recognition from a fellow creator.

Meet Manvee Vaid | Founder at TerraKlay, mother and a learner