We had the good fortune of connecting with Johnny Rome and we’ve shared our conversation below.

Hi Johnny, how do you think about risk?
The fear associated with taking a risk often stems from losing something that has brought you comfort. For me, I don’t think I’ve had the comfort, to begin with. Maybe that’s a really selfish thing for me to say, especially to those amazing people in my life who’ve donated the time, love, and support that has kept me from falling on my face. But after a childhood of being constantly berated and tossed around, it became hard for me to accept that I was deserving of comfort or the happiness that comes with it. So, every impulsive risk was one I took on, hoping to get one step closer to whatever I’ve been looking for. And even if through the worst of outcomes, I’ve found risk-taking to be a crucial element to defining myself as a person and an artist.

If I didn’t choose to leave my abusive household at 18, couch surfing with my friends until High School graduation, I don’t think I would’ve found the confidence in my independence that pushed me to come to LA. If I didn’t drop out of film school to spend my past few months as a summer camp counselor in Idyllwild, I would probably still struggle to see the impact my stories can have on people who need it. The ups and downs associated with the risks I took helped me develop qualities I am proud to see in myself and stories I can’t wait to tell throughout my career. My purpose is defined by risk-taking- it’s my greatest power and (at times) weakness. Still, as I sit here thinking about the projects I’ve made and the projects I’m working on, I gotta thank every risk and every person associated for pushing me to the next step of my life. 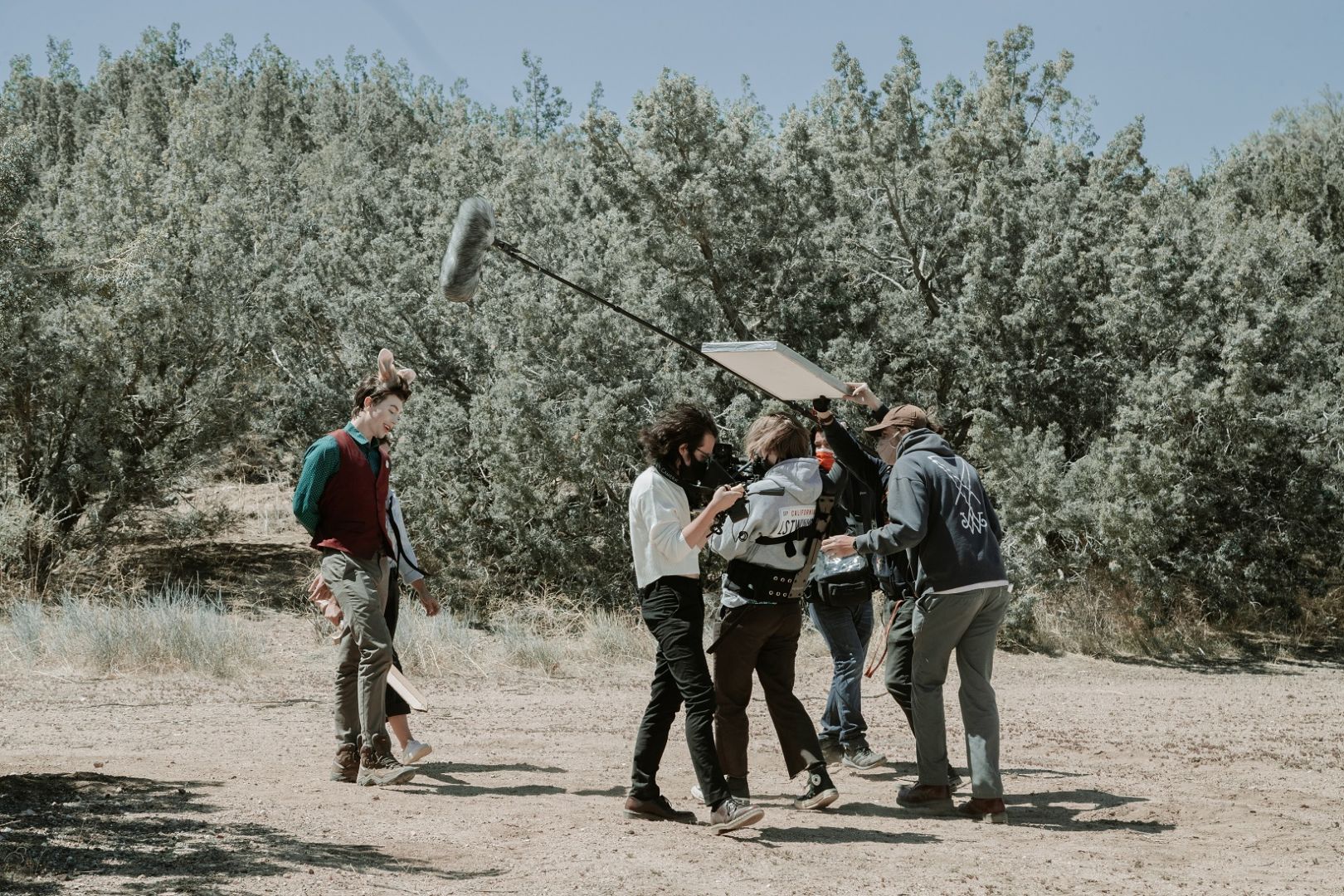 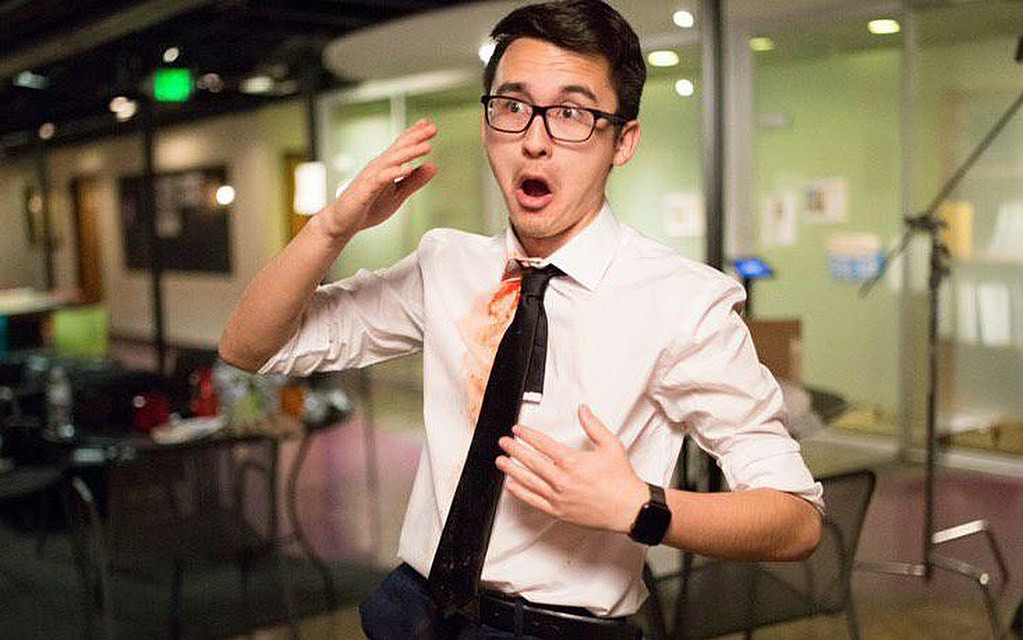 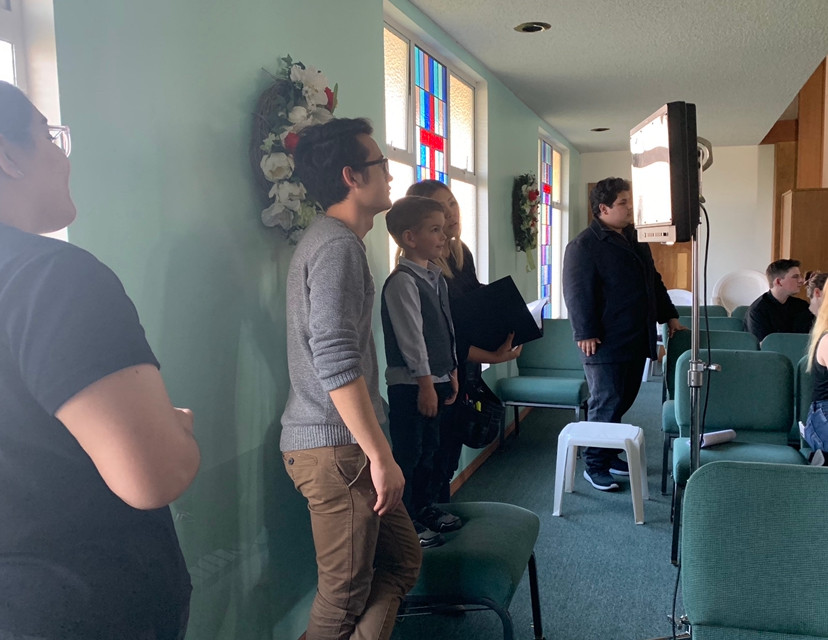 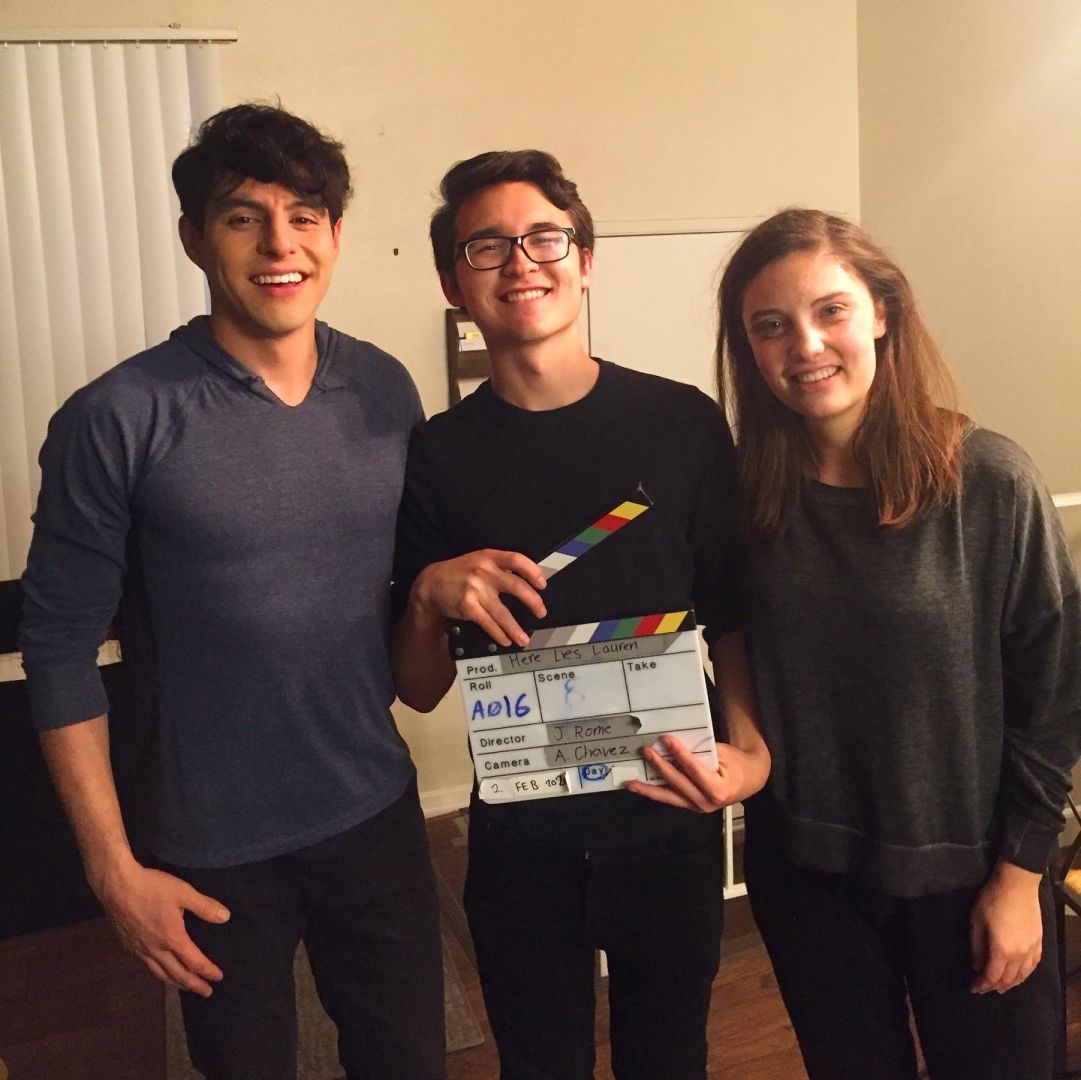 Alright, so let’s move onto what keeps you busy professionally?
At 12-years-old, the special screening of John Hughes’ ‘The Breakfast Club’ inspired me to be a filmmaker. Not because of the synth music or rebellious attitude, but because I felt the power that type of storytelling had to help someone in the audience feel less alone. That became my mission statement- my drive- to tell stories. I want to help at least one person in my audience feel less alone. It’s been almost a decade of poetry books, cringe-worthy YouTube sketches, and truly pretentious short films, but that mission remains unchanged. As a writer, director, 1st AD, and producer, I always ensure that any project I work on (my own or otherwise) is made with that mission in mind.

Soon, it became less important how many projects I attached my name to and more important how well I could understand myself as a person, using that to drive my creative endeavors. It meant many psychiatrist appointments, therapists, and some of the lowest moments of my life, but I came out the other end with an insight into myself and what’s important to me. I’m a Korean-American, Non-Binary storyteller diagnosed with ADHD, PTSD, severe anxiety, and depression. (It’s a lot, but it’s my identity, and I’m not going to hide it from what I put out, whether it’s on TikTok or in front of an Ursa Mini). It’s a level of authenticity I’d been searching for but could only achieve once I took the time to understand and accept who I am- I’m happy I took that time.

After a nine festival run for my 2020 short film ‘Here Lies Lauren,’ I began pre-production for my next short film, ‘Cardboard Castles’. The short follows a non-binary teen who ventures into their imaginary world to kill their imaginary friend, hoping to satisfy their mother’s belief that one must abolish childhood to become a successful adult. After a large push of support from the TikTok and YouTube community I’d built over time, the film went wrapped an insane production in April 2021. As that film goes into post-production, I’m producing Alex Guzman’s thesis film, ‘Silhouette’ (with crowdfunding expected to be up soon), and a web series I’ve spent a lot of time creating about an uninspired children’s storybook writer exploring a series of childlike observations and whimsical queries to make sense of their place in the world and understanding the lasting repercussions of their traumatic past. The web series, ‘Clemmons & Clementine’ (working title), is chugging through pre-production aiming to start shooting in the next couple of months.

Along with the push for non-binary and neurodivergent storytelling, I am a huge supporter of BIPOC representation. When I’m not making films, I’m writing articles and reviews as a journalist for GeeksOfColor, an online media publication dedicated to promoting the voices of BIPOC creatives. I’ve also found myself supporting a number of projects with similar objectives, like acting as a co-host and editor for The First Few Podcast, hoping to have a small hand in creating platforms for BIPOC voices and creatives to be heard. The biggest thing to know is that I’m always growing. Even allowing myself to open up about neurodivergency and gender identity on my TikTok (which recently crossed 100k followers). These are topics I’m passionate about and, no matter how much I look to seek out growth and change in myself, those will never stop being an important part of who I am and what I create.

If you had a friend visiting you, what are some of the local spots you’d want to take them around to?
Dang, I haven’t done nearly enough exploring in Los Angeles since I moved here. I’d probably take them to Dave’s Hot Chicken because I love their chicken sandwiches and the Chuck E. Cheese’s in Northridge to subtly flex my skeeball skills on them. I’m also a huge fan of Neon Arcade and (for a more outdoor option) Balboa Park has seen many picnics from me. 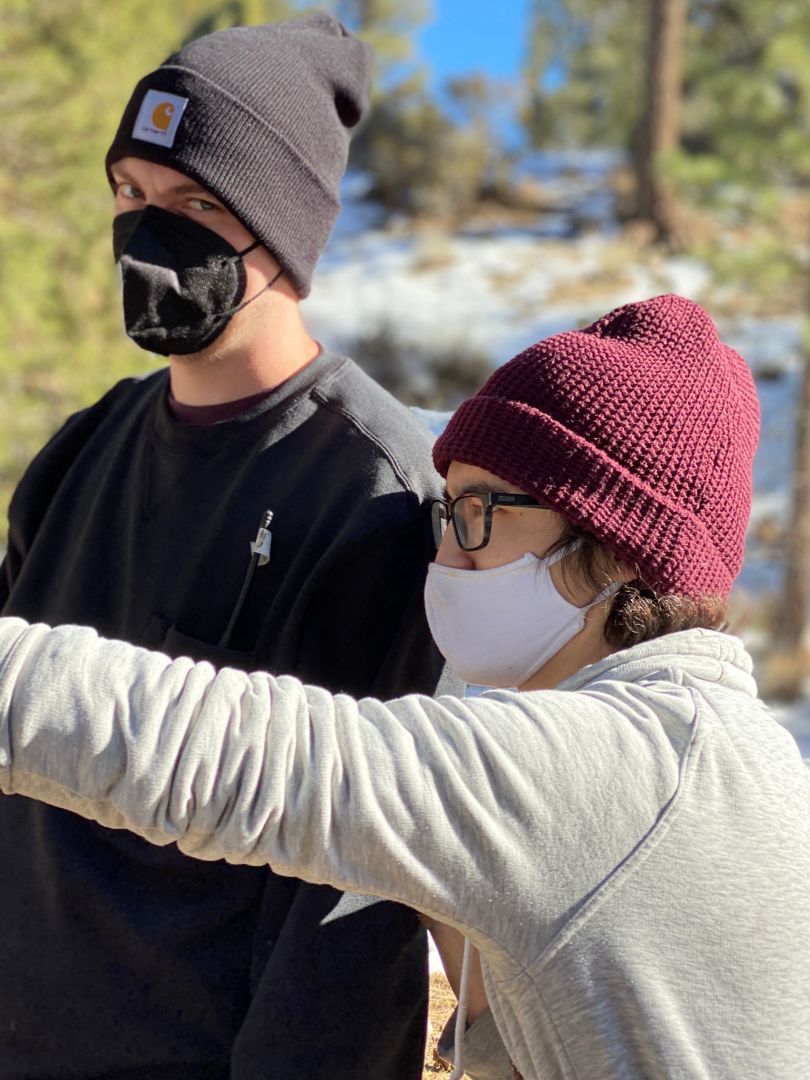 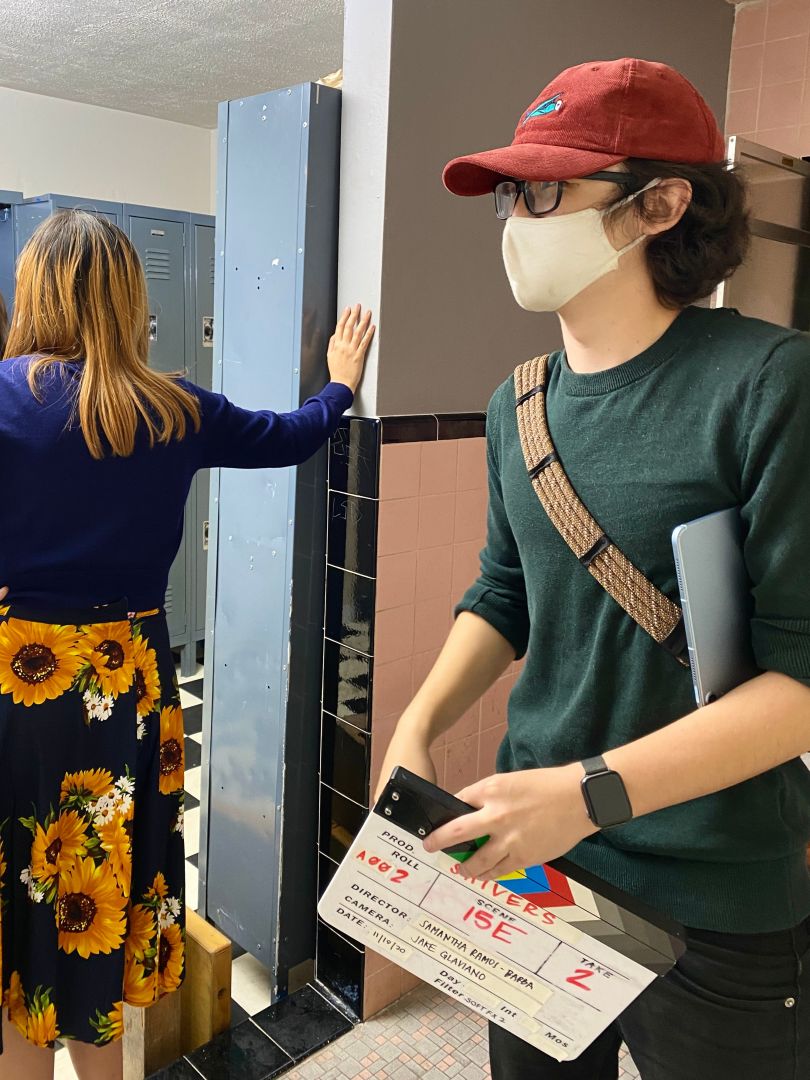 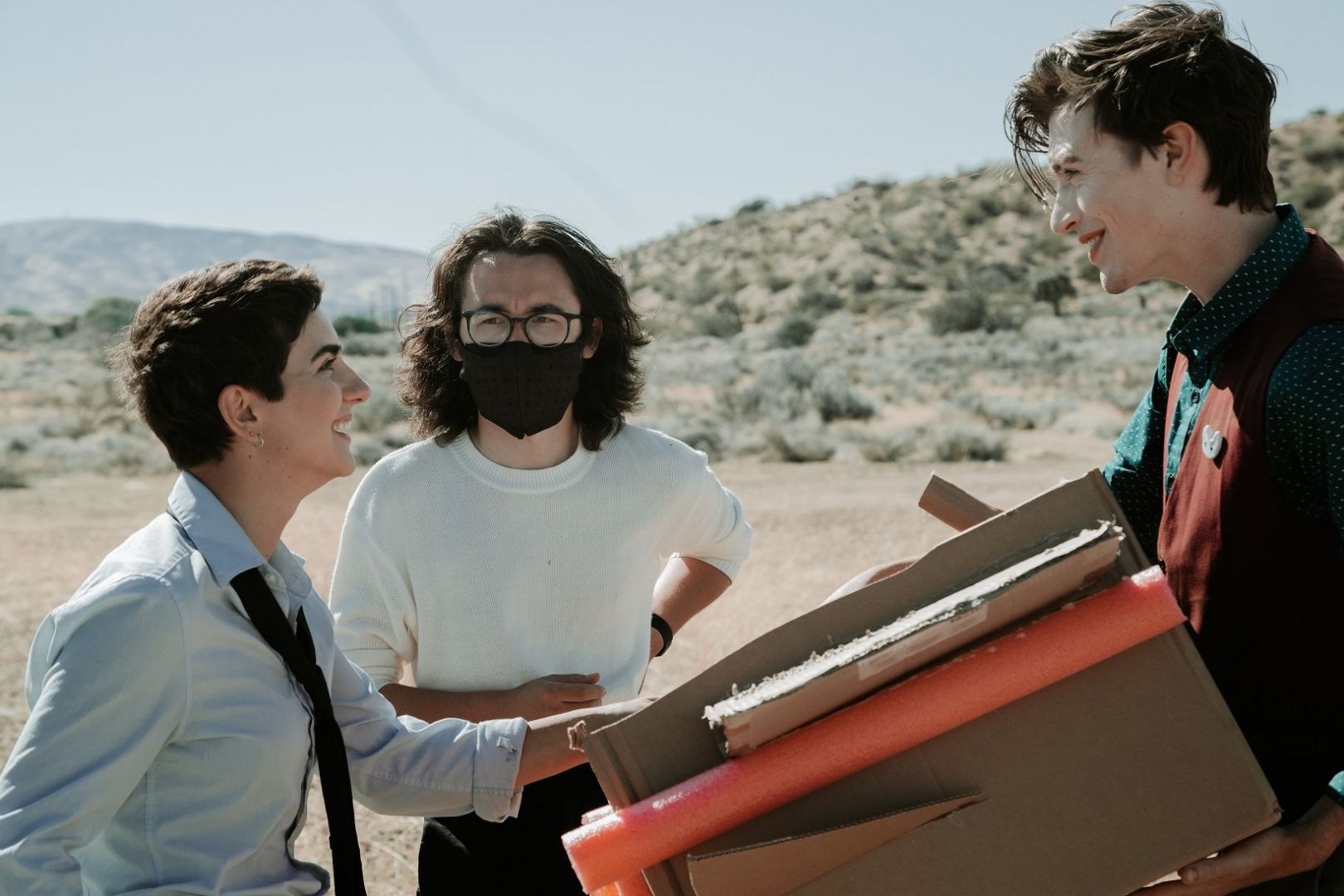 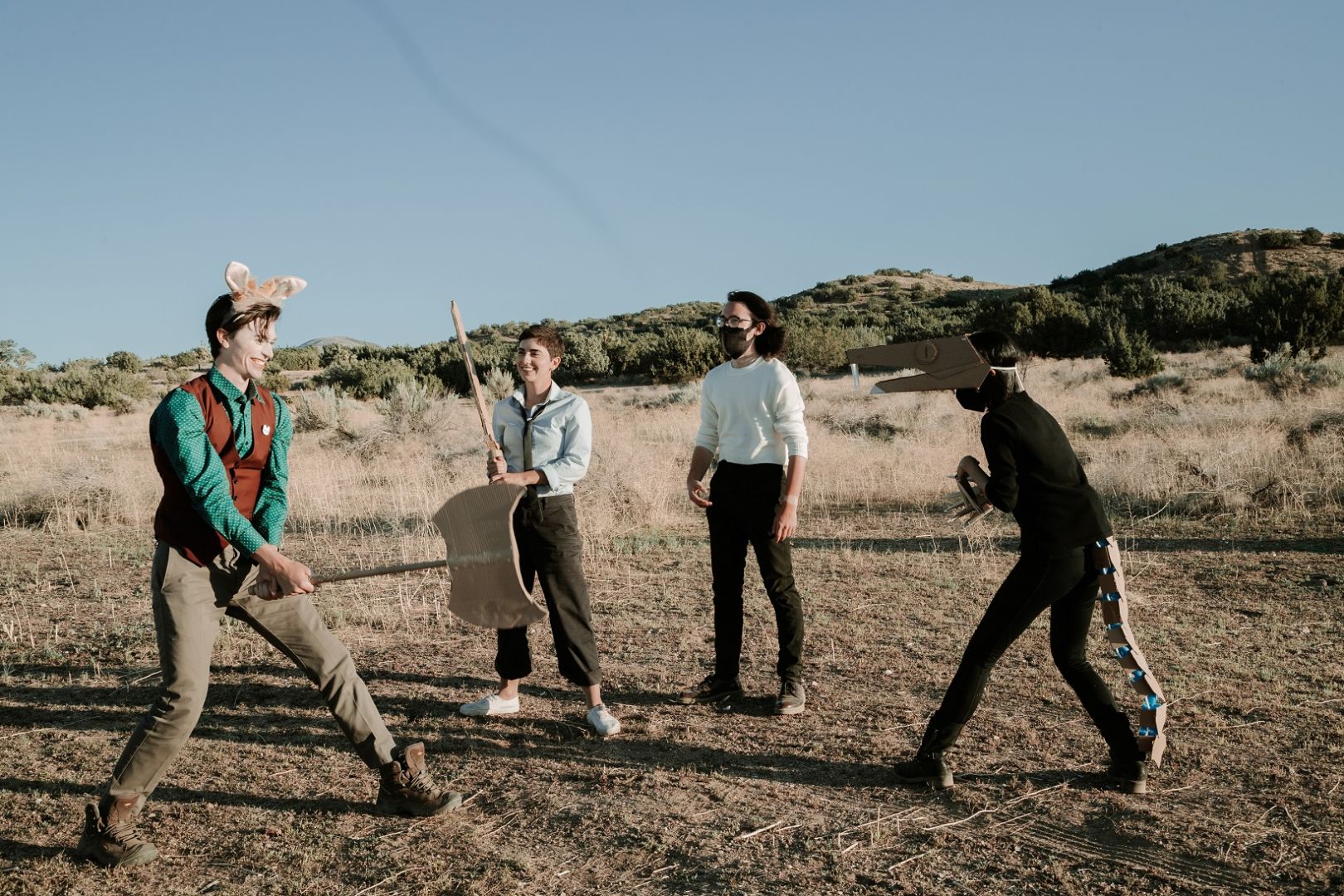 Shoutout is all about shouting out others who you feel deserve additional recognition and exposure. Who would you like to shoutout?
Robert Eliason has supported me and my endeavors since I was 15. He quickly went from a local photographer adjacent to my hometown to the Executive Producer that’s funded almost every project since my high school feature film. Not only becoming a sort of guardian angel when things got terrible with my abuser, but showing me the power of found family through the expansive community of artists he introduced me to. Every project I create is dedicated to him and his late mother, Fona Eliason.

Fona was a beacon of light in so many ways to so many people. I love when Robert tells me stories about her badass years as a young adult that perfectly reflect the “take-no-bullshit” attitude I saw plenty of times in her last few years. Probably the funniest thing was when she would give Robert a good smack in the arm when he poked fun at me through sarcasm. She cared about me and so many others, and it was her that taught me the power of empathy that I’ve embraced in myself as a young adult. She’s bold and caring, and I live my life the same way, knowing she’s always watching me, supporting me, and believing in me for all the eccentricities that make up “Johnny Rome.”