We had the good fortune of connecting with Jon Meggison and we’ve shared our conversation below.

Hi Jon, what role has risk played in your life or career?
To me i believe risk taking is everything & its how we all grow as people. It has played the biggest role in my life and career. When i decided to take the risk and pursue the career as in actor everything i did, every decision i made was a risk, because in this industry nothing is ever a guaranteed. So back in December of 2019 when i threw myself into this world i went to my first actors showcase in Los Angeles. It was called TCE – The Celebrity Experience that is hosted by Adrian R’Mante who is known for his iconic role as Esteban in the Disney show The Suite Life Of Zach and Cody. At that time i had no experience, i did not know how to audition, i didnt know how to do monologues, no class experience, i had nothing; All i had was a folder of headshots, and a blank resume. i went to LA i had no plan i just knew i needed to go, I had no money, wasnt sure where i was going to stay, i didnt even have money for an Uber. It was the biggest risk i have ever took & i was there for 3 days. Luckily i had a friend who lived there that i called and he let me sleep on his couch. So at this showcase they bring the top agents from LA/NY to scout new talent. Every person there performed on stage a 1 minute monologue & at the end of the showcase on the last day there would be callbacks with a list of names of the talent that they wanted to talk to about possible representation. Well when it came down to me i had ZERO. And even know i didnt get an agent at the end of it, taking that risk really paid off for me today and got me to where i am. That was the craziest thing i have ever done. 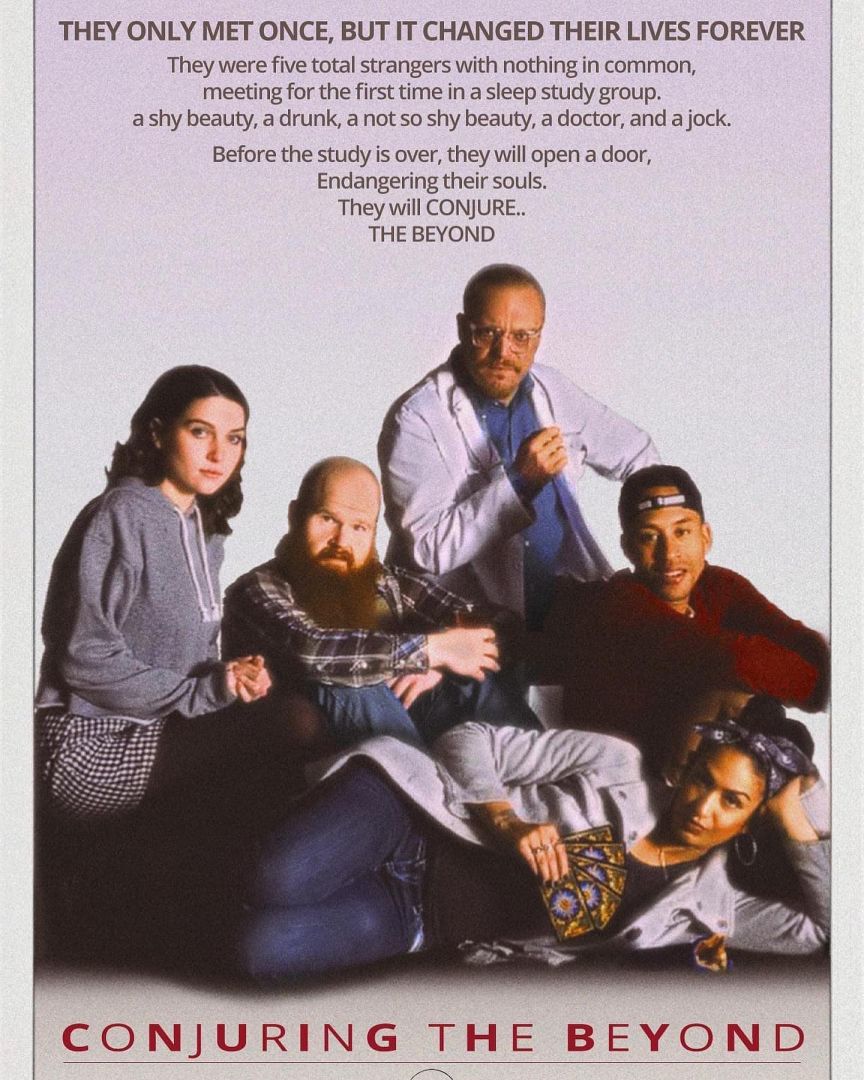 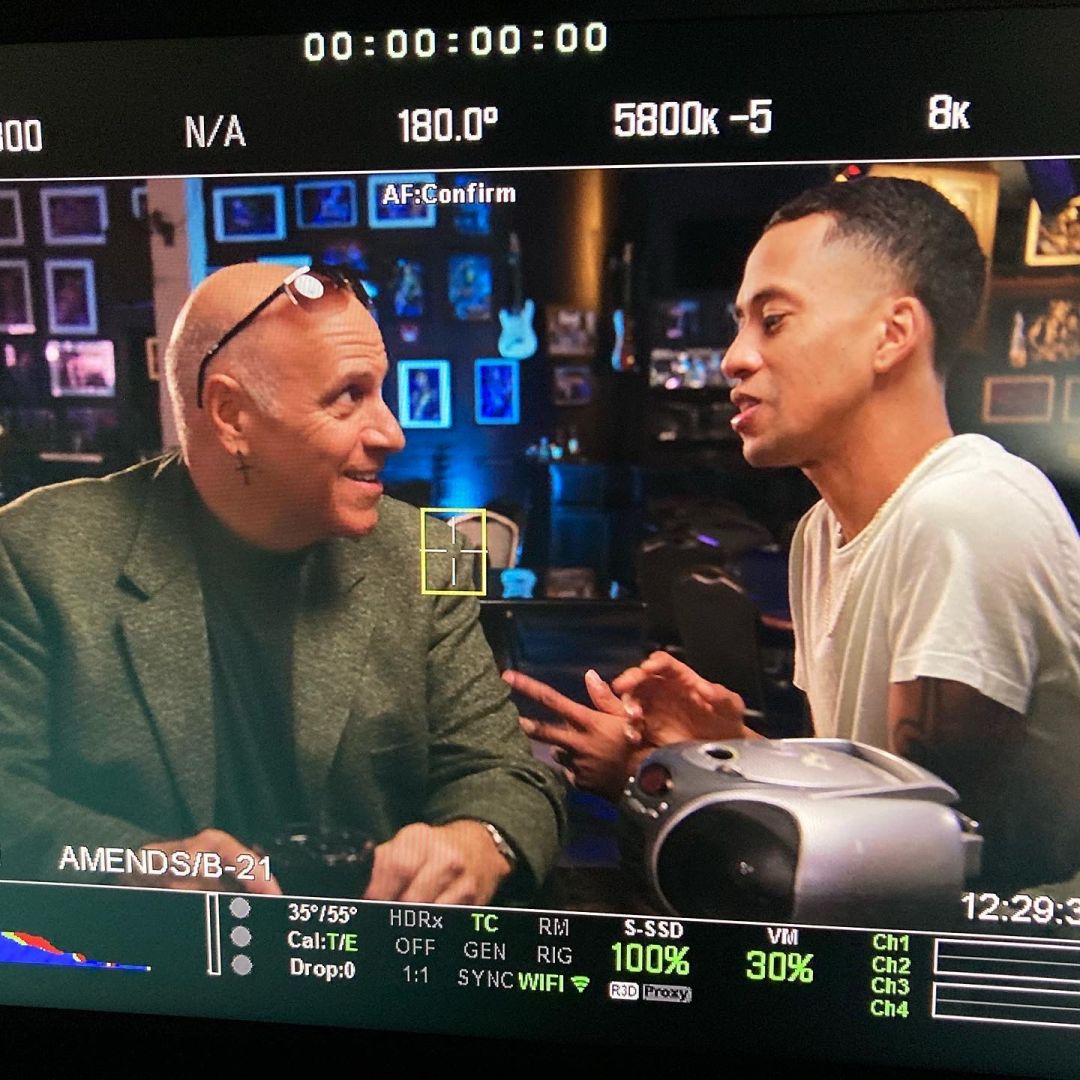 Alright, so let’s move onto what keeps you busy professionally?
So i began my journey in 2020 when Covid hit. And one thing is it wasnt easy; at the time everything was shutdown, there was no productions happening, there was no access to acting coaches etc. The only thing i had was my phone camera and youtube to be my teacher. It was definitely the biggest challenge of my career and the most frustrating. I had to learn everything on my own; and the hardest part was not knowing where to start; So i started reading books; my favorite book that i still read to this day is written by Jenna Fischer “The Actors Life” that book guided me through my first year. And helped me understand things a lot better. That book showed me how to self tape, break down scripts, what kind of actor i wanted to be, but most importantly it helped me understand the business side of the industry; which was a major help. i spent every day for hours in my bathroom doing monologues in the mirror trying to figure things out. I would do 1 new monologue every week and put it on tape then upload it on my social media so i and others see my progress. If it wasnt for those hard times i wouldnt be where i am today.

The things that i believe that separates me from the others is 3 things; which i speak on daily. And that is discipline, consistency and sacrifice. i have disciplined myself to know im playing this for the long game and i just have to stay patient and keep putting in the work. I stay very consistent in what i do because i know i can do this for the rest of my life & its all that i want to do. And i have been willing to sacrifice whatever it is to make my dreams a reality. But beyond that i dont wait for things to come to me. Theres a saying “Good things come to those who wait” i believe completely different “good things come to those who work for it” During covid in 2020 alot of people were saying theres “no work” i took that as a perfect time to go look for it. At the end of my first year i ended up with 11 films under my belt.

One of the things i am the most proud of is in early 2021 i won my first Actors award. I was awarded Best Lead Actor in the Indie Film short fest film festival for a film i did called “It Takes Talent’ which you can find on youtube, it is written and directed by Roleph Dubreus. That moment i felt everything i have been doing to get to that point starting to pay off; it was a proud moment for me and only fueled me to work harder. But my proudest moment is in August of 2021 i landed the lead role in my first feature film called “A Haunting In Ravenwood” which was directed by Calvin McCarthy and is out to stream on Amazon Prime, This was my debut film to a streaming platform.

in January of 2022 i was in West Palm Florida, where i got to work with award winning director Stephen Sorrentino. I had booked a supporting role in a SAG project Amends Of The Father. This film will be playing in over 20 countries & also will be at Sundance Film Festival. Be on the lookout for that one releasing late 2022.

November of 2021 i was in a Feature film called “Survivors Choice” staring Eric Roberts who is very well known in the industry in the Dark Knight and Greys Anatomy. His sister is Hollywood known Julia Roberts & his daughter is Emma Roberts. That film i booked during Covid from Backstage and was my first film done with a big name i am really excited to see that.

But what i am most excited for is in most recent i was a lead in a film called “Conjuring The Beyond” That will be releasing to distribution later this year, I had got brought back by the same production team that had cast me for “A Haunting In Ravenwood” that film really expanded me and i learned alot about myself as an actor i really gave it everything so im excited to see how it turns out. Me and Porter the character i portrayed we really went on a journey together.

With all that i went through and still going through with all the lessons ive learned. I just want to let everyone know that anything is possible & if it exists you can have it. Because it does not matter where you come from, but where you are headed. You just have to be willing to sacrifice, be disciplined and stay consistent for whatever it is that you want out of this life. 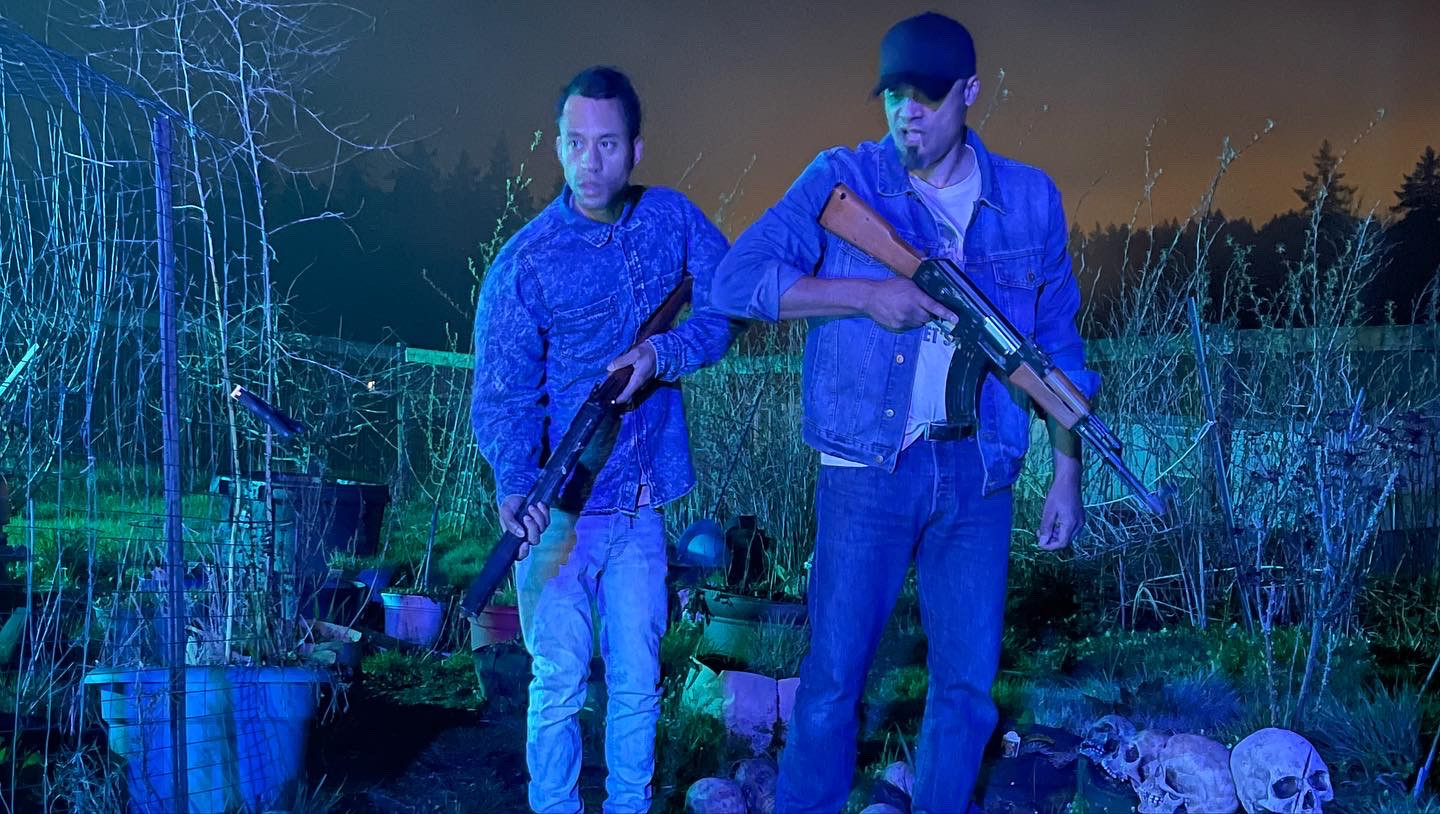 If you had a friend visiting you, what are some of the local spots you’d want to take them around to?
Seattle is a beautiful place with plenty of things to do. It just really depends, one thing that i think is really cool that most people dont know is that the original Seattle sunk and is actually underground. So the city you see now is built over the original; the coolest thing is that you can actually go see parts of it underground where they have turned it into shopping stores. Also Seattle has the space needle which is really fun to go see, Seahawk football games are the best & in the summer time Seattle has a lot great restaurants to eat. It just really depends on what you want; for me i personally like the food trucks especially where i can get Carne Asada Tacos they are the absolute best. Also coming from my culture there is a lot of great Hawaiian and Filipino restaurants that is real authentic, that is my always number one go to. Now im not a hiker but being in the PNW i have friends who camp and hike alot and i know there is plenty of places to go and be outdoor and hike, that is one thing i would recommend to anyone who enjoys doing that. If you are a nightlife person Capitol Hill in Seattle has all the night fun. Bars, clubs, etc and all the most interesting people you could meet. 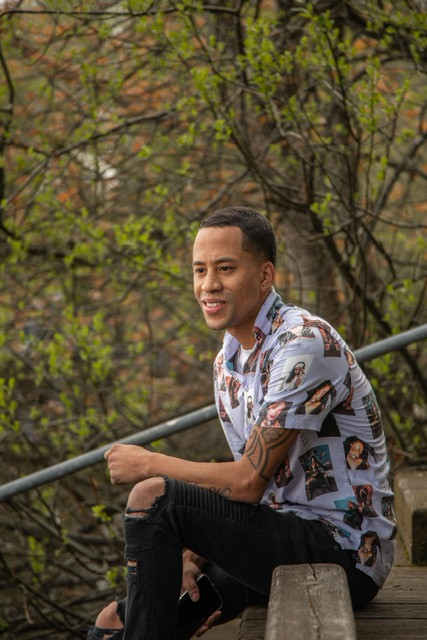 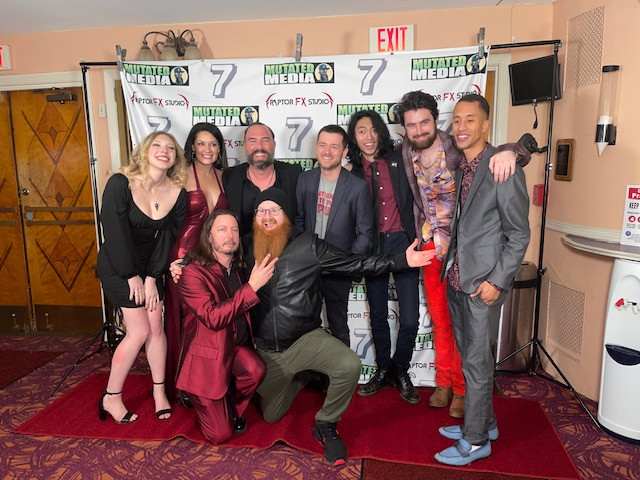 Who else deserves some credit and recognition?
I would love to give a major shoutout to my Seattle Talent team. They were my first agency that i signed with & have shown the most support & encouragement & have guided me every step of the way. When i first signed with them it was for commercial print modeling & agency Owner Hank Ritter he had convinced me to try acting. At first i wasnt so sure of it and then covid had happened & thats when i decided to make the jump. During my journey they have been by my side every step of the way really helping me become successful giving me the knowledge, and the tools that i needed to be successful. They believed in me since day 1 and if it wasnt for them i wouldnt be where i am today; Specifically CEO Michael Mckay. Hes helped me in so many ways with his words of encouragement. Him and hank they have put me in front of the top agents in LA allowing me to showcase all the hard work and dedication i put into my craft for the last 2 years i spent meeting with agents. And because of that i am now represented by Rebecca Ek with Eris Talent Agency in Los Angeles, NY & ATL.

I would also want to shoutout to my mom & sisters. They have been my biggest support system during this journey. They have been there for me and on my side every step of the way since day 1 and have never stopped believing in me; they give me daily encouragement and whenever i need a reader to help me with an audition tape they are always there. Whenever i need advice they are always there, but most importantly when things get rough they always remind me this when i need to push through the most help me get back on track. They have a huge hand in my success and it would be impossible to be where im without them. 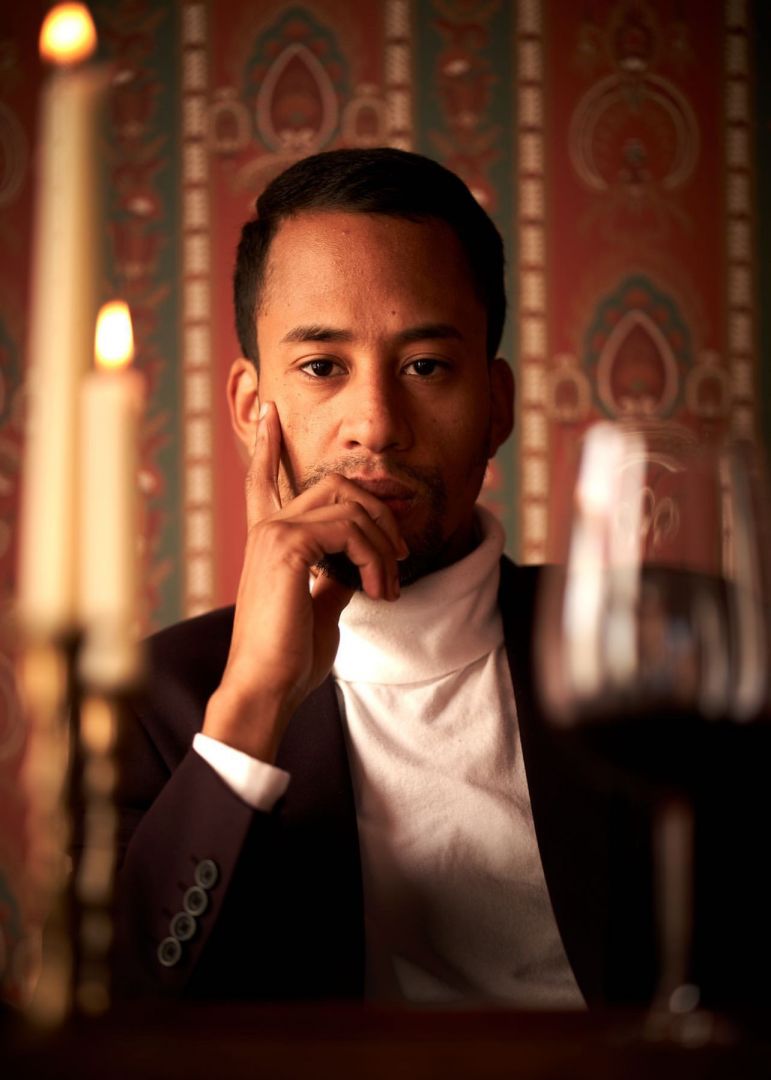 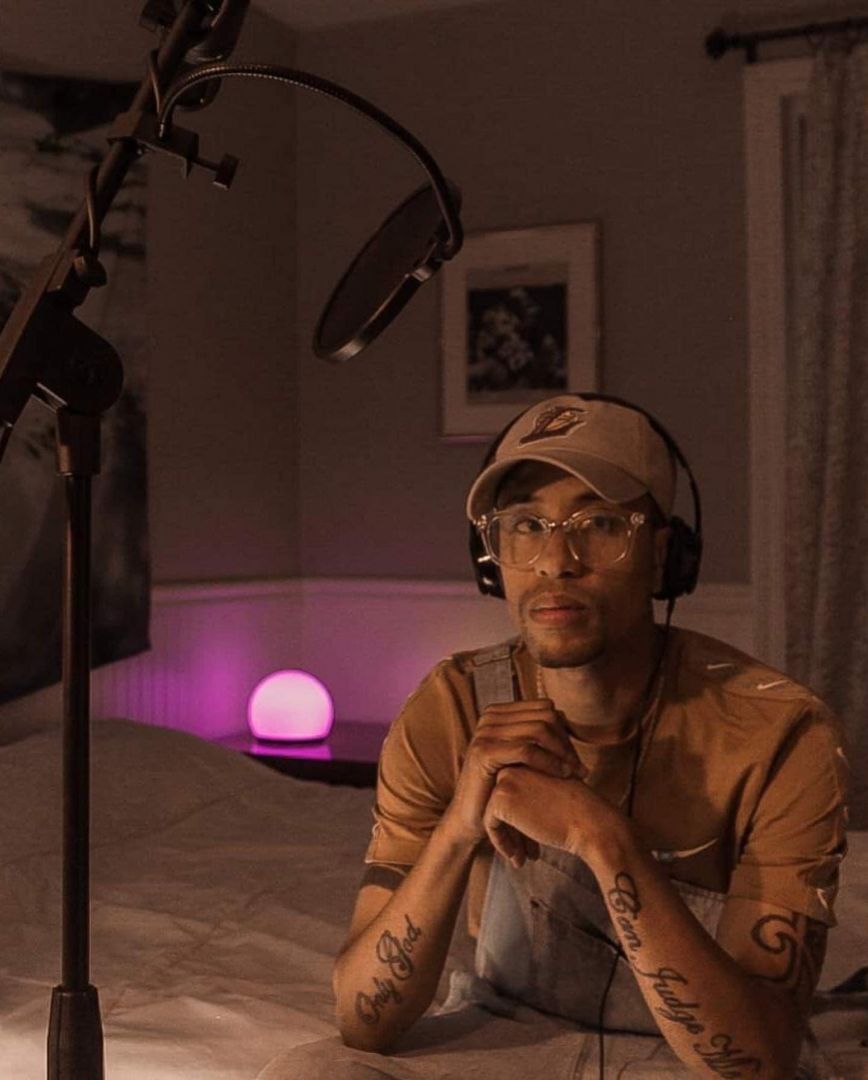 Other: Check out my movie on Amazon Prime Video https://www.amazon.com/Haunting-Ravenwood-Eileen-Dietz/dp/B09Q14ZRVW/ref=sr_1_1?crid=HPWKE961SHZ6&keywords=a+haunting+in+ravenwood&qid=1652168931&s=instant-video&sprefix=A+haunting+in+r%2Cinstant-video%2C500&sr=1-1