We had the good fortune of connecting with Joseph Schneider and we’ve shared our conversation below.

Hi Joseph, have you ever found yourself in a spot where you had to decide whether to give up or keep going? How did you make the choice?
The thing is, we often don’t know what we really want out of life. Quite the contrary—we have a knack for latching onto an idea because the fantasy excites us, or early praise makes us think it’s what we’re destined to do. Man, I had it all worked out, how it was gonna go. I could just see it—talking about my process to worshipful acting students, giving behind-the-scenes interviews, getting out of limos. Not any actual acting, mind you, just the ego-stroking bullshit we dream up when we’re young. I call it “cartoon success,” because it’s completely divorced from reality. Only cartoon characters live that way. Bugs Bunny drinking carrot juice next to his carrot-shaped pool. There were just a couple things standing in my way. One, I wasn’t very good. I mean, I was good enough to get the occasional gig, and some of the skills helped in my work as a magician, but I was far too self-conscious to truly find myself in a character. I also wasn’t willing to make the sacrifices to be truly great at it. So it wasn’t until I realized that it was the fantasy I was chasing that I saw I was absolutely on the wrong path. This may all seem obvious from an outsider’s perspective, but I was really good at fooling myself into thinking acting was what I wanted. We have this very bizarre, one-size-fits-all approach to quitting in our culture—essentially that to give up is a sign of weakness or lack of character, and must be avoided at all costs. This is harmful nonsense. Sometimes it takes tremendous courage and discipline to quit. The ability to recognize and let go of a stale idea or self-defeating course of action is one of the most liberating and mature skills we can develop. We don’t admire the gambler who pumps her life savings into a slot machine. We don’t tell her not to quit, to just stick with it, do we? If I’d kept pursuing acting purely because of the culturally imposed idea that quitting was wrong, I’d be miserable, broke, and creatively unfulfilled today. When I’m not writing murder mysteries, I work as a history teacher, and in my classroom I’ve got a Churchill quote on the wall—“Success consists of going from failure to failure without loss of enthusiasm.” I like this approach because it aligns with reality, and it’s terrific to keep in mind once you’ve settled on what it is you truly want to succeed in. And how do we know what that something is? Here’s what I can tell you from experience: The question we should ask ourselves when deciding what we truly want shouldn’t be “What am I most passionate about?” Passion can be misleading and fickle. How many things were you once passionate about that you couldn’t care less about today? The question instead should absolutely be, “How much suffering am I willing to endure for this?” I’m telling you, that question’s a razor, and I use it as often as I can. Not just in my work, but in relationships, habits, everything. Try it, and you’ll find you can cut away countless false starts, distractions, and dead weight. 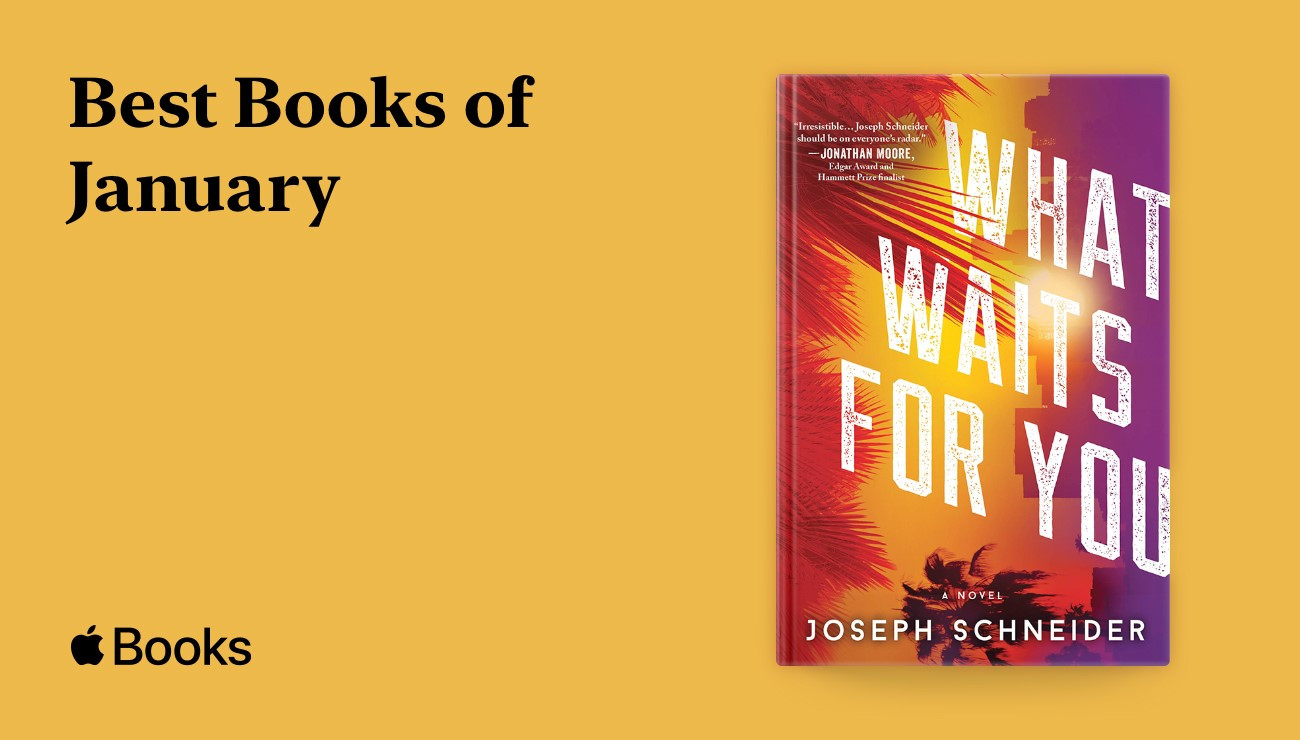 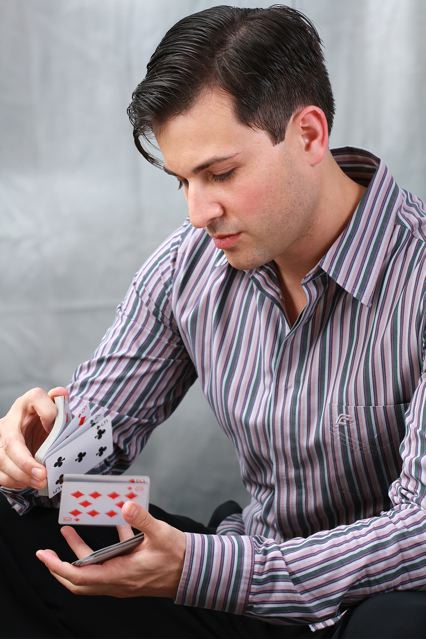 Alright, so let’s move onto what keeps you busy professionally?
There’s a very seductive—and often prevailing philosophy—that art must be foremost about self-expression to qualify as art. But this is ultimately a losing position. First of all, it doesn’t encourage artists to truly challenge themselves, because according to this approach all expressions are of equal validity and quality and there’s no need to improve. Art becomes critic proof and subsequently meaningless. More than that, however, is that by adhering to that path you’re essentially closing yourself off from your audience. This not only reduces the likelihood your work will ever see wide distribution, but it practically ensures you’ll miss out on the most rewarding aspect of the process. Let’s ignore for a moment the artists who don’t care (or claim they don’t care) how their work is received, as I imagine most folks who decide to compose or paint or write or make movies care very much what people think. I certainly do, which is why I don’t put the emphasis on self-expression. What gets me going and keeps me going is the connection, always the connection—to reach out through the writing and engage in a shared experience with the reader. This is what Stephen King in his magnificent On Writing calls “an act of telepathy.” To me that’s much, much more substantive and exciting than pure self-expression. If you find you’re struggling with this sort of thing, that’s good, because it probably means you’re on the right track. It took me years to develop my current set of skills, and I’m nowhere near where I want to be. A big shift occurred as I went through the MFA at Saint Mary’s College. I entered the program thinking I pretty much already knew what I was doing, and that it would just be a kind of echo chamber of praise and encouragement. It wasn’t. I realized almost immediately I’d seriously been overestimating my abilities. My writing was pretentious and labored. I wasn’t making a connection; instead I was pushing my readers away. I had to completely rethink my voice and my approach to prose structure. Or maybe it’s better to say I had to outgrow my own bullshit. I was lucky enough to have four exceptional professors—Marilyn Abildskov, Lysley Tenorio, Thomas Cooney, and the late Wesley Gibson—to guide me through this painful and essential transition.

Let’s say your best friend was visiting the area and you wanted to show them the best time ever. Where would you take them? Give us a little itinerary – say it was a week long trip, where would you eat, drink, visit, hang out, etc.
Usually I only get a day or two to show someone around our beautiful city, but if I had a week? Here’s what I’d do: Day 1 – An early lunch at Daikokuya in Little Tokyo. Despite there being over 170,000 words in the English language, I don’t think one exists that does sufficient justice to their original ramen bowl with tonkotsu broth. (“Empyrean” comes close, I suppose.) From there we hit the Griffith Observatory—an architectural treasure in itself—making sure to check out the planetarium, the giant Tesla coil, and the rotunda ceiling. One of the great modern astronomers—and I mean of the Edwin Hubble and Cecilia Payne variety, seriously—Dr. Ed Krupp, has directed the place for more than forty-five years, and under his leadership it stands among the world’s must-see science exhibits. After that a hike up Mt. Hollywood for the most spectacular views of the LA skyline. Dinner at Little Dom’s on Hillhurst, then over to the Cinerama Dome if something good’s playing. If not, then straight to the Tiki-Ti for a Ray’s Mistake. We were gonna go there anyway before the night was out, so might as well get an early start. Day 2 – Dim sum at Ocean Seafood, followed by a stroll through New Chinatown plaza, then a stop at Tyrus Wong’s spectacular dragon mural at 951 N. Broadway. After that, more downtown sightseeing—Union Station, shopping at Olvera Street, followed by lunch at Cielito Lindo. Afternoon and evening in Los Feliz: Soap Plant/Wacko, Y-Que, Skylight Books. Cocktails at the Dresden Room, burgers and black-and-white milkshakes at Fred 62, then more cocktails at The Study. Anything good playing at The Vista? We’re there. Day 3 – The Huntington Museum and Botanical Gardens. A mere fraction of its highlights: the Ellesmere Chaucer, a vellum copy of the Gutenberg Bible, Newton’s personally annotated Principia, the Garden of Flowing Fragrance, Japanese garden and bonsai collection, Edward Hopper’s “The Long Leg.” Break for lunch, fudge sundaes, and a banana split at Fair Oaks Pharmacy and Soda Fountain. Back to the Huntington to explore the rainforest and desert gardens. Dinner? Tapas in front of a live flamenco show at El Cid. Day 4 – Rockin’ WeHo. Breakfast and shopping at The Original Farmers Market, then across to the La Brea Tar Pits for some Ice Age action. Up to the Sunset Strip and Mystery Pier Books for glimpses at signed first editions of Dracula, Catcher in the Rye, and most certainly Fear & Loathing in Las Vegas. Cry over the fact that Tower Records is gone, then photo op at Chateau Marmont. Head over to the Beverly Hills Hotel—gaze longingly at the bungalows where Howard Hughes, John Lennon, Marilyn Monroe used to crash (hers was #7, FYI). And since we’re on a Hunter Thompson kick, let’s do Singapore slings—mezcal on the side—on the patio of the Polo Lounge. Finish out the evening with a double-bill of cinema gold at Tarantino’s New Beverly. Day 5 – Avalon. Grab the ferry out of Long Beach to Catalina, spend a lazy day lounging around LA’s island paradise. Marvel at the sapphire blue waters, the shimmering Garibaldi. Tour the first movie theater ever fitted for sound, foxtrot on the world’s largest circular dance floor. Dinner at Steve’s Steakhouse looking out at Avalon Bay. Overnight at the Pavilion Hotel, right on the beach. Day 6 – Miscellaneous wonders. The Museum of Jurassic Technology, lunch at Yamashiro to ogle over the view and indoor koi pond, ice cream at Mashti Malone’s, a Dodger game. Are The Raveonettes gigging in town? If not, let’s throw on Ode to LA to close out the night. Day 7 – Visit a real estate office, because you won’t want to leave.

Who else deserves some credit and recognition?
I’m very lucky in my relationship with my folks, both because we love being with each other and also because they’re professional writers. When I hit 7th grade, they sat me down and told me they were gonna show me all their favorite movies—the ones that made them want to work in the business. And we’d talk about them afterward, how the screenwriters structured the plots, how they maintained a through line, what an A-story and a B-story was, how to thread in exposition, the importance of conflict. Until then I had no idea what film was capable of. I’d always been into movies, but that year opened me up to electric new ideas about storytelling. Then when Mom went to bed, Dad and I would stay up and watch the worst things we could find, giving running commentaries MST3K-style. It was terrific fun, but what I didn’t know at the time was how much I was learning through that contrast of good and bad. (I agree with those that say expertise is less about doing more things right than it is about doing fewer things wrong.) Those Friday and Saturday nights constituted the most valuable lessons in writing I’ve ever received. In terms of early formal education, I owe it all to Oakwood over in North Hollywood. No question. The teachers there are so damned good, you don’t have any idea until you graduate just how strong they made you. They taught me to use my brain, to think critically. If my parents gave me theory, Oakwood gave me the mechanics. I can’t thank them all here, but they include Laurie Lew, Larry Dilg, David Silverberg, Garret Biehle, Mickey Morgan, Tom Cuda, and Steve Isoardi. Masters all.