We had the good fortune of connecting with Kabeer Khurana and we’ve shared our conversation below.

Hi Kabeer, what do you attribute your success to?
I had a tumultuous, yet poetic childhood. While most kids my age planned their next sleepover, I was busy trying to make sense of the world, understand the complexities of human thought, and find a ‘so-called’ absolute truth. Perhaps this is what made it tumultuous — my mental health was in shambles, I was a lonely kid and completely socially awkward. But I was passionate about life. It was the perfect kind of upbringing for the making of an artist.

My first mentor was my grandfather Bhimsain. He was a pioneering animation filmmaker in India, later transitioning to avant-garde parallel cinema. Having trained in Hindustani classical music, he was a master of the unsaid. He saw poetry in a few fallen autumn leaves or dew drops. As a spiritualist, he saw the world as a distant outsider, finding music and poetry even in conflict. It was this observational vantage point that eventually became a critical part of my filmmaking lens.

My father Kireet Khurana studied filmmaking in Canada and started an animation studio in Mumbai after graduating. Having taken a few knocks, he formally instilled in me professional values and business expertise, apart from teaching me the craft and technicals of film direction. I was fortunate to receive a lot of hand-holding from him, to achieve a certain level of technical finesse and craftmanship. He was my second, and perhaps my most important mentor.

While my exposure to music, cinema and art began at home, I grew up as an idealist and a post-modernist, with an understanding that there existed no moral absolute or Truth outside our subjective minds. This conception changed gradually, partly due to a person I dated during my undergrad years studying Liberal Arts at a university in Delhi, but largely due to long-drawn moral and philosophical conversations with my mentor Saeed Akhtar Mirza. He was a pioneer of the Indian parallel cinema movement, having directed films with strong perspectives. As a Marxist, his films spoke of larger ideas like alienation, identity and social justice. It was during interactions with him that my intellectual faculties began to develop further, and I began to take moral stands — something that I steered clear from earlier, as a skeptic and spiritualist. I began to get involved in activism, and fight for humanist causes. He was an important influence in my self-reflective journey as an artist.

I am currently pursuing my Masters in Film Direction at Chapman University. The growth here is less creative or intellectual, and more so managerial. I am picking up the ropes of production, set and industry protocols, and managing teams and their egos. A critique of my film school education here is that there is less artistic exposure and academic growth, and more hands-on learning, almost functioning as a trade school than a fine arts college. However, the learning curve is great nonetheless, as I’m focussing on developing skills that I never did have to before. Philosophically, I’m trying to balance the world-view of my grandfather and that of Saeed Mirza, to understand further when to step into the world to take a stand, and when to step out to observe the madness this place has to offer. 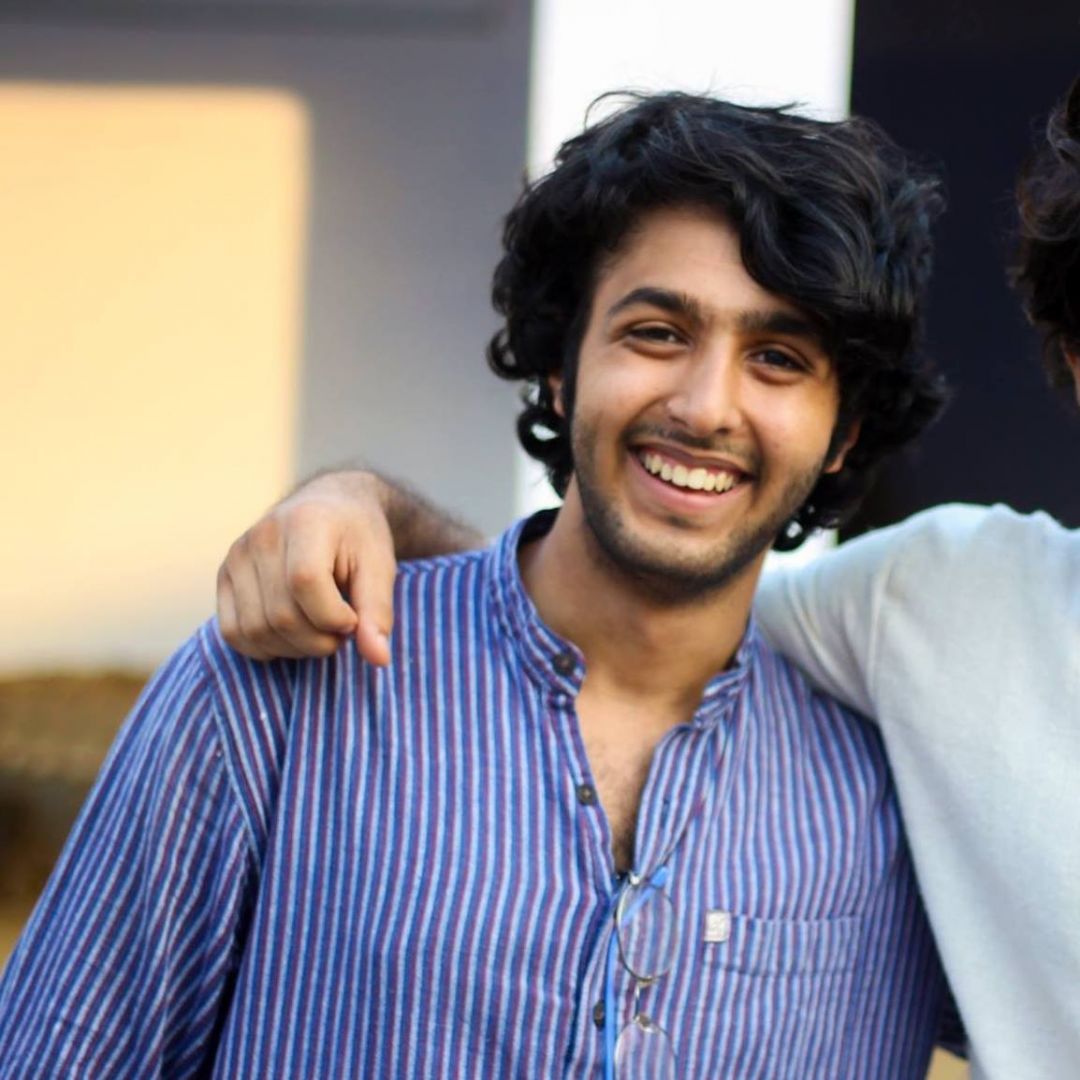 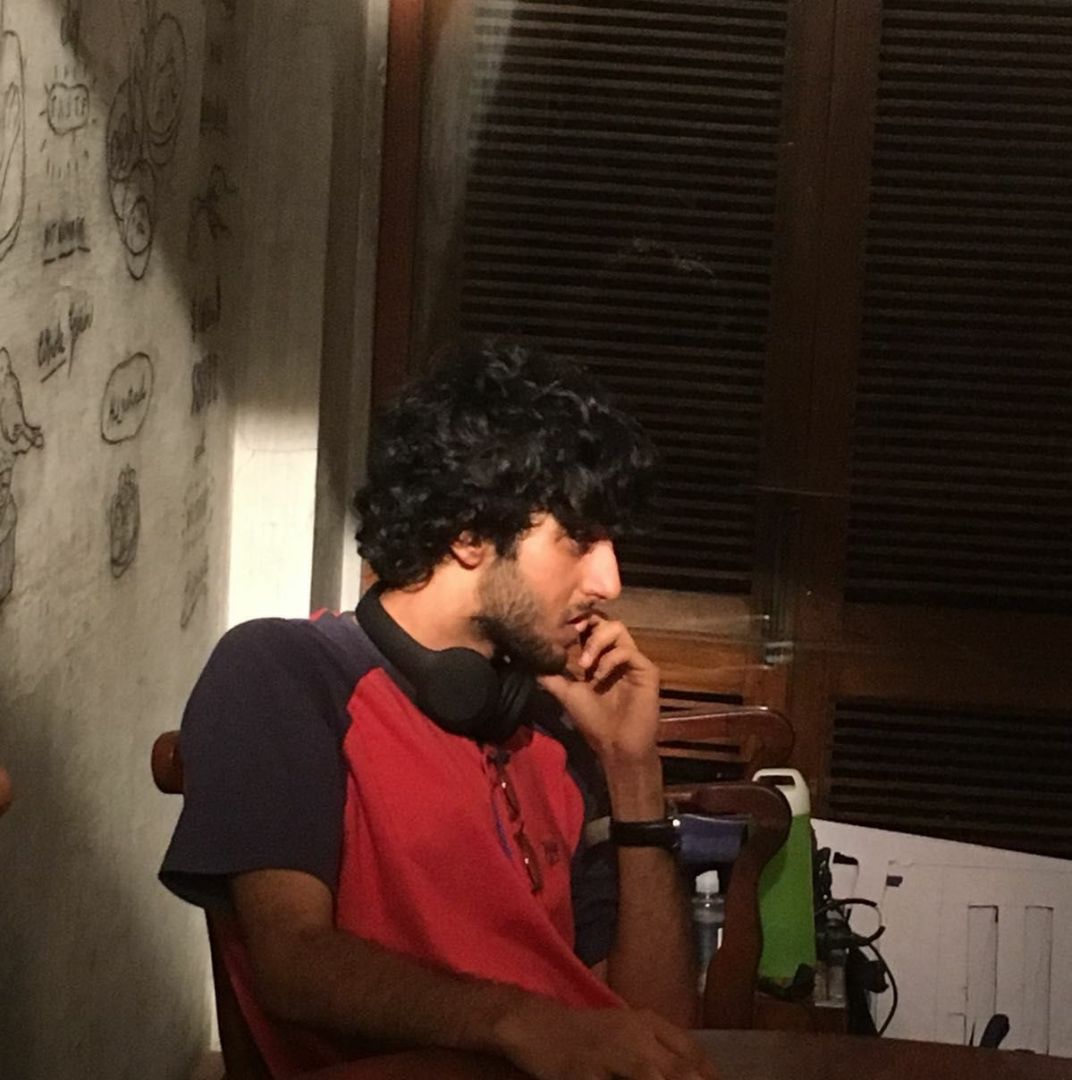 Alright, so let’s move onto what keeps you busy professionally?
I started my journey as an artist very early on. I remember sitting at the back of my classroom, writing short stories or doodling, much to the annoyance of my teachers. In the fifth grade, my friends and I began sketching film strips, and built our own projection device with a tiny peephole, almost like a pin-screen camera. It was an exciting time, as we would charge a rupee for every ‘movie’ we showcased. The subjects were mostly biographies that I was inspired by — Albert Einstein, Steve Jobs, and sometimes they were about alien invasions, dinosaurs or the unexplained. By the time I completed high school, I was sure that I wanted to be a filmmaker as it was perhaps the only profession which was a culmination of my skills as a writer, illustrator and music.

Prima facie, I directed my first short film ‘Project Oneness’ when I was 16. It was a documentary about the universal consciousness to which we all belong, and the common thread that connects us all as a human race. I followed it up with another high-concept film ‘ism’, on the ideological pre-commitments that prejudice us, and finding an absolute Truth meant deconditioning ourselves from our ‘isms’ and ideological indoctrinations. I got the first taste of critical acclaim with my pixelation short film ‘Religion for Dummies,’ which was entirely hand-painted frame-by-frame on large murals and shot over ten whole days to create a 3-minute short. It was a mockumentary on farcical God men in Indian society that made religion into a business.

My later works were conceptual as well, but eventually I transitioned into more commercial narrative films. I directed a family drama set in the Covid-19 lockdown in India, which marked the launch of Miss Universe 1994 Sushmita Sen’s daughter, Renée. It clocked a million views on YouTube and became popular online. This was followed up with two more shorts. My works have released on Amazon Prime US and UK, Disney+ Hotstar, and MX Player.

I’m currently looking forward to the release of a live action-animation short I directed in 2020 on the life of Salvador Dali and his relationship with his partner and muse Gala. It’s stylistically and visually inspired by the works of Norman McLaren, and we’ve experimented with anamorphic sculptures, which has been used for the first time in an Indian short film. It was a technical experiment for the team.

As an artist, I’m currently at the cross-roads of being a technologist and a philosopher. I believe in using more imaginative and creative means to tell stories that talk about politics, our society or more existential pursuits. I am genre and medium-agnostic, and would like to tell all kinds of stories, as long as it sticks to the basic values that I espouse and speak of larger themes and ideas. My only signature will be in the style, never in the nature of the kind of stories I’d like to tell. 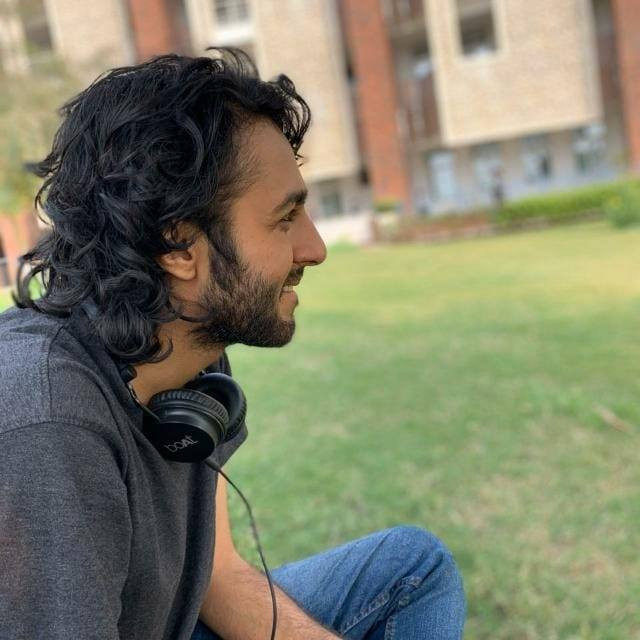 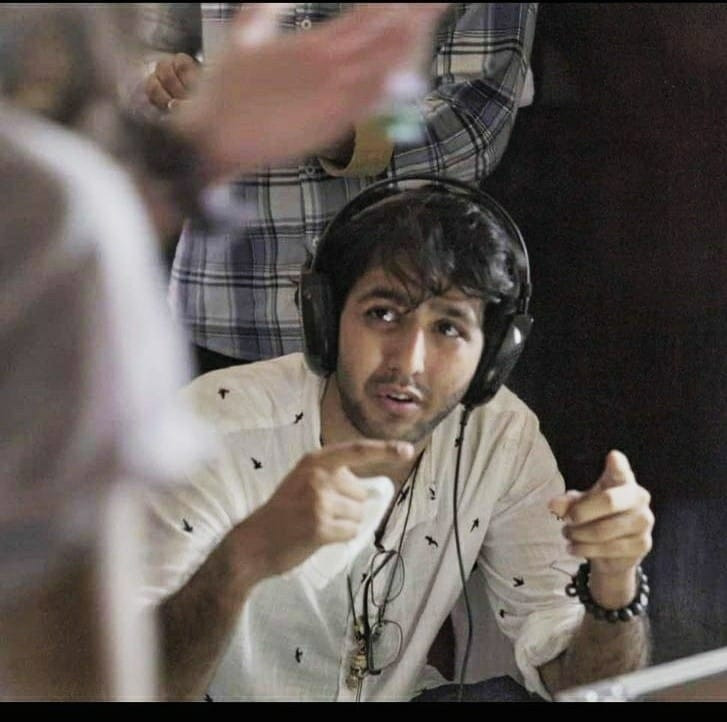 Shoutout is all about shouting out others who you feel deserve additional recognition and exposure. Who would you like to shoutout?
I think I owe my success to my father. His tenacity is inspiring, and his journey as a filmmaker hasn’t been easy. In an industry that is so focused on relationships, networking, and a great amount of false posturing, mollycoddling, and coffee culture, it is extremely hard for someone who is an introvert to put himself out there and pitch for work. It is sad that personal connections and relationships trump individual talent. I dedicate this shoutout to him, for inspiring me and being my first film school. He is an extraordinary writer, creative mind, thinker, animator, and filmmaker. I would be satisfied even if I could be just a fraction of what he is. 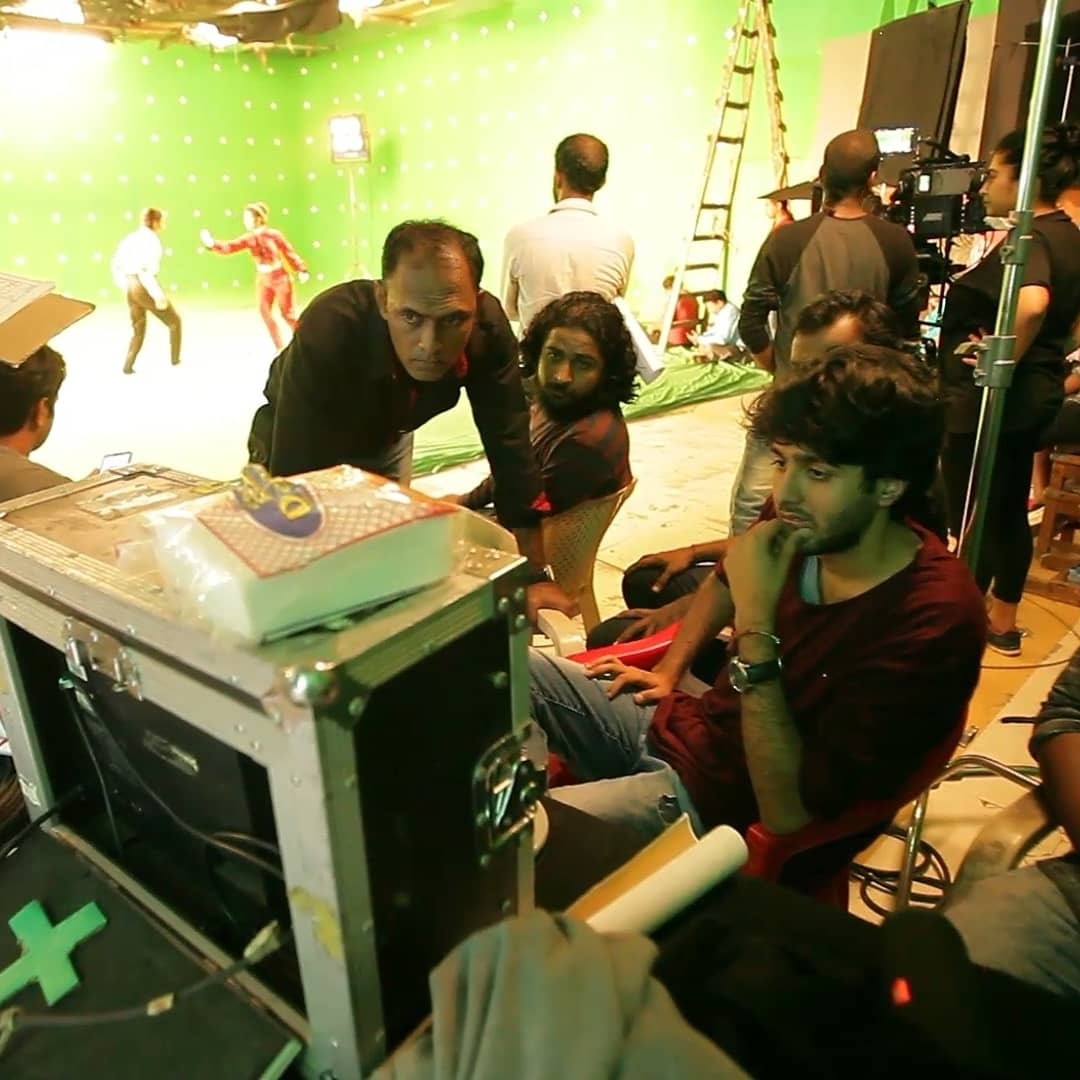 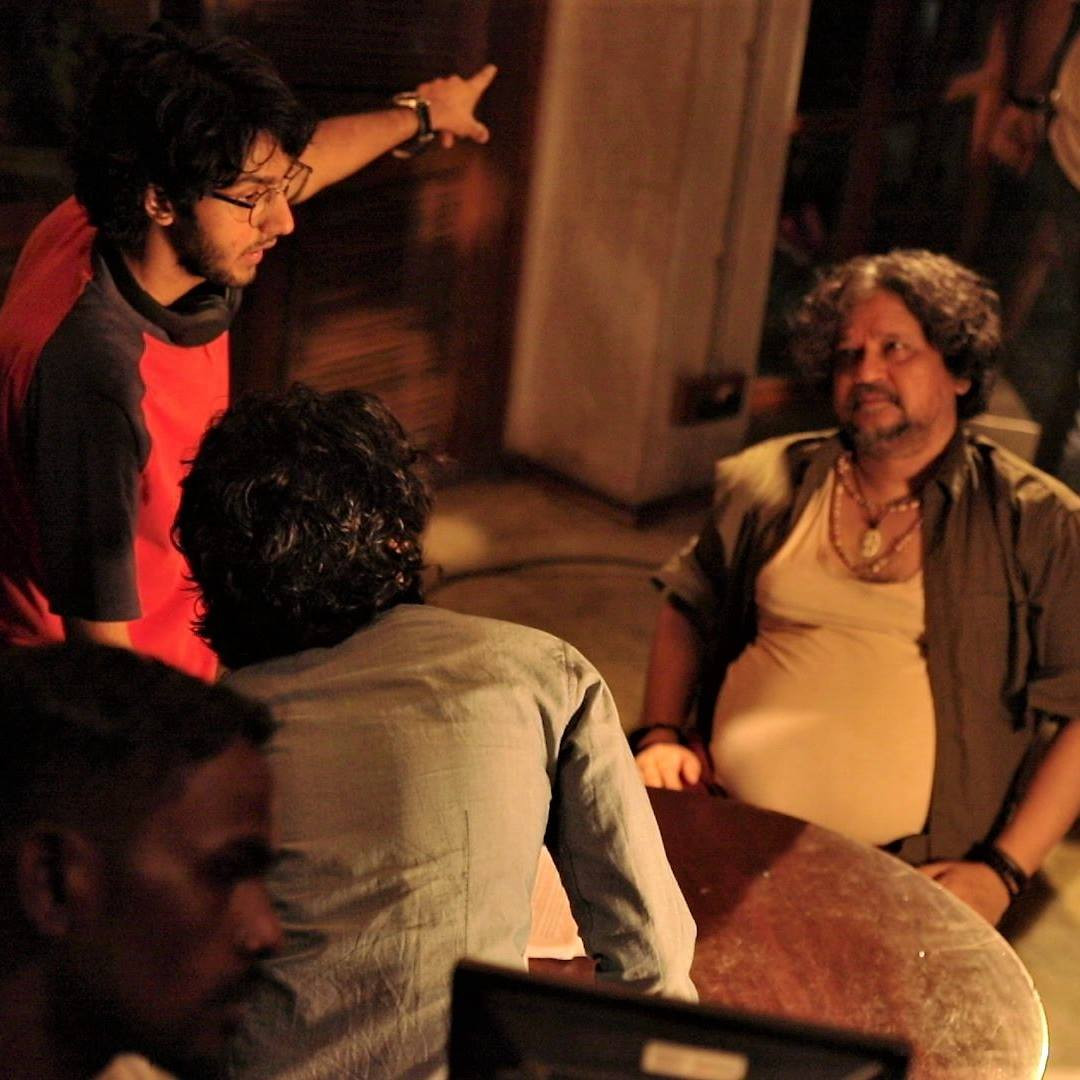 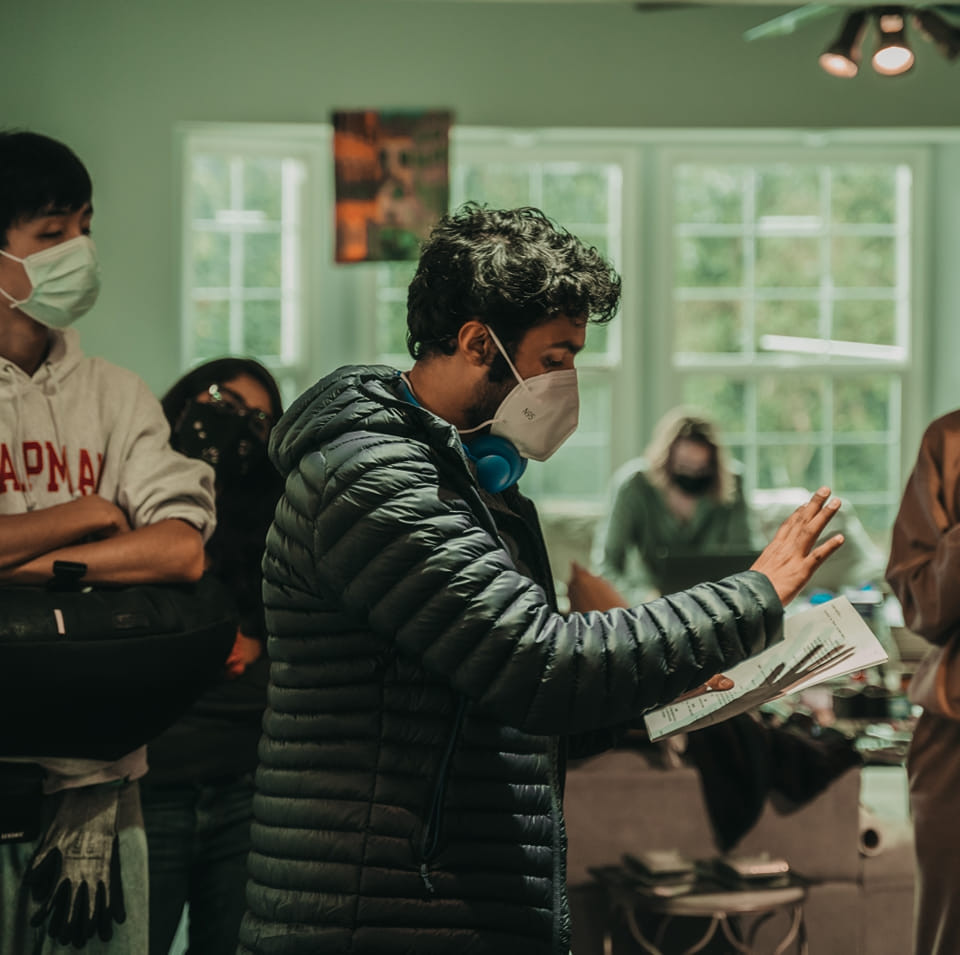