We had the good fortune of connecting with Karma McCain and we’ve shared our conversation below.

Hi Karma, have you ever found yourself in a spot where you had to decide whether to give up or keep going? How did you make the choice?
This is such a great question and one of those that can come up quite often as an artist and sometimes even after we have made a decision, it leaves us wondering if we are making the right choice. The road of an artist feels quite elusive at times because we are pursuing a career that has no clear path or direction to success; and while we can try to follow in the footsteps of those who came before us, ultimately, each of us has to go about it our own way because we all have our own unique set of circumstances. The bottom line is that we chose a career where we don’t know when or if we’ll “make it” and it can be many, many years or even decades before things break in our favor. So there likely will be times where we are busting our butt for months on end with little to no results to show for it, times where there will be struggles or trying to make ends meet, times where we may even have to hold down a couple of side jobs just to get by, and times where that friend or relative who is unrelentingly grilling us about our career at every get-together can leave us feeling drained or questioning our passion about our art. It’s usually during times like these that lead us to that question, “Do I keep going?” I’ve found that this can really leave one flummoxed, your stomach in knots, and your brain on overdrive to try and figure out what you should do. This usually results in what I equate to the spin cycle of your washing machine, your mind just keeps spinning and spinning which can leave you with sleepless nights and no real answers. So, how do you decide? Do you make the pros & cons list and decide that way? Do you write down all your options on separate pieces of paper, put them in a hat, close your eyes, and then pick one by random? Do you bust out your old dusty box of tarot cards? Do you call your “responsible” sibling and ask them what to do? Or maybe you sit down and look at your finances and make the “smart” choice? Whatever your method, I will tell you that my secret to figuring this out is, don’t ever make a choice based on logical thinking, period. It may seem too simple, but the truth is, if logical thinking were the answer, none of us would have chosen to be an artist in the first place .. it’s one of the most illogical career choices possible and art itself isn’t even logical, it’s left up to the interpretation of the viewer and there are no two viewers who are ever going to see art exactly the same way. With that said, the first thing I do is let go of any logical shenanigans that are trying to take up space in my head by asking myself, do I still love what I do? Love isn’t logical, it’s a deep innate feeling, so while I may not like what my current circumstances are, or the way the business is run, or the politics involved, if I still love what I do as an artist, then I know I’m on the right track. Next, I ask myself if there is anything else that I would rather be doing? For many of us being an artist is something we HAVE to do and if we couldn’t do it, it would crush us to our core, so much so that we will often choose to go without having “things” that others would consider a necessity vs giving up our art. So, if you ever reach a point where your art is something you no longer love doing or is no longer a need, then yes, it sounds like it’s time for you to move onto something else, and there’s nothing wrong with that. And for some of us, our art will lead us in a new direction that captures our heart in a way that we would’ve never discovered otherwise, which is pretty cool too, *and this isn’t giving up btw, this is simply finding a new direction for your soul to express itself! Whatever your story, whether you decide to keep going or change direction, it IS something you will know in your heart of hearts and there will not be any logic about it… you will just know… either you cannot live without your art, or you can. 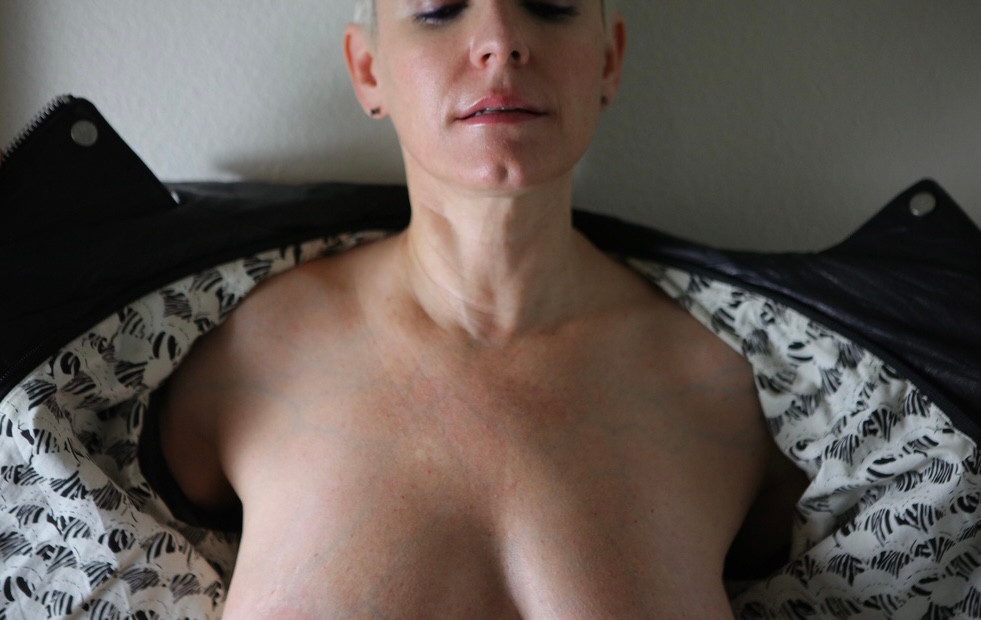 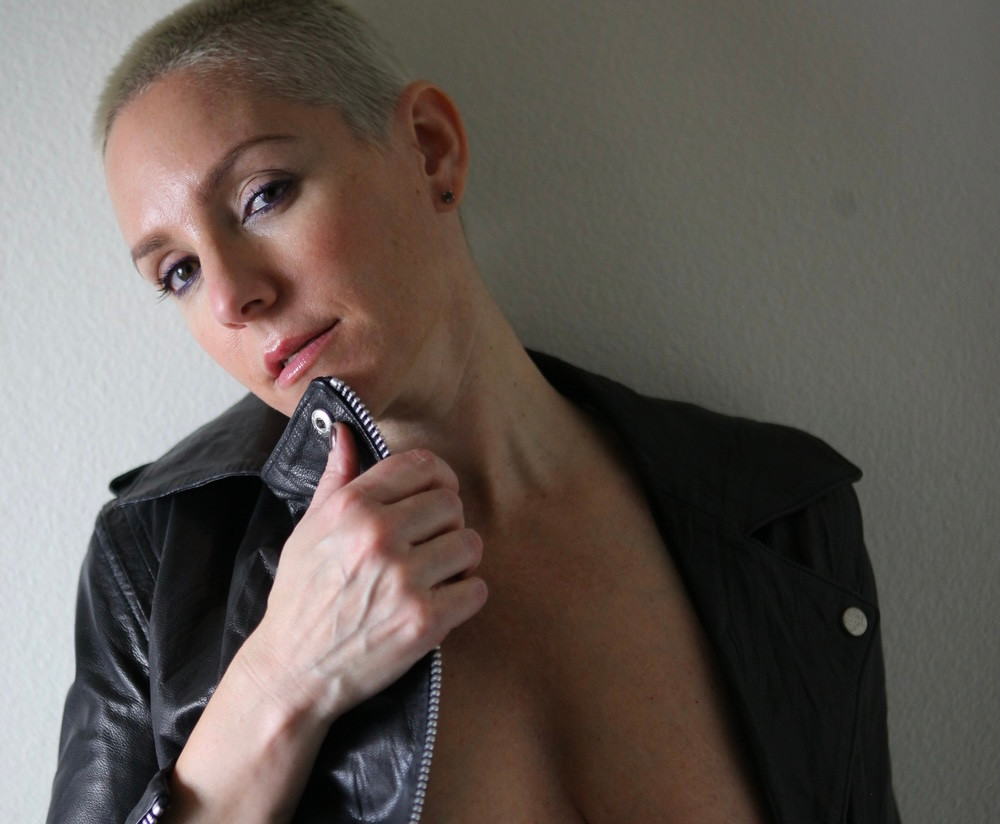 Let’s talk shop? Tell us more about your career, what can you share with our community?
I’ve been an actor for over 7 years and a Body Equality Advocate for 2.5 years and both have been so amazing in their own way. I came into the acting game “late” as they say, because prior to acting I was a full time mom, but I don’t believe it’s ever too late to start something you’ve always dreamt about! Being an actor has given me the gift of letting go of what others think of me, accepting “rejection” by knowing it isn’t rejection at all, it just wasn’t the right part at the right time, and ultimately teaching me how to persevere, to just keep going, one foot in front of the other, no matter what! Over the years I’ve worked on numerous sets and met so many amazing people, played a great array of characters, and most recently I even had the opportunity to travel to India to shoot a role in a feature film. Every time that I book a job and am on set is a day that I am reminded just how much I love being an actor and am incredibly grateful for the chance to do what I do. On the flip side, being a Body Equality Advocate came out of my own struggles with Body Dysmorphic Disorder aka BDD. I had BDD for over 27 years because of my transparent “see-through” skin, my body is literally a road map of veins, they’re everywhere, but most prominent on my chest & breasts. Truthfully, I never saw anyone like myself represented in mass media and I just thought that something was wrong with me and my body. I was so ashamed of it that I did my best to keep the veins hidden and it was not only a heavy burden to carry but also how it developed into BDD . Luckily, things slowly started to turn around in 2015 when a friend of mine (who is a photographer) and I decided to do an artistic nude photoshoot specifically to capture my veins. It was so liberating and freeing for me that we ended up shooting 3 more times that year! As a result I literally started to view my body in a different lens, for the first time I saw the beauty in my veins vs the disgust and my BDD was starting to dissipate. We continued to shoot in the following years and by May of 2018 I decided to start sharing these pics and my story about my struggles with BDD on social media. The result was phenomenal, not only did it help me to completely overcome my BDD but the feedback from people was beyond amazing; it was a mix of support and those who also struggle with their body and were grateful to hear they aren’t alone. Unfortunately, most social media doesn’t take kindly to female nipples, even when they are censored out and even when they are shot in a tasteful artistic manner. I started getting censored quite heavily and this is when I also realized that women’s bodies are not viewed as equal to men’s, men’s chests aren’t seen as sexual and women’s automatically are. So out of all of this I have become an advocate for Body Equality meaning “every BODY deserves love,” we are all unique and deserve to be seen and heard and given the same rights! I’m so passionate about this that I even made a short film this past August for the 100 year anniversary of Women’s Equality Day, which you can find on my Youtube channel called “What Do You See?”

If you had a friend visiting you, what are some of the local spots you’d want to take them around to?
Ironically one of my best friends was just here for a little over a week and we had a blast!!! I made sure to take her to Santa Monica Lifeguard station 27, which is one of my faves! We sat on the beach and got to see a pod of dolphins play in front of us for about 30 mins, the weather was perfect and we packed a little beach picnic. I also took her to the Huntington Library and Gardens, which is one of my favorite places to get out of LA while still being in LA. We went for a hike at Treepeople, LA has so many great hiking spots. Of course some of my favorite places were closed, such as The Getty, LACMA, and The Norton Simon Museum. DTLA has great speakeasy’s for cocktails and Clifton’s Republic is another great DTLA spot. I’m in the Valley, so I love Kiwame, Mister O’s, and Black Market for food… and Cactus Taqueria for low key and amazing crunchy tacos. And if clubs were still open, I definitely would’ve taken her to Sound for some great dancing! 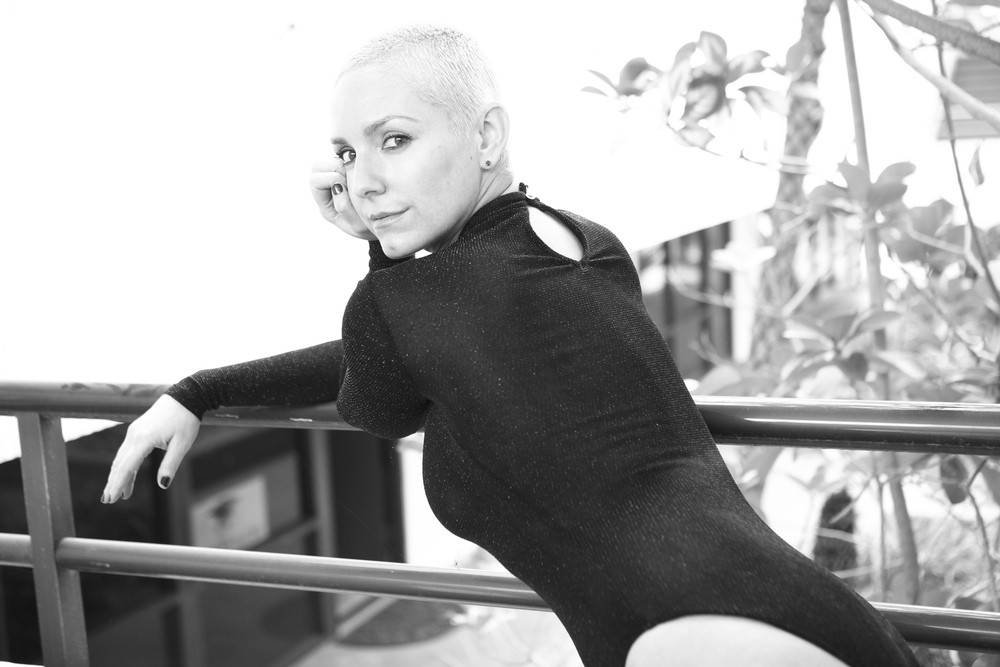 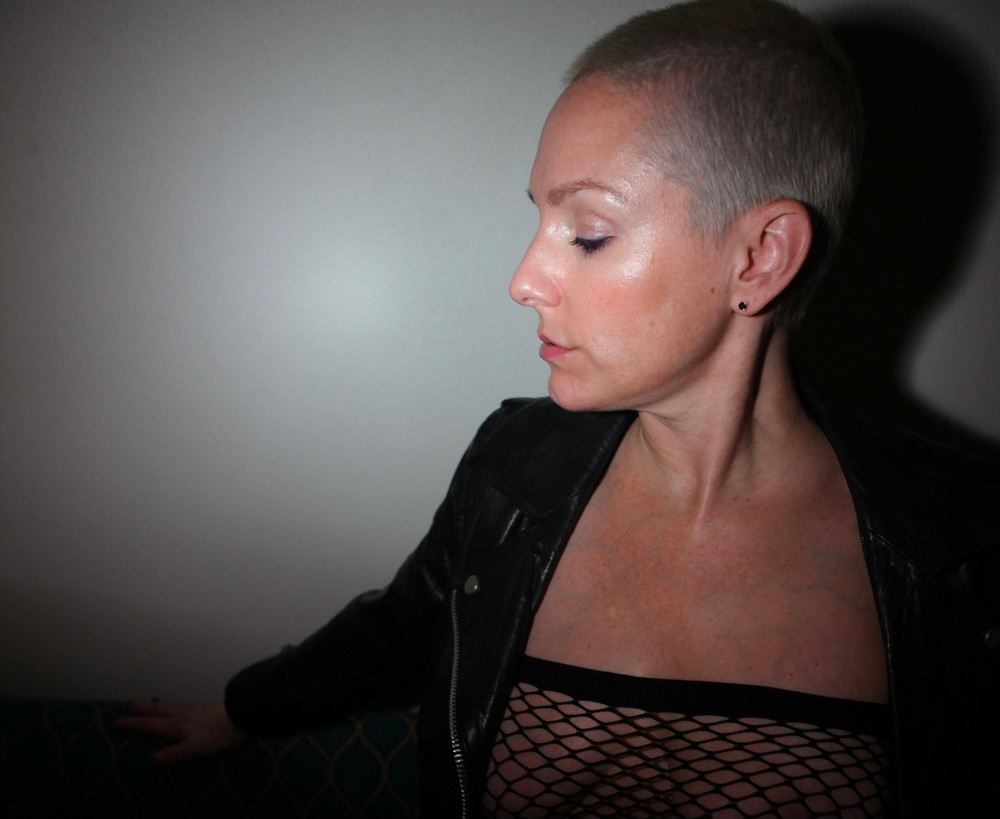 Shoutout is all about shouting out others who you feel deserve additional recognition and exposure. Who would you like to shoutout?
There are so many people that have influenced my life in amazing ways, and those dear to me know who they are, so to them I say THANK YOU & ILYSM!!!!! Some of the most profound books that completely transformed how I see things are The Untethered Soul by Michael A. Singer, I Am The Word by Paul Selig, and A New Earth by Eckart Tolle