We had the good fortune of connecting with Kayla Mason and we’ve shared our conversation below.

Hi Kayla, why did you decide to pursue a creative path?
I pursued a career in film because of my passion and love for creating and telling stories. 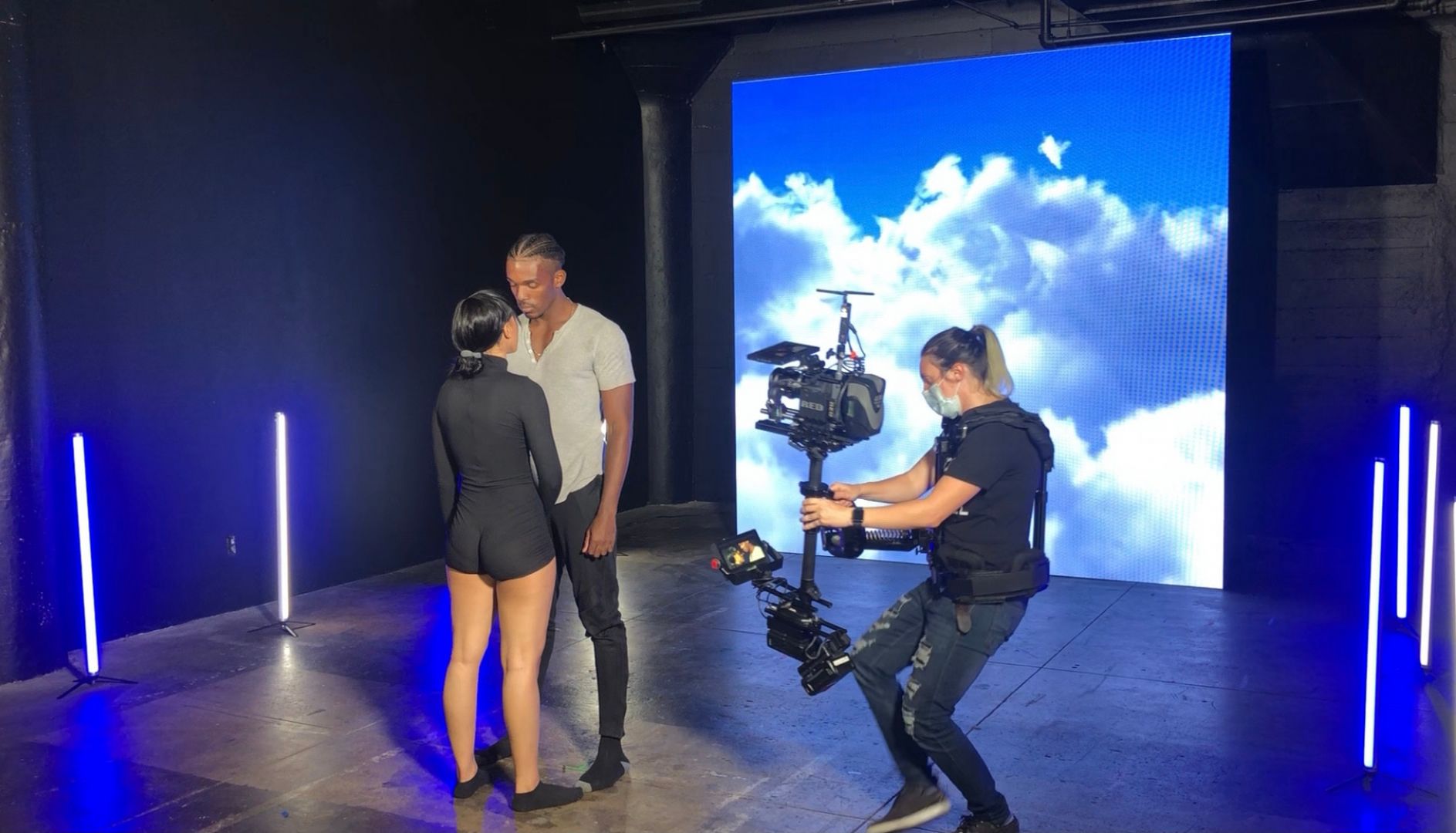 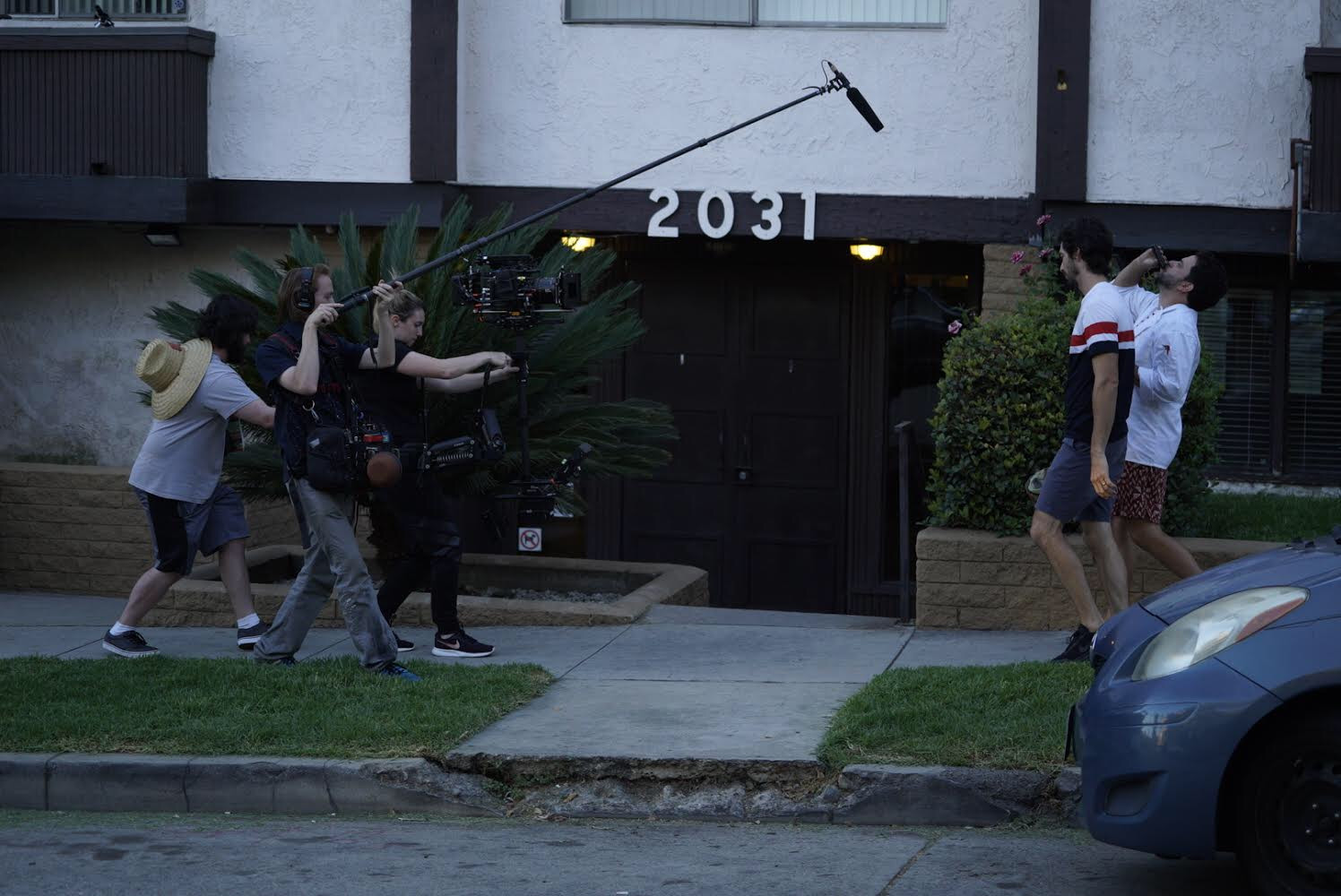 Let’s talk shop? Tell us more about your career, what can you share with our community?
It’s been a journey that I’d say for sure is still going. I come from a small town, Valley City Ohio, it’s 45 minutes south of Cleveland. I had zero connections to anyone in Los Angeles. In college I got lucky and had an internship in LA that gave the itch to move west. After college I got a job doing promotion video for a company in New York. From there I filmed my bosses wedding where I met some people who work in reality TV in LA and I made the move in hope that they’d hire me when I got out there. It took some time but I did get a job and started in the reality world working as a PA, Production Assistant. Then I made my way up to AC, Assistant Camera.
I started thinking what is my end goal and the scripted world was definitely where I wanted to end so I had to start over from the bottom, if you will, and did a lot of Key PA work on features. I was mostly working with the Assistant Directors on a bunch of different films one I liked to shot out is Clemency which won Sun Dance. Then I met the some AC who gave me a shot and I was able to make my up to be a 2nd AC. My first film was No Escape on Hulu. It wasn’t till I working on a music video and I saw these beautiful and fun Steadicam shots, I was hooked and knew that’s what I wanted to do.

From there I started investing a lot of my time and money in learning how to become a Steadicam Op. I paid for a lot of classes until I finally got a loan to buy my Steadicam rig. Lets just say it is equal to buying a car if not more for some rigs. It took me some time to transition and be seen as a Steadicam Operator. I’m not gonna lie being a female op I do come across some sexism, actually through out my whole film career I do have to over come sexism on set at times. But I don’t ever let that hold me back I just keep pushing through. I’ve Steadicam Oped a hand full of shorts, music videos, and commercials.

I feel like I’m still growing and coming up and there is so much more to come. But the most recent show I just finished as a Steadicam Op was The Hills New Beginnings on MTV. The best part for me was seeing my shot in the teaser for the show. I texted my 1st AC Joey Skaggs, who pulled my focus for it, and I was like we killed it man! Totally sold the show in that one shot lol. The biggest lesson I learn from my whole journey is to keep going after your dreams and that there is always a way to make your dreams happen. 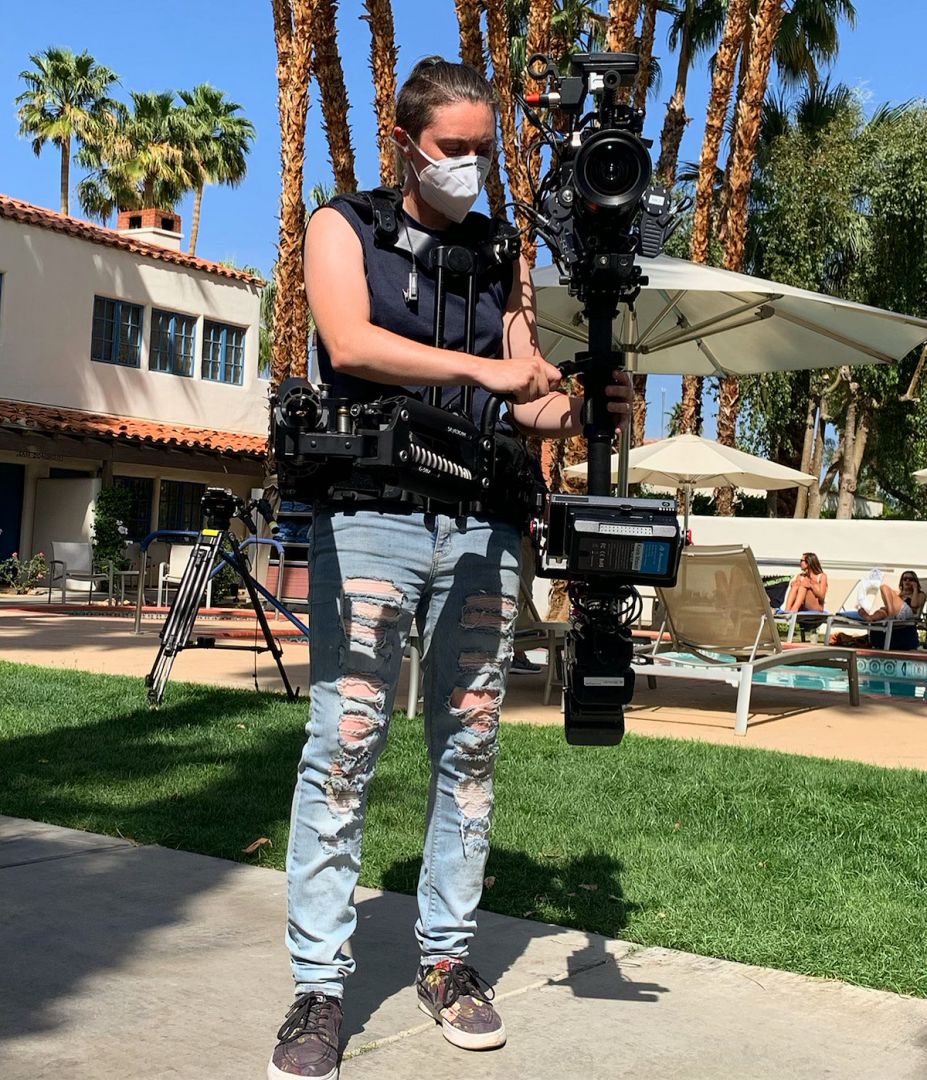 Any places to eat or things to do that you can share with our readers? If they have a friend visiting town, what are some spots they could take them to?
I would definitely take them to my favorite sushi restaurant, Sugarfish. And then take them to Idle Hour, a really cool bar that look like a barrel. Totally take them down to Manhattan Beach bring some skateboards and my soft board and spend the day at the beach. There is also some really dope restaurants and bars over there. I’d probably take them to Bea Bea’s in Burbank for breakfast. I’d take them on the Warner Brother’s Suit tour and then go on a hike to the Hollywood sign and maybe at night go to the Griffith Observatory for a night view over the city. 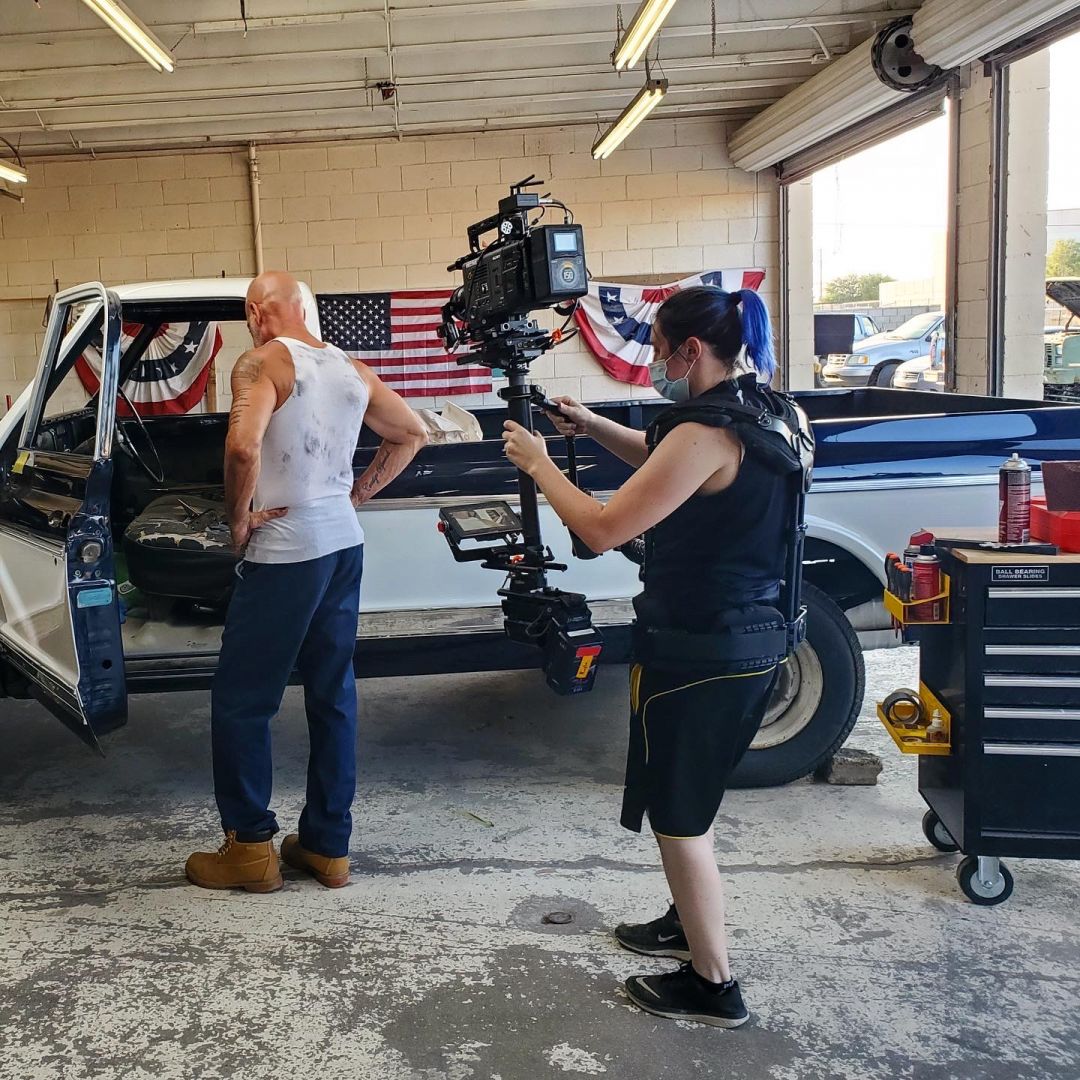 The Shoutout series is all about recognizing that our success and where we are in life is at least somewhat thanks to the efforts, support, mentorship, love and encouragement of others. So is there someone that you want to dedicate your shoutout to?
There are a lot of people who play a part in my story of coming up in the film industry. Two DPs that stand out quit a bit are Diego Lopez and Jason Eksuzian both of them taught me a lot of the camera department and have been really supportive and see a lot of potential in me. Also Greg. Smith, a retired Steadicam Operator, has taught me everything thing I know about steadicaming and tricks of the trade to become a better operator. Also Jennifer Quinteros, JQ, really help me become more open about my sexuality on set. Seeing a strong proud lesbian on set helped me overcome whatever stigma I had about being gay at work. I feel like since I’ve been more proud of who I am and my creativity has been taking off. 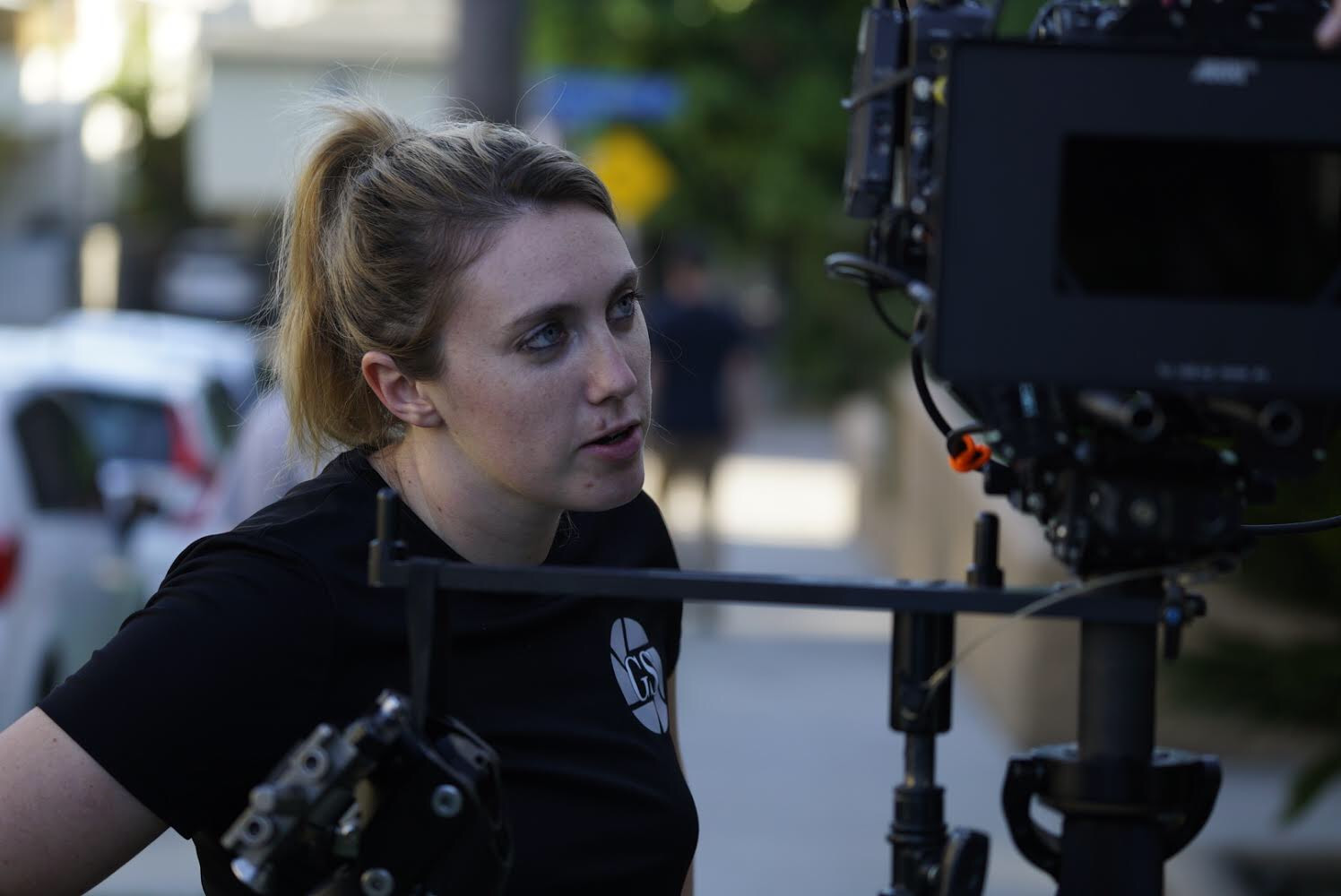