We had the good fortune of connecting with kd diamond and we’ve shared our conversation below.

Hi kd, what inspires you?
I draw most of my inspiration from my community — everyone who comes to me has such incredible ideas for tattoos! But it’s also a lot about the energy people bring to me. I see tattooing as a form of self-reclamation and empowerment. Queer people, trans folks, folks young and old, newly out or years into their identity have come to me with ideas for turning their bodies into works of art. Sometimes their stories are simple and about honoring a loved one, sometimes the act of getting a tattoo is a form of rebellion against their own history and the status quo, and sometimes it’s about finding comfort and strength through their own lived experience.

A lot of the content of my tattoo work is about the natural world — plants, animals, science — as well as the darker sides of nature such as death, decay, bones, skeletons. I’ve really been inspired by cycles of life (a thing that’s been on my mind a lot, but the pandemic has definitely heightened it). Bones and skeletons are macabre (and cool!), but they’re also a signifier of life as well as death. I’ve been recently describing my work as Underground Comix (think ‘Loves & Rockets’ but also Alison Bechdel) meets Scientific Illustration (like Sarah Drake and Ernst Haeckel) — which I think really sums up my major influences! 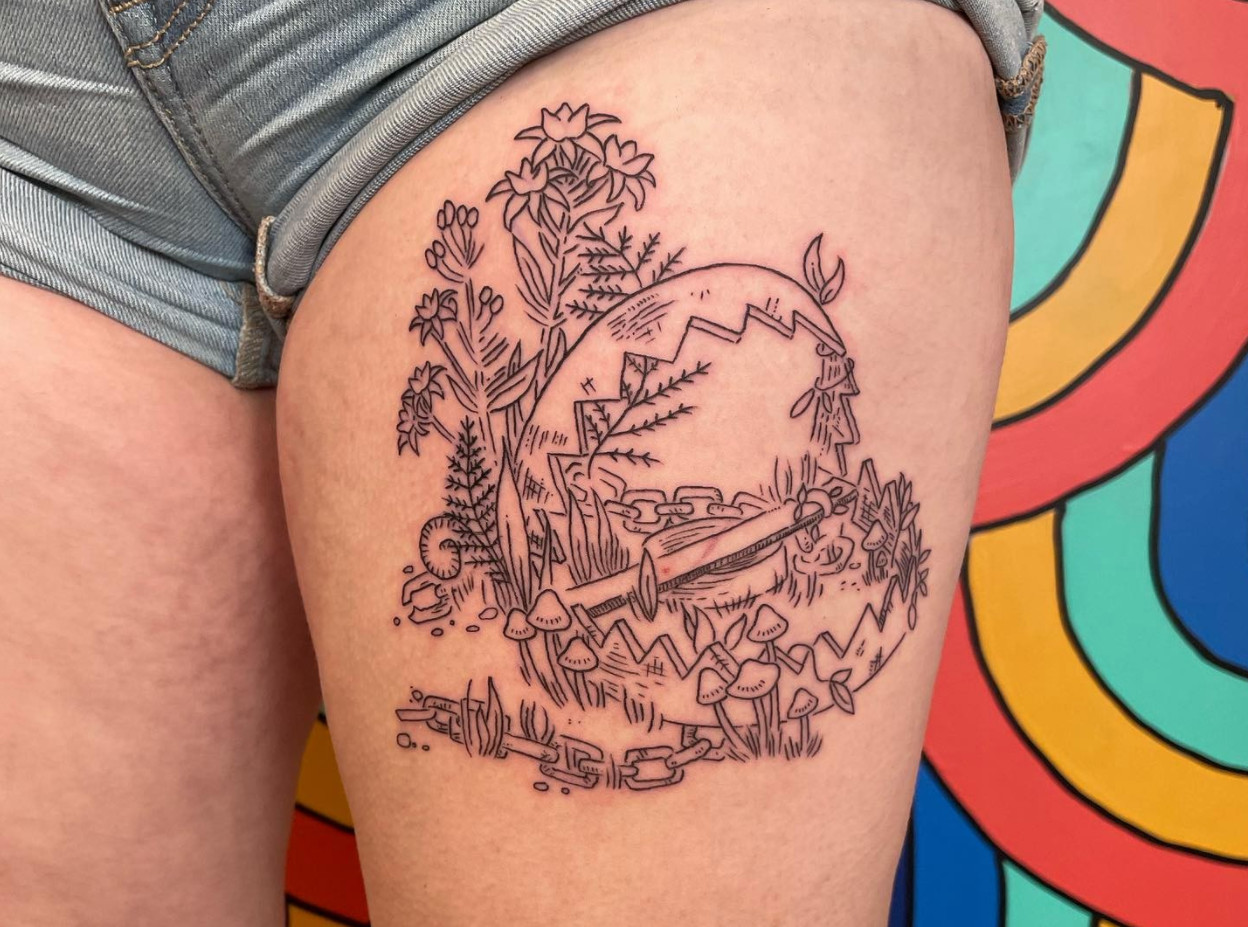 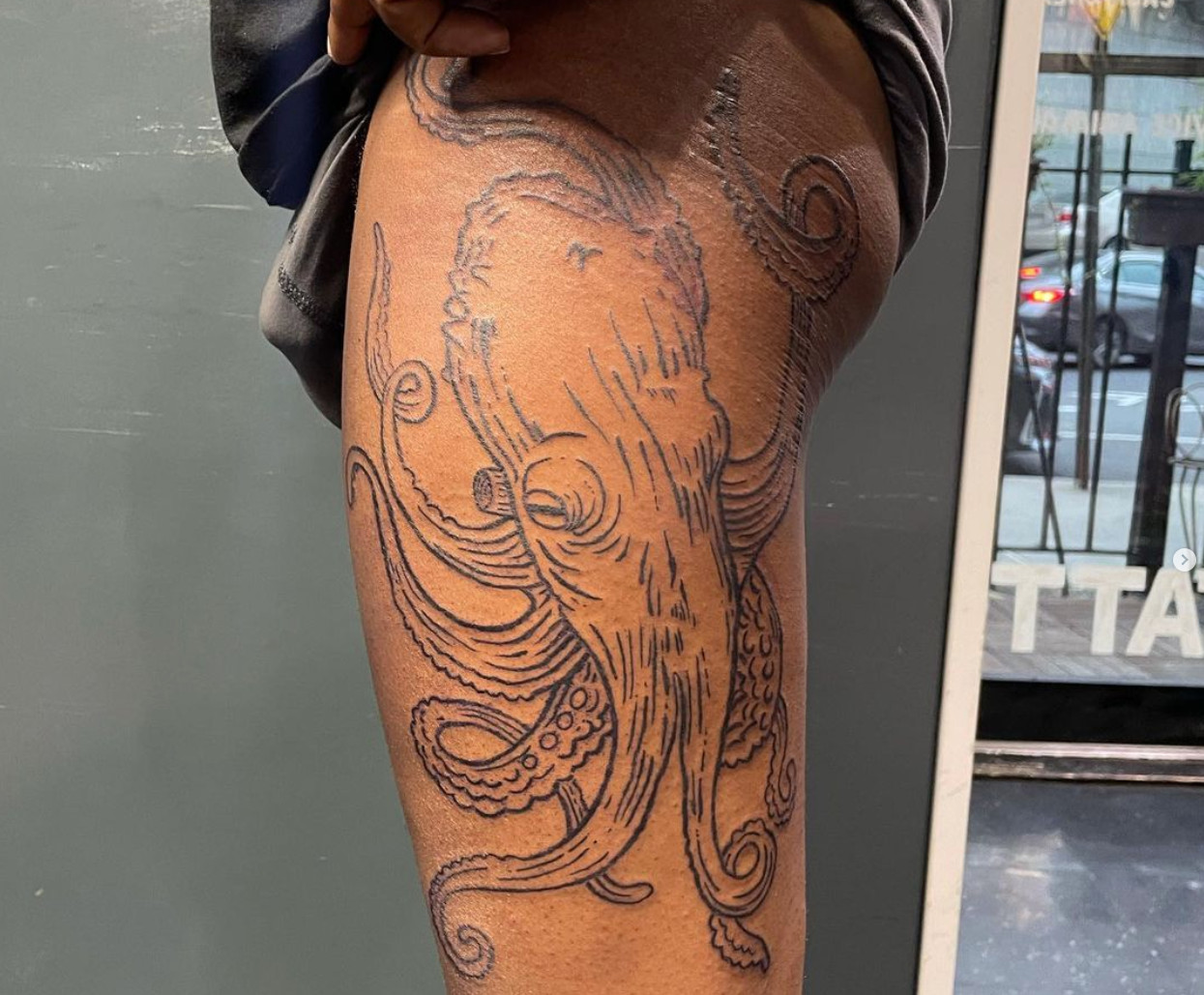 Alright, so let’s move onto what keeps you busy professionally?
I have two artistic practices right now — tattooing and community organizing. I’m at a really chill shop called OK Tattoo (@o.k.tattoos) in Atwater, and I organize with a collective called KinkOut (@kinkoutevents). Tattooing, illustration, and movement-building all stem from the same place for me — a love of art, bodies, and connection!

I’ve been building a career that fuses art and politics since I was a teenager. I believe that we can really revolutionize the world around us with a healthy dose of artistic intervention, combined with public education and actual policy change. Throughout my twenties, I worked for various non-profits and grassroots organizations as a Designer and Communications human, while also freelancing as a DIY book designer. I’ve worn a lot of hats, but my major motivation has always been art as social change.

Pivoting to body art has been a natural next step in this process — I draw on people! Permanently! My clients get to design their own bodies how they like — *that’s* pretty revolutionary in my opinion. The flexibility of my tattooing schedule has also allowed me to lean even more into my organizing work. I’ve been a producer with KinkOut (kinkoutevents.com) since 2017 — we’re a coalition of leather queers using art spaces as a means to raise awareness and money for community aid. We prioritize the needs of those most affected by the injustice of censorship, criminalization, and stigma, especially people of color, trans folks, and sex workers.

This is the ethos I bring to my tattoo work. When you get tattooed by me, you’re commissioning a piece of body art, but also collaborating with me on a process of personal and political reclamation. (Also, I just love drawing cute cartoons on people. Not *every* tattoo has to have a deep meaning!) 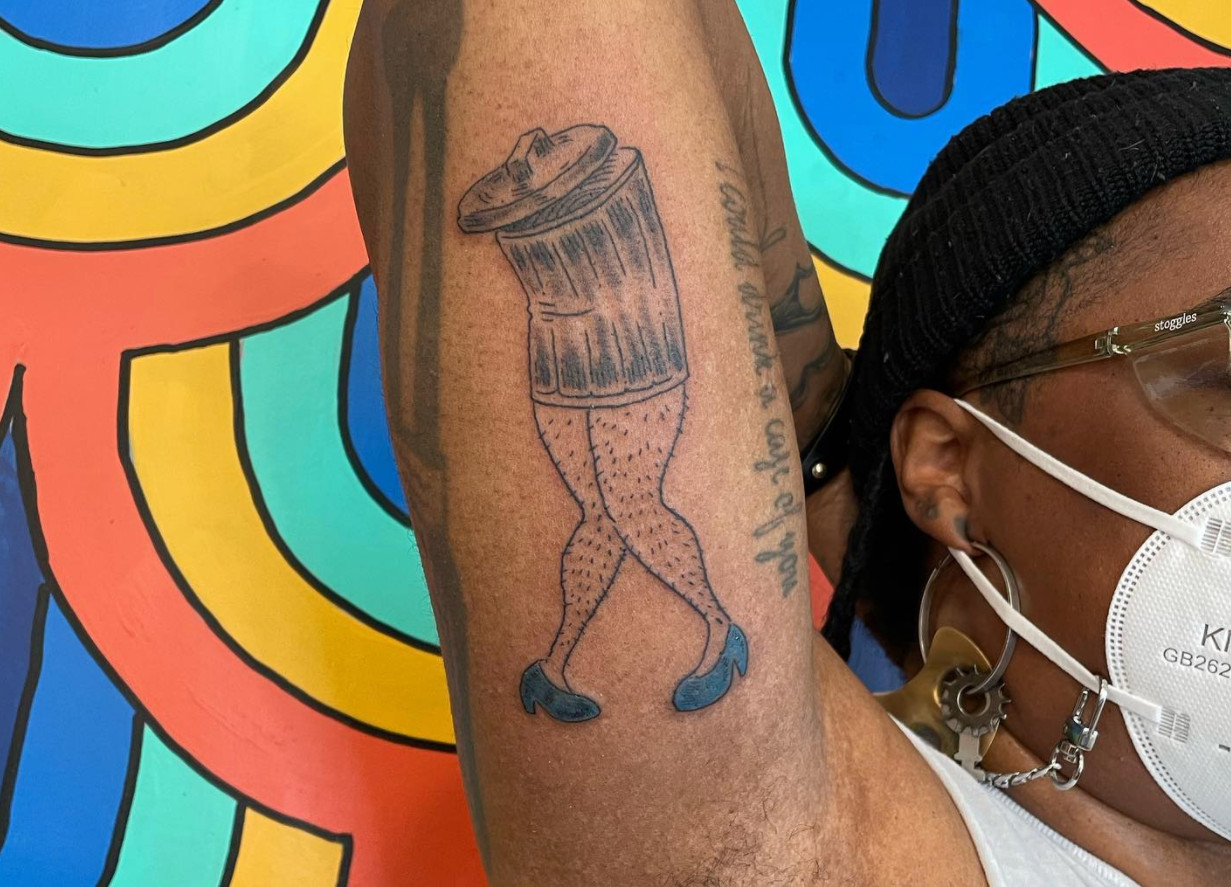 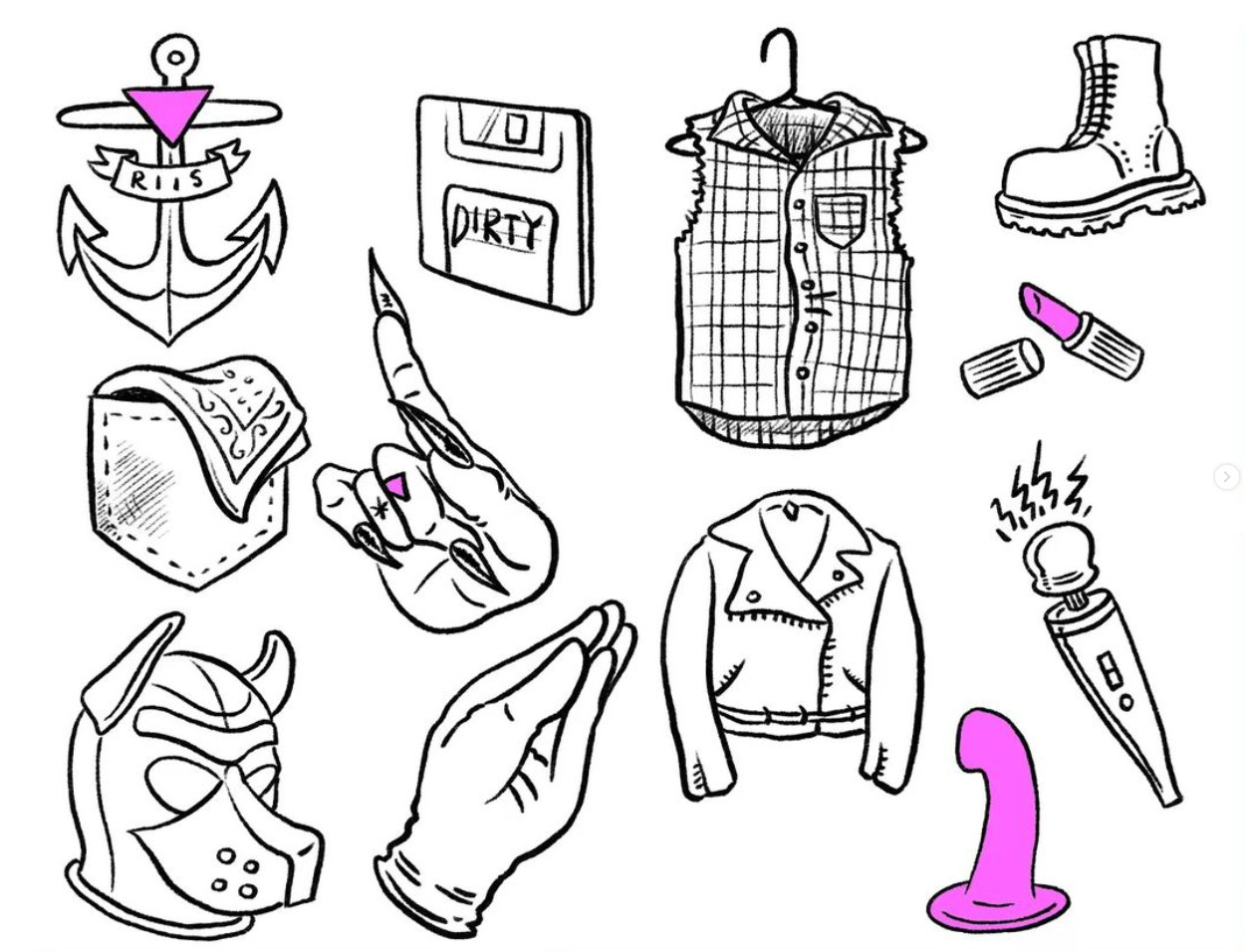 Let’s say your best friend was visiting the area and you wanted to show them the best time ever. Where would you take them? Give us a little itinerary – say it was a week long trip, where would you eat, drink, visit, hang out, etc.
Los Angeles is a goddamn treasure trove — you can truly have it all here. I’d start out with a long hike around Ernest Debs Park. Debs is like a secret gem in Highland Park: you can do a loop for about an hour and it’s not too difficult, and you’ve got views of almost the entire east side!

My goal in life is to eat my way through a city: I adore Kitchen Mouse on Fig, and Joy on York. The best place to sit in the sun with some beers is Hermosillo / Highland Park Brewery! The best Italian I’ve ever had is Little Dom’s in Los Feliz. Dune in Atwater is a dietary staple.

Frogtown in general is also such a blast: you can go support Suay, snack at Spoke Bicycle Cafe, or beer it up at Frogtown Brewery. I’ve made entire days of hanging in Frogtown.

I’ve fallen madly in love with the LA County Arboretum. You can loop around for hours and see the mountains, and hang with peacocks all day. On the west side, it’s all about Leo Carillo’s dog beach for me — Leo Carillo is a quieter beach where you can bring your pup, and even when it’s crowded, it’s not too chaotic. Then you can also grab *huge* burritos at Lily’s Malibu.

There are also so many fantastic queer events and spaces, it’s almost too much to list all of them, but the Queer Mercado is a great pop-up shopping experience, and Detroit Vesey’s in the arts district has *incredible* food and a rad as hell space.

The pandemic has smushed my other passion, so I’m tossing it out to y’all for this: where can we also do some of the best and dive-bar-iest karaoke? 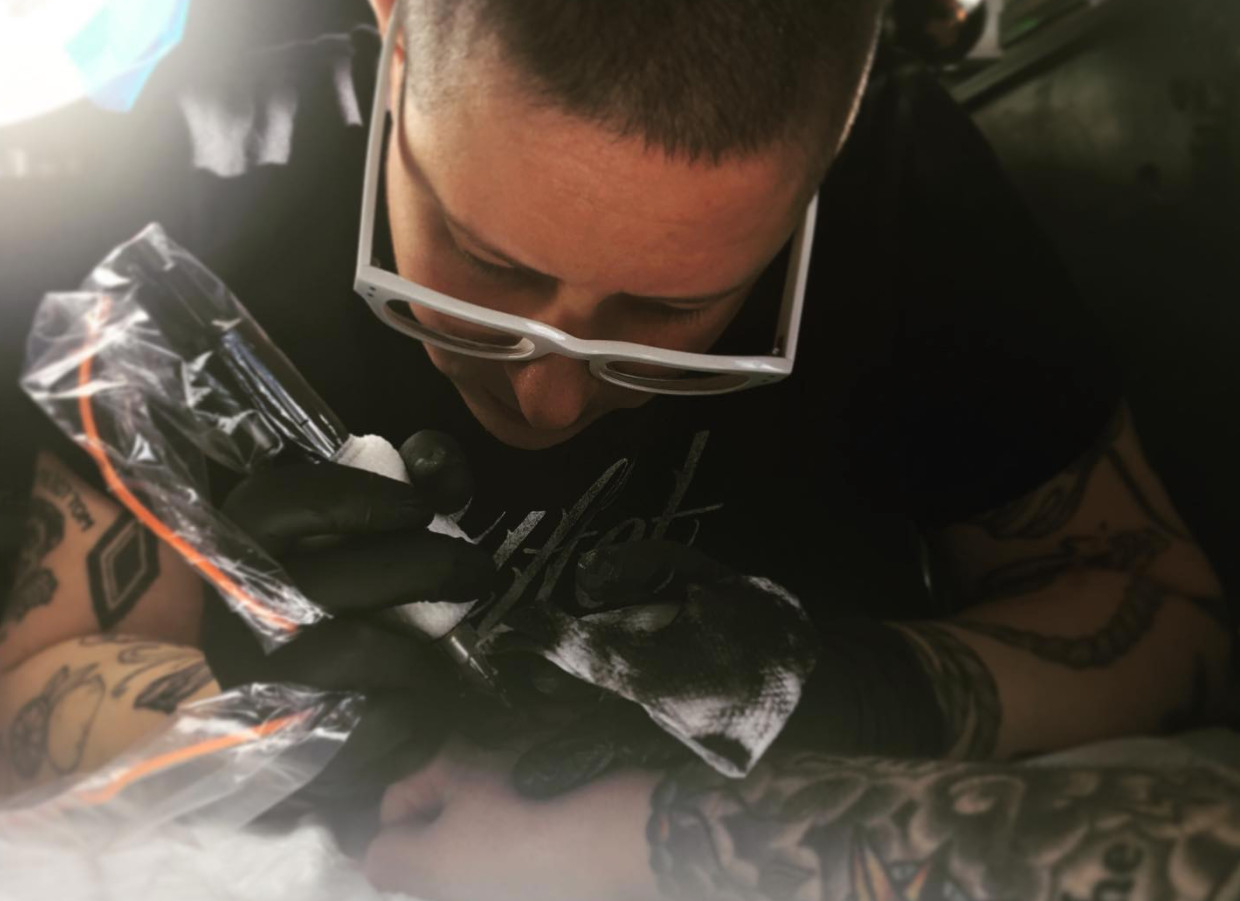 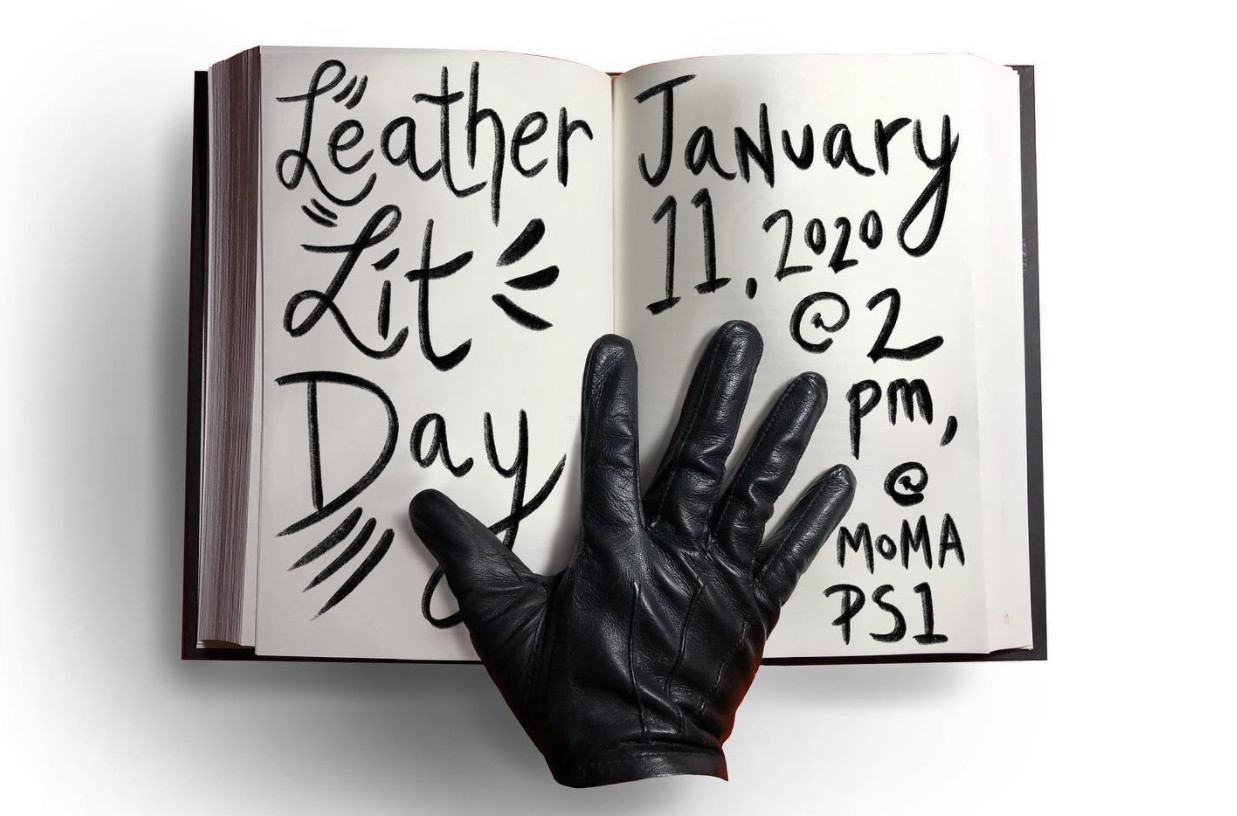 Who else deserves some credit and recognition?
Art absolutely cannot exist in a vacuum — the concept of the lonely, toiling artist is such a fallacy! I absolutely wouldn’t be where I am today without my dearest friends. When I decided to transition from full-time graphic design work to tattooing full-time, it was a huge challenge. It’s not easy to “get into” the tattoo industry. I was sort of floating about during my first year — until I met and did a skills trade with Tamara (@tamarasantibanez), another amazing queer tattooer who also shares my love for community and DIY punk approaches. They showed me some practical tattooing tips, but the biggest thing they did for me was encourage me to dive right in. Their encouragement essentially opened up a channel I didn’t realize I needed — permission from *myself* to do the hard thing. I didn’t think I’d be able to apply this new gusto and skill, but the other folks I absolutely have to shout out are my friends throughout New York and California who straight up willingly offered their skin for me to practice on. Friends would come through and unblinkingly let me learn something *permanent* on them, and for that I’m just eternally grateful. I feel very held. 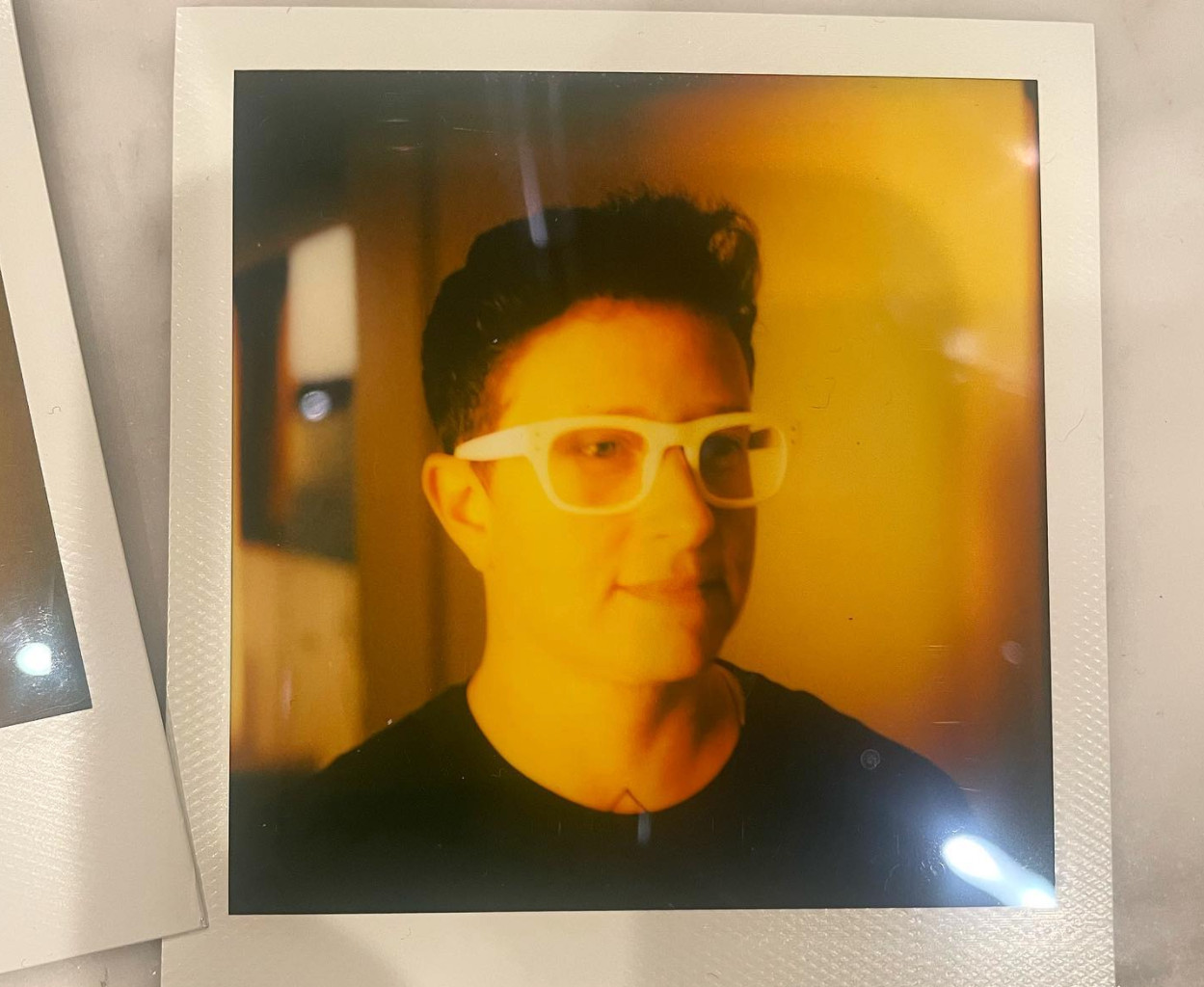 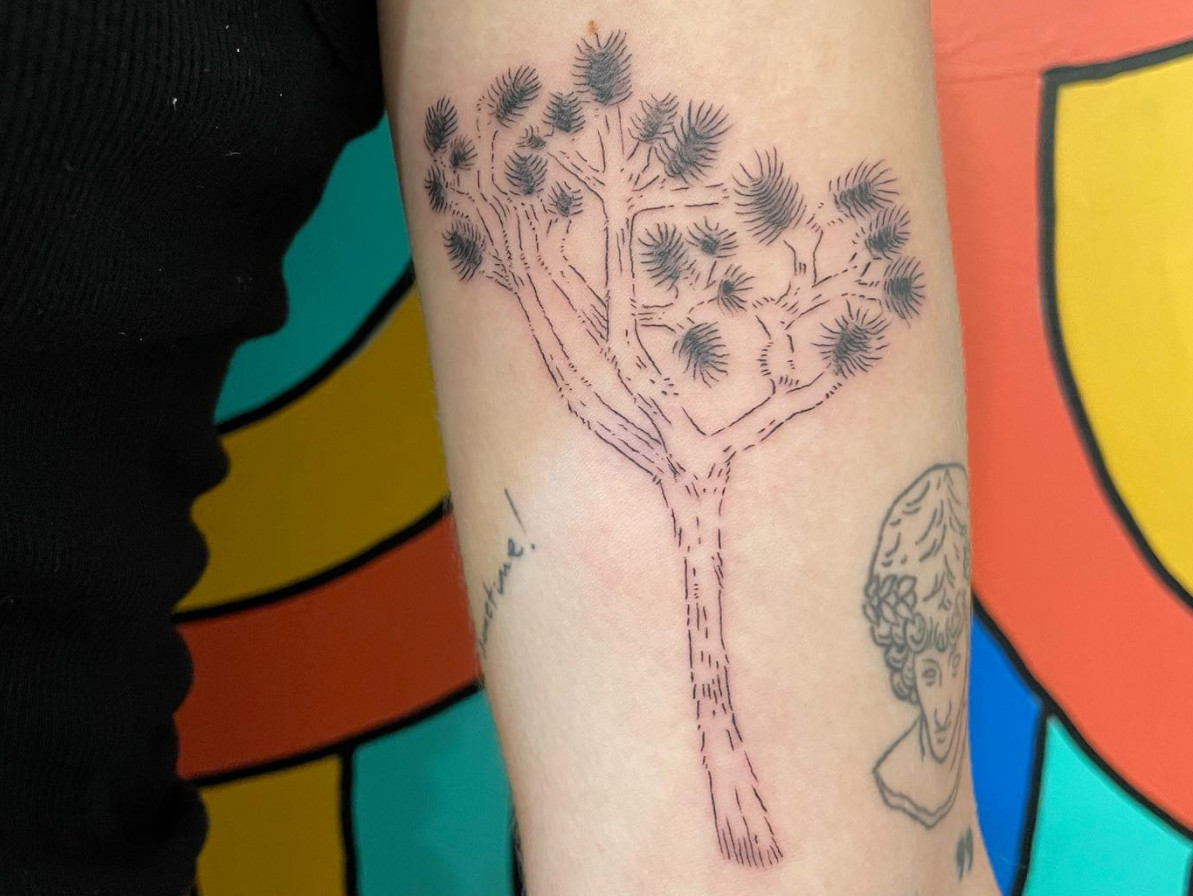