We had the good fortune of connecting with Krystal Vayda and we’ve shared our conversation below.

Hi Krystal, why did you decide to pursue a creative path?
I’ve always felt the entertainment industry has a way of finding you. More specifically, it picks you – like the Sorting Hat in Harry Potter.

I was fortunate enough to have been born into a creative family; where artistic exploration was fostered and encouraged. I was allowed to dabble in fine art, in dance, in theater – and with my boundless energy and short attention span – these various outlets allowed me to find myself, both personally and creatively. I gravitated toward building stories from the ground up, whether through performance or helping others achieve their own creative endeavors. As a young girl, I was also able to join my God Mother on set when she had a job doing hair and makeup. A film or tv set was like a second home – a place that existed in a beautiful, perfect moment – and in the next second it was gone. But these moments, these blips of innovation and expression, they stick with you. I loved it. It was my destiny.

As I got older, I began to realize how much these stories could really aid us in a time of need. For me, it was FRIENDS. I was part of their group, laughing and crying as they experienced the ebbs and flow of life. It comforted and uplifted me throughout many challenging times as an adolescent. It was further affirmation of where I belonged – what I needed to do. I wanted to entertain – and hopefully, connect with an audience in a meaningful way. Perhaps the art I was involved with could uplift others the way FRIENDS did for me.

Finally, the human component. I love meeting new and enthusiastic artists. People who wear their passion on their sleeve and aren’t afraid to fight for what they want. It feeds my soul. I love when strangers turned colleagues, come together and bring their unique perspectives to the table. I find I continue to learn more about the world – and myself – through the eyes and ideas of others. 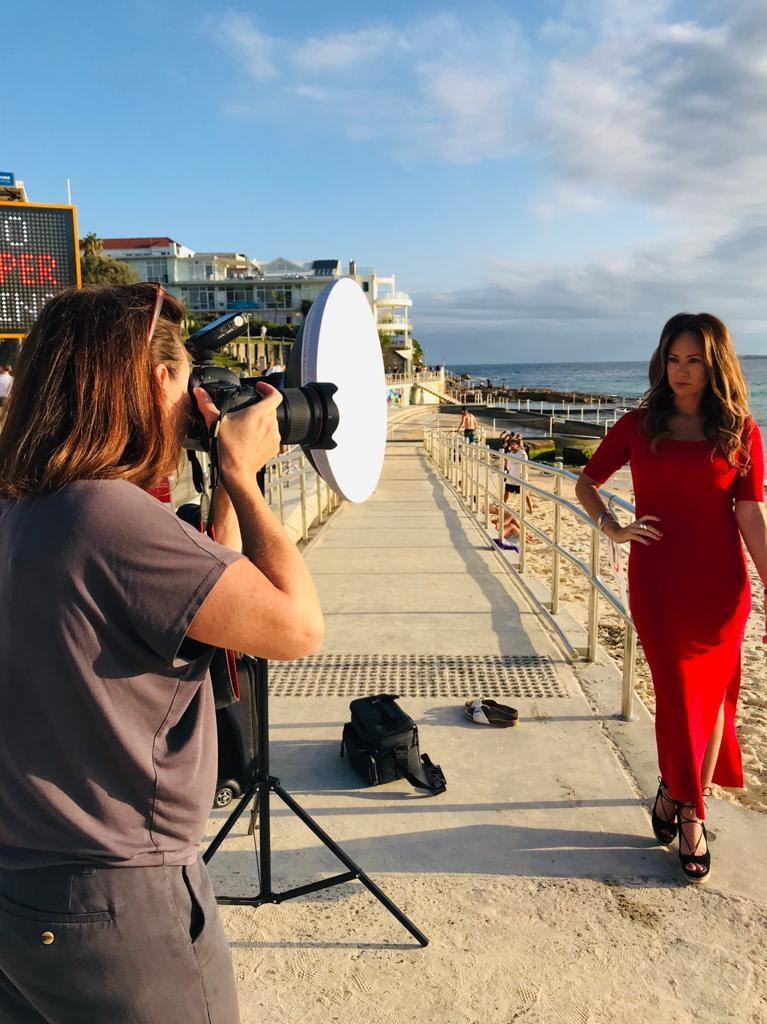 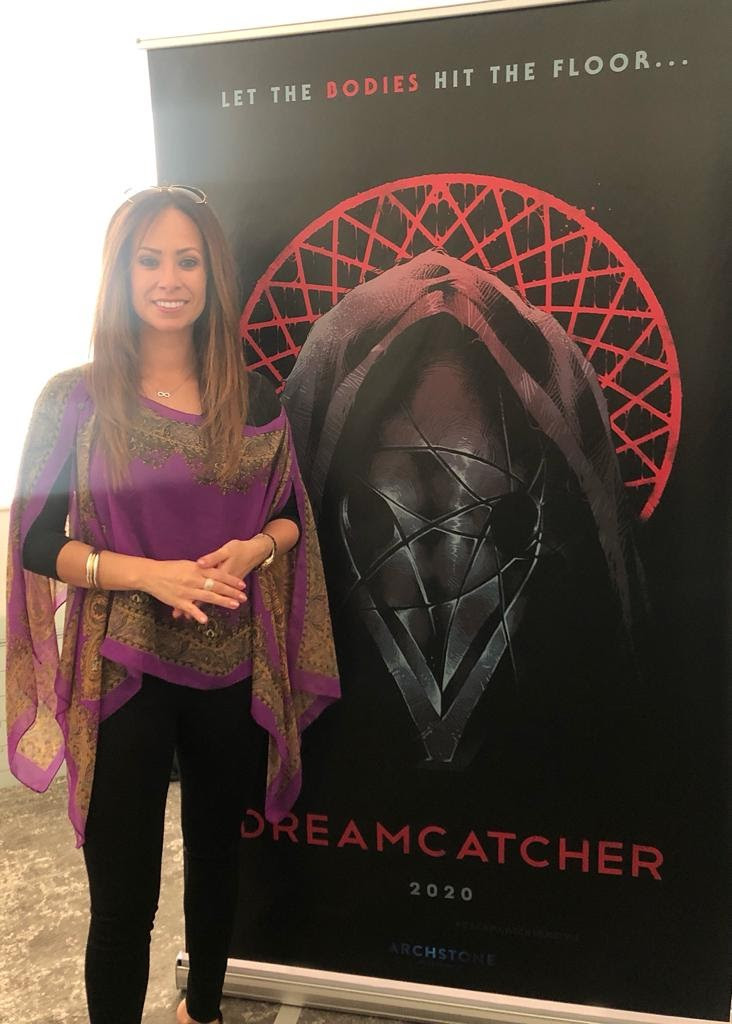 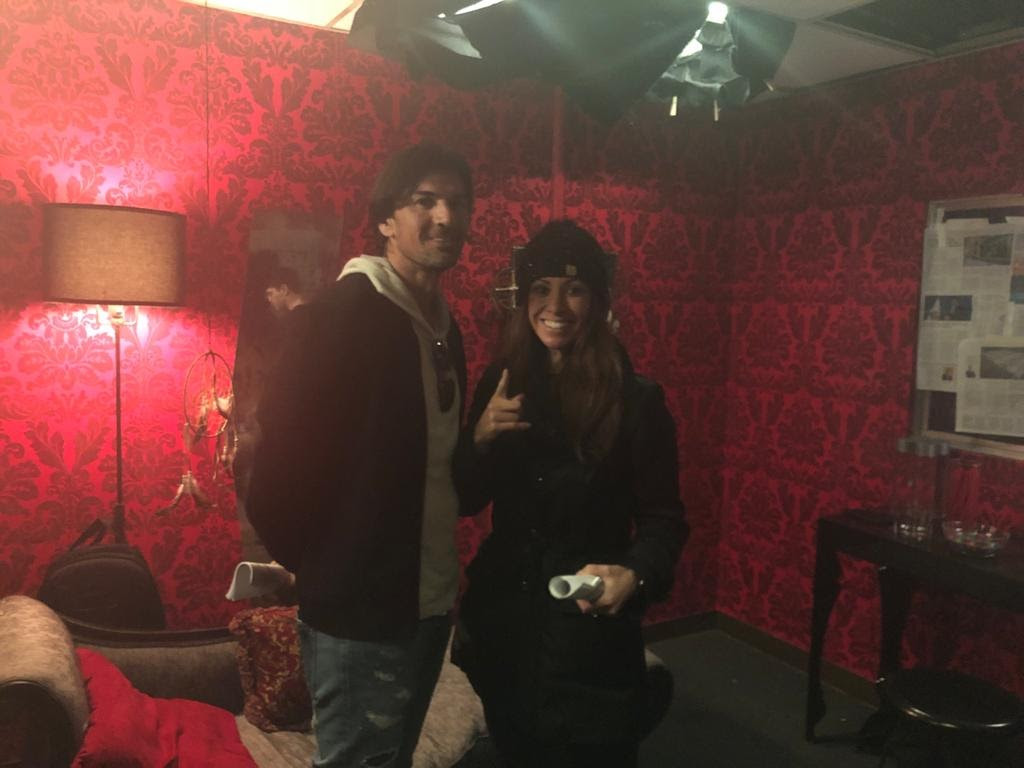 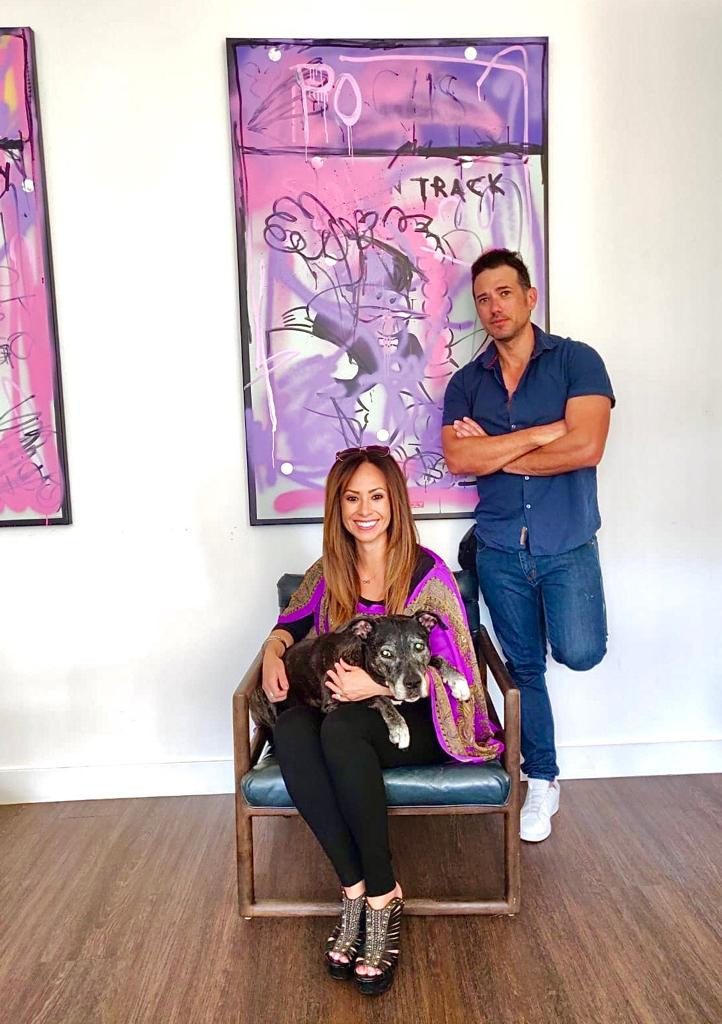 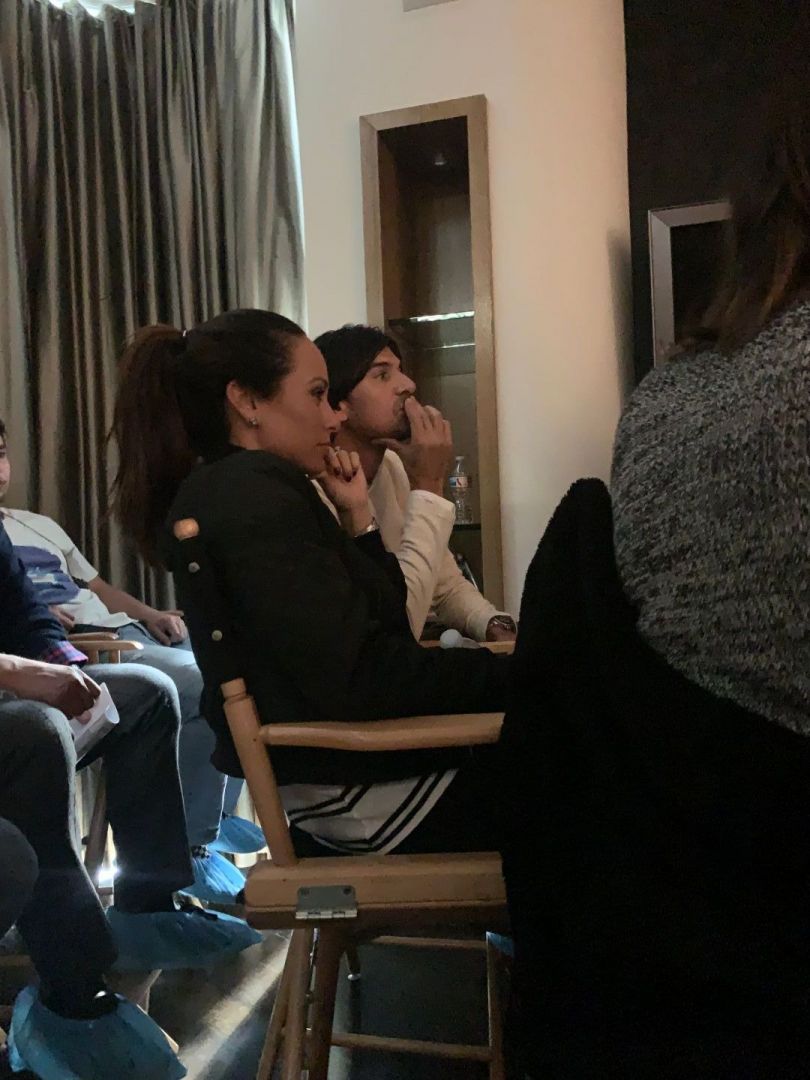 Let’s talk shop? Tell us more about your career, what can you share with our community?
My art is intrinsically tied to my soul. It’s a piece of me, a reflection of where I am in my life. A film is the sum of its parts – so in a way, it’s a lot of little pieces of a lot of people coming together to create something bigger than any singular vision. As I mentioned before, producing is tough. The entertainment industry is tumultuous on its best days – and getting to where I am today was riddled with obstacles, heartache and waiting. So, so much waiting. At times during this journey I’ve felt so alone – like no one understood who I was or what I wanted. That’s the tricky thing about ambition, it can ostracize you from your peers. I’m driven by deep-rooted passion that never quits – in an industry dominated by powerful men. Getting the respect of industry professionals was a feat in-and-of itself. It isn’t even about validation, it’s about obtaining what should be granted innately – which is really ridiculous when you think about it. But because of that struggle, because of that extra step, that extra layer of creative oppression – I’ve discovered what I’m capable of doing on my own. I’ve learned that failure breeds innovation. I’ve learned that determination and loyalty are the foundation for lasting success. Most importantly, I’ve found a love for myself – and the people around me that isn’t selfish, that isn’t opportunistic or fueled by ulterior motives. I am continuing to better myself everyday. I’m learning, growing and reciprocating all through my art.

I have a big personality, I get excited, and when I know something is right – I make it happen. That’s how I operate as a filmmaker. My brother and I joke about how if when reading something, we get get goosebumps, it’s the universe telling us this is what we’re doing next. As a spiritual person, I keep an open eye to what the world is telling me. The signs around me. There’s a lot of trepidation in green lighting a project – notably due to the financial component, which is totally understandable. I don’t think about it that way. I can’t. I compartmentalize the steps in an achievable way – delegating with my brother based on where our strong suits lie. When Brandon and I founded Quarzo Studios, we wanted a safe space for artists who wouldn’t feel stifled by the typified processes of Hollywood. The Quarzo Studios brand is based on mutual respect, on unbridled creative collaboration, and the willingness to tell bold, impactful stories that will appeal to a global audience. There’s no ego. There’s no series of trials and tribulations. I went through that, many times throughout my career, and I refuse to become the type of person who tried to hold me back.

If I can impart any knowledge – it’s that you, yes you, are capable of doing whatever you set your mind to. Embrace your shortcomings and capitalize on your skillset. Refuse the notion of feeling lesser and take risks.

If you had a friend visiting you, what are some of the local spots you’d want to take them around to?
It’s so LA to say, but I adore Runyon Canyon. It’s my happy place. You see a litany of interesting people and beautiful views. It’s also a place of reflection and appreciation.

Paradise Cove in Malibu is another lavish escape. It’s a bit more secluded, so when you’re chilling on the beach, there’s still an aura of privacy. The surrounding area will make you feel like you’re on a film set – the boutique stores and fun restaurants; plus there’s on site parking!!

An open air picnic with a chilled Chardonnay at the Hollywood Bowl is also a vibe. Seeing live music there is a euphoric experience.

There’s so much diversity and culture in Los Angeles. I love going to farmers markets and supporting local vendors – as well as sampling that vast [and delicious] array of food trucks.

All of that said, my favorite place in the city — is my home. I love hosting dinner parties, surrounded by good friends and laughter. Going out on the balcony and watching the sunset over the cityscape – remembering that I’m here for a reason; it’s beautiful in its simplicity. 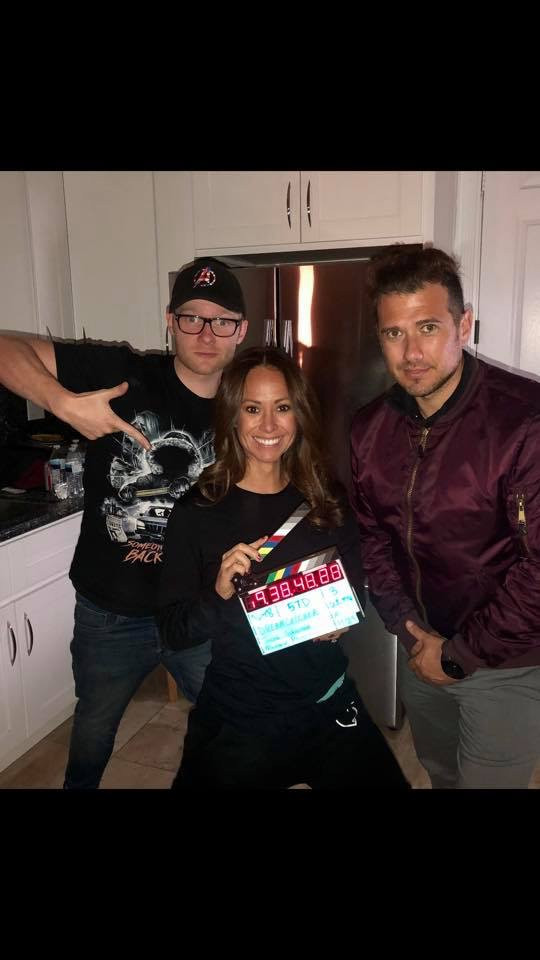 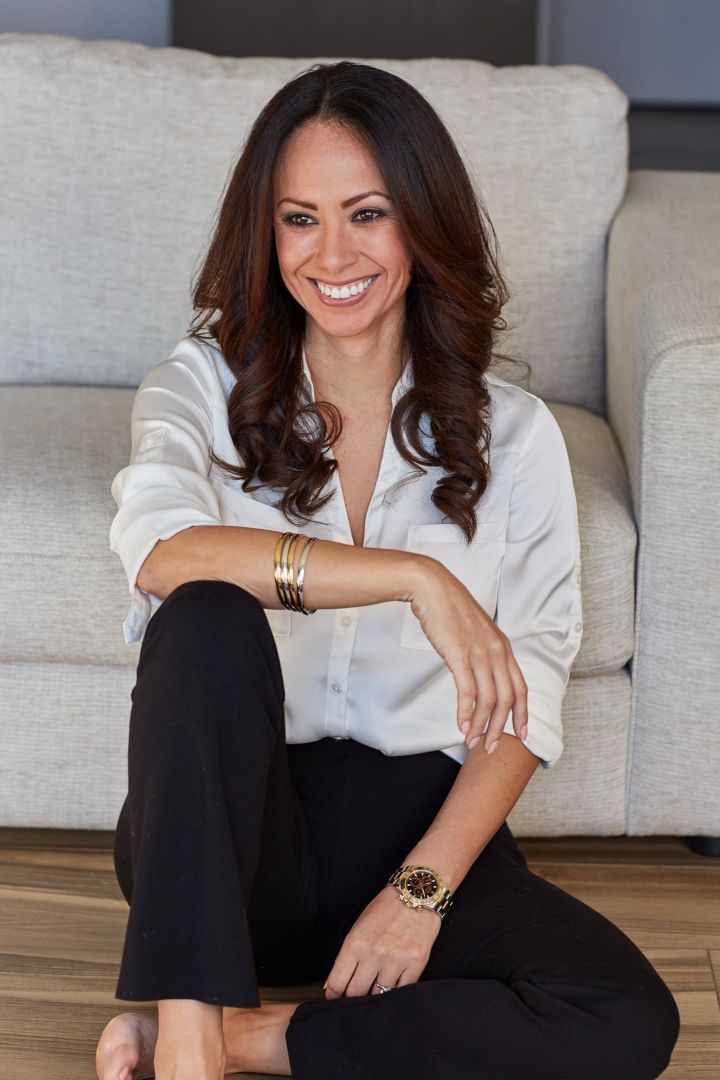 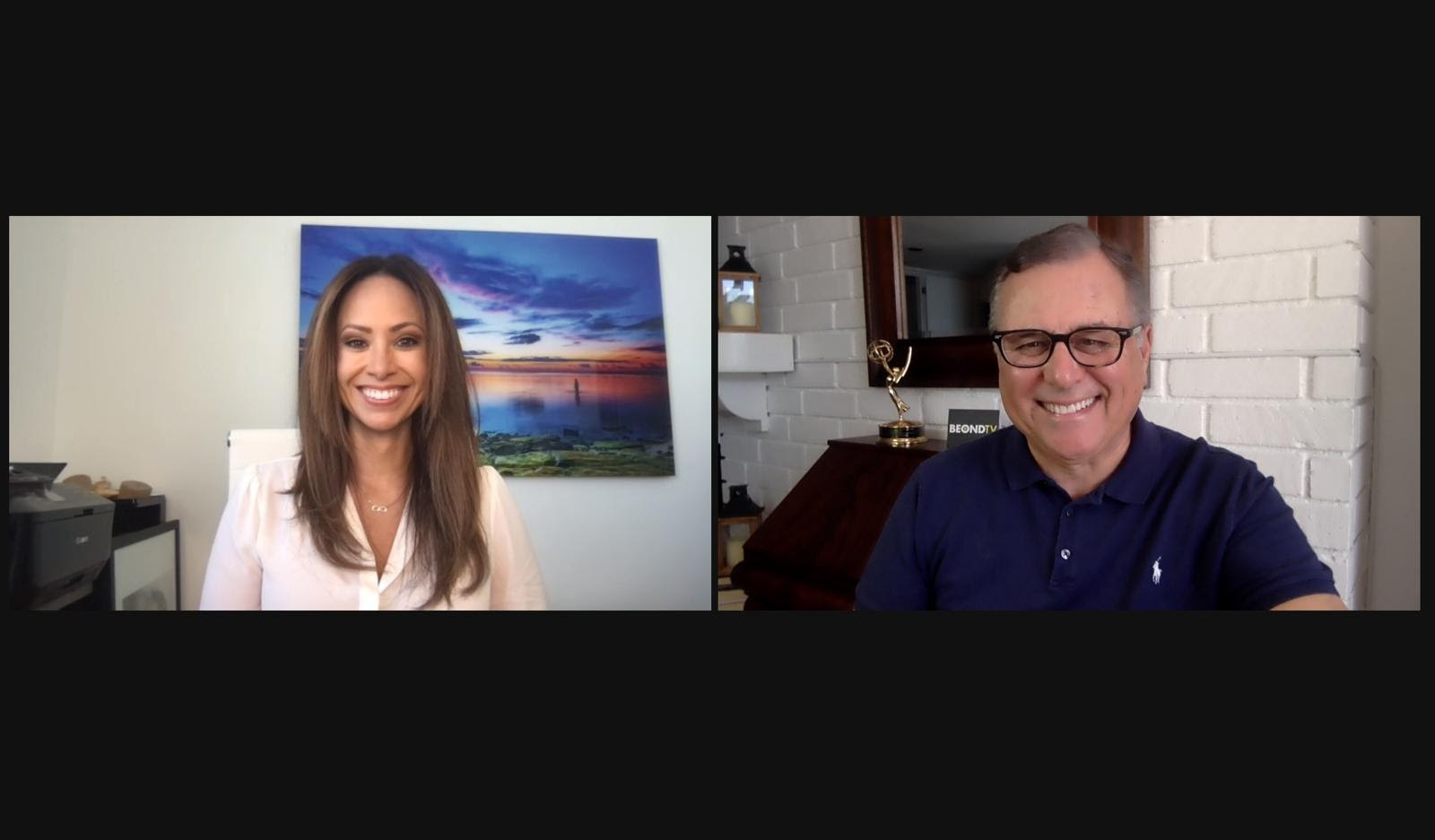 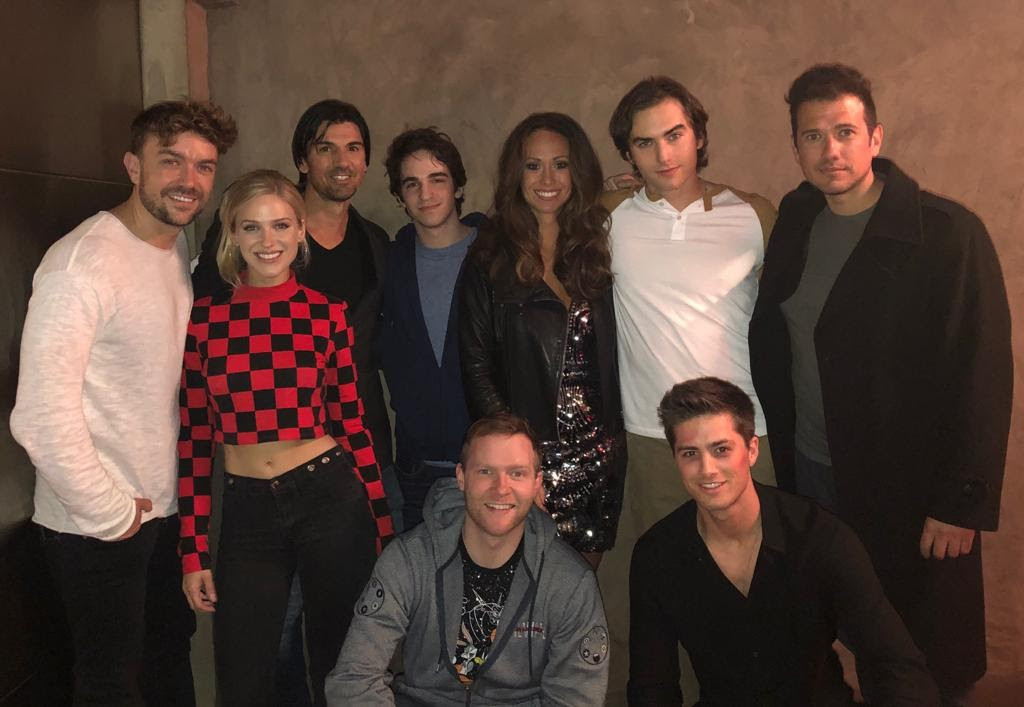 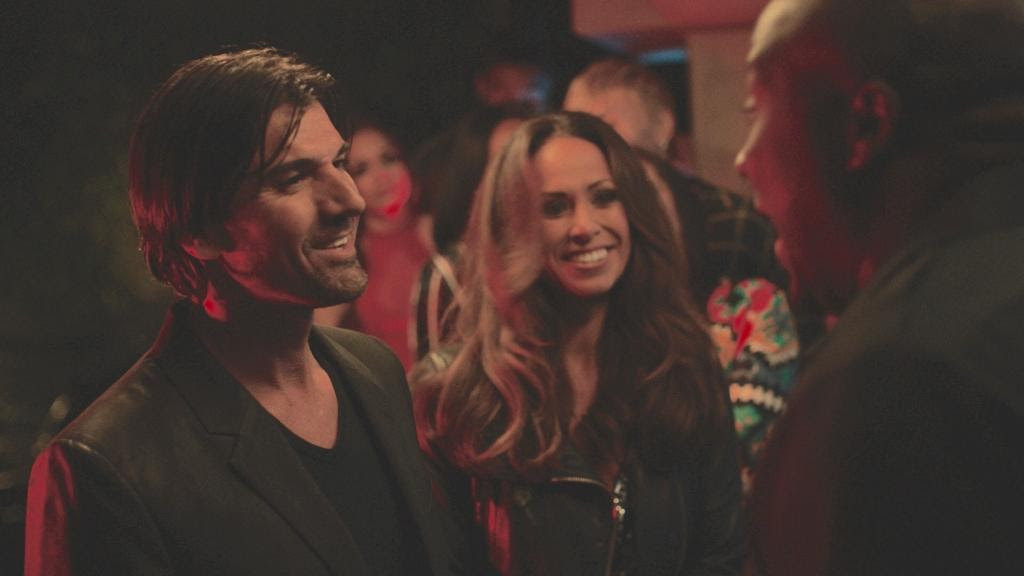 The Shoutout series is all about recognizing that our success and where we are in life is at least somewhat thanks to the efforts, support, mentorship, love and encouragement of others. So is there someone that you want to dedicate your shoutout to?
Producing is hard. There’s no clear path to success – and, much like acting, it’s a path rife with rejection and uncertainty. I owe a debt of gratitude in staying the course to my mentor, Mark Johnson. For years, he has kept me from cracking under the weight of rejection. Though supportive and compassionate, he has never sugar-coated anything. He has given me honesty from the start – which only incentivized me to work harder and smarter. To say it has been tough love is an understatement, but I’m no less grateful for the journey. Funny enough, he also shares a birthday with my brother, Brandon, who is my producing partner at Quarzo Studios. It was a stars-align, kismet moment that we still laugh about all these years later.

Mark, like Brandon, thinks differently than I do – but that’s why it works. You don’t grow if you surround yourself with “YES!” people. Filmmaking is about collaboration – for better or for worse. I’m lucky I’m in the business with such incredible people like Mark, like Brandon, who is not only my brother, but also my best friend. Hollywood can be a rocky place – but if you surround yourself with people who build you up, who give you a solid foundation, you’re going to succeed one-way or another. I would be remised to not also give a shoutout to my husband, Jacques – who has jumped on this crazy rollercoaster with me – with outstretched hands and an open heart. Also to our constant collaborator, writer and director Jacob Johnston and my incredible family near and far. Thanks to them, my story is ripe with loyalty, passion and intelligence.

Meet Camille Varlet: Founder and CEO of Mouth Off