We had the good fortune of connecting with Leah Dunn and we’ve shared our conversation below.

Hi Leah, how has your work-life balance changed over time?
During high school, I had an extremely slanted work-life balance. I would go to school in the mornings and then work on music in the afternoon. I spent between three and seven hours a day working on music. From vocal and guitar practice to songwriting, rehearsals, production in the studio, and performing, I spent pretty much every free moment on music. I don’t regret using my time mostly for work, however, it was safe to say I didn’t have a life outside of music and school. I never went to a high school party or football game. Instead, I was watching my friends play in the orchestra, jazz, and rock bands, attending dance performances and art exhibitions. I don’t feel like I missed out on much.
After high school, I was planning to head straight to college for music, but then the pandemic happened. Live music shut down along with many other fields in the arts. College was going to be online and I didn’t want to waste my tuition money on virtual rehearsals and studio time. So I decided to do something I never thought I would: take a gap year, and take a year off of music.
I enrolled in a program for Jewish teens to spend a year in Israel taking college credit classes, interning, traveling the country, and learning about our religious and cultural heritage. As I’m writing this I haven’t touched my guitar in nearly two weeks. However, I realized that if I had kept living the way I used to, I would quickly run out of things to write about.
I know that even if I’m not practicing music every day, the experiences I’m gaining right now will eventually be invaluable to my songwriting. I’ve also been exposed to new genres I wouldn’t have discovered otherwise. That includes Eritrean music like Ephram Amare and Dawit Nega, Israeli-Yemenite bands like A-WA, and even classic Jewish melodies sung at dinner tables.
I currently spend my days working at a flower shop, swimming in the ocean, walking around Tel Aviv, hiking around the country from the desert to the mountains, reading poetry, picking up a guitar, and writing lyrics when I can. I used to be so hard on myself if I didn’t spend every waking moment on music-related work, but I’ve learned that time away from music is a gift too often turned down. We wouldn’t have good music without a life to write about. 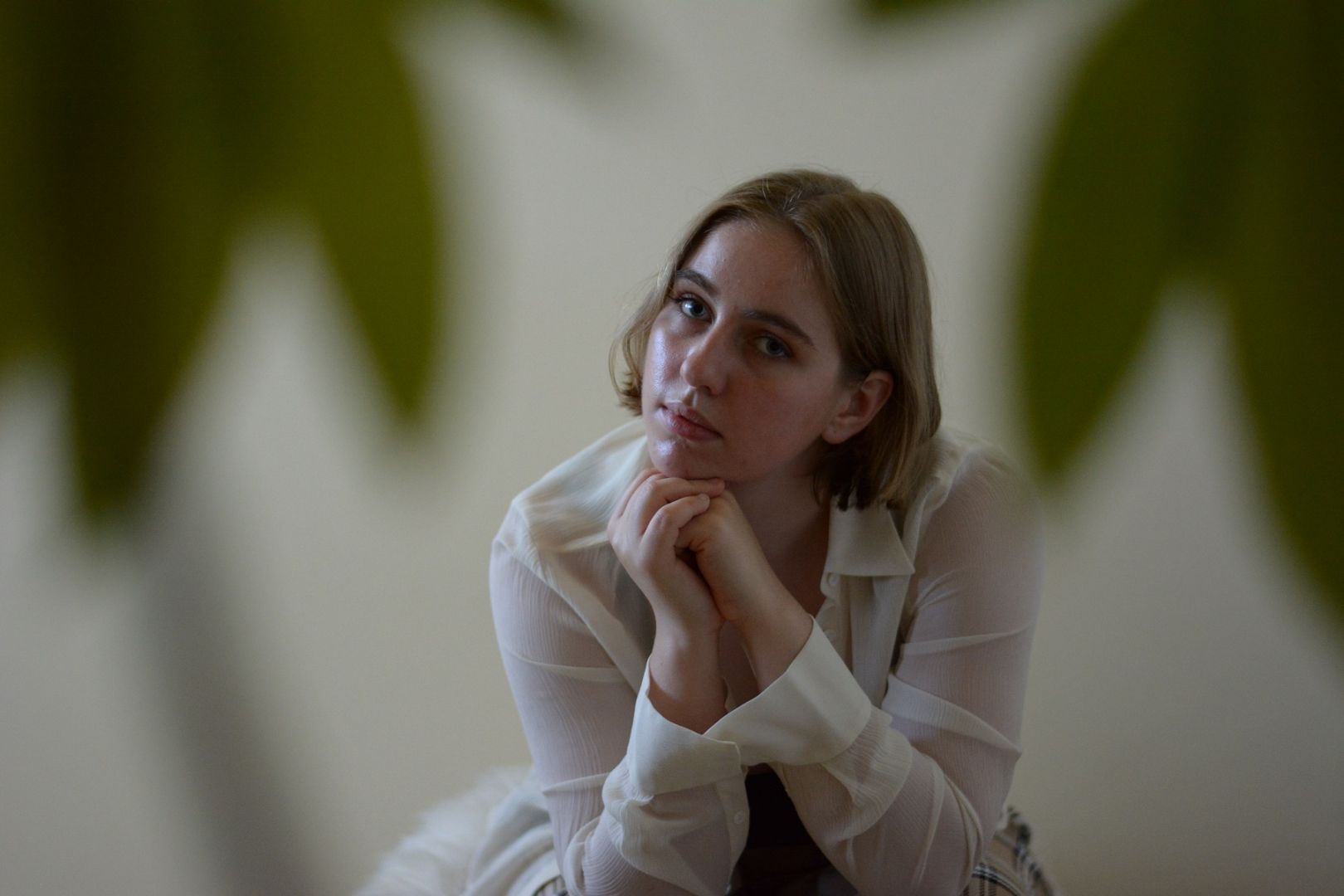 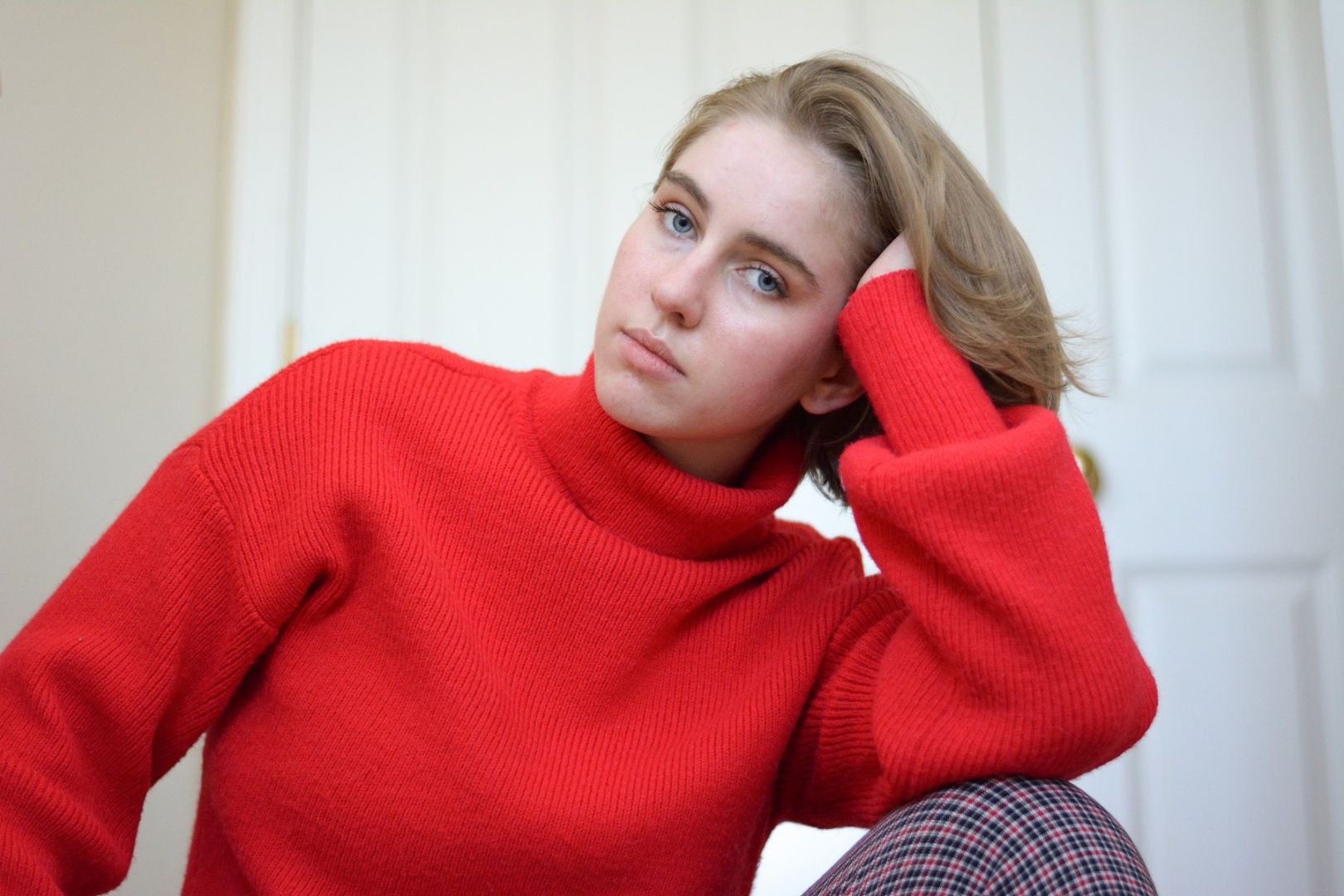 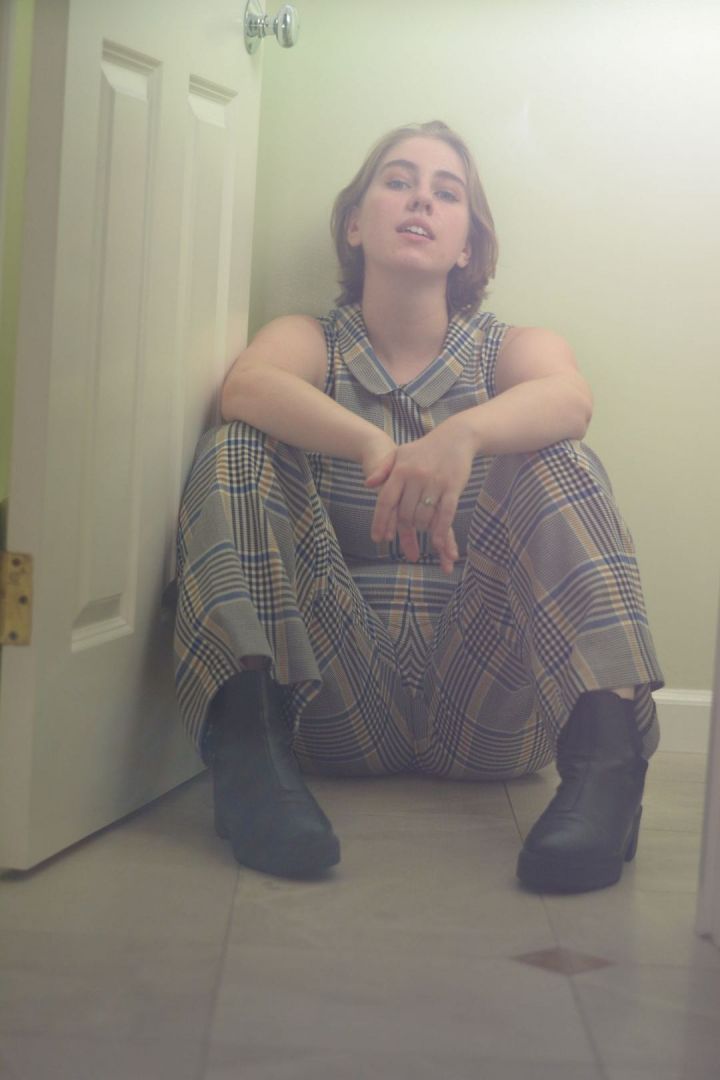 Alright, so let’s move onto what keeps you busy professionally?
Most of my writing centers around the human condition, as pretentious as that sounds, it’s the only subject that has enough substance to make art about. No one wants to hear a happy song where there’s no story, just pretty words. Maybe some people, but that’s boring. That’s not to say that you have to live your life as a suffering artist to make good art. But that’s a lesson that I had to learn the hard way. I think many songwriters have struggled with their mental health in one way or another, I know I did. Learning to work with my generalized anxiety disorder was perhaps the biggest challenge I’ve faced so far when it comes to music. As a songwriter, it’s easy to romanticize mental illness instead of getting help and processing emotions healthily. Being a tortured artist is not all it’s cracked up to be. But I found that my writing actually improved after I started going to therapy and classifying my anxiety as something other than who I was. Sure it’s a part of me, but it’s not all of me.
I became fascinated with the challenge of finding joy in dark and quiet places. Humans are always going to be somewhat sad, but humans are also going to be somewhat happy. Being as observant as I can of the people in my life, strangers and friends alike serves as my greatest inspiration for my writing.
I’m still figuring out who I am as an artist, but I want to be the kind that shows visible growth from album to album. My debut album “Wetsuit” was a coming of age culmination of my best songs so far. Mostly sad songs, it was who I was at the time. The music I’m working on now is more humor and irony-focused. It’s still sad enough, don’t worry, but I think it is expressed through more specific scenes and interactions in the lyrics. People don’t show themselves with big grand statements about the meaning of life, but rather through short moments of dialogue and interaction. I want to be an artist who can capture those moments well.

If you had a friend visiting you, what are some of the local spots you’d want to take them around to?
Since I’m currently living in the Tel Aviv area I’ll recommend activities around there. The main street to explore in Tel Aviv would be Rothschild Boulevard. It’s full of cute cafes and restaurants, and there’s a bike lane for both bikes and electric scooters. I usually like to walk along the tayelet (promenade by the beach) down the coast to Jaffa, a port city with ancient history. There you can explore the old city, ancient mosques and churches, and the Jaffa port which lays claim to being the oldest port in the world. There’s a wonderful flea market in Jaffa, a similar one in Tel Aviv called Shuk HaCarmel and Shuk Machane Yehuda in Jerusalem. The Jerusalem shuk (market) is my favorite. Full of life, fresh fruits, veggies, pastries such as rugelach and knafeh. In my opinion, the best rugelach (a small Jewish version of a chocolate croissant) can be found at Marzipan bakery on the outside of Shuk Machane Yehuda. Across from the Shuk is an artsy neighborhood called Nachlaot where you can find art studios and synagogues. Nachlaot is a unique neighborhood where religious and secular residents live and work together in hipster harmony. On the other side of Nachlaot is my favorite falafel stand in the world, Shalom Falafel. Their falafel comes in a pita pocket with tomatoes, cucumbers, hummus, tahini, pickles, and sometimes a hardboiled egg, and it’s great for a quick and easy meal on the go.
In terms of hiking and exploring, there are a lot of great hikes in the Negev (desert), and then up north in the Galilee and the Golan. Two of my favorites were Ein Geidi, an oasis near the dead sea, and Ein Prat, a rocky hike with fresh spring and waterfall. Israel has a lot to offer if you are willing to get out of the house. 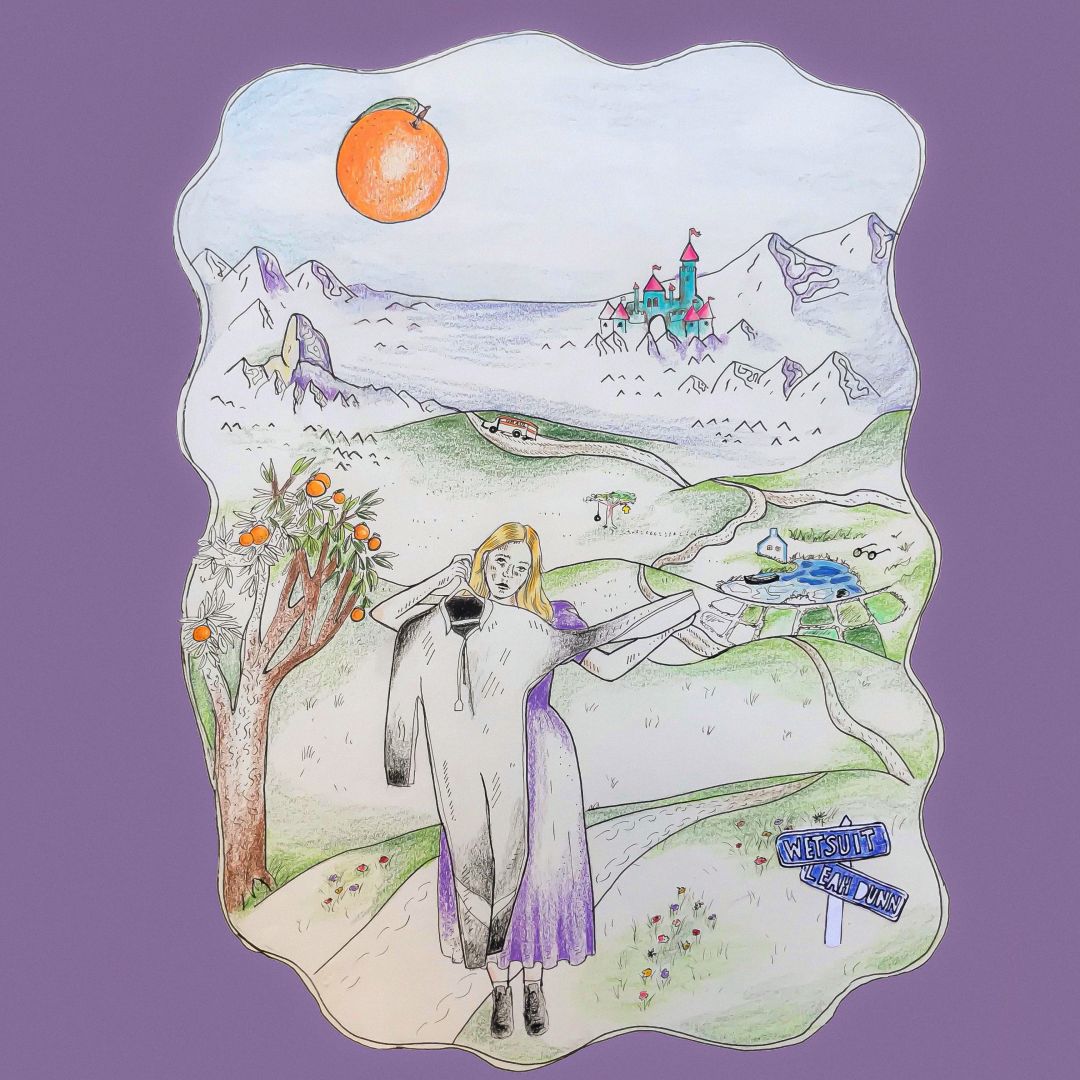 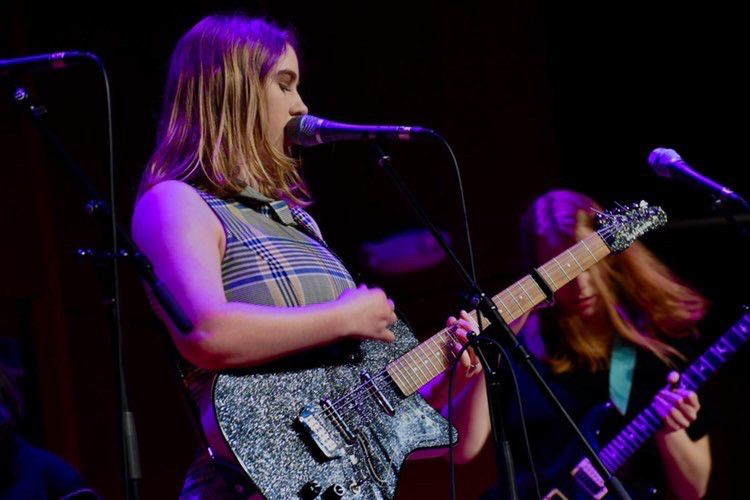 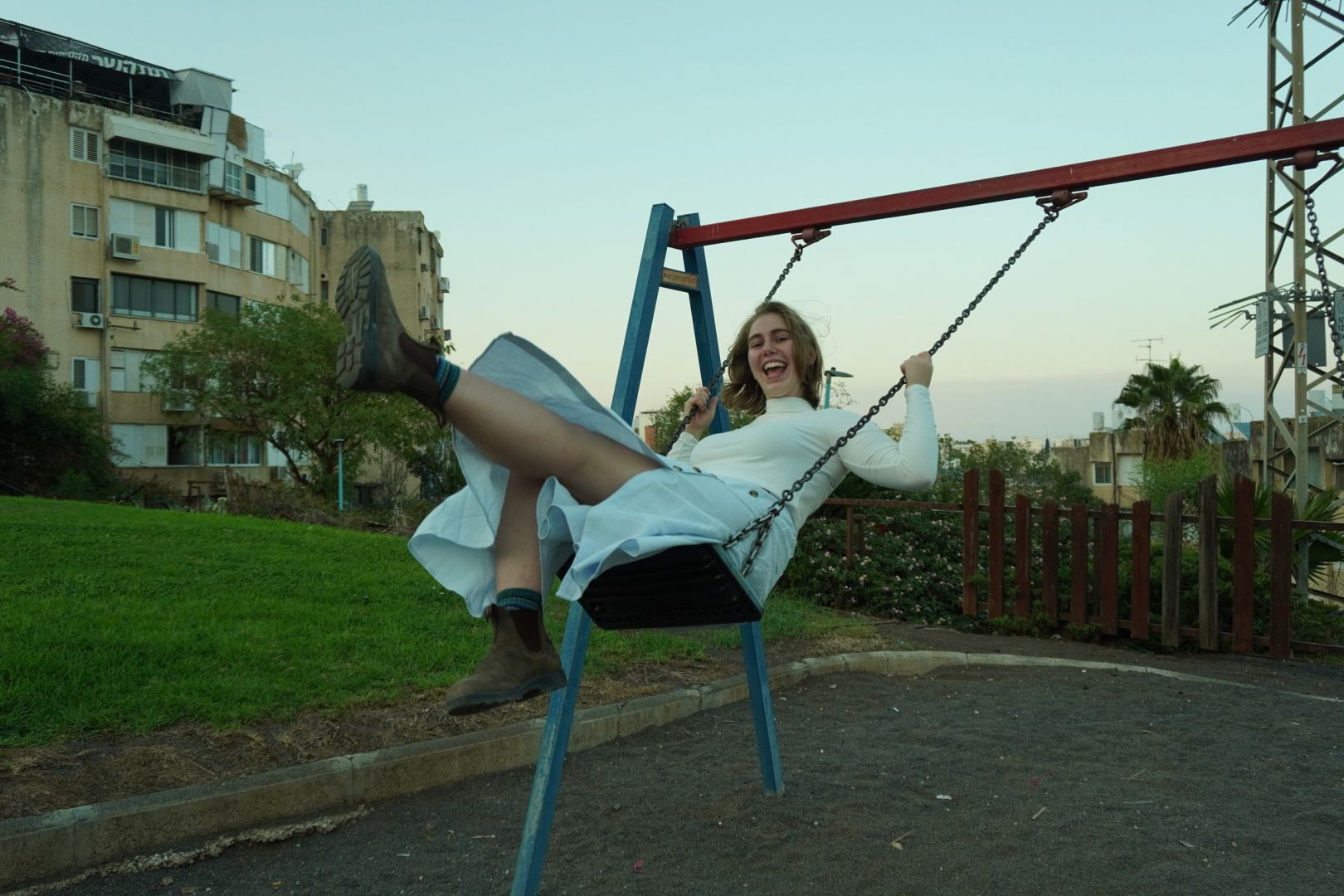 Shoutout is all about shouting out others who you feel deserve additional recognition and exposure. Who would you like to shoutout?
Maryam Qudus who is currently releasing music under the moniker Spacemoth is one of my most important role models and mentors. She is a songwriter, performer, audio engineer, and my former singing teacher. She has taught me since I was around nine years old and engineered every song I’ve released so far. I’m not sure I would have pursued music full time if it were not for her. Spacemoth is a blend of psychedelic synth-indie rock full of gut-wrenching lyrics, ambient solos, and squiggles of noise. It’s my favorite. For fans of both Devo and Mazzy Star, Spacemoth is for you.
Maryam has also worked on countless records as a producer, or engineer, and can work in person or remote these days. So for fellow musicians, if you’re looking for an indie genius, work with Maryam Qudus.