We had the good fortune of connecting with Lenise Bent and we’ve shared our conversation below.

Hi Lenise, how has your perspective on work-life balance evolved over time?
Balance is essential to a long career. When I was in my teens and twenties I was immortal and bulletproof and I figured I’d sleep when I was dead. Well, that almost happened. I worked crazy hours, ate poorly, consumed stimulating substances and basically ingnored well being in general until my body said “ENOUGH!”. I was diagnosed with stomach cancer and told by my holistic doctors to “quite your job or die”. At 27 I still wanted to live so, after finishing a fantastic record with Blondie I checked myself into the clinic in Mexico and started my wellness journey. I didn’t work for 8 years, I took a hiatus, and when I came back I knew that I could not subject myself to that same dangerous routine and schedule. So I applied my recording skills to post production audio, recording foley sound effects for TV and film. More structure, better money, less stress, not so manic. I really missed the creative musical recording environment and artists but not the madness so I compromised. I was grateful that I could make a living using my recording skills but I was not terribly enthused. Eventually, I got to produce foreign vocal performances and realized I was ready to get back into the studio and make records. It took 20 years. 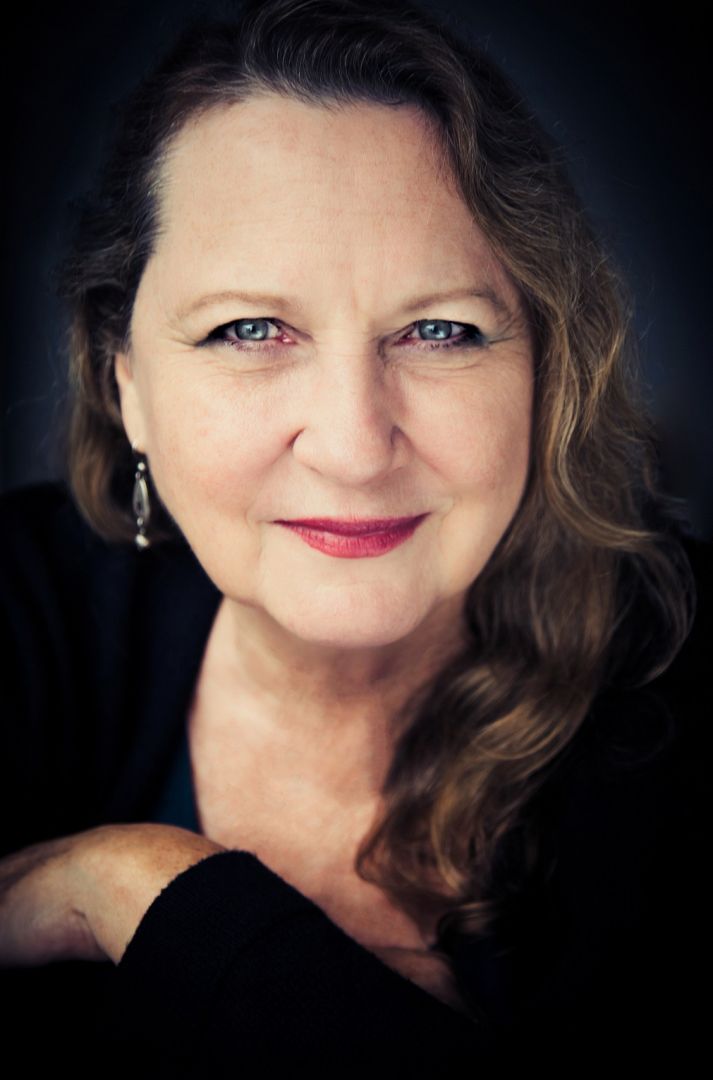 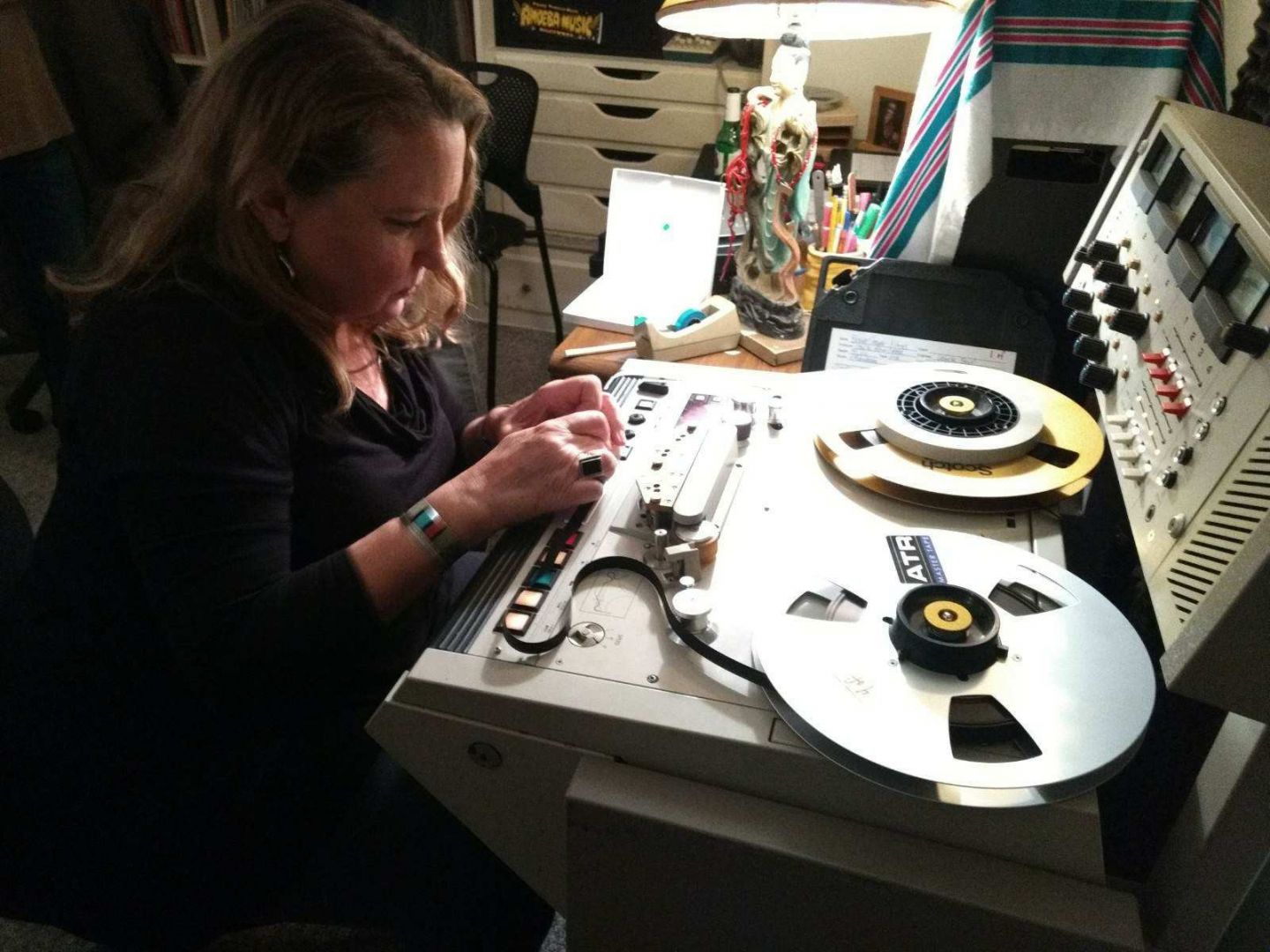 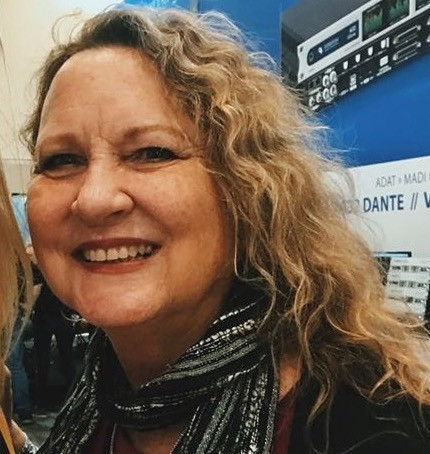 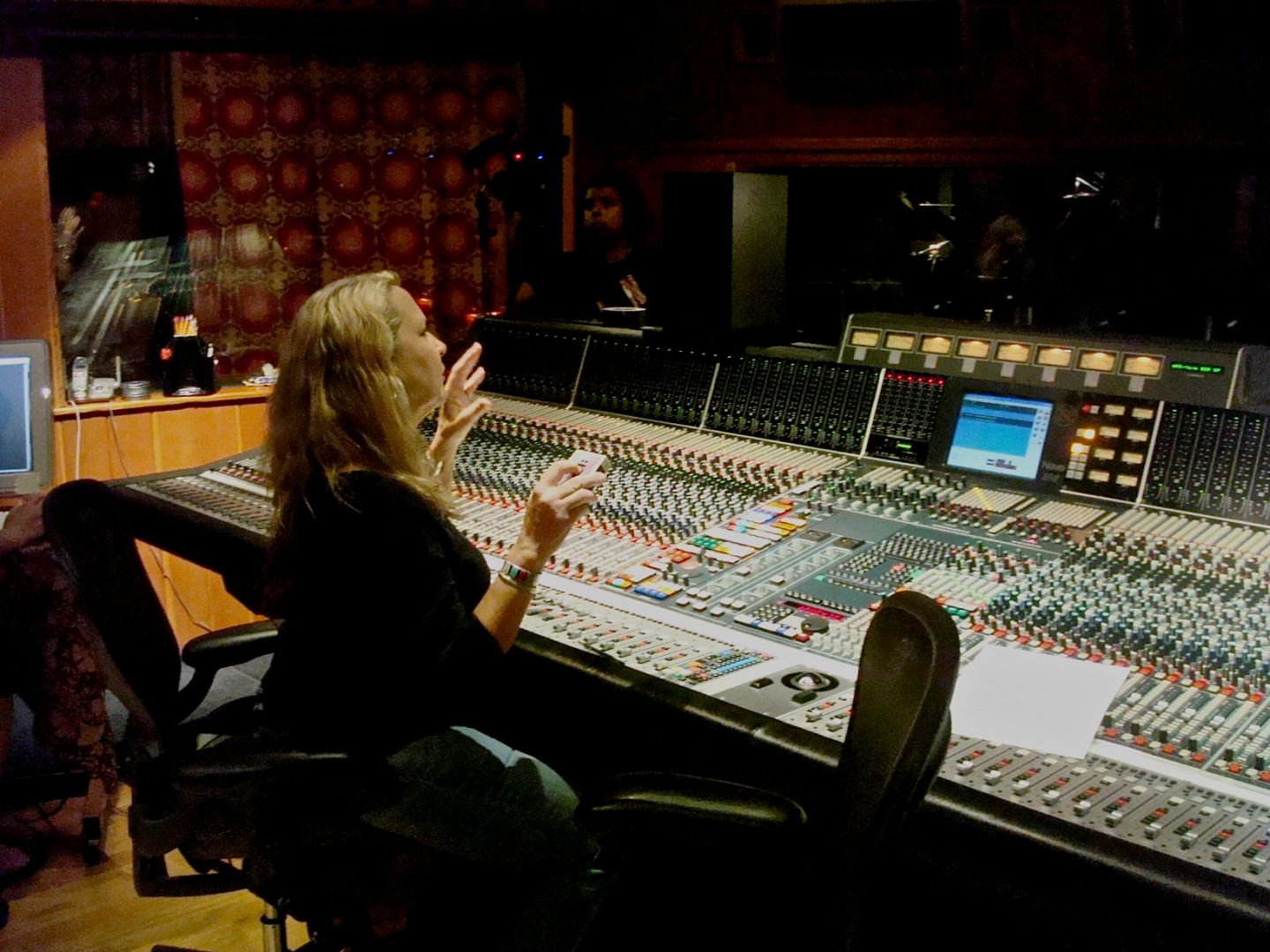 Can you open up a bit about your work and career? We’re big fans and we’d love for our community to learn more about your work.
I am an audio engineer/producer/foley effects mixer/editor/foreign dubbing supervisor/educator/restorer and repair person/consultant . Yes, there is a fair amount of technology involved yet I’ve always approached sound recording from a creative/ artistic direction. I, too, am a recording artist, not just the talent that I record. The technology/gear that I use to create and capture performances are the instruments that I play and the palette with which I paint. I use my entire body to listen with, not just my ears. I can tell when something sounds right by how my whole body reacts. When I discovered audio engineering in my late teens I immediately knew it was what I wanted to do as a career. I’ve always felt it to be a genderless pursuit. I am very proud that I am one of the very first women engineers to succeed, including the first to record a platinum album, Blondie’s “Autoamerican” with the first hit rap song with music, “Rapture”. My career has encouraged and empowered other women and people of diversity to follow their passion for recording as well. I worked hard to be the best I could be as I knew that is how I could rise above any preconceptions of women as sound engineers. I learned from the best engineers while working as an assistant engineer at one of the best studios in the world even today, The Village Studios. I also had several mentors and jumped at every opportunity to observe others at work, not just the technical aspects but how they worked with artists to inspire and capture performances. I am extreemly proud of a recent recording project with the stellar band Primal Kings, recordde completely analog to tape, mixed to tape and the vinyl cut from tape. No digital! Triple A legacy quality recording. The important lessons, when one is an independent, is to save your money and invest well. Also, be flexible, keep learning and be willing to diversify to have a long and lucrative career. I love what I do and bring that joy into the studio or project. Yes, it’s quite challenging out there, but music and sound is being recorded and someone is doing it and making a living. Be that person.

If you had a friend visiting you, what are some of the local spots you’d want to take them around to?
So many obvious and wonderful landmarks! First I’d take them to the Hollywood Bowl during the day so they could go on the stage and then experience its natural amphitheater. The museum is wonderful as well. I would then take them to Griffithe Park at the Fern Dell entrance and hike up to the Griffith Observatory while listening to Ellen Reid’s “Soundwalk”, created just for this hike. We’d check out Hollywood Blvd. and the Roosevelt Hotel. I’d get a tour of the Warner Bros. lot or Paramount Studios. Downtown would include Olvero Street and the birthplace of Los Angeles. We’d walk over to Union Station, perhaps some music would be happening there. We’d go by The Last Bookstore, always a favorite. The Los Angeles Library. Then over to the Grammy Museum and LA Live. Cicada at the Oviatt Building for swing dancing and cocktails. Drinks by the pool at Hotel Figueroa. Sushi at WP24 top of Ritz Carlton. Biltmore Hotel. NOLA for Sunday New Orleans Blues Brunch. Rodeo Drive and Beverly Wilshire Hotel. Venice Boardwalk. Paradise Cove for Breakfast, Sunset Restaurant at Zuma Beach for Happy Hour and walk on the beach. Getty Villa. Getty Museum. Skirball Museum. Peterson Automotive Museum. LACMA. Huntington Gardens and Library in Pasadena, Norton Simon Museum. Yamashiro Skyroom. The Magic Castle. Music at The Mint. Drinks and maybe pizza at The Rainbow. Visit the original Farmer’s Market on 3rd and Fairfax. Disneyland and Universal. Disney Hall. And, of course, anything they want to do. 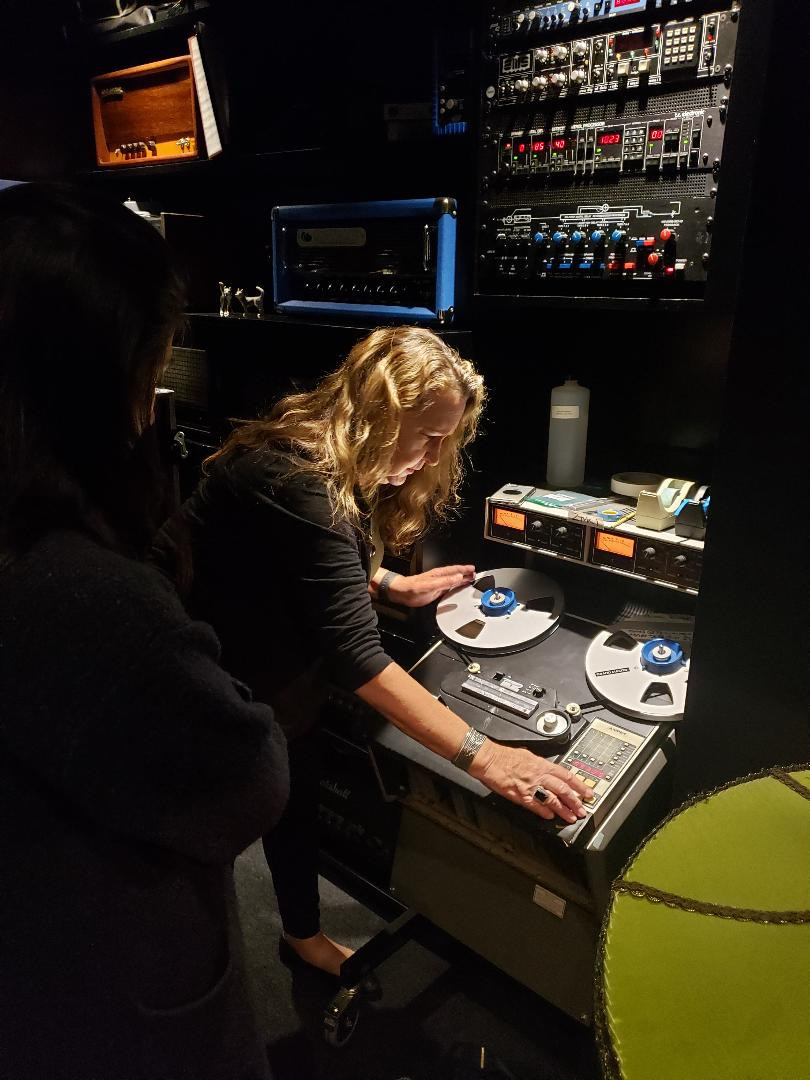 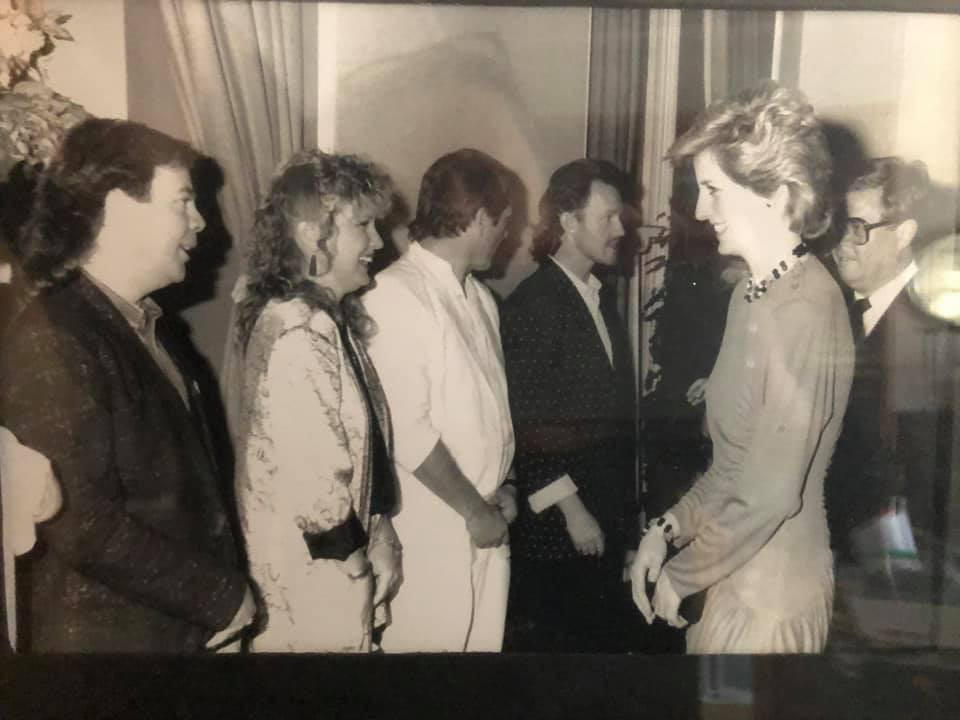 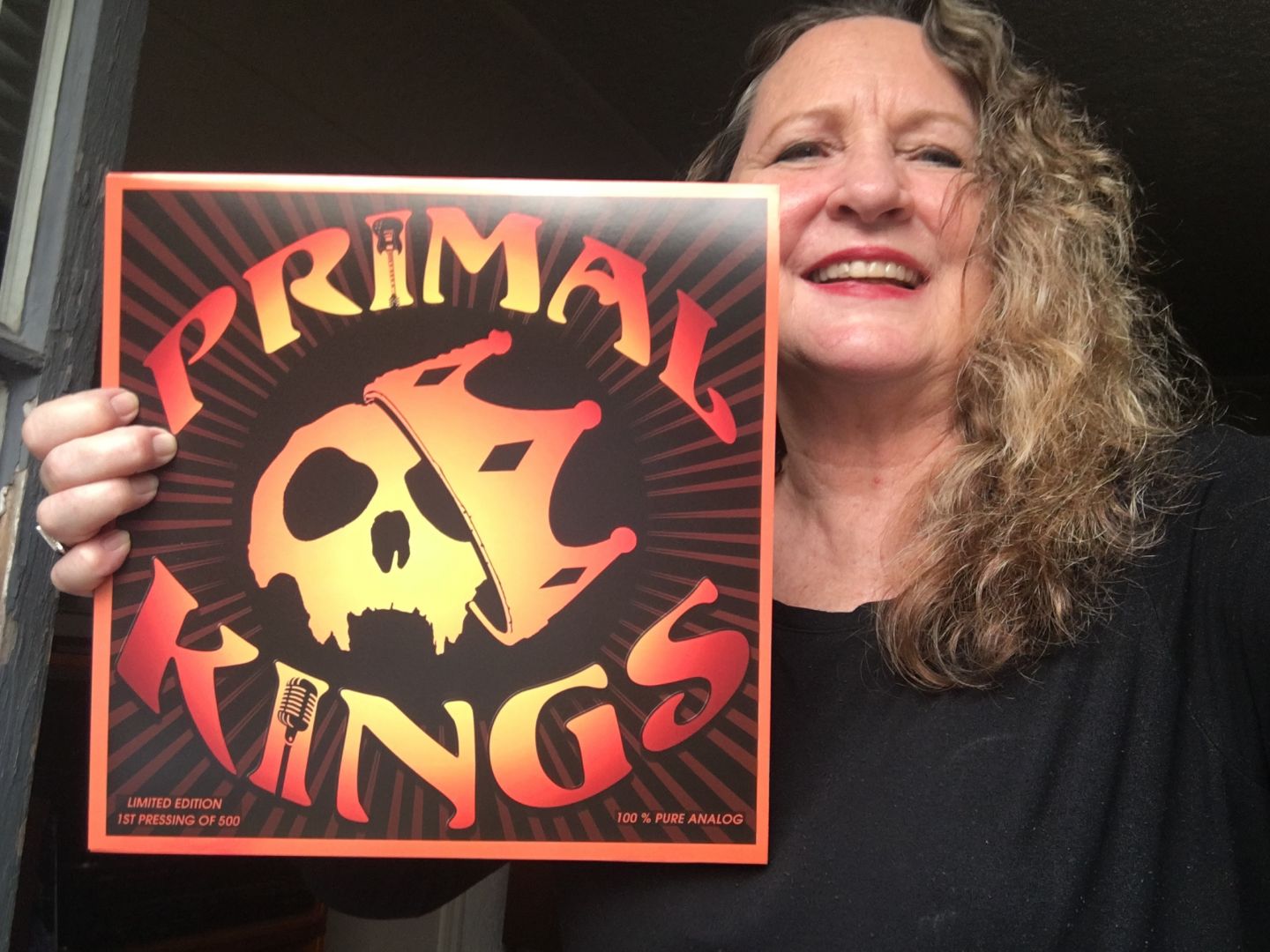 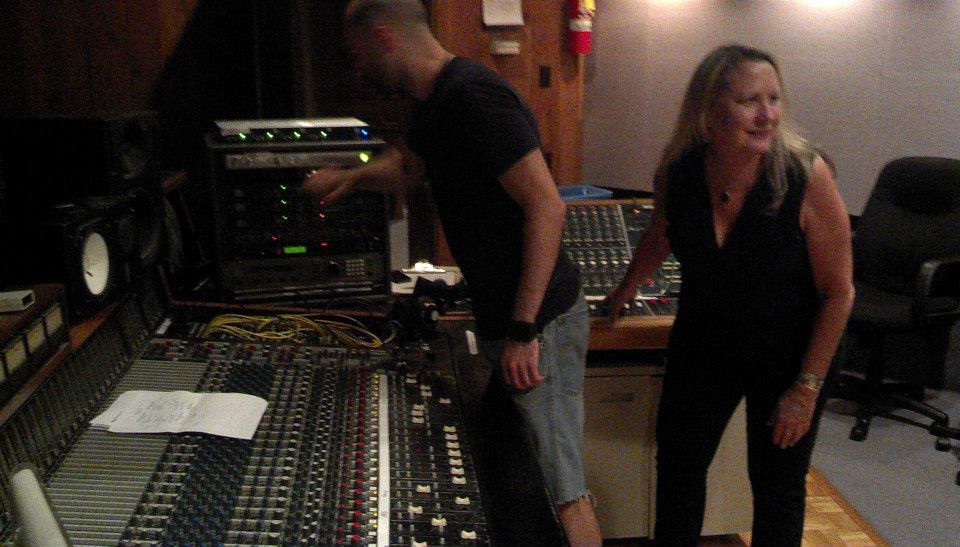 Who else deserves some credit and recognition?
Gary Starr, studio manager at The Village Studios, who gave me my first recording job. Roger Nichols, Grammy Award winning recording engineer for Steely Dan, John Denver and many others, who mentored me in his exceptional recording techniques which I apply to this day. Terry Becker, Barbara Issak and Carla Frederick, my audio engineering colleagues and best friends, whose support throughout my career was immense and unconditional. We had each other’s backs always until they each passed away. I miss them everyday and carry them with me in whatever I do. Producer Mike Chapman for giving me the opportunity to become the first woman to record a platinum album and demonstrated hit record production methods. The Audio Engineering Society for their career long support of me and others of diversity in the recording field. SoundGirls.org, and founder Karrie Keyes also for supporting me and empowering other women and diversity in the sound industry.