We had the good fortune of connecting with Lindsay McMurray and we’ve shared our conversation below.

Hi Lindsay, we’d love to hear more about how you thought about starting your own business?
As most musicians can attest to, the gigging lifestyle is unpredictable. This is where I think the phrase “feast or famine” comes in. Especially if you look at the holiday season where you could be working from noon to midnight at 4 different locations, but when January hits you can be looking at a month-long gig desert. Maybe even 2 months. Or you could be hired to do a tour for a year, but return to town only to find out that all your regular gigs have replaced you. Although this is the nature of a musician’s work life, there’s not much you can really do about it except hope that the phone rings. I wanted to give myself a little more control of my fate, so I started to look into what kind of holes there were in the market and see if I could put together bands to fill the gaps. 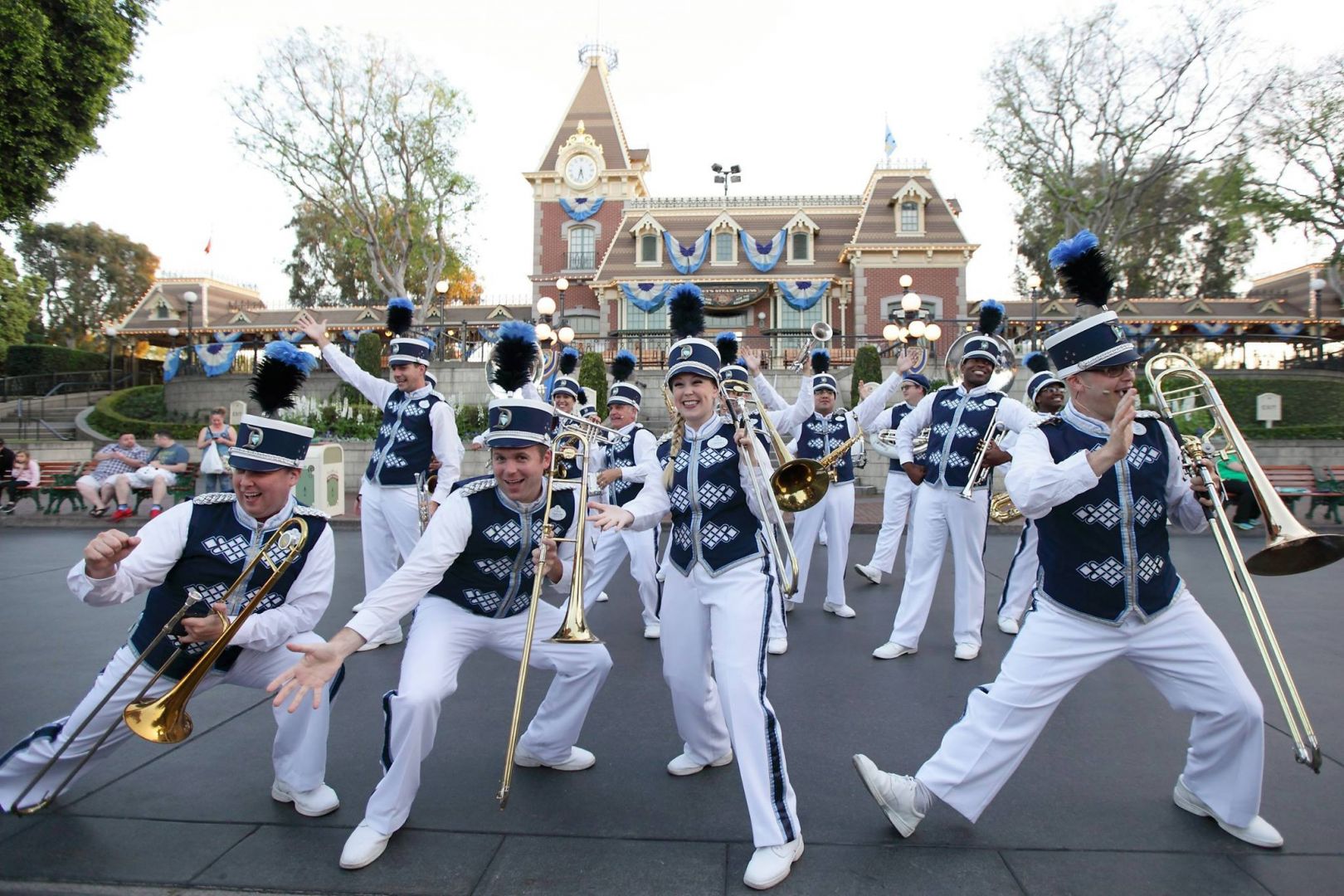 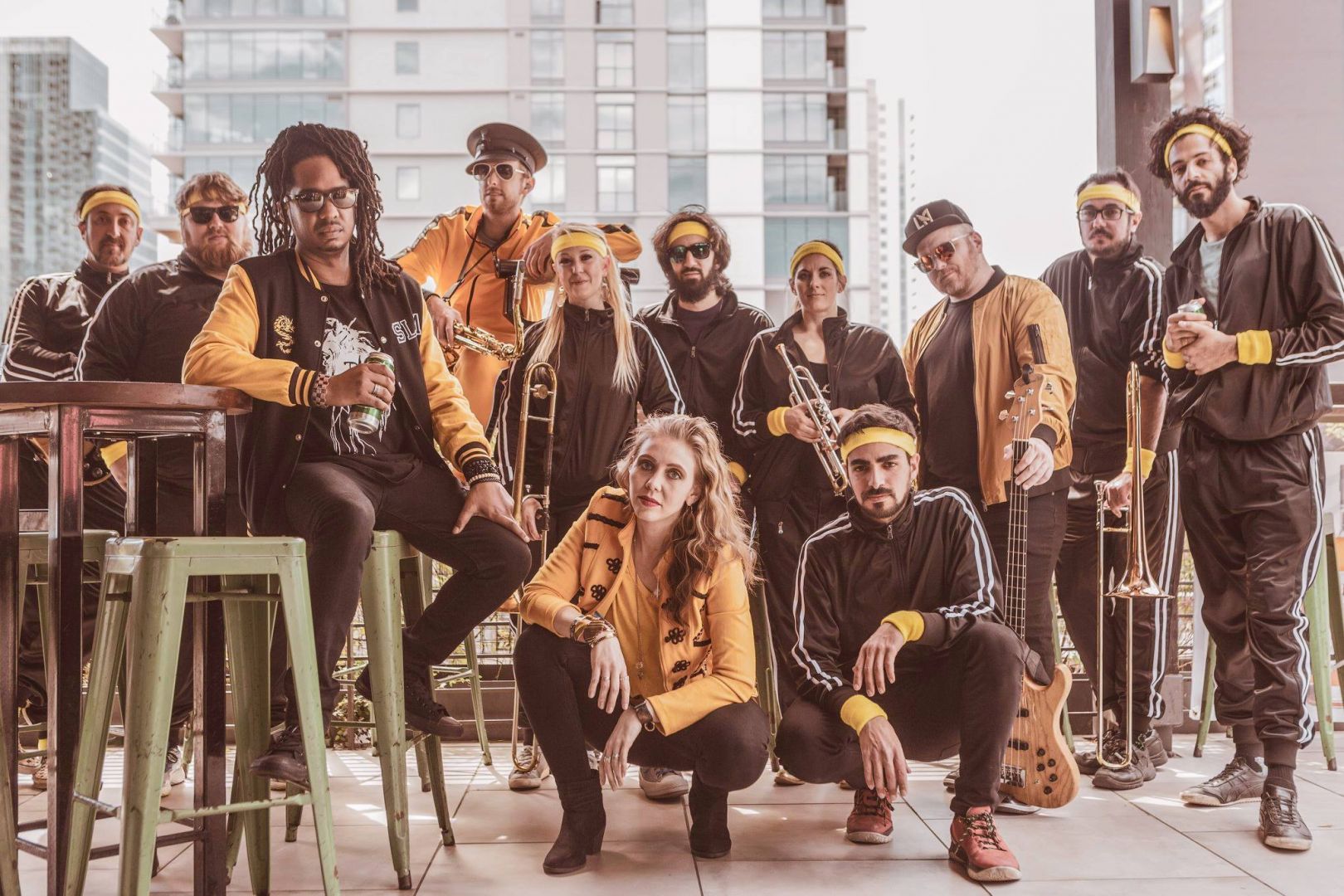 Let’s talk shop? Tell us more about your career, what can you share with our community?
So, I’m a trombonist. A female trombonist. A blonde, female trombonist. Even though I grew up around other female trombonists, I knew that it wasn’t common globally and that I wanted to prove myself to be competent, if not the best. When I started working in the gigging scene in LA I could tell that I was getting hired because some band leaders liked my look on stage, but I also knew that some band leaders were annoyed because they didn’t think a girl could play good enough. It was a struggle because even though I was working hard and trying my best, I knew that in a lot of cases it didn’t matter how well I played. Either because they weren’t even listening to me or their minds had already been made up. I’m definitely not saying this was always the case. There were a lot of good people who hired me without thought to my gender and actually liked how I played. But I would say these cases were unfortunately in the minority.

Fear is a crazy thing. It can make you doubt yourself. It can cause you to see a distorted reality. And it can prevent you from taking opportunities that could lead you out. This was one such case when I was working at a long standing job which I thought I needed to survive. It was implied that I couldn’t sub out and that I needed to be 100% dedicated to it’s success, even though they didn’t have my best interests at heart. It made up a major portion of my income, so I was scared to risk jeopardizing it. One day a major opportunity called me and I turned it down because it conflicted with this other job. A year later they called again and again I turned it down. In the end that long standing job stopped abruptly, and poorly, and was left wondering what could have been. The lesson I learned from all of that was I can’t let fear dictate what opportunities I take. If I’m in a place where fear is the language they speak, they cannot be a priority and to watch my back.

Through the lessons I’ve learned and the trials I’ve been through, I feel that I’m in a good place and am very proud of my projects and what I’ve accomplished. I currently run 3 fantastic bands and play for several fantastic groups as a trombonist. LA Marching Band is a professional marching band for hire in the greater Los Angeles area. We have played for conventions, private events and appeared in commercials and promos. I’m very proud of this group and can’t wait to see what the future holds for us. The Lady Lucks is an all women jazz group that plays in local venues and events. Recently, I took over Las Chikas, an all women salsa group. Our former band leader recently moved out of state, but before the pandemic this group was working a ton and I can see us on a great trajectory.

During the pandemic one of the groups I play in, the Urban Renewal Project, has been very busy. It’s leader, RW Enoch, developed a manga centered around the story of an African recruit into the ancient Roman Legion. Inspired by this story, he wrote music for an instrument the Legion used in battle, a brass instrument called the Cornu. He found a company who makes recreations and I learned to play it. It’s featured in a 7″ vinyl that comes with the comic book and one of the sides has a feature with Vic Mensa. It’s called Posse Comitatvs will be available only through Record Store Day on June 12th.

My personal CoVid project has been to challenge myself in several areas by producing multitracks videos and releasing them on my YouTube channel. This has stretched my arranging, audio recording, audio editing, film recording & film editing skills incredibly. I’ve picked some of my favorite songs that I thought could work in this format. Please check them out, they are super fun! 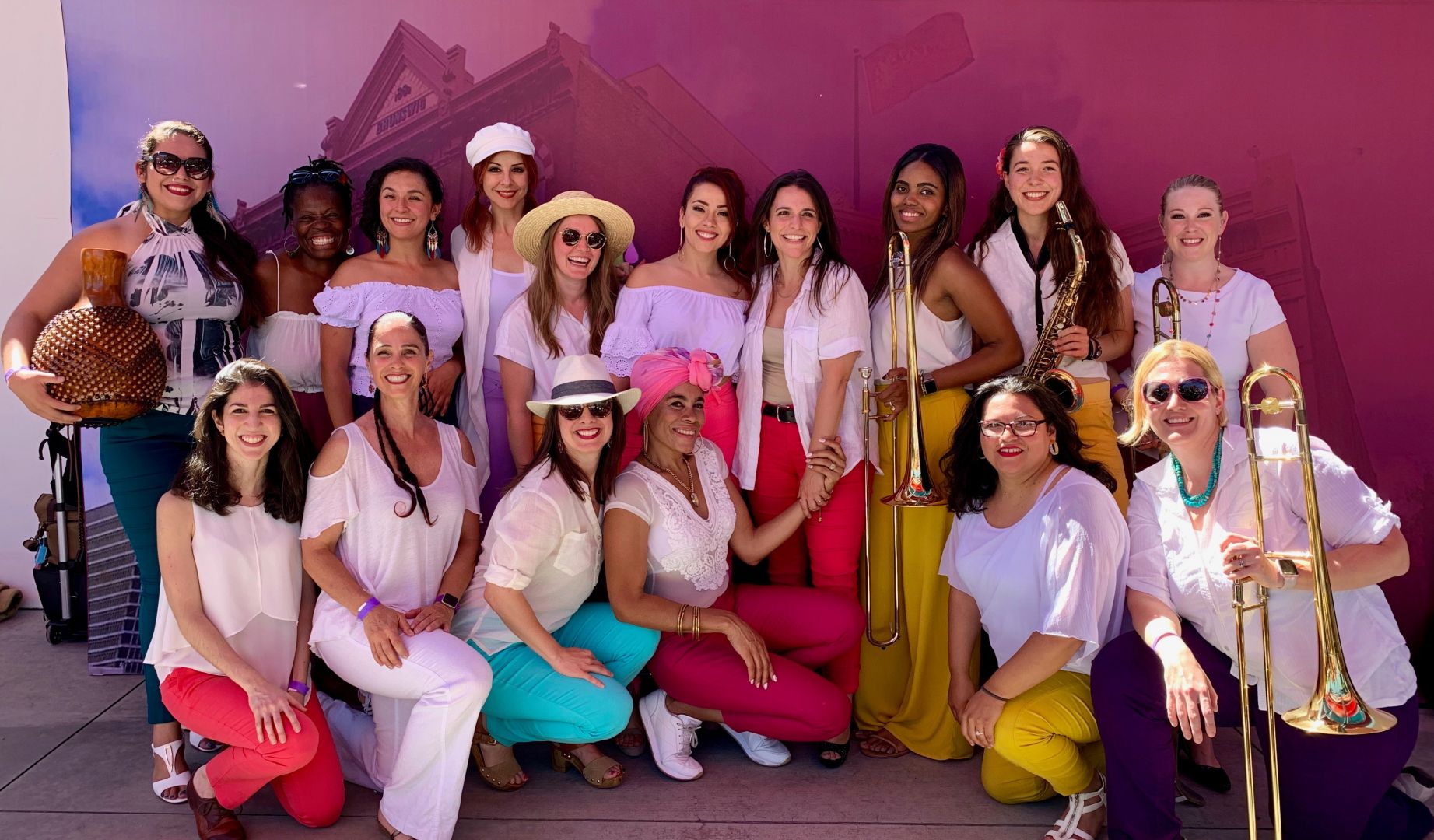 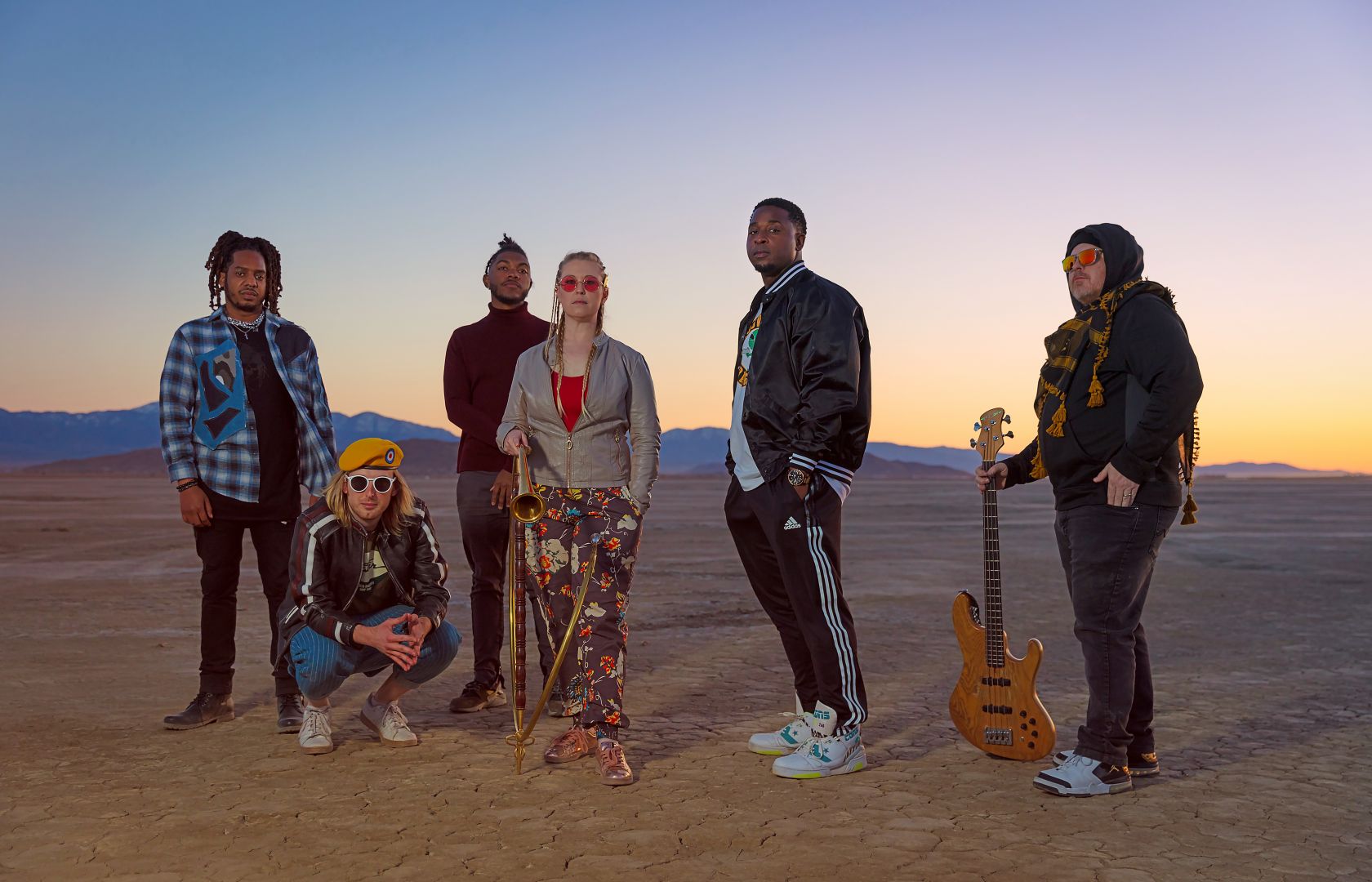 Let’s say your best friend was visiting the area and you wanted to show them the best time ever. Where would you take them? Give us a little itinerary – say it was a week long trip, where would you eat, drink, visit, hang out, etc.
Well, I’ve got to start with Disneyland. I can tell that for those who grew up here Disneyland doesn’t have the same appeal that it does for outsiders like myself, but it truly is a magical place. I feel truly honored to work there and even being around it so much hasn’t taken the shine off for me. Carthay Circle is my favorite place to eat there, they even have seasonal menus to utilize what’s fresh. Honestly, I would suggest Universal Studios too. Pretty much only for Harry Potter world. They did such a good job of making it seem just like the movies/books. And of course, the butter beer is sugary deliciousness.

I would suggest next the Huntington Library and Gardens. It’s just gorgeous. It’s a fantastic way to spend the afternoon outdoors in nature. I could spend hours there. The Descanso Gardens are also a great pick for the same reason, and often less crowded. Both the Getty and Getty Villa are incredible for the same reasons too. Although these would be better on a hotter day since you can stay mostly indoors. And if you go to the Getty Villa, you could drive down PCH and grab some food at Duke’s in Malibu. Food’s pretty good and the view is unbeatable.

Anything in the Staples Center is must. I probably prefer a Kings game, but the basketball games are great too, even the concert events. The building itself is at the heart of the city and can be a great excuse to check out all the bars and restaurants in the area.

If you like sushi, but maybe less traditional and like rolls better, Makoto in Encino is my favorite spot. Prime Pizza (locations near the Grove and little Tokyo) has the city’s best pizza. One of only a few spots where you can actually grab by the slice. And Tatsu (locations in Little Osaka and Melrose) has the best ramen! 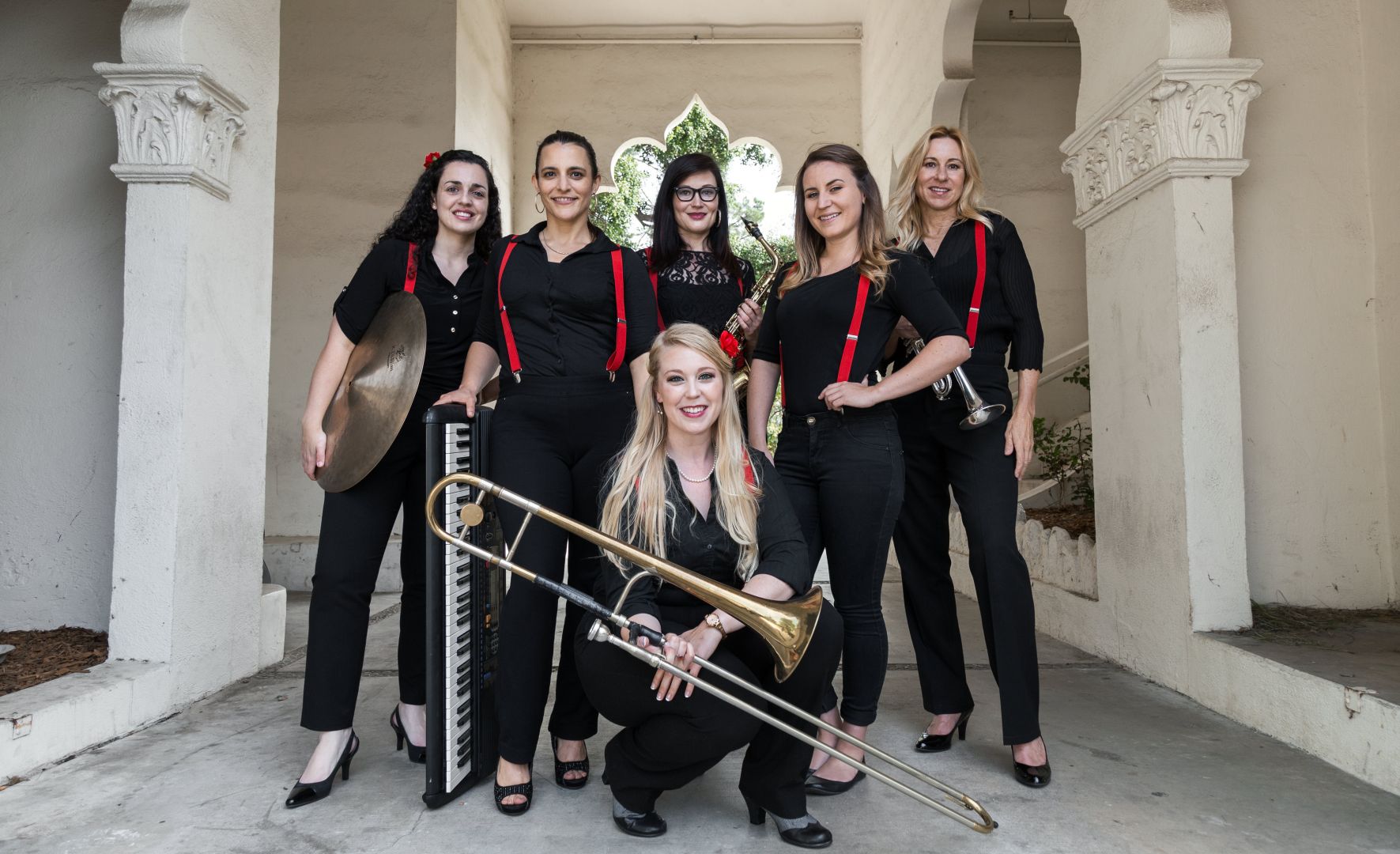 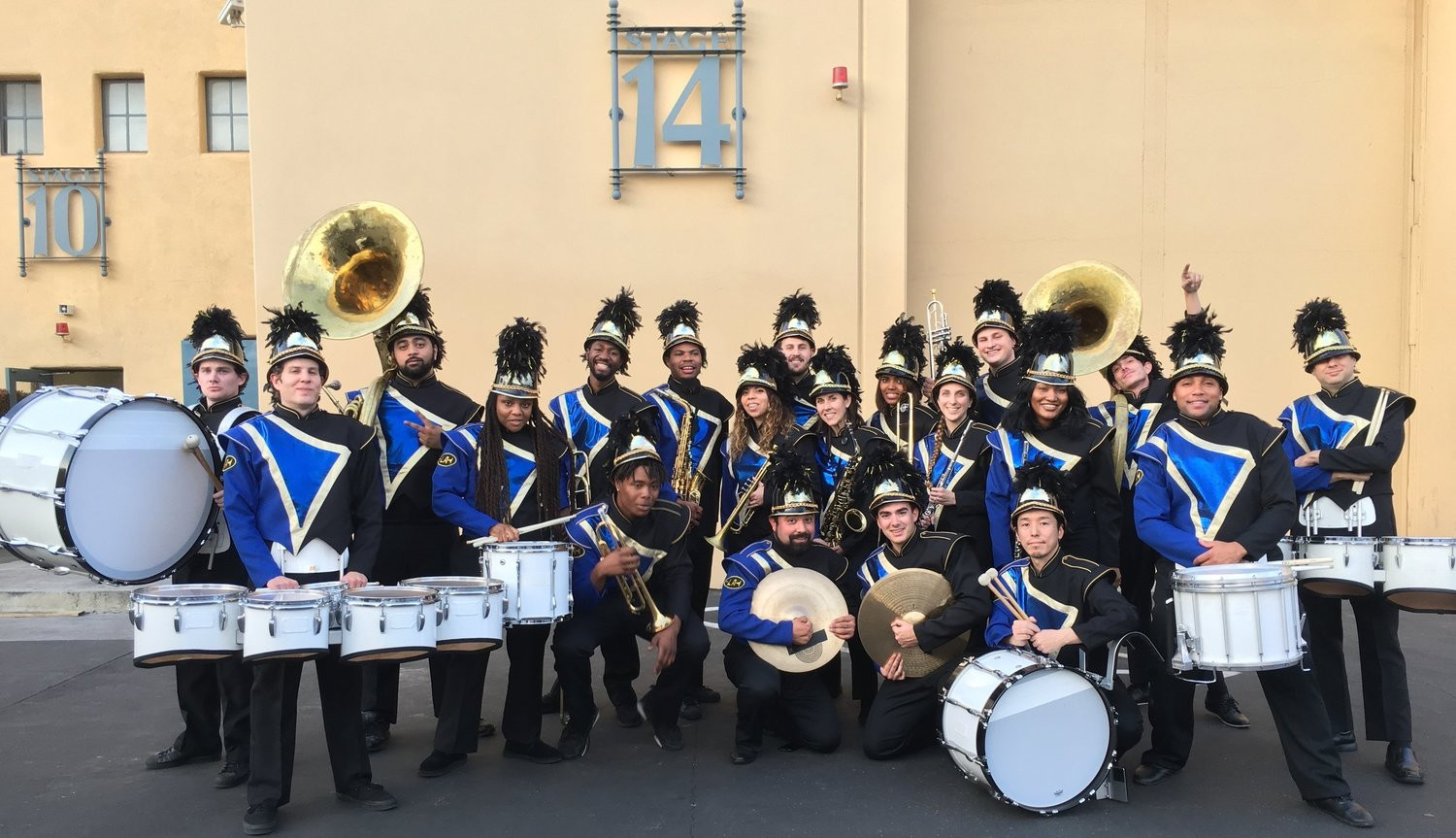 Shoutout is all about shouting out others who you feel deserve additional recognition and exposure. Who would you like to shoutout?
Man, there are a lot of folks who have helped my on my journey. I’ll start with my parents, but after that Denis Jiron got me into the salsa scene when I first moved here which really help shape my career. After him, RW Enoch and Robert Todd really helped motivate me to start LA Marching Band. 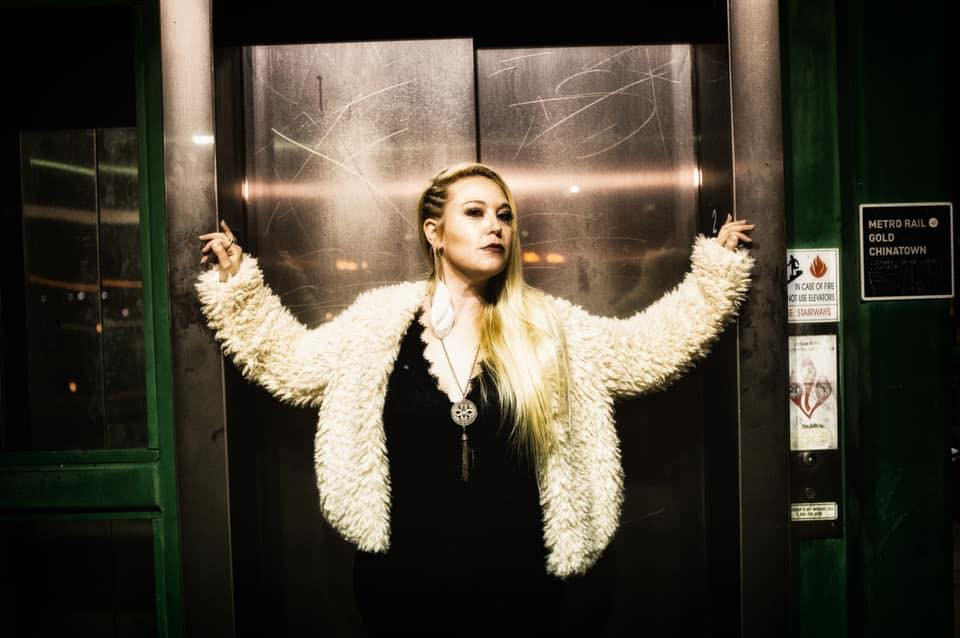