We had the good fortune of connecting with Louise Fogerty and we’ve shared our conversation below.

Hi Louise, why did you pursue a creative career?
I’ve always been a storyteller, and I’ve always been drawing for as long as I can remember. It was a childhood dream of mine to create my own comics or my own series one day, and whilst I had many interests and passions, I was at the heart of all that, an artist. Going down an animation and comics rout has enabled me to draw from my interests, create what I love, and give something entertaining and often informative back to the world on topics and subjects which are valuable and important to me. Creating art and stories to be enjoyed by many is extremely fulfilling, and I could never see myself doing anything else. 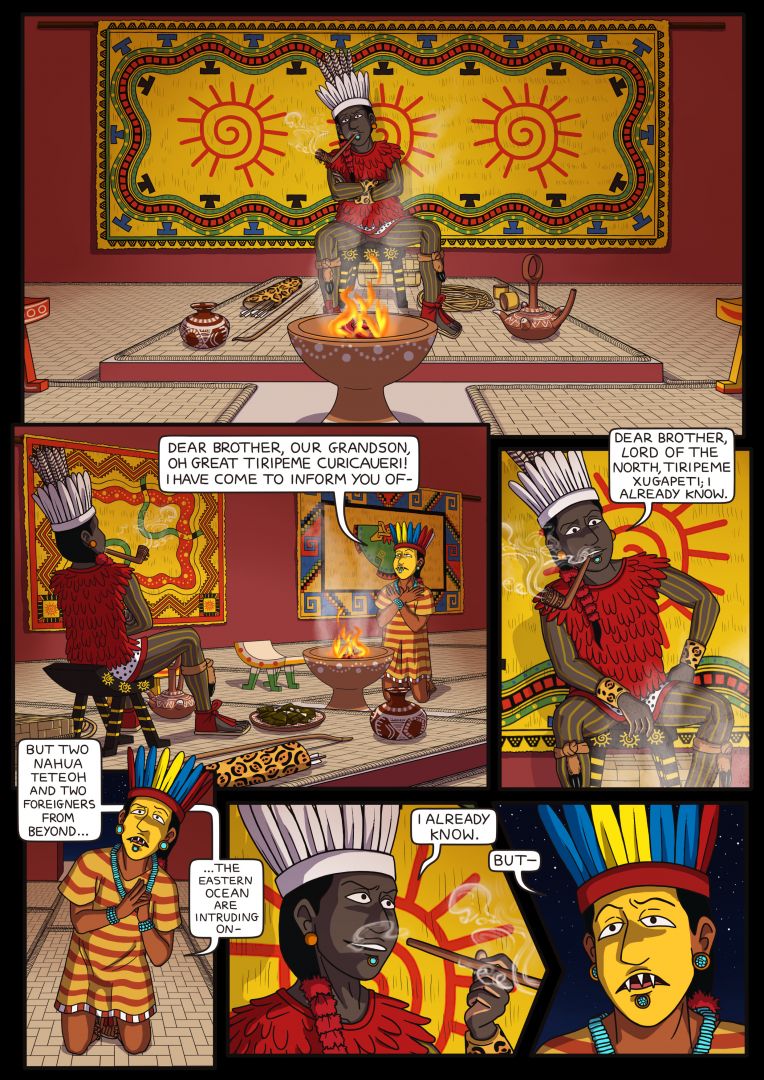 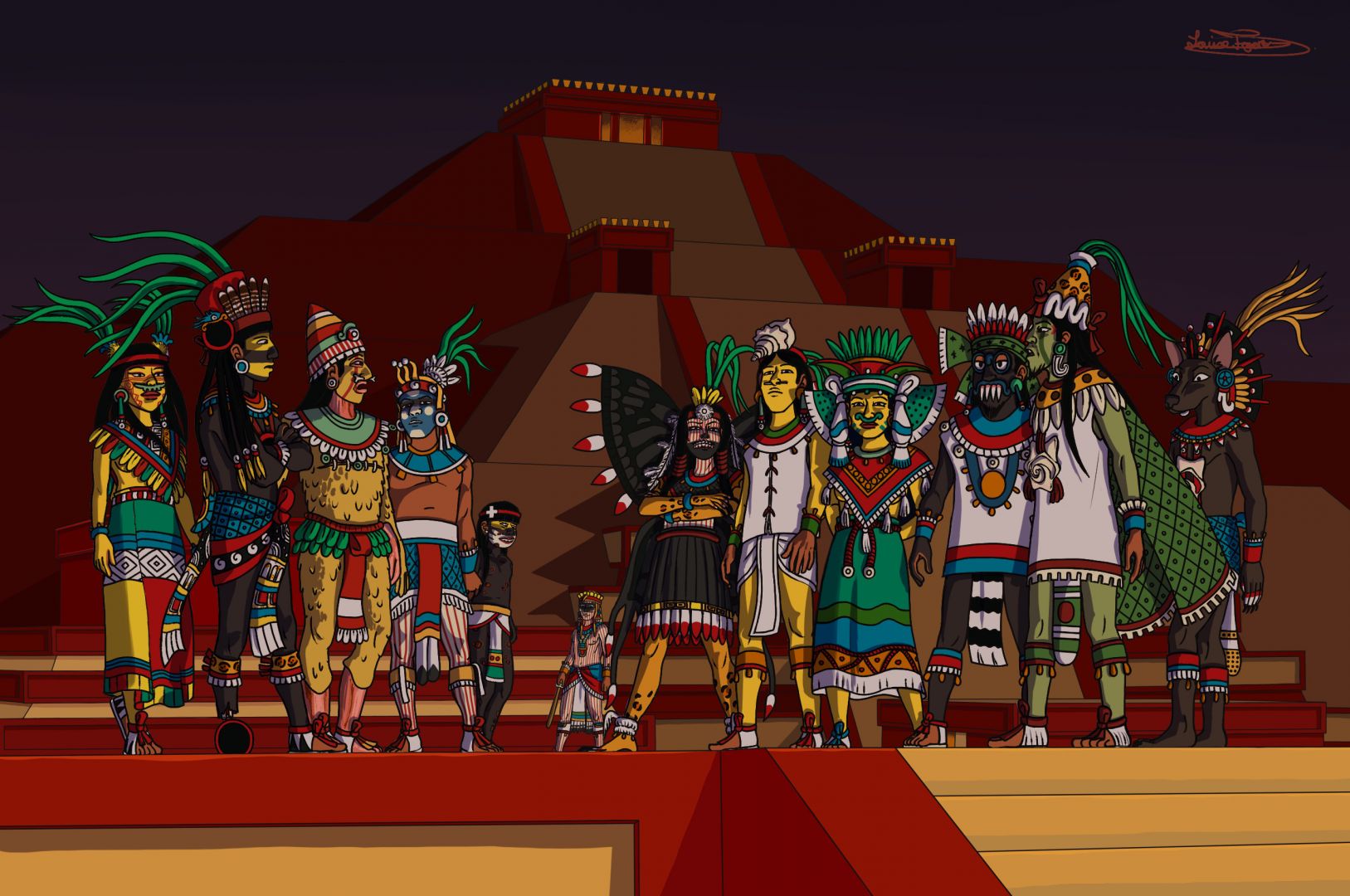 Let’s talk shop? Tell us more about your career, what can you share with our community?
I am the creator of an online graphic novel called “Rey Sol Tonatiuh”, an urban fantasy set in modern day Mexico that is steeped in Mesoamerican mythology and Mexican lore. It follows the story of Yohualtzin, a burnt out literature student with a hidden magical bloodline, and Tonatiuh, the fallen Aztec Sun god who seeks to regain his throne to save his era and in turn humanity, in the wake of the Mexican conquest.

I always wanted to create a mythology comic. Mythology and history have always been something that captivated me greatly, even more so if care and research were applied to honour the source material. Aztec mythology and Mesoamerica in general is a great interest of mine, yet even today, it is rare to see it accurately depicted or free from often unintentional harmful stereotypes.

When I first started drawing little comic strips of the Aztec gods, and uploading them to the platform I used then, DeviantArt, I was one of only a handful of niche Mesoamerica artists present at the time, and my art began to attract a largely Mexican audience. It was then that I started taking it all a lot more seriously, and on connecting with others and delving a lot deeper into the subject matter, I realised how tragically lacking, poorly depicted, and underappreciated Mesoamerica and its rich stories and people were. Being half English, half Swedish, I had grown up by contrast, with an abundance of beloved tales of Norse mythology and the like in all forms of media. I loved Aztec mythology, and I hoped through my art, that my love for it could shine through to both entertain and inspire others to pick up their history books and fall in love with it too.

In 2017, during my final year of animation school, I decided to make my graduation film on the Legend of the 5th Sun, which was premiered in LA at the Latino Comics Expo animation festival. I wanted to create a faithful animated version that was fun, humorous, and in the spirit of combining the Aztec myth and its nuances with modern story conventions. I collaborated with fellow Mesoamerica artist Daniel Parada for the backgrounds to bring the setting of Teotihuacan to life, and worked with Arkhanoth for the soundtrack, a Mexican musician who uses indigenous instruments in his compositions. Creating this animation in the UK, I found myself stubbornly resisting suggestions during development that changes be made to the original story that I thought strayed from the heart of it. I noticed I had run into a deeper pattern that exists across almost all depictions of indigenous people, surrounding cultural norms which are in conflict with western sensibilities; all too often, accuracy is thrown out of the window, western morality is inserted, and bare chests are covered up for the sake of being more palatable to a modern audience.

Research, respect, and attention to detail are firm values of mine, and challenging the westernisation of how we tell these stories, and in turn judge the peoples and cultures that they belong to, is something I try to uphold in my art. My current graphic novel “Rey Sol Tonatiuh”, co-written by Mexican writer Juan Manuel Colín Monroy, serves as both a love letter to Mexico, inspired heavily by my travels there and by the wonderful people I shared my experiences with, and an explorative culture clash between the Mexico of old and new. 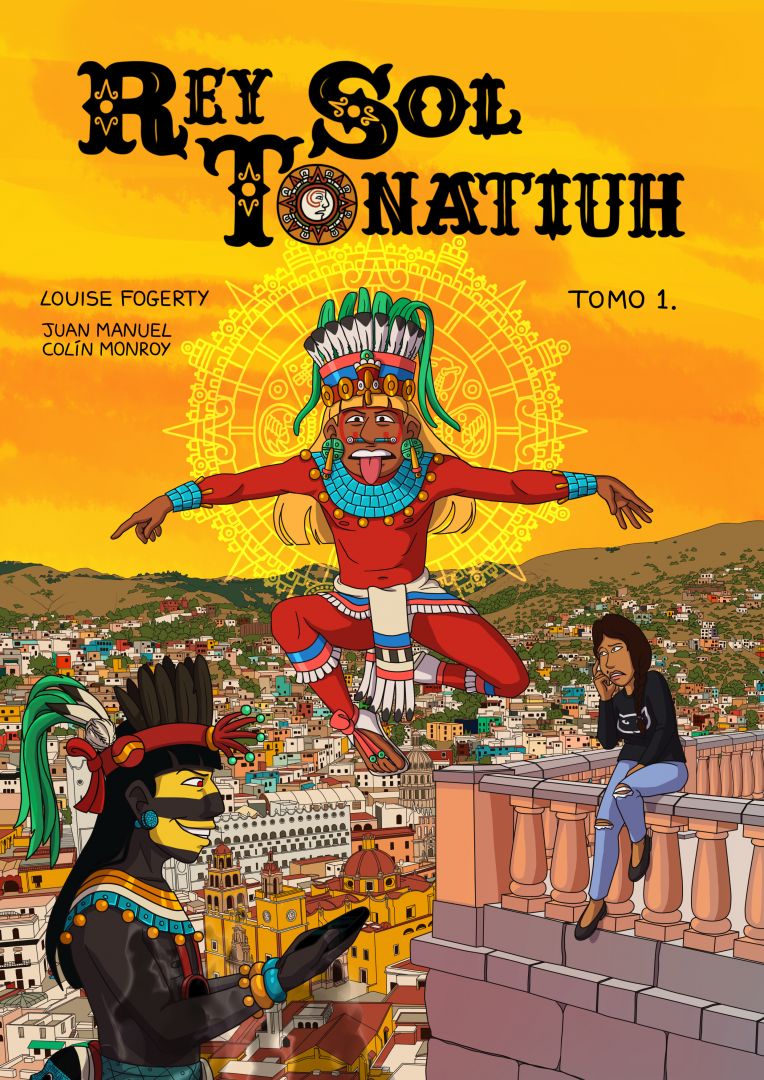 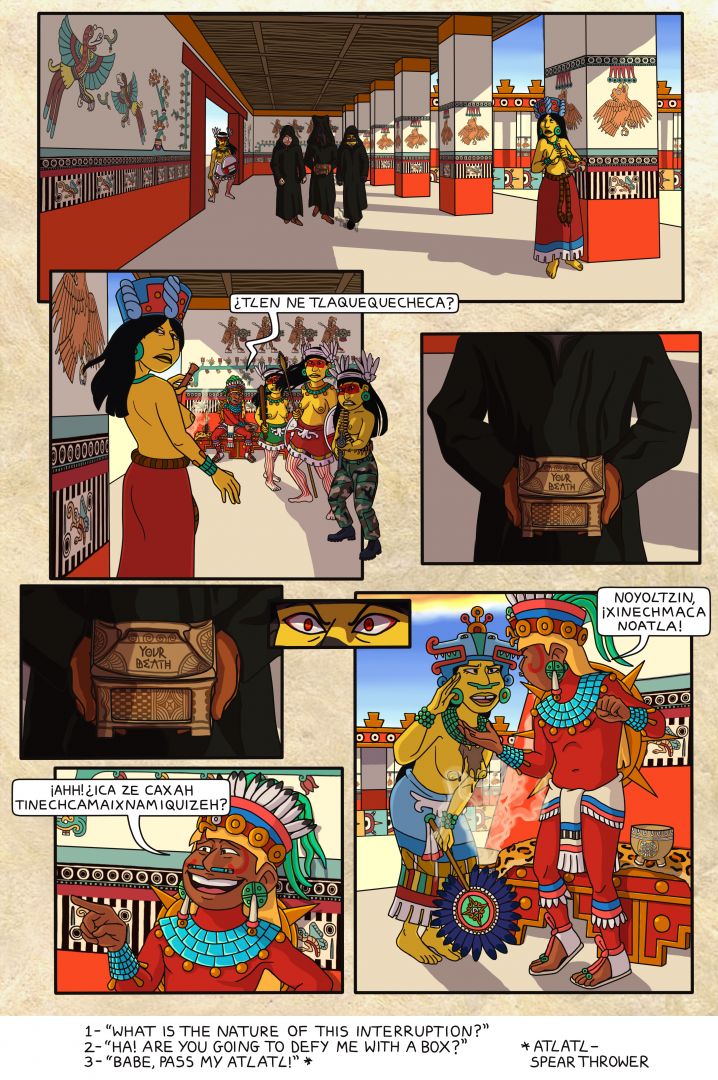 Let’s say your best friend was visiting the area and you wanted to show them the best time ever. Where would you take them? Give us a little itinerary – say it was a week long trip, where would you eat, drink, visit, hang out, etc.
I would have to show them LACMA – A trip to such a cultural hub is incomplete without taking full advantage of some of the fantastic museums on offer. 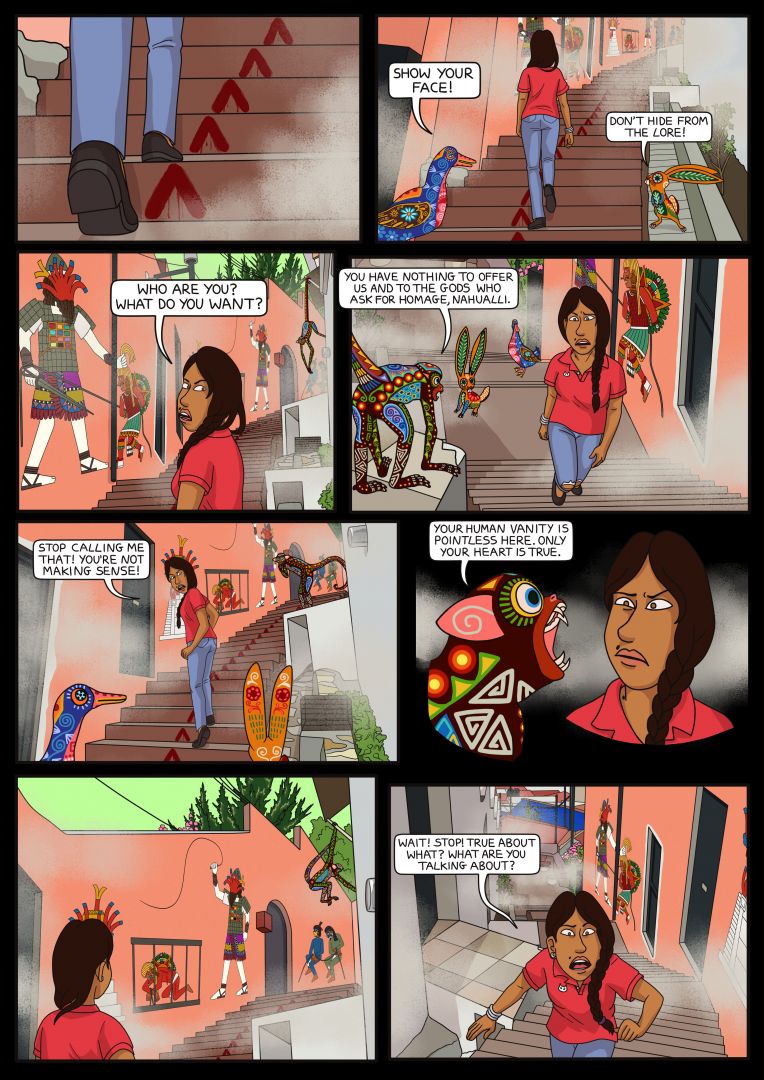 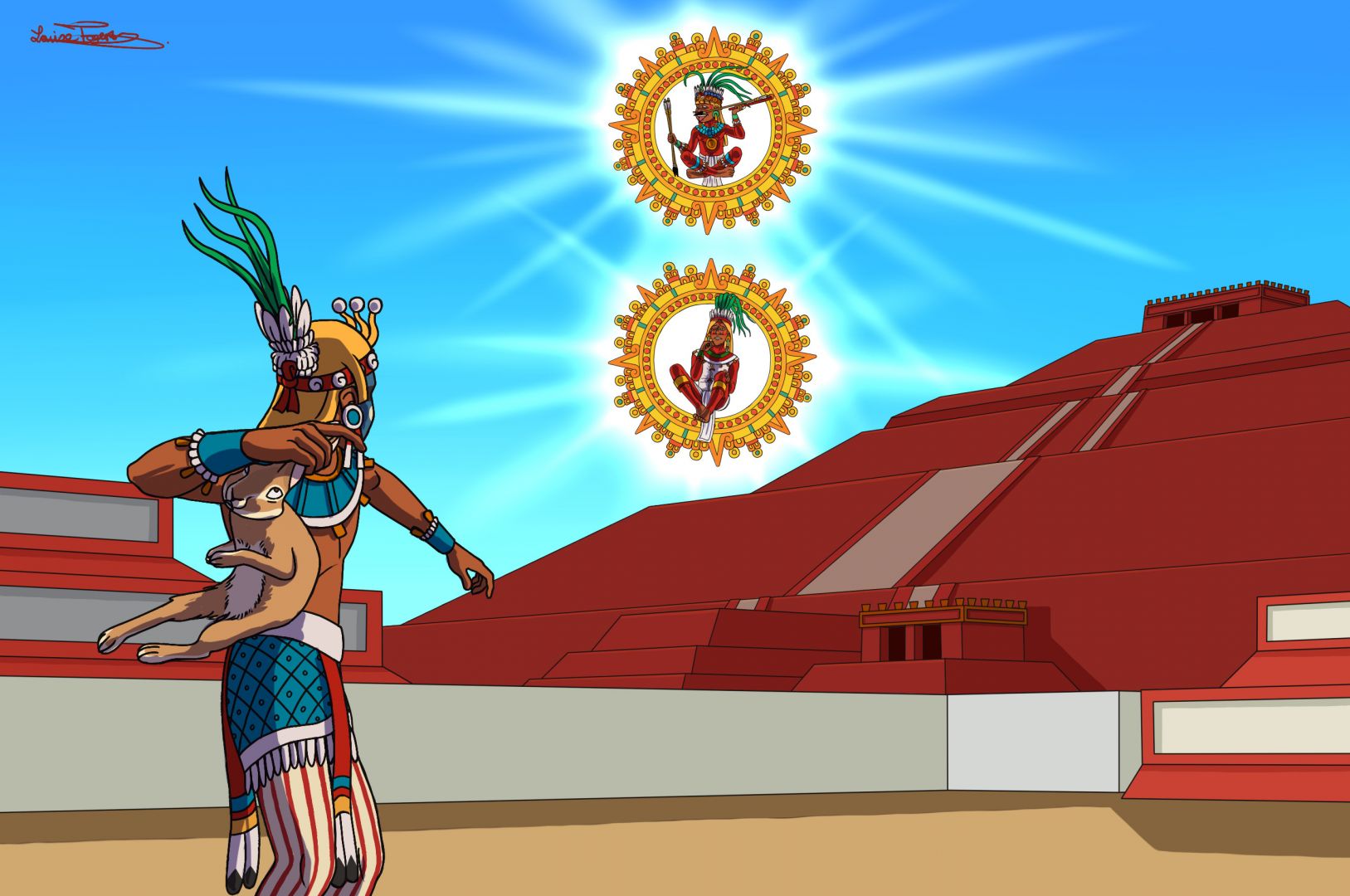 The Shoutout series is all about recognizing that our success and where we are in life is at least somewhat thanks to the efforts, support, mentorship, love and encouragement of others. So is there someone that you want to dedicate your shoutout to?
I must give my wholehearted gratitude to fellow comic artist Daniel Parada, with whom I share many passions, a dedication to research, and who has introduced me to several creatives in the Mesoamerica art community who I would otherwise never have met. 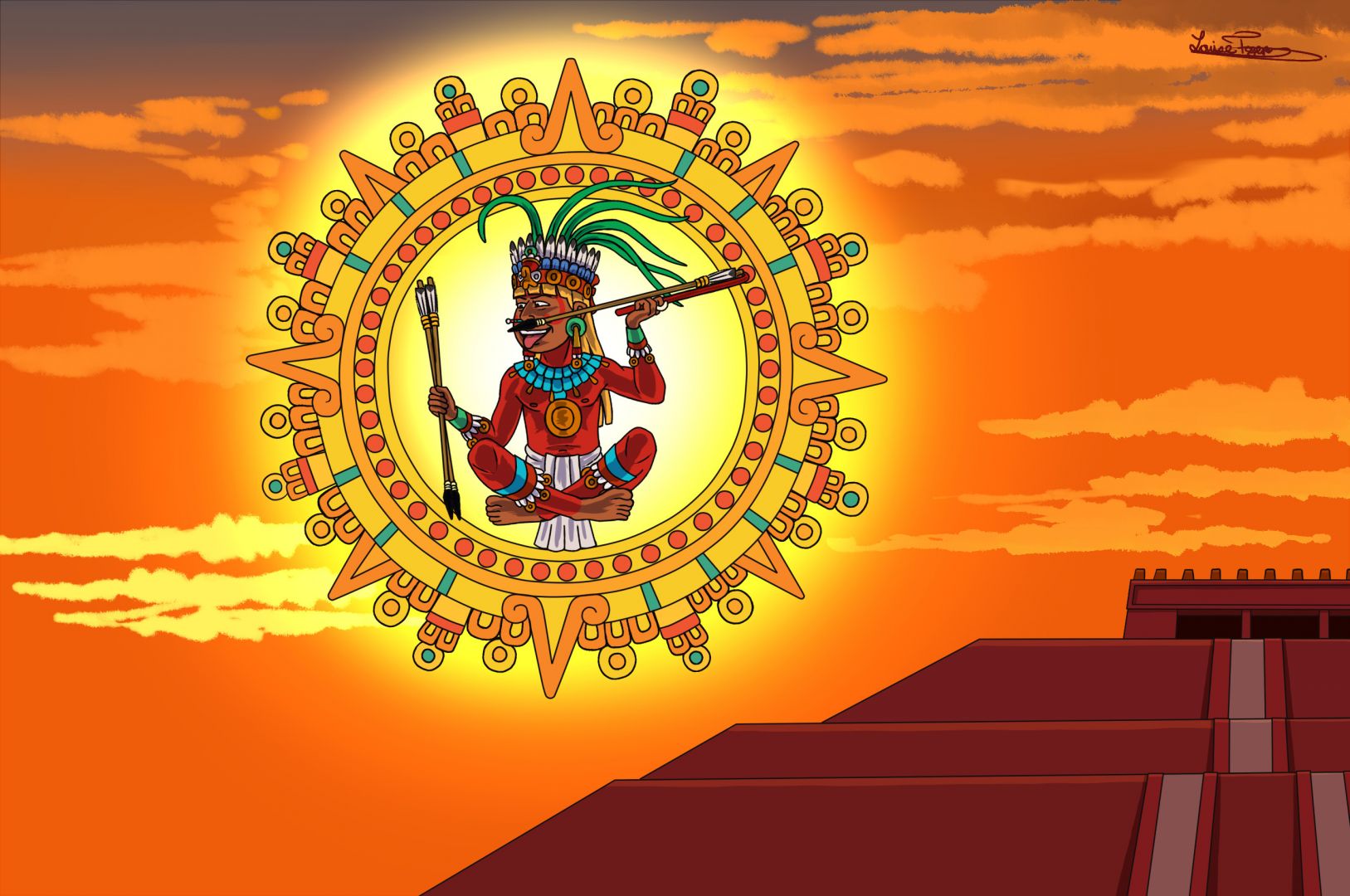 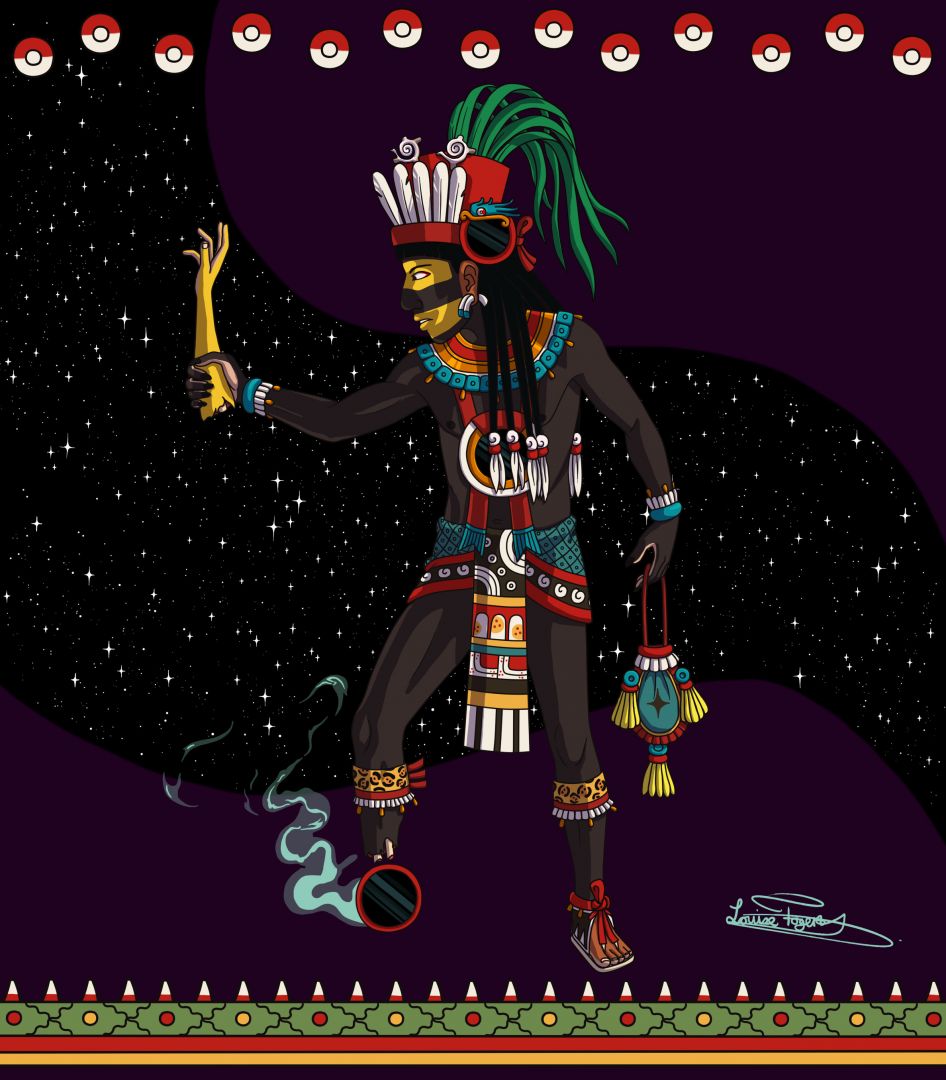