We had the good fortune of connecting with Danny Cano and we’ve shared our conversation below.

Hi Danny, what led you to pursuing a creative path professionally?
I decided to purse a career in the arts, primarily as a means of connection. Growing up I was an incredibly shy child that sought solace in things like films, comic books, music. I was a shy little kid up till 5th grade where I discovered that I liked to make people laugh, I became a class clown and from than on I felt I had purpose and finally I felt I had value rather than never being seen. I pursued all artistic endeavors that I had a passion for with reckless abandonment, from music to podcasting, to acting, to film making. I realized I had a talent for showcasing unique stories and perspectives in my writing, and films, and I think it comes from growing up always being a constant observer. This is why I feel people from under represented communities make for great storytellers because we are so often either never represented on screen or are shown as a gross caricature, that we’ve spent a lifetime studying others portrayed as complex individuals and rather than take it for granted we now know how to structure stories and character development. I spent all my early childhood dreaming of becoming the person I am today. I create my art as a way of showcasing who I am as a person, and as a way of connecting people and bringing people together. Overall I feel my greatest strength as a Director and leader is that I love collaboration. I feel that we as humans are so complex and beautiful in all our wonderful ideas and backgrounds that rather than being singular in any approach the greatest ideas come from everyone coming together as a team. Its why I named my whole brand under the Indestructible umbrella, from The Indestructible Podcast, to Indestructible Productions. 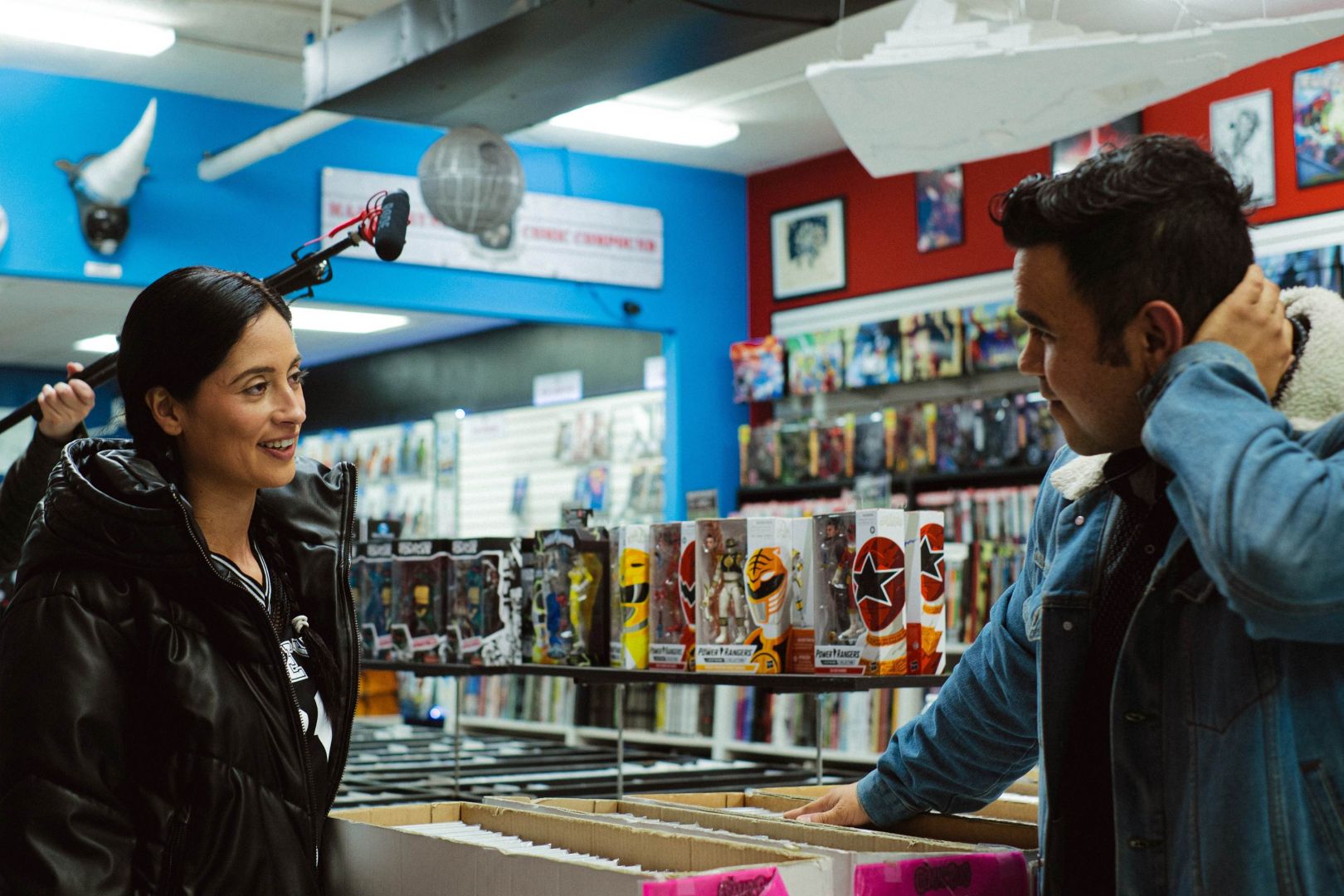 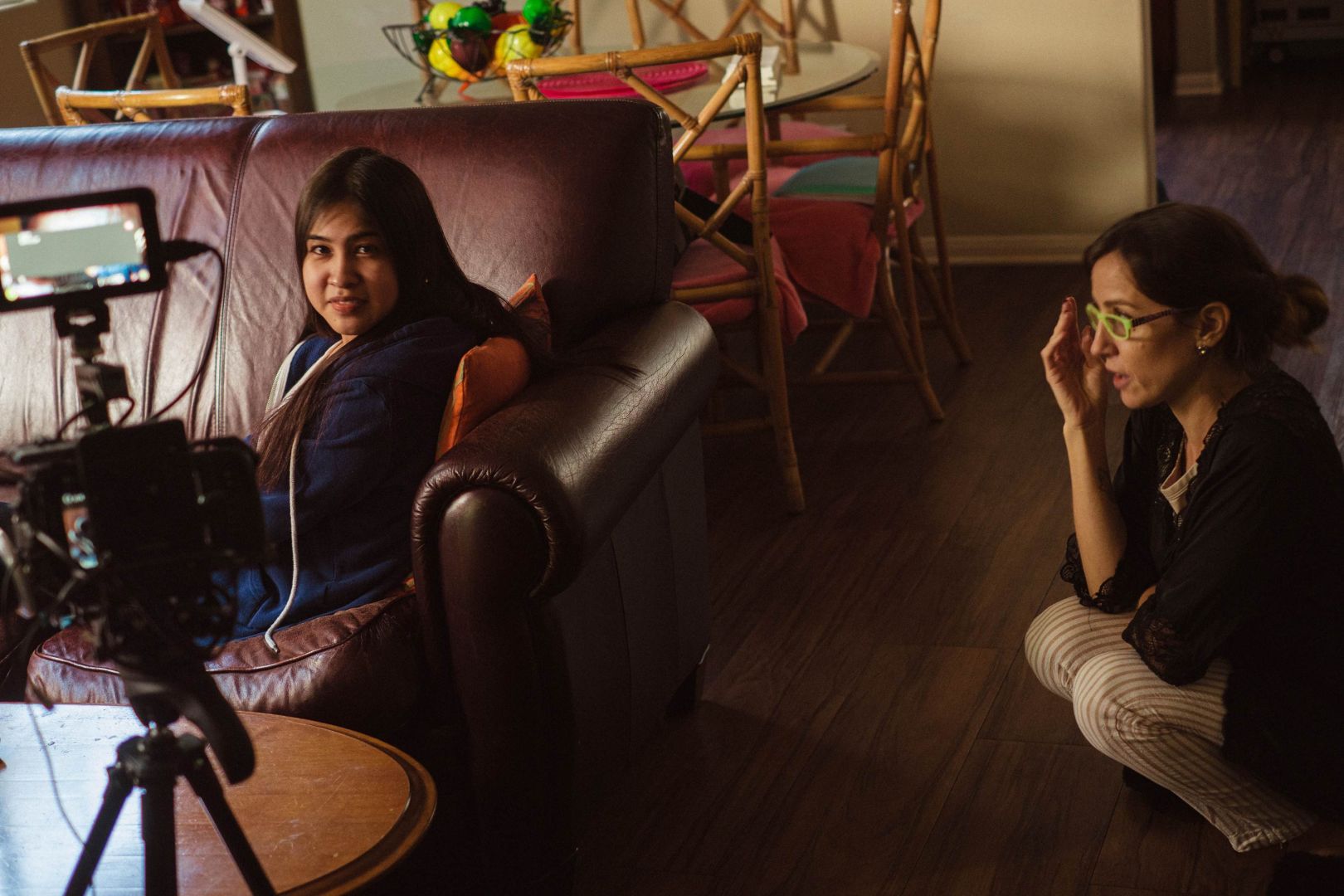 Can you open up a bit about your work and career? We’re big fans and we’d love for our community to learn more about your work.
My proudest accomplishment has been in becoming a successful business owner and Director with Indestructible Productions, a independent production company that I founded and am a co partner with Daniel Leiva. I have been able to create various short film and music video projects that I have brought to life with incredible artists to help bring their vision to life. Fell free to contact me if you are in the Los Angeles area and are looking for a video production company to help bring your vision to life. email me at dannycano26@yahoo.com All of my hard work has culminated into the making of my first feature film The Fall.

The Film follows a young mma fighter Dewey Dominguez (Danny Cano) who dreams of being a painter, Dewey navigates a twisted world of crime, being a fall guy for the local mob. At the biggest fight of his life his first pay per view he is chosen to take the fall to the mob Boss Dominic Castiglioni (Hauk Hemdallsman) nephew Freddie Esposito (Kyle Schmidt) Dewey is all set to take the fall as he has decided that this is the pathway of his life until he meets Jennifer Reyes (Lucille Gutierrez) a beautiful soul who teaches Dewey to love and embrace himself and follow what he feels in his heart and not what society tells him to do. Overall the film is a metaphor for embracing ones inner self and who you feel you should be in your heart, despite what the world may tell you. The film has an incredible ensemble cast including Jose Rosette, Timothy Kennedy, Laura Olivier, Daniel Leiva, Leslie jimenez, Michael dumas, and Stephen Rodriguez. The Fall had been a passion project that I was working on for the past 2 years. Originally I had the idea of pitching the film to a big name production company but after a couple meetings I decided that for my first feature film, I felt I wanted to make the film Independently in the hopes of maintaining creative originality in the story and in the representation of several characters. The film has a diverse incredible cast and crew that includes premier Cinematographer Emmanuel Akinnitire, Boom operator Daniel Leiva, and me up and coming Writer/ Director Danny Cano.

The films underdog nature has followed in the making of the film as our small crew has come together to create some truly dynamic visuals and performances. I wanted to give an avenue to showcase fresh face talents that are incredibly inspiring and talented. It has truly been my honor to be their director and to assemble this incredible team that are truly Indestructible. Kyle Schmidt my costar and antagonist truly brings a cool yet stern James Dean esque performance to the role of Freddie that was exactly what I had envisioned for the role. He is also a fellow Director which I feel adds to our bond as costars in that we both can pre visualize a piece as we work together. He’s my brother in arms and at war as we both fully trust each other for the more heated physical interactions of our characters, there’s no one else I’d want in that mma cage looking across from me. The beautiful and talented Lucille Gutierrez shines as Jennifer, Lucille is a recent graduate of CSUN’s theater program and she brings an incredible warmth and spirit as Jennifer the heart and soul of the film. As my costar she has given incredible support in portraying our characters on screen relationship. Originally I had set out to find an incredible leading lady for the project and I ended up finding one as well as a wonderful friend, that I’ve been honored to see her growth at becoming a storyteller, she will do great things. I believe people will fall in love with Dewey and Jennifer (DJ) for years to come. One of my best friends Hauk Heimdallsman shines as Dom, me and Hauk had met at the infamous Viper Club rocking out to a band where we ended up chatting it up and hanging out afterwards to Jam. Hauk is truly a golden soul who gives constantly to so many people there’s a reason he is a legend and is so well known on the sunset strip as he shines both as a person and an artist. It was incredible collaborating as a producer on my recent recording of 5 new singles to this film.
his intelligence and power shines in the film as well as life. Another of my best friends and constant business partners Daniel Leiva brings Rico Lee to life. Daniel is a calm wise person who truly has a love for the arts that I love to help foster, Daniel was there with me in the beginning of indestructible productions where we began from humble beginnings filming club shows in LA to now, something I’ll never forget. The powerful Jose Rosette rules as Hector, the father figure in the family. Jose was an incredible collaborator and it was an honor to work with him and have him bring my vision to life, he is such a powerful force on screen and a wonderful soul in real life. The lovely and inspiring Laura Olivier brings Maria to life, the mother figure of the film. Laura’s incredible performance shines as she gives power and love to Maria, she is such a beautiful soul in life that charisma shines off her on screen. as an incredibly open collaborator she is immensely versatile and I can’t wait to see her bring many characters to life. The kind and talented Michael Dumas brings Mike Rossi to life. Michael dumas has such an instant charisma that is was an easy casting with his character, As Rossi he brings such fun vibrant energy that will have the audience smiling form head to toe. Michael has also assisted with helping to hire extras as well as a makeup artist. When Michael’s on set I know all takes will leave me with a smile. My old high School friend and Viral Star Timothy Kennedy brings humor to Bruno Jackson, Tim has such a natural comedic touch which he has used to establish a large online presence that the role was essentially written for him. We had met and performed theater in high school, and we would always chat about working on a film together. Tim’s charisma is so fun I can’t wait to see him in leading roles in comedy films. The sweet and humble Leslie Jimenez plays Minnie the sister. Leslie is a newcomer to film but she brings a shining youth to the role, She would be perfect as the lead in a Nickelodeon series. Finally the powerful and Kind Stephen Rodriguez plays Joey the enforcer. Stephen is so kind and warm in real life that seeing him portray menace on film was a warm surprise, Steve is also a phenomenal visual artist who routinely assists with developing artist graphics for Indestructible Productions. Steve’s warm soul has left an impact on me that I will always remember. 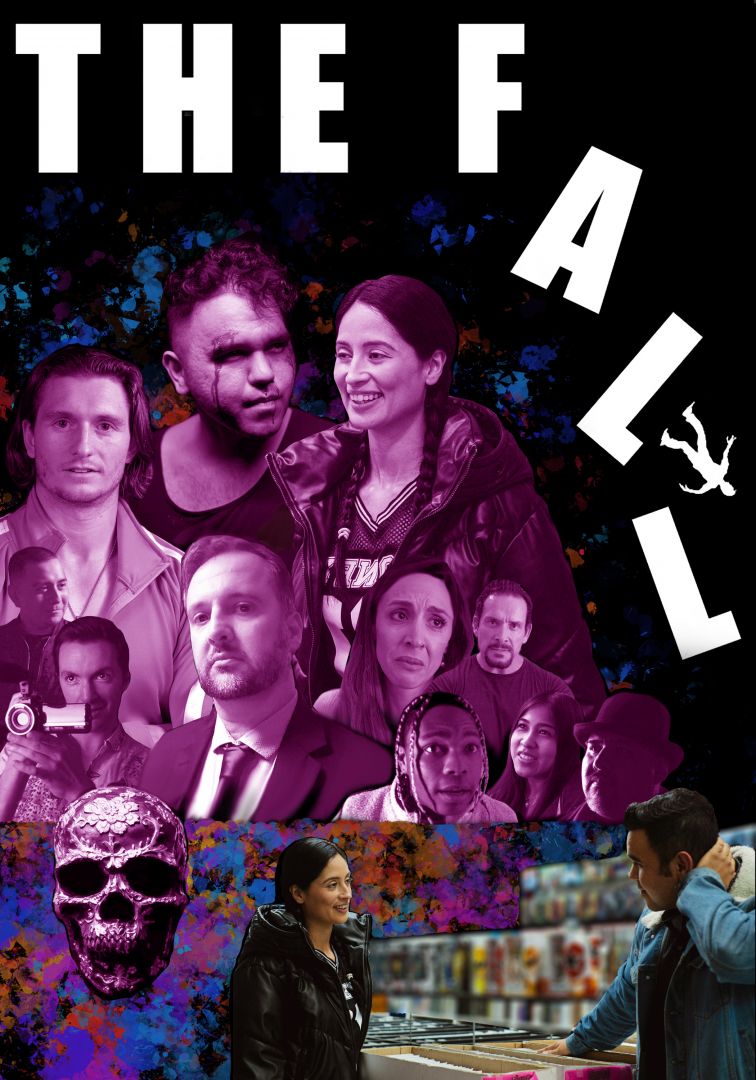 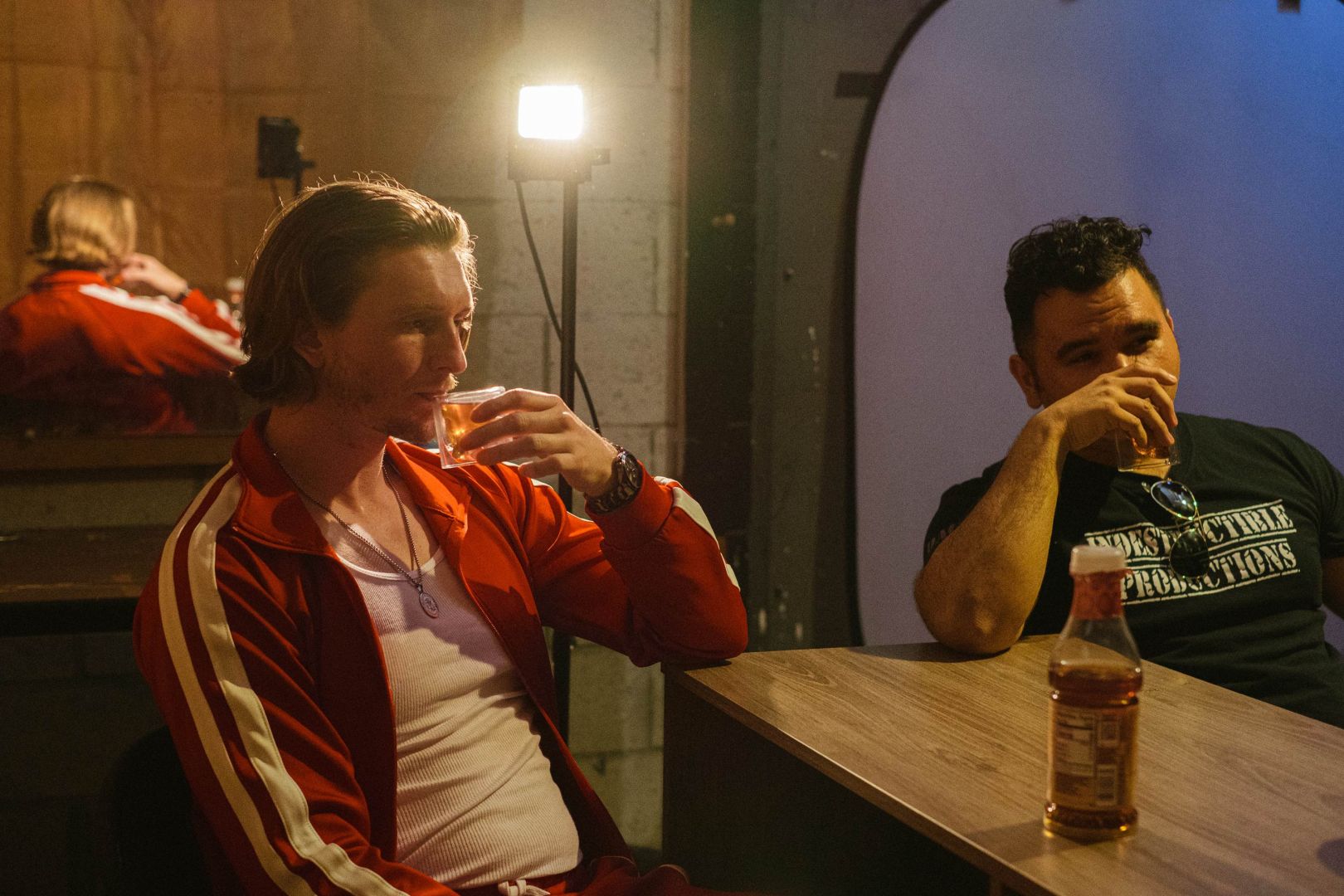 Let’s say your best friend was visiting the area and you wanted to show them the best time ever. Where would you take them? Give us a little itinerary – say it was a week long trip, where would you eat, drink, visit, hang out, etc.
Some of my favorite places in the city have been some of our featured locations we filmed at. Including the Theater of note, and the Comic bug in Huntington park. 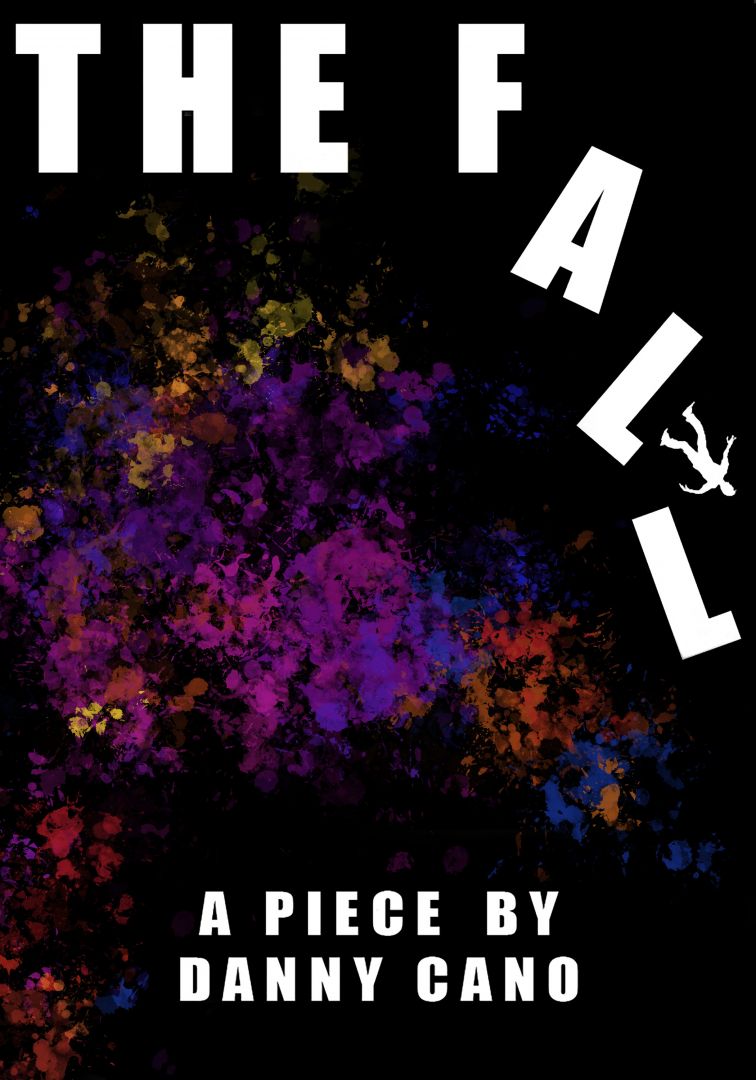 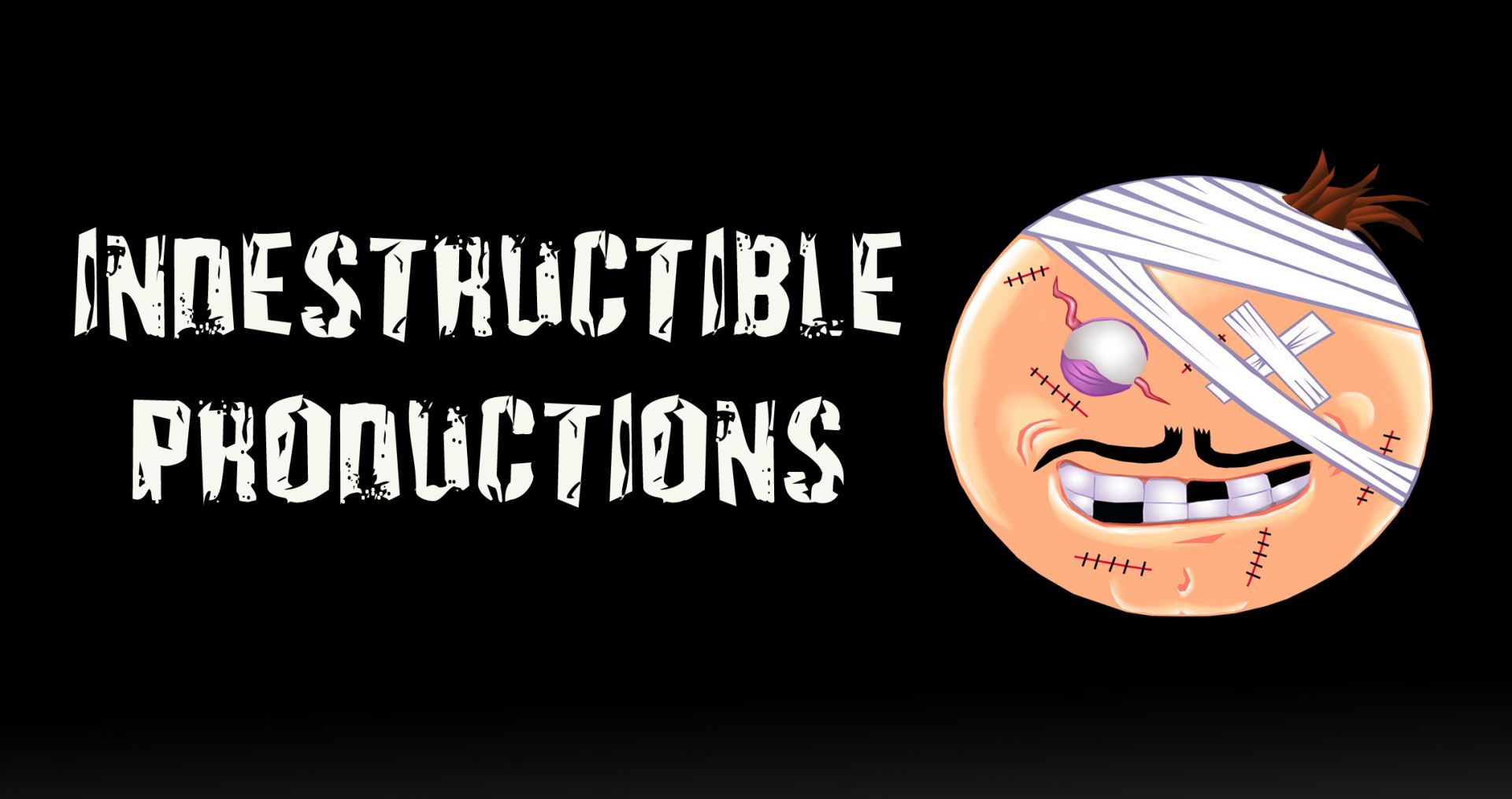 The Shoutout series is all about recognizing that our success and where we are in life is at least somewhat thanks to the efforts, support, mentorship, love and encouragement of others. So is there someone that you want to dedicate your shoutout to?
Definitely one of the key people that has made an impact on me would be the film Director I was lucky enough to work with on my last film project, Victor Aguilar. Victor had given me my first on camera leading role, that I felt was exactly what I was fighting for up to that point, I had started my podcast The indestructible Podcast the year prior and was looking to build up my brand as a creative, and started actively pursuing acting on camera, after taking a couple years off to soul search and find who I wanted to be as a person. After I realized being a storyteller was in my heart and part of every fabric of my being, it sort of seemed like things began to happen quick, I started my podcast, played live music shows at indie Los Angeles clubs, to starting up my own successful independent production company Indestructible Productions, and was cast in Victors short film as the lead actor as well as becoming an associate producer on the project. I learned so much from victor and most importantly was inspired at film making at the independent level, which is what inspired me to finally begin work on Writing / Directing and starring in my first feature film The Fall. 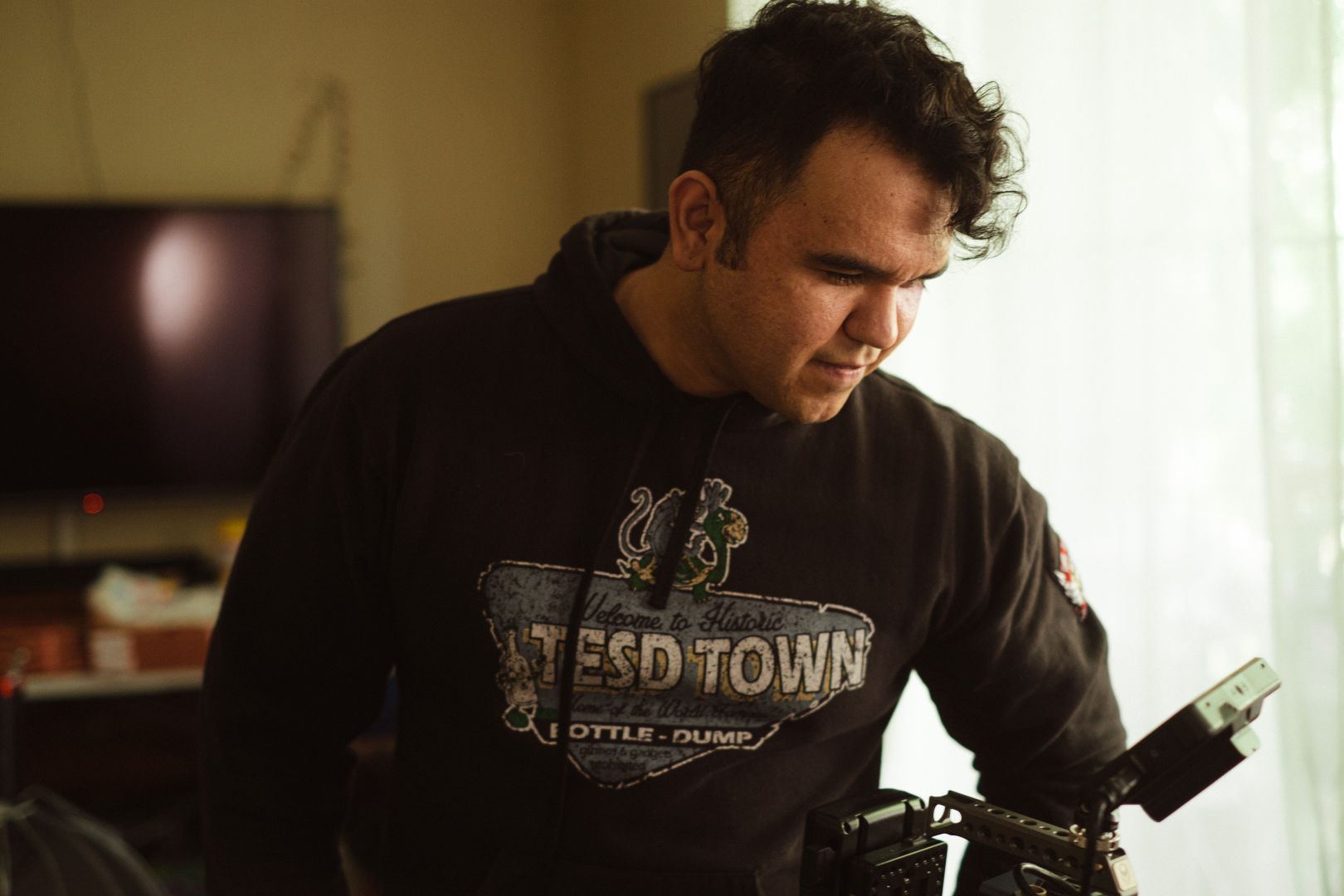 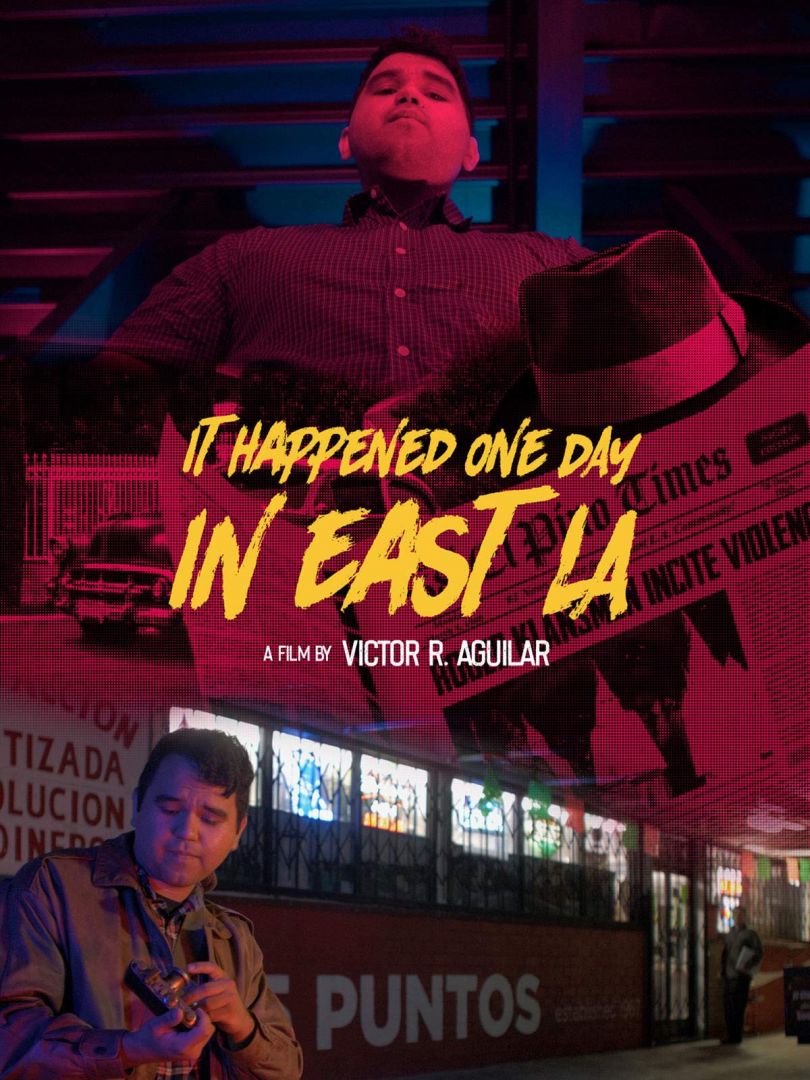