We had the good fortune of connecting with Marcello Reyes and we’ve shared our conversation below.

Hi Marcello, what do you think makes you most happy? Why?
What makes me happy. Is entertaining people and making people laugh like my family, my friends and my fans. Whether they are watching me on a tv show or in a film or on stage in a play/musical or I’m playing guitar for them, or watching me from the stands playing against another team in baseball or watching me perform my karate techniques at the dojo, all of these activities are all forms of art and being an artist and entertaining to me.

I get a sense of happiness and fulfillment in my heart, when I see happiness on the faces of my family, friends, and especially my fans. Their smiles of appreciation makes me want to perform for them in all activities even more. 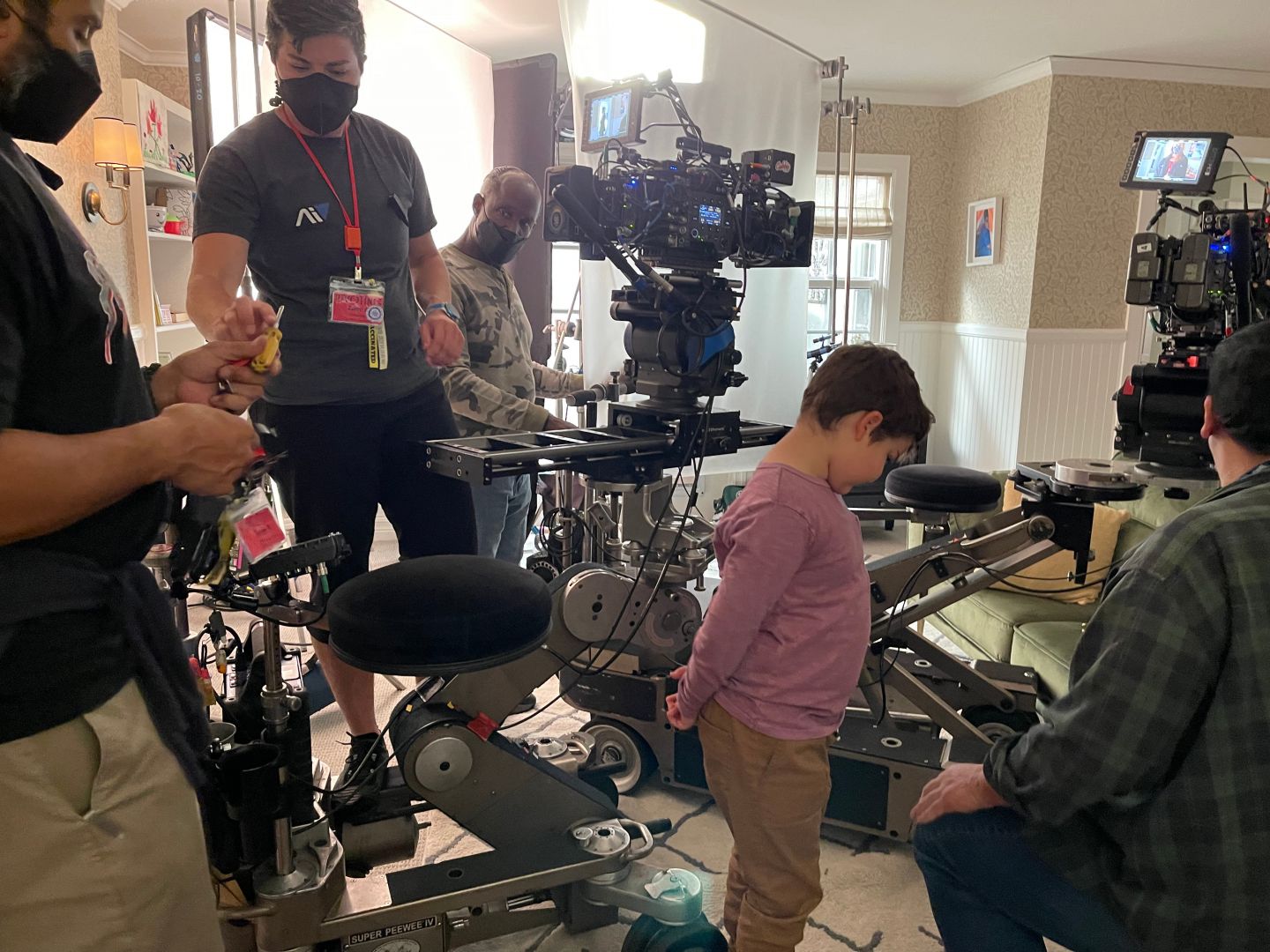 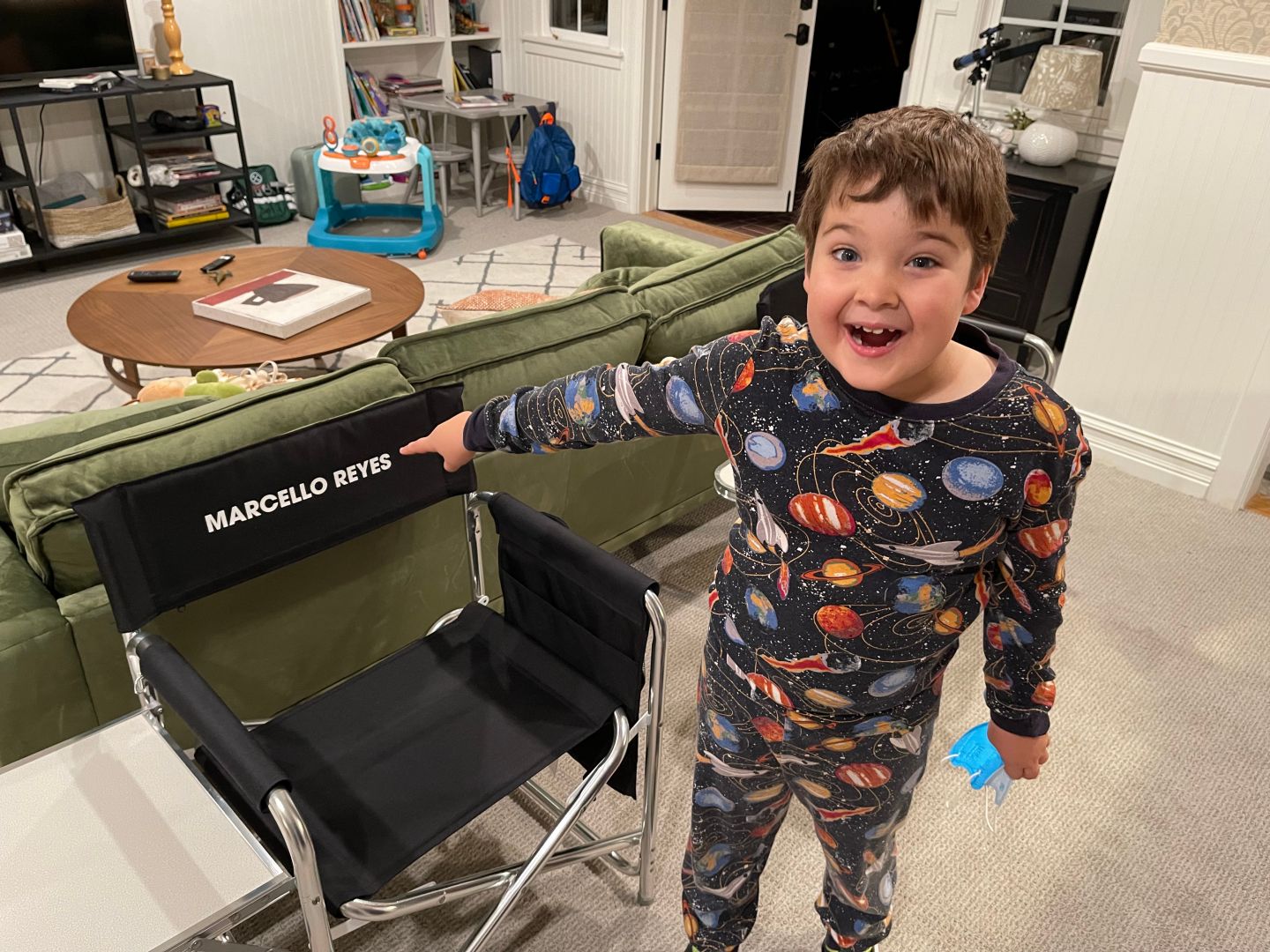 Alright, so let’s move onto what keeps you busy professionally?
I began my professional acting career in 2018 at the age 5 on the ABC hit rockumentary television series “Modern Family” My recurring role debuted during season 10, portraying the character Calhoun Johnson aka “Baby Cal”. For my work on Modern Family, I was nominated in 2019 for Best Performance as a recurring role in a TV Series at the Young Artists Awards.

In the beginning of 2020, I booked a supporting role as the long time fan favorite character “Stilwell Sugar” in the Amazon reboot of “A League Of Their Own,” where I was able to really show off my comedic chops and go head to head with comedy actress and show runner Abbi Jacobson. Shortly after, I booked a supporting role as “Fred”, the son of actress and film Director Olivia Wilde, in the New Line Cinema and Warner Brothers psychological thriller feature film “Don’t Worry Darling”, scheduled to be released in theaters September 2022.

While filming Don’t Worry Darling I found out I landed my very first Series Regular role in NBC Universal / Hazy Mills new situation comedy “Jefferies” where I would be playing the character “Walt” the son of comedian Jim Jeffries. But due to covid I was contractually placed on hold for a year until all of us actors were released in December 2020

At the end of 2020, I landed my second Series Regular role in the new Kapital Entertainment /FOX Entertainment/Warner Brothers Television situation comedy show, “Pivoting”. I play the role of Luke Lakier the son of Amy and Henry played by actors Eliza Coupe and Tommy Dewey also starring Ginnifer Goodwin, Maggie Q and JT Neal.
We shot the pilot in February of 2021 and “Pivoting” was greenlite and we began shooting season one in August wrapping the 10 episode season one in November. Season one of Pivoting starting airing on Jan 9, 2022 on the FOX Network. It’s now streaming on both FOXNOW and HULU. Currently the Pivoting cast and crew are all waiting to find out if there will be a “Pivoting” season two. Fingers crossed!

As far as being a child actor and it being easy. I would have to say it’s not as easy as one might think it is. First and foremost you have to have supportive parents that can take you to all the auditions, especially those last minute auditions. Once you’ve booked the job and you’re on set, listening and following directions are key components. Of course memorizing your lines and getting into your character is important too, along with hitting your marks when the cameras start to roll and the director yells action. All in all with some of the hard work that goes into being a child actor, I have to admit it’s so so much fun!

What valuable things I’ve learned being on television show sets and film sets, is both the hard work and the artistic work that goes into creating a story for viewers to watch and enjoy. I’ve learned so much behind the scenes valuable knowledge from lighting, boom operating, audio, slate and all the director verbiage. Knowledge I will keep with me for life.

I would like for my fans and others who enjoy my work to know that I really do appreciate their kind words of encouragement and their follows on all my social media platforms, but most importantly I want kids my age to know that you can accomplish any thing you want in life, as long as you listen, follow directions, come prepared, and believe in yourself. 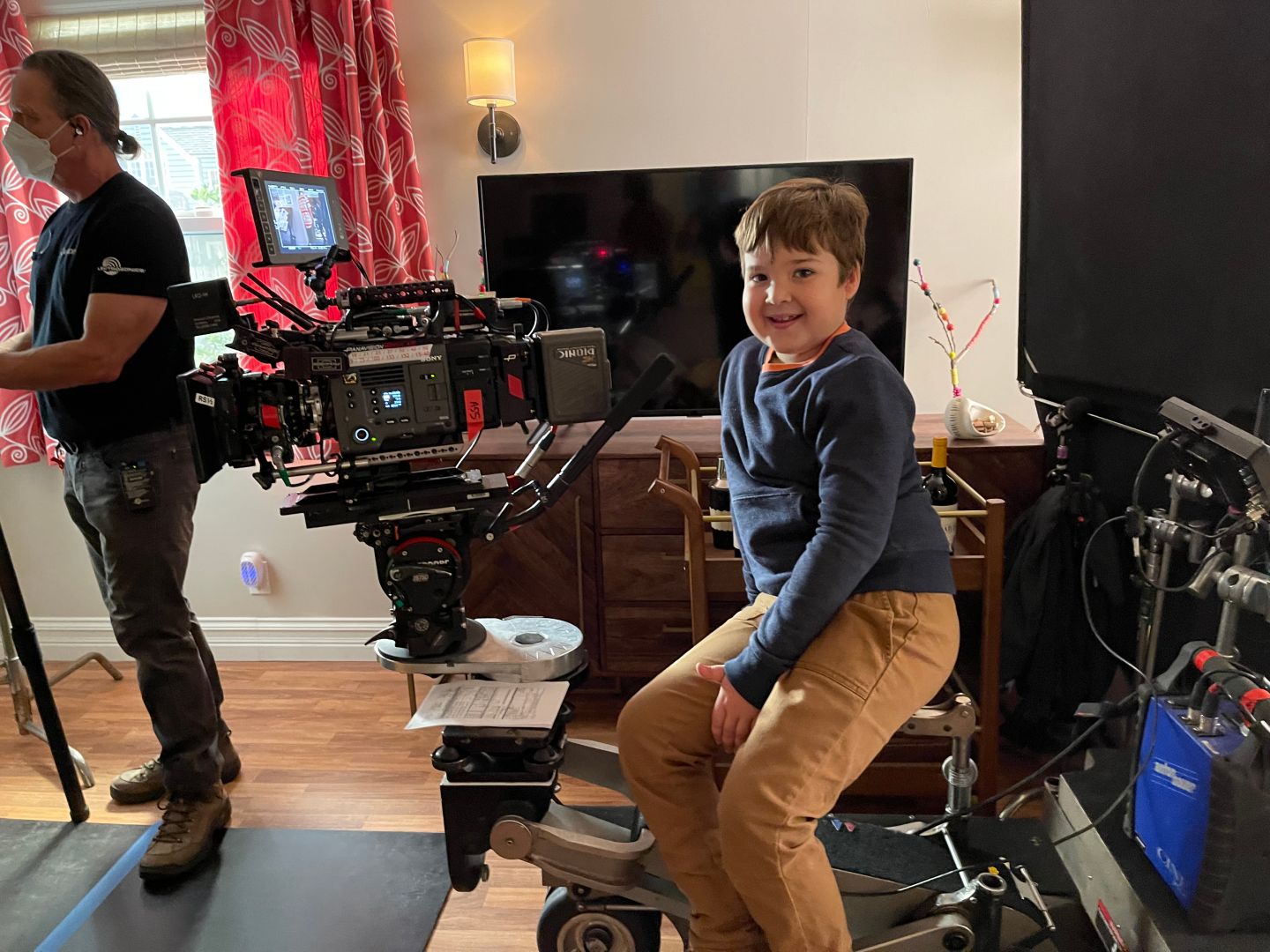 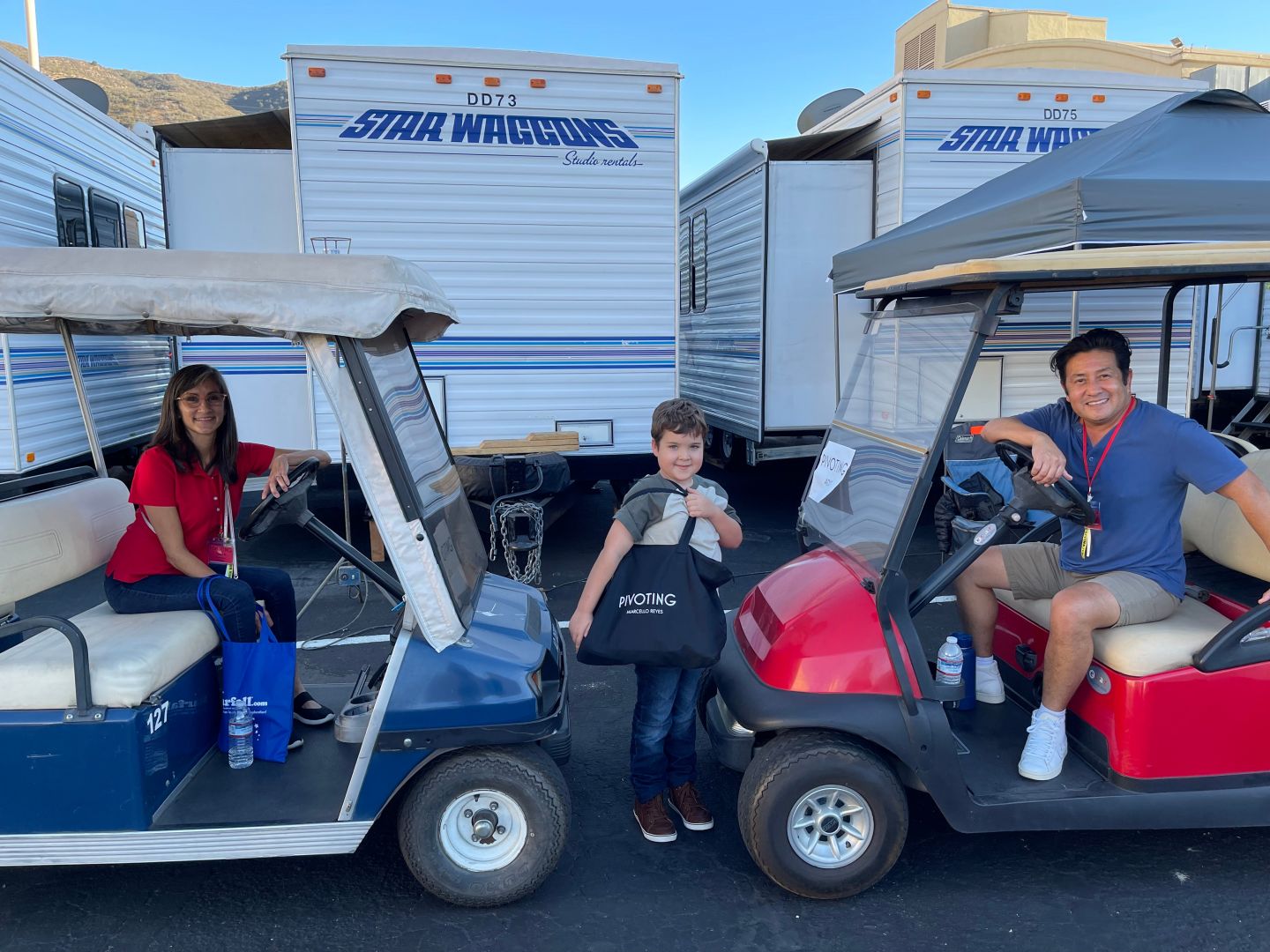 Let’s say your best friend was visiting the area and you wanted to show them the best time ever. Where would you take them? Give us a little itinerary – say it was a week long trip, where would you eat, drink, visit, hang out, etc.
If I had my best friend Kaden Berrio coming into town for the first time. The first day I would take them to the Descanso Gardens in La Canada Flintridge. I would take him around the grounds and show him where the man made lake is and have a snack on the lake deck. I would also take him to the rose garden and play tag. I would also get tickets for us to jump on the train that tours visitors around the inside of the garden park. And we’d have lunch there too, because they have a great kids menu and dessert menu.

Day two I would take him to the Huntington Library so that I could show him the grounds and all the art work inside all the huge old victorian style homes. I would also make appointments for the both of us to hangout with a botanist and plant plants and learn about the flowers and vegetables that are on the grounds. I would also want him to smell the stinkiest plant in the library. Then I would get us tickets to go inside the artist gallery to check out the different artists that are on currently on display. I would also make sure that Kaden and I would hangout and run around the children’s garden, that has plenty of things for us kids to do. It has waterfalls, sand-falls, a rock garden with rock forms to play with. The children’s garden also has a bush maze that we could run around and hide in. After I would take him to lunch at the Pie Burger joint right in Pasadena down the street from the Huntington Library. Then for dinner we would go Casa Bianca Pizza Pie

Day three I would definitely take Kaden to the Amara Chocolate Shop in Old Town Pasadena. Then I would have us take in a movie at the cool IPIC Theater

Day four; we would have to go visit the Griffith Observatory and Kidsspace Children’s Museum then head over to Hi-Life Burgers for a quick bit to eat.

Day 5; I would take Kaden to the new state of the art SoFi Stadium so we could hopefully watch a game along with touring the new stadium and trying out one of the cool yummy restaurants inside the sports facility.

Day 6; Seal Beach Ca would be on the agenda in the morning, where we would hangout and enjoy some fun in the sun. Followed by grabbing lunch at the Hangout Restaurant. Then we would head over to the Hollywood sign to take a hike up. In the evening we would go to the Walk of Fame, and have dinner at one of the many restaurants at the historical Farmers Market at the Grove. To end the night we would go to the Hollywood Forever Cemetery for a spooky good time.

Day 7; Kaden and I would check out the LA Union Train Station, grab breakfast at the Grand Central Market, take a ride on the historic Take Flight train, then head to the La Brea Tar Pits, the hit both the Getty Museum, Skirball Cultural Center, From there we would drive along PCH and make stops in Santa Monica Pier, Venice Beach, and Malibu. 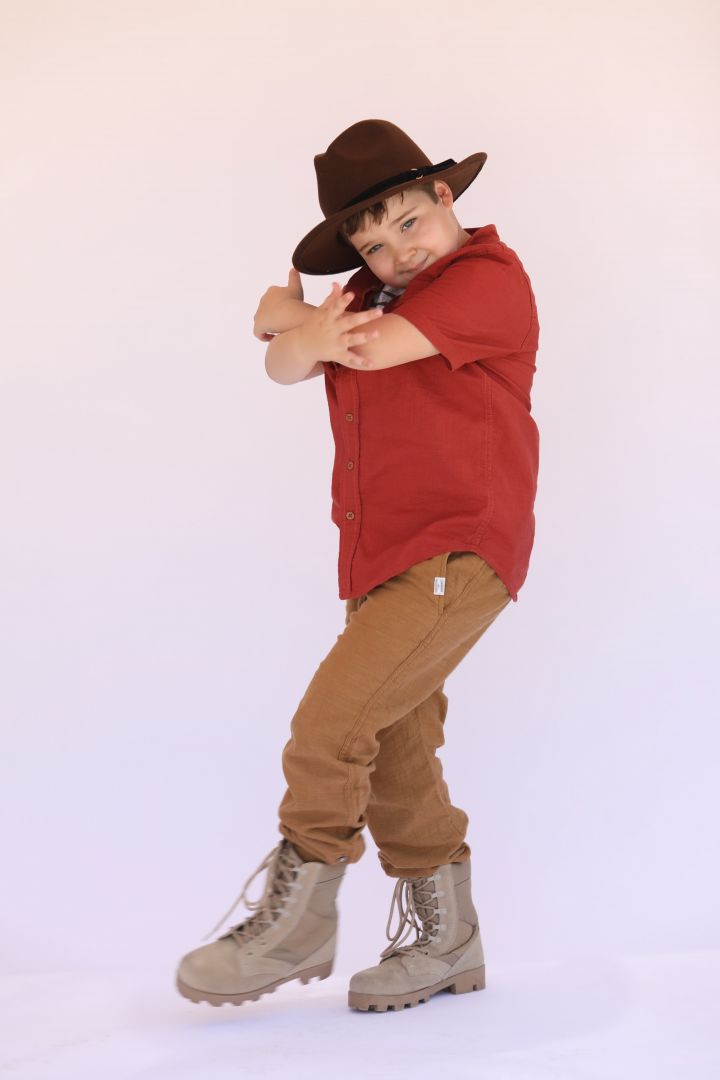 The Shoutout series is all about recognizing that our success and where we are in life is at least somewhat thanks to the efforts, support, mentorship, love and encouragement of others. So is there someone that you want to dedicate your shoutout to?
First and foremost the first big shout goes out to both my parents, my mom Vanessa Reyes and my dad Julian Reyes for their continued support and love they give me 24-7. They both take pride in every activity I do from acting to baseball and every activity in-between, no activity gets more attention or praise than the other. My parents are truly supportive across the board no matter what I try and/or take part in.

More shoutouts go out to my team, my hardworking brilliant entertainment Manager Victoria Monroe from Monroe Talent Management. and my hardworking masterful Agent Rebecca Ek from Eris Talent Agency. They both work extremely hard and go above and beyond in all they do and accomplish for my parents, me and my career. Victoria Monroe and Rebecca Ek are all around sharp, efficient, skilled, savvy, amazing and a powerful team of women. 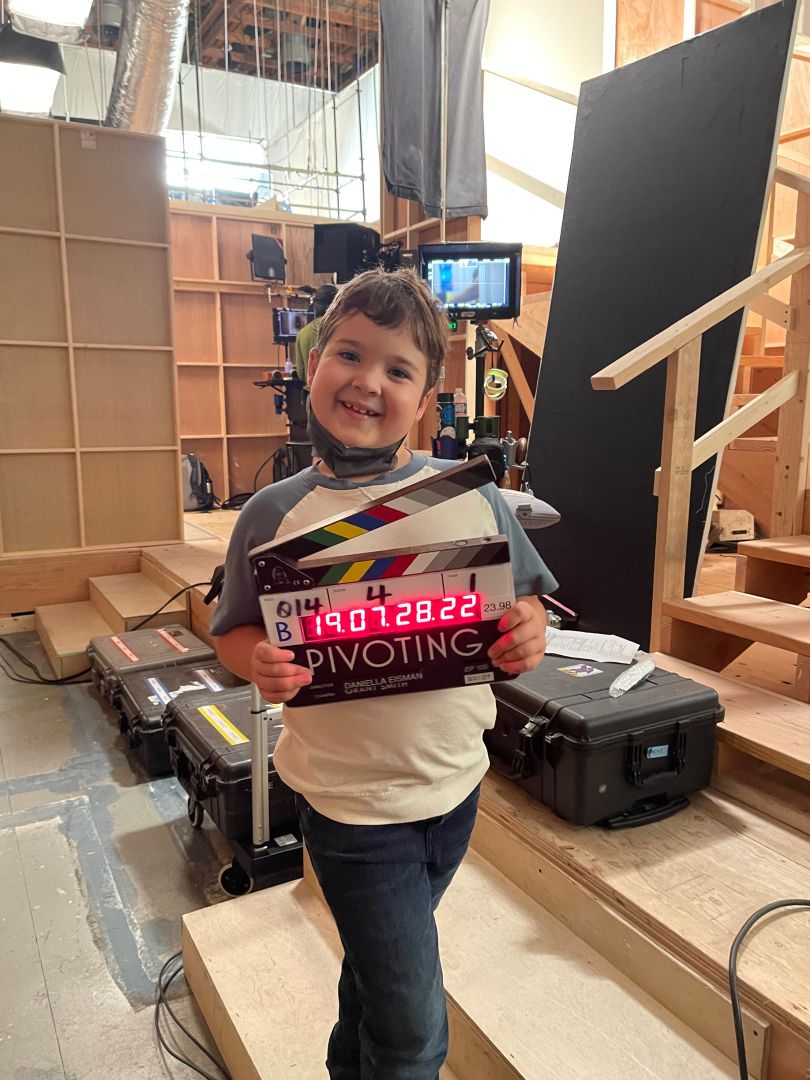