We had the good fortune of connecting with Matthew Santos and we’ve shared our conversation below.

Hi Matthew, is there something that you feel is most responsible for your success?
Originally, my response to this question was a seven paragraph exposition on why perseverance was the most important factor to my success. Only after crafting this multi-pronged argument did I realized that this wasn’t the whole truth, and that a deeper layer was being overlooked. So I would say that ultimately the most important factor to my success, is that I truly love what I do. It still brings me joy, a sense of direction and purpose, and continues to enrich my life with beauty, deep connectivity to fellow artists and music lovers, and a boundless wealth of explorable nuances.

This love of music-making runs deep enough to overcome the relentless nagging of self doubt, the shadowy efforts of self-sabotage, and the often jaded disposition that comes from existing in such a volatile industry for as long as I have. This love of craft has been able to withstand the many failures and dark nights of my career, and without this love, there would be no fuel for perseverance, no spark of curiosity, and no quest for inspiration–let alone the drive for creation.

It can be said, that this time-tested, yet sustained love may be the true success of my brand in and of itself. 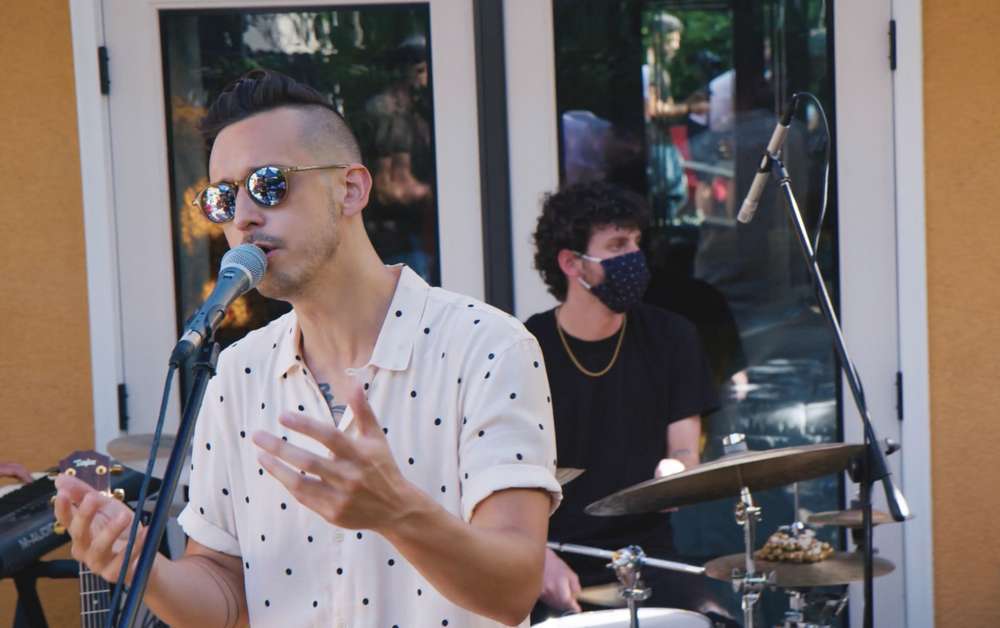 Can you open up a bit about your work and career? We’re big fans and we’d love for our community to learn more about your work.
Most people who were alive in 2008 know me as the guy singing the hook in Lupe Fiasco’s song “Superstar”. The song ended up being a massive hit and took me around the world, snatched me up from playing small clubs for 5o people to performing in arenas with Rihanna, Pharrell Williams, and Kanye. I got to play on David Letterman, Kimmel, and Ellen, had me shaking hands with Robin Williams, Jay-Z, and JT, while earning me two Grammy noms. Fun times.

All that aside, the experience also gifted me with impossible expectations and crippling disappointments, an inflated ego, and a lot a baggage that’s taken years to sort through. While I’m grateful for my 15 seconds and the lessons they taught me, the challenges thereafter were…tricky. I didn’t have a solid plan or team in place to ride that wave onto the shore or the discipline to swim it myself, and I got caught up in a vicious undercurrent of cynicism, low-key depression, and self-sabotage.

Even though “Superstar” was an undeniable success as a commercial effort, I was cut out of any percentage of ownership and all financial gains went straight to Lupe’s camp. Everyone thought I “must be rich”, but I was as broke as a cracked veneer. A quick Google search on my net worth has me around 20 mil…LMFAO!!

During the aftermath I wasn’t really interested in making pop music like what the world had come to know me for. I’ve always been at this strange convergence of soul/rock/folk/RnB stylings, and in terms of branding, this posed some difficult problems for marketing departments. I was still exploring my identity as an artist/human, wanted to remain true to my ideals, and was not really inclined to sacrifice said ideals to play the game. In other words, me and the music industry were just not vibin, and I said, “Fuck it, I’m gonna do my own thing.”

I set out to start from scratch, revisited my roots and reasons for making music in the first place, and became grounded again. I started touring as an indie solo artist playing small clubs, making shit money, and driving across the country in a rented KIA, and was deeply humbled by the indie hustle. It was a rough few years that really tested my resolve, and I wanted to quit many times.

In 2015, a few good friends and I started a DEEP-POP band out of Chicago called MONAKR. It was a dark, dreamy, synth-rock vibe that helped reinvigorate a sense of hope for us old industry vets. We had a couple big songs, got a publishing deal, a record deal, and a few placements in film and TV, and had an amazing time touring the states together. We eventually teamed up with brilliant friend of mine, Dessa, and continued our extensive touring playing as her backing band while MONAKR opened up the show.

I’m now living in LA, still writing songs and moving into composing music for film. I’m trying to maintain the love of music-making that has brought me this far, and still shooting for the moon. It’s a beautiful form of madness I suppose.

There are countless challenges and obstacles attached to being an artist by trade. You are the product. You are also the sales-person and the PR rep. Oh, and the project manager, creative director, head of marketing and promotion, tour manager, stylist, social media manager, constant content creator, etc. All that on top of the expectation that you’re supposed to always be making the best art possible, while dealing with the existential crisis of having your self-worth attached to outside validation and approval–all seemingly dependent on performance. AKA if the world doesn’t love your art en masse, the notion that is granted is rejection.

That’s the everyday reality of being an artist. We are expected to bare our souls, be the vulnerable voices, show up in ways most people cannot, express the dark and deep aspects of being human that most shy away from. We find the broken and we make it beautiful.

That being said, I’ve never been more proud and excited about the music I’m making now. Beyond writing new songs under MA/SA and working with some incredibly talented creatives and producers, I’ve made leaps and bounds in producing music myself, composing for film, and learning how to operate more efficiently and effectively as an indie artist in general. 2021 is slated to be a big year for me in terms of releasing music, with upcoming scores for two feature length films, and three EPs in the pipeline of some of the best music of my 20+ years of songwriting.

Ultimately, the biggest battles and most trying adversities I’ve ever faced, were with my own self-saboteur. I’ve shot myself in the foot so many times, and the saying “we are our own worst enemy” could not have rung truer for me. I’m still learning to undo certain ways of thinking while correcting some truly bad habits that have taken most of my toes. Shout out to my therapist. 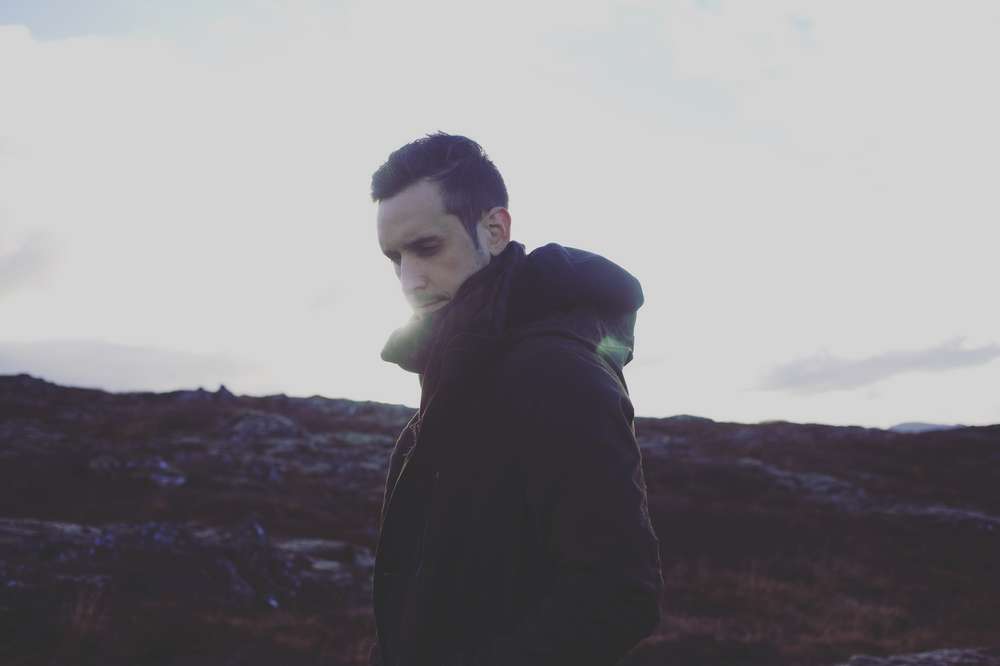 Any places to eat or things to do that you can share with our readers? If they have a friend visiting town, what are some spots they could take them to?
Assuming the pandemic would be over, I’d start off by an obligatory hike up to the Observatory for a decent overlook of the city. Then a filipino lunch at Sari Sari Store in the Grand Central Market downtown. Once our bellies were full of Chicken adobo, a quick stop at a local dispensary on our way to the Hollywood Forever Cemetery for a classic film on the lawn by Cinespia.

The next day, we’d hit the beach at Zuma Point in Malibu in the morning, and maybe a joy ride up the coast before getting Vampiro tacos at Coasta Grande in Van Nuys for lunch.

Quick freshening up before hitting the Broad for a healthy does of art, followed by an Indian dinner at Badmaash.

Following day we’re heading to Vasquez Rocks for a hike, with an animal style pit stop at In and Out before the drive home, then dinner at Petit Trois Le Valley. End the night with dancing at Oil Can Harry’s (although I heard it might be closed for good).

Then a rest day. A hefty serving of ass sitting, and Neapolitan pizza from MidiCi in Sherman Oaks. For the evening activity, we’d see a show at The Troubadour.

Top of the morning hike through Tree People, followed by lunch at Gracias Madre. Spicy Thai dinner at Jitlada, followed by the Enchanted Forest of Light at Descanso Gardens. 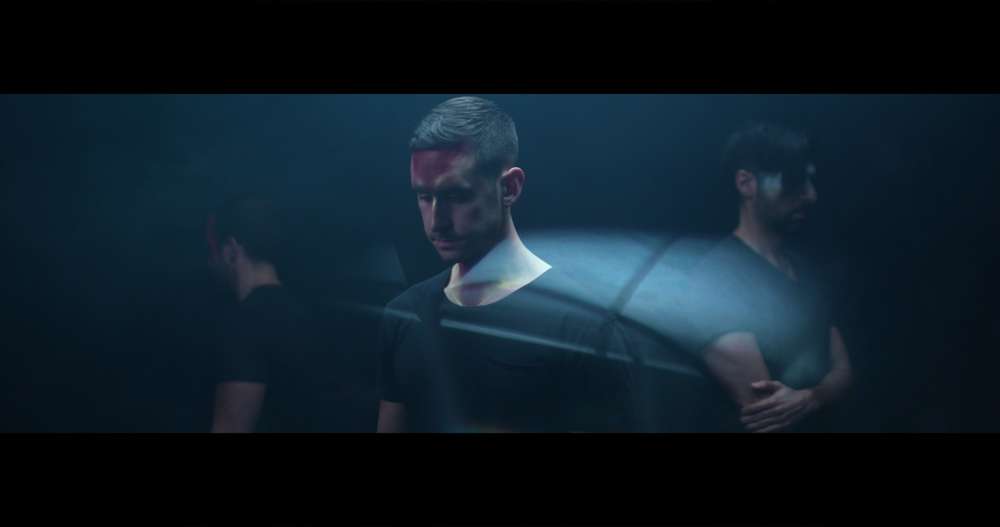 Shoutout is all about shouting out others who you feel deserve additional recognition and exposure. Who would you like to shoutout?
There are just too many people I owe homage to that have supported me on my path, and I regret that I cannot list them all here now like I just won an Oscar.

From my childhood to the current day, my parents have always been super supportive of my path as an artist, encouraging me to follow my passions without ever questioning their validity as a career option or lifestyle. This “follow your heart” approach, which they backed up with the resources I needed to explore and discover which creative direction spoke to me most, was a definitive force in allowing my initial blossoming as a creative to transpire. Thank you Ma and Pop, I am forever grateful.

As a teenage, I was lucky enough to be accepted to the Oxbow School of Art in Napa Valley, CA, where I was among a select group of young artists from around the country engaged in a highly intensive semester of exploring the visual arts at the direction of seasoned, life-long, career artists. This focused immersion in the realm of creative thinking truly redefined the scope of what it meant to be an artist for me, and sort of blew the top off my, dare I say, limited, mid-western, toxic masculinity-soaked worldview. This was yet another definitive “moment” for me that played a heavy-handed part in shaping who I am today.

While studying music composition at Columbia College Chicago, I had a professor named William Hayashi, or “Gorakh”, as he preferred to be called (a name given to him by his Guru). He was a trained experiential psychotherapist and a master of introspection and zen mediation, and sought to bring a deepened sense of self-awareness into the artistic process. Gorakh became a mentor of mine through my college years and taught me the value of authenticity, while instilling the practice of meditation and explorative writing among many other things. His wisdom and compassion still guide me to this day, even though we haven’t connected in a decade. He often referred to the following sentiment penned by the infamous “Willy Shakes”:

‘This above all: to thine own Self be true
And it will follow as the night the day
Thou canst not then be false to any man.’

Lastly but not leastly, my partner Brittany Douziech. At a pivotal moment in my adult life/career, upon the end of a beautiful and dynamic eight-year relationship, it was she who convinced me to move from Chicago to LA and start a new chapter. She’s been there through some of my darkest hours, all the while offering that loving light that has coined her as my “Torch Bear”. She’s a valley native and life-long LA resident, with a major in journalism and a career in music supervision. She’s a photographer and an artist in her own right, and her support and partnership have been crucial and highly transformative in many ways that can only be described as love.

Again, there are so many others who have helped me on my path that I would love to give a shoutout to, but will refrain for the sake of word count 😉 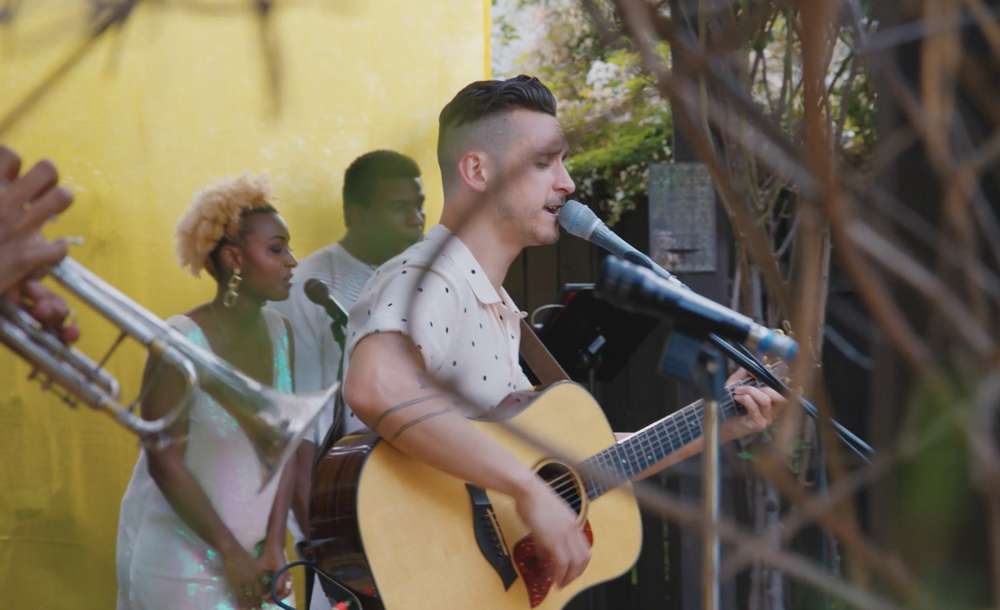