We had the good fortune of connecting with Michael e. Stern and we’ve shared our conversation below.

Hi Michael, we’d love to hear about how you approach risk and risk-taking
I take risks by rolling determination and perseverance into a fist to smash all doubt. Doesn’t always work out but this is my mindset. Our past informs and strengthens our future.

In my teens I underwent major surgery to remove bone tumors pinching my spinal cord. The pinch affected my legs, right arm and shoulder. After awakening from the operation, my doctor said he had been concerned in the operating room that I might not survive.
This profoundly affected my emotional state and how I perceived myself: a weak and traumatized body unable to purse the dream of being a professional athlete. I was pissed.

I began my photography journey in junior high, continued in high school and went to Art Center College of Design for a BFA in photography. Now here’s the interesting part where my risk tolerance and viewpoint fully formed, and the reason I’ve been an SECP (self-employed creative professional) off and on for 41+ years.

I’d always imagined being the Director of Photography at a company. Being self-employed NEVER crossed my mind. Not once. But life throws me another curve and I hesitantly partnered in a commercial studio in Hollywood with a college buddy. We shared the studio but had separate businesses. We also partied a lot. Fun times.
I was actually making a good income, learning the ropes of working for oneself, married and raising my first child. But for reasons that are best left alone, my studio partner and I had a knock-down, drag-out one Saturday evening. If you’re keeping score, He tried shoving me out a second floor window into the ally below. However I was able to render him unconscious and pull myself back inside. Shortly thereafter I relocated my business to Burbank and set up my second commercial studio invited by one of my mentors.
Didn’t last, I hurt my back and was bed ridden for six months. Spent all the profit I’d made keeping the doors open. (About a year earlier my mentor turned over the lease to me and left for new ventures) At this point I was relatively healthy but broke.
I did a quick survey of Burbank to see what companies might be hiring the likes of me. Fortunately there was a photography company looking for a new Director of Photography!
How awesome was that?
My employment contract included the opportunity to purchase the business if I could line up financing. Well I got the money guys after a year or so but the owner was full of it, had two sets of books and wouldn’t show the right set to my numbers guy. Deal off.
And then I felt it. The numbness and pain were back. After many years of being annoying and tender but allowed me to function fairly well, the tumor like symptoms were back. I had to have a second surgery and might possibly be paralyzed from the waist down. Right on the heels of my practice marriage falling apart, trying to explain this to a small child what might happen to daddy while fighting a vengeful mother. Wasn’t fun.
But as we do when times are tough, we get through it. The prospects for a long-term pain free life weren’t so good but I decided to embrace freedom and restart my sole-proprietorship.
I figured that going forward no company would hire me because of the health risk and potential costs I represented. So off to self-employment again.
The risk of failure didn’t enter my mind. Given what I’d been through, running a small business without formal business, financial or marketing know how was a small hill to climb. My previous studios helped and applying that knowledge kept me successful. There’s always risk but if you want to accomplish something you have to embrace the challenge, study up on it, make a plan and execute all the while being flexible when twists and turns show up.
Risk, determination and perseverance rolled into you doubt smashing fist! 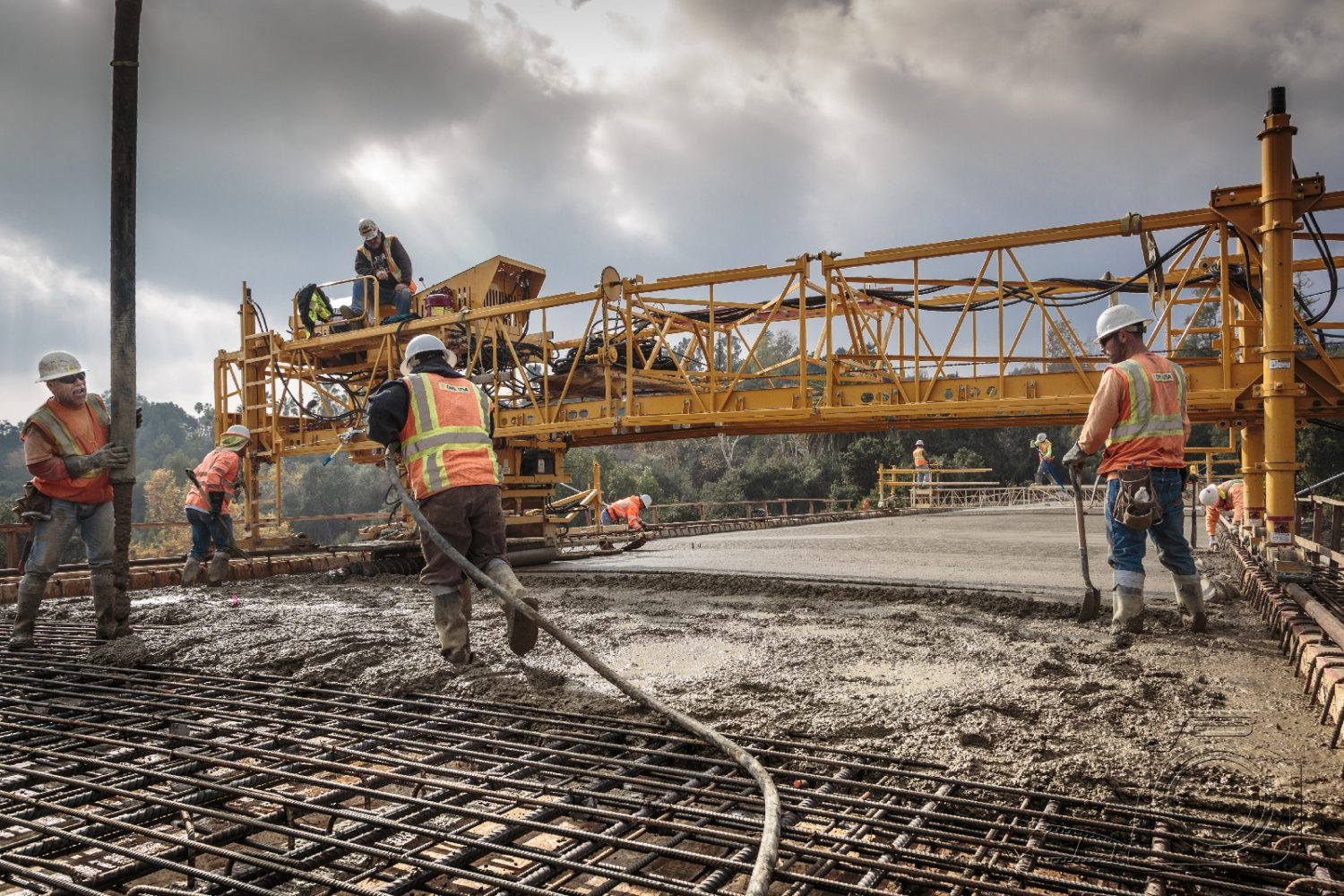 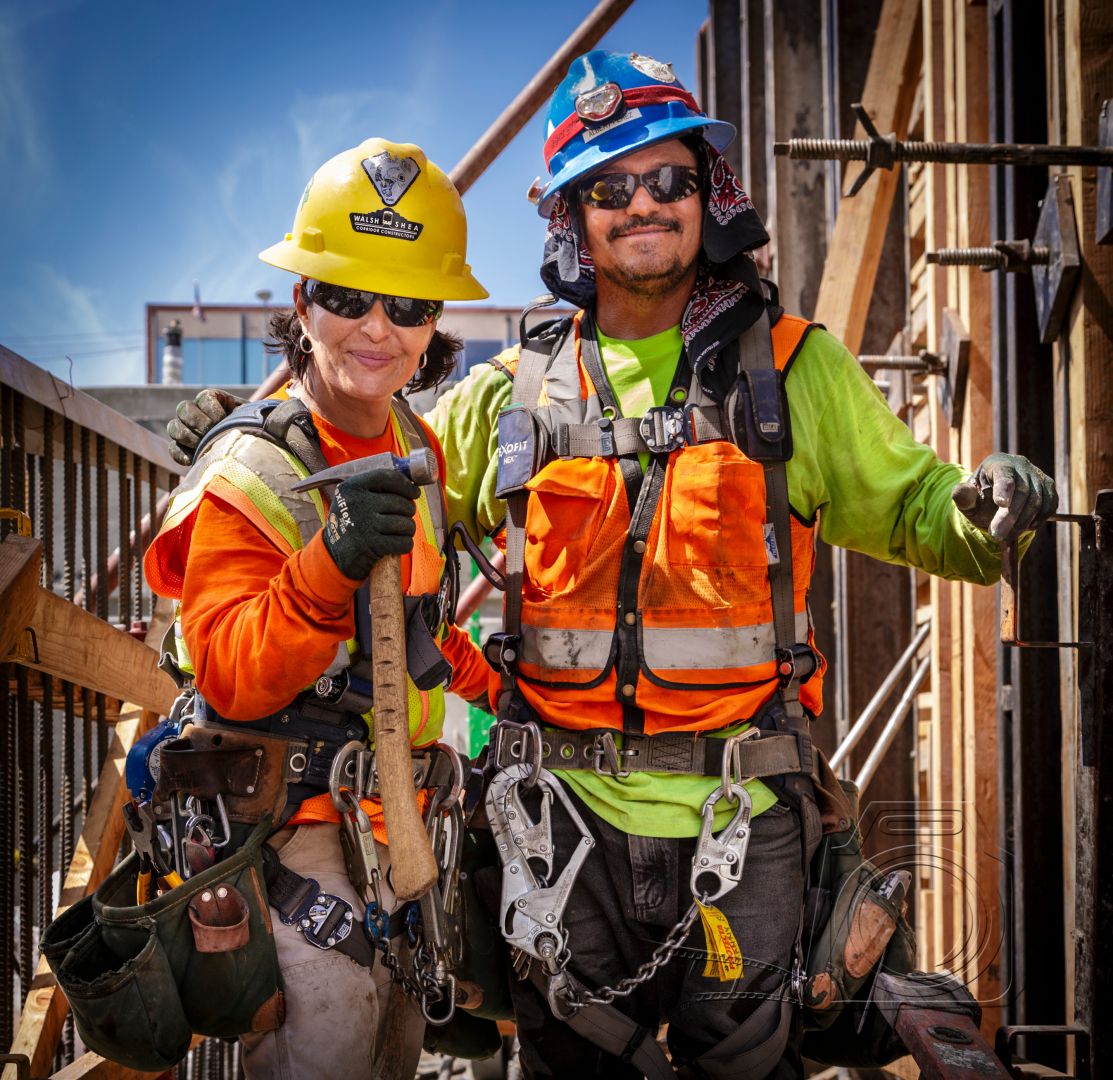 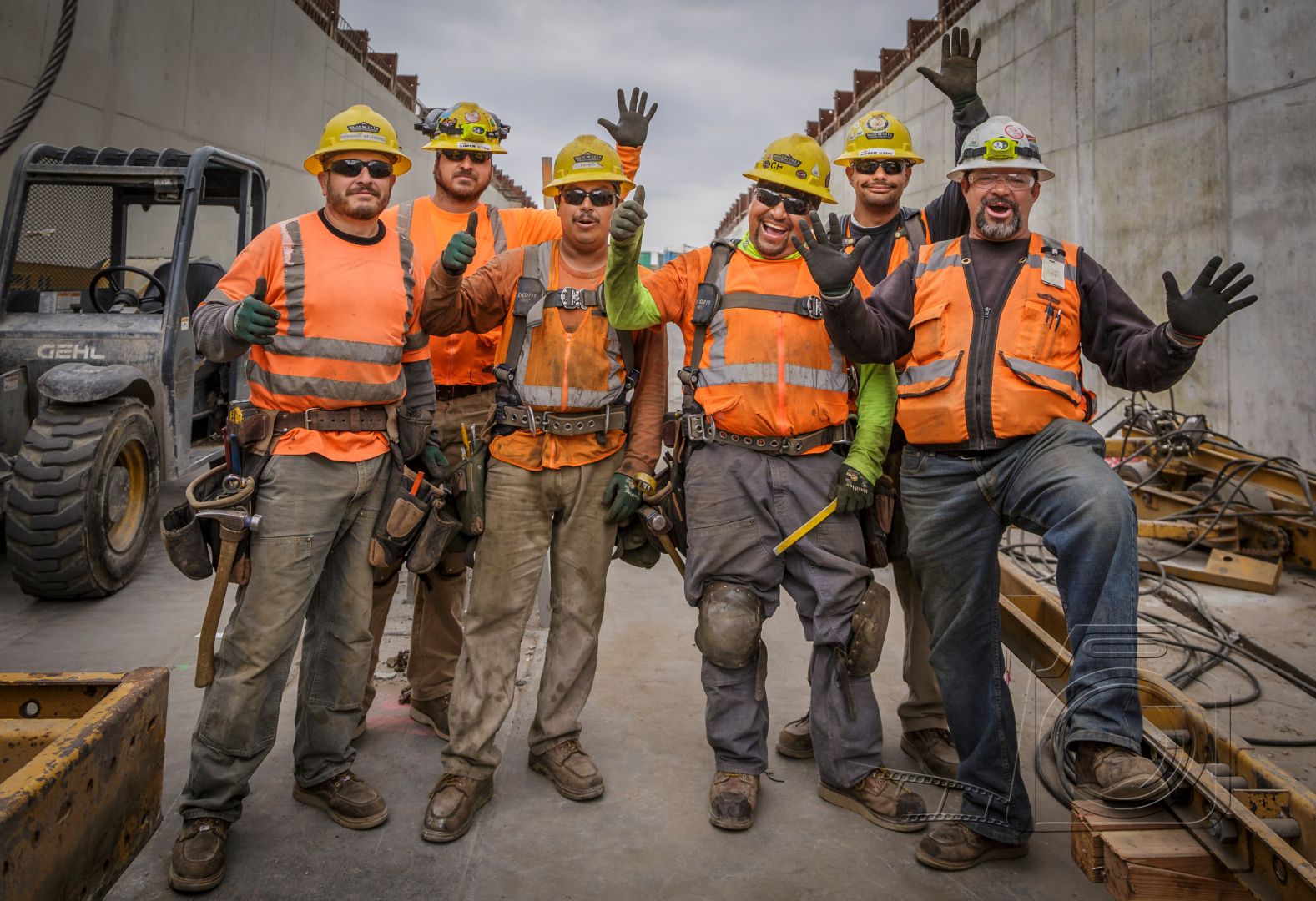 What should our readers know about your business?
I’ve always thought of myself as an artist first, businessman second. Through hard work, determination and resiliency I’ve made it work to a high degree for 40+ years. I started out in a Hollywood studio partnership that ended poorly, then operated my business in a studio nestled inside an ad agency. (the beginning of the digital revolution and adultery on the part of an agency executive killed off that arrangement. It’s a good story but another time) I then became a member of a co-operative studio but left after a few years to run my own photography co-operative. That lasted 16 years but I shut it down after my dad passed in 2006. I’m very satisfied with my career in that I made a life for my family, put my son through private school and put money away for my after work life which is fast approaching! All this without benefit of any formal business training but my eyes and ears were always open to learning and I picked up quite a few tips from my Fortune 500 clients.
What sets me apart is my dogged determination to succeed.
I knocked on the Disney studios doors for two years before they gave me an opportunity. I turned that into a 22 year business relationship. I’m savvy in recognizing opportunities and am fearless in trying to exploit them. Failure is part of running any business but as long as one learns from failure, applies the lesson learned, one becomes successful. Slow and steady wins the race and I’m near the finish line!
I’ve often been told by friends, colleagues and family that the most impressive thing about my career has been all the different things I’ve tried within the photography (and now film making) industries. I’ve always been flexible and changed my offerings as technology changed, the culture changed and my own desires as an artist changed.
For instance when digital cameras first came on the market in mid-95, cameras were very expensive and prone to rapid and potentially costly changes for a small businessperson. I solved that dilemma by becoming a digital consultant and gave talks at a popular camera store in exchange for any gear I wanted. sweet. I followed that by becoming a nationally recognized Photoshop expert in the early 2000’s after completing a huge restoration project for WDI, the engineering arm of Disney.
From there I specialized in business professional headshots, began teaching at Brooks Institute, became the go to construction time-lapse expert in LA and now have ventured into becoming a full time film producer, a goal I’ve had since college. I’m right where I want to be, I followed my instincts, never gave up and exploit my value as often as possible.

Let’s say your best friend was visiting the area and you wanted to show them the best time ever. Where would you take them? Give us a little itinerary – say it was a week long trip, where would you eat, drink, visit, hang out, etc.
Truthfully I am mostly a homebody so I don’t pay attention to a lot of this type of stuff, my wife plans most of our fun, I just go along with it. But if pressed I’d certainly go to the beaches and mountains, possibly a trip to Catalina and a long drive up and down the coast, stopping at towns along the way to sample local eateries. Maybe a baseball game or two, college and pro. 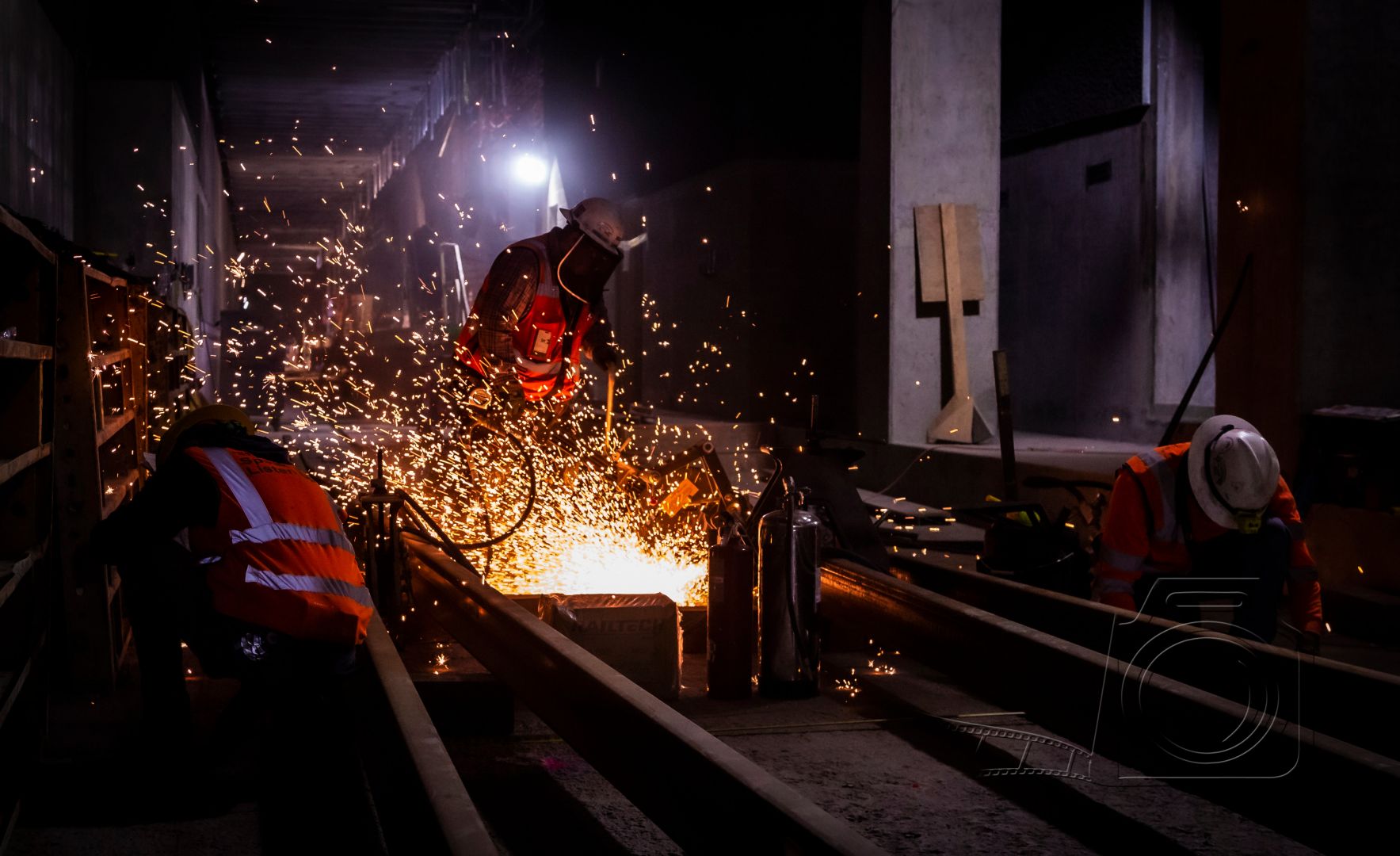 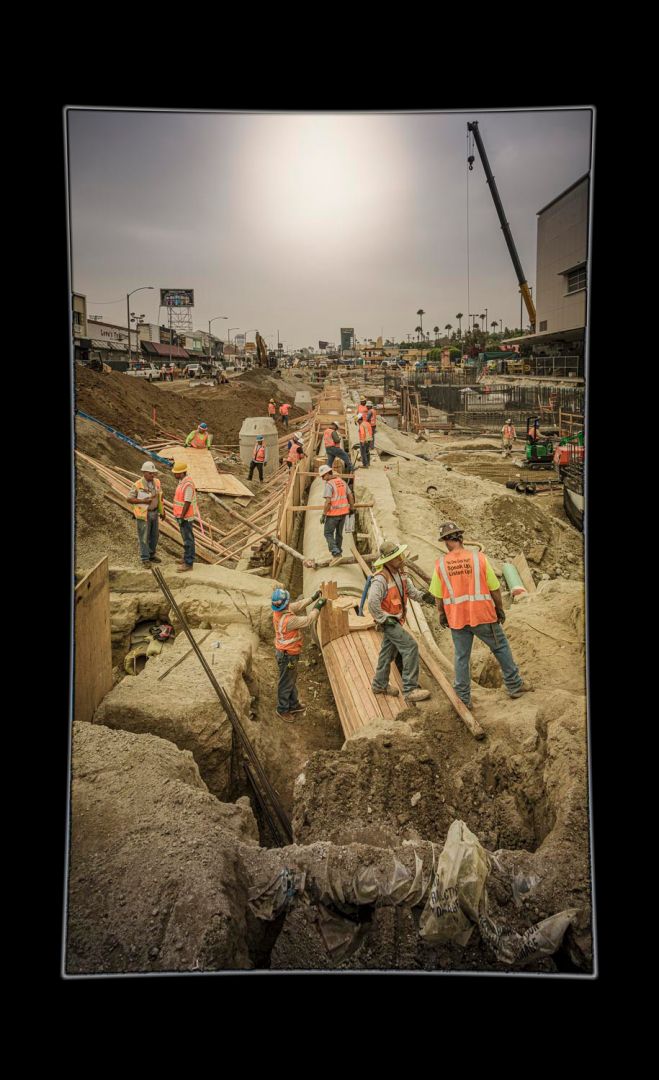 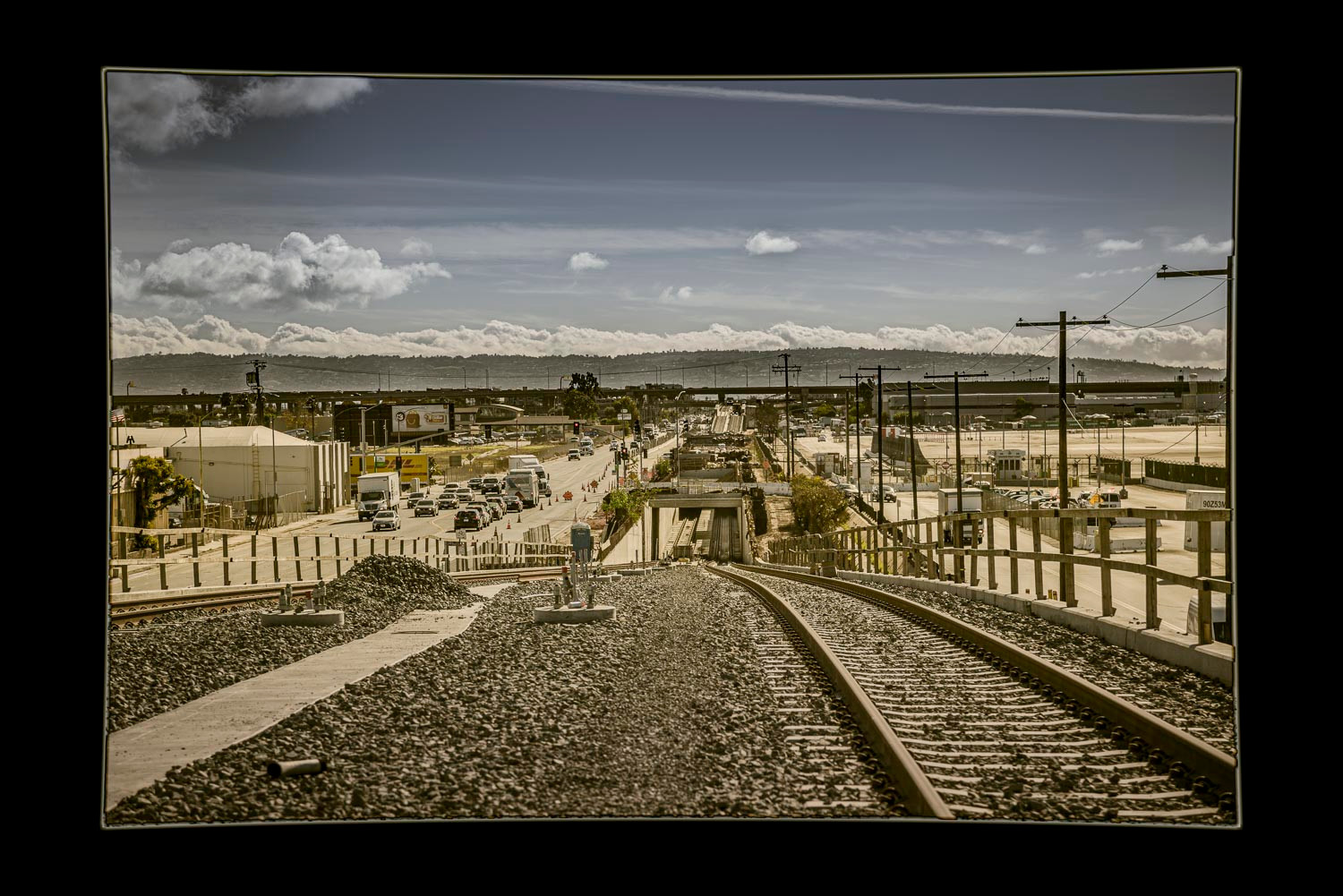 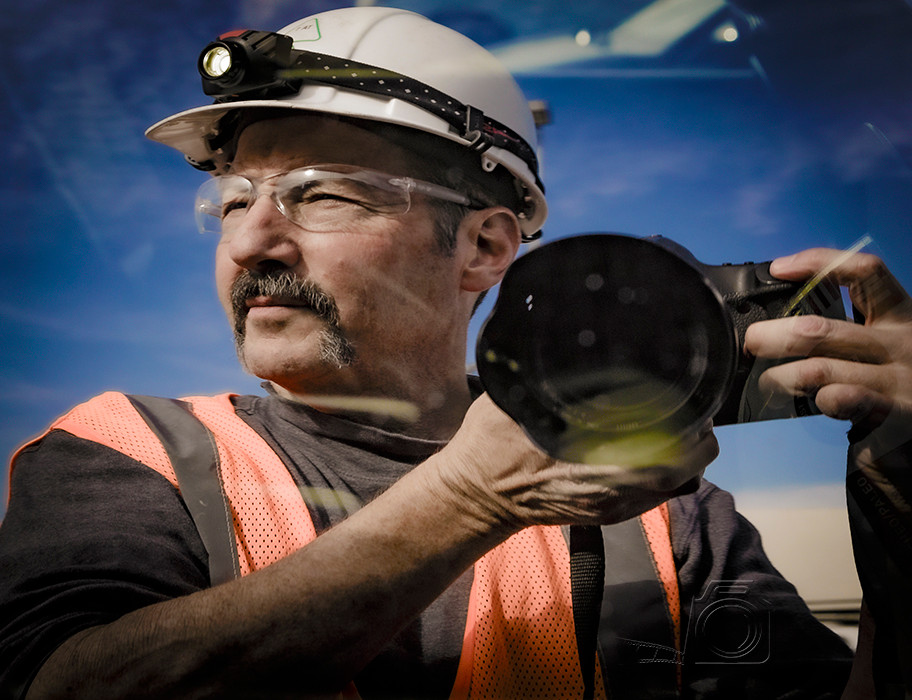 The Shoutout series is all about recognizing that our success and where we are in life is at least somewhat thanks to the efforts, support, mentorship, love and encouragement of others. So is there someone that you want to dedicate your shoutout to?
The book: Victor Keppler: Man and Camera, a photographic autobiography was a book my parents gifted me while I was in college at Art Center in Pasadena. I’m not a reader, (dyslexia) but I read this book cover to cover and forever became inspired by one particular story he told: the efforts by a would be client to undermine his career. It’s a story about how he battled back, won the agency over and went onto an enormously successful career as a commercial photographer. I have reflected upon that story of perseverance often in my career, especially while working with an ad agency whose client was the Disney Channel back in the day. Almost a carbon copy of Victors story. Inspiring.

Dick Burkhalter and Frank Hamm were two older businessmen who mentored me in the ways of being self-employed, becoming a professional and how to exploit niche markets. Without these two fellas, I’m not sure my career would have been as rich as it has been. Dick especially, became like an older brother to me and we remained close until his death.