We had the good fortune of connecting with Michael Glines and we’ve shared our conversation below.

Hi Michael, how do you think about risk?
Everybody takes risks all day every day. Every decision you make, you’re taking a risk. I remember people telling me when I was younger that the odds of making a “making it” as a musician were not very good. For every great band that you hear about, there’s a thousand bands just as good that you’ll never hear about. But for some reason as a kid I didn’t let that deter me. Maybe I didn’t know how badly I sucked at the time, or maybe I just knew that everyone who ever made it had to believe in themselves despite the odds. And anyway I felt like I’d rather fail trying to do what I wanted than succeed at anything I didn’t want to do. So for me it wasn’t really a matter of risk-taking. I could have just as well failed at anything. People drop out of law school or medical school every day. Engineers get fired from their jobs every day and have to figure out how to make it. There really is no true security in life. True, the path of an artist is not as narrowly carved out for you as the path of say, a high school teacher for instance. You have to make a lot of choices along the way, and there is really no system to guide you through “the right way” to do things. It’s really just a matter of looking at your options and just going with what seems right. You only find out in hindsight whether it was right or not, but that’s how we learn. 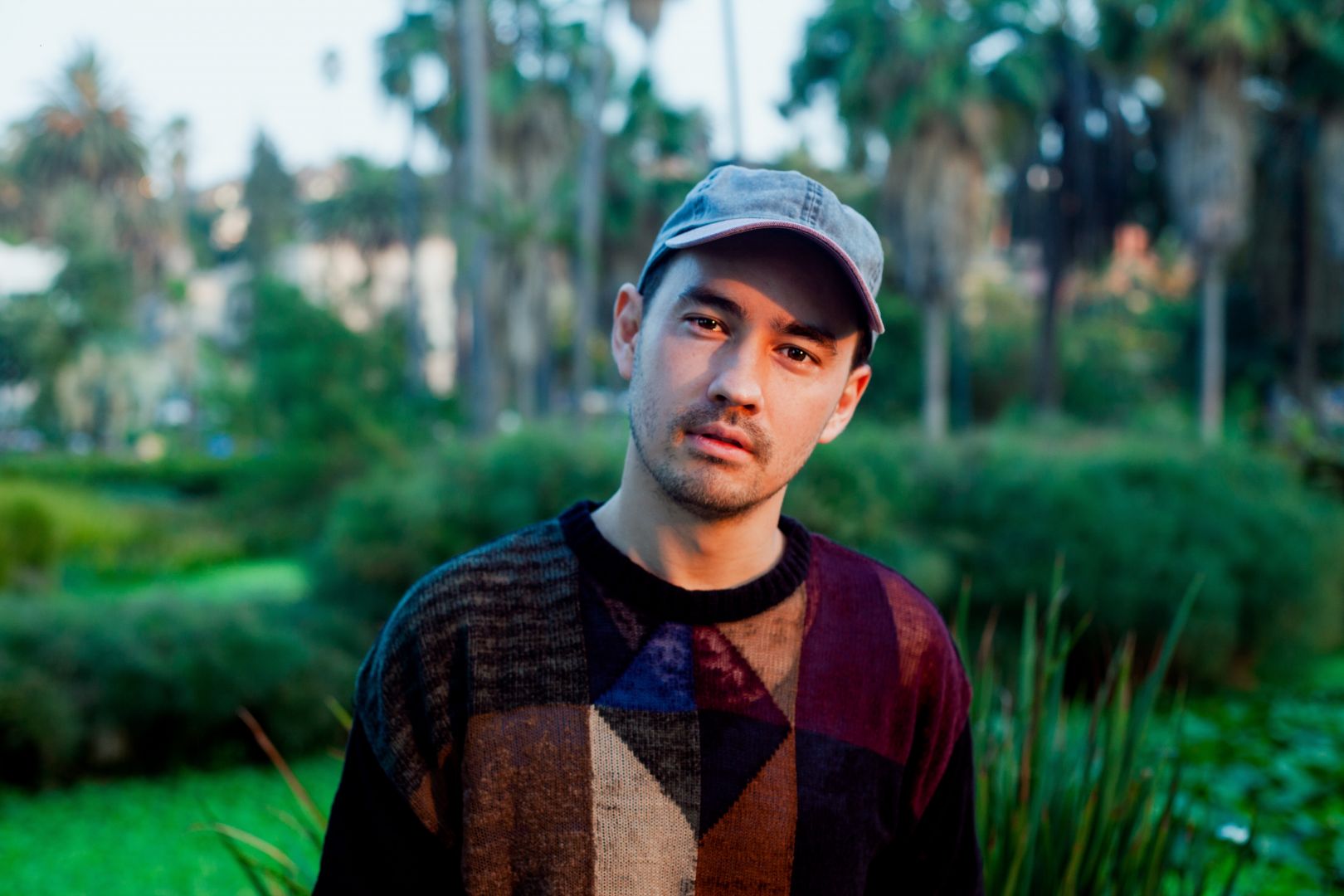 Alright, so let’s move onto what keeps you busy professionally?
I’m first and foremost a musician. I’ve always loved everything about music. Learning from everyone I could as a kid, I always wanted to be a “great musician,” but I think it wasn’t until I moved to LA that I knew what that meant. I knew that music and arts in general had to be sincere. I knew that I had to practice hard and deliver a performance that would pull my audience into the music. What I didn’t understand is that nobody cares about good music. Maybe they say they do, but what most people like is a certain kind of music. They want to hear music that embellishes on their identity. Arts are highly subjective, and they are completely contextual. There is no universally good music. So I’ve had to learn a lot since I moved here about what my identity is as an artist. At first I’d go play open mics or just little coffee house or bars and play my songs I wrote back home. Nobody thought I sucked, but nothing I did at first really resonated with anyone in particular. I was so wrapped up in writing something everybody would like, that I forgot to write something that just somebody would like. Everybody’s taste is so different, there was no way I was going to please everyone. I came to realize then I didn’t even know what I liked. I didn’t even know what my taste was. There wasn’t a song that hit me really hard in a really long time. You know that song you just keep listening to on repeat, because it hits you so hard every single time? It’s that song, that every time you listen, you keep finding new hidden treasures in it. I didn’t have one of those for a long time. So I opened my ears to everything. I went through old school hip hop, electronic music, all the old rock stuff I grew up on, folk music, classical, experimental psychedelic stuff. Eventually I found that I just love lo-fi indie rock and synth pop. I just can’t get enough of this stuff lately. I still like everything else, but I just love that gritty, sincere, playful, and sometimes kind of retro vibe. I love the sound of old school guitars and effects, vintage analog synths and drum machines, and beat up old kits. The blend of classic rock, indie rock, new wave, and neo soul, the occasional nods to hip hop. So that’s what I’m doing now. I’m just trying to create as much of this music as I can while I can, and give it to as many people as possible. You never know when that day will come when you can’t do it anymore, so I just want to take advantage of being alive and having ears and hands.

Any places to eat or things to do that you can share with our readers? If they have a friend visiting town, what are some spots they could take them to?
I guess I’m a bit of a foodie, so I would first take them to some of the plethora of taquerias and taco trucks in LA. There are so many great places, it’s hard to name a few. Cactus Taqueria, Guisado’s, King Taco, Ricky’s Fish Tacos, and El Flamin’ Taco come to mind. Asian food is also pretty good here. For Korean food, we’d have to check out Sun Nong Dan, a seolleongtang restaurant, or Myongdong Kyoga, a dumpling and noodle house. A bit further out of town we’d have to check out Noodle Harmony, probably the most authentic Chinese food I know in LA. Mama Lu’s Dumpling house is also amazing. For Thai, go to Sanamluang. For Pho, go to Gigo’s Cafe and Deli in Chinatown. Hama Sushi has seriously the best and freshest hand rolls I’ve had in the US. Daikokuya has the best ramen. And perhaps my favorite place to eat in the LA area, Radhika Modern Indian in South Pasadena. What else is there but food? Lost Spirits Distillery is fun. It’s like a small Disneyland, but instead of cartoon characters, the rides are all about how they distill booze. For live music, some of my favorite venues are the Satellite, the Echo, El Cid, and Resident. Many of these (during non-covid times) have free live music on Monday nights. Not sure how much of this will be available when live music is a thing again, but if they are, that’s what we’d do.

Who else deserves some credit and recognition?
I actually want to make so many shoutouts here, but I’m going to narrow it down to two for now. The first shoutout I want to make is to my girlfriend Faye Nightingale, who has been there for me through so much of my growth as a person and as an artist. So little in my life today would be possible without her. In addition to being an amazing life partner and just an amazing woman in my life, she is also a brilliant artist herself, and has taught me a great deal of what I know about creating video and photo content, which are super important as a musician. I’d also like to make a shoutout to Rik Dobson (aka Otm Shank), an electronic musician and the founder of Pinkturban, which is a record label where I recently took over as creative director. Rik is really the first music business mentor I’ve ever had. I’ve had a lot of mentors, guides, and inspirations purely as a musician, but Rik has taught me a lot in the short time we’ve been working together about being an artist, and how to properly find and reach my audience in a way I never have before.