We had the good fortune of connecting with Michael Neill and we’ve shared our conversation below.

Hi Michael, is there a quote or affirmation that’s meaningful to you?
There’s  a George Bernard Shaw quote that says:

“This is the true joy in life, being used for a purpose recognized by yourself as a mighty one. Being a force of nature instead of a feverish, selfish little clod of ailments and grievances, complaining that the world will not devote itself to making you happy. I am of the opinion that my life belongs to the whole community and as long as I live, it is my privilege to do for it what I can. I want to be thoroughly used up when I die, for the harder I work, the more I live. I rejoice in life for its own sake. Life is no brief candle to me. It is a sort of splendid torch which I have got hold of for the moment and I want to make it burn as brightly as possible before handing it on to future generations.”

I love the idea that I am doing what I was put here to do. I know when I am being used to my full abilities and I know when I’m on purpose, even when it’s not a purpose that I can easily put into words. And that, for me, is the absolute best way I’ve found to live. 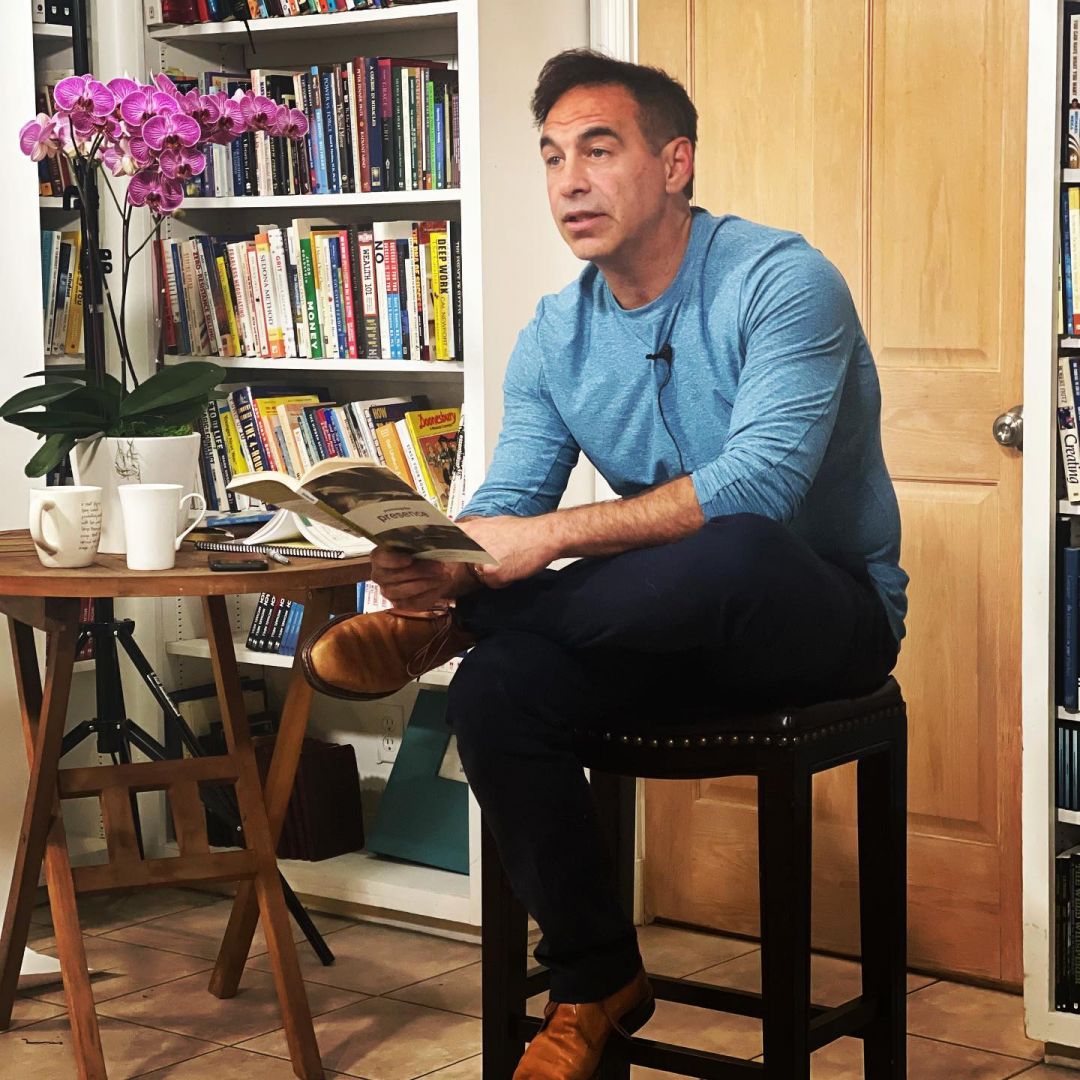 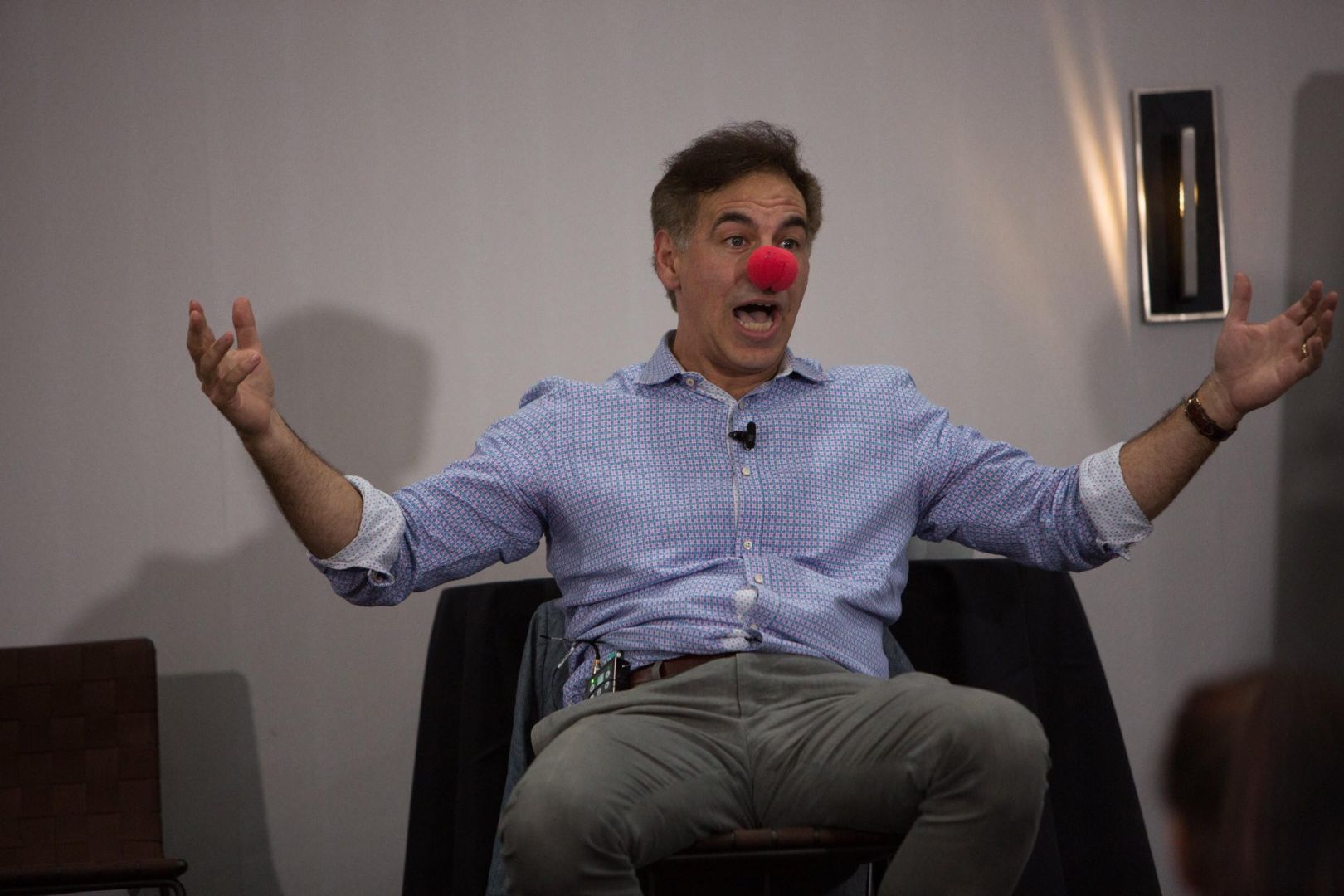 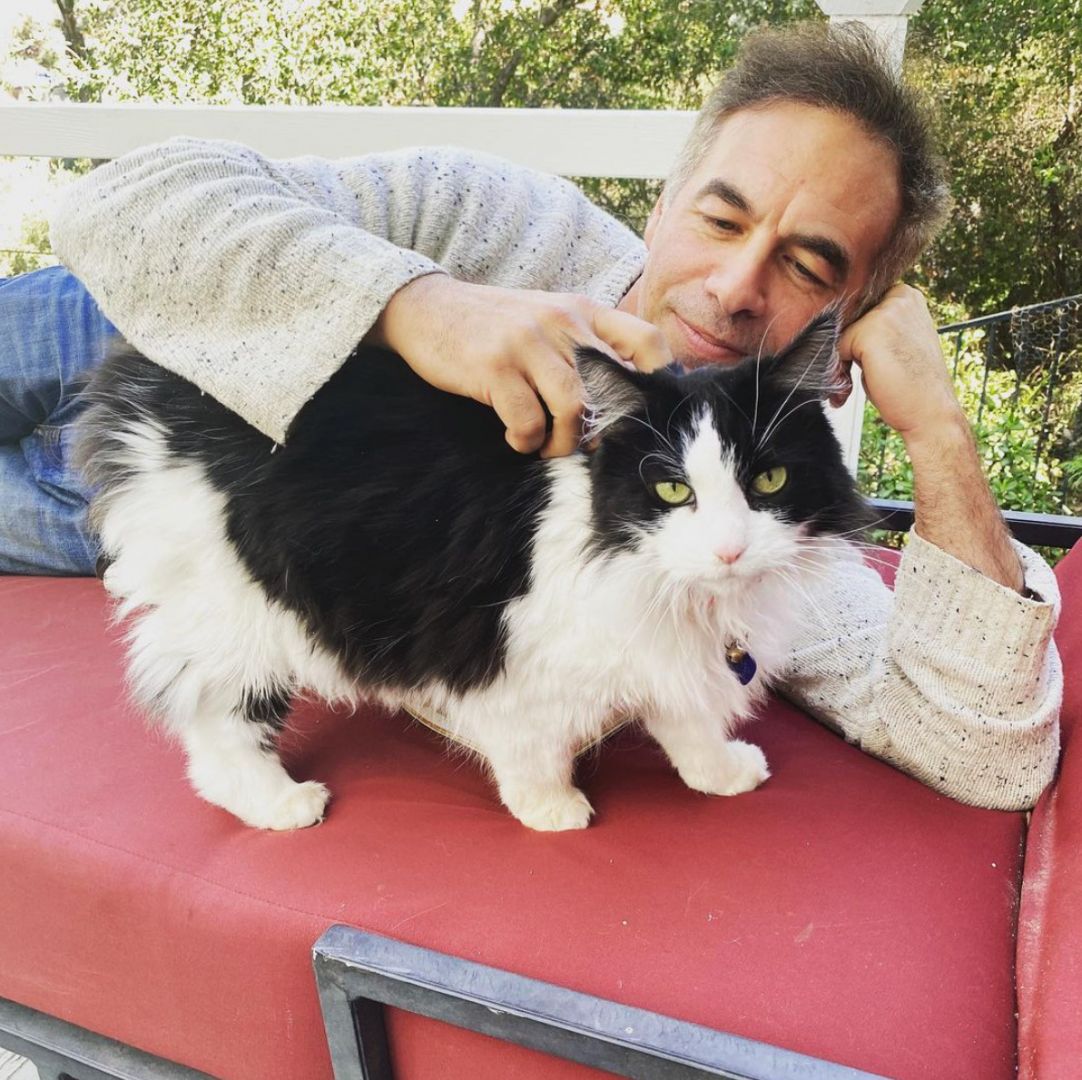 Let’s talk shop? Tell us more about your career, what can you share with our community?
In 2007, I was a certified master trainer of Neuro-Linguistic Programming (NLP), a life coach whose clients included royalty alongside star performers in the film, television, and music industry, and had written a book that outsold The Lincoln Lawyer in the UK. I was considered one of the five best in the world at what I did. In less than a year, I’d completely left that work behind to start coaching from and teaching a relatively unknown domain of spiritual/performance psychology that didn’t even have a name at the time (now often referred to as “the Three Principles” or “the inside-out understanding”).

I remember people telling me at the time that I was “so brave”, but honestly, in my mind, it was just the obvious next thing to do. I’d found something that helped people more than what I had been doing, so it made total sense to me to make my life about doing it. Which is kind of a real-life example of the three most important things I’ve learned about business and success:

The number of programs and strategies that I started to implement because they sounded really good and somebody told me I should, but they never felt right. And fortunately, I never followed through on any of them enough to be stuck with them. And at some point one of my coaches said to me, “I’ve never had a client who has done less of what I told them to and has done better in their business.” And it wasn’t that he wasn’t valuable to me, but what I learned was the value of learning from others is what it sparks in me in terms of making it really obvious to me what it is that I want to do. So I really do value advice, even though I rarely take it.

2. Say what you mean and mean what you say

One of the things that was surprising to me when I first got into the world of self-help and business development was how many of the gurus in the field act like they’ve never read their own books. By way of contrast, there’s a wood stain company in the U.K. called Ronseal, and their slogan is, “Does exactly what it says on the tin”. And that’s been our our unofficial business motto for years. We want to make sure that whatever we offer does exactly what it says on the tin. So I learned early on to distinguish between the people who treated their work purely as a means to make money and the people for whom their work was built on the back of something they really believed in that actually helped them in their own business and life. Since that time, I’ve made made my path by being as connected as possible to the people who mean it and being as polite as I need to to the rest.

It may seem obvious, but I think one of the things that sets us apart in what can be a very noisy field is that we actually care about the people we work with. I’m not suggesting for a moment that we’re unique in that regard, but I’ve been surprised over the years how often genuine care takes a backseat in business to short-term profit.

Perhaps unsurprisingly, it turns out that following your own path and having care and authenticity at the forefront of everything you do builds you a very loyal audience over time.

Let’s say your best friend was visiting the area and you wanted to show them the best time ever. Where would you take them? Give us a little itinerary – say it was a week long trip, where would you eat, drink, visit, hang out, etc.
Unfortunately my best friends already live in LA so I don’t get to do this, but if they didn’t, here would be a few of the things I’d make sure that we do:

Drive up to see the Hollywood sign – it’s soooo iconic, and while I’ve only been up close and personal to it a couple of times, it still gives a thrill each time I drive by it.

Play a round of golf at the Woodland Hills Country Club – it was built in the 1920’s when Woodland Hills was a bit of an actor’s colony, and is a hidden gem of a course nestled in the Topanga foothills.

Go to the Getty – I don’t even like museums as a rule, but the Getty is a work of art in its own right and there’s always some cool exhibit happening whenever I go.

Hang out in Santa Monica – between biking by the pier, enjoying the ocean, lunching at all the great restaurants, or just shopping on the promenade, it’s been one of my favorite places to go since we first arrived here back in 2000.
Go to a Dodger’s game – still one of the most iconic and beautiful stadiums to take in a baseball game anywhere in the country.

Have dinner at Paradise Cove in Malibu – a tough choice with Geoffrey’s nearby, Yamashiro offering up epic views from the Hollywood Hills, or WP24 serving up Wolfgang Puck inspired Chinese food with equally epic views out over the city, but there’s something about sipping margaritas and eating fresh seafood with your feet in the sand that feels uniquely LA to me! 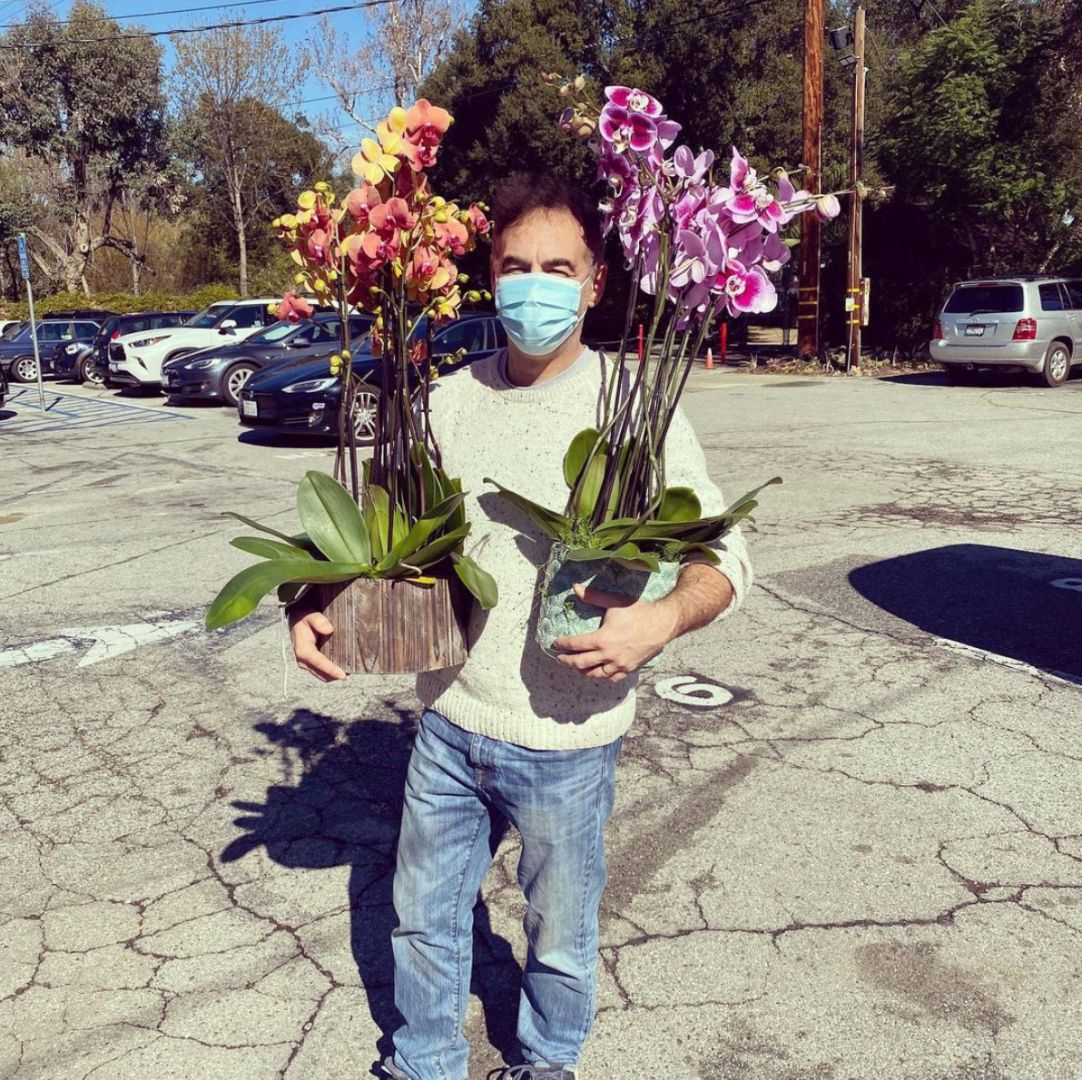 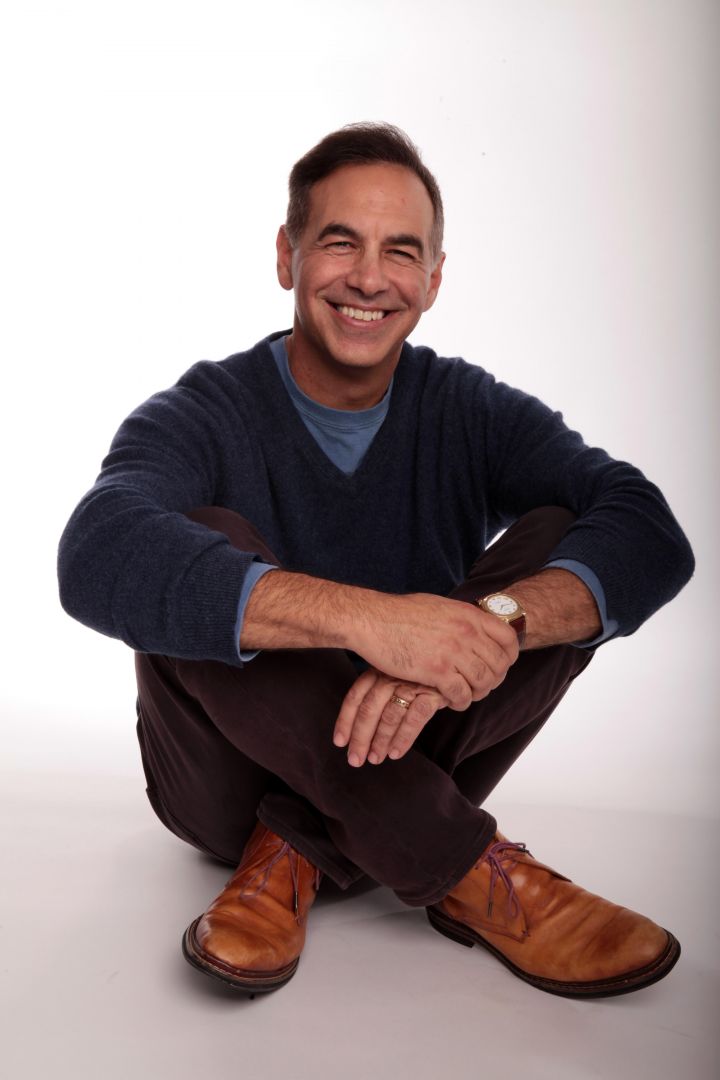 Shoutout is all about shouting out others who you feel deserve additional recognition and exposure. Who would you like to shoutout?
I would say a lot of who I am as both a man and a human are down to a happy accident of birth. My father was a steady presence in my life, but I didn’t realize how much he’d influenced my way of being in the world until he was killed by a car while crossing the street in our hometown. While I don’t remember him ever formally teaching me any “life lessons”, his honesty, kindness, and love for his work had already become the model and basis for how I approached pretty much everything in life. He was an engineer who worked on some pretty cool projects, including helping to design and build the legs for the original lunar module and the first in-air refueling probes for helicopters, but if you asked him about himself he probably would have talked about his wife and kids, the Boston Red Sox, or even more likely just changed the subject so that he could get to know you better.

Meet Josh Pais: Actor, and founder of the Committed Impulse approach to acting and presence training.