We had the good fortune of connecting with Mitali Khare and we’ve shared our conversation below.

Hi Mitali, why did you pursue a creative career?
When I was little the only way I knew how to communicate was through art. I was a shy kid so whenever it came to expressing my feelings I would draw it out or make small greeting cards and collages. When the time came, I was still wiggling my way through visual communication until this one Sunday me and a friend of mine were sitting in front of a historical monument and all I could do was stare at this structure flaunting the mughal motifs, it was a weird realisation because I was following the light fall on the pillars and ridges and then it blended into a tree, all I wanted to know in that moment was what the story was behind each of those lines and I wanted to capture it anyhow; so I tried to sketch it, didn’t do any justice and then clicked a picture as well. Now that I look back at it, it still lacks the storytelling but that’s when I knew how much I adored the visual elements and the harmony it exists in. Over the period of time, I did my undergrad in Sculpting and more than making the sculpture itself I wanted to document the story behind each of those artworks so I started leaning towards Filmmaking. I wasn’t sure I wanted to be a filmmaker but around the second semester during my Masters, I fell head over heels for the process knowing that this is the most powerful visual medium there is. A perfect combination of stories, experiences and visual art; from ideation to actualisation, making movies is a thoroughly creative process and I’m glad I get to do this every single day. 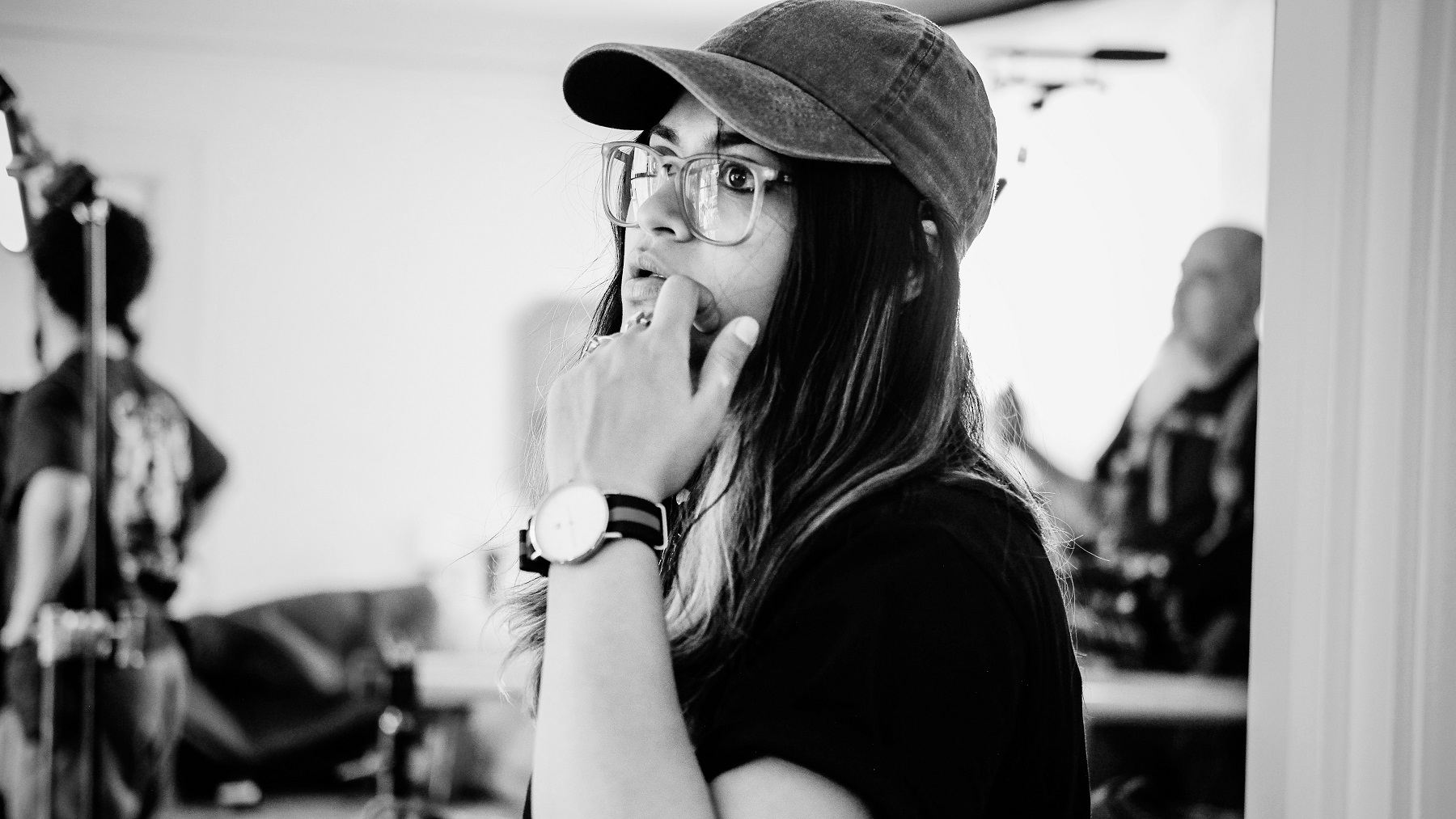 I absolutely enjoy bringing stories to life. There’s a vein of passion that rushes within when I get to collaborate with amazing storytellers. Witnessing the whole process right from development until it’s ready to screen is thoroughly enjoyable, it keeps me on my toes. When you get to see how the story morphs and adapts through various stages of the production, especially when you have the right cast and crew, they bring their own stance towards a vision which was once just an idea and it grows into this big accumulation of creative efforts and expertise while keeping the theme intact is simply magical and to be honest quite unreal. I believe a producer is the one who needs to make it happen no matter what without hindering the creativity and make small compromises instead of putting barriers that seem unapproachable. You’ve got to know your no’s. I think there’s a long ongoing debate of money vs story, which one do you put first and how you do so defines the film. I’m just starting out in my career but to my knowledge the two go hand in hand and it’s just a matter of making the call of need vs want and as long as you know the script and what experience you want to impart to the audience you’d be able to make the right call. The amalgamation of creativity and logistical application makes this whole process of producing intriguing every step of the way. There’s peace amidst this chaotic process which lets me use all the skills and tools I have pushing me to explore and bring new ideas and solutions to the table.

No, it most definitely hasn’t been easy, from seeing every door being shut on your face, every other person telling you that you’re not capable of doing this, being questioned at every point that women produce films? Being dismissed, talked over and degraded just because you’re a short woman of colour and having to prove myself and my worth over and over again is exhausting. Granted the struggles cannot be compared and I’ve had the chance to get to where I am with the help of my loved ones and have had the basic necessities at all times which is a huge privilege in itself. And I could never thank them enough, it’s just that it’s a fight that most of us have to make every single day but this is the career I love and thankfully I’m surrounded by strong talented female filmmakers who are standing alongside me and it’s just a matter of time till we break all those doors down.

The creative journey has had its ups and downs,I’ve made plenty of mistakes and I never want to stop learning. I’ve grown with every film I’ve produced, with every set I’ve been on. Working with visual arts and sculpting before stepping into filmmaking lets me create the whole world in my head while reading the script or hearing the treatment. That in itself lets me know If the story calls out to me or if I’m the right person to produce it. Would I be able to give it justice or not. There’s a checklist of questions that goes through my brain before I latch on to a project, which is really important, else what’s the point of it all.

My story is pretty straightforward, I’m just trying to bring genuine stories on the table and give it everything I have to make it work and create a complete piece that brings about an actual change, sparks real conversations and showcases a different perspective. It brings me excitement, joy, anxiety, stress all at the same time, and it’s beautiful.

If you had a friend visiting you, what are some of the local spots you’d want to take them around to?
We always joke around that every neighbourhood in LA is like a different city altogether which makes it wonderfully weird. Here’s the list : Picnic at Griffith park, sunset at point dume, gelato at Pinnochio’s, ramen from Fukurou, drinks at zebulon or at Monty’s, a day at the Broad museum and LACMA, and coffee from Go get em tiger and the verve in arts district, blue bottle in beverly!

Shoutout is all about shouting out others who you feel deserve additional recognition and exposure. Who would you like to shoutout?
Mom, Dad and my sister have been the constant driving force and a safety net through the various phases I’ve had to go through. Alyssa, Amy and Fernanda for constantly trusting me with their stories and keeping me inspired. New York Film Academy plays a huge role in bringing me close to the people I’m surrounded with now, I get to work with amazing directors and cinematographers and screenwriters right from this early stage which I think is a huge part of this collaborative process.