We had the good fortune of connecting with Moira Cue and we’ve shared our conversation below.

Hi Moira, what matters most to you?
Integrity matters more than anything. Success is great–but as a painter, for example, you don’t really know if you’re successful until 100 years after you’re dead. So if you bring integrity to the artistic process; you’re not influenced by the cognitive frame of your own time period so much as you are aware of it, you may be undervalued while you are making art or in the early or middle stages of your career, at best. But if you maintain that integrity your work will not only have longevity, it will have a positive impact on the consciousness of the future. 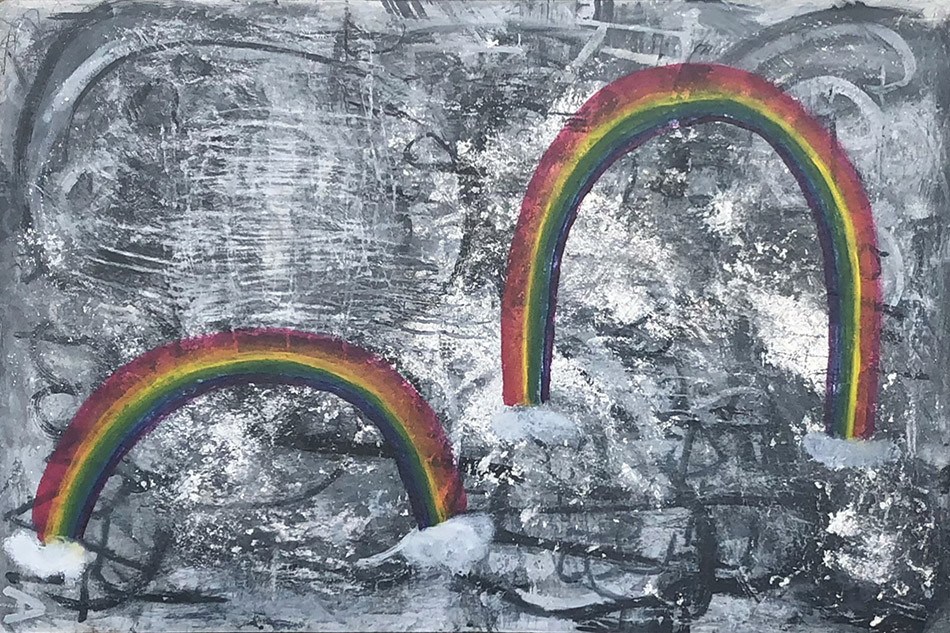 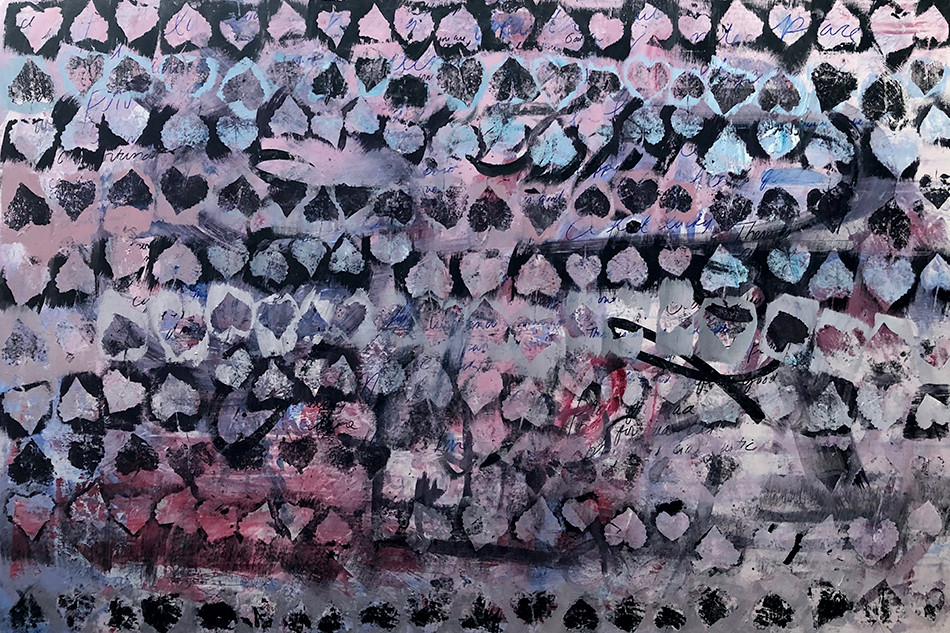 Alright, so let’s move onto what keeps you busy professionally?
For the sake of brevity we’ll stick to painting. I’m working on a series right now on the themes of women, representation, democracy, art history and the body. But I’m not showing or talking about this series. Yet.

I’m currently welcoming sales and exhibition opportunities for the Virtue Series. From late 2015 until mid-2020, I created 108 six foot by four foot abstract paintings by translating positive words (“virtues”) from languages all over the world. Including extinct (cuniform), theoretical (math or braille), conceptual (how do plants talk?) and coded or magical (eg. alchemy) languages.

I like paintings that you can look at a long time. When I go to a museum or gallery, I am hungry for a brain workout and I’m going to be agitated if the work can be digested in ten seconds. I recently visited Chicago just to see the Monet exhibit and I could have gone back every day for a month because of the profound visual complexity of that work.

And with the Virtue Series, there are stories inside stories. Geopolitical comments about historical oppressions, for example, and puns about other paintings. They’re all built like puzzles. A friend of mine from a recent critique group used the phrase “a deeply felt response to today’s distressed world,” to describe this series and I quoted her on my website because that’s it in a nutshell.

We are facing many intersectional crisis as a species: the evil -isms. But the umbrella they’re all under is the air we breathe, the climate crisis. And so the challenge is to coordinate, in a polyglot yet globalized world, a response that can back up the doomsday clock.

The time period of the Virtue Series roughly corresponded to the years of the Trump Administration, or the Resistance Era. That was a painful time period for me personally as well. I love America. I love my country so much that I took it personally that we had a president who had coordinated his campaign with a foreign autocrat. I internalized it, and like a number of people I know in the activist community I was in pain physically (although there were physical causes as well as psychological). So the challenge for me was just making it out of that dark time and place. A lot of people have felt the same way during the pandemic, or during the fires this past fall.

This series is also, on a metaphysical level (though I don’t like the word, it’s too woo-woo, but I don’t know what other word to use) it’s about placing good intentions into the mass consciousness, and about healing the mind. Healing the world. Offering something positive.

Right now things are looking up. I’m so glad Joe Biden got elected. I’m excited about what’s happening with electric vehicles and I think America has a chance to show the world moral leadership again. To really do democratic reform for the first time in my life. It is just bat—t that the 50 Democrat senators represent 40 million more people than the 50 Republicans. That’s broken. We have to make it work for real people. But we have a chance, to build a better, more democratic democracy.

If you had a friend visiting you, what are some of the local spots you’d want to take them around to?
I am a big nature lover as well as an art lover. So we’d definitely be doing a hike somewhere in the National Forest. I also love to cook. I do seasonal and organic, very California-fusion. For a good friend or family I’d be cooking at home. And then the museums are just starting to open back up, and we’d do the Broad, the LACMA, the MOCA, some galleries. And the beach. Typical LA stuff. 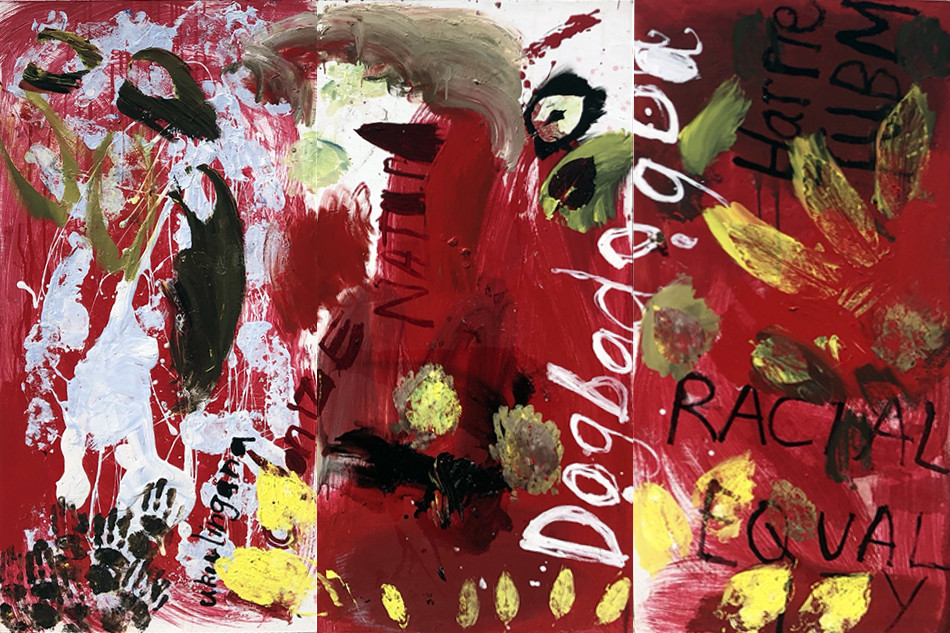 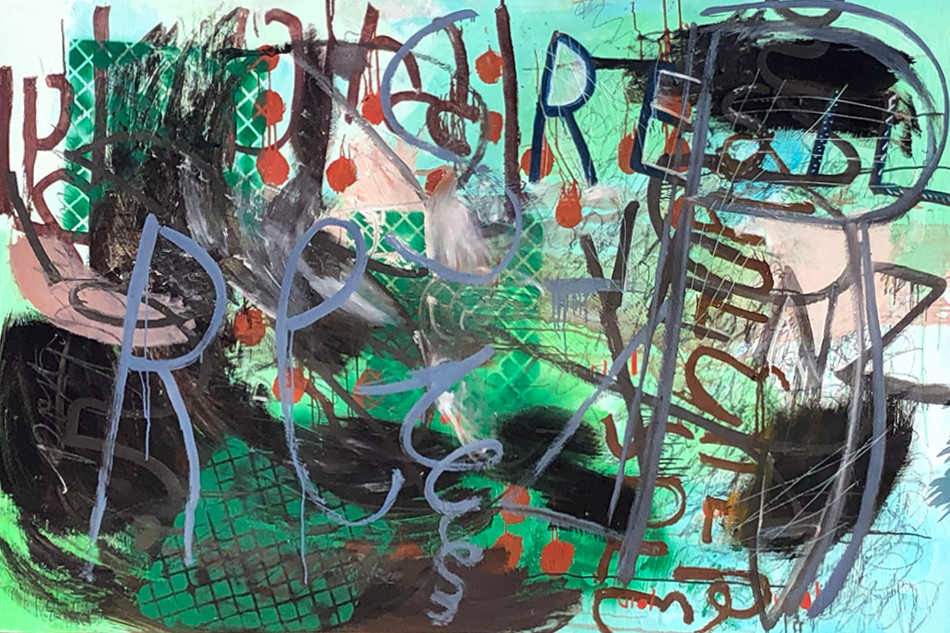 Shoutout is all about shouting out others who you feel deserve additional recognition and exposure. Who would you like to shoutout?
My friend Brooke Teal Robbins, who founded the Indivisible Suffragists in 2017, encourages women’s full participation in political and civic life.