We had the good fortune of connecting with Neil Rambaldi and we’ve shared our conversation below.

Hi Neil, why did you decide to pursue a creative path?
Music (and specifically through the guitar and songwriting) has given me a vehicle of joy and expression like no other path, so it felt only natural to pursue an artistic career. This path has also raised my vibration spiritually, because I have followed my “calling” to make music my life—or perhaps better stated—I have aligned with my true purpose, which includes music. It has taught me character and discipline on both musical and personal levels, which I feel are all great reasons to take such a career path. 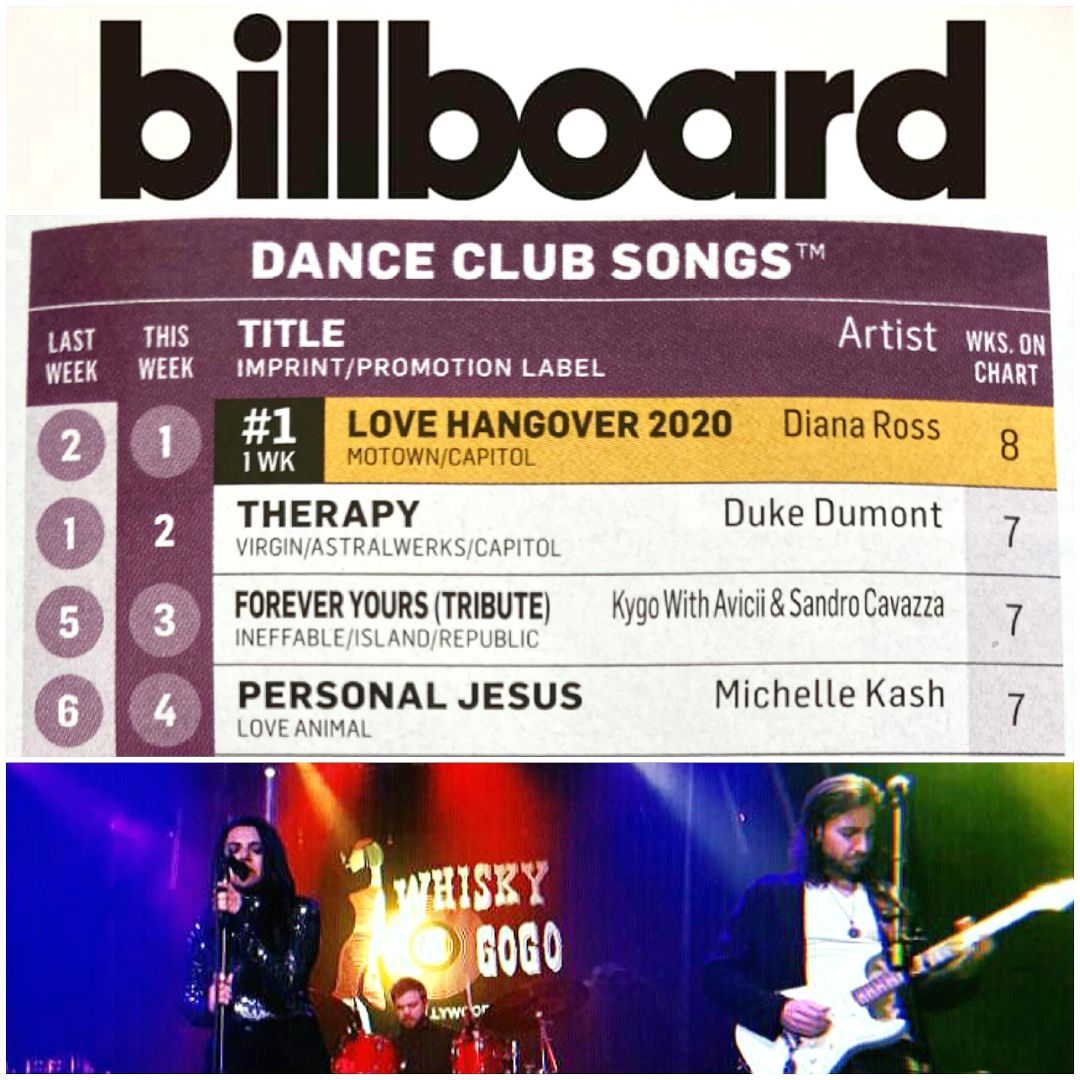 Thank you very much. As a guitarist, vocalist, recording artist, songwriter, and composer, I have produced and released two solo albums to date—titled “A Call To The Wild” and “Perpetual Horizon”—and am working on my third one. Right now I am also getting ready for a stripped-down solo acoustic U.S. Southwest tour being set up for the end of this year, which I am looking very forward to.

I am grateful to also have had many of my songs and/or my guitar playing used in TV, film, and other media over the years—including projects for or featured on ESPN Films, National Geographic, AMC TV, MTV, Fuel TV, Audi of America, specifically including projects such as the feature film “199 Lives: The Travis Pastrana Story,” the Wii “Dancing With The Stars” video game, two adventure sports series including “Nomads” on National Geographic internationally and the DVD series “Nitro Circus” among other projects.

I’ve also done a lot of session guitar work doing multiple styles from rock to pop, blues, soul, rhythm & blues, jazz, hard rock, Latin jazz, flamenco-influenced guitar, Americana, classical guitar and more—both in the studio and live, as well as songwriting, song arranging, music directing, and producing with other artists. More recently, this includes lead guitar and song arrangement on Michelle Kash’s #4 hit on the Billboard Dance Club charts in 2020 for her cover of “Personal Jesus,” which was produced by Aaron Kamin of The Calling (of RCA records). In addition to collaborating with these great artists, I have shared the stage either touring and locally or collaborated in various capacities in the studio setting with many other amazing artists and musicians including Lilian Garcia (of Universal Records and WWE), Merlinmoon, Gabriela (of Trans-Siberian Orchestra), Nuno Bettencourt (of Extreme & Rihanna), Stu Hamm (of Joe Satriani and Steve Vai), Demian Arriaga (of Miley Cyrus, The Jonas Brothers, Nick Jonas, and formerly with Richie Kotzen), Carl Restivo (Tom Morello’s music director and touring bassist), Kenny Simmons (of Motown Records’ The Commodores), Ty Oliver (of Powerman 5000), Spacey T. (of Fishbone and Sound Barrier), and John Taglieri (of R2 Records), among many others. Besides on Michelle Kash’s #4 hit and another single of hers, I also have worked as her live guitarist, music director, and backing vocalist since 2016.

Additionally, I have been teaching my craft as a guitar instructor for many years, including hundreds of students from not only Los Angeles, New York, and New Jersey (where I am originally from), but now from all over the country and the world via Skype. Some of my past or current students your readers may have heard of are Phoebe Bridgers (multi-Grammy nominated solo artist), Alicia Vigil (touring bassist of DragonForce and frontwoman for Vigil Of War), Andrew Wells (platinum-selling producer, songwriter and multi-instrumentalist with credits including Jason Mraz, Celine Dion, Halsey, and Phoebe Bridgers), members of The Regrettes (Warner Brothers Records), guitarist Waylon Rector of The Drums, guitarist/frontman Finn Bell of Love Ghost, guitarist/producer Mark Raggio, and many others. People can always contact me through my website, NeilRambaldi.com, if they are interested in lessons. Along with guitar of many styles, and at all levels and ages, I also teach music theory and ear training.

Regarding some of my beginnings, I studied music through formal training both on my own using books and my ears as well as through the education system, receiving a B.A. in Music from William Paterson University, and also attending a Guitar Sessions program at Berklee College of Music in the late 1990s. Parallel to my music career as a musician, songwriter, and artist, I started out also with a career in music production working for various studios in the New York City and New Jersey area, including working for Sony Music Studios in New York. Back then I had the pleasure of working alongside some great musical talent in the studio including Marc Anthony and Charles Earland among many others, and music production talent including Bob Power, Michael Brauer, and others. I was actually offered a position to work full time as Michael Brauer’s right-hand assistant engineer, but it was at the time when I began performing, writing, and recording my own music more seriously, so I had to decline his offer. Those were fun times like today, but very different times compared to what my career and lifestyle is now! 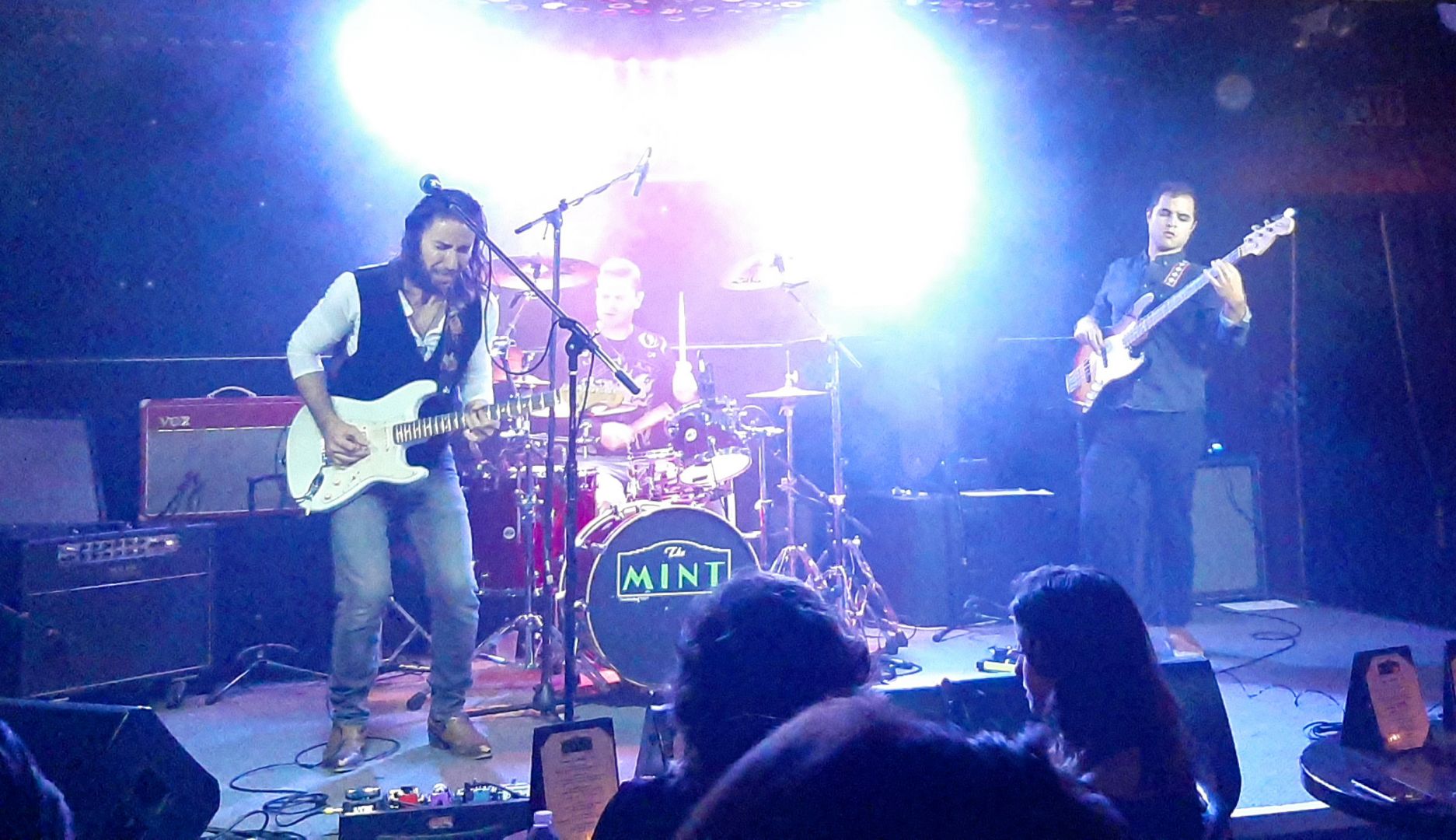 If you had a friend visiting you, what are some of the local spots you’d want to take them around to?
I always recommend places and things like Griffith Observatory, a virtuoso performance at The Baked Potato, or a concert at either The Greek Theater or Hollywood Bowl. All of which are very unique as far as offerings of any city. Also most notably worth checking out (in my opinion) are the surroundings outside of L.A. such as Topanga, Malibu, the San Gabriel Mountains, or the more nearby Santa Monica. All of these are great. 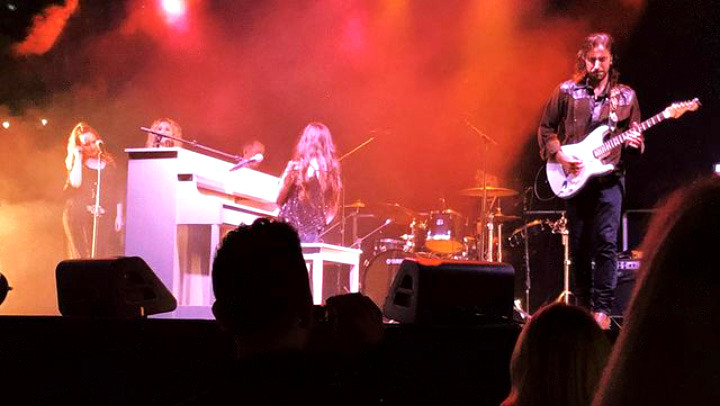 I am abundantly grateful for and want to give a shoutout to my supportive family, friends, and fans in many parts of the country and the world who have all been hugely supportive over the years. My parents in particular—with my father being an immigrant from Italy who came here in the 1950s with his family starting out with nothing, and my mother also coming from an Italian immigrant family cut from the same cloth—have taught me so much about good character and hard work. 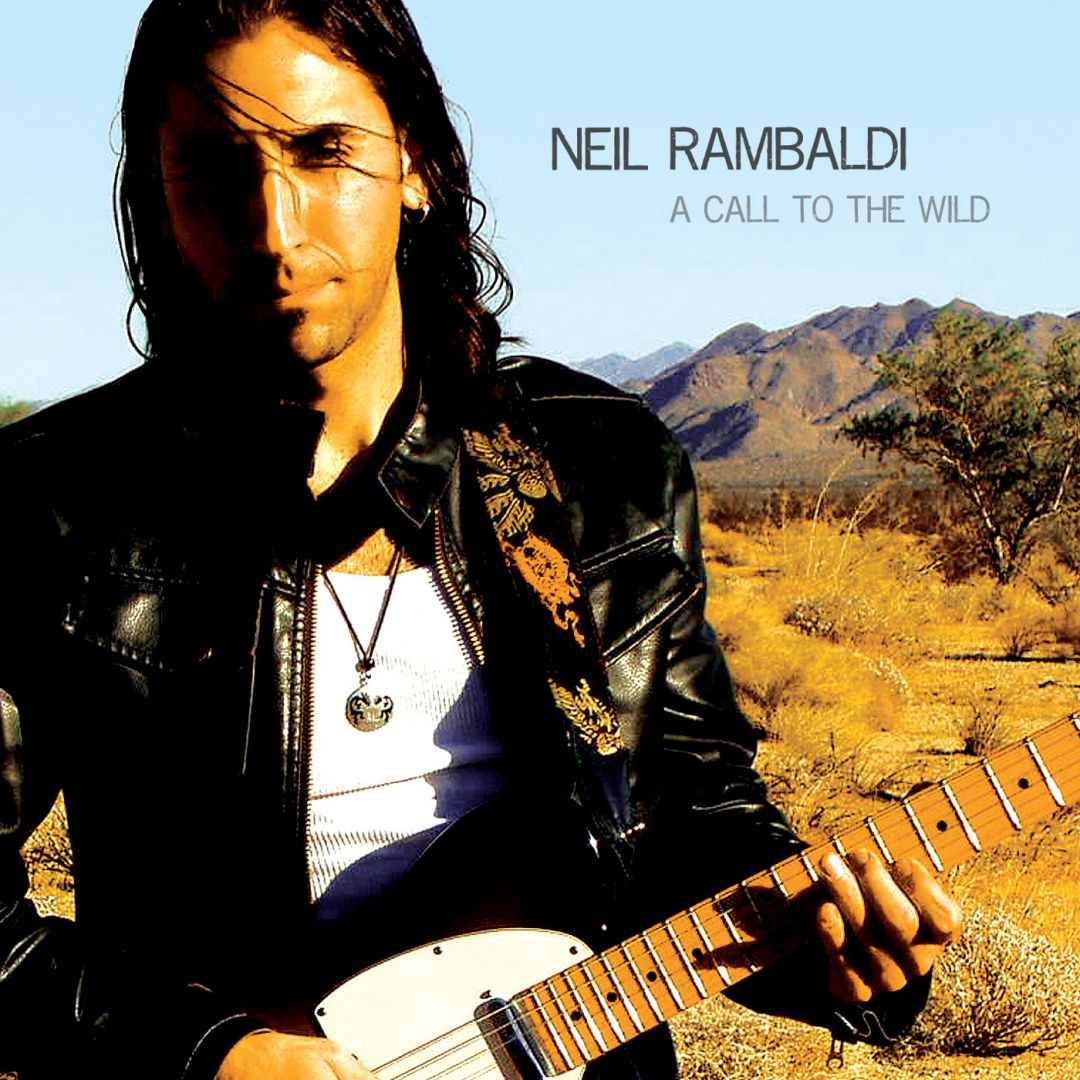 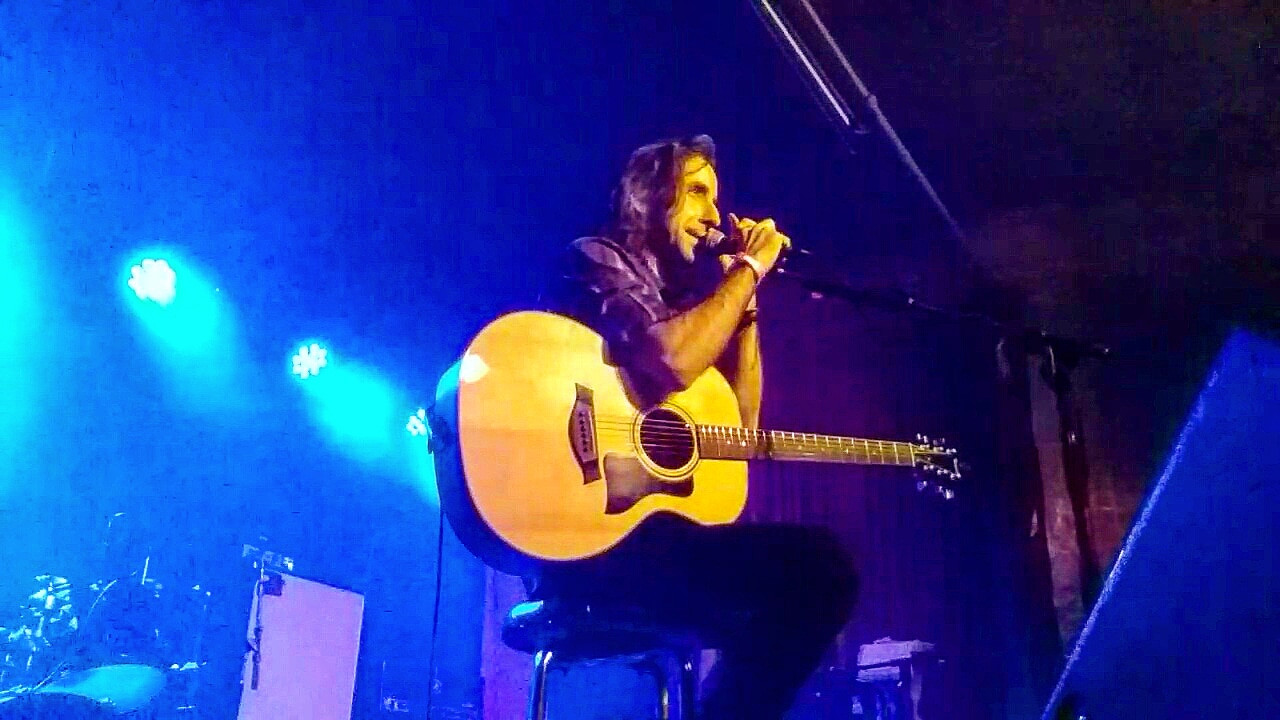