We had the good fortune of connecting with Nick Mancini and we’ve shared our conversation below.

Hi Nick, have there been any changes in how you think about work-life balance?
I never imagined that the process of finding the balance between a healthy home life, and a rich artistic life would be the impetus for me to dig the deepest. When I first moved to NYC in the mid-90’s, I was so singularly focused on my artistry and career that I couldn’t possibly imagine ever being married and having children, and especially living a sub-urban life-style. Even though I was always in one serious romantic relationship or another, my mind set caused a lot of strife and difficulties because every time it became obvious that the relationship should move to the next level, I would rebel and burn it down. I was convinced that a serious relationship came with trappings which would ultimately keep me from my goal of becoming a great, and sought after musician. Fast forward to today, as I sit in the living room of my sub-urban house in Tulsa OK with my wife and 18 month old daughter, and I feel as though I’ve only now finally come into my own as an artist. In fact, the next 20 years, I believe, will be the most exciting and fruitful. Some people are able to stay single, and fully committed to their artistry and do really great work. I have never been my highest self in that capacity. I’ve always needed an external reason to persevere. Keeping my family moving in a positive direction toward a better life has become my main impetus for getting back to practicing, and writing and creating a world in which I am proud and excited to raise my family. 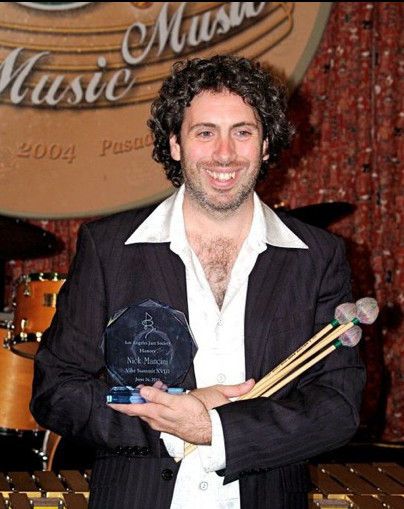 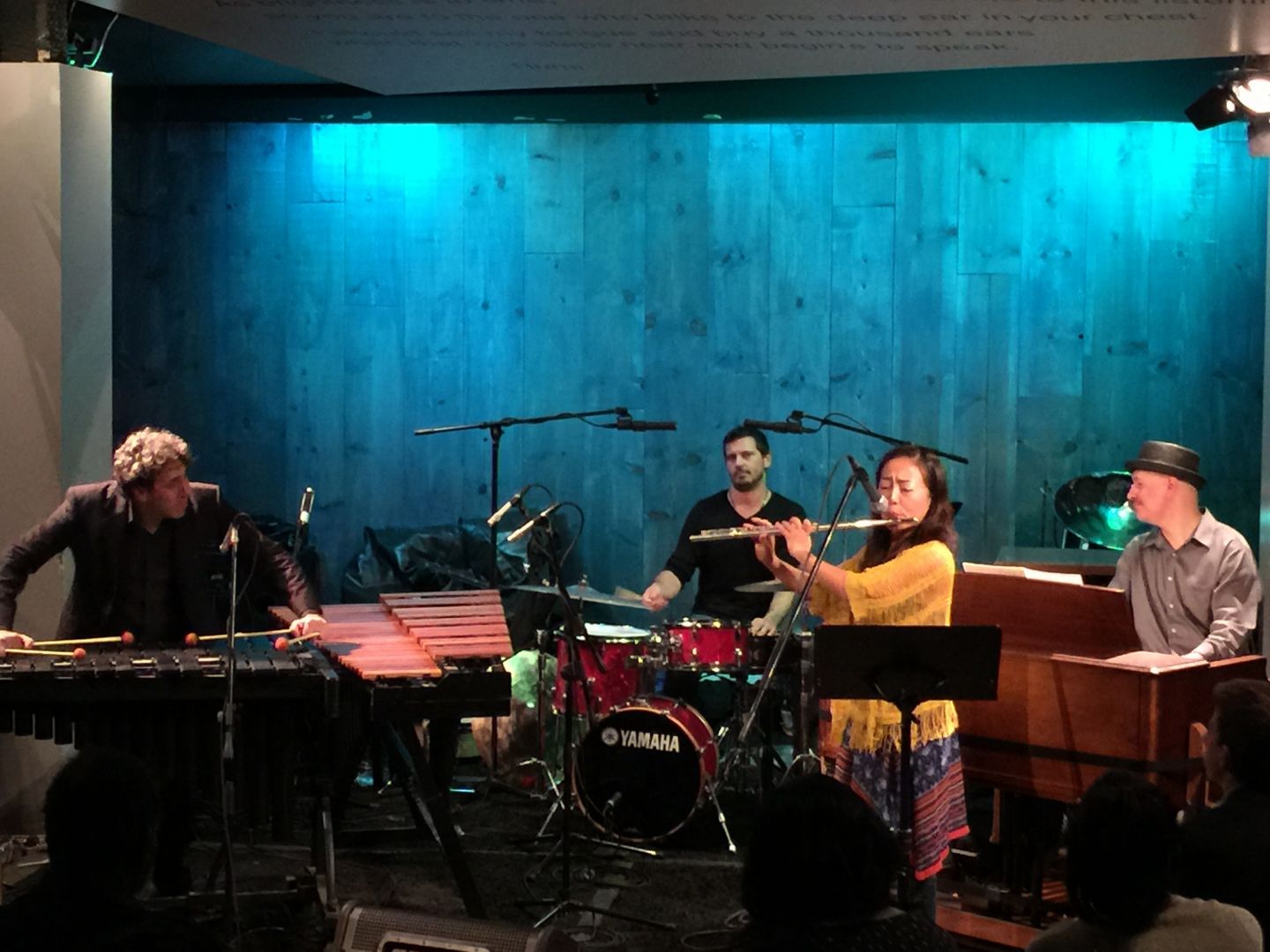 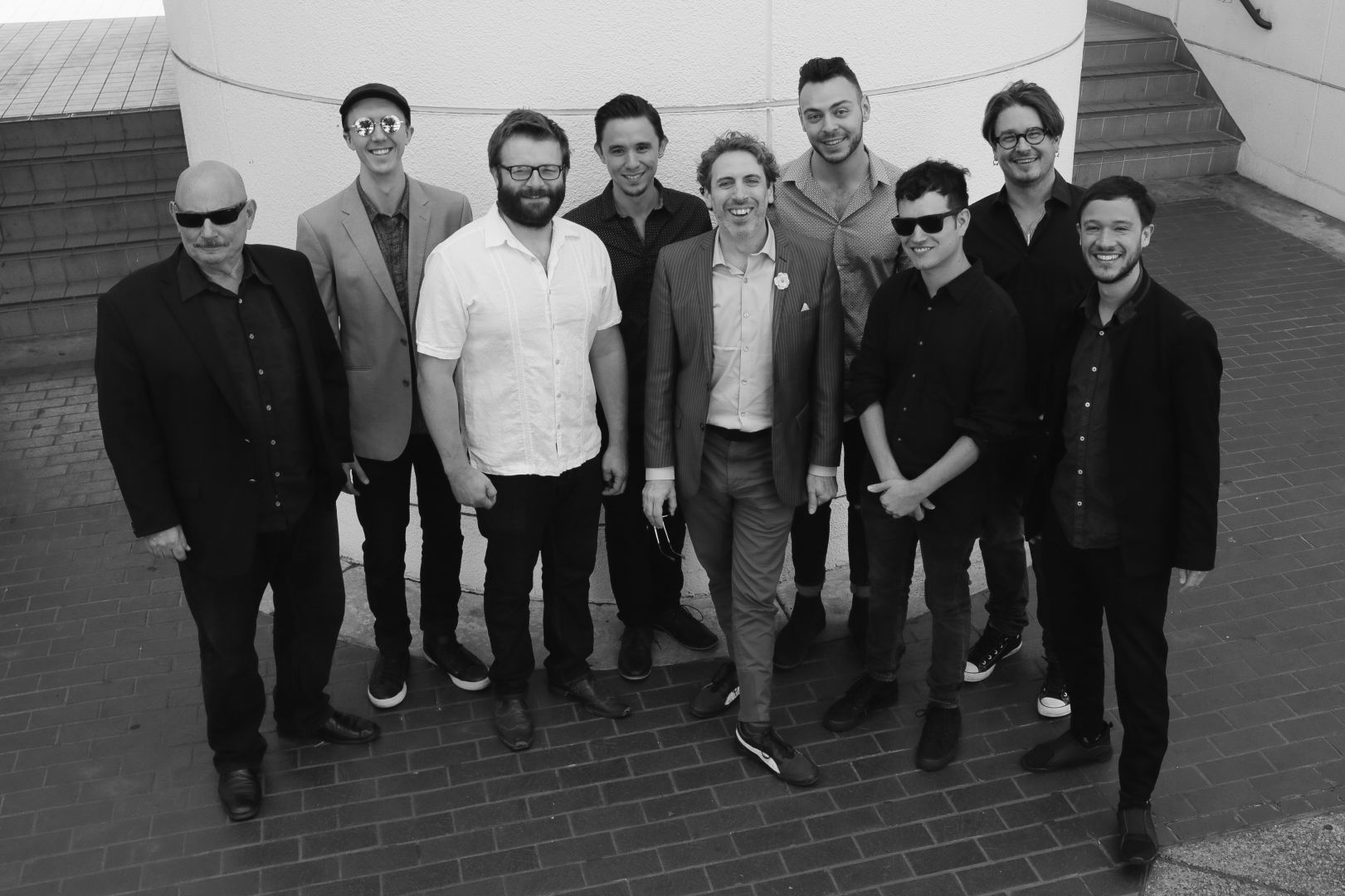 Let’s talk shop? Tell us more about your career, what can you share with our community?
My main mode of expression is on the vibraphone, which is a percussion instrument that is played with mallets but has a keyboard and a sustain, both of which are modeled after the piano. Mainly I participate in musical settings that are instrumentally driven and place a high priority on improvisation. I am also a composer. I’ve been composing my own material for 25 years, and have recorded many projects of original compositions under my own name which feature a variety of different instrumental combinations, ranging from a duo with me and a pianist to my 9-piece collective. I not only lead my own ensembles, but I stay very busy as a sideman on multiple on-going projects as well as one-off freelance projects. I’d have to say that some of the greatest lessons I’ve learned have all centered around embracing humility. As a band leader, I have realized that the best thing I can do is to allow the musicians I’ve assembled to be themselves and to create a space for each of them to explore the music in real time using their instincts and intuition. As a sideman, it’s important to recognize the vision of the band leader, connect with the other musicians in the group and create something that is enjoyable for the audience while being engaging for the musicians. This is only possible when you abandon your ego. Then the music has the chance to speak authentically through you. It’s been a long and rewarding road to the place where I currently am, both professionally and artistically speaking. It wasn’t easy. I came to my instrument relatively late, and was always playing catch up with my colleagues. I don’t mind this because I thrive on challenges and friendly competition. the 10 years I spent in NYC taught me how to not lose myself, stay competitive, and artistically engaged. I learned to not give up, and ultimately how to thrive. These experiences and insights have led me to be a powerful ally for my students as well. I would hope that path to where I am now can serve as a source of inspiration for those who have the desire and drive to make music the main fixture in their professional lives, even if they come from humble backgrounds, or are not initially of the pedigree class of musicians.

Let’s say your best friend was visiting the area and you wanted to show them the best time ever. Where would you take them? Give us a little itinerary – say it was a week long trip, where would you eat, drink, visit, hang out, etc.
I like to start as far west as possible and end in the mountains. Pick up at LAX, and immediately hit the Veggie Grill just south of the airport. Then we take the coast highway to Santa Monica and drive north to Point Dume and then up and over Kanan pass. Before it had closed I would have insisted on taking in a show at The Blue Whale in downtown. Maybe grab some food in Little Tokyo. On a different day, a trip to Los Olivos for a visit to the many different wine tasting rooms available there and then down the hill for dinner in Santa Barbara. A hike through Griffith Park or in Malibu. My wife and I (and toddler) lead a vegan lifestyles, so all of the restaurants would be that. We love Greenleaves vegan thai in Los Feliz and My Vegan (also thai) in Eagle Rock. Pura Vita is amazing, featuring a bunch of old world homemade recipes which have been veganized. We’d enjoy kicking up and down York St in Highland Park, stopping in pubs and record shops, and maybe a doughnut or two at Donut Friend (all vegan of course). And then finally a night of billiards at GreenRoom Billiards in Glendale. 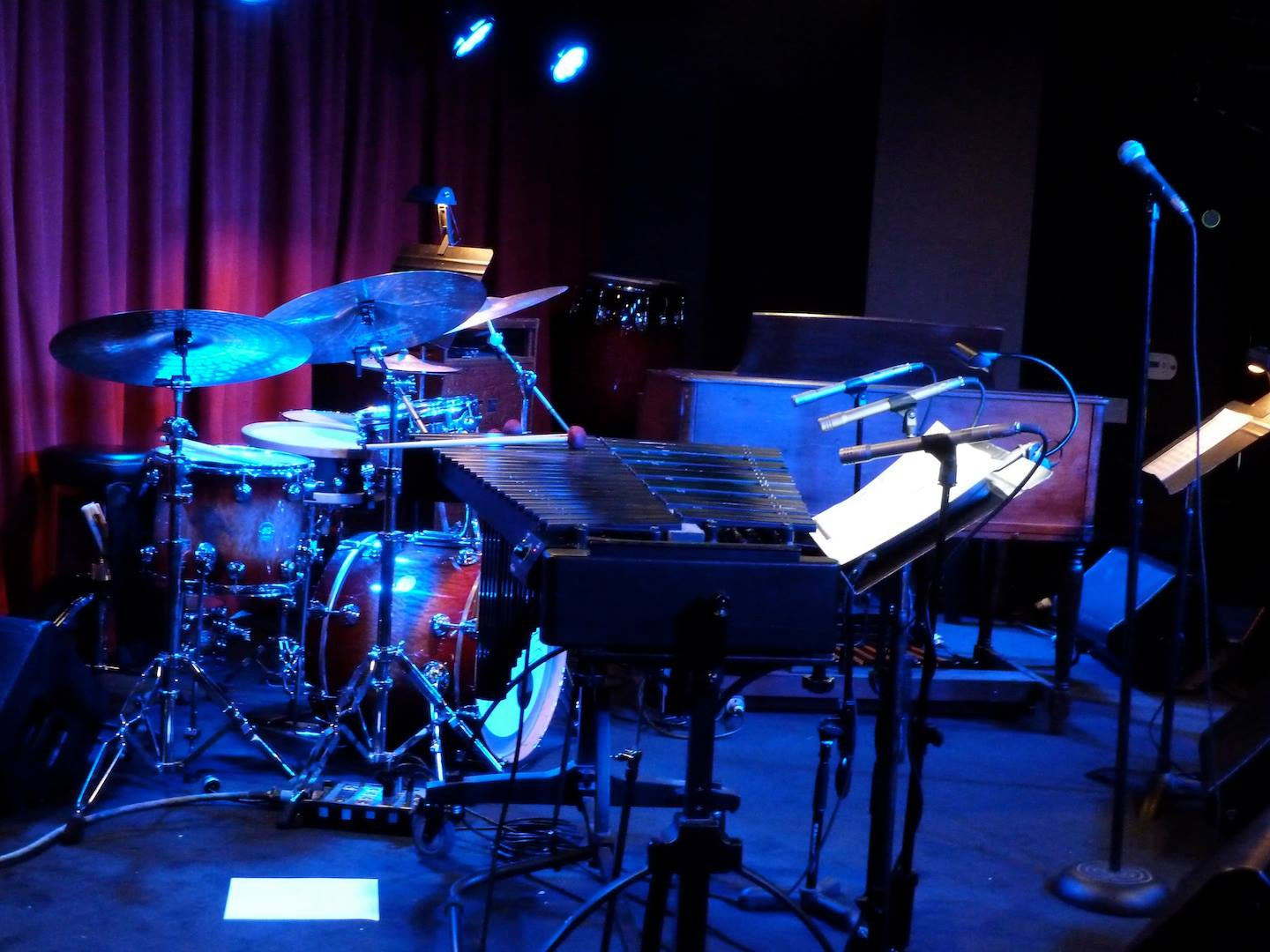 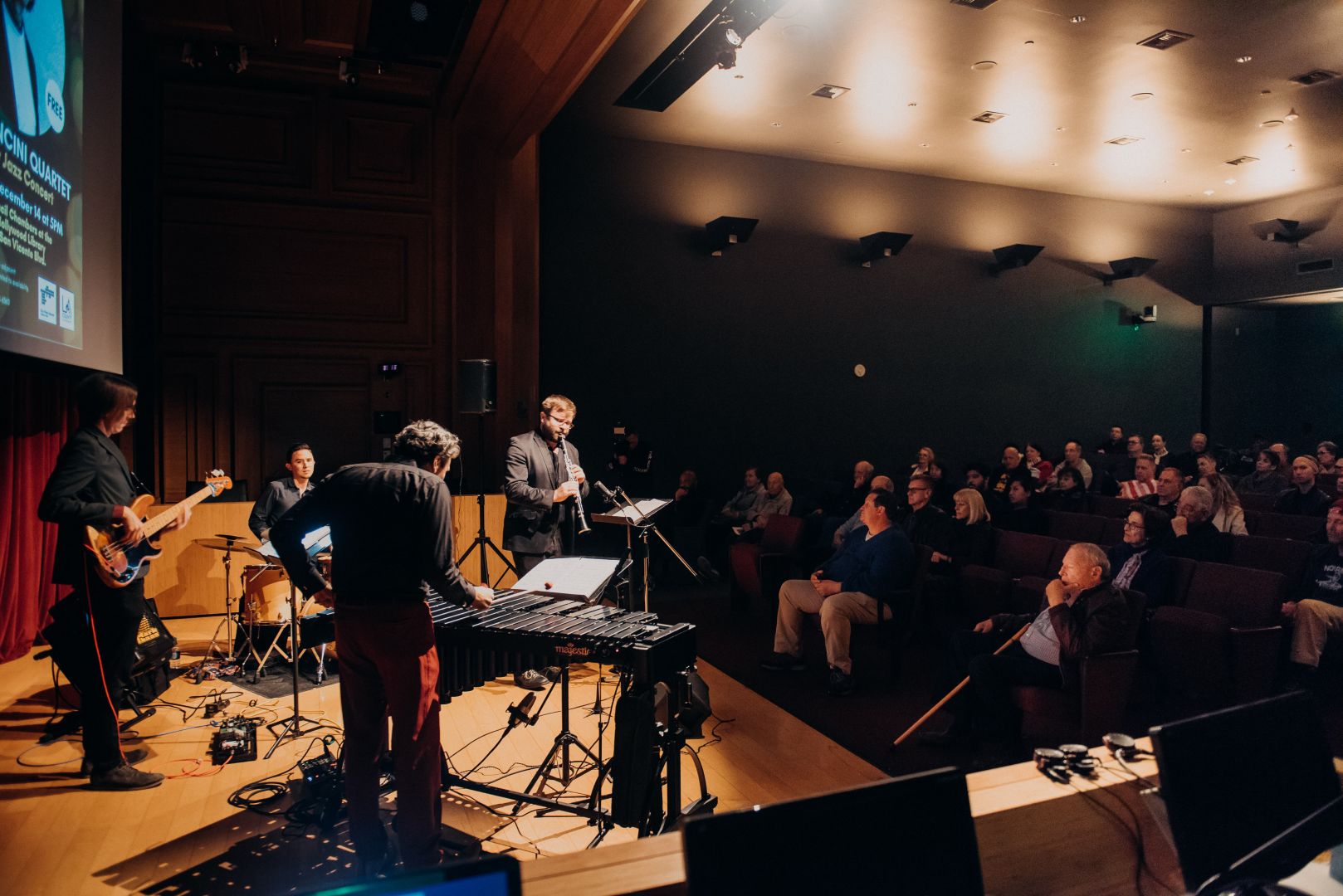 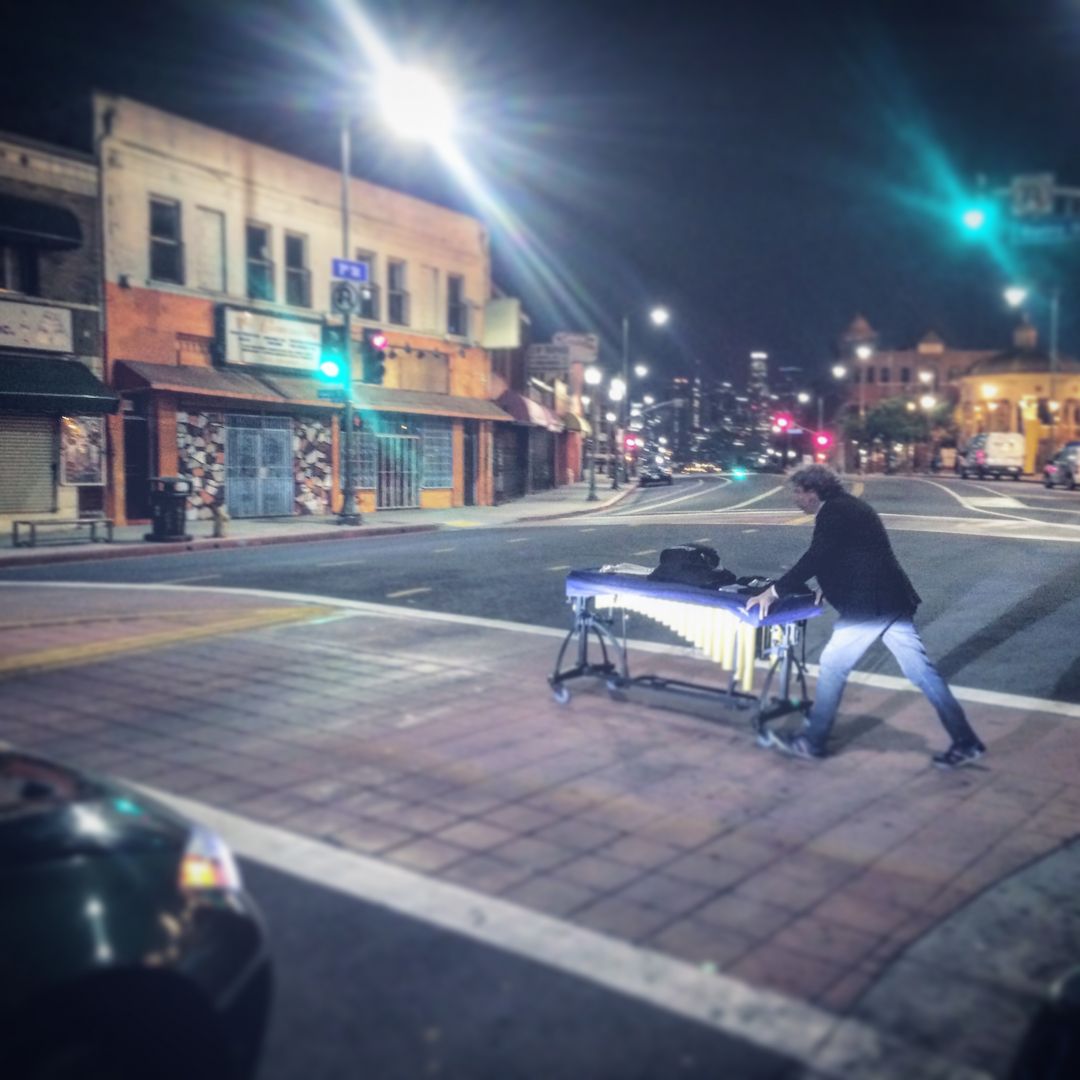 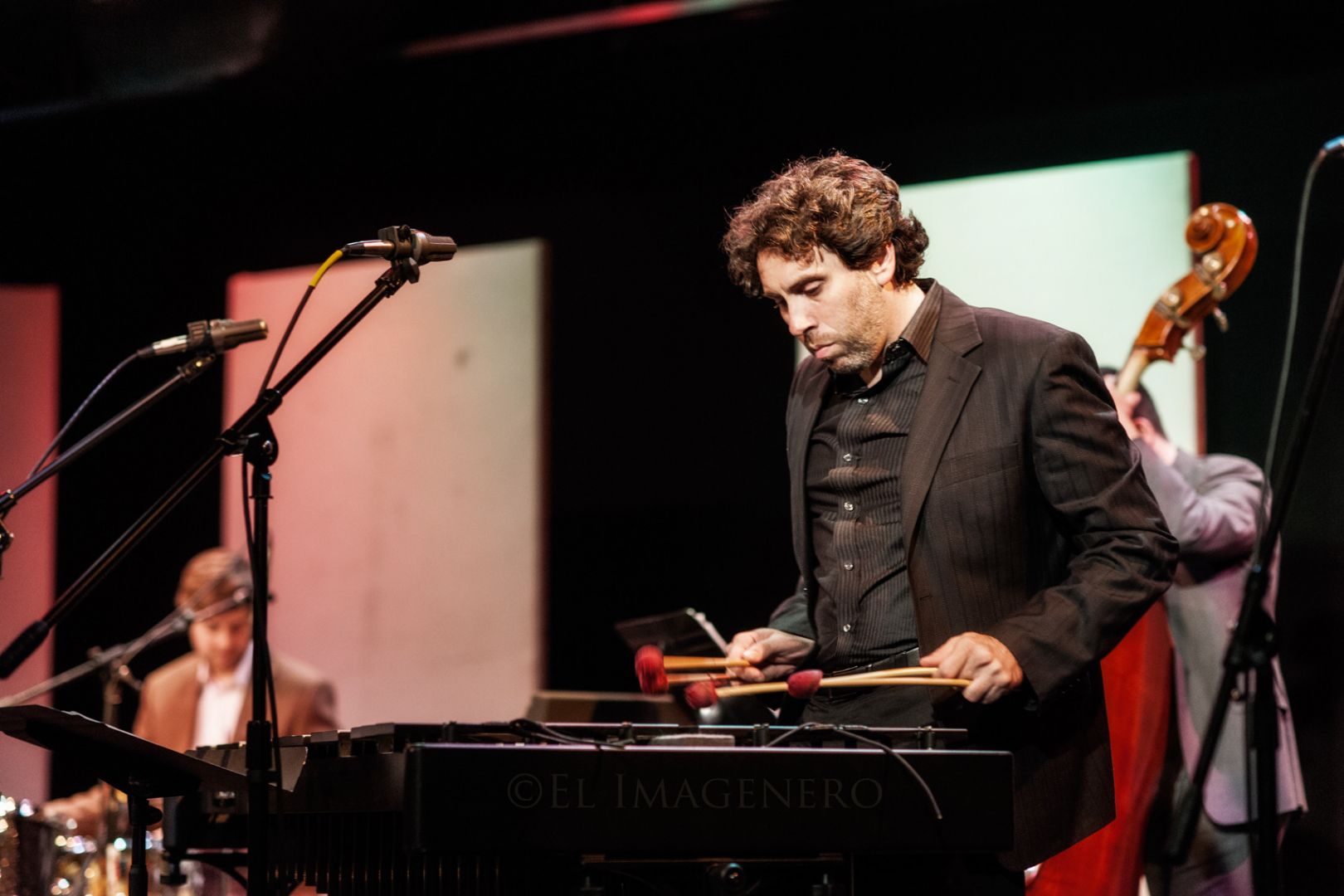 Shoutout is all about shouting out others who you feel deserve additional recognition and exposure. Who would you like to shoutout?
Honestly, I have to recognize my parents. They were the ones who instilled in me the idea that if I stayed the course, worked hard, and kept joy in the forefront of my aspirations, that I would be able to achieve my goal. They are both gone now, but, it was their unflinching belief that I had something to offer the world in the way of my music, and their unfailing support in the effort that kept me focused and diligent in my pursuit. In addition to that, the book “Effortless Mastery” by Kenny Werner (which my friend Travis Sullivan hipped me to) was hugely influential in relearning how to enjoy the process of learning and practicing, and bringing the joy back into music, which had been obfuscated by the rigors of conservatory training. Finally, my wife has proven to be an invaluable member of my support community. She’s brilliant about people and how we function, she herself is a great musician, and she has total belief in my ability to be a great father, husband, and artist.