We had the good fortune of connecting with Pranay Reddy and we’ve shared our conversation below.

Hi Pranay, is there something that you feel is most responsible for your success?
It is most probably in a desire to build and to see a thriving arts community grow, and the support of that community which in turn contributes to my growth. It’s this feedback loop which I’m luck to have, and contributes to my and the organization’s evolution. 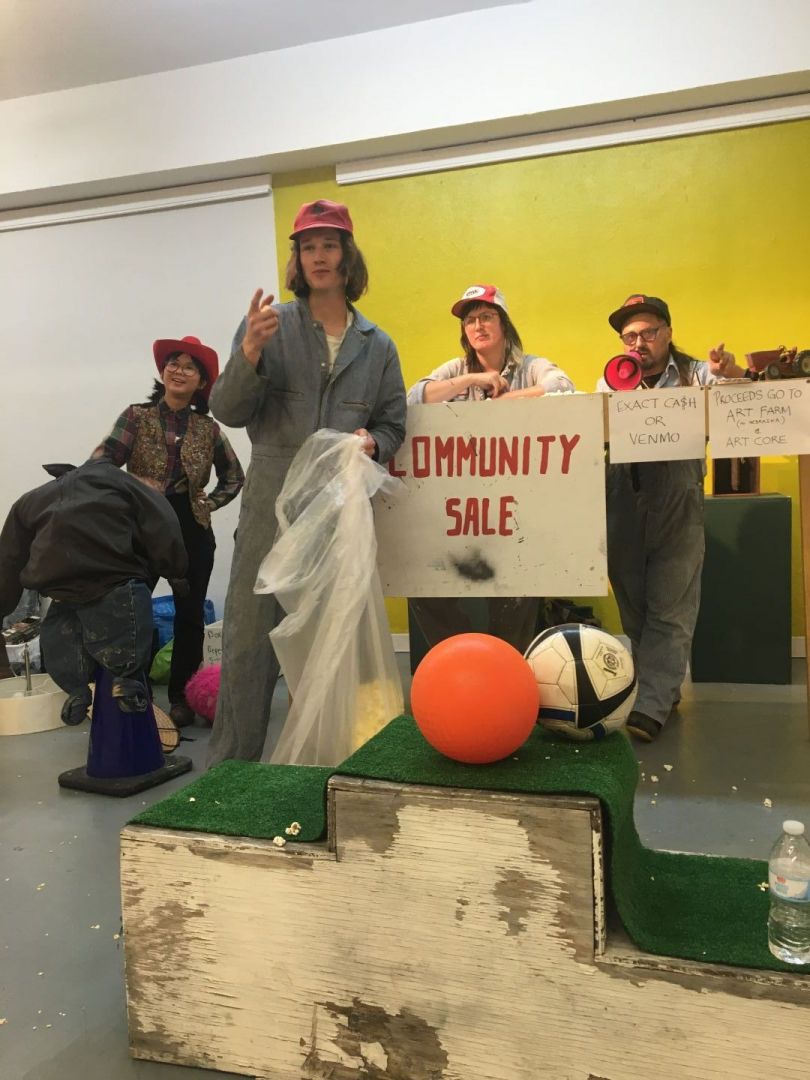 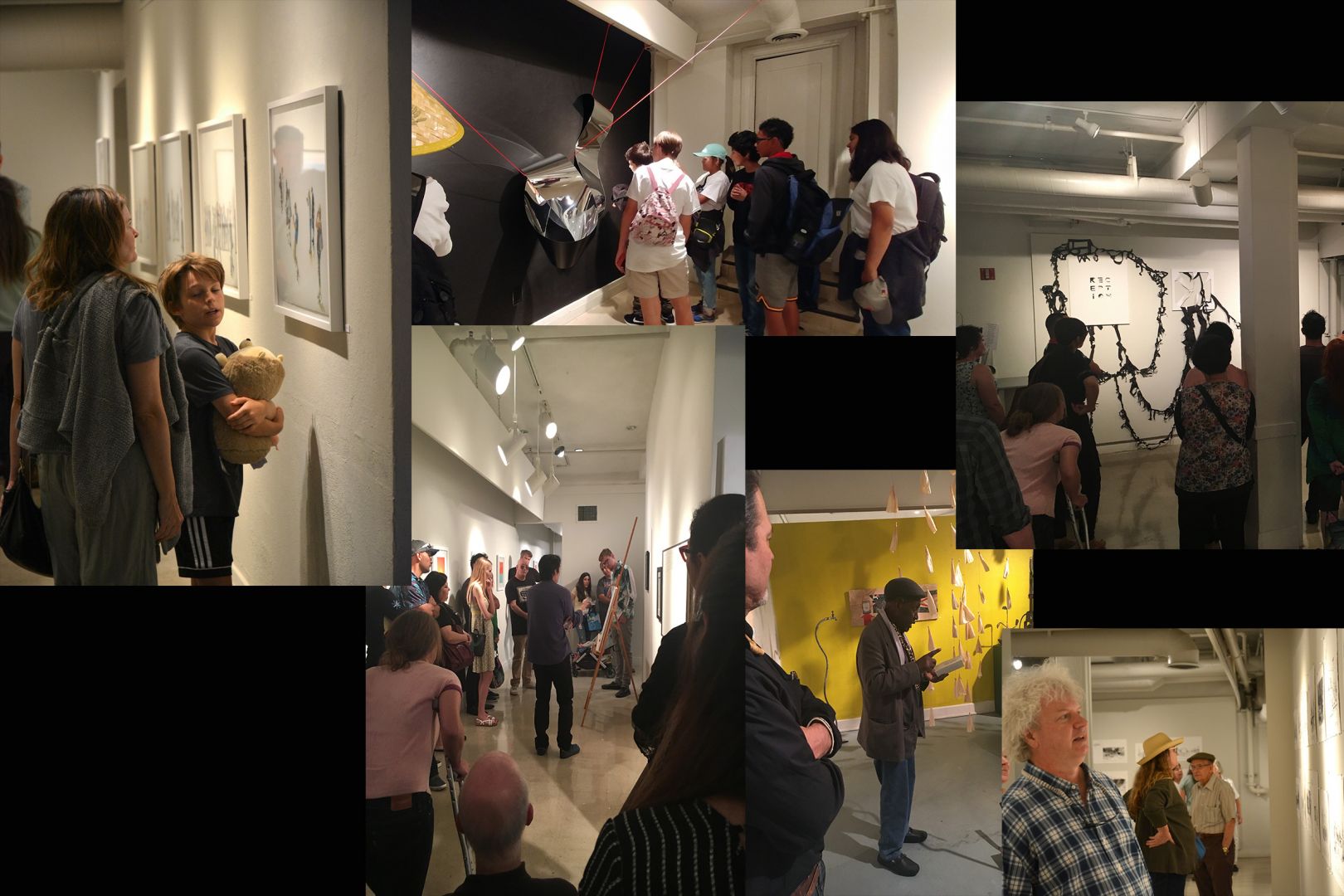 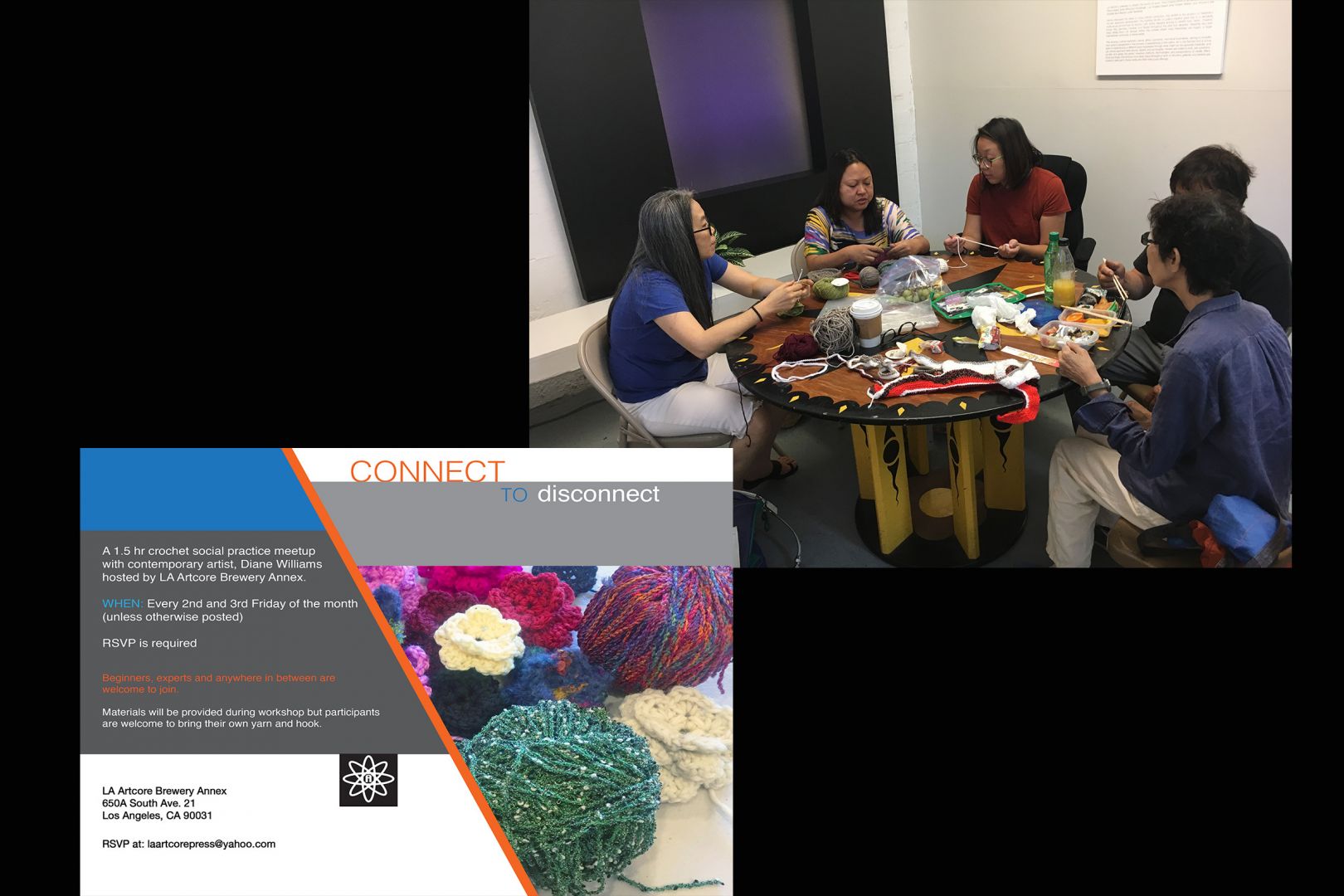 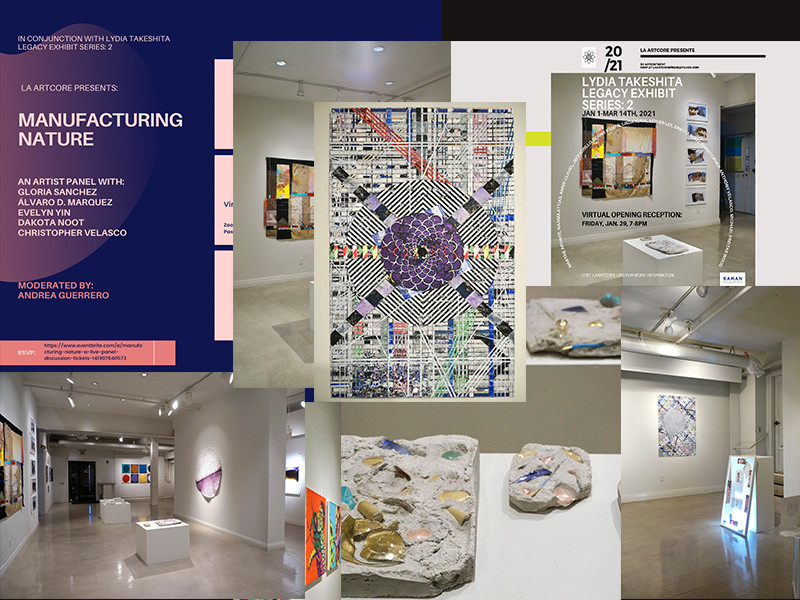 Alright, so let’s move onto what keeps you busy professionally?
I come from both an artistic and business background and grew up in Colorado. I think my creative instincts/impulses for writing and making things became recognized by my mom at an early age and I had no understanding of what that meant all the way up until high school when I discovered creativity for myself making DIY zines, playing music, writing, interviewing bands, drawing and collaging. I went to the Maryland Institute, College of Art on scholarship and became exposed–with the help of a lot of good people there–to Baltimore’s–and the entire Eastern Seaboard’s–music and art scenes burgeoning at the time. I did a studio program as part of a domestic semester abroad in a program in my junior year called the New York Studio Program. This was a pretty influential program in terms of understanding how to navigate as an artist, both from a practical and artistic point of view. After living and working in New York for a couple of years after completing my studies at MICA, I went back to New York and soon started installing art in Chelsea galleries. What is little known is how grueling this trade can be to most of those working inside of it. There are obvious pressures and yet, it’s where I found some footing, met soon-to-be friends and expanded my knowledge. New York is really where I discovered an awe for art and what it can be due in part to its normalization in culture. Out of the many serious galleries there, there are always a few shows that completely upturn expectations of what art can be at any given moment in time there. Still, I wanted to keep going in my own life. Since college–and then in the art world–I had picked up on a sense of physicality, elusiveness, and outright danger of L.A. and that was compelling enough to turn and head in that direction. I have to say that L.A. forced me to approach life and art in a nonlinear way and let go of the need for things to make sense. Perhaps this is the lesson I learned here which can be very freeing.

I landed in Los Feliz, at the studio apartment of my best friend from high school. It was August of 2009 and 2 months later I met Lydia Takeshita and started installing her exhibits and writing press releases at her organization, LA Artcore, which she founded in 1979. She was especially discerning of art and people, and a survivor of the Japanese Internment from 1942 to 1945. To say the least, she persisted through a lot to eventually attend UCLA, and begin teaching art at Cal State LA where she broadened the scope of its fine arts curriculum to focus on the inclusion and dissemination of Asian artistic perspectives. She was influential to dozens of artists which led her to start Artcore upon her retirement in the Arts District in 1979. She carried it through thick and thin, through many trials and travails, both internally and externally, just as she had seemed to have to do all of her life. She somehow managed to eke it out until her passing in April of 2019 at the age of 92. Through several moves in an around the Arts District and LIttle Tokyo, we ended up at our current location in 1993. I came in 2006 at 26 years old and though I helped in a general sense, realized I help keep Lydia and the organization glued together for the last 15 years of her life. That was plainly seen by the board who gave me a path toward Directing Artcore after her passing 2019. I have continued Lydia’s legacy of bringing artists of diverse backgrounds into conversation through exhibits and programming initiatives. My current focus is on outreach from a holistic perspective which is necessary to rebuild an organization with deep consideration for all who become involved to become part of a growing community.

Any places to eat or things to do that you can share with our readers? If they have a friend visiting town, what are some spots they could take them to?
Self-guided walks are definitely my favorite thing to do here. There is so much to see from block to block and on different days. This area happens to be in the middle of a lot of change right now, and probably for the foreseeable future. It’s a true patchwork of residential, commercial, municipal, and industrial landscapes stemming from a roughly 3/4-mile radius at the intersection of East 1st and Central Streets. If I’m trying to get my day started right, and I don’t want to make coffee, I’m going to stop by Cafe Dulce because of their super friendly service. I’m happy to say the same about our immediate neighbors, Jist Cafe. Their Chashu Shumai is legendary. Azay is a more recent arrival and is a special occasion in and of itself. Mitsuru is Little Tokyo’s classic diner and like many local businesses, it has deep roots in the community. Definitely check out the Atomic Cafe documentary which is no longer, but a storied diner that traces the confluences between Japanese culture and punk rock that existed right where the new metro station is being built. Koraku is another Japanese diner where I steer friends (mostly artists) to that does satisfying Japanese comfort food. There are so many others like Fugetsudo and our immediate neighbors Jist Cafe which have a lot of roots in the neighborhood’s history. Lastly, Anzen Hardware is also one of the neatest hardware stores in L.A. I would also keep an eye out for Visual Communications’ 37th Asian Pacific Film Festival this fall, and any East West Players’ production as well. There’s so much to discover that is visible and online in Little Tokyo. Go Little Tokyo is a great resource for discovering the neighborhood. 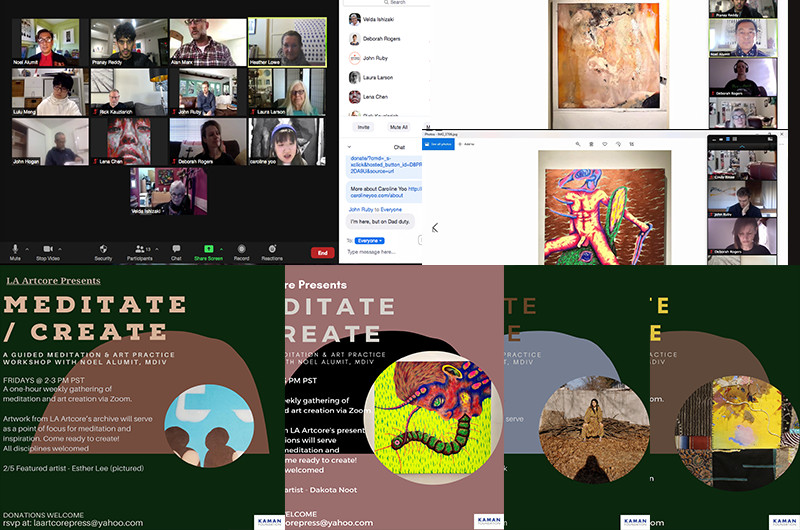 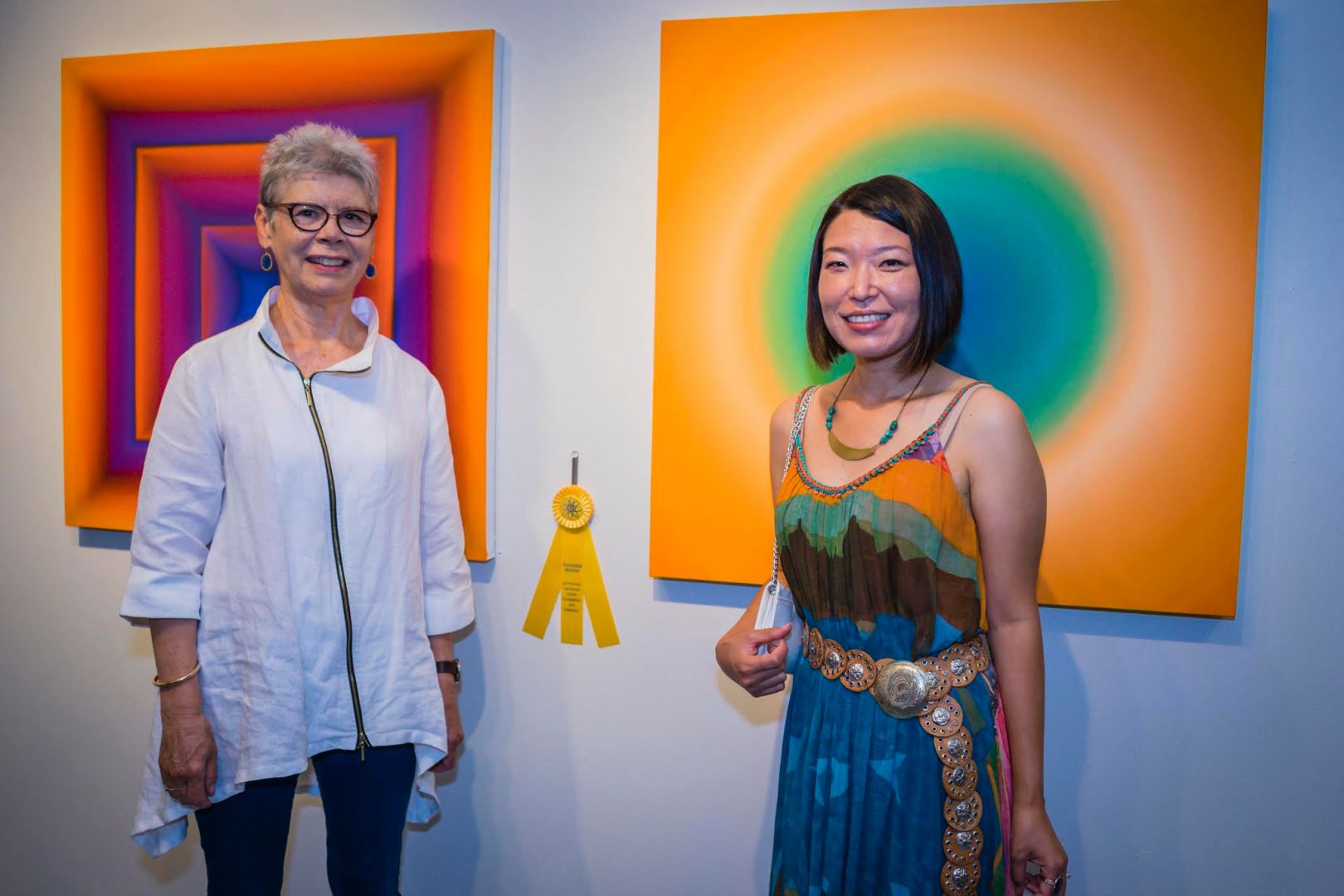 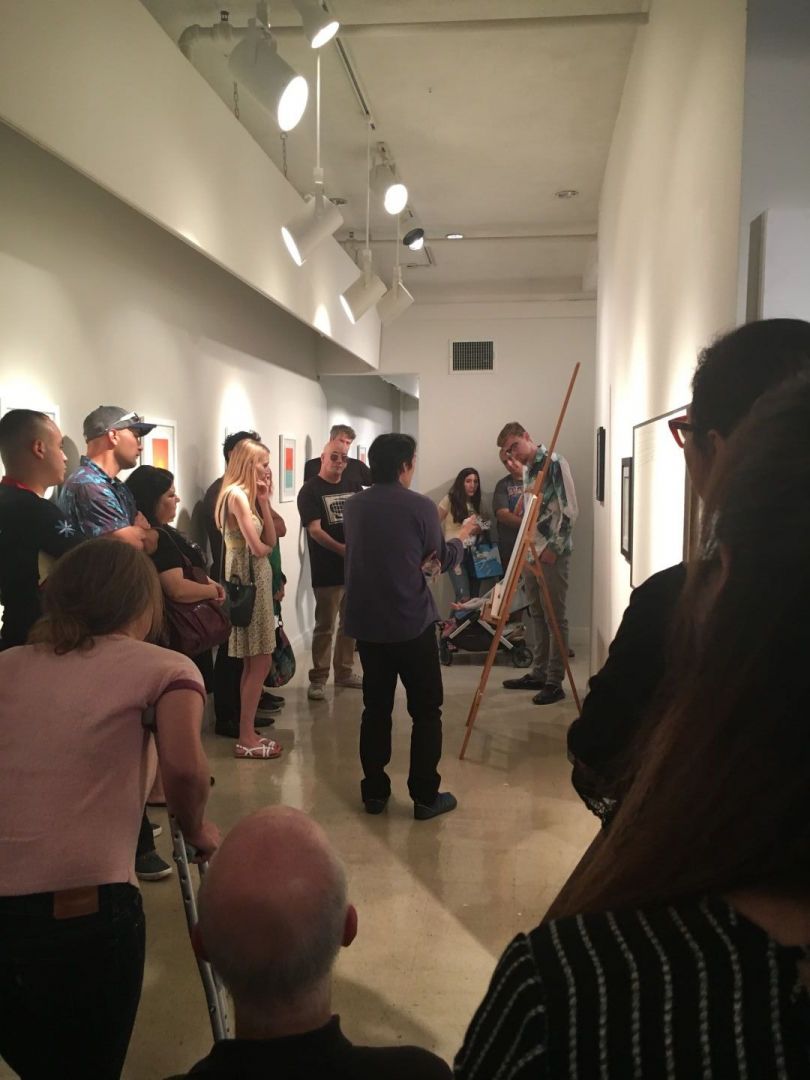 Who else deserves some credit and recognition?
The artists who exhibit at Artcore and lead our workshops. Artists rarely are credited for how much they do to help build a more just world. Get to know artists in your community and you will see how important it is to support artists.