We had the good fortune of connecting with Pretty Sister and we’ve shared our conversation below.

Hi Pretty Sister, what do you attribute your success to?
I never quit – that’s something that was ingrained in me growing up wrestling, boxing, and playing football. Never punk out, don’t be a bad loser, learn from your losses (which I had A LOT of), and keep going. Also, my branding is very specific and honest. I grew up in LA and was ripped away and forced to live in Toronto for 2 years. When we finally moved back, I kissed the ground. That’s where my big boner for LA comes from, and those uncensored, straight-foward emotions of mine is probably what people connect to the most. 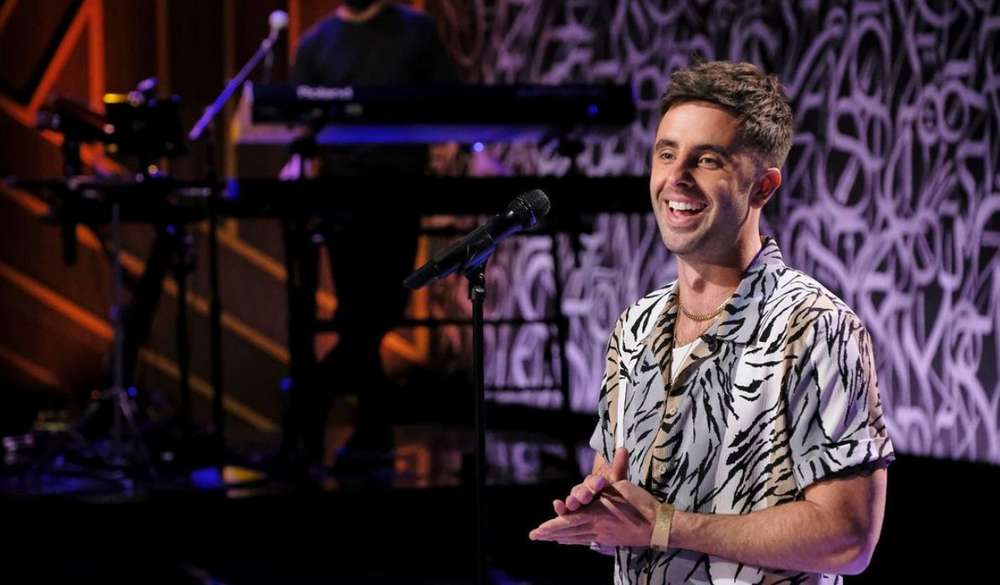 Can you open up a bit about your work and career? We’re big fans and we’d love for our community to learn more about your work.
Well, let’s just say thanks to my very prolific high school football career, I learned a thing or 2 about losing: 2-28, thank you very much. I think the difference between me and a lot of other artists is that I’m forging my own lane, so there’s no blueprint exactly. I’m figuring it all out in real time, so I’ve been experiencing a lot of growing pains because of it. At the same time, this is how you make something that’s everlasting. As corny as it sounds, I have to keep reminding myself this is a marathon and I have to push forward no matter what. Nothing about this has been easy, but nothing worth having is.

The biggest challenge is overcoming my own demons and my own self doubt. In this business, you take a seemingly insurmountable amount of losses for every win that you get – even the most talented. It’s completely INSANE. Like, no logical person should do this. But like, wtf else am I gonna do, quit? Nah. I used to flirt with that idea a lot. But then one day — I remember this so clearly — my inner dialogue went (verbatim) “DAWG, what are you saying? You’re gonna quit huh? Really? What else are you gonna do? RIGHT, how ‘bout you STFU and stop pretending you’re gonna quit ‘cause guess what? YOU’RE NOT. You’re too good. This convo is stupid, I don’t even know why I’m entertaining this FUCKERY. GOODBYE!” Since then it’s been a lot easier moving forward. Just one foot in front of the other, keep making stuff I love, and block everyone out, including myself being a negative fucking nancy. 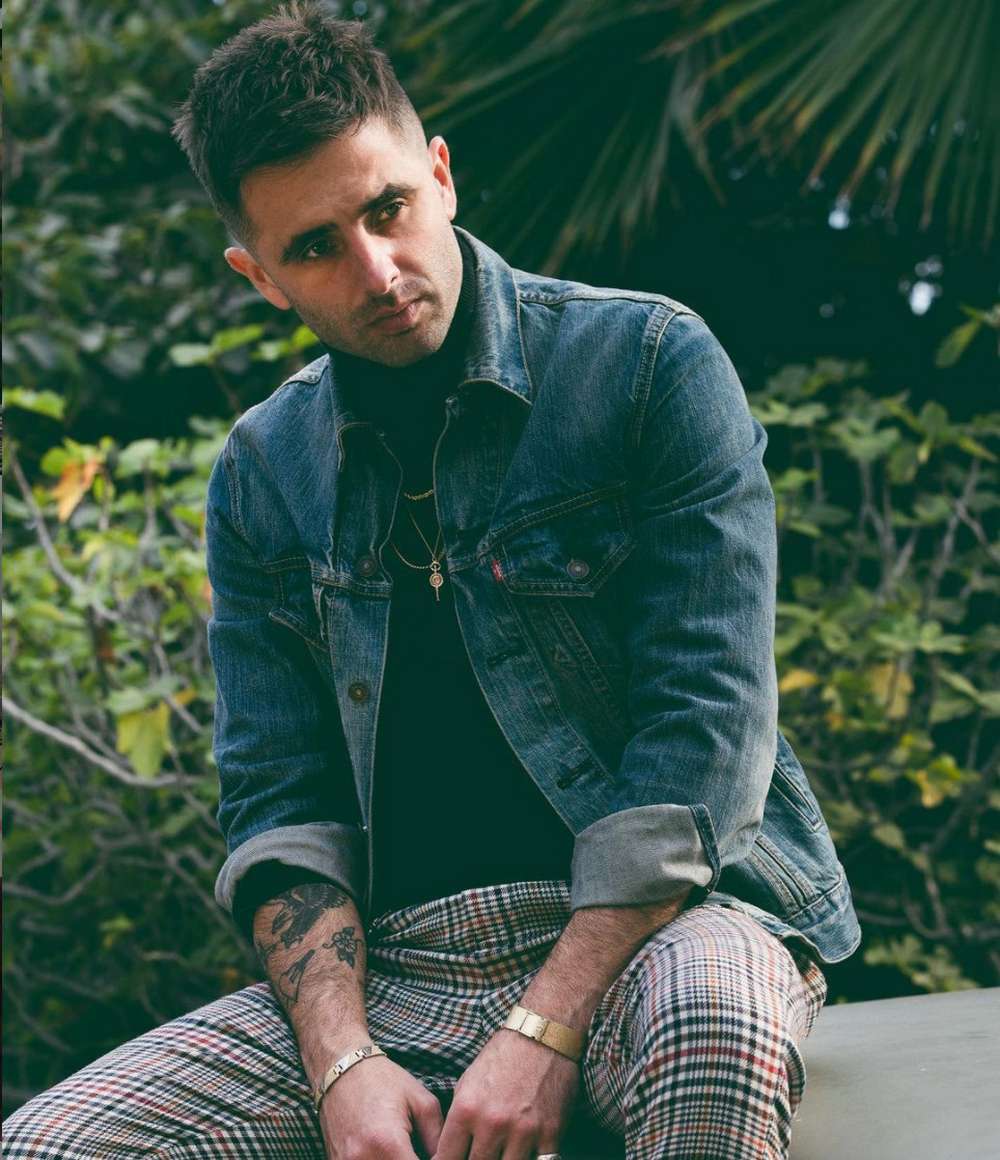 Any places to eat or things to do that you can share with our readers? If they have a friend visiting town, what are some spots they could take them to?
Well the funny thing about me is, I never leave my house. If a friend came to visit, we would hangout at my place and I would cook for them. Did I mention I’m a phenomenal chef? BUT since we do have to leave the house, first we’re starting with Mastros Malibu (because yes, I was born valley trash but I have since blossomed into a boujee bitch!) The food is great, but the vibe, the margs, and the bread are REALLY something else. Obviously, we’re going to sugar fish, obviously In-N-Out. Oh, and also I’m a BIG fan of Universal Studios. Did you know they let you take your beer pretty much everywhere? One of my favourite things to do pre-covid was to take anyone that would go with me to get drunk and hang out at Hogshead Pub. Also, there’s nothing better than taking a tall boy of Bud Light onto the Backlot Tour. Honestly, tell me a ride better than THAT!

They’re probably gonna want to hike so Runyon is cool, I guess, but I prefer the Hollywood reservoir; there’s turtles, it’s a mile from my house, and also sometimes Bebe Rexha is there and muggles love celebrity sightings. 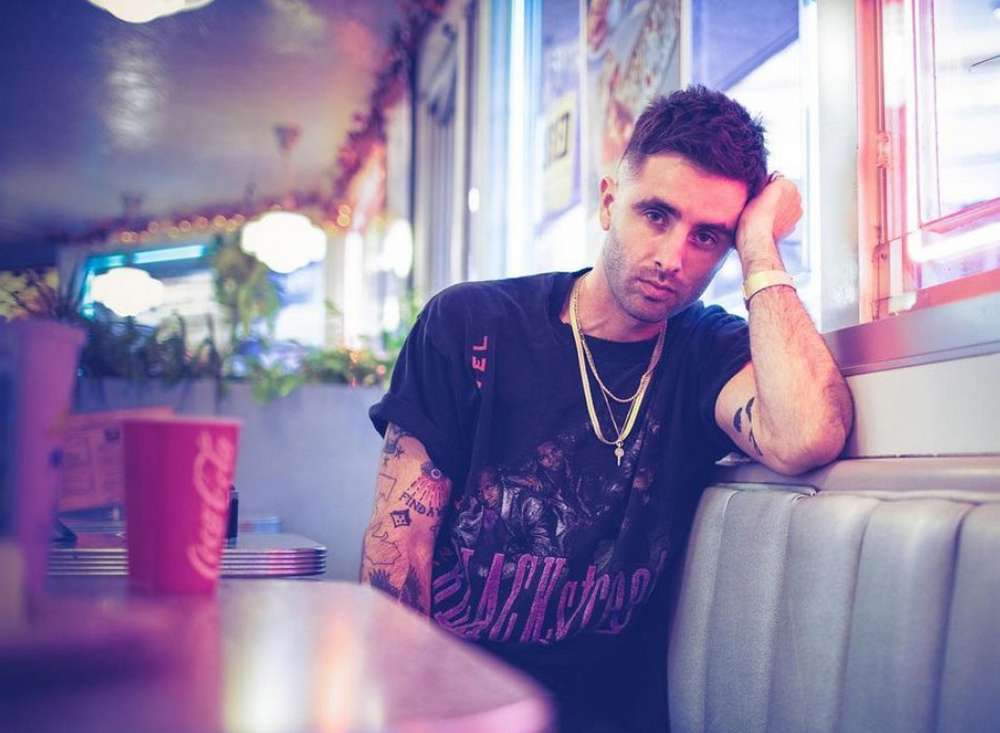 The Shoutout series is all about recognizing that our success and where we are in life is at least somewhat thanks to the efforts, support, mentorship, love and encouragement of others. So is there someone that you want to dedicate your shoutout to?
Before I get into a few artists who inspired me musically, I would like to shout out some places that really helped me stay afloat by giving me a job while my broke ass was coming up. Pyrrha Jewellery – they employed me part time for many years and were awesome with working around my schedule for touring, shows, sessions etc. A logistical nightmare from a scheduling perspective but they always made it work, so I’ll always have a lot of love for them. Plus, they’re a great company…shoutout Jo, Danielle, and Wade!

As far as music mentors go who had a lasting impact on my career, Mathew Wilder was the first, like, REAL producer I ever worked with. He was so wise and one of the first people to really encourage me to become a solo artist and lean into my love for R&B music. Stephen Jenkins of Third Eye Blind was another one. Back in 2008, he took my band on our first 2 tours when we were literal babies. He had a lot of insights and belief in me as an artist and really made me believe I was on the right path.

Betty, who is another one, is the first artist to really trust me enough as a songwriter and producer to put her record in my hands. The responsibility made me step up to the occasion and be BETTER. The opportunities that have come from working on her project have been endless. She is my Breanne of Tarth (except for that one scene – y’all get what i mean). As far as people that have influenced and inspired me musically, I’d have to say #1 is Babyface; I love everything he does. Ever since I was a teenager, I really aspired to have a career like his: a successful artist AND EXTREMELY successful writer/ producer career. Zapp & Roger, DJ Quik, D’angelo, Musiq Soulchild, Kirk Franklin, Dr Dre, 2pac, Battlecat, Teddy Pendergrass, Marvin Gaye, The Gap Band, Michael Jackson, The Isley Brothers, Earth Wind & Fire are the artists that I grew on that really molded the music I make today. Growing up in LA, my parents always had HOT 92.3 (RIP) on the radio playing all the West Coast oldies. Listening to Art Laboe Connection late night slow jams truly was the sound of Los Angeles to me.