We had the good fortune of connecting with Rachel Eck and we’ve shared our conversation below.

Hi Rachel, what principle do you value most?
Society has been telling stories since the dawn of time. They’re necessary for survival, they allow us to share vital information like “there’s a pack of wolves on that side of the forest, don’t mess with them or you’ll die.” Pretty important stuff. Over time those necessary bits of info, hardwired into our brains, adapted. We found ourselves with questions like “how did you find out about the wolves…how are you alive to tell the tale you crazy son of a bitch!” And thus, from an integral means of communication and a genuine desire to experience vicariously, the art of storytelling was born. But amid the influx of stories and storytellers, tropes emerged. Once again we hear of the bravery of a man whose courage saved others, who overcame physical odds, who sacrificed himself. But wait…it’s different…it’s “war time!” (*gasp*), a tiny platoon you’ve never heard of! The history books don’t cover this stuff, kids! A new angle! We used real film! The settings may change from wolves to war but the perspectives and stakes are often the same. War is cool and all but what happened domestically while men were overseas? What happened when women en masse for the first time in history began working in factories? What was the sentiment when the war ended? Were they happy to return to their regular duties? I mean I know they weren’t, it created a giant feminist movement but it’d be great to hear from the other people these events affected. Or even further understand the ripple effect beyond the standalone bravery. This is not meant to bash the greats, who I admire and respect. Hell, these are epic stories and they are told incredibly well. But I’m not much inclined to be epic, and I certainly don’t have the budgets for it. So in the essence of making the most with what you have, I approach filmmaking and story telling by asking myself one question: How is this a fresh perspective? That doesn’t mean everything is completely new or has never been done. And let’s be honest I’m no Spielberg, I’m making internet shows most the time. But the goal is still to always figure out how to elevate at least one element of it in a unique way, whether it’s a controversial opinion, a messy conversation, or creating a space for someone to speak candidly and open up about their life and experiences in a raw way. My goal is first to understand, then to come up with a way to communicate that to others. In the best case scenario we create a connection with a person or group of people with whom otherwise the audience may never truly know. It might sound silly but this approach works on the smallest of scales. When making a kids cooking show, how is this recipe different from what you can find online? Why should the audience come to you and not go learn it somewhere else? If the story is the same maybe we’re immersing ourselves differently, incorporating the story of getting the story for transparency into the process. My process: add value beyond what already exists in some form or another. Be imperfect in trying something new. Every. Single. Time. 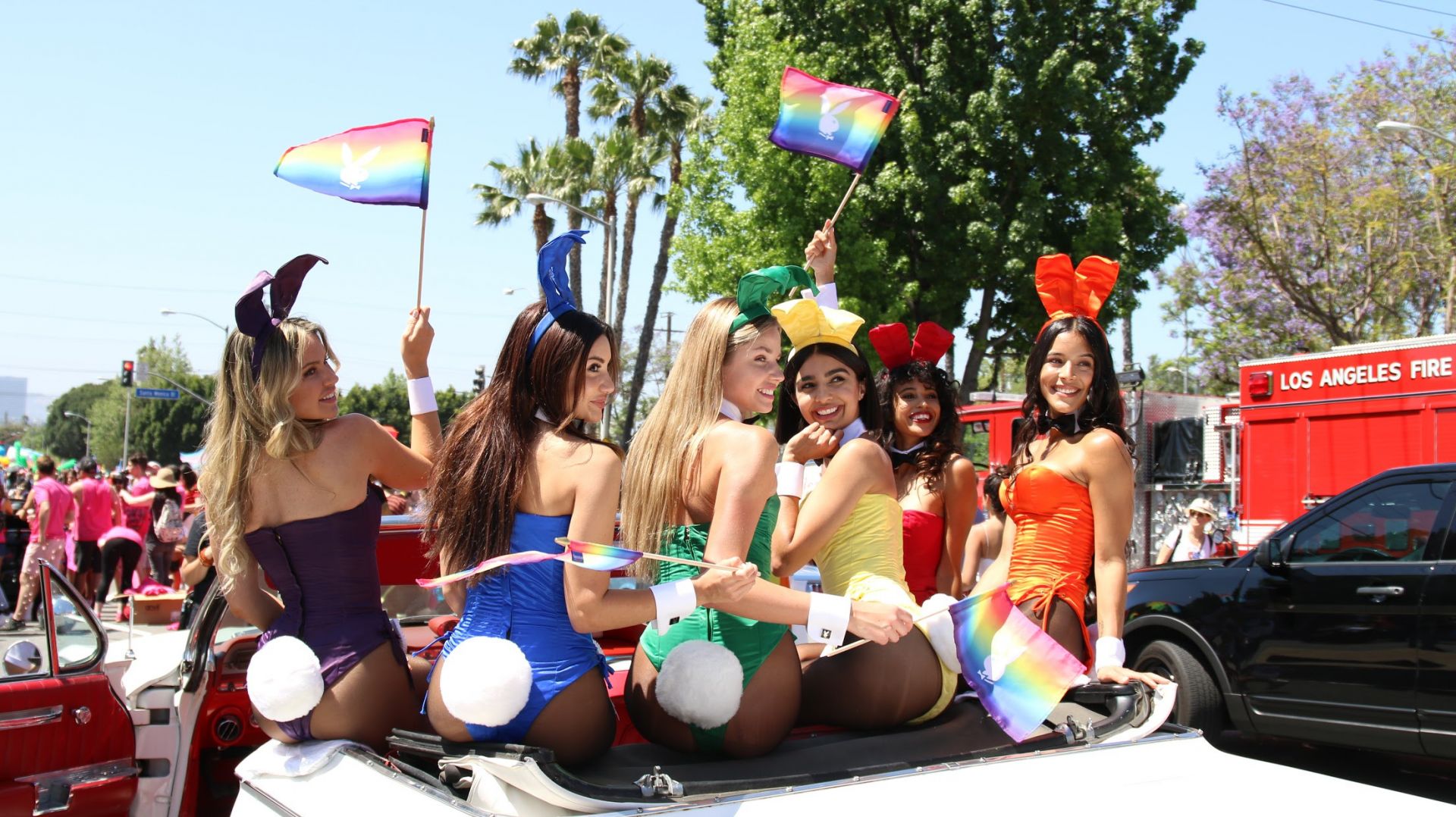 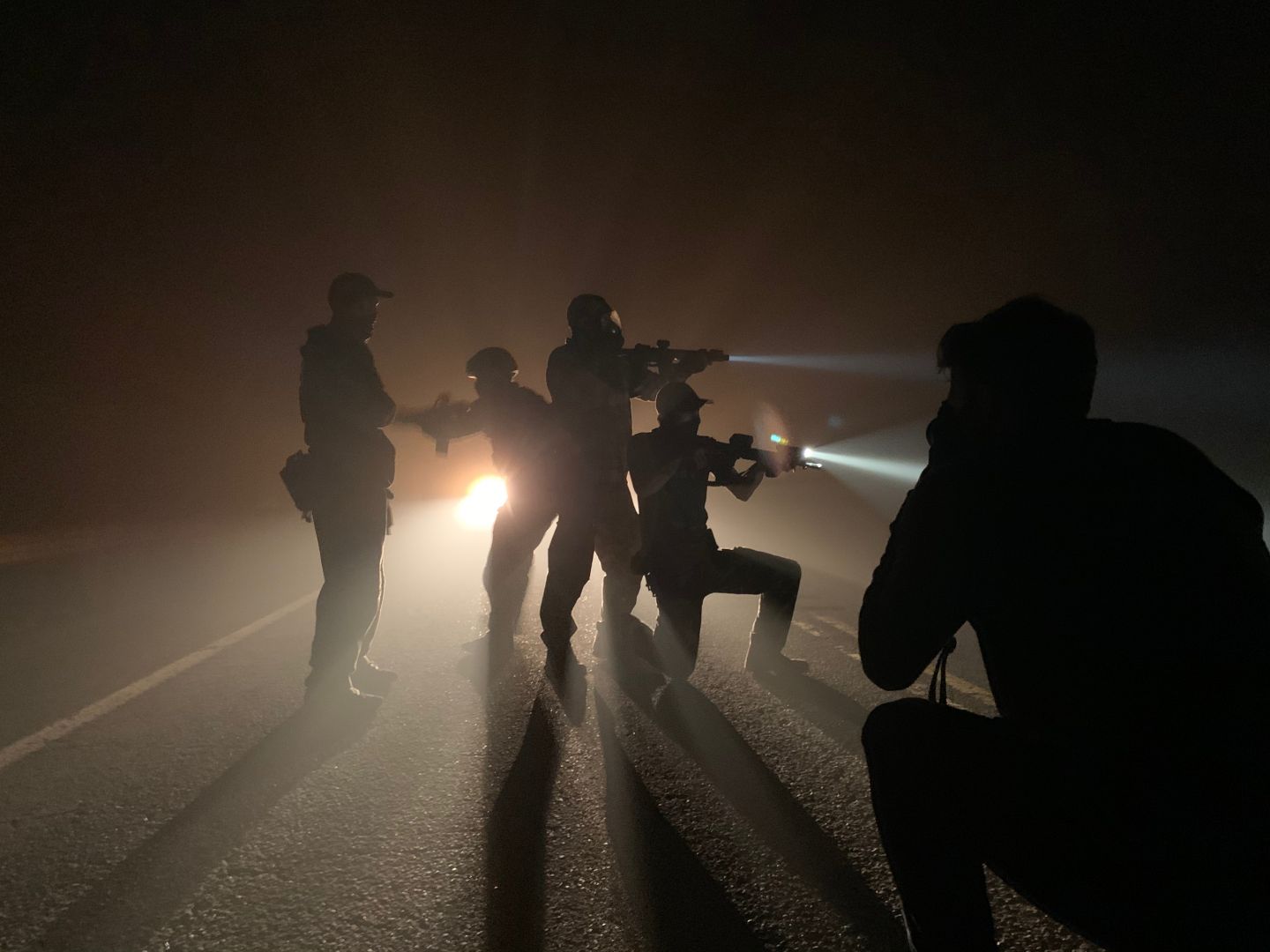 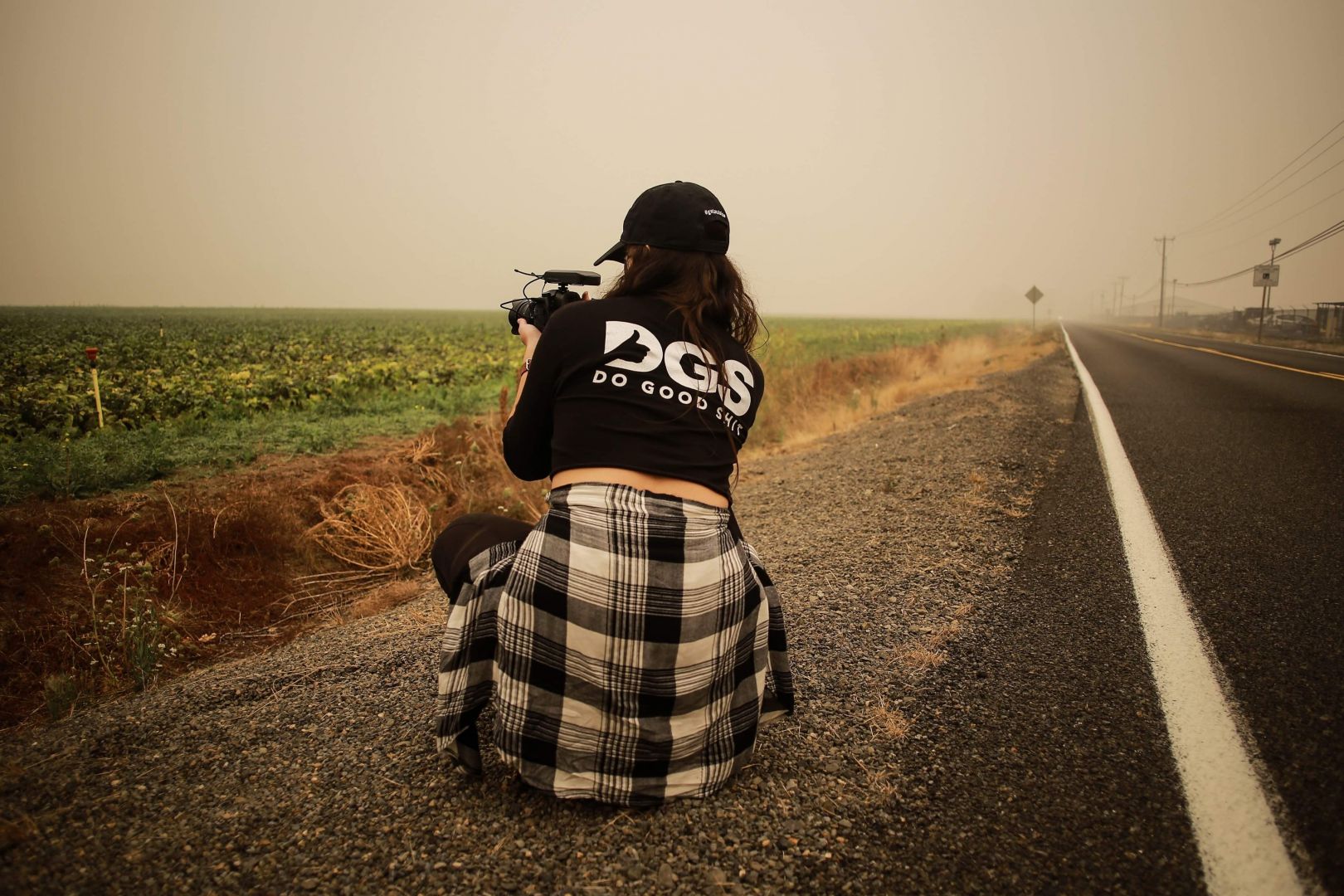 Please tell us more about your work. We’d love to hear what sets you apart from others, what you are most proud of or excited about. How did you get to where you are today professionally. Was it easy? If not, how did you overcome the challenges? What are the lessons you’ve learned along the way. What do you want the world to know about you or your brand and story?
As a kid, I never realized my current job existed, and in some ways it didn’t exist. I’m a director and producer predominantly in digital content, and I’ve been fortunate enough to work with great people and companies who have helped propel me to where I am. Seven years ago I was a fresh college graduate from Miami University with a degree in Political Science about to start a job in finance. After less than a year of real world experience I could only say one thing for certain, that finance wasn’t for me. Thankfully I was so horrible in that field it shocked my system. In the words of my dear friend Erich Roepke, “it’s either a hell no, or a hell yes.” It was a hell no, no questions asked. I packed my car and moved to LA with my late pet rabbit, Spartacus, in the front seat. I applied to at least a bakers dozen jobs, for which I was qualified for none…apparently. I finally got an interview for an unpaid internship at a company called AwesomenessTV. My soon to be supervisor, Sydney Kim, told me if I was there to learn there would always be someone willing to teach me. And he wasn’t lying. I knew nothing of the industry.

My first day on set I wore flip flops and a mid length skirt (it was cute but…not the right attire). Sydney threw me a walkie talkie and said “you’ve been promoted,” I attempted to attach it to my aforementioned cute skirt, the elastic wasn’t very sturdy…the walkie fell. I said “I’ll hold it.” A sink or swim moment for sure, but it was better than sitting at a desk, looking at variable annuities, and trying to recall how options worked. So I went in every day, even though I wasn’t scheduled, I mean I just moved to LA I had like one friend and nothing else to do. I asked constant questions to everyone around me. What do you do? How does that work? Was I annoying? Oh yeah, that hasn’t changed. Probably a character flaw but I lean into it. It didn’t matter, I loved it. I’m still friends with the people I annoyed on my very first day. And I never wore flip flops to set again. I went a somewhat traditional route once I got to LA: intern, PA, receptionist, assistant, coordinator, associate producer, producer, director, show runner, blah blah blah. I think because I didn’t know the route, regardless of how difficult or boring or tedious a project was in hindsight, at the time I was just excited. In digital you really get out what you put in. And I lucked out with the people around me, always willing to collaborate or answer questions. I got into everything I possibly could. When I realized I wanted to be a creative producer and directer (aka when I finally learned what the hell those roles even were) I tried to learn as many production functions as possible. I bought a camera, learned how to edit, asked the DP how to light, got familiar with equipment, I learned every position so that if needed I could hop in at any time. And that’s been invaluable especially as I work on more and more independent projects and have to take on multiple roles. Be a jack of as many trades as you can stand and it will enable you to communicate with anyone you may ever work with. Also wear fanny packs on set I mean they are just a life saver. Right now, at a ripe 30, I’m proud of what I’ve done, the life I created, the incredible people I surround myself with. I’m always stoked for the next challenge, next project, next adventure or team, whether it’s a political documentary or a Samsung commercial, just do it well, it’s your name. I don’t think I’m all that unique. I just lucked out. I found something I love to do, I leaned into what felt right, and when opportunity presented itself, I said “Hell yes.”

Let’s say your best friend was visiting the area and you wanted to show them the best time ever. Where would you take them? Give us a little itinerary – say it was a week long trip, where would you eat, drink, visit, hang out, etc.
I’m not sure how appropriate I’m meant to be in this but Jumbo’s Clown Room is a fan favorite. Davey Wayne’s is also always a good time, I mean it’s in the name. Anywhere there is live music and room for me to roll the dice. In a pre-pandemic world they featured yacht rock on Sundays and if you can’t have a good time listening to the sweet soothing sounds of Hall and Oates while wearing a captains hat, we may have different ideas of fun. Big Deans on the Santa Monica pier is one of my favorite places any time of day. You can get a bottle of champagne for $25, you’re welcome. My all time favorite sushi restaurant is in West Hollywood right next to the Viper Room called Ta-Ke. If you see them tell them “Rachel says hi” they’ll know what it means. 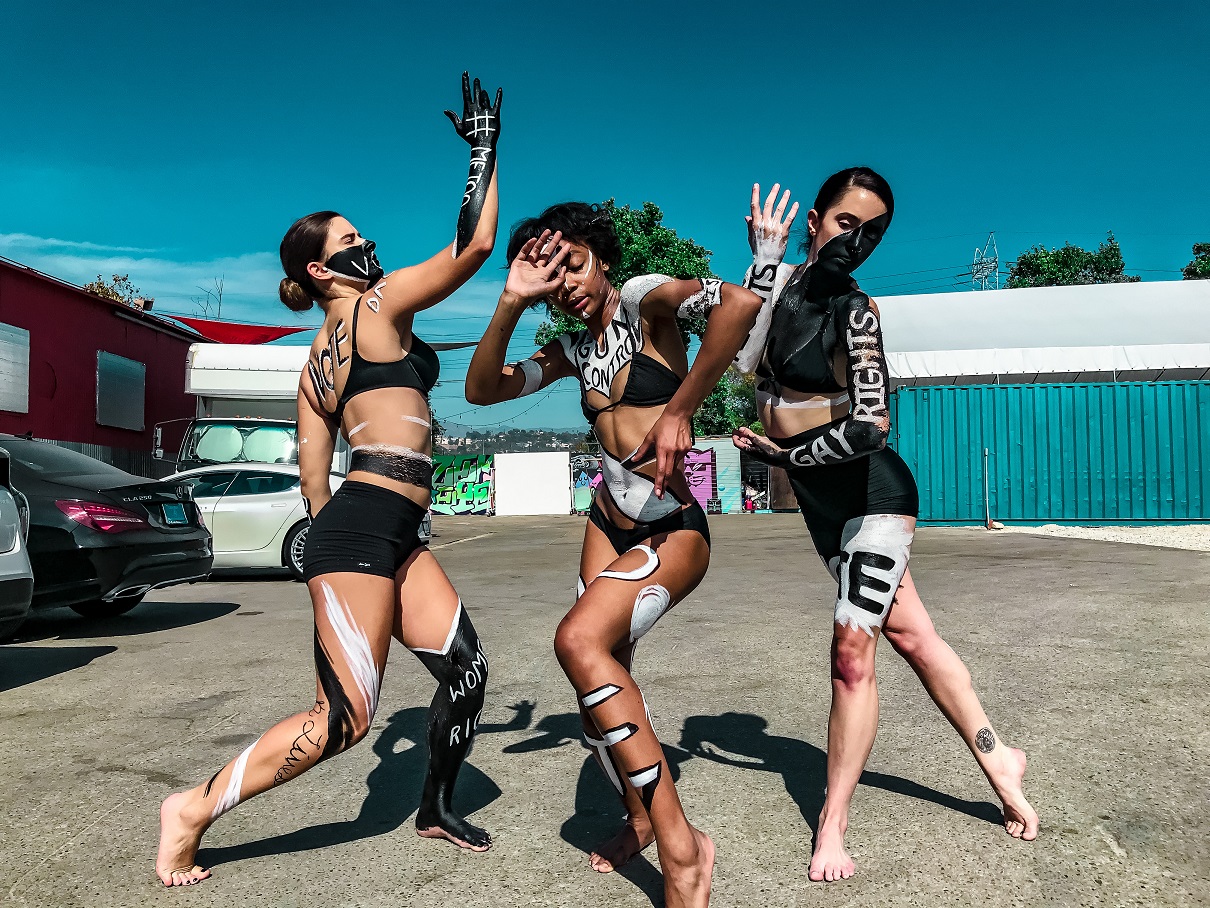 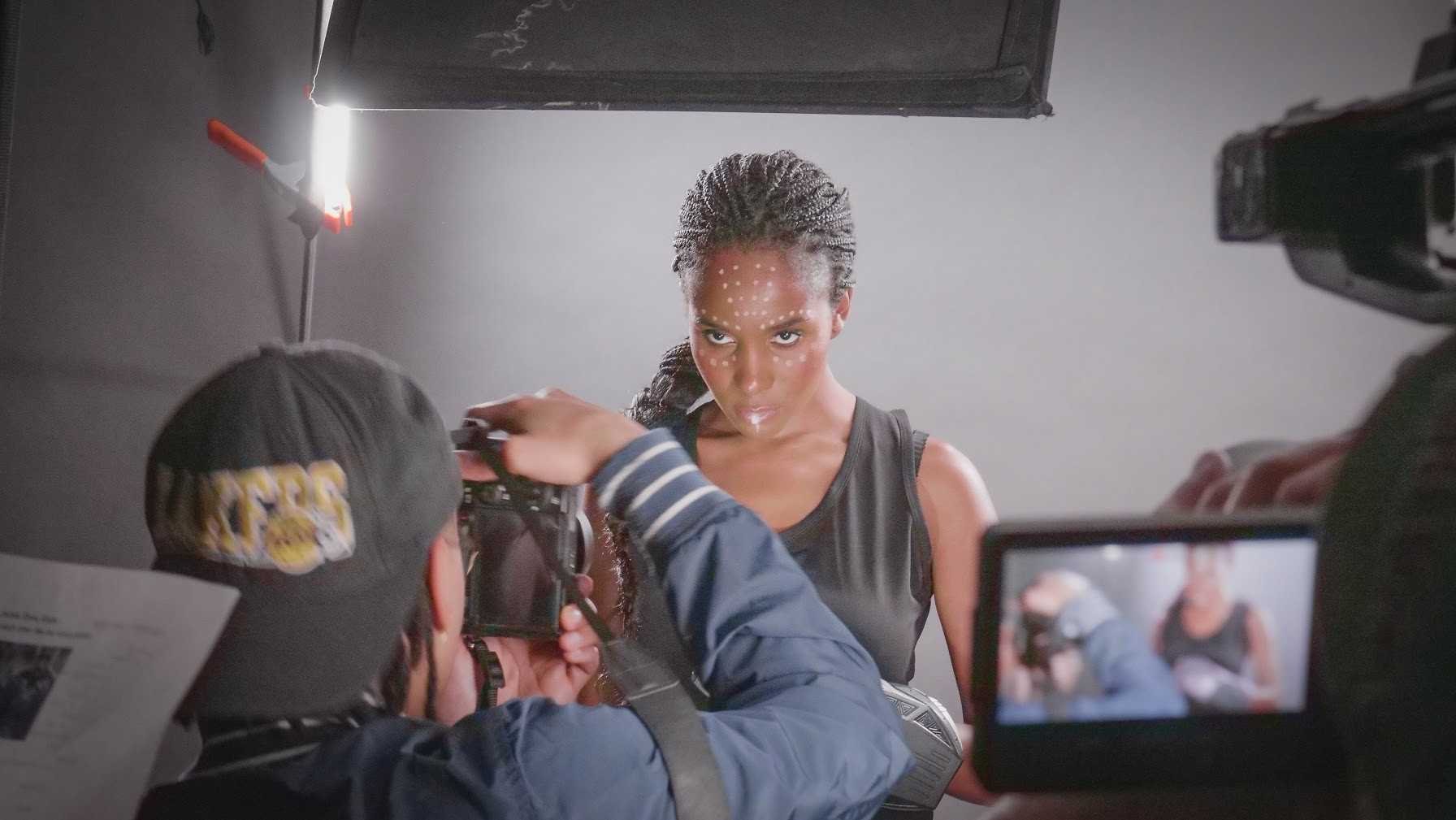 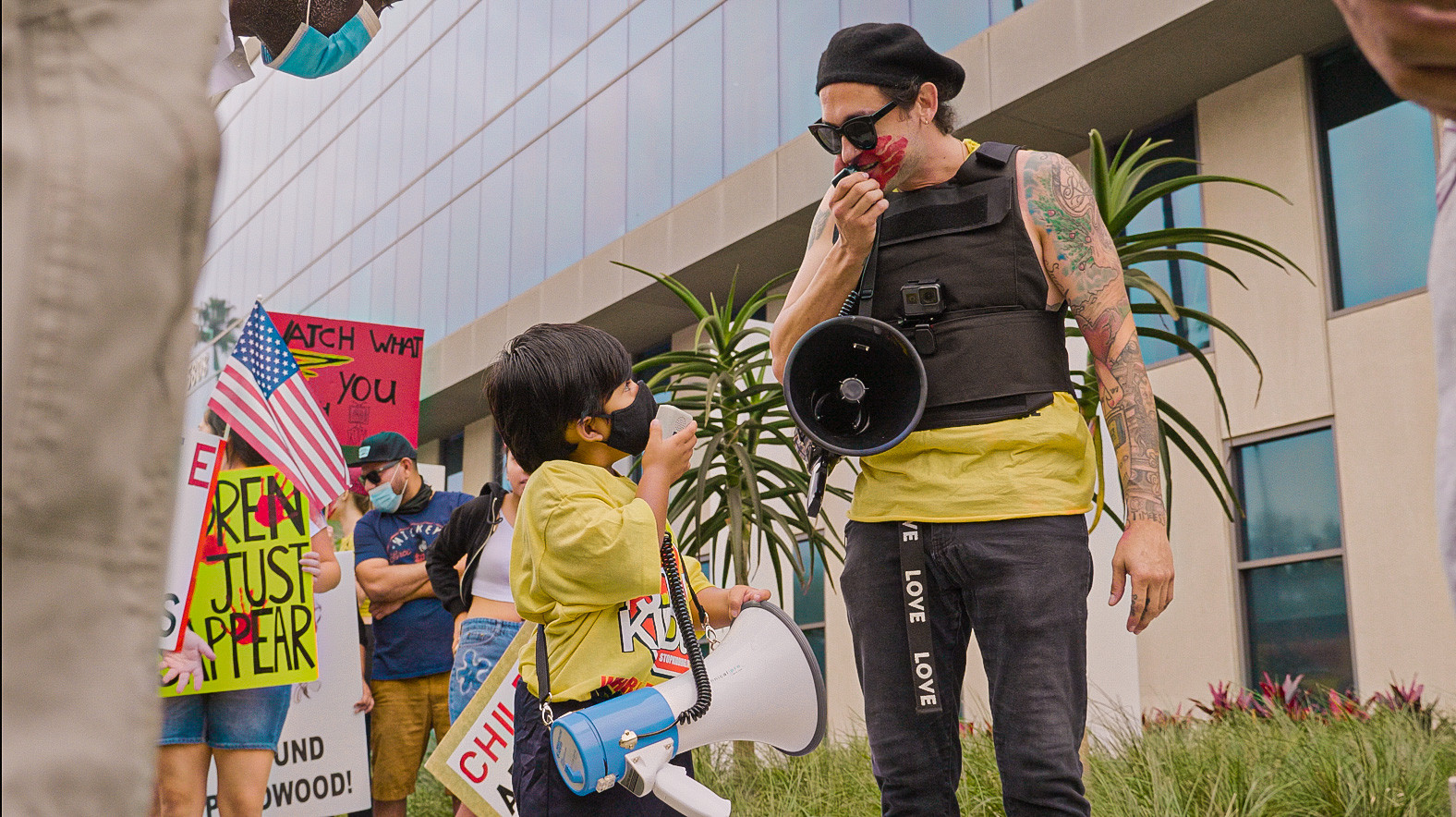 Shoutout is all about shouting out others who you feel deserve additional recognition and exposure. Who would you like to shoutout?
There is not one project I’ve made that is solely from me. And they are all the better for it. Without the collaborative efforts of my creative partners and friends, I’d get nothing done. Oz Ozmen, Stanton Sharpe, Team Intrepid, Do Good Shit, Jennifer Rothman, and Tara Cole, you rock.