We had the good fortune of connecting with Rachel Kelly and we’ve shared our conversation below.

Hi Rachel, is there something you believe many others might not?

Do what you love. Let me just put it this way: Doing what you love and making money doing what you love are two completely separate skills. That’s why, when people ask me whether they should self-publish their book, I say no. Unless you have a Brad. Brad is my husband, and he is good at making what I love make money. I am not good at that. And if I didn’t have a Brad, but I chose to “do what I love,” I would have no money. See the problem? Now you’re probably not going to get lucky like me and marry a Brad. And I also don’t think you’ll find a Brad for sale on the Internet that’s within your price range. So you’re going to need to get yourself some Brad skills so you can make doing what you love make money. You’re going to need to acquire those skills by doing things for other people, and it probably won’t be doing something you love. But if you hope to learn anything and maybe one day make money doing what you love, you better do every job like you love it.

So maybe that’s better advice: Do everything like you love it. That does not mean you can’t do what you actually love. On the contrary, while you’re doing lots of things you DON’T love, you should absolutely also be doing what you DO love. Because one day, when you’ve got the skills, you need to be a master at your passion, and no matter how much you love something, you’re not that good at it, okay? So instead of watching netflix or tiktok videos, you should do what you love. So there you have it. When you aren’t busy doing what you don’t really love like you love it, do what you love instead consuming content. 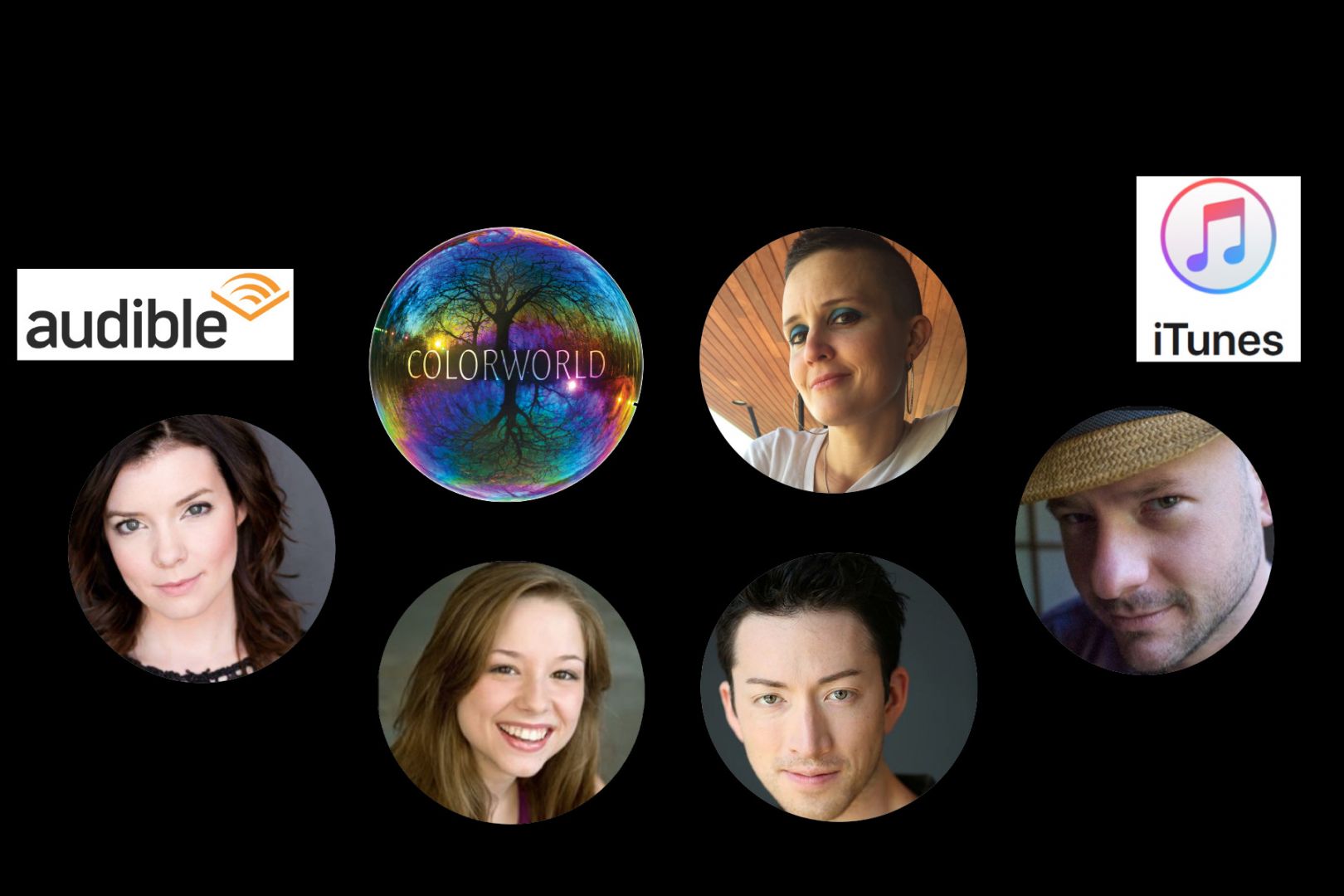 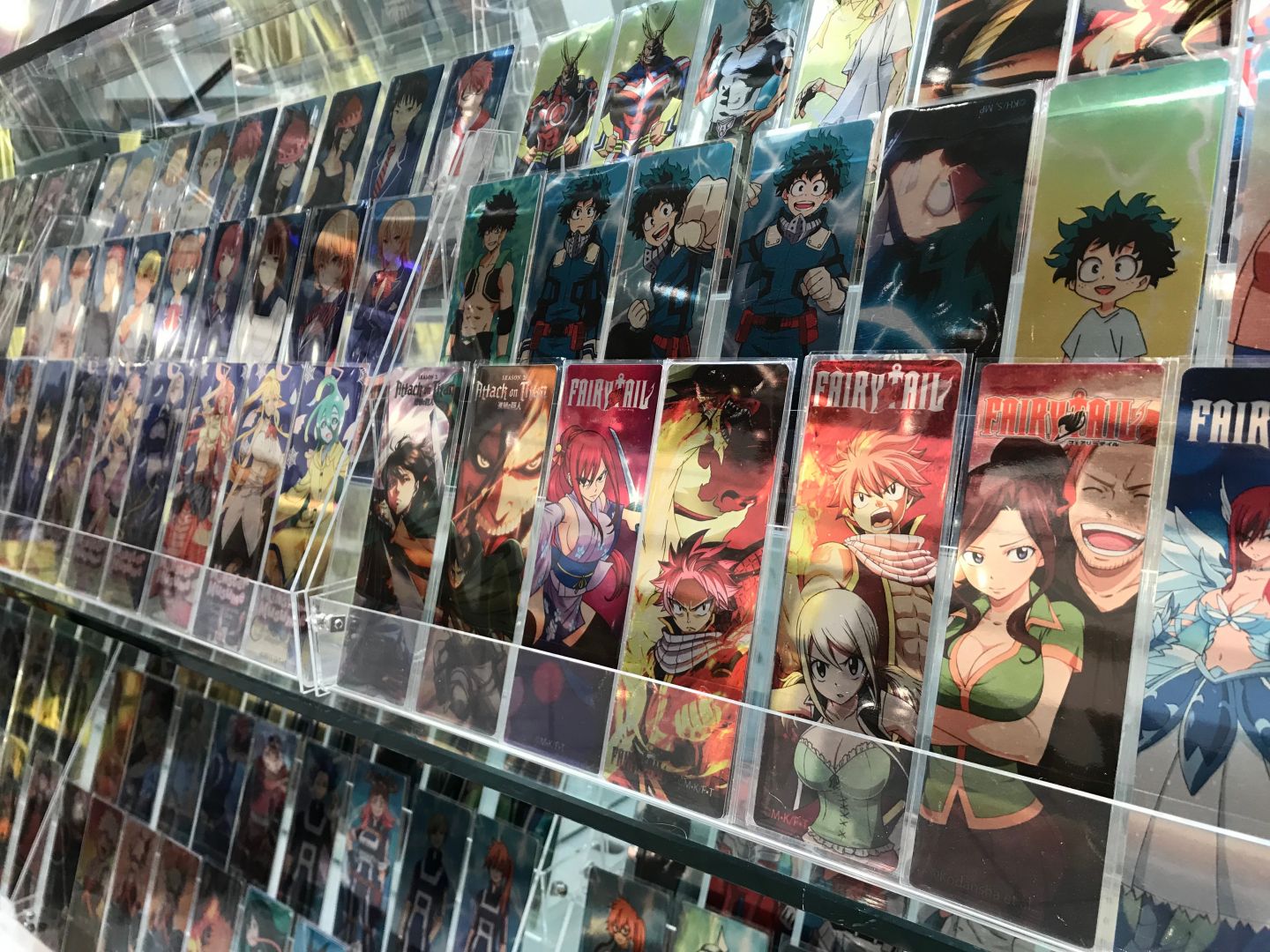 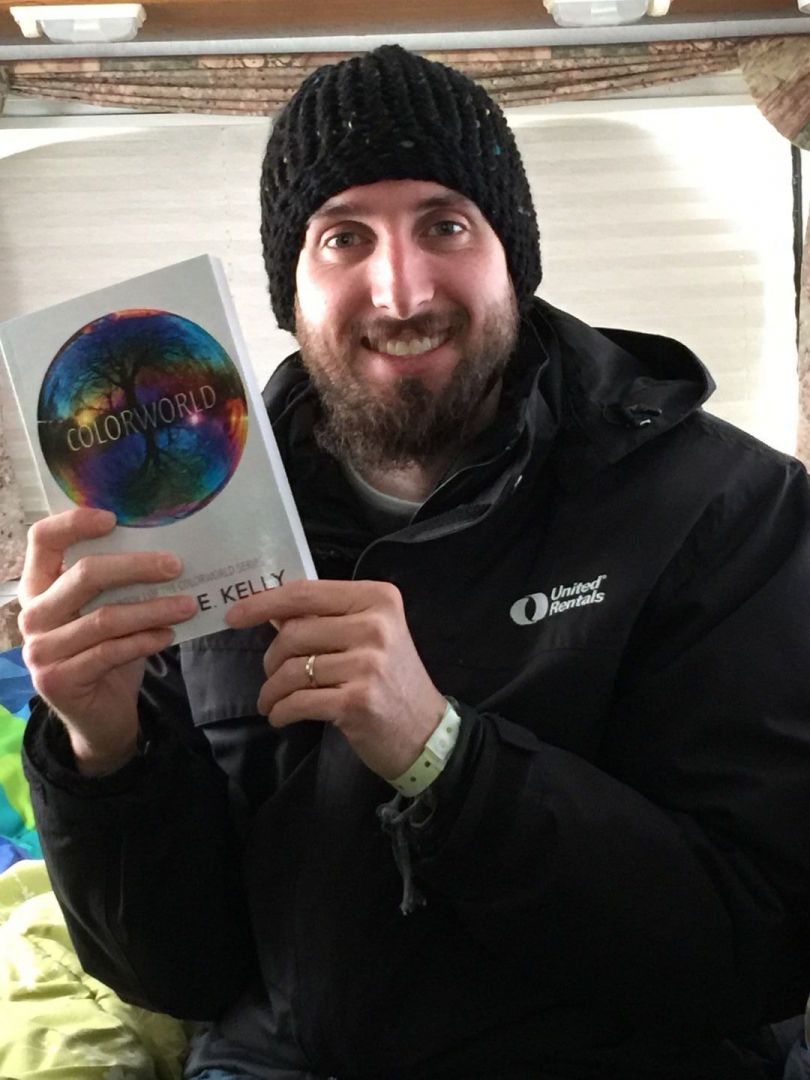 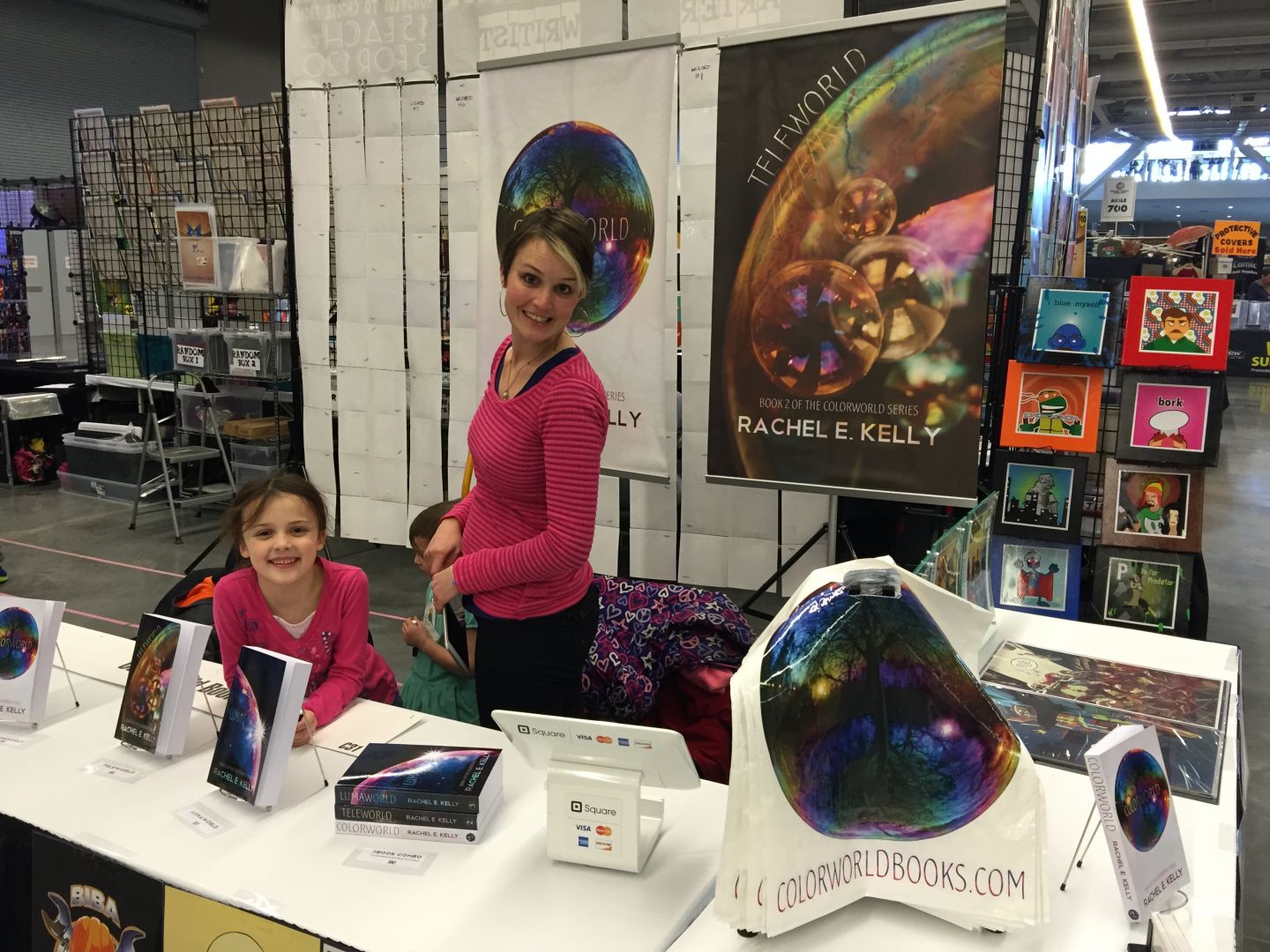 I write books. I’ve written 8 of them. I adore writing. I did not always feel this way. I made a C in creative writing in undergrad college. I only took the class because it was either that or astronomy, and at the time it seemed like the lesser of two boring liberal arts electives I was offered. I absolutely muddled my way through that class and said to myself “Well I am DEFINITELY not going to be a writer.”

Somehow though, when I turned 27, I realized I had something to say, and contrary to every belief I had about my ability at the time, I wrote like it had been hiding in me for years. The stories came easy. I meet a lot of people who seem to know what they want to do at a very young age. I wasn’t that person. I needed life to tell me what I was passionate about. Realizing my passion was really just a starting point though. Going after your dreams is a lot less romantic than the movies make it seem. Most of the stories you hear or see about someone chasing their passion show you how the person hit upon their big break and suddenly everything changed. For most of us, the story is a lot more boring. Consistent, daily effort is the only way I’ve managed to get where I am professionally and I know I’m not alone in this. Most of the creatives I know who have reached any level of professional success have done so by consistent effort.

So why is it hollywood paints such a different picture? Because the truth is boring. Consistency is boring and daily effort is lame. Trust me, I’m a writer. I know how to write an interesting story. I also know what’s boring. I’ve lived one heck of a life since starting my consistent daily effort though. From living in a beat up RV with 4 kids for a year and a half to traveling the US and Canada to promote my books at conventions to losing my entire livelihood in a pandemic, my life itself has been anything but boring. My Brad and I often look at each other and shake our heads at our ridiculous life. It’s insane. Hollywood should probably take note. But if we’re talking about my craft, my passion, the thing I want to think about all the time, the inches of progress over the years to making it the thing I can live off of, a thing I’m really truly good at– well it’s like watching grass grow. My artist friend Erik likes to say that creatives have to have input to have output. If you want to make grass grow you have to have something to fertilize it with. Boy does my life have some stinky fertilizer. So what I do is take all that crap, condense it down, and put it into my stories.

So if you want to know more about me, about what makes me excited, how I have overcome challenges, faced doubt, or lessons I’ve learned, read my books. I promise they are a lot more interesting than my consistent daily effort through all of my life’s erratic circumstances. 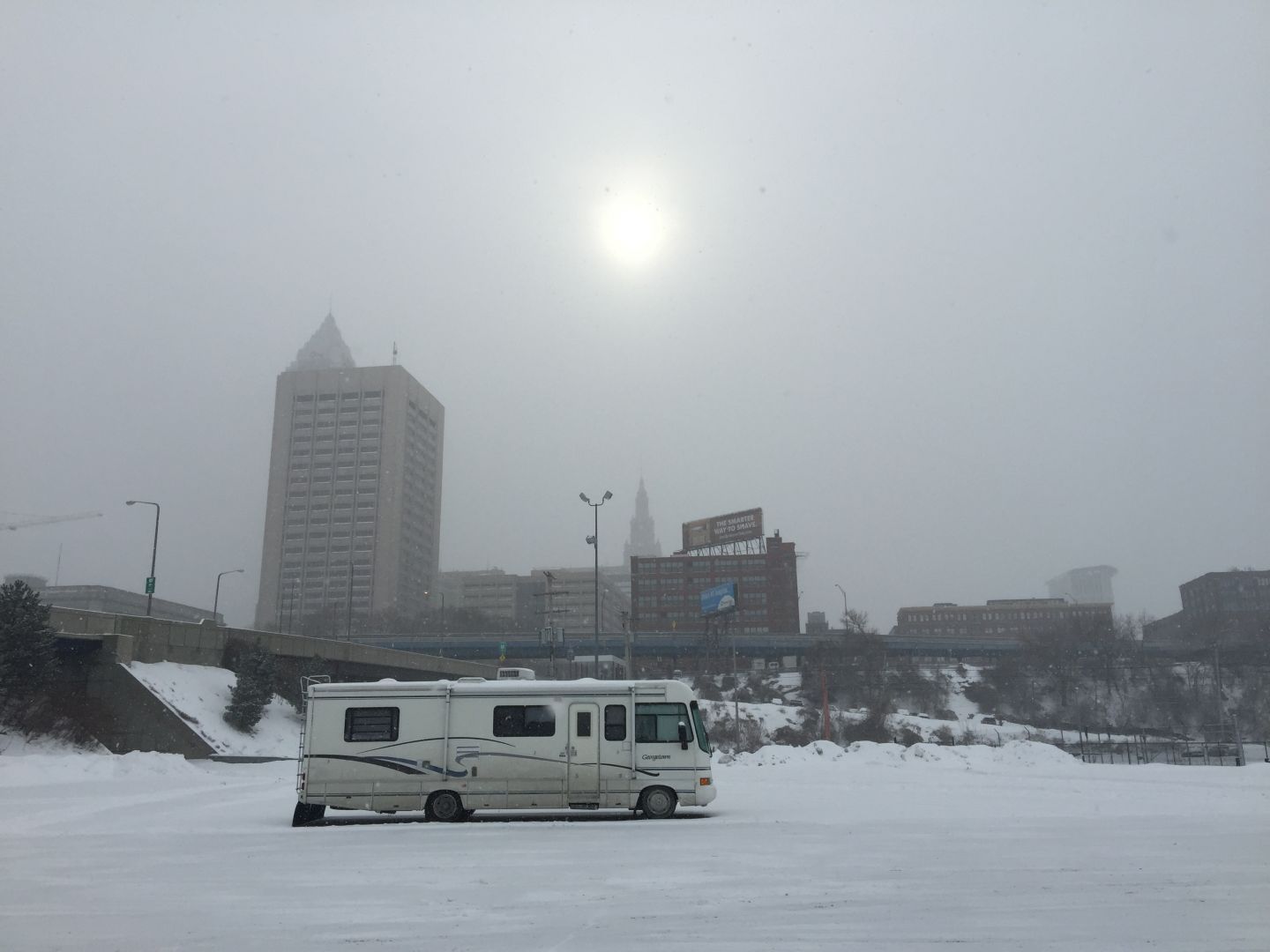 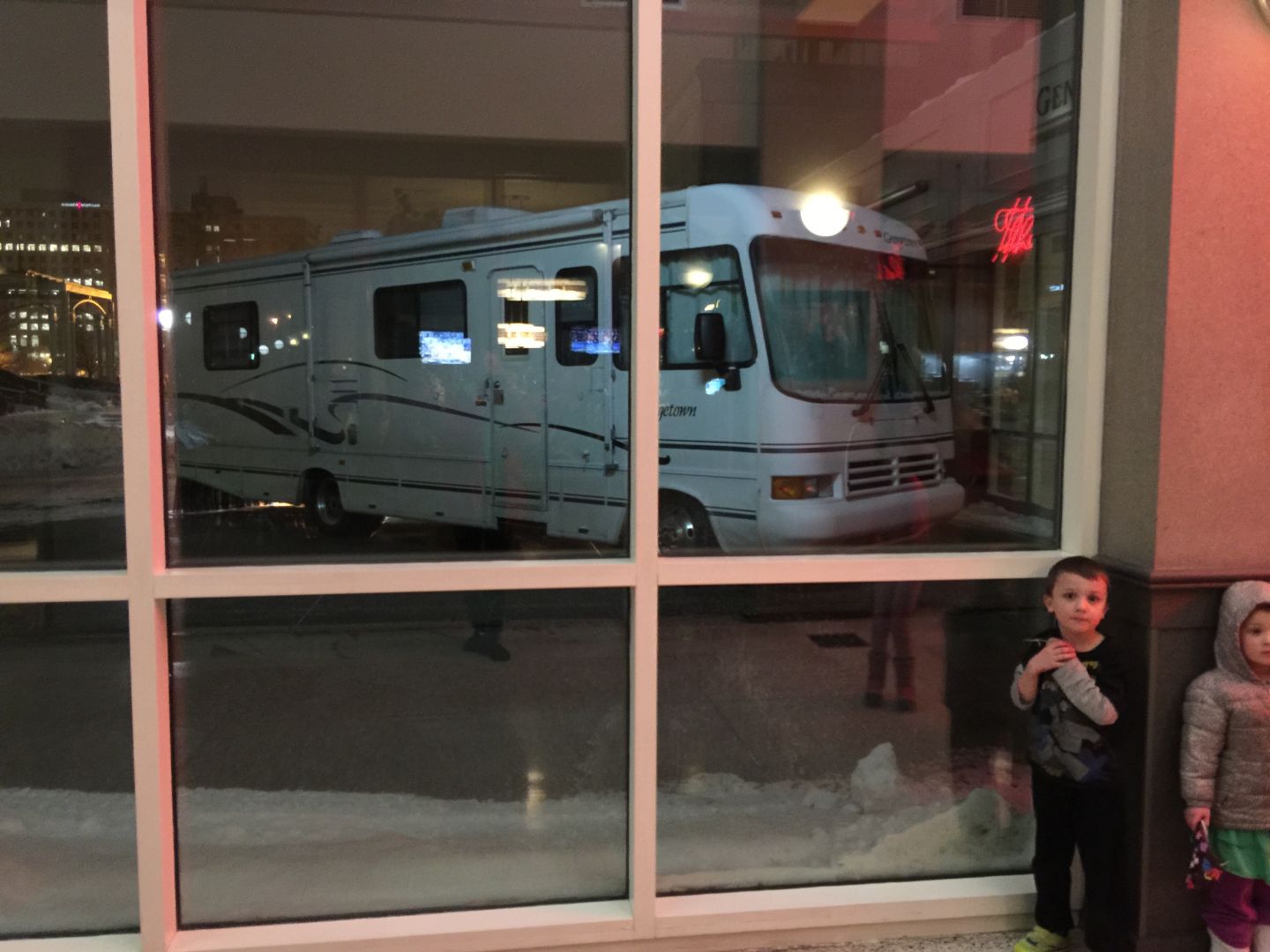 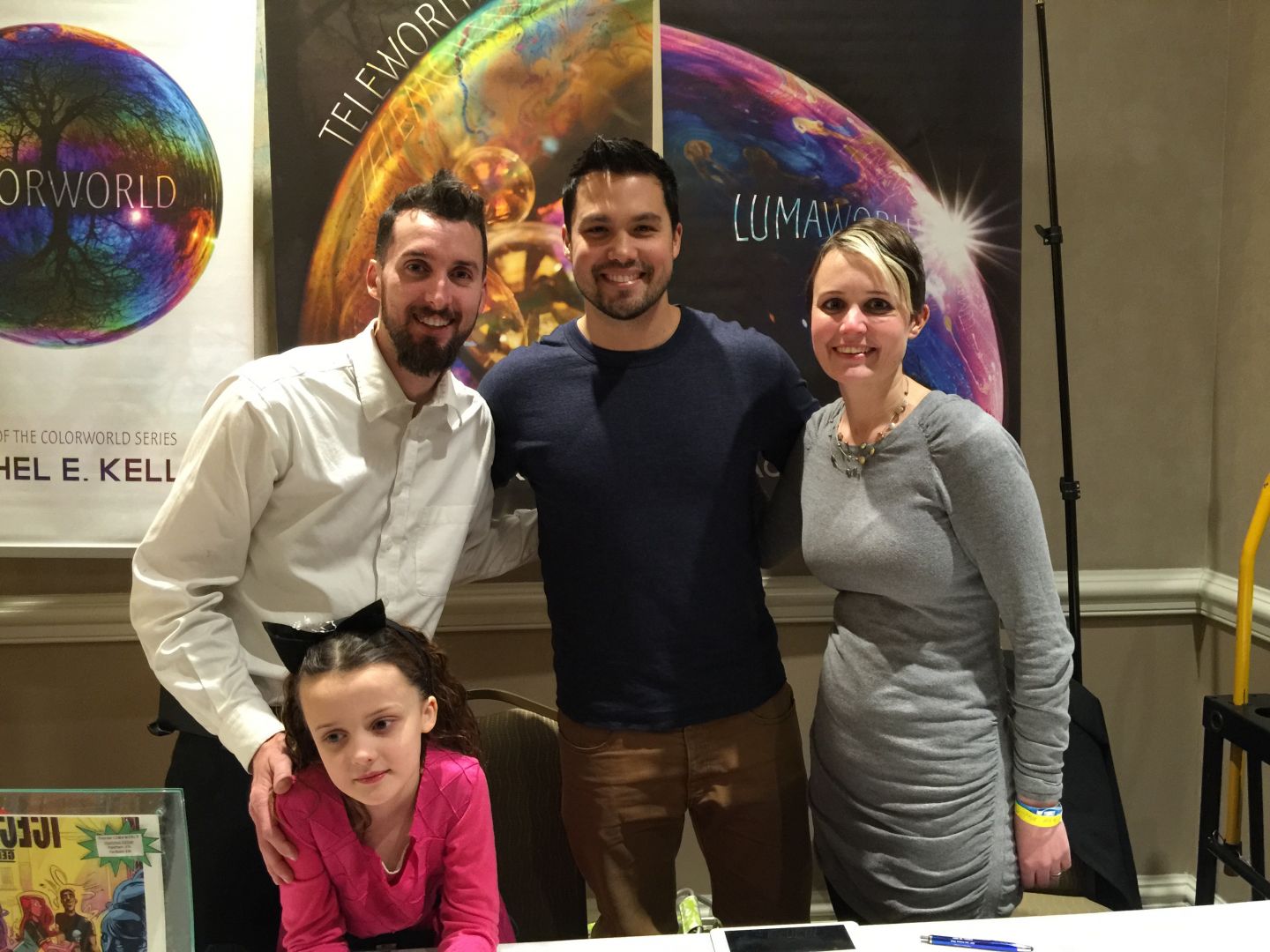 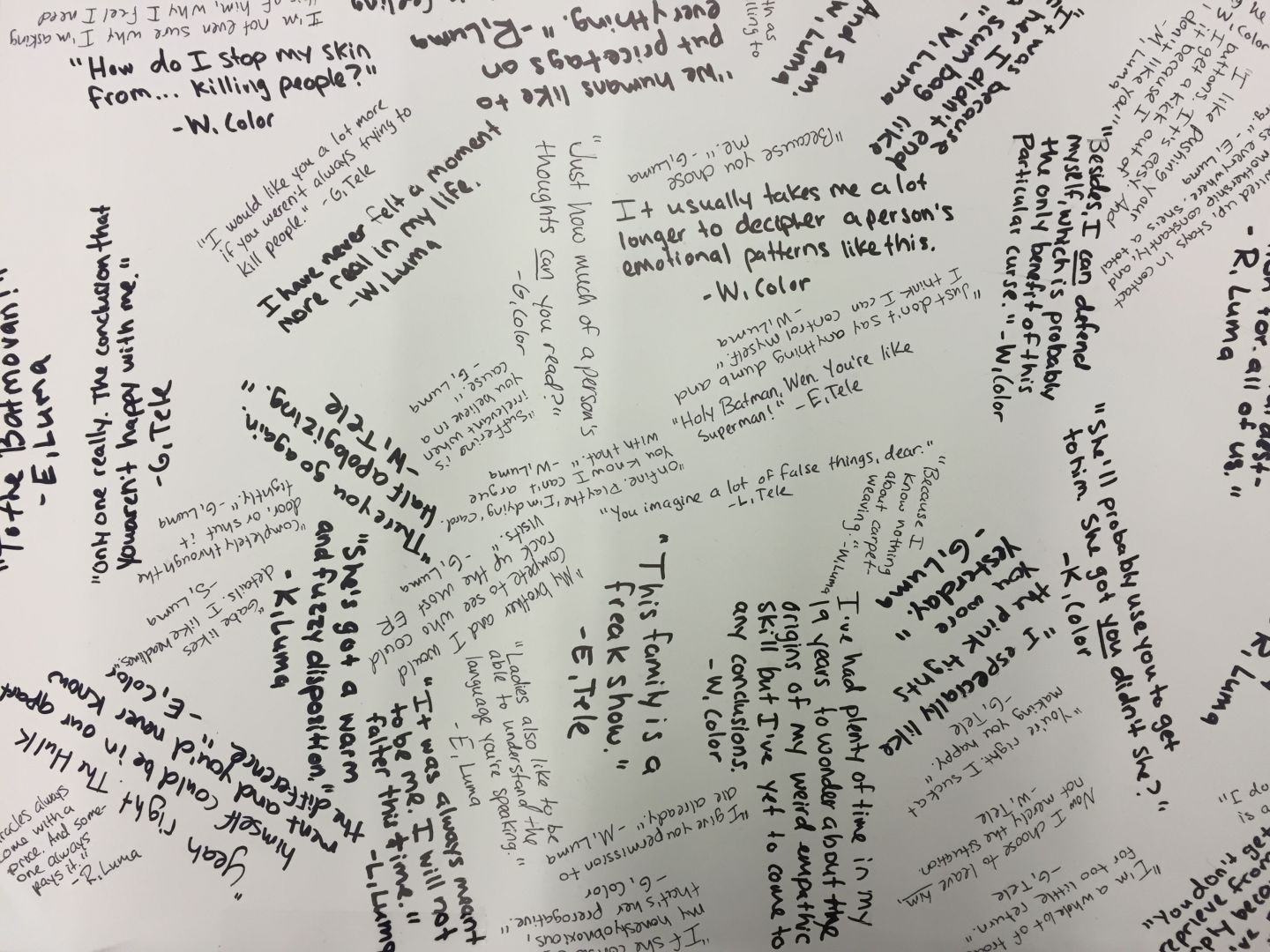 Wait. Are we talking about the city I currently live in or a city I’ve visited? I live in a very small town. I moved here so I could not have to go anywhere. Because I have been EVERYWHERE in the USA over the past 5 years. So let’s instead imagine that teleportation is real so that all the places I would take them are at our fingertips. First I would take them to New Orleans. We’d ride bikes down St. Charles place and look at the grandiose old homes and admire the enormous trees that line the street. We’d pick up a cream cheese-filled king cake from Target, because I’m telling you I’ve had those fancy ones, and they aren’t that great. When night came, we’d visit the graveyards in old New Orleans and look up the names on some of the royal-looking headstones. That’s how we’d learn our history: at random and at the feet of the graves of people who lived it.

We’d hit up Texas then, somewhere outside of Houston, and miraculously it would be during a lightning storm at night that would be happening in the distance across the great plain. The sky would crack like glass with the lightning show and we would ooh and ahh the whole time. We’d take old Route 66 through to California, and on the way we’d end up in the ghost towns of Arizona. We’d peek at all the abandoned buildings and ignore all the tourist fluff while imagining what stories happened there.

When we reached southern California, we’d eat at Taco Nazo, home of the best baja tacos in America. And then we’d visit The Last Bookstore in downtown LA, finishing up a few blocks away at Clifton’s Bar. I would challenge the bartender to make me awesome virgin drinks while I soaked in the ambiance, because I don’t do alcohol. That bar, however, is jaw-dropping, and I have a thing for trees. Yes, those two things are related. We would spend the next couple days driving up the pacific coast highway in whatever vehicle my friend cares to rent. I won’t try describing that drive. You just have to do it. It’s soul-stretching.

Once we reached Washington, we’d teleport to Calgary for the sole purpose of eating a Margherita pizza from Uno Pizza, and once we’d had lunch, we’d be off to Michigan. We would rent a boat and hire a guide and island hop in the Great Lakes, and eventually we’d end up in Grand Rapids where we would gorge ourselves on tapas at San Chez. Our final stop would be St Louis, and my friend and I would run wild at the City Museum, a junkyard playground with a bunch of old cool architecture stuff. It’s so cool, in fact, that I feature it in my books. We’d end with dinner somewhere in St. Louis. To be honest, I’m not sure where exactly, but I’d hit up my Brad who always knows all the best places to eat no matter where you are. (My Brad is clearly useful for a lot of things).

We would end our adventure in North Dakota, watching the sun rise, in the dead of winter, at the edge of a field of tall grass that has just been covered in hoar frost. If I’m going to have to say goodby to my friend, I want to do it in a place that looks like heaven. 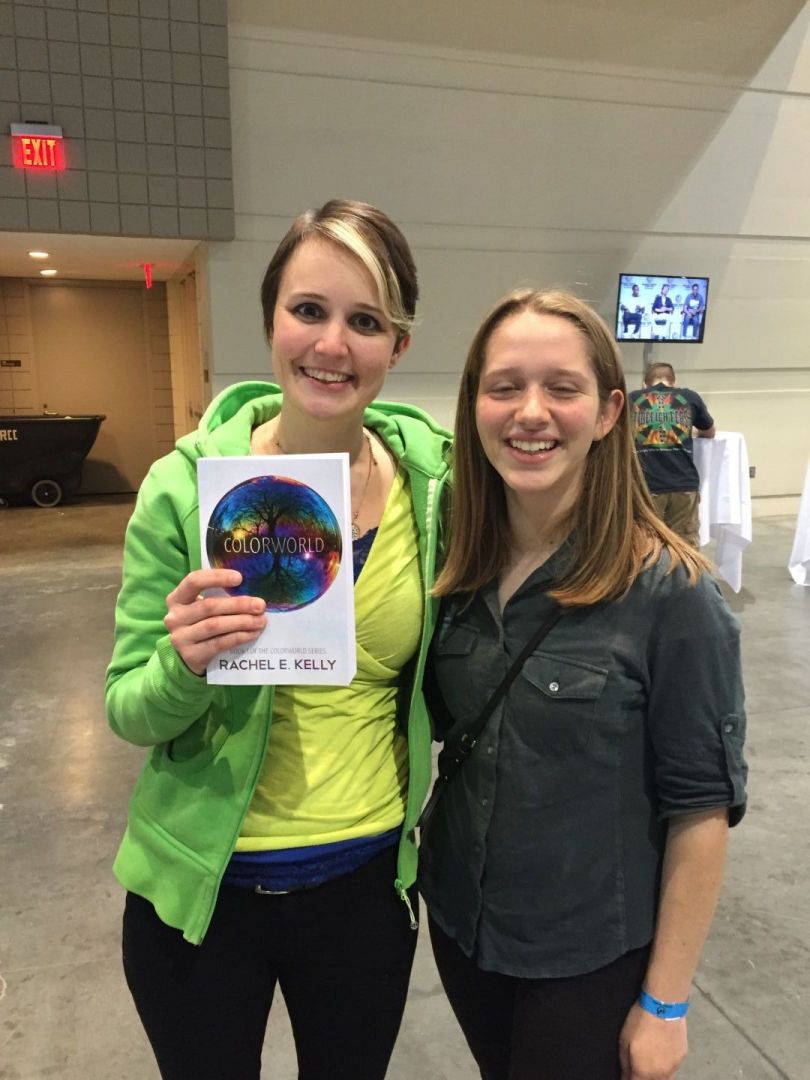 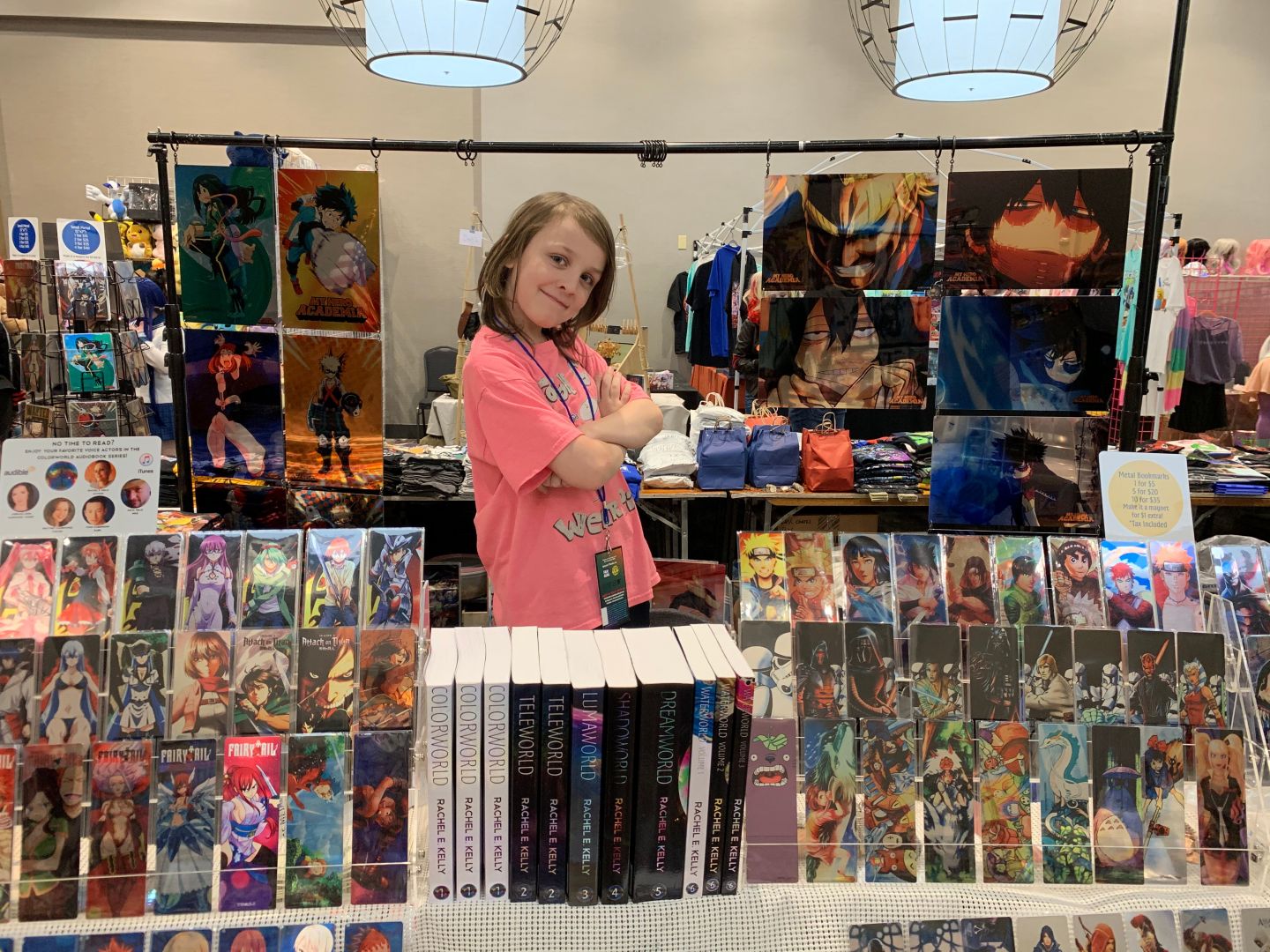 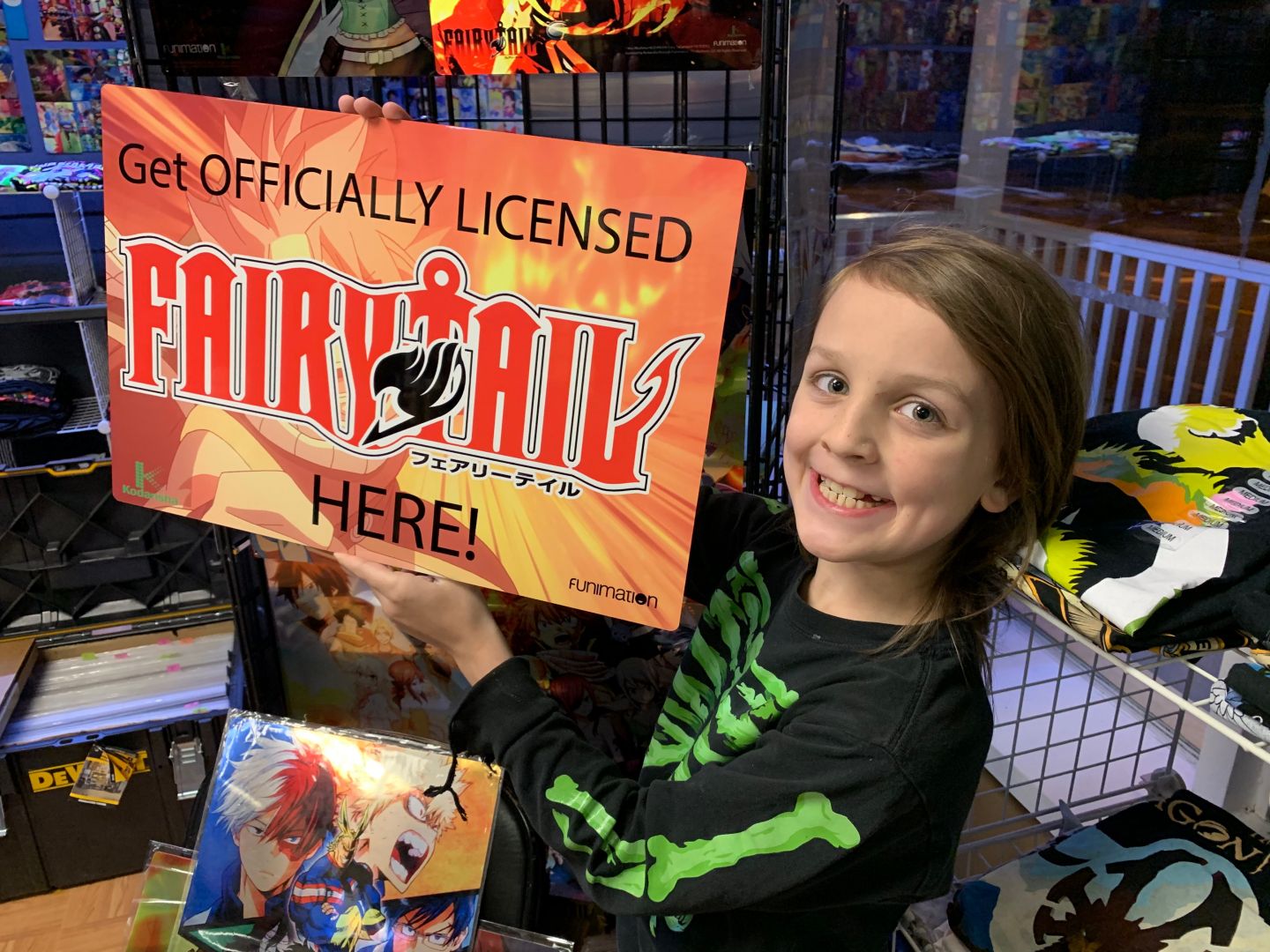 Who else deserves some credit and recognition?
My Brad. He does, like, all the things I hate about being a creative (mostly). Fans. Cliché, I know, but there would literally be no point to all of this if there was no one around to appreciate it. 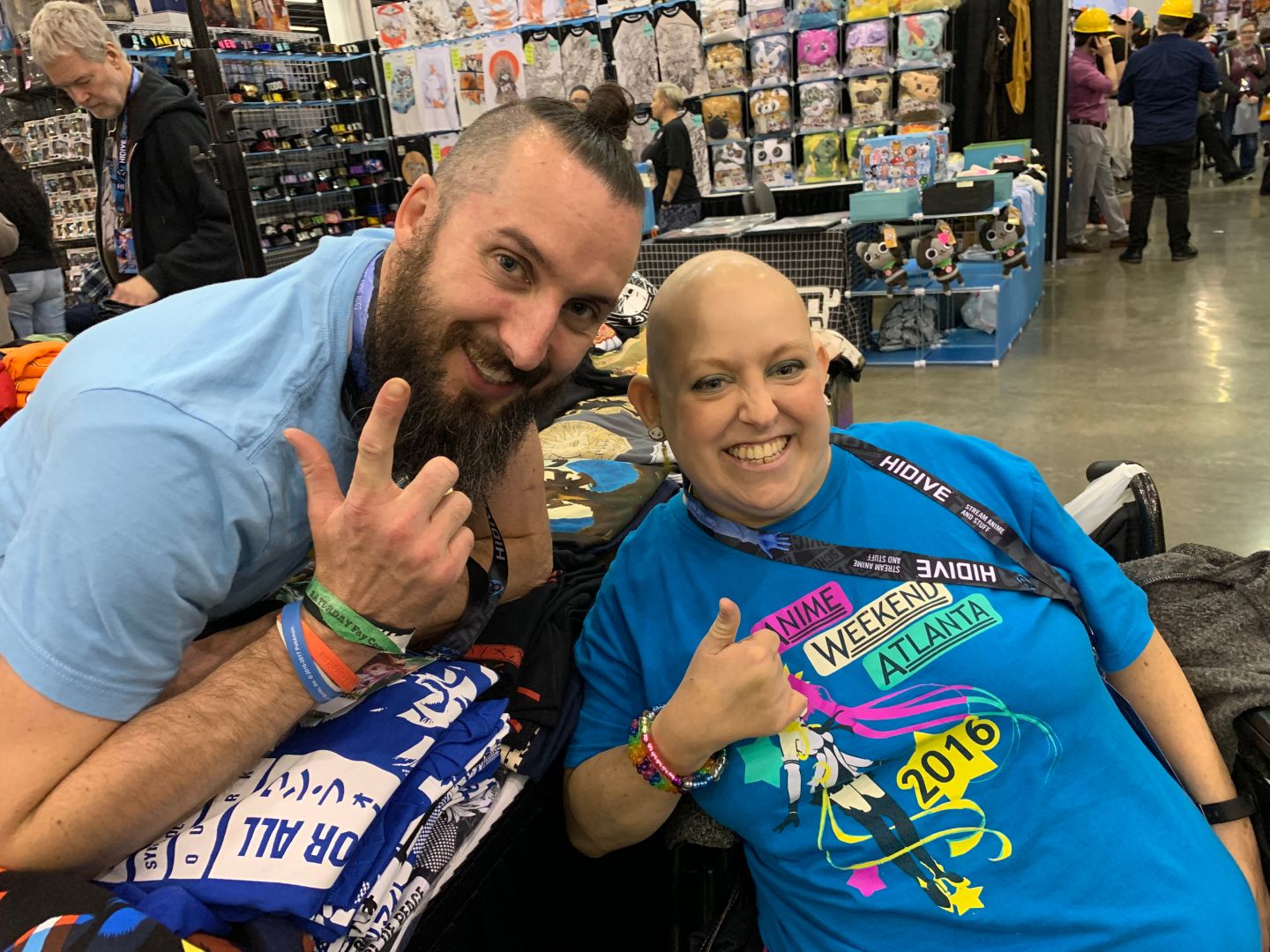 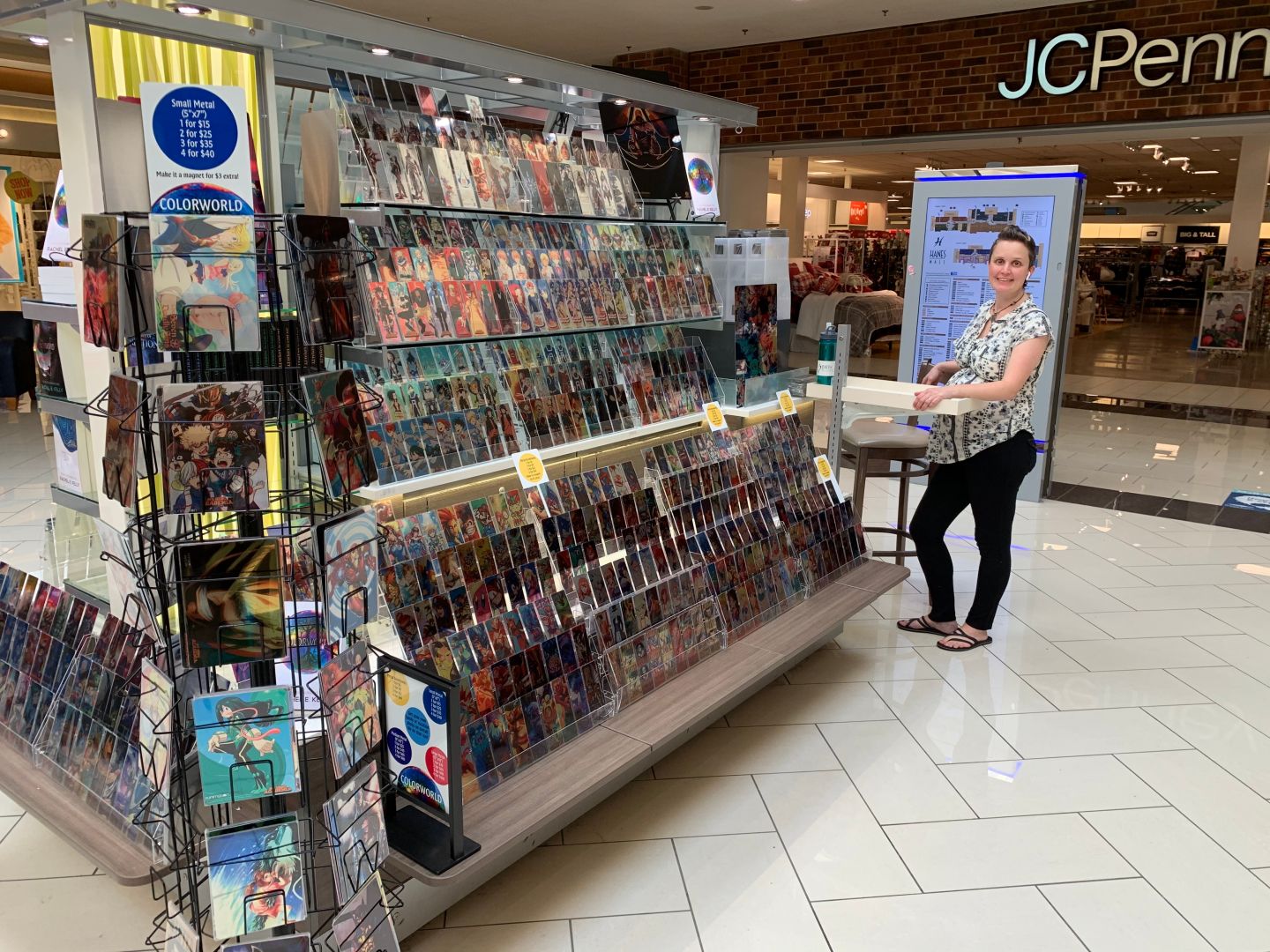 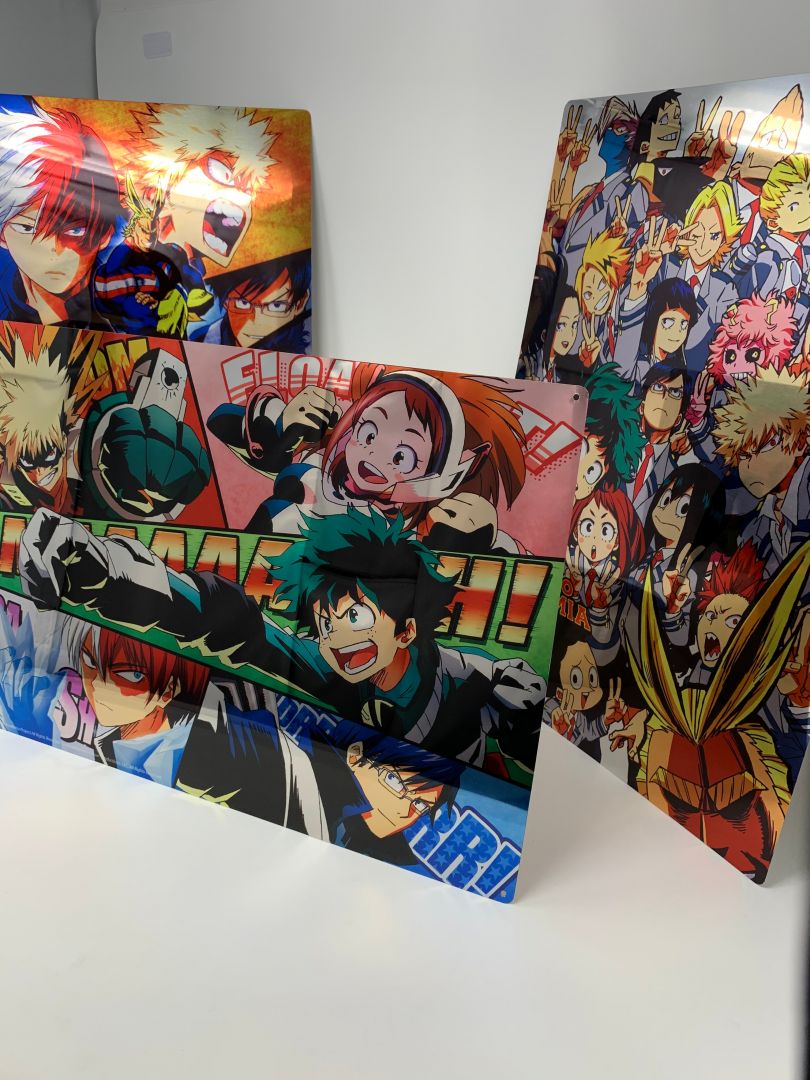