We had the good fortune of connecting with Ray Easter and we’ve shared our conversation below.

Hi Ray, we’d love to hear about how you approach risk and risk-taking
Risk plays a big part in a career of stand-up comedy. There is so much uncertainty in comedy, that you have to learn how to be comfortable with it. When you’re just starting in stand-up, you’re told you’ll have to move to Los Angeles or New York City in order to have a successful career. Comedy also does not come with health insurance or a union, so there is no feeling of stability unless you have Kevin Hart’s status. It’s pretty scary because there is no certainty whether you’ll make any money.

When you write a new joke, there is no guarantee that it will be funny. You have to risk the chance of an audience not liking a joke, therefore, not liking you. Once you learn how to be okay with silence from a crowd, its easier to risk the chance of not being funny. You’ll actually find that you’re much funnier when you’re not worrying about the risk. 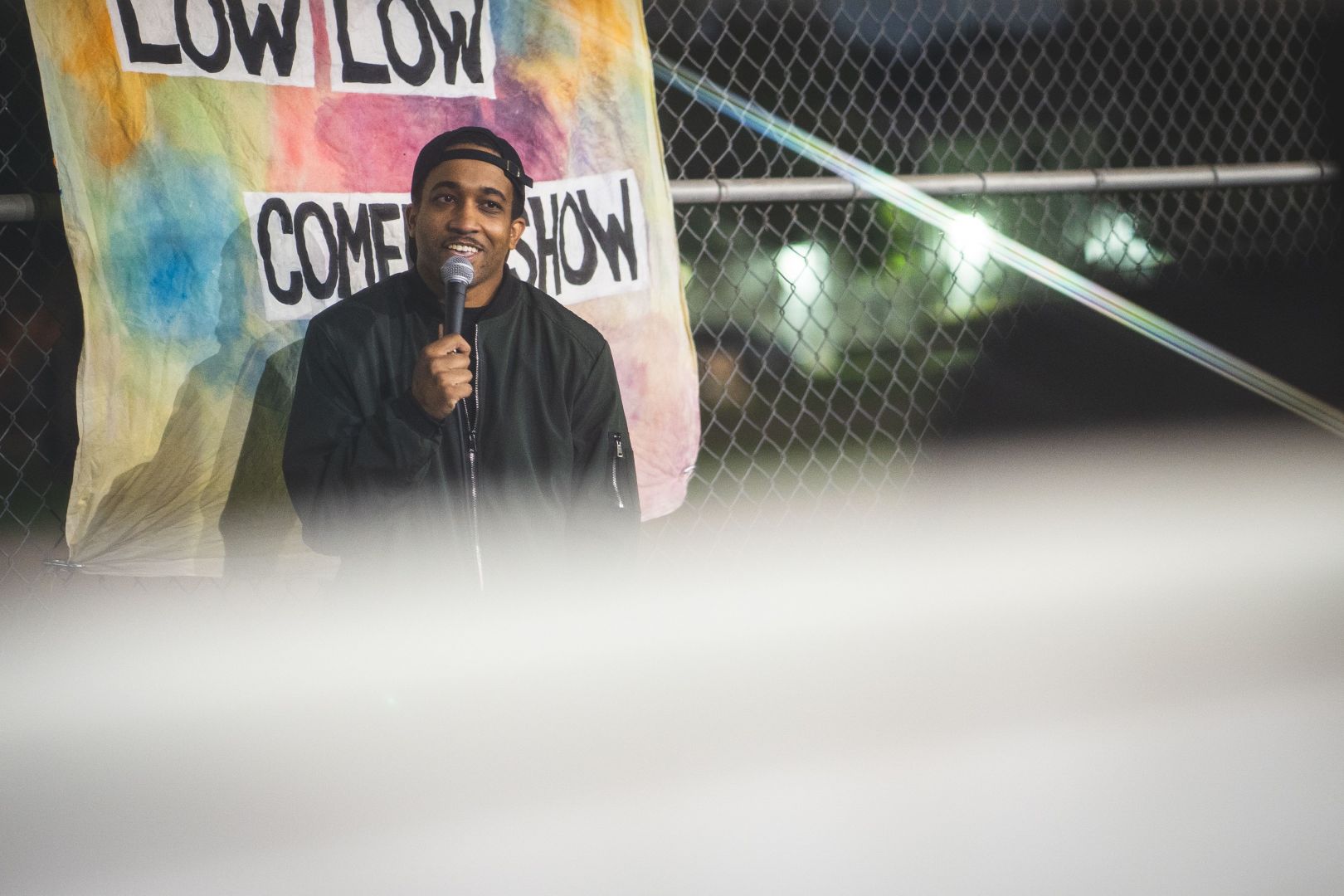 Shoutout is all about shouting out others who you feel deserve additional recognition and exposure. Who would you like to shoutout?
Right before I moved to Los Angeles from Springfield, VA, I did a guest spot for a comedian named Adam Ray. He was doing a weekend at the Comedy Drafthouse Theater which had just relocated from Arlington,VA to D.C., and I wanted to perform there before I had moved. I reached out to him through Twitter and he agreed to let me do a five minute guest spot on both his 7 and 9;30 shows.

Hours before a show starts, it’s very common for insecurities and other negative thoughts to start forming in a comedian’s head. Although I am aware of this now and I do things to get my mind off of negative thoughts, I was not aware at the time that this was pretty standard for comedians. I built up in my head that this night would and could go horribly wrong. My worst fear was that Adam and his openers would be rude to me. I had never met any comics from LA and didn’t know what to expect.

Both shows ended up being a success and I did well with both crowds. None of my negative thoughts happened and Adam Ray couldn’t have been nicer to me. I told him I was moving to LA and he gave me a lot of words of encouragement. I’ve learned over the years that just because bad things can happen doesn’t mean that they will. I’m lucky to have that memory to reflect on because it proves that theory. About a year after moving to LA, I ran into Adam and he helped me get some stage time at the Comedy Store. This is a big deal to a young comic.

In the entertainment business, there are gatekeepers on many different levels. Its basically a rat race to get any kind of success. One thing is for certain, comedians have mostly gotten opportunities from other comedians. We have to look out for each other. Adam could have very easily turned down my request to work with him or not have responded at all. Instead he took the risk of giving me stage time and went beyond that when I met up with him again.