We had the good fortune of connecting with Richard Galli and we’ve shared our conversation below.

Hi Richard, what principle do you value most?
“A little nonsense now and then, is relished by the wisest men.”

The late-greats Roald Dahl and Gene Wilder brought this phrase into my life at an early age, and it has accrued even more meaning with age. Working on film productions can be difficult: 15+ hour days, 6-day weeks, stress, intense manual labor, inclement weather, stress, Fraturdays, weather, dirt, stress. Add to that the ups and downs of life, and it’s not hard to see the wonders of letting go – even for just a moment.

As a kid I was really into magic, which was directly responsible for leading me towards the film industry – camera tricks. There was something about how someone’s eyes lit up with a look of, “this seems impossible, how did you do that?” I became addicted to that feeling, that nonsense; not so much being the keeper of the keys and the trickster, but instead the creator of wonder and awe. It was the “high” in high school, and has been in my veins ever since.

Certainly, there have been times when I’ve maybe allowed a little too much nonsense into my life, but I’d still prefer that to the opposite. And true, sometimes it seems elusive, impossible or even rude to let something like that out of the bag, but it has gotten me through some of the hardest times of my life…and some of the best as well. 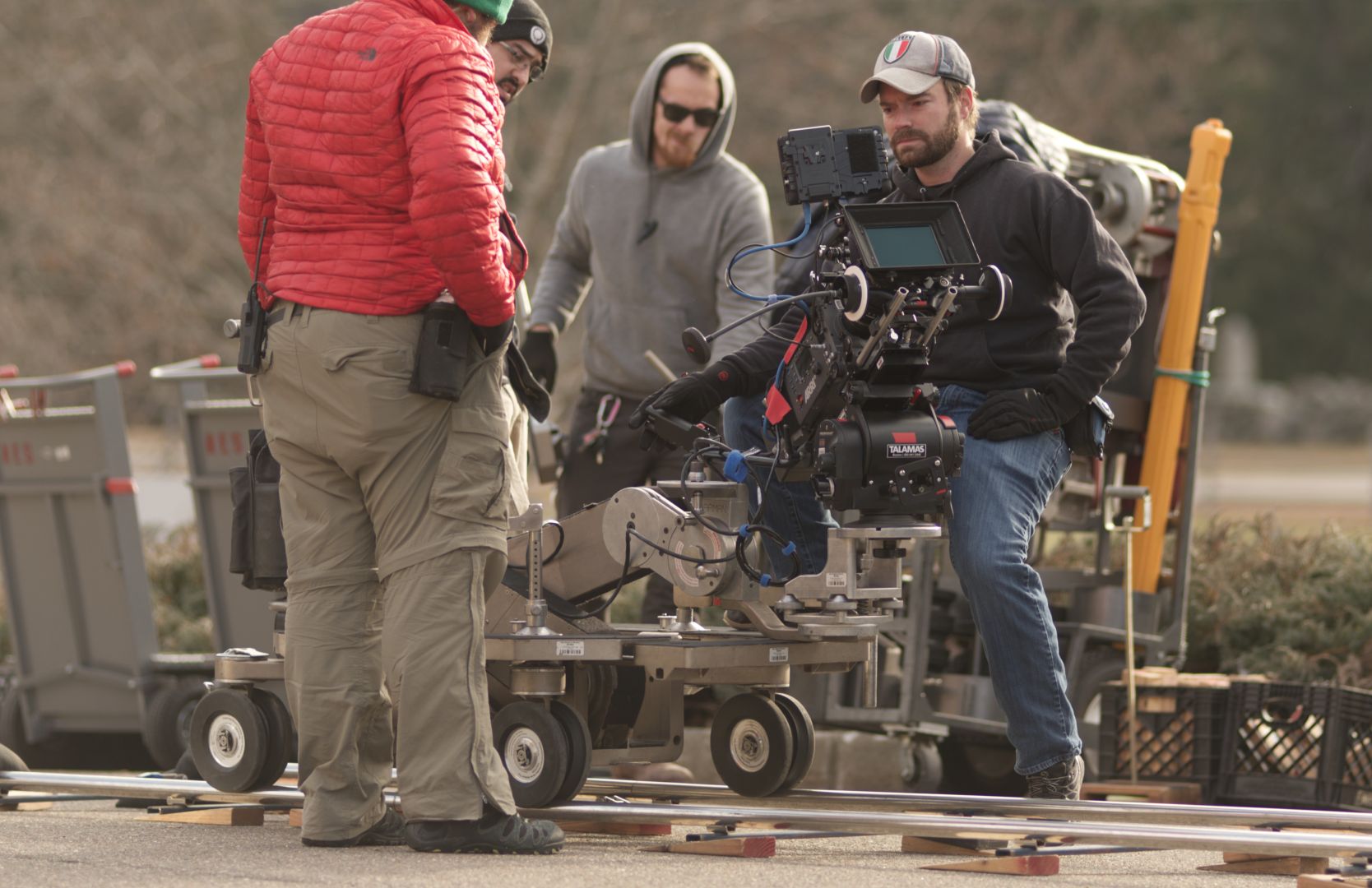 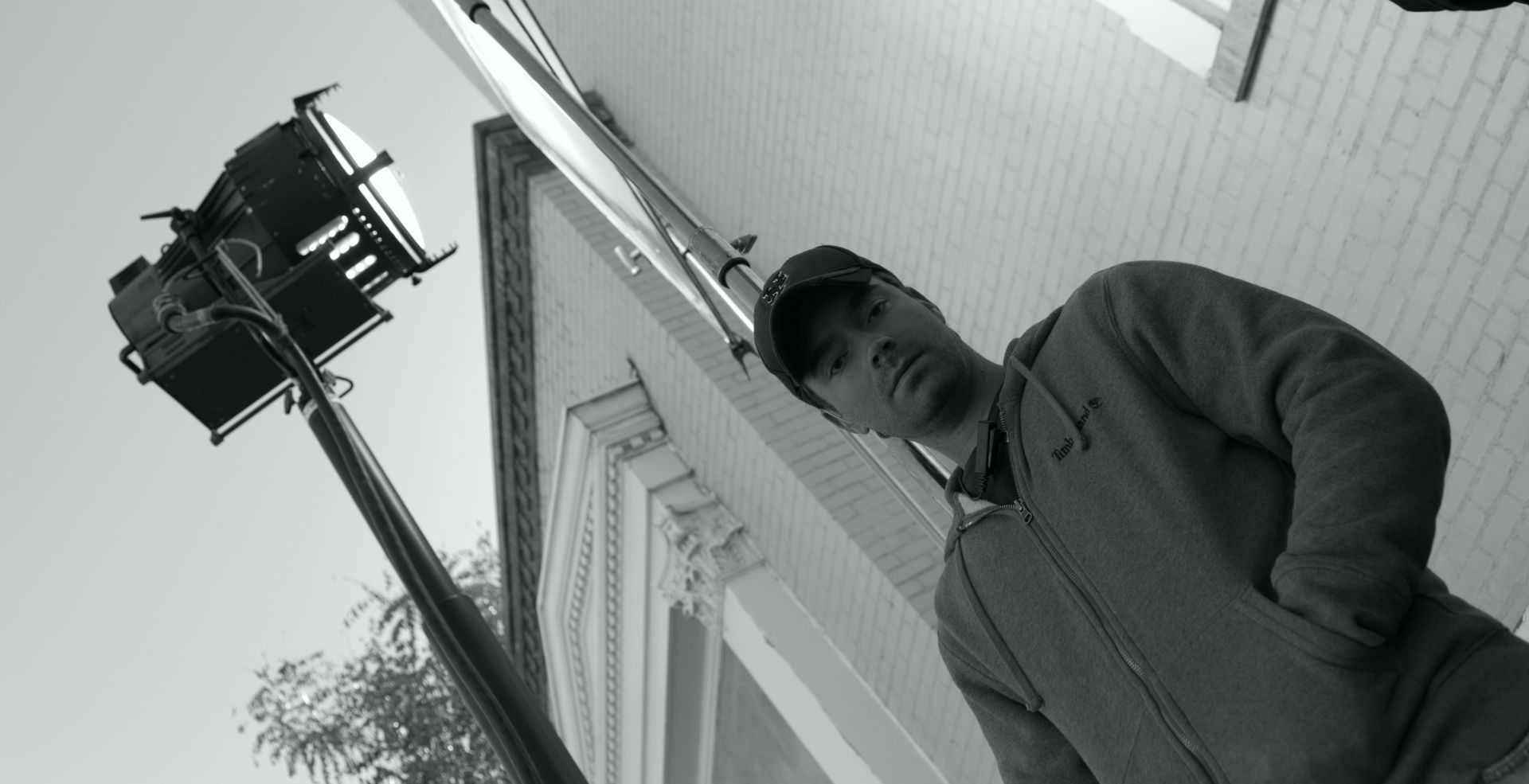 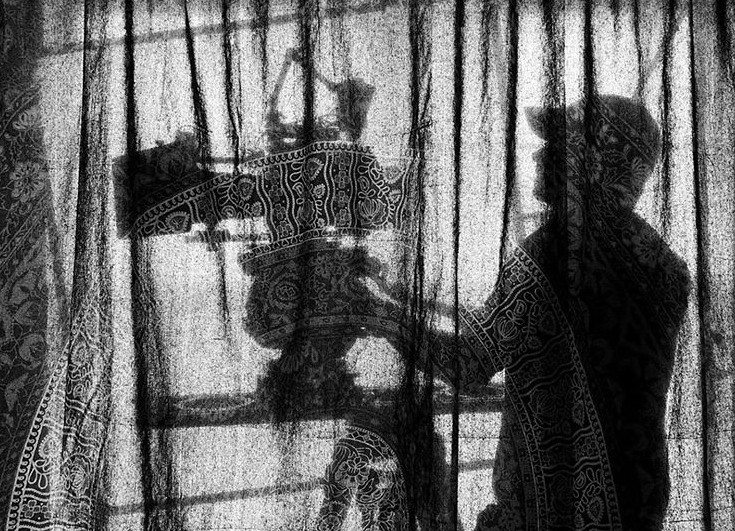 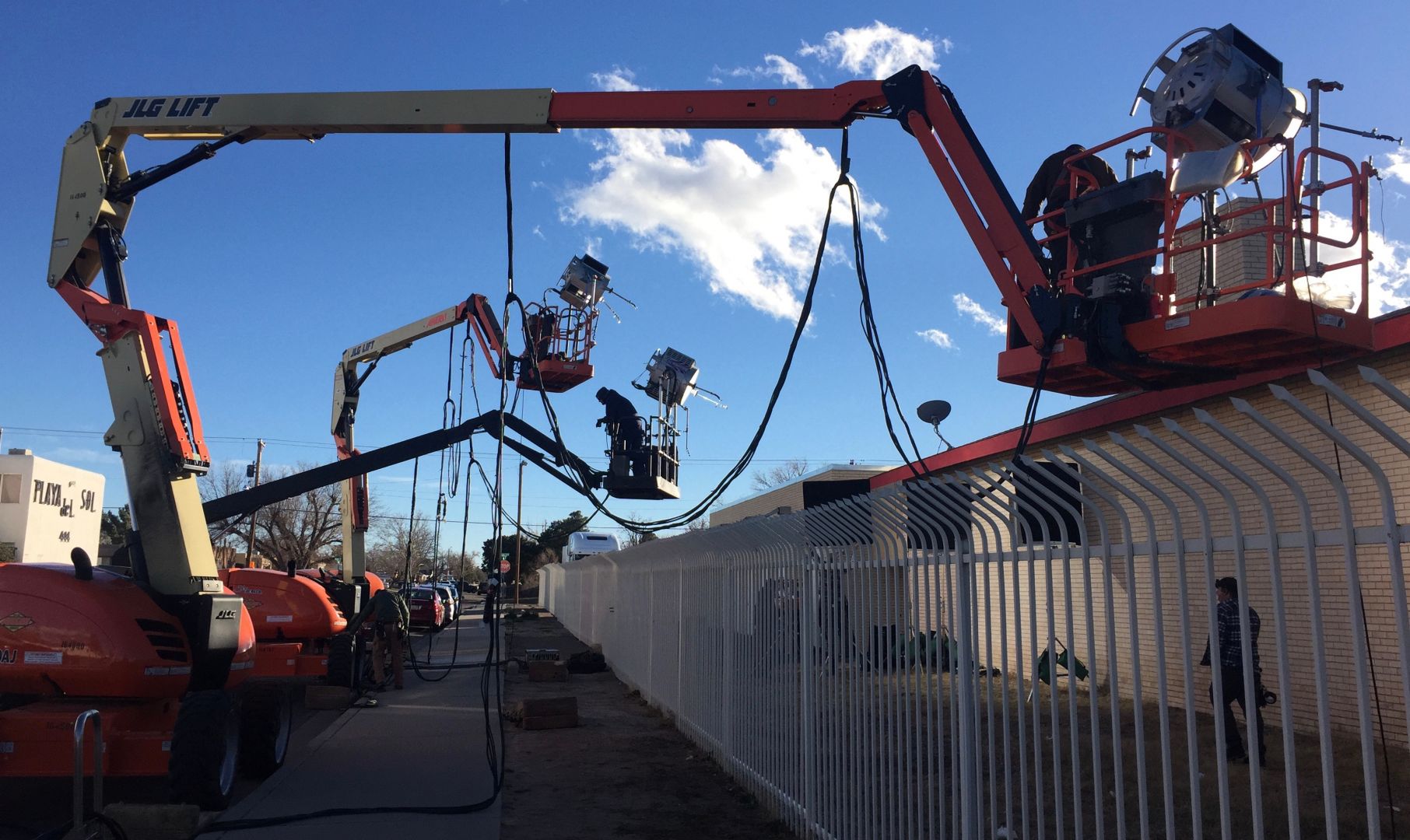 Alright, so let’s move onto what keeps you busy professionally?
I think “art” has a lot of different meanings in the film industry. Well, at least for me. There’s so much interwoven into the threads of art on film – the creative, technical, business, managerial – which doesn’t make it less of an art, but rather more beautiful. When someone asks me about my profession, I always say, “my business card says: “Cinematographer.”‘ Because in the end, I’m really a filmmaker. It’s my curse, I love it all. Writing, directing, producing, acting, shooting, editing, sound – all with their own skills, techniques and art. This is a difficult thing to be in LA, because we are so many; it’s hard to put a single puzzle together when everyone already has duplicate pieces. But cinematography is what ultimately narrows my focus – my heart and drive. Being able to capture life in a frame, elicit emotions, and construct a story around color and light, has been my inspiration, my science and my employment, since almost my first memory.

I was absolutely fascinated with magic as a kid (you know, in addition to Ghostbusters, Ninja Turtles, POGS and Nintendo). It was the wonder, the fascination evoked when someone is confronted with something inexplicable, that captured me. The funny thing is, I was never really good at it. I always betrayed the magicians code – I would reveal the trick to the tricked. To me, it was more about the experience and the moment, the creator/viewer relationship, instead of being the secret holder. And it was this that led me to a new type of trick – something that I didn’t know the secret behind: camera tricks. People can fly? Dinosaurs can exist on a remote island? Humans can interact with cartoons?

The camera quickly became my new wand and deck of cards. I immersed myself into “making of” featurettes, which seemed to have no problem with giving away their secrets either. And then it happened – 6th grade. My social-studies teacher stood in front of the class, and threw us all a sliding curve ball: with all of our project topics (ours was the battle of the Atlantic in WWII) we needed to present in a way he had never seen before. No poster boards, slides or overhead projectors. It had to be a movie. Now at this point, I was really just interested in buying miniature battleships, putting them in my family’s pool, filling them with firecrackers, and filming the illusion that my friends and I were in a battle. The trick was all I cared about. But I knew that smoldering plastic wouldn’t get me a decent grade, so my project partners and I wrote some scenes with historical facts, donned some of my Dad’s old West Point fatigues, and created a story around the chaos of chlorine in my backyard. But I still considered this the “distraction” of a magic trick – the flair and showmanship, and not what the audience was truly there to see. I was wrong. As the VHS rolled in front of my class, I couldn’t wait to explain how we had shot the battle sequences – of everything I had learned from Hollywood behind-the-scenes. And my classmates’ eyes did light up with the wonder and fascination of a magic trick…but to the story. The narrative. To me and my friends running around, blurting out historical facts. To nonsense.

After film school I immediately jumped into lighting. There was still so much I still wanted to learn about the art of color, shaping, bending, and creating an emotion from light. This led me to Albuquerque, and what I consider my graduate school; but my classroom was on sets like The Avengers, Breaking Bad, Better Call Saul, and dozens of other features, television shows, blockbusters, commercials and independent films. I was learning from some of the greatest light motivators of our time. Sure, sometimes I was up to my knees in cable, sweat, fake blood, mud, ice, and horse manure, but memories and knowledge are forever…and it’s amazing what a shower can cure.

With a host of knowledge, a small nest-egg from all of the crew work, and the love of my life (whom I met in Albuquerque), we proceeded to move to LA, where I realized my knowledge of the film industry was just a pebble in a much bigger pond, and my nest-egg disappeared into a camera the price of a high-end sports car. And yet, it’s amazing how things like that can feel like a boulder on your shoulders, and at the same time like a can of spinach in the hands of Popeye. We just went out and did it. We just shot, and shot and shot and shot; anything we could find. Now I’m finishing up my 8th feature film, am Cinematographer for a children’s show who aims to have upward of 90 episodes, and can’t wait to add more to my plate.

I don’t know much about my “successes.” To me, just being able to afford living in LA, and doing what I fell in love with at an early age, is as powerful of a success as anything. And I don’t think I can say how my art or brand is different from others, because it’s not. Art is art. It’s all different, and all equal. That’s one of the many great parts of it. A true artist will create, regardless of what others think, and a true viewer will appreciate art for what it is, even if they don’t like, or agree with it. And they don’t have to. One person may look at the Mona Lisa and say, “masterpiece!” while another says, “where are her eyebrows?” We create because we have a need to create – an exploration, and a reflection of ourselves. Every project I’m on is another chance to learn, inspire, build, and provide the world with a chance to laugh, cry, shriek or feel. It is a tough industry, a tough art; but, with a little nonsense, it’s the greatest thing in the world.

Let’s say your best friend was visiting the area and you wanted to show them the best time ever. Where would you take them? Give us a little itinerary – say it was a week long trip, where would you eat, drink, visit, hang out, etc.
DAY 1: – Drive out to Santa Monica, but pick-up Nate and Al’s on the way for lunch on the beach. Then take a bike ride around the pier, Venice canals, etc. Finish up with a drink to watch the sunset.
– Dinner at Red Lion Tavern in Silver Lake.

DAY 2:
– Drive up to Solvang, maybe with a quick stop in Santa Barbara on the way.
– See a play, experience some wine tastings, eat fantastic food. Probably check out an ostrich or two.

DAY 3:
– Drive back to LA. Today is our down-day, our recovery day.
– Go see a movie at TCL Chinese.
– Hunt down a food truck – either the pastrami burrito at El Flaming Taco, or a lobster roll from Cousins.
– Dinner in, with food bought from a market like Eataly or Sorrento.

DAY 4:
– Universal Studios. Get soaked on Waterworld/Jurassic Park first, then dry off to some Harry Potter, Butterbeer and lunch.
– Dinner at CityWalk
– Breakroom 86 – enough said.

DAY 5 – Final Day
– Wake up, recover with some mimosas downtown, then tour the Arts District.
– Lunch at either Cole’s for a French Dip, or Grand Central Market.
– Show at the Hollywood Bowl, hopefully it’s Labor Day weekend.
– Dinner at Osteria Mozza. 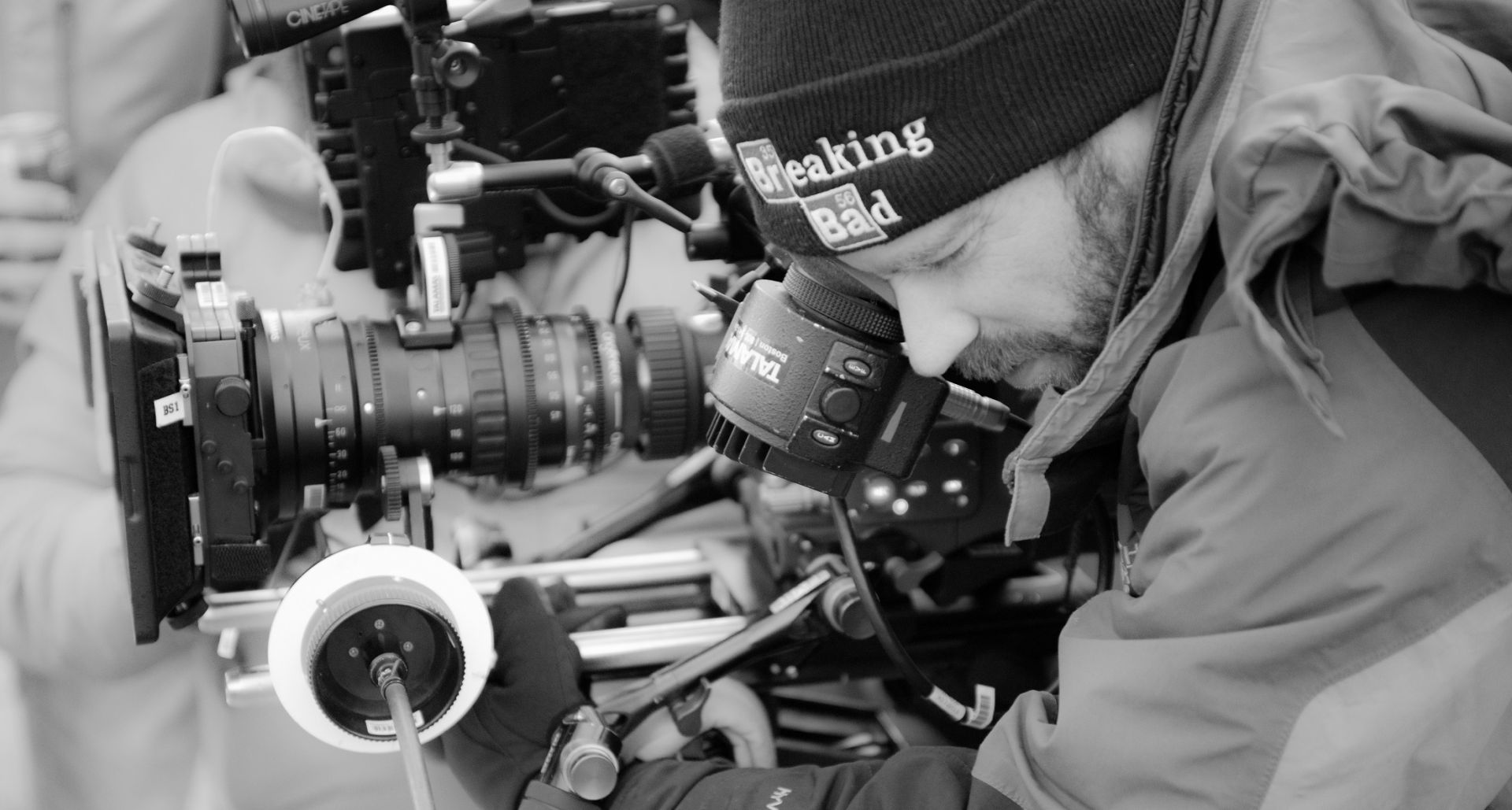 Who else deserves some credit and recognition?
Family, family, family. Friends, friends, friends. I would have a lot less inspiration without them. Also to every movie I’ve ever seen, because with each viewing – even repeat – I always learn something new.