We had the good fortune of connecting with Rickey Teems and we’ve shared our conversation below.

Hi Rickey, any advice for those thinking about whether to keep going or to give up?
I know. The audacity to even mention, giving up. The dream bulldozer. The ambition disrupter. The entrepreneur’s kryptonite! Why would anyone opt for giving up when they could simply gaze at a few motivational memes, and then cruise control to billions and a new condo in Successville, right? So maybe my next few words won’t be as applicable to those of you with a Nipsey Hussle level of, well, hustle. This is more for the countless aspiring and accomplished dream chasers who struggle daily on their quest to achieve and/or maintain success, and I do not fancy myself above the fray. To keep going or give up is a perpetual crossroads. It can start as early as the initial stages of an idea! Should I research further? Should I raise the capital? Should I hire a professional? In fact, Les Brown is quoted as saying the cemetery is the richest place on earth, because that’s where infinite ideas have been buried that could have cured cancer, influenced economies, made the world a significantly better place. To keep going or give up is our modern introspective of the timeless Shakespearean inquiry, to be or not to be?
Today I am encouraging you to be. In a world where we find ourselves scouring for support because everyone is so preoccupied with their own pursuits, and social media has blurred the lines between the makers and the fakers, I’m telling you, keep going. You got this!
I had no idea what I was doing when I was prompted to start writing novels. I wasn’t an English or creative writing major. I didn’t know a single publisher or writer. When I dove head first into the sea of cinema, I didn’t ride a wave to film school. I wasn’t a PA. I had never even been on a film set!
To keep going was the simplest, yet most essential choice. I removed the expectations. I filtered out the discouragement from results, allowing only the lessons to remain. I rejected the doubts and fears that seemed to flow effortlessly from others. I committed my time to studying the best in order to become the best, while constantly remembering I can be both a work of art, and a work in progress. Oh, and I was unapologetic about all of that. While others attempted to convince me of the stringent norms I “needed” to follow, I resiliently reminded them how Blockbuster chose a similar approach when Netflix surfaced, and ironically, many of those same individuals have succumbed to the same fate as the former. Sure, we need to understand the rules and formulas of our respective industries, but we also need to allow ourselves to be ourselves! Your skin color, religion, sexual orientation, etc., are all unique assets to further your story. You are the only one of you that God created. That makes you rare, and the worth for rare is exponentially higher than the value of average.
Today I am blessed to have received awards across the country for both my novels and film work. I helped launched 4ARCK Entertainment, as we recently released our first feature film You’re Hired! (available on streaming giants like Amazon, Apple and GooglePlay). But I’m probably most proud of aiding numerous others in pursuing their passions in a wide range of industries. For more than a decade I’ve assisted with counseling and mentoring groups to help underserved adolescents in South Central live a better life, all while nurturing a family of my own. I am fulfilled on so many levels, but still have an insatiable hunger for more, so much more. Bigger budget productions. Programs to help the less fortunate. Leaving this world with more than what I took. I’m choosing to keep going, and I hope to see you at the finish line with me! The marathon continues! 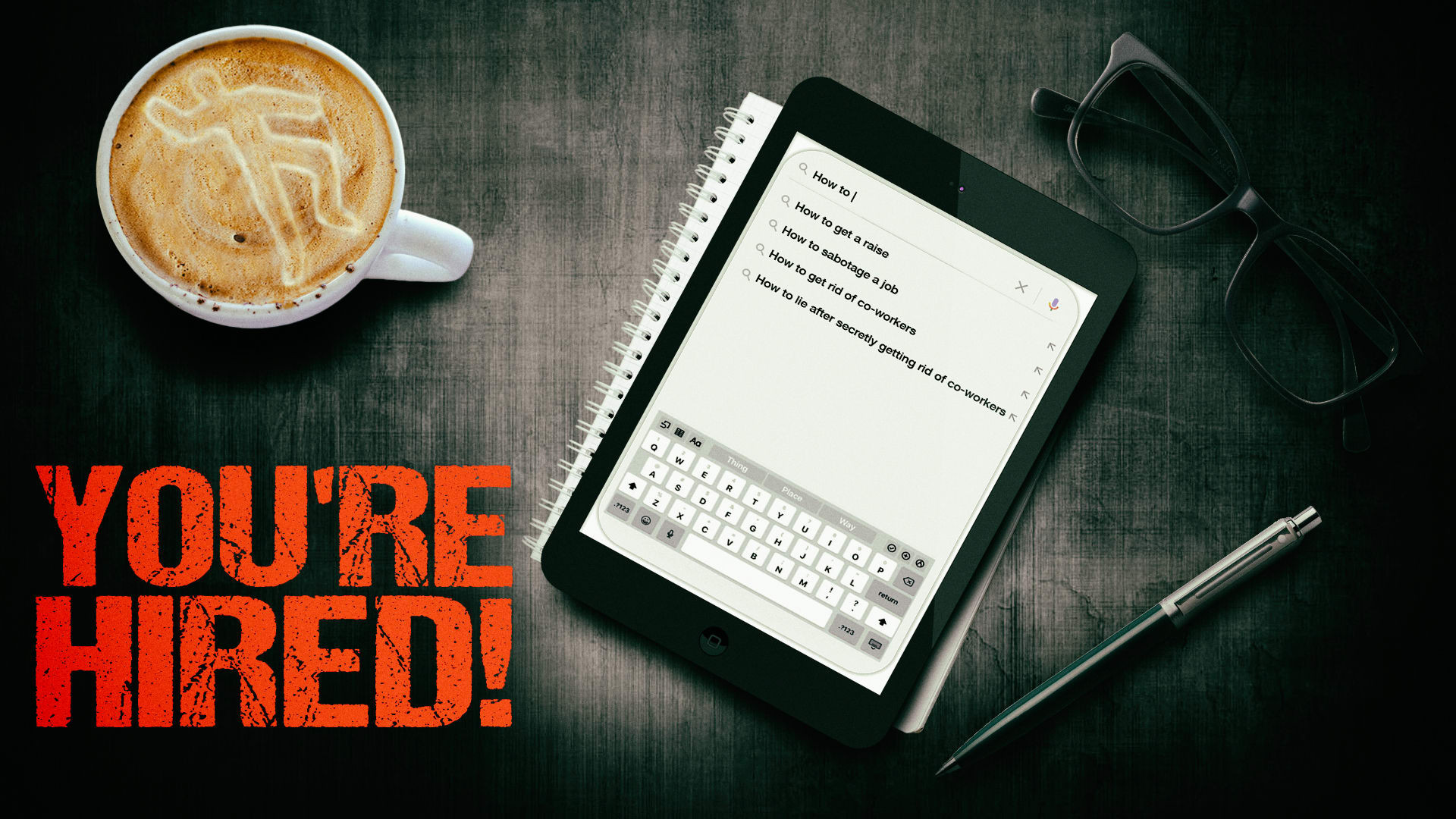 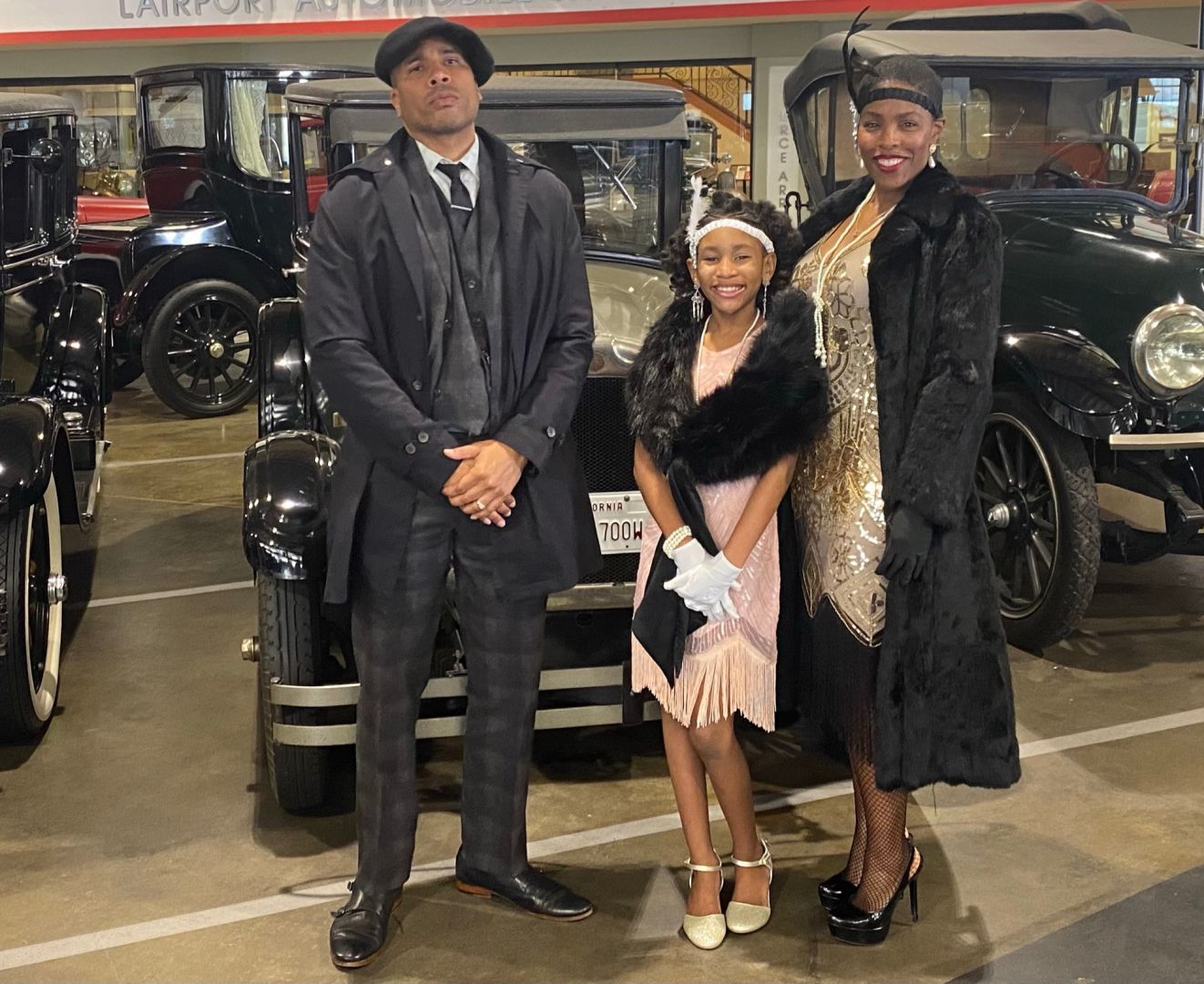 Can you open up a bit about your work and career? We’re big fans and we’d love for our community to learn more about your work.
I’ve always loved to write. In 3rd grade we created these little “books” and mine won best story. As far back as I can remember I’ve had a passion for storytelling. Unfortunately it wasn’t until much later in life that I realized the many opportunities writing can create. Like most African-American adolescents, I assumed writing meant rap music, and I was actually pretty good. But no matter how much better I got, something kept pressing me to go farther, explore deeper. It wasn’t overnight, but after years of reluctance, I eventually wrote my first novel. I imagined I was going to sell a bazillion copies, frequent Oprah’s Book club, crush the New York Times best sellers list, get knighted in England, bring Africa back to glory, and on and on. Obviously I was a tad bit optimistic. It’s easy to look back and laugh at how naive and uninformed I was, but I don’t scoff at the heart and courage it takes to put yourself out there. I’ve never been afraid of risks. I think faith and risks have been the cornerstones for my growth and success. I wasn’t afraid to take risks with my style and topics. That’s created buzz. I never let the odds determine my next move. That fueled progress. So now I’m always searching for what stories need to be told because others are too scared to tell them. I want my works to be remembered for being bold, diverse and genre bending. When my projects and personal journey are both equally inspiring to the next wave of writers and filmmakers, I’ll view that as success.

Let’s say your best friend was visiting the area and you wanted to show them the best time ever. Where would you take them? Give us a little itinerary – say it was a week long trip, where would you eat, drink, visit, hang out, etc.
I love showing off LA. We have so much rich culture and heritage. But make no mistake, the first place we are going is LA Live so I can flex by the Staples Center and brag about the 17 titles Magic and Kobe have delivered. I’m going to let you know we are the City of Champions, but afterwards, we can grab a drink at Library Bar or go check out some of the talented work in the Arts District. I’m also going to make sure you get a taste of real LA, not just the popular tourist spots. So we might start with breakfast at the Watts Coffee House and then check out the iconic Watts Towers and some of the parks my grandma helped build. Afterwards, we can slide over to Market Street in Inglewood. There’s no shortage of good food, drinks and if we’re lucky some live music. Of course catching a few waves always makes for a good day, and if there’s time, I don’t mind showing some of the classic Hollywood landmarks (and where I think my star will go one day). Other than that, what’s hot? Every Angeleno knows there’s always a couple of new restaurants or lounges that are the, “gotta try” places of the moment. 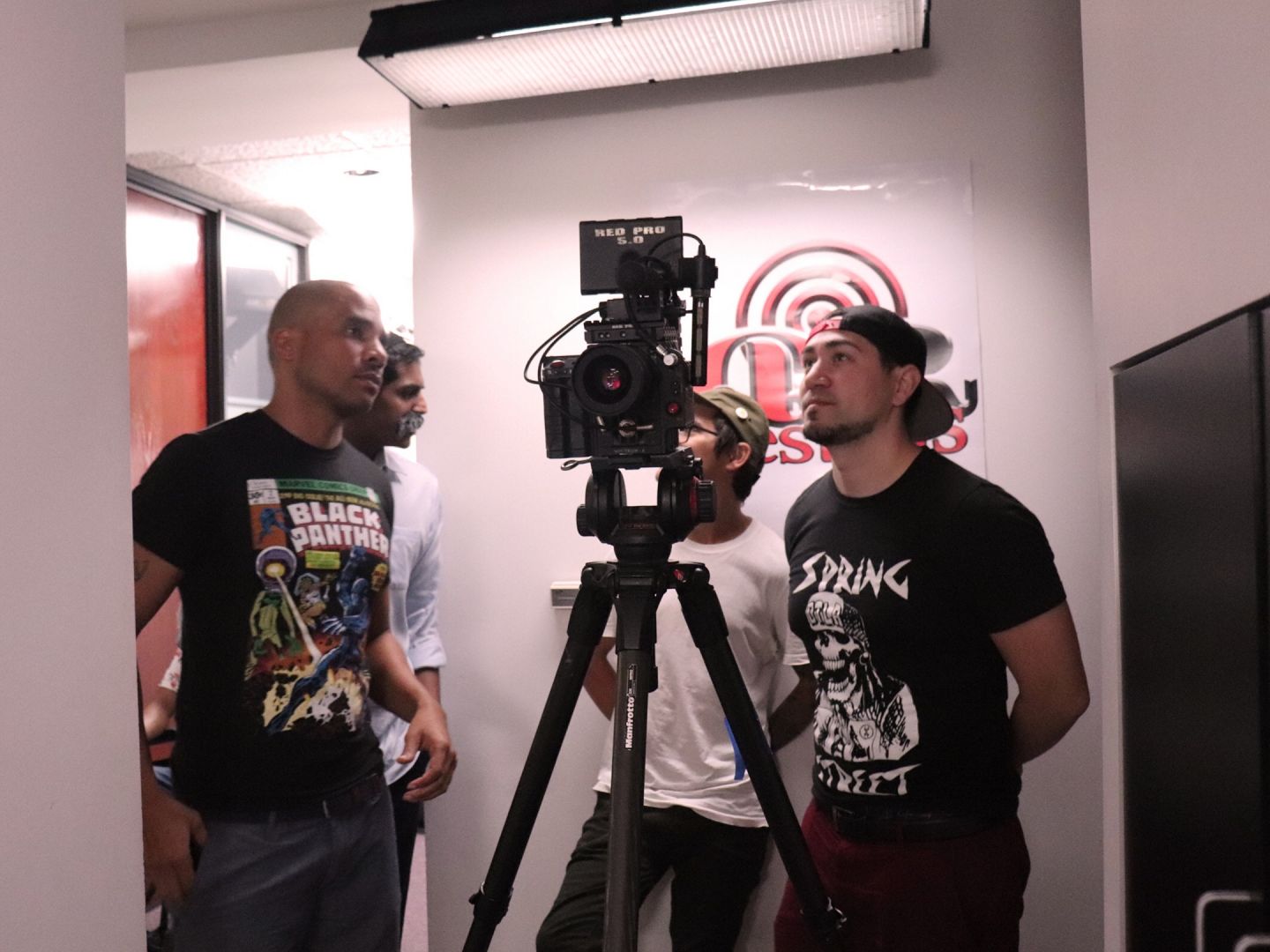 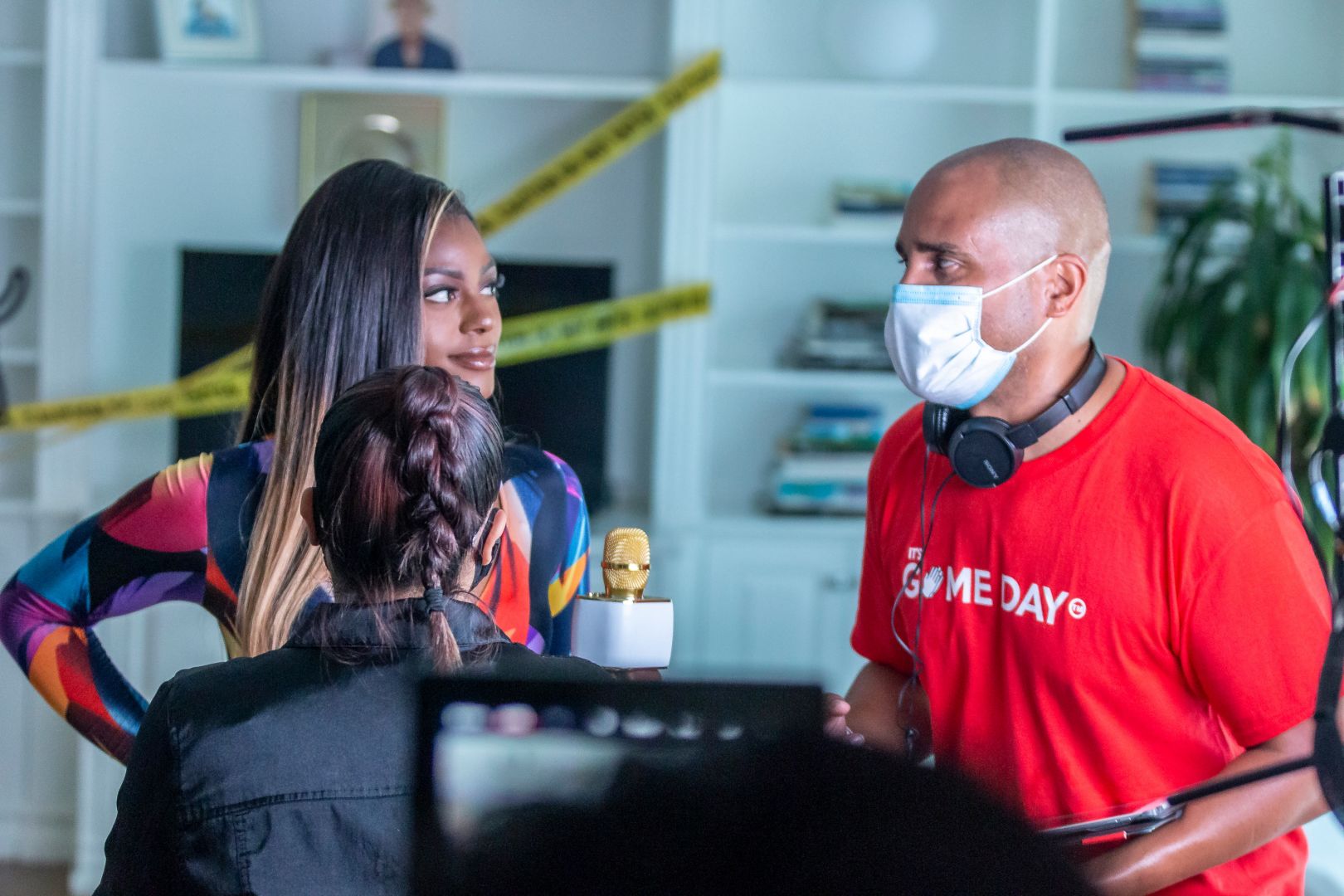 Shoutout is all about shouting out others who you feel deserve additional recognition and exposure. Who would you like to shoutout?
When it comes to recognition, it’s only right I recognize the Most High first and foremost. There were times when I had no one and nothing but faith, and that always proved to be enough. However, I want to dedicate this to all the people who could have changed the world, but were never given the platform they deserved because of their race, religion, orientation, etc. The pioneers who had their contributions blatantly taken, or their last breath unlawfully stolen. I will continue to be your voice!