We had the good fortune of connecting with Jet Eveleth and we’ve shared our conversation below.

Hi Jet, can you share the most important lesson you’ve learned over the course of your career?
Since I was a child, I’ve dreamed of becoming a monk. I imagined it was like being a puppet who had cut its own strings. I wanted to live beyond feeling reactionary. However, performing as an improvisor and clown has taught me that I can pull my own strings for the pleasure of others.

The job of the clown is to play with the wild horses of their own emotions. Over time, the clown becomes a horse whisperer, calling their own feelings out for a ride or signaling them to stay in the stable. Through this discipline, one can learn to be both the puppet and the puppeteer. For this reason, the stage has become my monastery. Plus, I heard monks can’t have dogs. 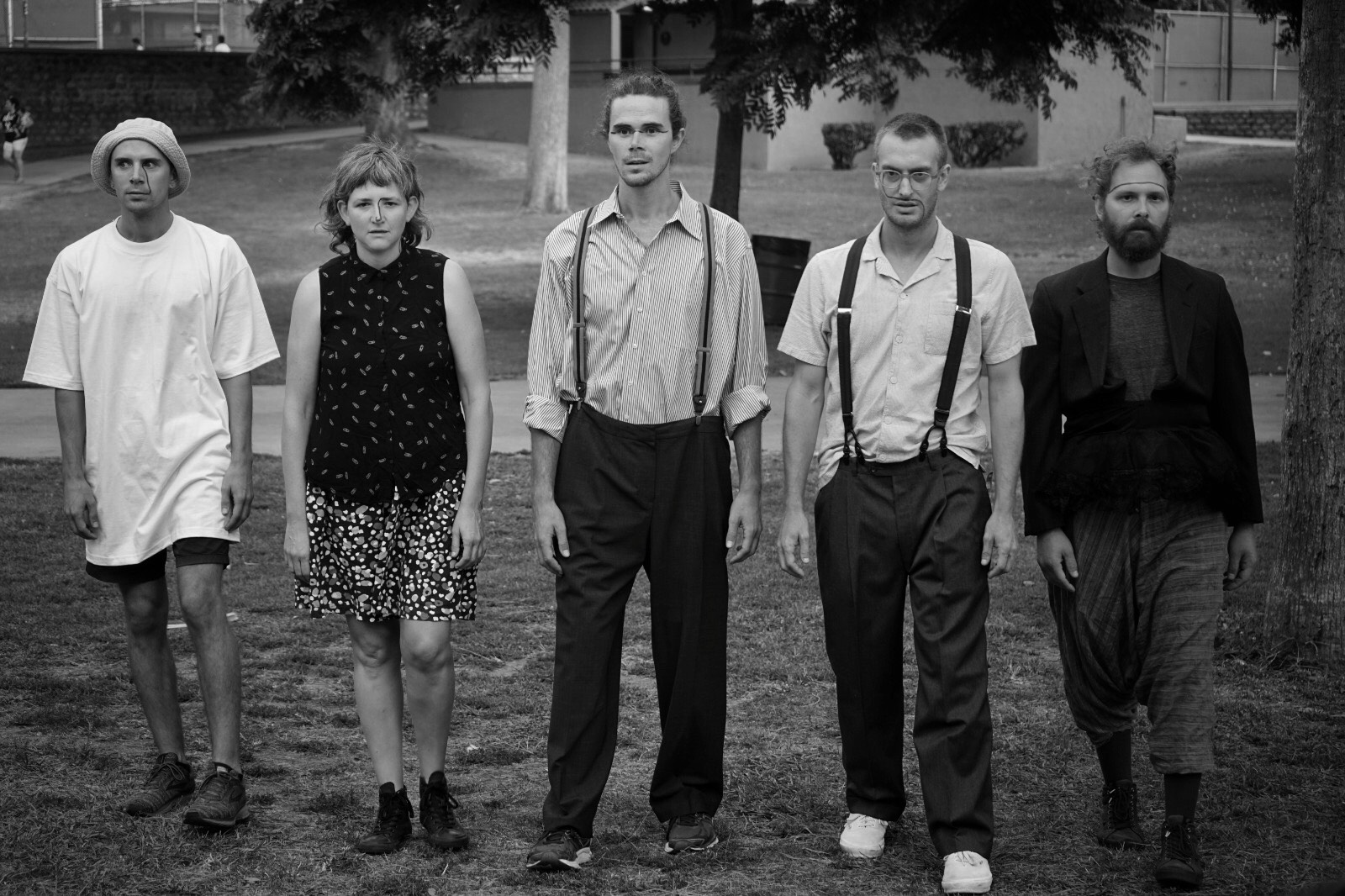 Can you open up a bit about your work and career? We’re big fans and we’d love for our community to learn more about your work.
When someone asks me about my work, I say I’m an artist or a clown. Then I see that confused look on their face. I quickly follow up with, “I was in a cirque show in Vegas.” That helps the person next to me on the plane move on to “So how long will you be in Atlanta?”

For most of my working years, I have toured as a sketch and improv artist. More recently I performed at Caesars Palace in the cirque show Absinthe. The show is indescribable, but the Huffington Post came close with, “Risqué, dangerous and mind-altering… poetic, beautiful, inspiring and insulting. The greatest show on earth.” I played a Pee-wee Herman-esque character or ”clown” who hosted the show, stitching the acts together through physical comedy and improvisation. However, I hesitate to use the word “clown” because most people picture a red nose, a birthday party, or Stephen King’s IT when the reality is, I pretty much never eat kids.

Clown is a word with many meanings. For me, it simply refers to comedy that does not find its origins in the mind, drawing instead from anything and everything else: the body, the spirit, the ensemble, the moment. As intangible as meditation or The Force, clown is more or less a state of being. Charlie Chaplain captures this state in his films, and we see it in the emotionality of Lucille Ball, Chris Farley, and Melissa McCarthy. It is why we laugh at children and animals and delight in their naïveté. Appropriately, the word “naive” comes from the French word for “natural” or “just born.” Clown allows us to carry this innocence into our adulthood.

I tried to leave clowning behind once, but I didn’t last long. After a short time in TV and film, I felt disconnected and lost. That feeling led me to study with teachers who cultivated the intangible aliveness I was chasing. I went to the Pyrenees in Spain to study with a man named Wim Hoff. His mission is to set people free of their minds using meditation, breath-work, and ice immersion. Later I enrolled in The School of The Awakening program to study with a man named Eckhart Tolle. His book A New Earth was assigned reading by my first clown teacher Paola Coletto. His words are simple and serve as a lighthouse to those who want to return to the state of presence that resides within themselves.

In the quiet of quarantine, I assembled a theater company devoted to this sense of aliveness with LA-based artist Deenah Vollmer. Our process is committed to exploring the state of awe while pushing the boundaries and definitions of modern clown. Somewhat in contrast to the recent resurgence of theatrical clowning in Los Angeles, our focus is on ensemble rather than solo work. Hoff stressed in his teaching that our bodies yearn to be part of a tribe and that our disconnect from the whole is the root of so much suffering. To see synchronicity in a flock of geese or the complicity of a theatrical ensemble reminds us of this primal truth. Through the Highland Park Clown project, we aim to examine the human condition through the lens of play while paying tribute to its ancestry in Commedia dell’arte.

When asked ”What is clown?” I usually just change the subject. But if there were a gun to my head I would say, ”Wow dude, you really want to know about clown. It’s mostly just falling down, falling in love, or farting. How did you get that gun on the plane?” In simplest terms, clown is a celebration of the physical (and therefore vulnerable) side of the human experience. When the performer embraces this “muchness” of life, they serve as a mirror for the audience to see and laugh at themselves from a safe distance. Practicing this art has opened me to the potential of every moment on and, more importantly, off stage. As Eckhart Tolle might say, we are merely the moment posing with titles and names. 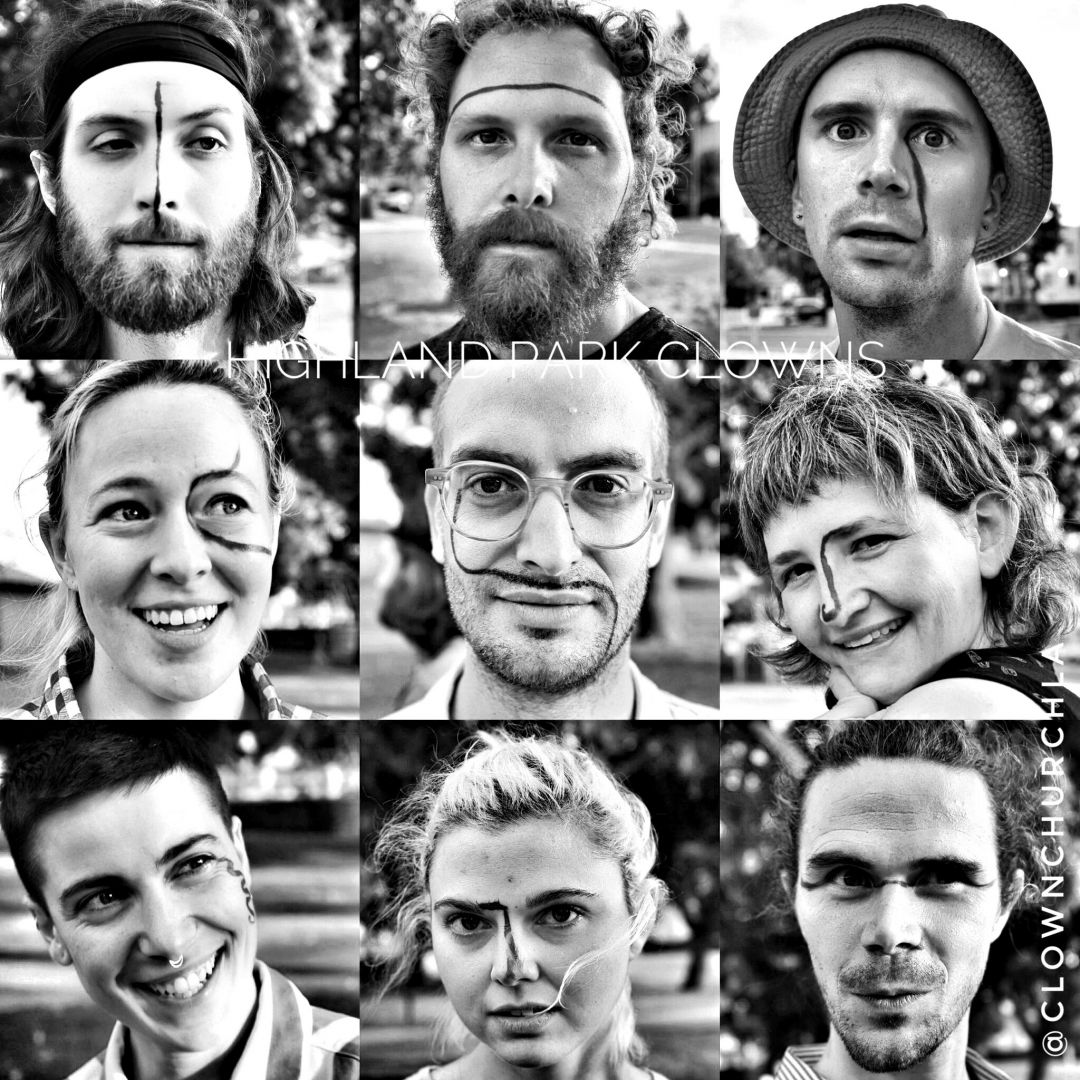 If you had a friend visiting you, what are some of the local spots you’d want to take them around to?
I would check out the South Pasadena Farmers’ Market and Ernest E Debs Park. I would recommend an acupuncture treatment at Alhambra Medical University Clinic; it’s wonderful care at a low cost. I also love the yoga classes and sound baths at Kinship Yoga in Highland Park. Don’t miss the wildy funny and beautiful show called Nervous (@definitelynervous) at Stories Bookstore in Echo Park. And of course, everyone should attend Clown Church (@clownchruchla) at Silver Park Arts before they die. 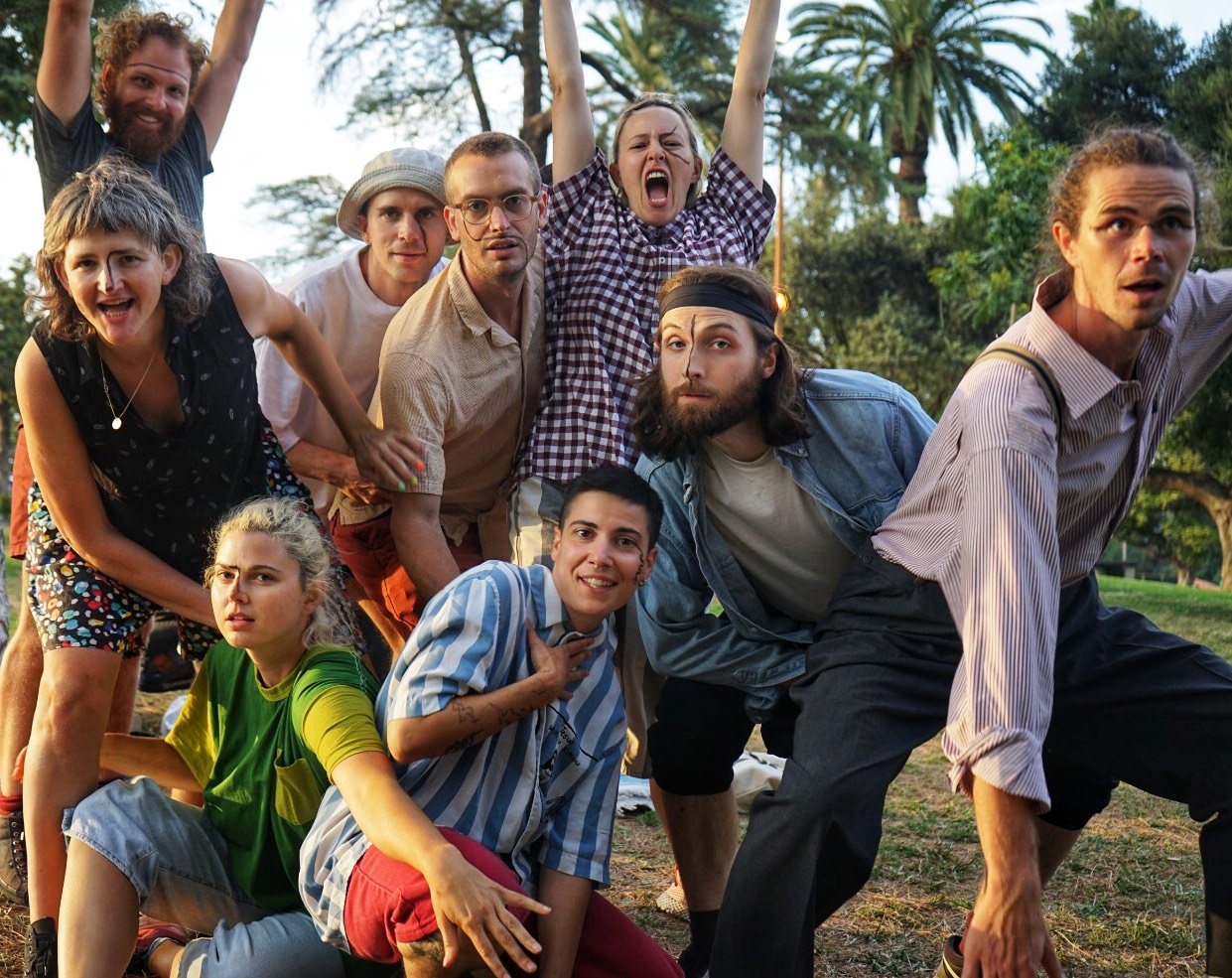 Shoutout is all about shouting out others who you feel deserve additional recognition and exposure. Who would you like to shoutout?
I dedicate this shout out to the Highland Park Clowns. The cast has been diligently working throughout the quarantine, focused on the beauty of process over the validation of product. When we witness art that values the whole over the sum of its parts, it resonates with a deep truth that lives in all of us. The greatest laughs of our lives won’t be with strangers. They will be with the ones we love.