We had the good fortune of connecting with Robbie McLean and we’ve shared our conversation below.

Hi Robbie, how do you think about risk?
I think about risk as a necessity in the industry of story telling and especially as an actor, without risk you will never make the big moves needed to succeed. Risk has always played a vital role in my life and success. I made the difficult decision to drop out of University in South Africa and decided if I wanted to be an Actor I should go out there and make it happen for myself and wait for it to potentially happen. This was a hard decision and it was scary to walk away from a degree and pathway to a nine to five job. So I took the path less travelled. I worked hard everyday to get an Agent with no reputation in the industry and started to build my brand. This ultimately led to me auditioning for Stephen King’s The Dark Tower. This was my first feature film as an Actor and I left South Africa for New York to start shooting with Matthew McConaughey and Idris Elba. After shooting wrapped I came to LA and was accepted into UCLA ex Film Schools Entertainment Studies Program and I finally got to get the education I was looking for as an Actor and Producer. Looking back now after being in LA for almost 5 years creating characters and telling stories I am so thankful I listened to my inner voice and took the risk that ultimately changed my life and put me in the greatest city where I can keep creating stories for all of us to experience and I’m very grateful for that privilege. So in the end even in times that seem to be the worts or hardest moments in your life you never know where that moment will lead you in the future. Believe in yourself, work hard and take your risks to reach your goal because you are worth it. 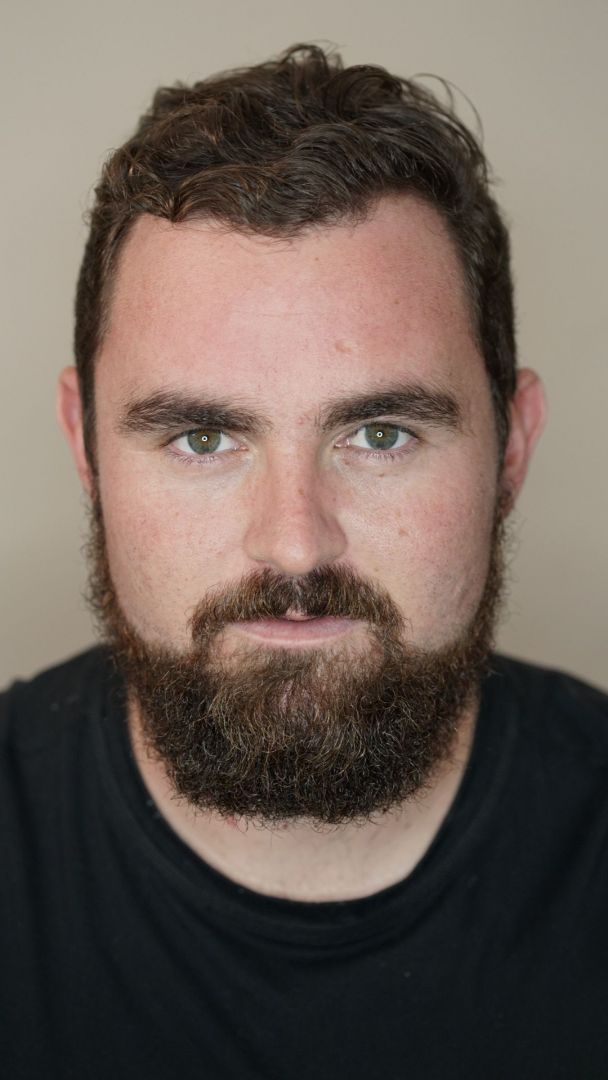 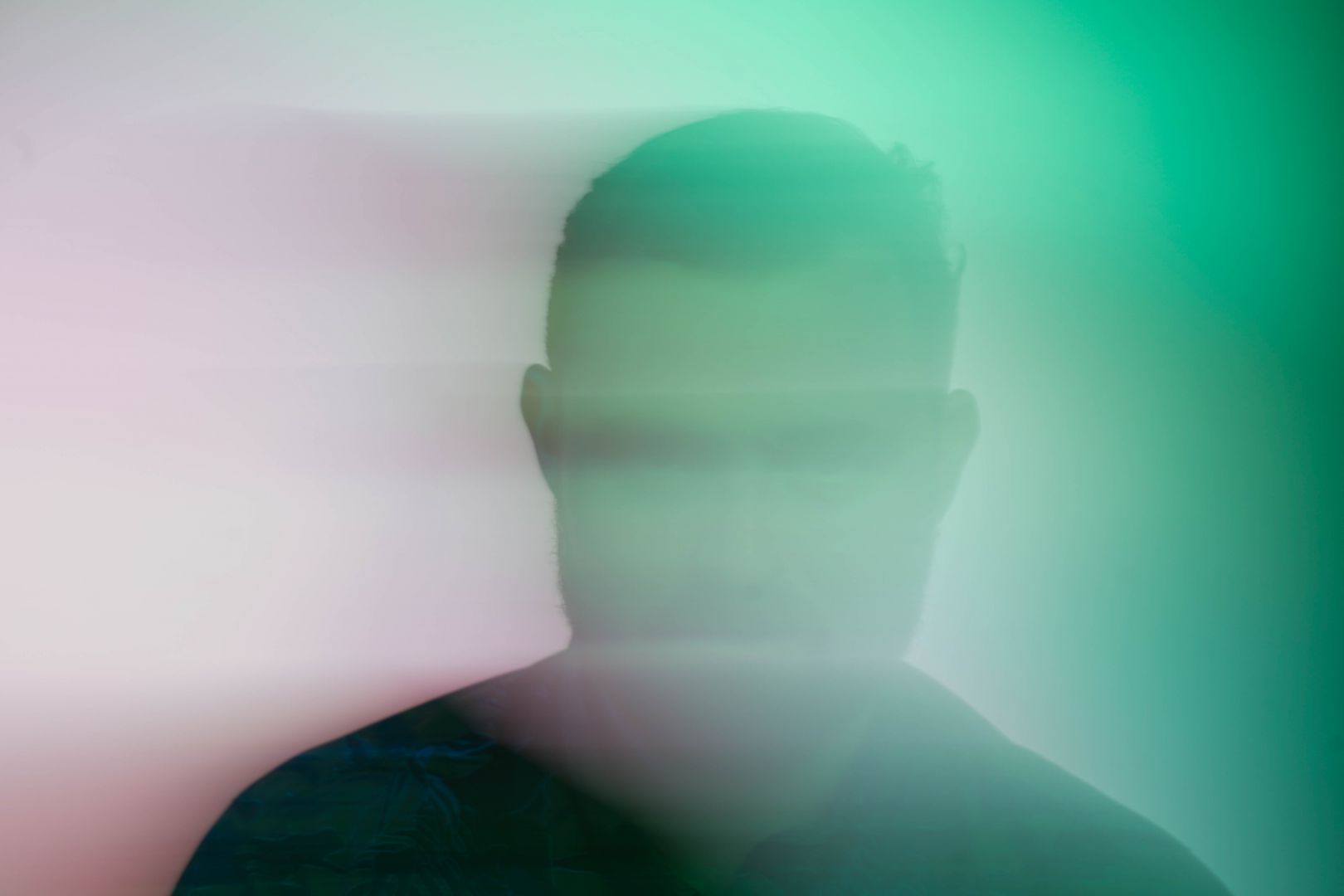 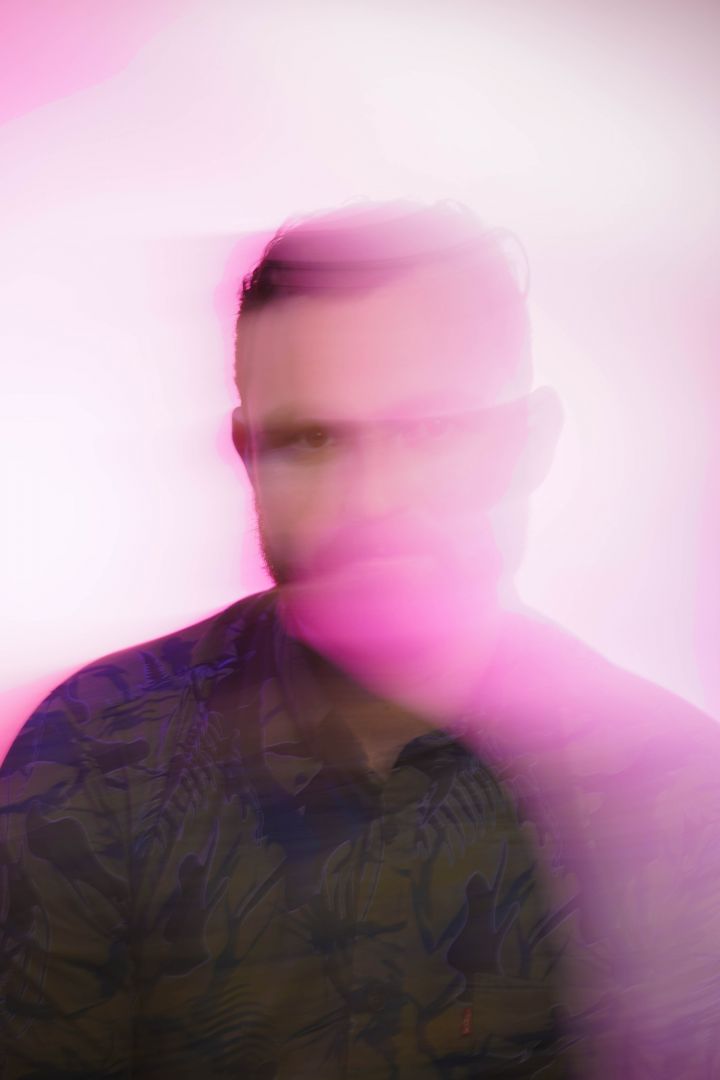 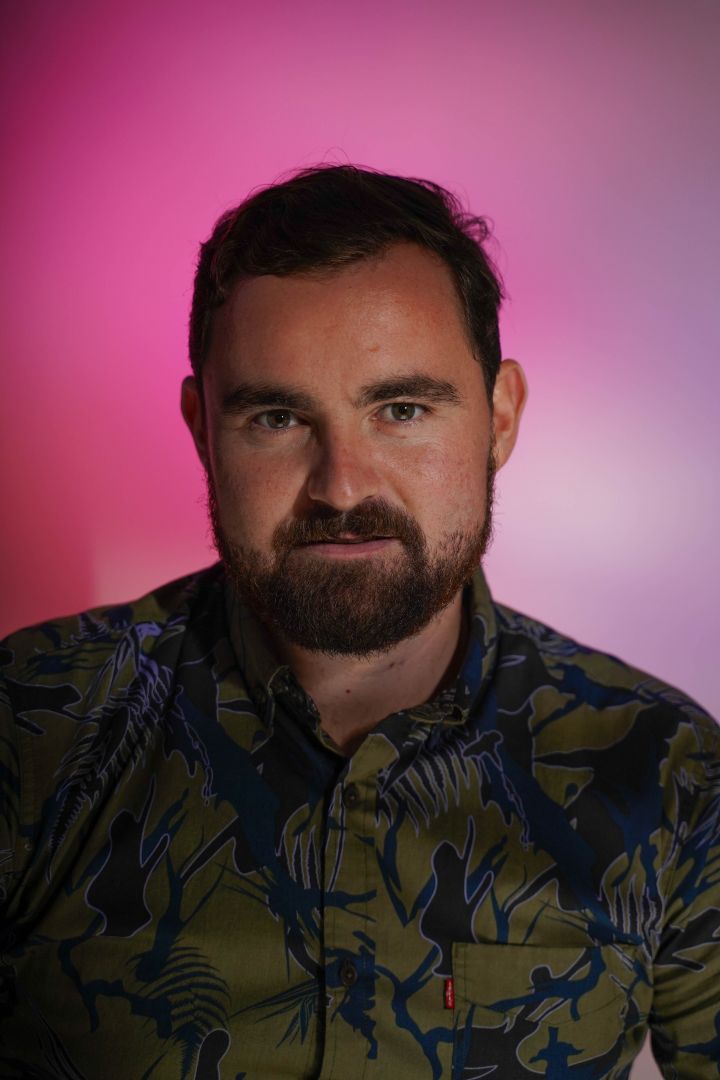 My Name is Robbie McLean and I am an Actor and a Producer from South Africa. In the span of the last 5 years I have quit University, Starred in the film The Dark Tower with Matthew McConaughey and Idris Elba. Attended and graduated from UCLA ex Entertainment studies Program and Produced and acted as John in a new South African horror series Called Dead Places.

It has been quite challenging to get to where I am today.

Ever since I was a little boy I have always known I wanted to be an actor not for fame or for the money but for the opportunity to create and tell stories. I have been very focused on my creative side, always finding ways to make something whether it was with friends and a camera or our flip phones. We always found a way to make something and have some fun doing it.

This was when I started to watch and become inspired by directors such as Richard Linklater and Stanley Kubrick. I immersed myself into film and TV watching everything I could get my hands on.

After High School I moved to London for a year and was fortunate enough to work on Avengers Age of Ultron. I was just Background but for me this was a sign it made the dream become a reality. This set in motion a chain of events that I had no idea would change my life just a year later.

I am very excited for my new TV show Dead Places to be out in the USA finally! Dead Places is streaming now on AMC+, SundanceNow and ALLBLKTV with new Episodes coming out every Thursday. The show was made by Motion Story and Canal Plus France back in South Africa. The show is about a London based ghost writer who returns home to South Africa to try to save his career and find out what happened to this sister who mysteriously vanished when they were kids. All while helping others with their ghosts and paranormal situations along the way.

The show has been out on Netflix in South Africa and South America since April and was the number 1 tv show on Netflix Brazil in April 2021. Dead Places was made with a crew of sixteen people and filmed in over 50 locations throughout South Africa. This was the first time I got to do more than just act in a project taking on a producer role as well as an Actor in the show. I was a part of all production assets of this show from Casting, props, Location scouting, grip and electric as well as some drone operating.
From London I moved back home to study Drama and music at Rhodes University but I was disappointed in the programs being offered too much theatre and no film at all for aspiring actors. This frustration became too much especially after being on set with Scarlett Johansson because I was at the right place at the right time in London a few months earlier. This led me to risk it all and quite 6 months into my first year. This was when I felt the most lost. How was I going to get back on set? I sent weekly emails to agents around South Africas until I got a response from the biggest agency in South Africa, MALSA. Moonyeen Lee was the agent to be within the country. She emailed me back after my 20th email to her Agency. She was willing to meet me and in those precious few minutes I spent telling her about what I wanted to do and achieve. She saw the passion in me and gave me a chance by signing me as a client but I was still on probation.

This led me to finally auditioning for my first film, Stephen King’s The Dark Tower. The Audition was a challenge because they had originally wanted a slightly heavier set 50 year old for the role of Toby. However Moonyeen persuaded casting to submit my Audition tape saying the stunts required for Toby would be better with someone younger. I was only 20 years old at the time. After putting on weight for this potential role and countless Callbacks the Director of The Dark Tower Nikolaj Arcel chose me in the final round and in that moment my life changed forever. I flew to New York to Film The Dark Tower and perform chase scenes and stunts in the heart of the city. After we wrapped I went home and lost 50 pounds in four months with diet and Crossfit and I moved back to LA to go to UCLA ex. While getting my Student visa in South Africa to finish and graduate from school I joined Motion Story and created Dead Places.

I think that it’s important for an artist to be multi-faceted. It’s not enough to just be an actor making other people’s stories. I am a storyteller first and want to see my story come to life and create the roles I want to play for the world to see. I have some exciting projects already in the works for the next three years where I will be supporting and Lead roles in. These titles include Virus 2022 with Cinematographer Matthew Wyman and LABaby in 2024 directed by Jenny Gage.

I am inspired by filmmakers like Bill Hader and his show Barry. He is the Creator, Director, Producer and lead actor of the HBO series and it is a brilliant example of what being a storyteller truly is.

My advice would be that failure is always going to happen but in failure there are important life lessons you gain so don’t be afraid to fail and don’t use it as an excuse not to take risks. If people think you are crazy for trying something, do it! To be a leader is to blaze a new trail and not follow the rest of the pack.

My ultimate goal is to tell stories that are more than just fluffy media. I am excited to create and portray stories that will provoke thought and conversation and hopefully give the audience members a different perspective of society and the world we live in.

There are so many hidden gems in this city which are huge but there are some must do when visiting LA. First up we would head to Venice Beach classic and a tourist paradise. then bike ride to the Santa Monica Pier and have dinner at the Misfit in DownTown Santa Monica. Go to the Getty Museum
The Hollywood sign hike
Sunsets on the beach.
Go out to The Basement on Main Street and then make our way to the Bungalow.
Make our way to a little hidden gem, a dive bar called Trip on Lincoln Blvd for love music pool and some great craft beer.
Go see UCLA
Go to a USC vs UCLA Tailgate and game day that’s always a great experience for anyone who didn’t go to an American College.
Go explore the Grove
Go to the Comedy Store for stand up comedy
Trip to Malibu to Neptune’s Net
take a trip up to the outdoor mall in the Pacific Palisades.

Lots on the West side of town but that’s been my home for the past five years! 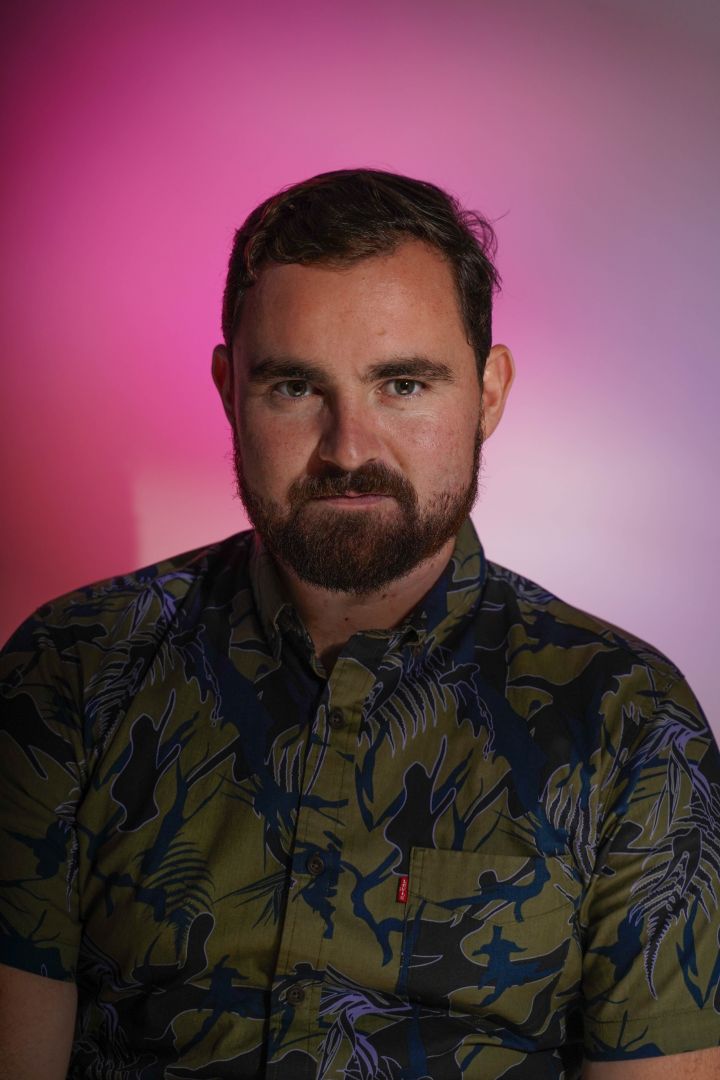 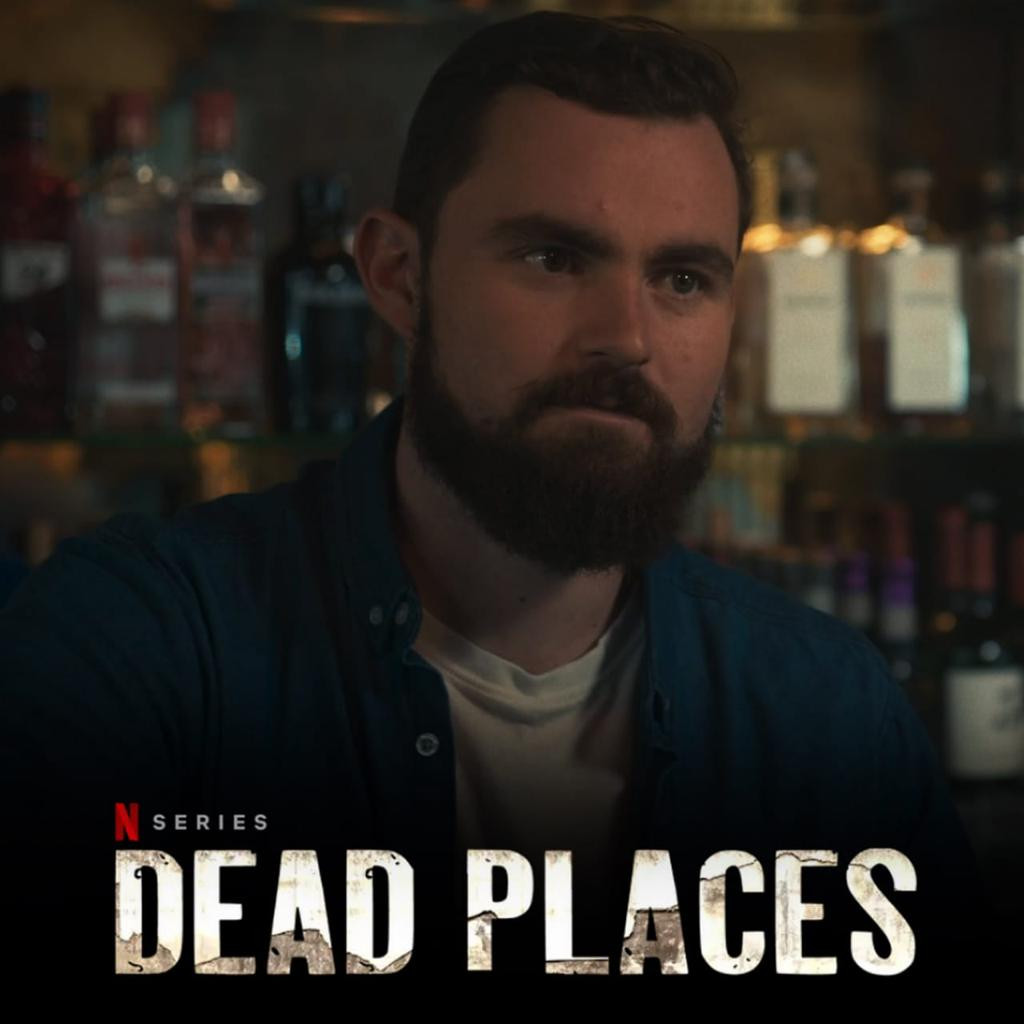 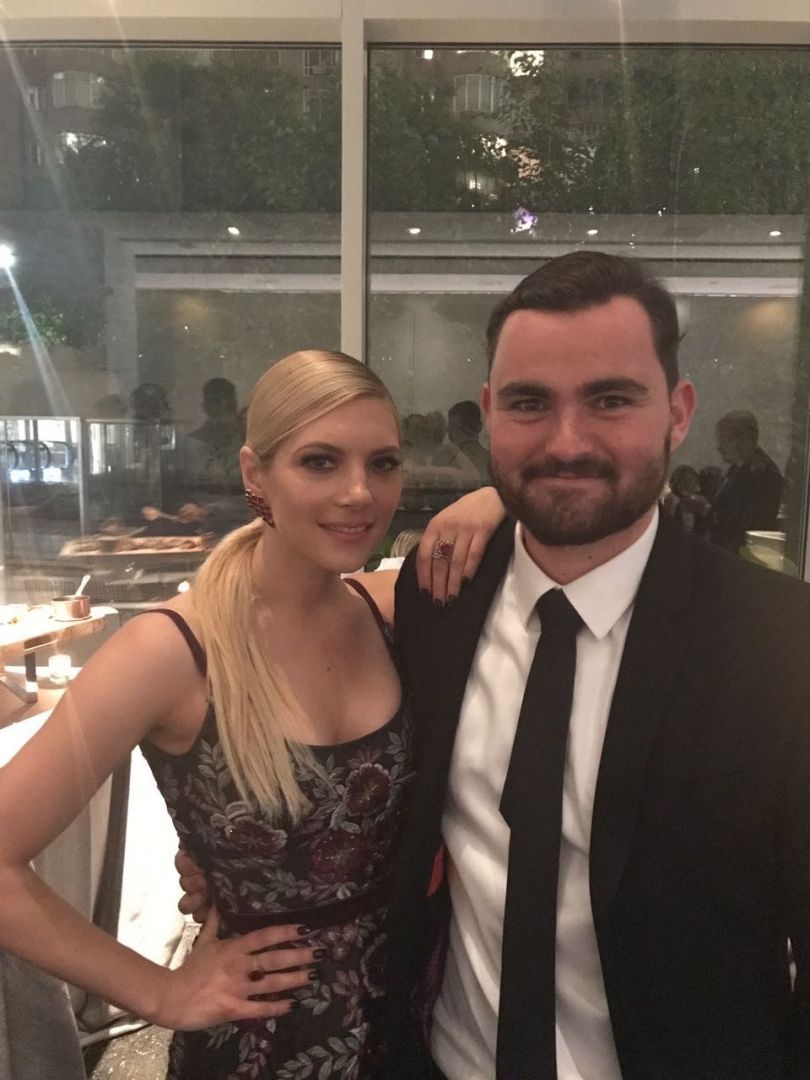 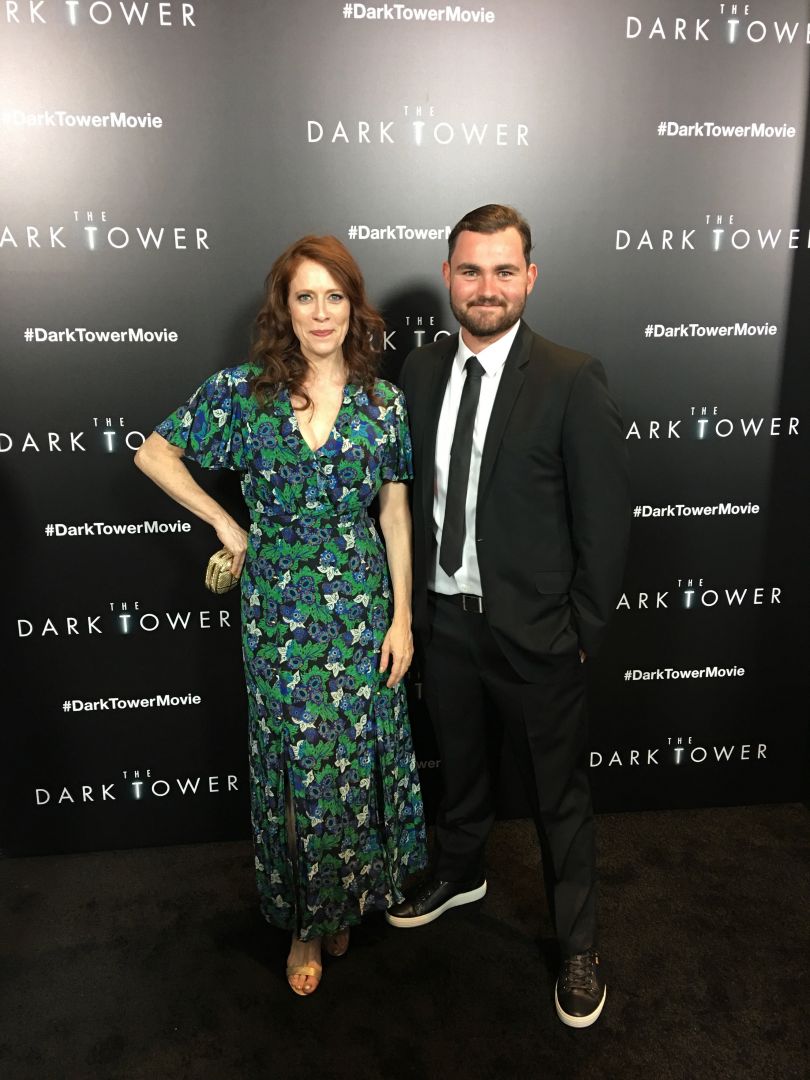 I would like to dedicate this Shout out to

My Dad Bruce Fields
For always believing in me and supporting me.

My Mom Callie Fields
For being my mentor and dramatic arts teacher.

To my Sister Emm Fields
For always being my biggest fan even when I felt like the smallest person in the room.

The late
Moonyeen Lee – MLASA
My Agent, Confidant and for being the person who saw my passion and drive to succeed. you were a legend. Rest In Peace.