We had the good fortune of connecting with Robert X. Golphin and we’ve shared our conversation below.

Hi Robert X., why did you decide to pursue a creative path?
I come from a family of teachers and artists. My mom is one of the best creative and non-fiction writers I know. One of my aunts was a New York based thespian who had many a Broadway callbacks. All of my immediate family have harmonious voices. And I have countless other relatives who sing, act, model, paint, draw, direct, shoot film and video, and produce.

That said, my mom made sure to introduce me to the creative arts at a very young age. I was trained in on camera performance, runway and print modeling, and appeared in multiple commercials. She simply wanted me to get my feet wet in a variety of arenas. She wanted me to be surrounded by possibility.

And so, it would be several years later after dabbling with the prospect of becoming a doctor and then attorney, that I found myself, at age 12, completely smitten with all things film. A chance advertisement in a publication literally changed my life. It was for a year round and summer communications school for children and teens. I got to operate, not play with, tons of expensive TV and film equipment and learn the craft.

Long story short: I am passionate about the arts and happiest when on set, stage, and even when left alone to conjure the next great screenplay. 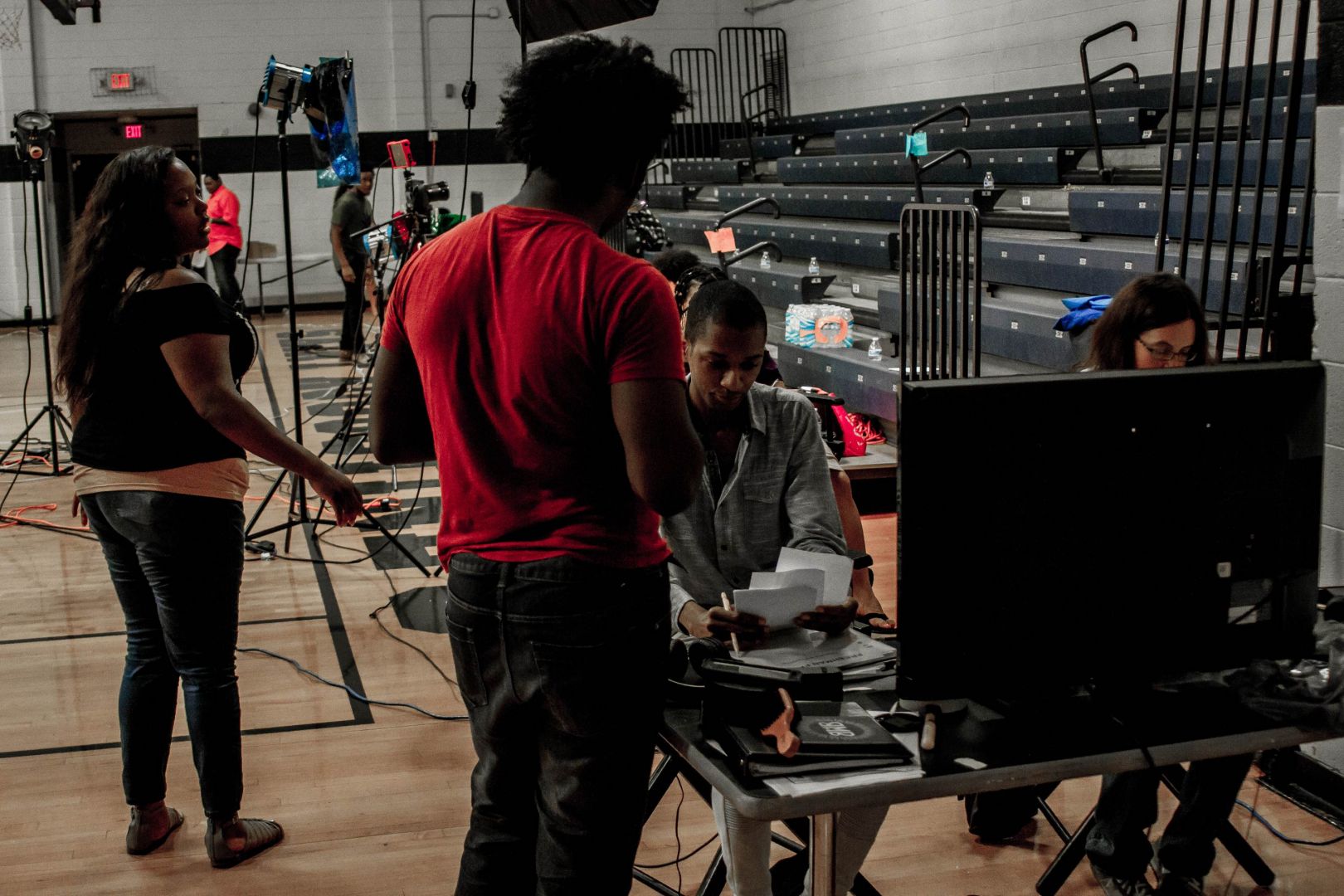 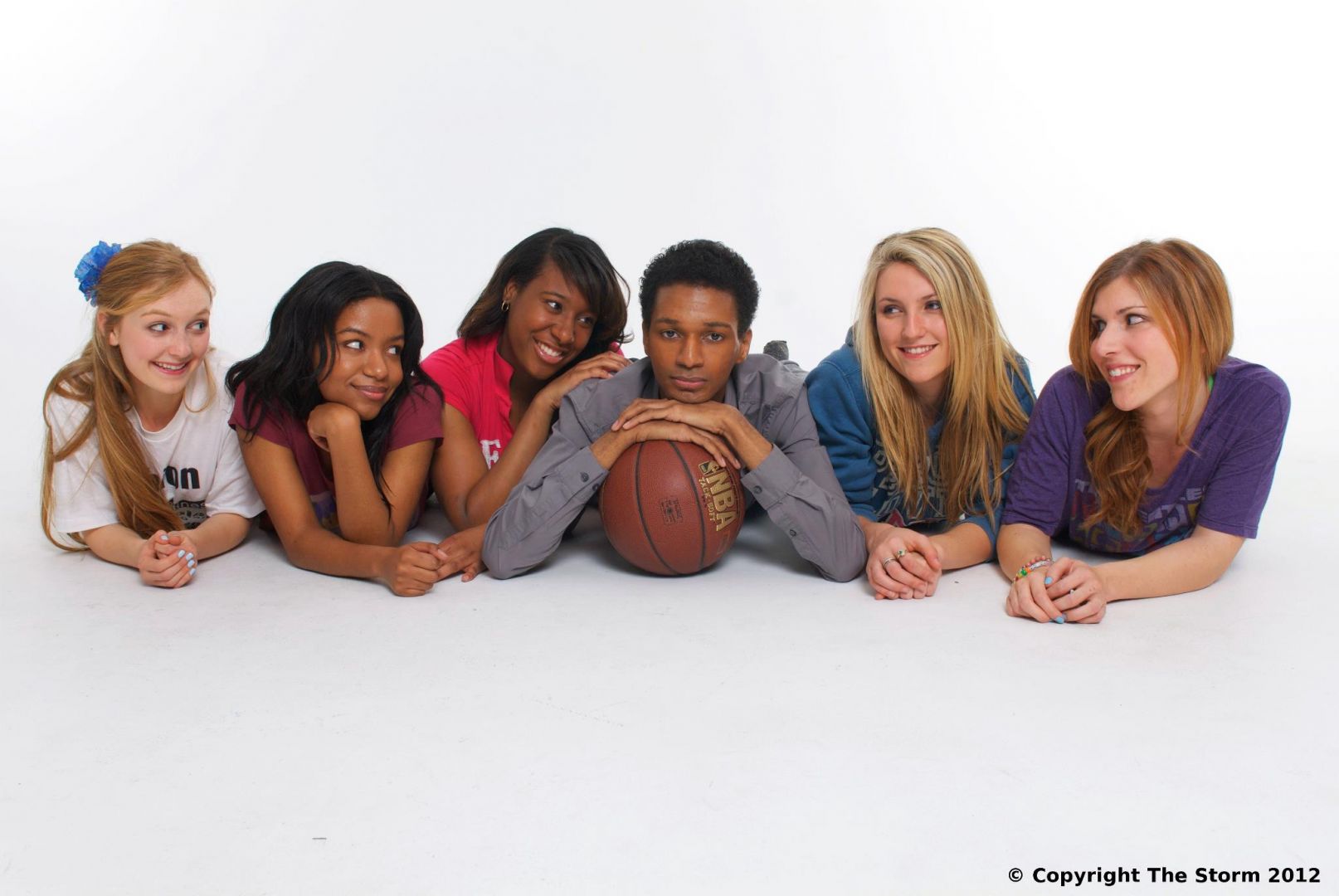 Alright, so let’s move onto what keeps you busy professionally?
I don’t subscribe to waiting for opportunity to knock on my door. I have faith it will happen, and I better be ready when it does. I was blessed to land the role of Dunbar Reed in Denzel and Oprah’s Golden Globe nominated picture, “The Great Debaters.” I was blessed to book roles on an episode of two HBO dramas.

However, I always aim to create opportunities for myself, and also others. People want to eat the savory dessert, but not bake it. So, bake it! Bake several. And then let those folks lick the beaters. Sometimes you have to show the world your capabilities instead of telling them about it. You can’t expect others to see or believe in your dreams. If you dream as big as you can and work towards your goals, eventually you’ll have fellow chefs in the kitchen, and oh, the smorgasbord you could create.

I started making movies at age 12 with neighbors around the way. I focused on the craft two years later and subsequently made multi award-winning shorts that centered on teenaged AIDS prevention and discouraging cigarette smoking. I went on to tackle a wide range of subject matter including mental illness, drug addiction, male rape victimization, spousal and family abuse, celebrity culture, LGBT relationships, body image, and most recently, the pandemic and social unrest.

I enjoy working with people from all walks of life, but especially artistically hungry younger people. It is incredibly soul pleasing to mentor up and coming actors and filmmakers and also teach at multiple film camps each summer. If it weren’t for people doing that for me in my youth, I wouldn’t be the artist I am today. So it is vital to give back. I also enjoy inserting people of all ages and backgrounds who aren’t as familiar with the industry right into the thick of it, and watching them get bitten by the bug.

As a filmmaker, this next part isn’t so unique: the fact that I came close, more than once, to getting a feature length directorial debut off the ground. You know the story; financing falls through at the last minute. Meeting after meeting results in nothing. It should have happened years ago. But if things are meant to happen when they’re meant to happen, I’m elated that after years of producing short films, documentaries, digital series, theatre, and pilots, October 2020 saw the streaming release of my directing feat, “Freshman Friday”, a comedy set on an HBCU campus.

I’m beyond proud of every accomplishment. And I don’t distinguish between Hollywood projects I’ve worked on, short films, or someone’s student flick. I put in the same level of passion, energy, and respect. I always encourage fellow artists to do the same. Don’t look at that DSLR film as less important than the big budget RED shoot. We are all putting things into the universe that will hopefully be eternal.

Many folks dream of being able to say they’ve made it in this crazy business. I’m still on my path. However, I don’t even know what “making it” actually means. I view my every success, mainstream or indie, as “moments”. Because if you get everything you’ve always wanted, you’re either going to discover that you want more, or find that you’re bored and need something else to do with your time. So I acknowledge my successes, and pursue more moments. There are craftmasters I want to share the screen and/or collaborate with. There are scripts and books I want to write, stories I want to tell, characters I want to create. I have much to do and share.

It’s not easy going after artistic dreams. There are days you want to give up. There are days you question your talent and sanity. And you have to find at least one trustworthy individual that you can share your feelings with, free of judgment. Hopefully someone who can be your shoulder and also give you a good kick in the behind if you need it. Also write down your emotions in a journal, turn it into art — even if no one else sees it. 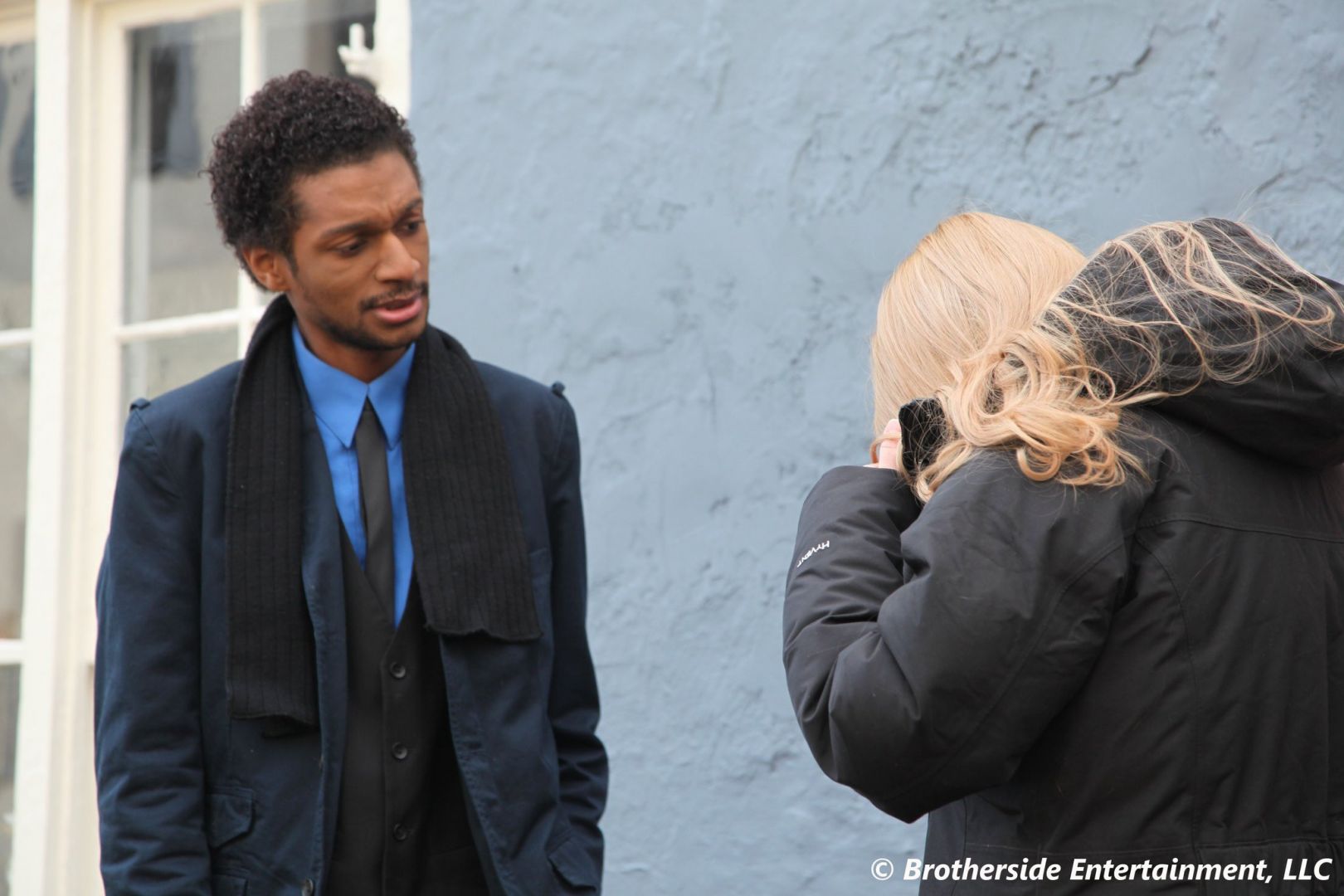 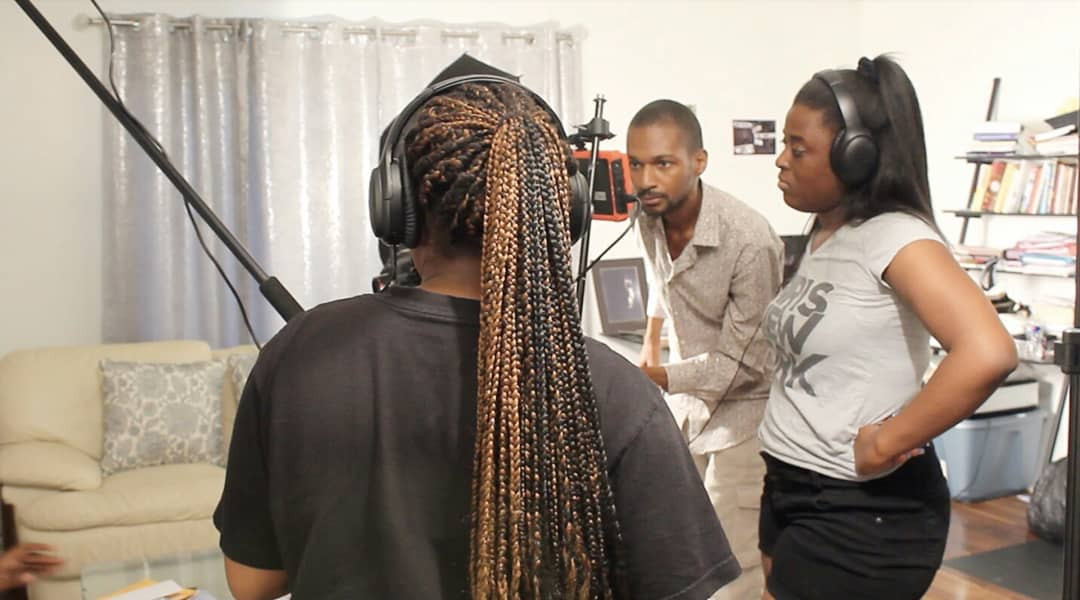 Any places to eat or things to do that you can share with our readers? If they have a friend visiting town, what are some spots they could take them to?
If you head to LA, you gotta go to: Roscoe’s Chicken ‘N Waffles, Randy’s Donuts, Sprinkles Cupcakes, The Grove, 3rd Street Promenade, and the Santa Monica Pier.

If you head to my birthplace, the City of Brotherly Love & Sisterly Affection, drop by: South Street, Chinatown, Philadelphia Museum of Art, Kelly Drive and Boathouse Row, Fashion District, Rittenhouse Square, African American Museum, Reading Terminal, Love Park, the River Rink, and the many wonderful theatres throughout the city. 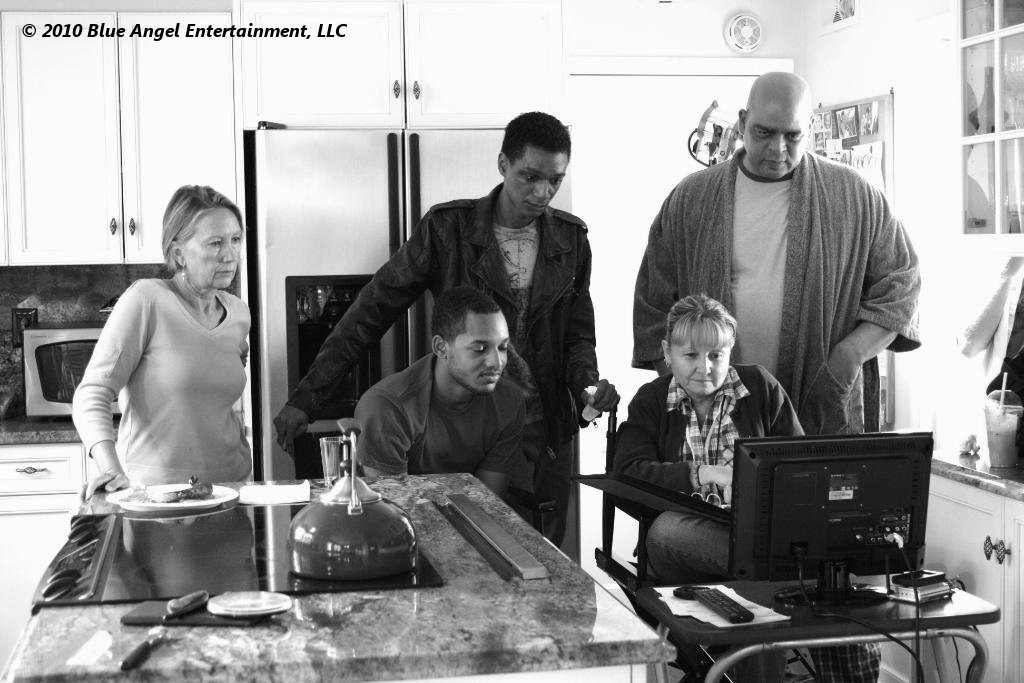 Who else deserves some credit and recognition?
I must shout out my fellow alums at Cinekyd. It is always exciting when I come across another who is a product of this school for young people that was based in Willow Grove, Pennsylvania. It has since closed and its founder, Robert J. Clark, Jr. is no longer with us. But for at least thirty years, he and his organization helped cultivate and launch the career paths for many young men and women from all walks of life.

There are many people and entities who have helped, and/or continue to help me continue to progress. Many of them I acknowledge in my newly released book, “Cold Night In A Warm Season”.

And there are many other nameless, and sometimes faceless individuals who have also played a hand in my development. 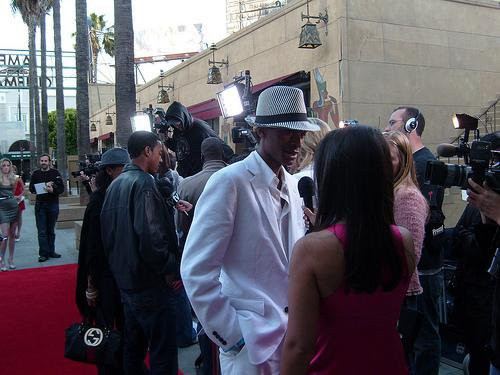 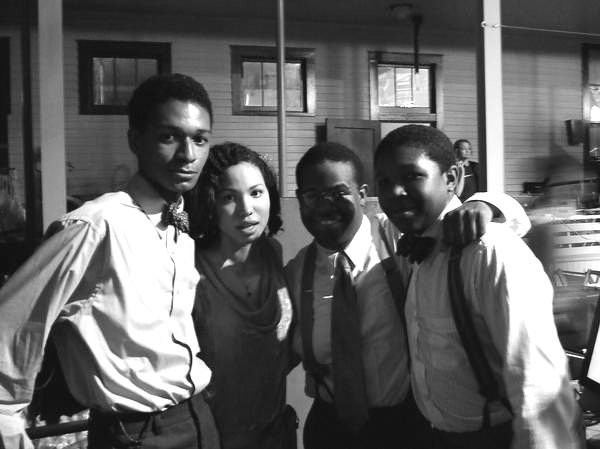