We had the good fortune of connecting with Robin Humbert and we’ve shared our conversation below.

Hi Robin, how has your background shaped the person you are today?
I am originally from a suburb of Chicago. Growing up, my father was a professional photographer. He used to have his own studio, but when I was born with my sister (I’m a twin), he decided to get a more corporate job and became a commercial photographer for a toy company. This was impactful to me, because he had a super cool job, and let me know that any career is possible and attainable. He also tried teaching me about composition, lighting, and general photography tips at a young age. Although I lacked the photographic skill that my Father had, I made up for it with creativity in writing. He had always encouraged me to follow my creative side, and although he worried about me moving to Los Angeles to pursue a career in entertainment, he let me know that I had his support and blessing to do so. I don’t know that he would have been so supportive if he himself were not a creative. Let me also clarify that my Father did not provide for me financially, I had no connections to the entertainment world, and I have had to work my way up from the bottom. But, Carl Sandburg and Upton Sinclair both dubbed Chicago “the city of broad shoulders” due to the work ethic from its inhabitants- so luckily, working hard comes easy for me. 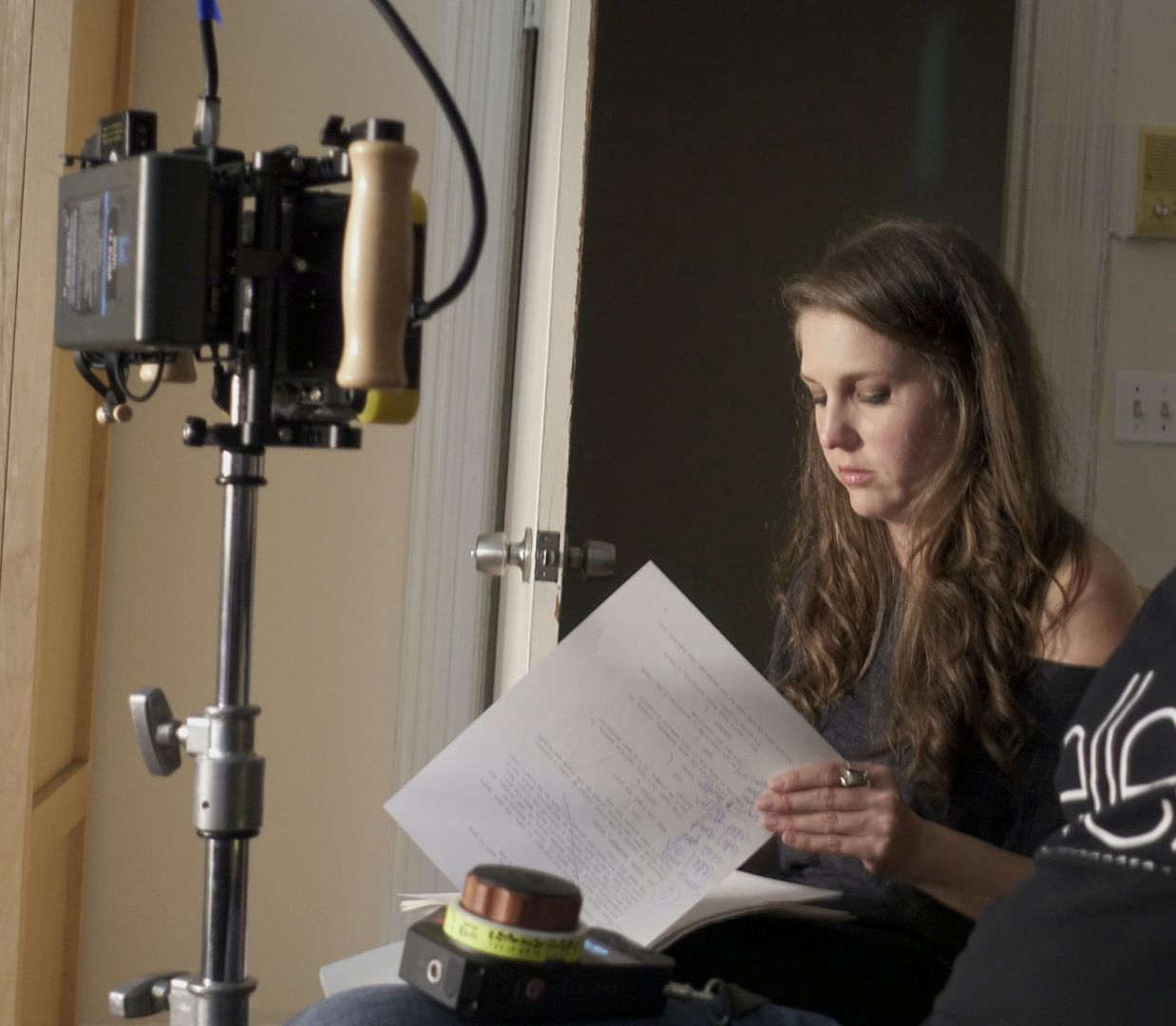 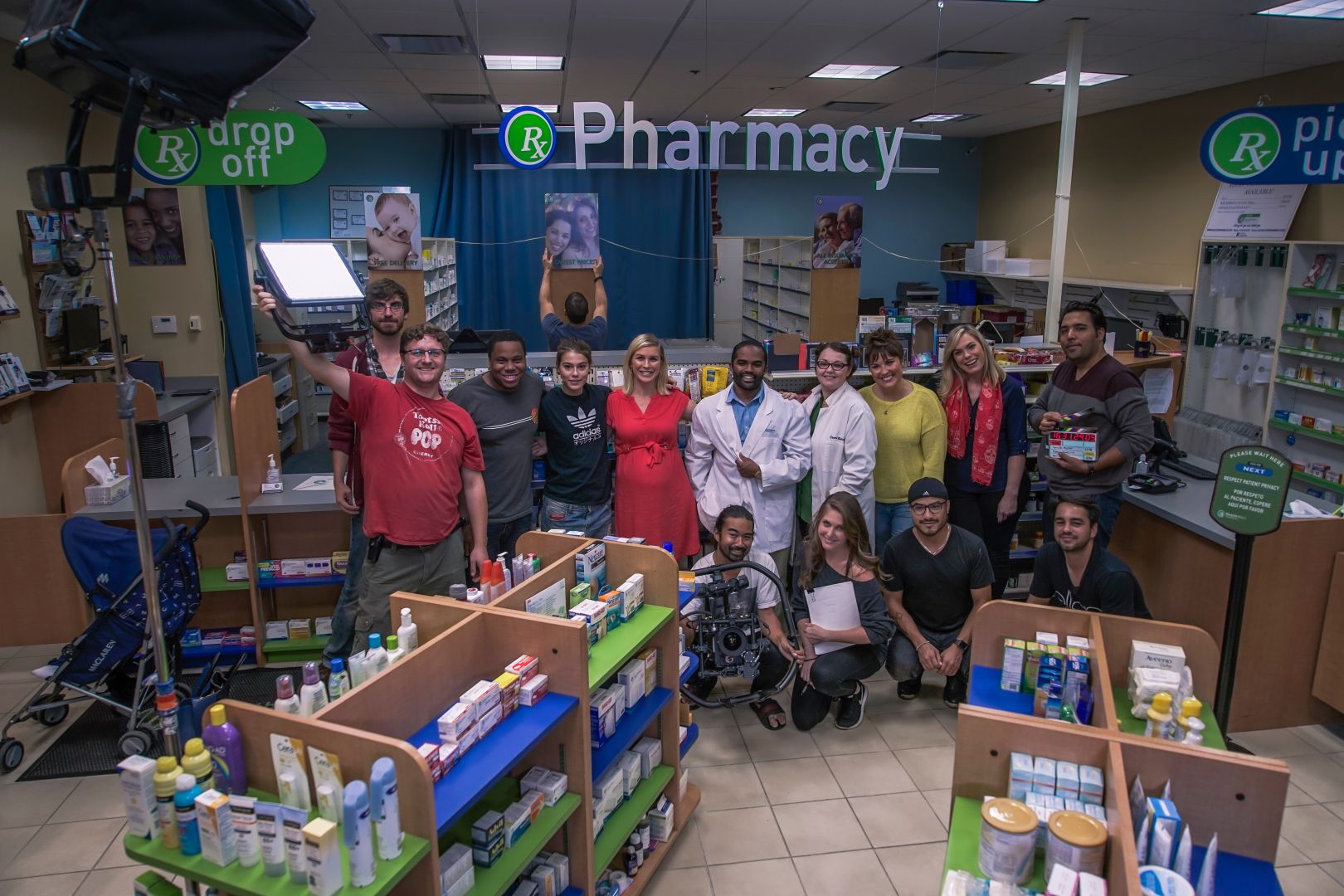 Alright, so let’s move onto what keeps you busy professionally?
I started and grew my career mostly in unscripted/non-fiction, which is a whole different beast than narrative. There are different workflows, budgets, and audiences; but, I have been fortunate enough to be able to learn both sides, and create content for both. My portfolio of work is diverse, which I appreciate because I can produce, direct, or write for almost any type of production big or small: corporate videos for a Fortune 500 company, indie SAG short films, feature documentaries, branded social content, traditional TV, etc. I can scale up or down, as opposed to being limited by a specific genre or project type (ie: I can produce content about cupcakes, but am not limited to being known as the cupcake specialist producer).

I also started in production management and logistics, before transitioning to creative producing and directing. Having that background really helps when plotting out creative because I am aware of cost, limitations, and practicality of how the creative will play out. I can think big picture, because I have worked on all sides of production: pre-production, in the field, in post/edit and even at the network or agency level. That said, I am also a stickler for releases and legal clearances, because I understand the necessity of, and appreciate having the correct paperwork buttoned up- whether it’s for a client or a passion project.

My work in non-scripted also gave me a style and work process that helps make anything that I write or direct creatively for narrative/scripted, feel authentic and relatable. Working with “real people,” as opposed to professional actors, is a skill itself- to be able to communicate and motivate people who may not know what a call sheet is, or who have never been on set or camera before. Try explaining what you do (as a producer or director) to your grandparents, and then think about how you would direct them in an actual scene. I am an empathetic and effective communicator, who works with transparency- which goes a long way with both professional cast and crew, clients, and regular, everyday people. Basically, I can work a little bit corporate, a little bit rock and roll- and everything in between.

Awards: Telly Award for writing and an Audience Award at WIF Dallas/Topaz Film Festival for Fertile Myrtle (a short film that I wrote, produced, and directed).
Honorable mention: I work at Lollapalooza, music festivals, and live events too! I love working with rock stars, in the most literal sense. 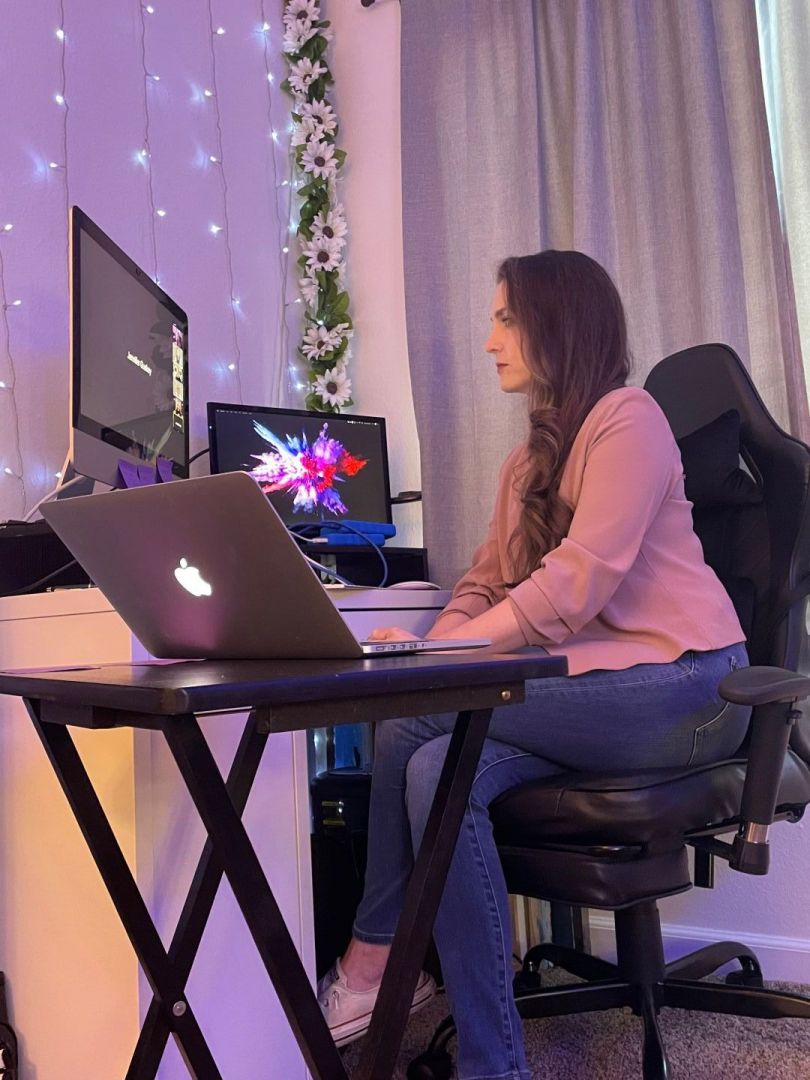 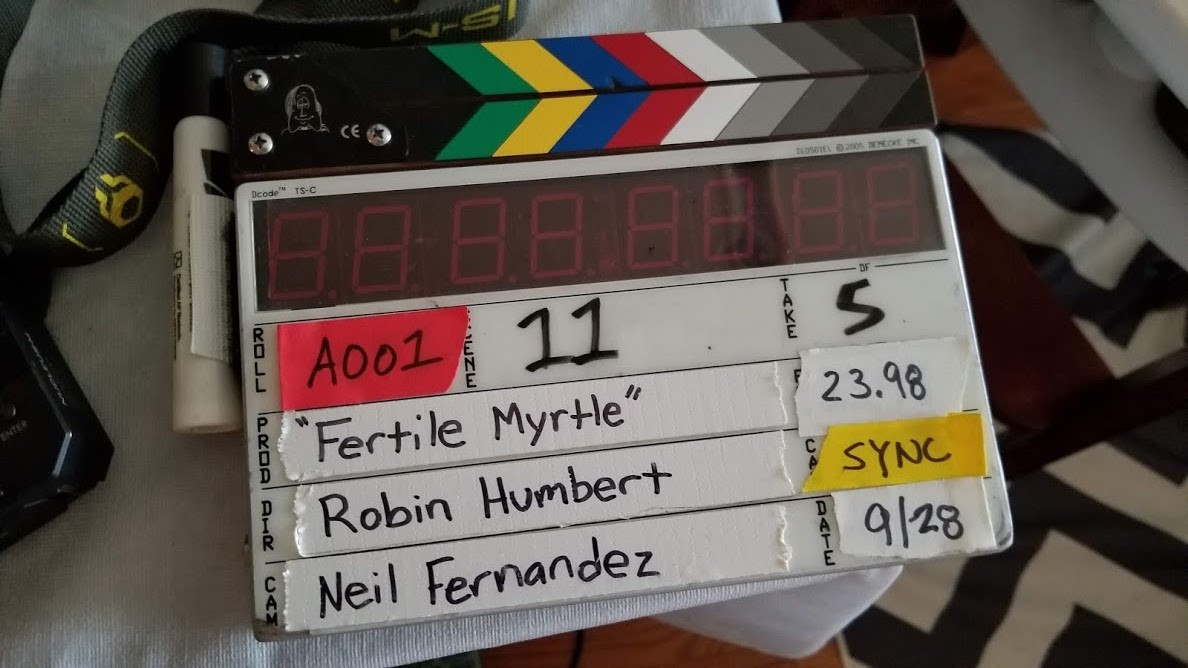 Any places to eat or things to do that you can share with our readers? If they have a friend visiting town, what are some spots they could take them to?
I have many friends come visit LA, and when they do, there’s a few spots that I usually take them: I’m from Illinois, one of the flattest states out there, so whenever I get the chance, I like to bring people hiking. One of my favorite trails is Temescal Canyon off of Sunset, because you get gorgeous views of mountains, city, and the ocean, it’s more shaded than Runyon, and because it’s closer West it’s usually physically cooler whilst heading uphill than most other popular spots.
If hiking isn’t their thing, I would make them take a pilates class at Fitmix in Glendale with me. I have made friends go, and although they were worried about the reformer machines (that look like torture devices), after one class they were hooked. Fitmix has the most upbeat and positive instructors who really watch your form and help you, instead of bark orders at you. They also usually play awesome music, and it is my happy place. I have begun driving to Glendale from the Westside after the La Brea location closed, so you know they’re good if I’m willing to fight that traffic.

I also love to show off the beaches here, and enjoy sharing Malibu with others. I will stop at the Malibu Country Mart on the way out, to get sandwiches from Malibu Kitchen & Gourmet for a picnic. Then, we’d go to Point Dume or Zuma and just lay out and take it in.

Another favorite beach spot is Manhattan Beach, to play volleyball, jog, or bike on the strand.

If my friends and I aren’t feeling as active, and wanted some rest and relaxation, we would probably head to the Sunset Tower Hotel for a spa day. Massages and lunch by the pool is always fun there. There’s a great view of the city, and it’s not a loud party scene like the other hotels along Sunset.

For food, I love Osteria Mozza and their mozzarella bar, Terra at Eataly for the hilly view and wood-fire grilled dishes, and Wally’s Wine (Santa Monica or Beverly Hills) for their wine and truffled baked brie with lavender honey- YUM. Lastly, you need to eat sushi when you’re in LA, which is really hard to choose because there’s so many great options. I have taken people to Katana or Sushi Roku for ambiance and/or for people watching (a friend was super impressed to see Metallica at Katana years ago), and I like Sushi Yuzu in Toluca Lake for just really great sushi. 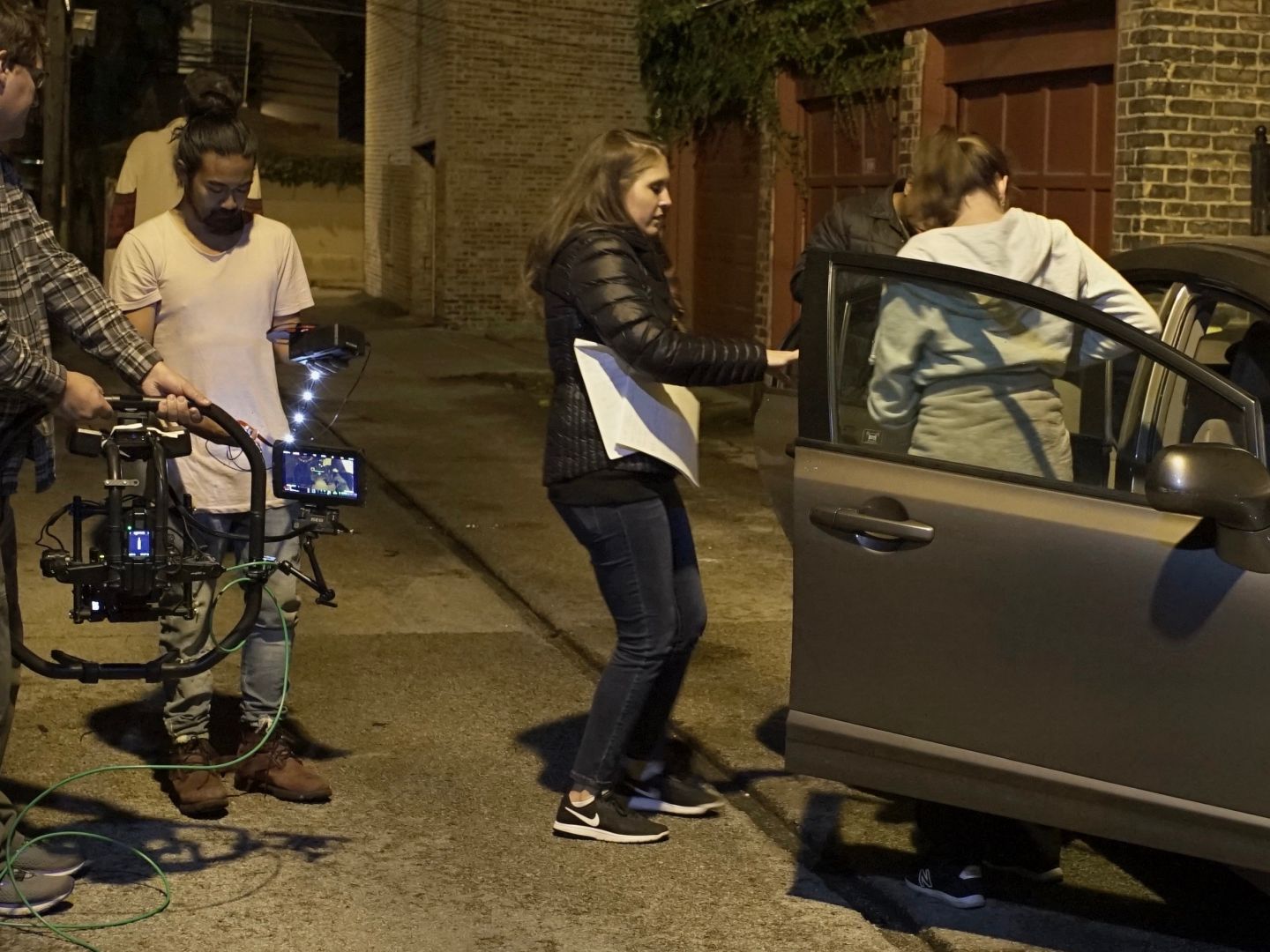 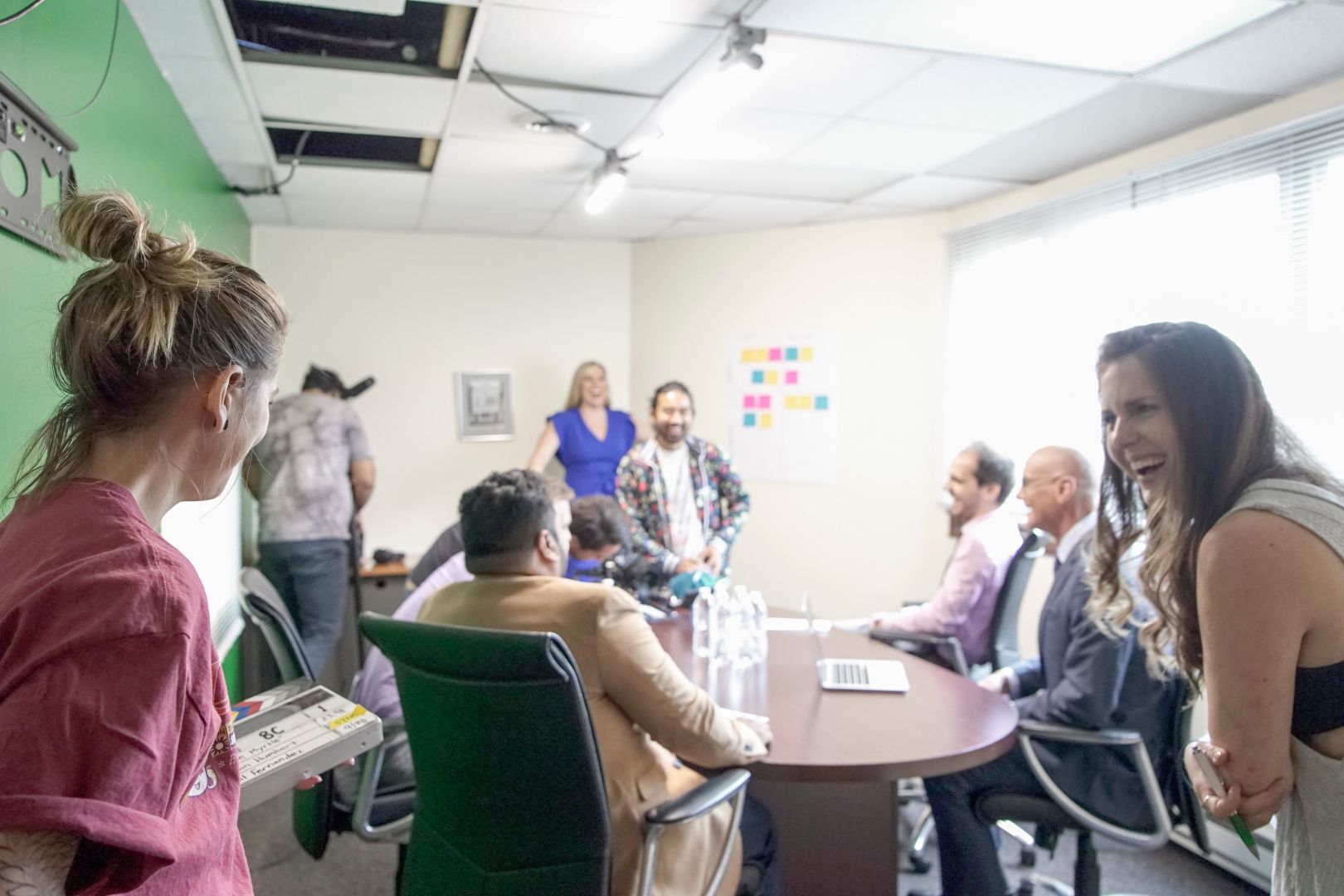 The Shoutout series is all about recognizing that our success and where we are in life is at least somewhat thanks to the efforts, support, mentorship, love and encouragement of others. So is there someone that you want to dedicate your shoutout to?
I have encountered many people that have inspired and encouraged me throughout the years, but the two people most integral to my start in this business, would be Nicolette Ferri and April Davis at WTTW (the PBS affiliate in Chicago). I was interning at WTTW during college, and was assigned to April’s team. April encouraged me, and gave me real work to do (as opposed to just coffee runs like some other internships). She had me transcribing shows like This American Life, and let me attend shoots with big names (Matthew Arkin and George Wendt). When my internship was coming to an end, she had heard that there was a need for volunteers for another show, a televised concert series, and let me know that she could help me get involved if I wanted to. Of course I wanted the opportunity, so April introduced me to Nicolette, an Executive Producer for the show. Nicolette really took me under wing, showed me the production ropes, gave me advice, and eventually helped in getting me hired after I graduated college. When I moved to LA, Nicolette gave me an advice list of things to do, and not to do on set- and really helped set me up for success. She has stayed in contact with me throughout the years as a mentor, and I am so happy that I learned producing from these two amazing women. They gave me knowledge, experience, and most importantly- a chance.

Nicolette has since passed away, and Robin would like to honor her name and legacy. 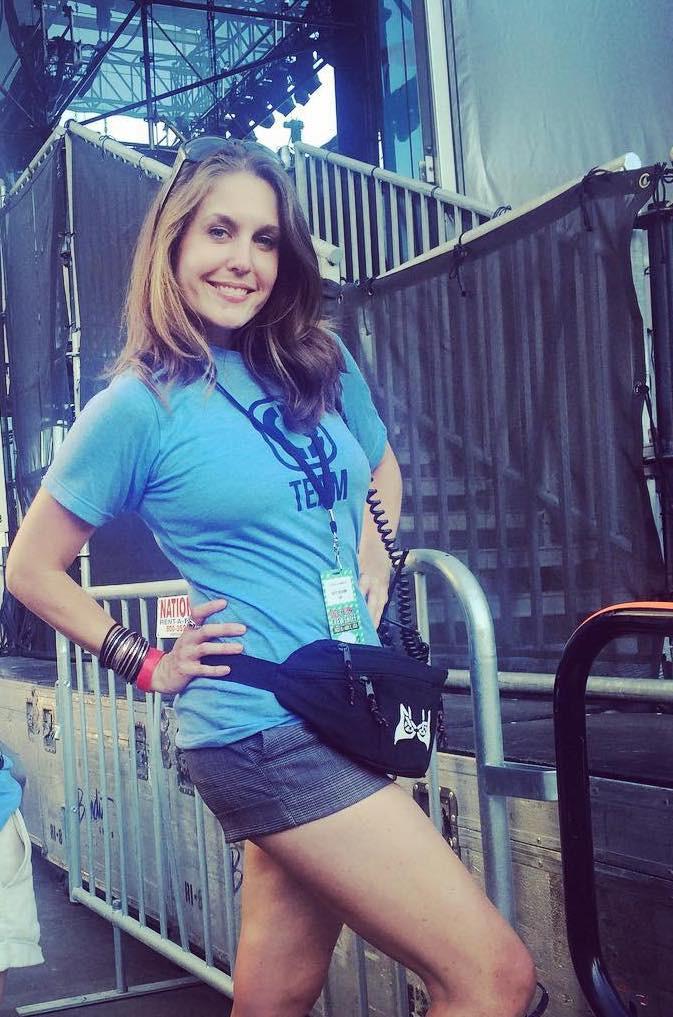 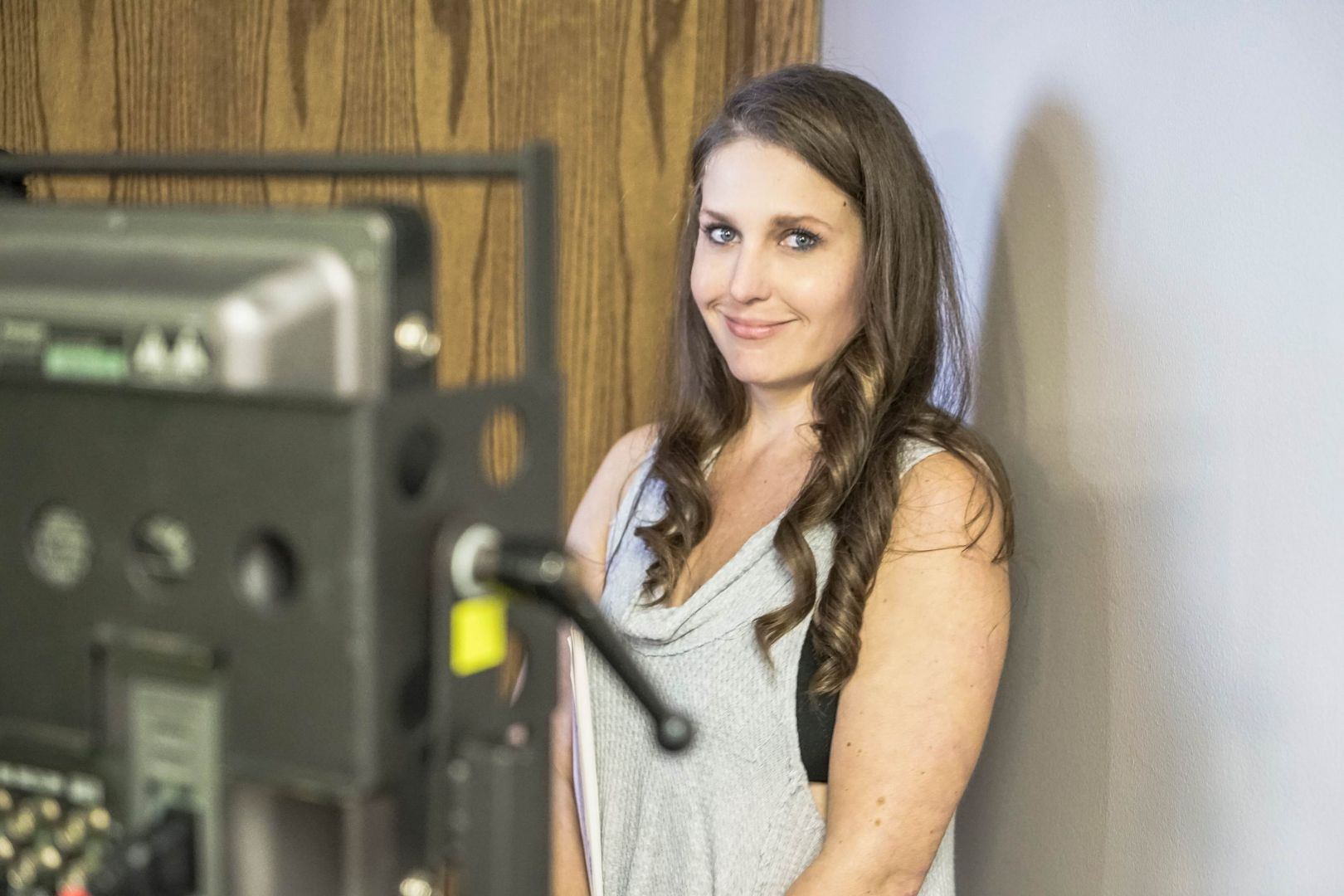