We had the good fortune of connecting with Russell Nohelty and we’ve shared our conversation below.

Hi Russell, what led you to pursuing a creative path professionally?
When I was a kid, I wanted to be a filmmaker, and nobody told me that was stupid. Then I went to school for journalism, and I wanted to be a camera operator or editor, and nobody told me that was stupid. Then, when I graduated I started my first production company and started making my own movies, and nobody told me that was stupid. Then, I got into a bad accident and realized that writing was one of the only creative jobs where you create something from nothing and you could create something all on your own, and nobody said it was stupid, so I kept doing it. I kept having setbacks, inching forwards, and then jumping back, never seeming to get ahead, but still, nobody said it was stupid. Every step of the way, people just acted like it was totally normal for me to want to be creative. My family, my wife, my friends, they never gave me pushback. It wasn’t until I asked my wife if I should give it up that she looked at me like I was stupid. And it wasn’t until I looked back at all my friends who wanted to have creative careers and ended up as lawyers, or doctors, or salespeople that I realized how rare of a gift that was, because I never thought it was weird or different to pursue a creative career. Everyone around me treated it like it was completely normal, but now I look back and see myself as one of the only people still doing creative work. Long story short, I really wanted to do something creative with my life, and nobody told me that was weird, so I just kept going with it. 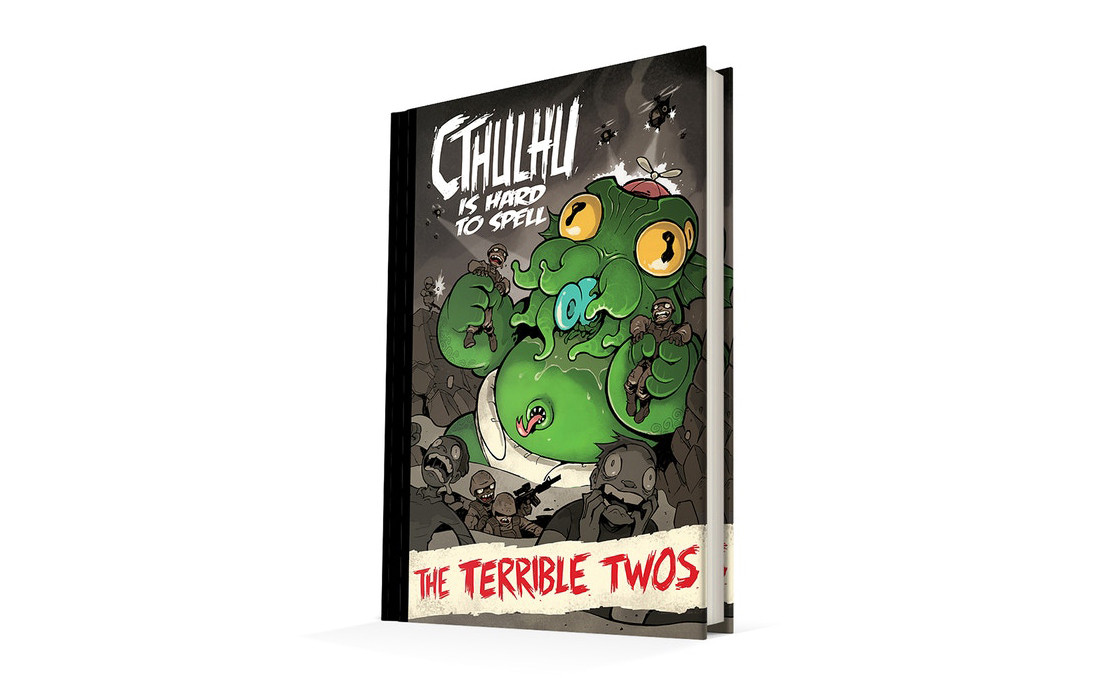 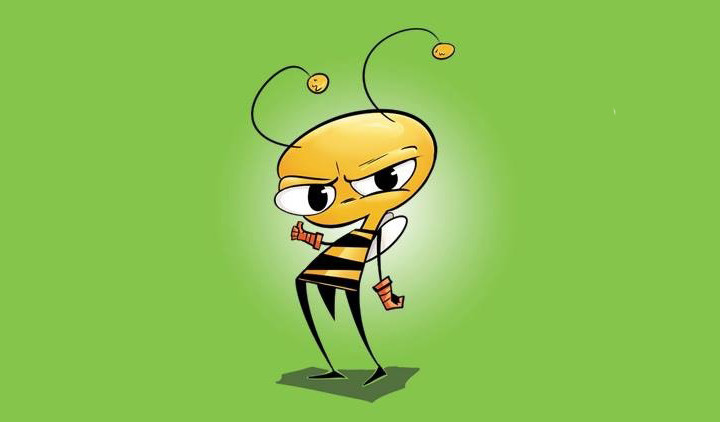 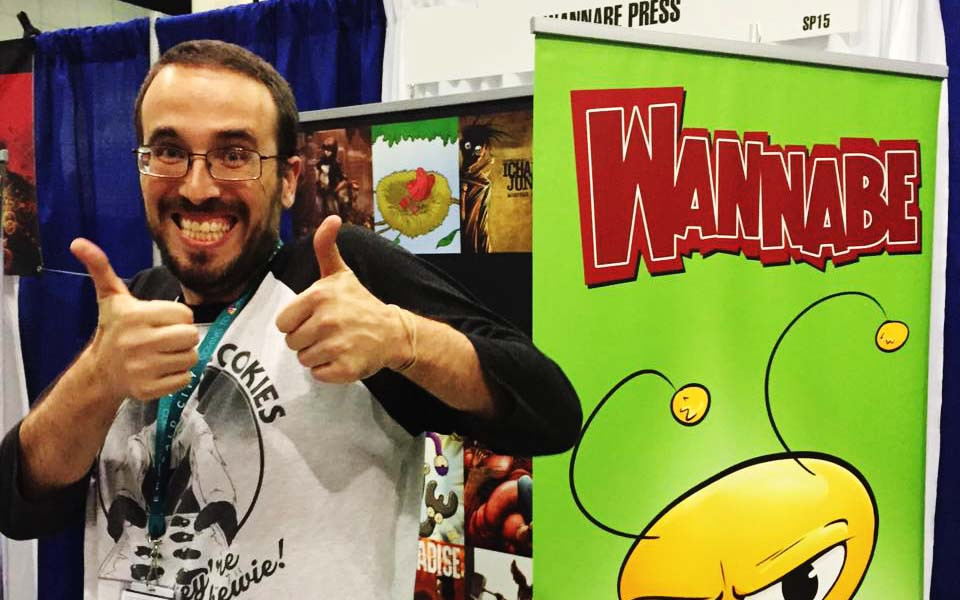 Let’s talk shop? Tell us more about your career, what can you share with our community?
It started back in 2004 when I graduated college and went to work on Capitol Hill in Washington, DC doing live shots with Senators and Congressmen for FoxNews, CNN, the Daily Show, and more. I lasted about six months before I gave up and decided to go out on my own.

I bought a ton of gear on credit cards, like $30,000 of gear on credit cards, which was reckless and awesome in equal measure, and started making movies, shorts, commercials, and more. I directed this web series called Connections which you can see find on Youtube, along with some shorts, and I became the executive producer of an internet television network in 2006.

In 2008 that all came crashing down when I had a bad car accident that left me in a neck brace for months. I lost my job, my business, and just about everything, except for my computer, and I used that computer to write, write, write. That year I got married and moved to Los Angeles to pursue a career writing movies and television.

After two years of banging my head against the wall, my manager introduced me to comics, and I fell in love. I realized that writing was more than just movies and TV, and put Ichabod Jones: Monster Hunter into production, and then Katrina Hates the Dead the following year, which became my first two big hits.

Most of comic writing is production management of artists, so while I was waiting on pages, I learned to write novels, which started my other writing career. I got some publishing deals, but eventually I pulled back my rights and went about launching my publishing company Wannabe Press.

We launched our first slate in 2015, about three months before I unceremoniously left the sales job that had been funding everything for a couple years. It was so hard in those first few years, but I just kept going, learning, and trying new things. Eventually, we broke through with our anthology Monsters and Other Scary Shit in 2017, and since then we’ve been able to fund our books through Kickstarter and then take them around to shows in order to make a profit.

That, of course, changed in 2020, so we pivoted again to releasing more projects than ever before. Most years we launch 1-2 books, but this year we launched 10, with a potential 11th before the end of the year. I’ve had to learn how to be much more productive than ever before, and be nimble, but we are still surviving. I think we overcame all the challenges by just trying harder than most other people.

Those first two years I thought we were going under every single day, but we made it through by innovating, moving from softcover to hardcover books, and gaining fans one at a time. We have always believed that you are only as good as your fanbase, and that we were small enough that no venue was too small to find a fan.

That being said, we were having success with our work, and I try to tell people that we were able to double down BECAUSE we saw success. I got a publishing deal BEFORE I put Ichabod into production, so it wasn’t wholly on faith, and then once that was through production and I retained the rights, we raised money on Kickstarter for the book and raised over $5,000 to print 1,000 copies. It wasn’t blind faith, but a process of finding what worked and moving toward that a little at a time. 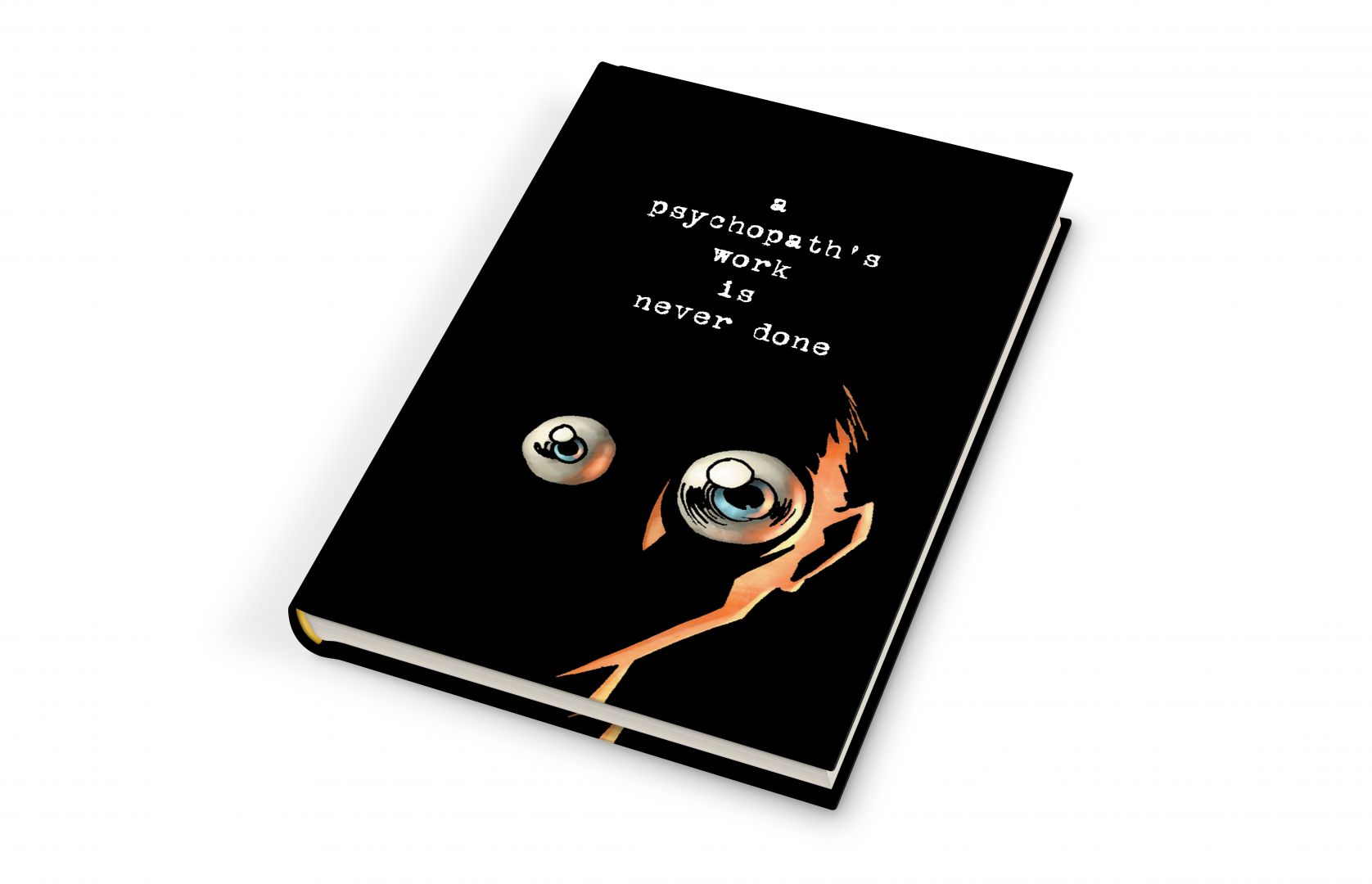 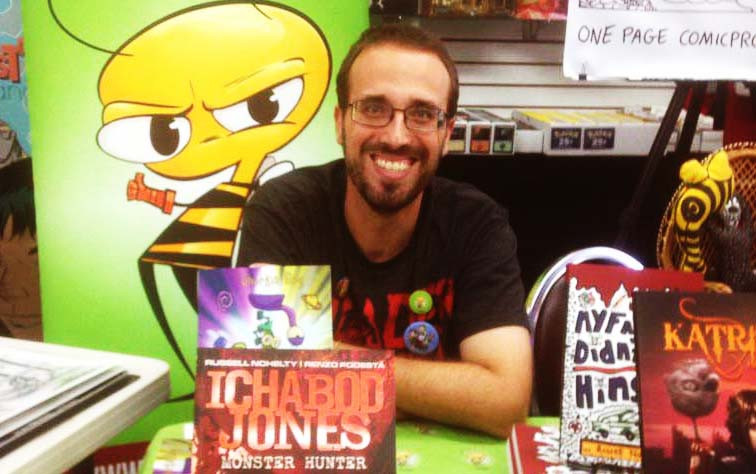 If you had a friend visiting you, what are some of the local spots you’d want to take them around to?
This is really tough right now because we can’t go anywhere, but I have always felt that Los Angeles got a bad rap. There’s all sorts of culture everywhere if you know where to look.

I would definitely take them to the Getty, even if just for the view, and the Broad. I also love the Museum of Death and the Museum of Jurassic Technology. I live close to the Museum of Latin American Art, and that is an amazing gallery.

We would go to the beach, because you have to go to the beach if you’re in Los Angeles. We would probably spend a day in Venice or Santa Monica. I used to live in Marina Del Rey so I have a special affinity for that area. I would take them to Al Noor, and to Little Ethiopia, and Bea Bea’s for breakfast, as well as Long Beach Creamery for ice cream.

Then, there are about a thousand amazing taco places by me, so I would take them on a taco tour around our neighborhood.

We would probably go to Disneyland and/or on a studio tour. The Tar Pits and the Walk of Fame, more because you just have to do them. We would go hiking up to Griffith Observatory, and go out to Malibu for the Getty Villa. Maybe if the Hive Gallery in downtown is having a show we would go there, too.

However, the great thing about Los Angeles is that there are things opening and closing all the time. There are pop up restaurants and museums like the Ice Cream Museum and the Museum of Broken Relationships, and they come and go, so I would have to check out those places out as well. I don’t think I even scratched the surface of what Los Angeles has to offer. 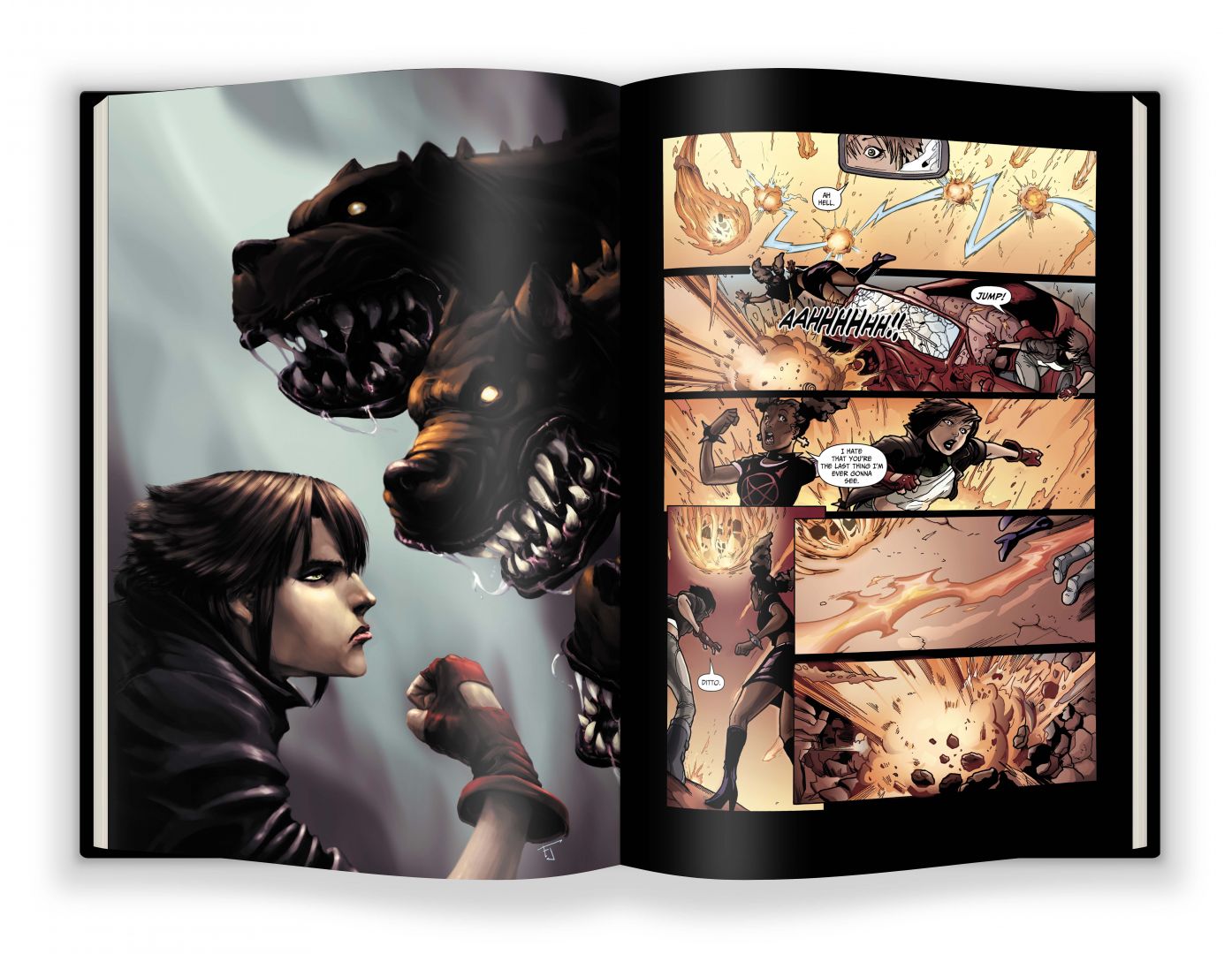 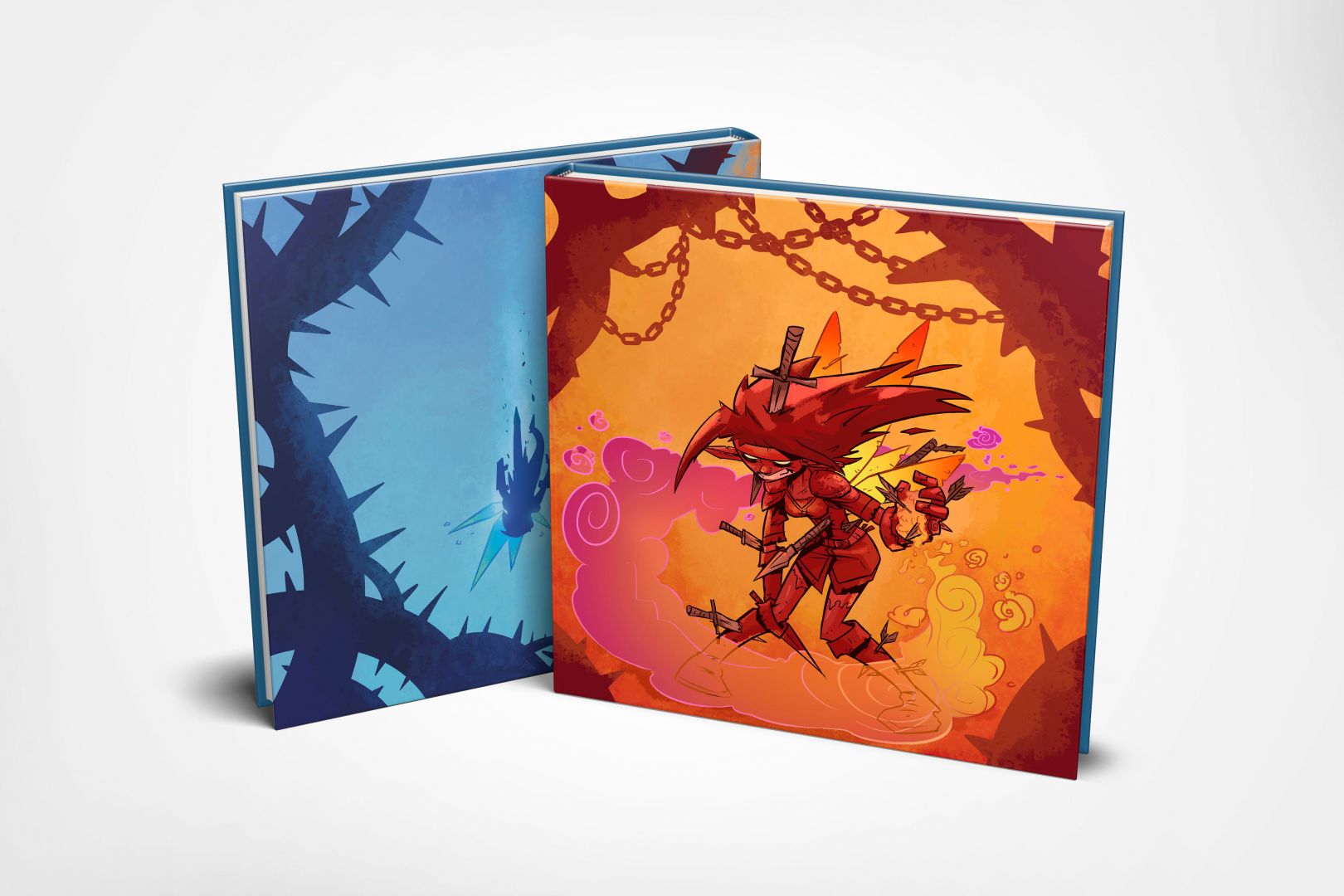 Shoutout is all about shouting out others who you feel deserve additional recognition and exposure. Who would you like to shoutout?
I never had an official mentor. I more had a group of friends that I learned from. I know it’s probably cheesy, but the person I couldn’t have done this without is my wife, who I met in college, and always told me no when I asked if I should quit and get a real job.

I wasn’t a successful author for the first 13 years of our relationship. In fact, everything I did blew up in my face, but she kept encouraging me to do new things and approved the production of two comics which became the foundation for my career years before they would start paying off. She believed in me when I didn’t even believe in me.