We had the good fortune of connecting with Ryan McCrory and we’ve shared our conversation below.

Hi Ryan, what role has risk played in your life or career?
Risk taking is crucial for anyone pursuing a career where they work for themselves. Taking a risk is giving yourself the ability to learn or be exposed new opportunities. They may not always pan out how you expect but I guarantee if you’re looking you’ll find from that “failed” risk you took away some wisdom or maybe you met someone that 5 years down the road will remember you and give you something better than what you originally attempted to achieve. As long as you are taking action(or taking risks), steps to move your life in the direction you want it to go, I believe you’ll get there eventually.

Small steps or even well thought out plans should also be categorized under risk taking. Every time we drive our cars we risk something. Going out into the world every day involves risk and it’s part of the human experience and is what makes it all worthwhile. I try to live by these thoughts and I would rather risk it all and lose it all than never risk anything at all. Moving to Los Angeles has been my most recent “risk” and two months in I can already see it starting to pay off. 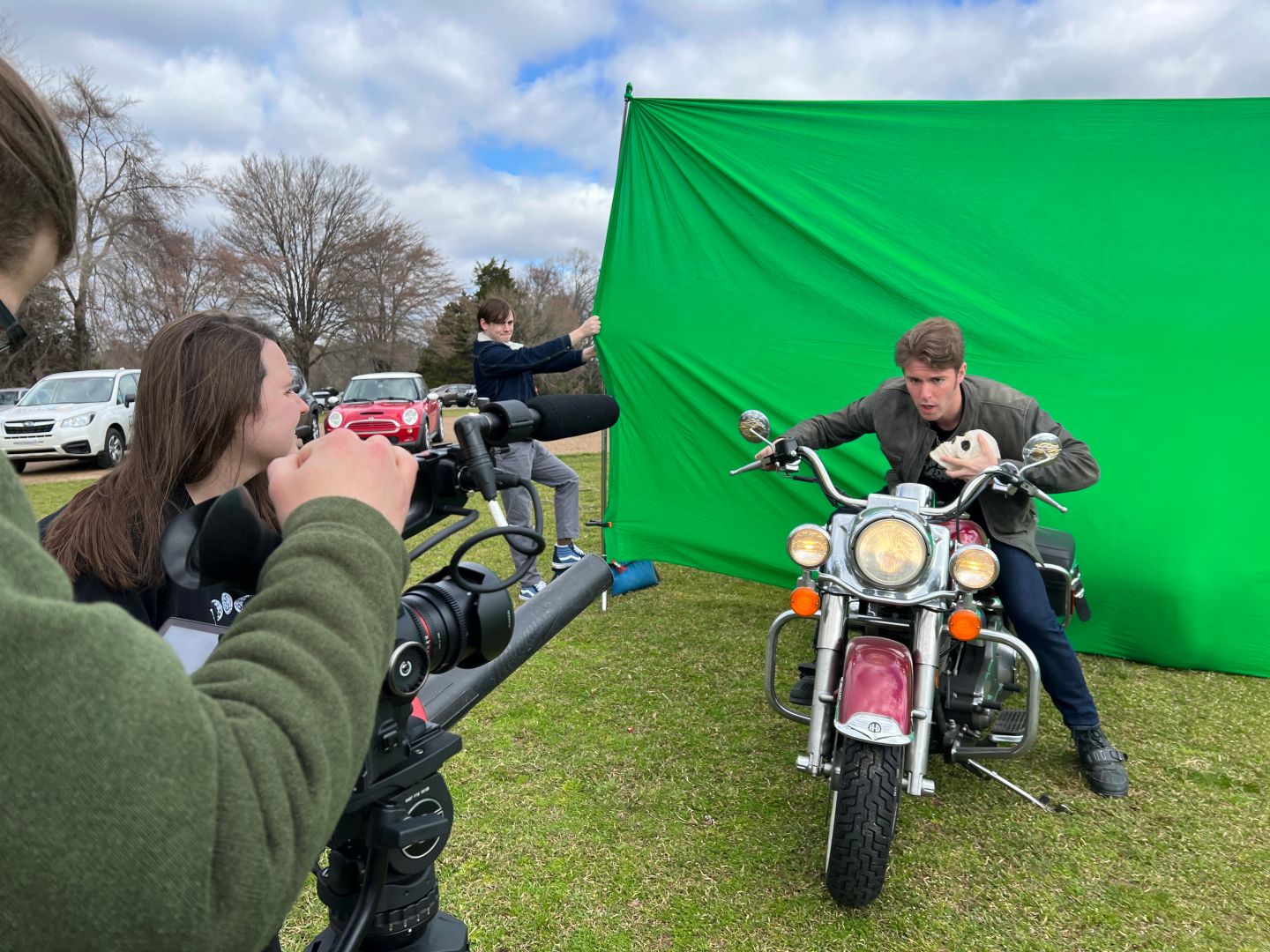 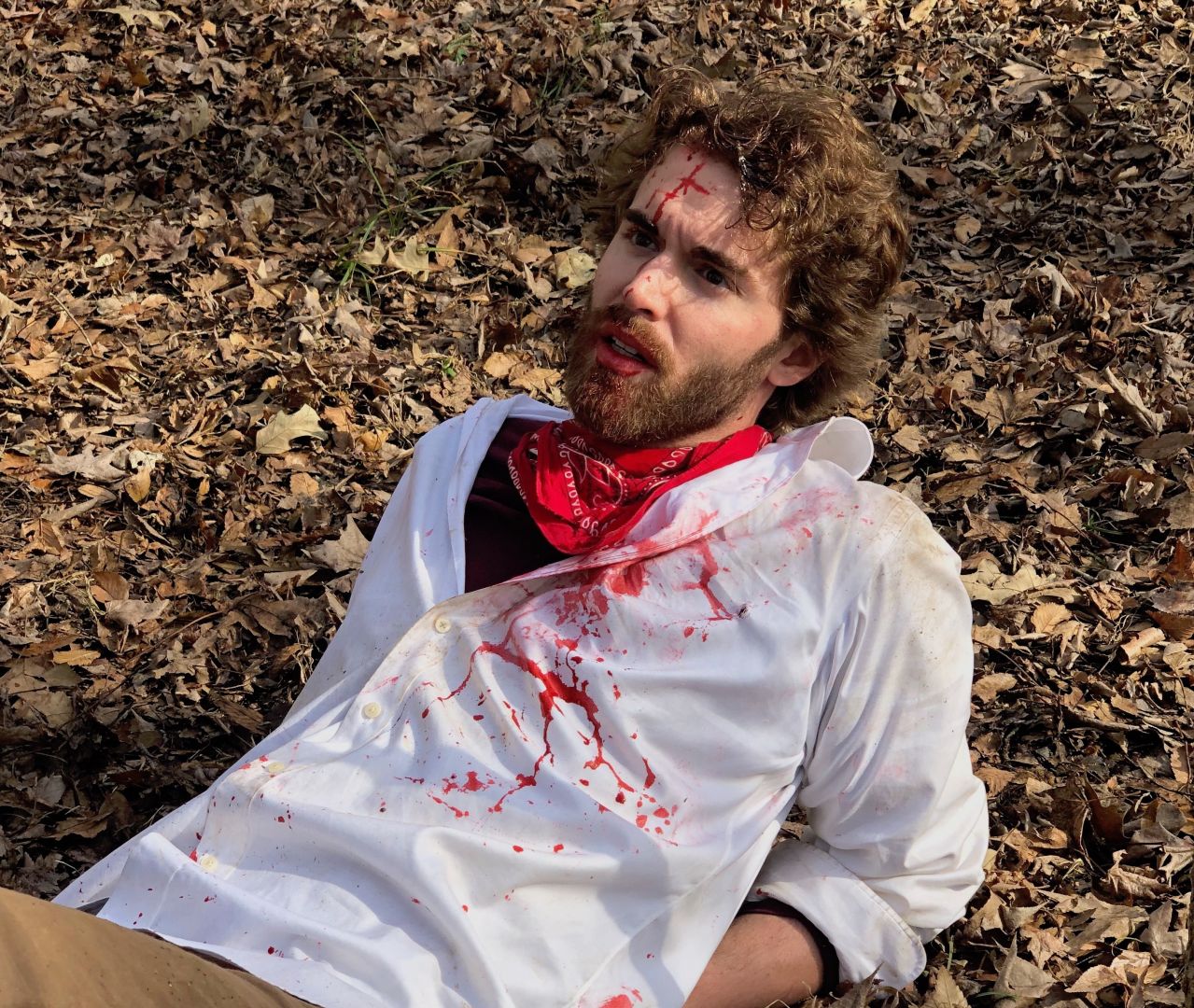 Let’s talk shop? Tell us more about your career, what can you share with our community?
First and foremost, I’m an actor, but I’m most proud of the progress I’ve made with my independent film company, Blue Lion Pictures. Founded in 2020, I started Blue Lion Pictures to use as a vehicle to create my own short films for more acting experience. In this modern day and age where everyone walks around with a camera in their pocket, lots of advice I’d been receiving from casting directors and others was if I didn’t have footage for a reel to create my own. So I started small with writing scenes and filming those with friends but overtime the scenes turned into shorts and the scale kept getting larger and larger. Eventually, I decided that I needed a name to put all these projects under and Blue Lion Pictures was born.

That brings me to what I’m most excited about which is Blue Lion Pictures’ 5th short film, “Fist of Fortune”. Before I left Memphis I wanted to film one more short with the great team I’ve been working with for the past couple of years. I partnered with my good friend, Sisa Wang and together we wrote and produced this Kung Fu Action/Comedy in about a month. Now we’re currently in post production and hope to put the film in the festival circuit and feature it on YouTube as well. If you’d like to follow along with the film’s journey you can get updates on any of Blue Lion Pictures’ socials (YouTube, Facebook, Instagram, & Twitter). Here is the summary of the film: “A martial artist stumbles across what he believes is a magic fortune cookie fortune. Following the fortune’s request, he attempts to perform acts of kindness by any means necessary. This turns a typical evening in downtown Memphis into quite an unusual one as he learns that not everything is as it seems.” 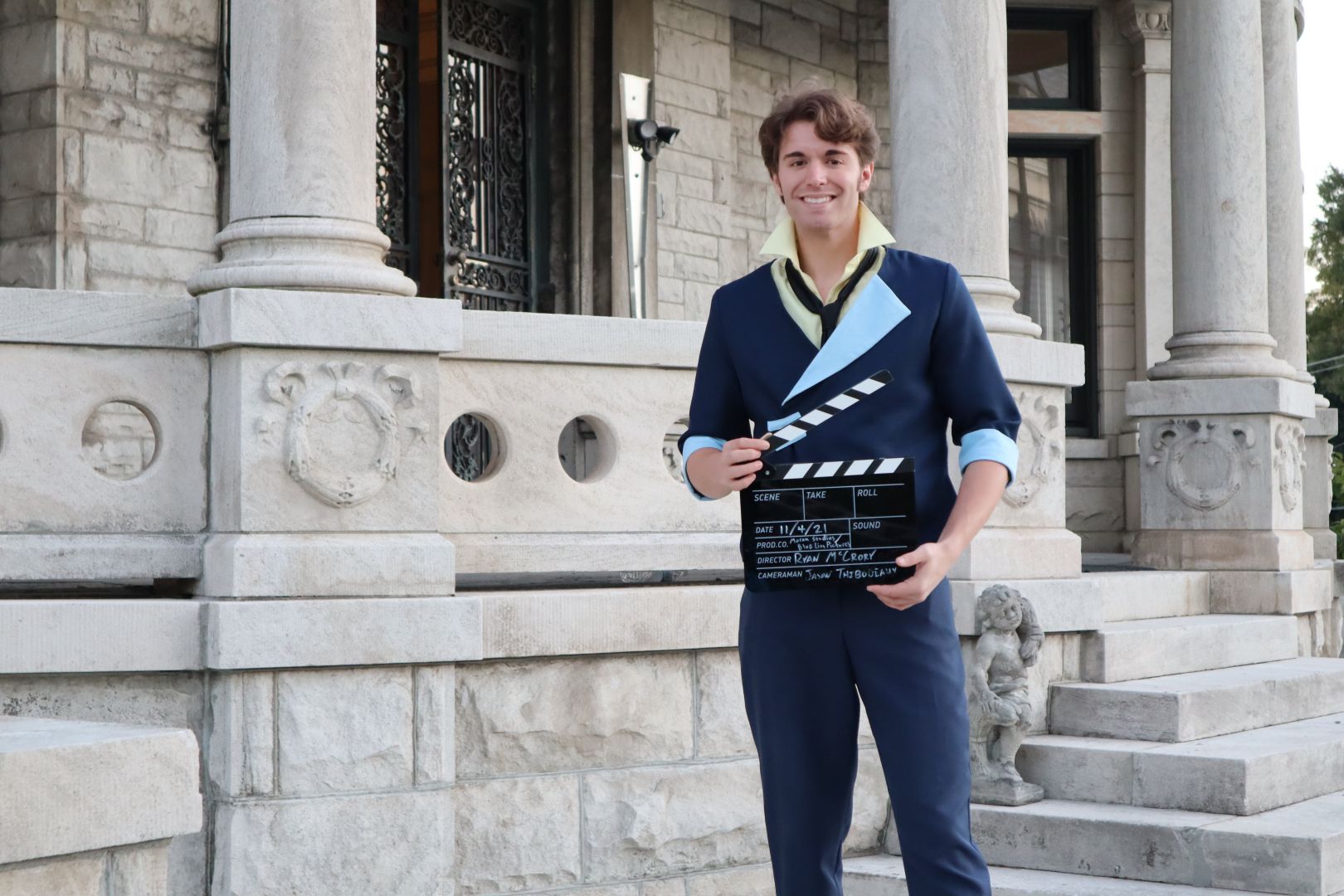 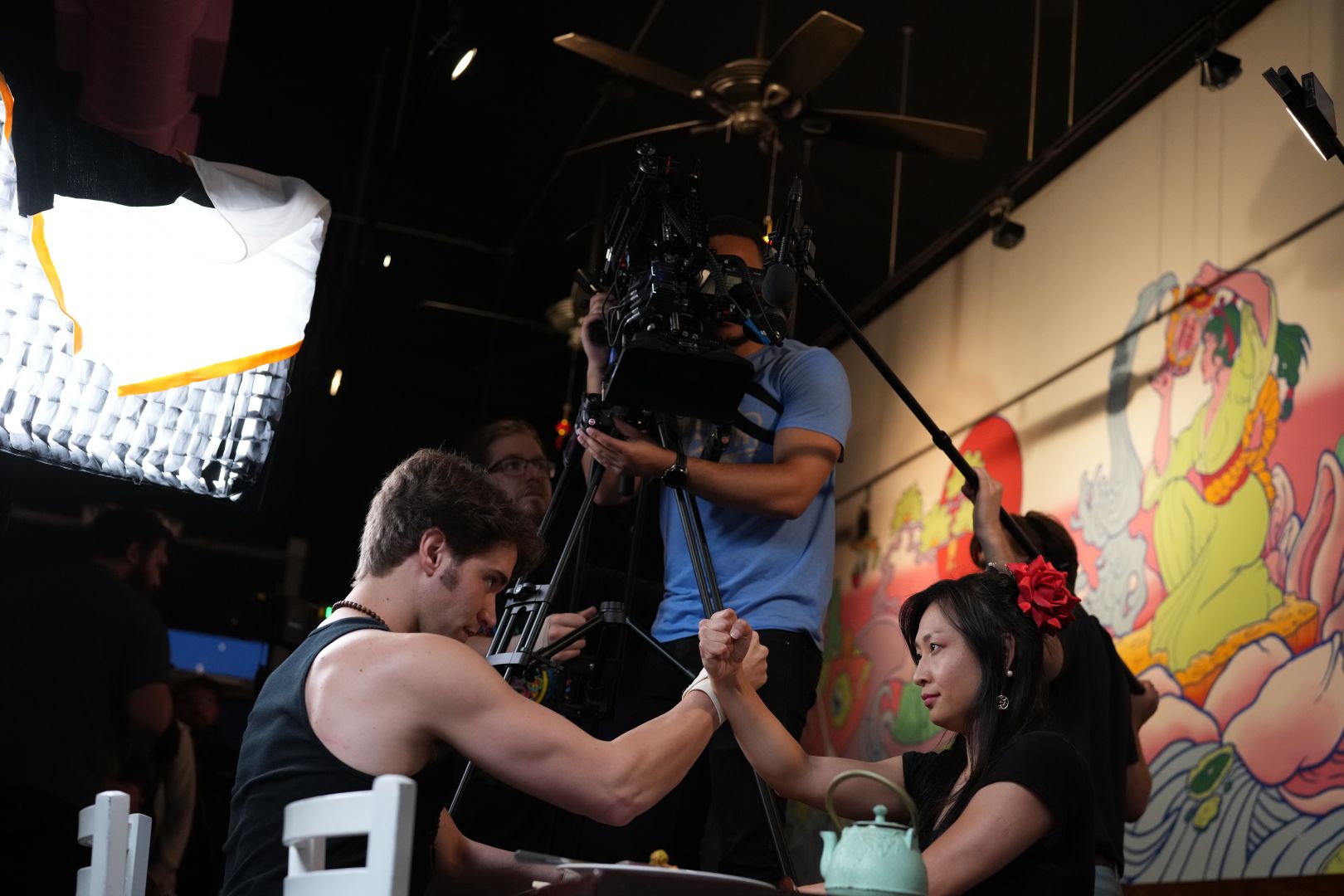 Let’s say your best friend was visiting the area and you wanted to show them the best time ever. Where would you take them? Give us a little itinerary – say it was a week long trip, where would you eat, drink, visit, hang out, etc.
Having only been here two months my list of places may be a bit short. Every day I’m almost going to a new place and it can be a lot to take in. I’ve already formed an addiction to Dave’s Hot Chicken, so any friend visiting I would definitely take them there. If we wanted to go a eat somewhere a bit pricier, I’d take them to get Korean BBQ in K-Town. I recently went to Hae Jang Chon and ate so many delicious meats I probably was ten pounds heavier when I walked out! Next the beach would definitely be a must on the to-do list. I’ve been to Malibu Beach and as someone who grew up in a landlocked state, watching the waves crash on the shore will never get old. Other than that I’d probably take them to see some more of the iconic stops, especially if this is the first visit. We’d hike to the Hollywood Sign, explore the Griffith observatory, visit the Santa Monica Pier, and walk down the Walk of Fame to see the Chinese Theater. I wish there was a way you could ask me this question a year from now because I bet I’d have a long list of suggestions! 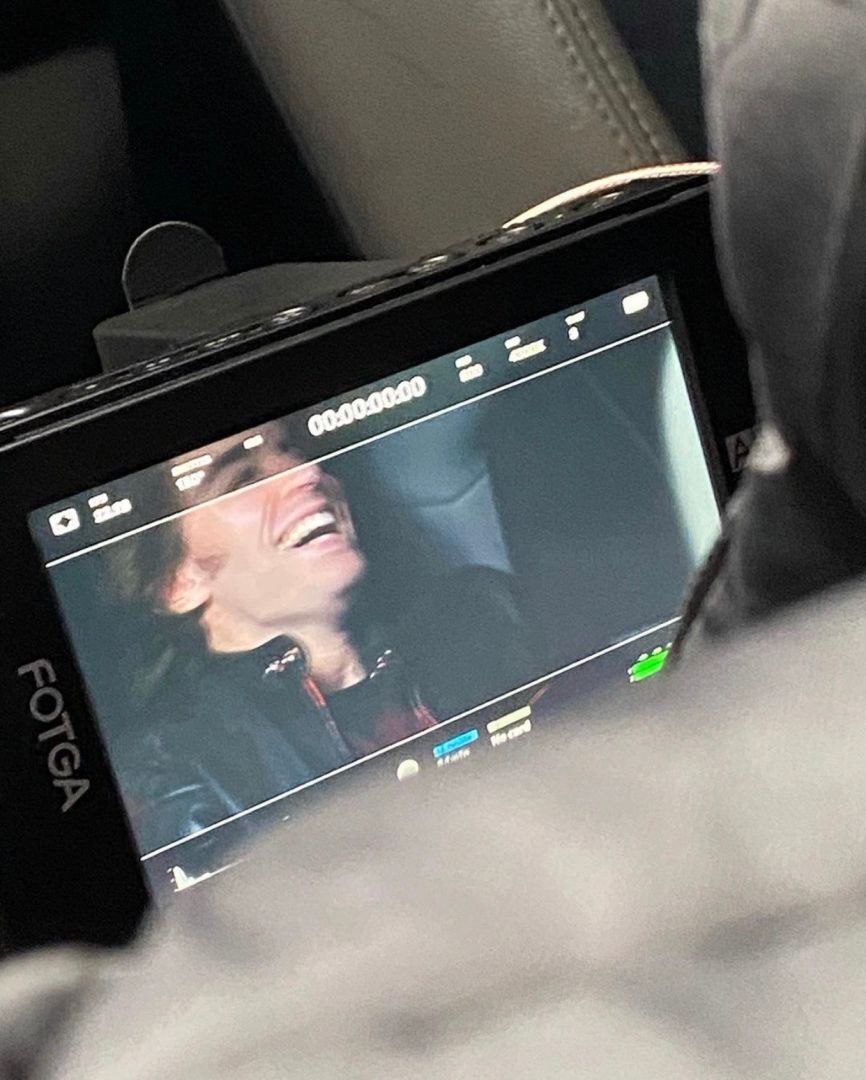 Shoutout is all about shouting out others who you feel deserve additional recognition and exposure. Who would you like to shoutout?
There’s more people than I can count that have gotten me to where I am today. I have a very loving family and I’ve gained so many amazing friends over the years, I truly am a blessed man. For this shoutout in particular, I’d like to dedicate it to my Kung Fu teacher in Memphis, Sifu Kevin Miller of the Bei Shaolin Kung Fu Institute. He’s been a mentor, father figure, friend, and supporter in my life. When I started learning Kung Fu in 2018, I didn’t even realize the big effect it was going to have on the direction of my life.

Sifu Kevin Miller is truly a master of the art. To be able to learn from someone like him in a place like Memphis, TN is so rare. He has a nice balance in the way he teaches of encouraging you but also holding you to a higher standard (a standard I’ve since made my own). Outside of the school we had many talks about God, life, relationships, and martial arts movies. Sifu Kevin Miller believed in me so much he helped me achieve my dream of making my own Kung Fu movie. In 2021, we partnered together on a short film under my production company, Blue Lion Pictures, called “Shaolin Blues”. He choreographed all the fight scenes, opened up his school for rehearsals, and even acted in the film. Without him none of that would have been possible and I will forever be grateful. I may live in California now but Memphis will always be my home along with the Bei Shaolin Kung Institute. If you’re ever in the area go drop in and tell them Ryan sent you! 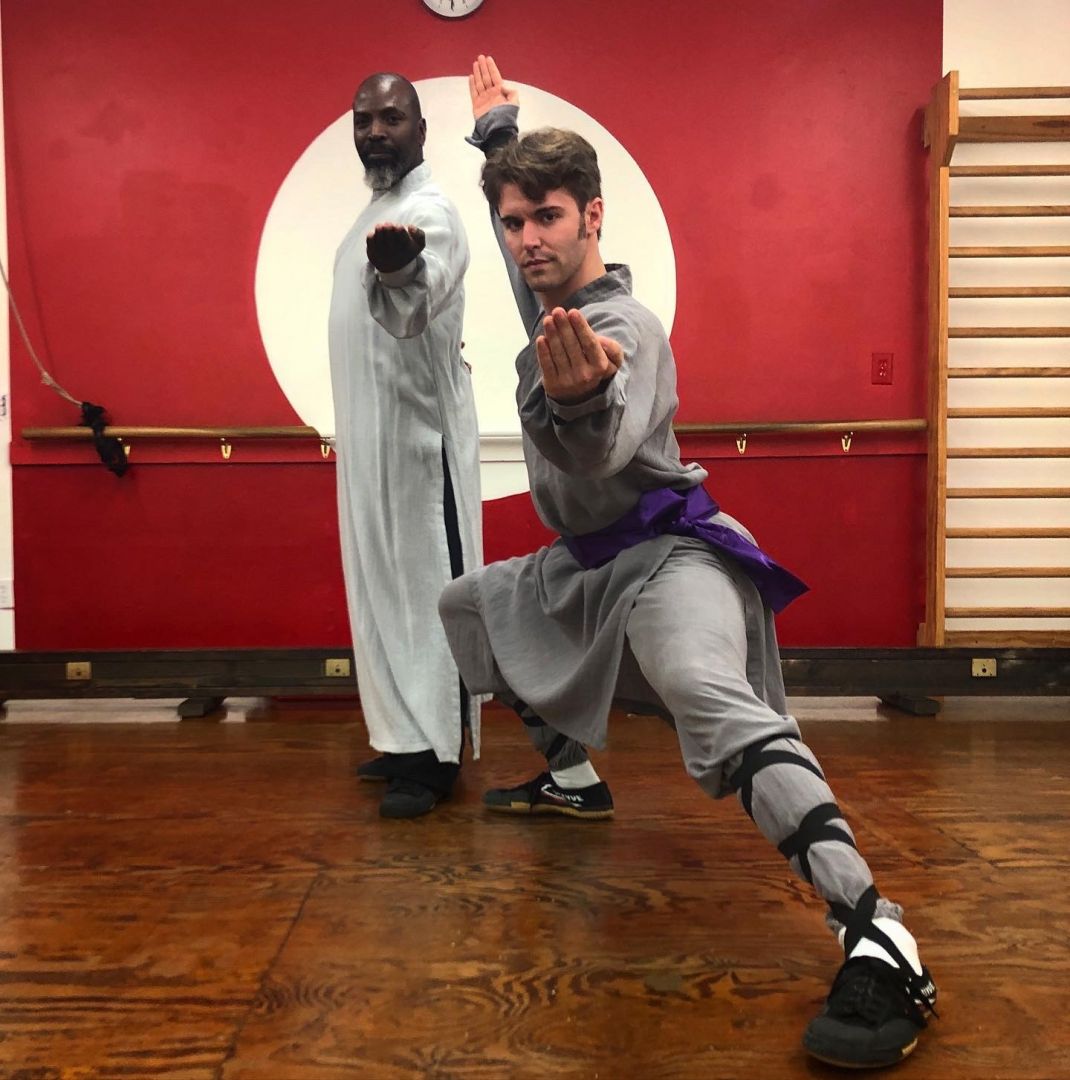