We had the good fortune of connecting with Ryan Oliver and we’ve shared our conversation below.

Hi Ryan, other than deciding to work for yourself, what was the single most important decision you made that contributed to your success?
Not giving up even when I don’t believe in myself. I remember during my senior year of high school, I applied to one college (this is a terrible idea, do not do it). It was this prestigious and frankly overhyped “top art school in the country” sort of institution and for the previous two years I had completely defined my self worth around the idea of getting admitted there. I was rejected. I was completely devastated and lost all confidence in myself as an artist, but in the end I chose to move out to California by myself and take night classes so I could apply again the next round. I got rejected again. And again. I remember having this moment thinking that I would have to move back home and find another career because clearly this wasn’t working out, but the idea of giving up on my passion made me so angry that I doubled down instead. I never ended up attending and looking back on it, I’m grateful that I didn’t. I’ve still been able to get jobs and find success through my own efforts and the support of others.

Nowadays, if I see a job opening or a project that I really want to participate in, I challenge myself to apply even when I don’t think I’ll get it (which is like, most of the time to be honest). I think what’s really important is to put yourself in a position to create opportunities. 99% of the time I won’t get a reply and if I’m lucky, I’ll get a formal rejection, but there’s always the 1% chance that hey, maybe they will reach out because they like my work. What matters most to me is that I gave that opportunity to myself. 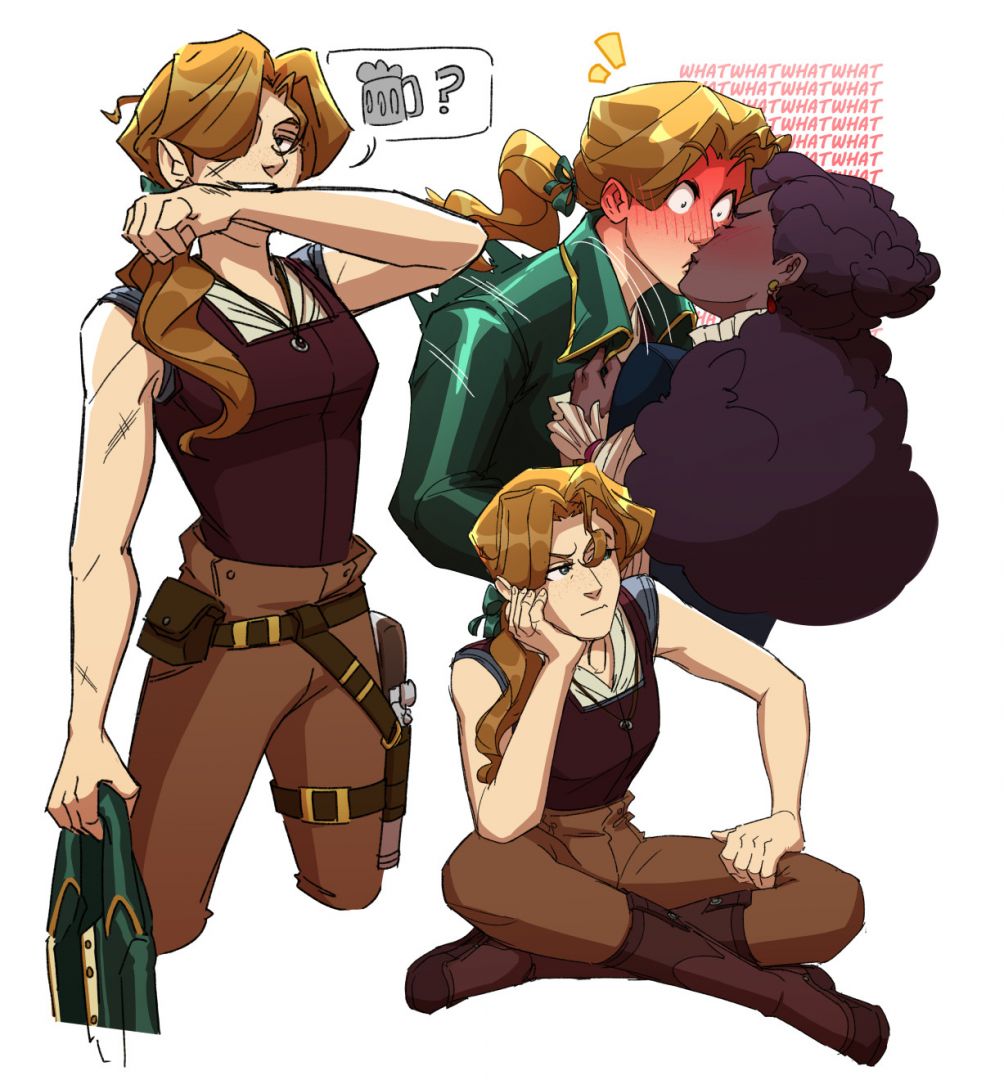 Let’s talk shop? Tell us more about your career, what can you share with our community?
I think I’ve always been a storyteller, first and foremost. Drawing just happens to be the medium I use to communicate. That isn’t to say that I don’t love designing or making illustrations, but I also spend a ton of time writing and planning for comics I’d like to start in my own time. Over the course of my professional career I’ve opted to take on more diverse roles such as storyboarding and lettering for comics in addition to my current skillset as a character designer/illustrator. I was initially resistant to the idea of moving beyond my niche but it’s incredibly rewarding knowing that not only am I doing my best to learn and improve for the projects I’m employed on, I’m also doing it for my own stories that I’d like to tell in the future.

I’ve been working on a personal project since early 2019 and even though it’s nowhere near a publishable state, it’s the thing I’m most proud of (if you like gunpowder steampunk, witch hunters, and occult military conspiracies then it might be up your alley). As a commercial artist it can be really demoralizing not having creative control over things outside of your position in the pipeline. I think doing a self-indulgent thing, whether that’s writing an original comic or drawing fanart, is really important for an artist to do to prevent burnout. One of the worst things that can happen to a person is forgetting why they enjoy the thing they do in the first place. 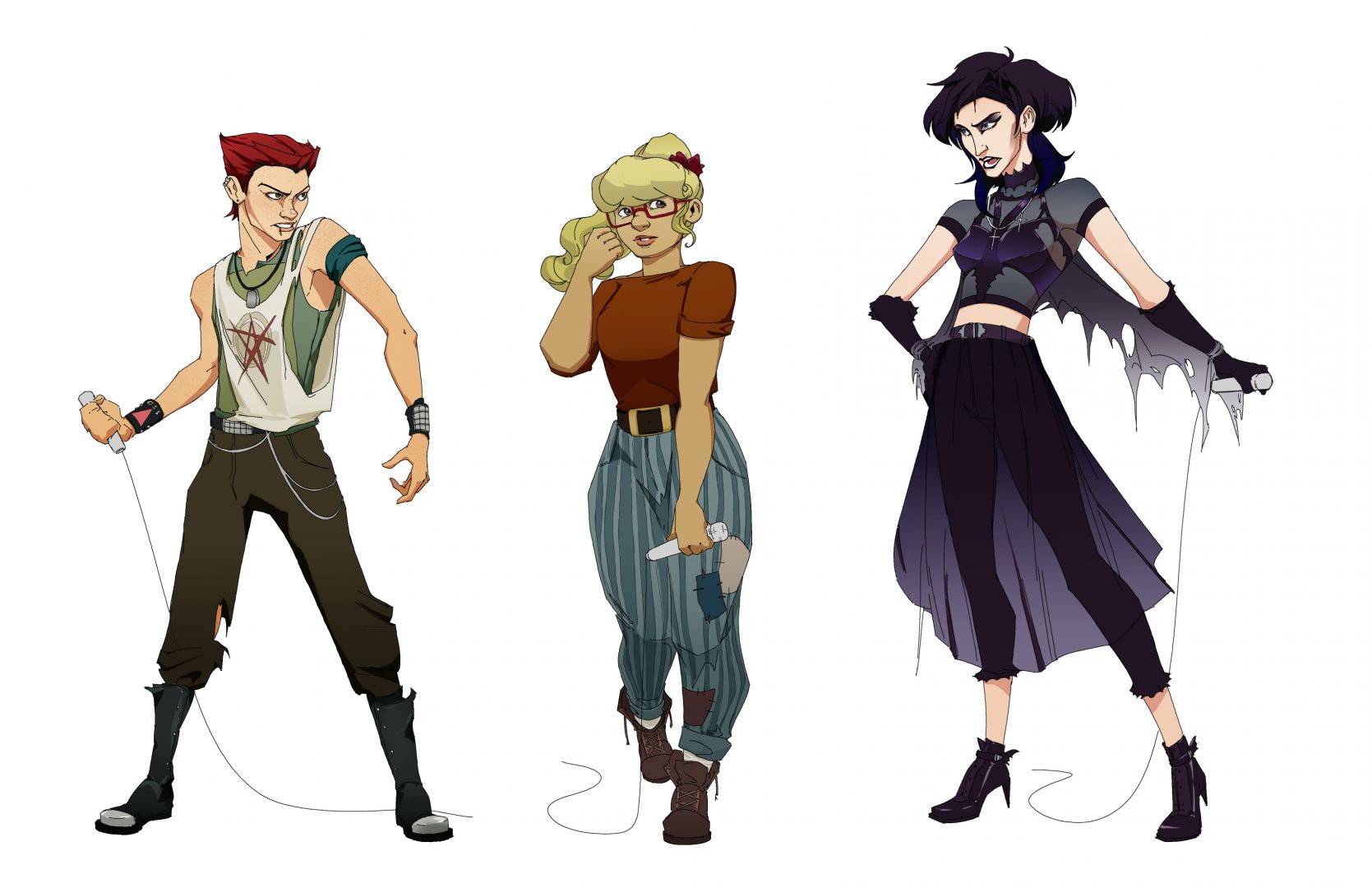 Any places to eat or things to do that you can share with our readers? If they have a friend visiting town, what are some spots they could take them to?
There are so many things to do in LA that it’s not even funny. But off the top of my head I think I’d definitely take them to some of the museums in the area! The Autry Museum, Natural History Museum, and Huntington Garden are some of my favorites. It’s always fun to do something a bit weird though, so at some point I would want to take them to one of the many allegedly haunted sites around LA. As for food, I don’t know how you could visit LA and not go to a taco truck or try out some of the stalls at the 626 Night Market, and if they’re up for visiting somewhere super over the top, probably Bar Sinister or Clifton’s Republic. 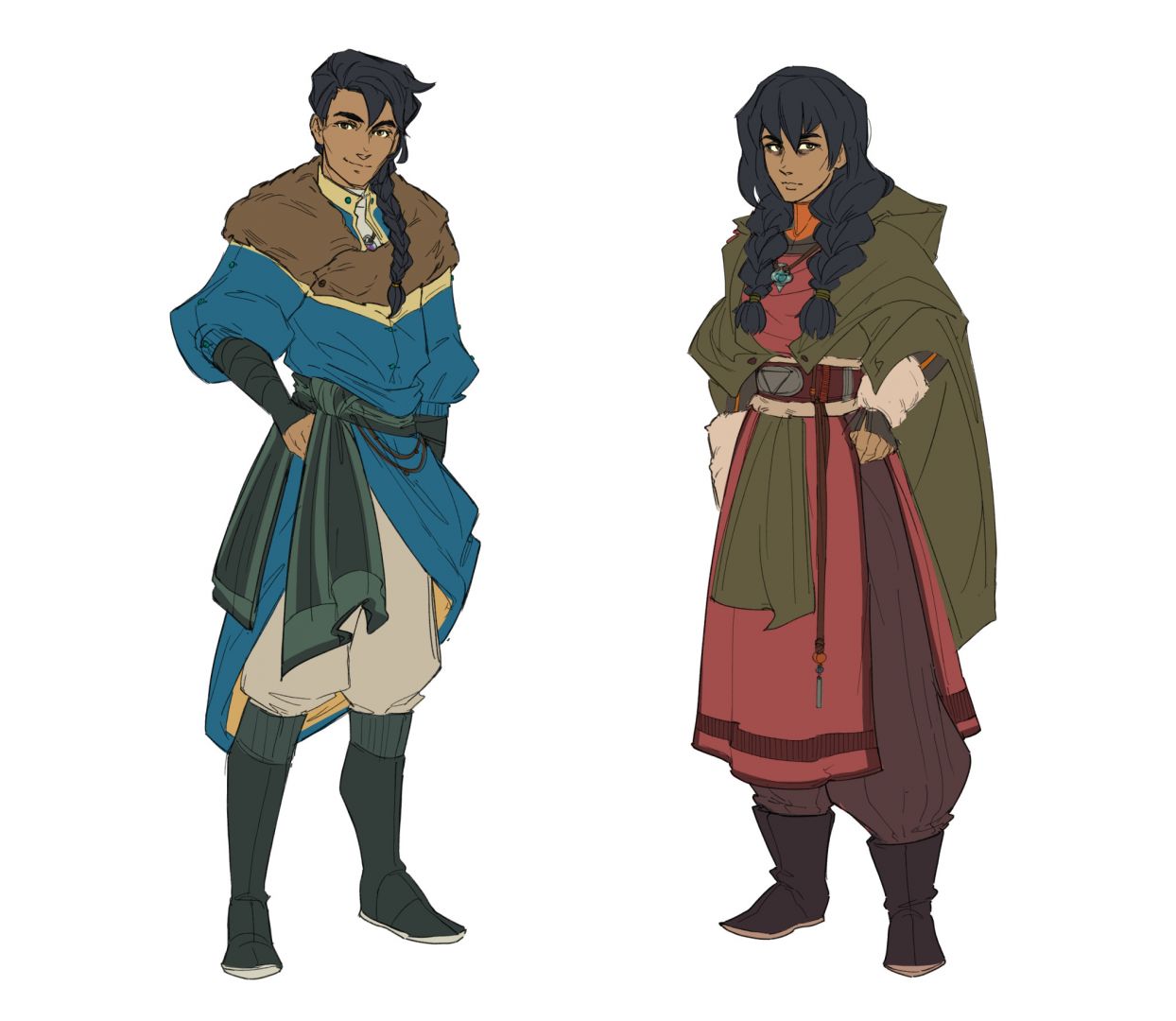 The Shoutout series is all about recognizing that our success and where we are in life is at least somewhat thanks to the efforts, support, mentorship, love and encouragement of others. So is there someone that you want to dedicate your shoutout to?
Honestly I’ve encountered so many wonderful people in my life that the idea of choosing one person or group of people seems impossible. I’m grateful to my family for recognizing my creativity and letting it flourish, rather than pushing me down a more conventional “safe” path. Creative careers have a reputation for being the crazy path you take if you want to want to burn your money and ruin your chances of financial stability. That’s obviously untrue, but that isn’t to say it’s an easy route to take either. I don’t have the experience to know if other paths are easier than the one I’ve chosen, but I’m glad that I had the option to explore being an artist in the first place. I’m also thankful for the support of my friends, colleagues, and mentors. I don’t think I would be where I am today if I didn’t have them challenging and inspiring me every day. 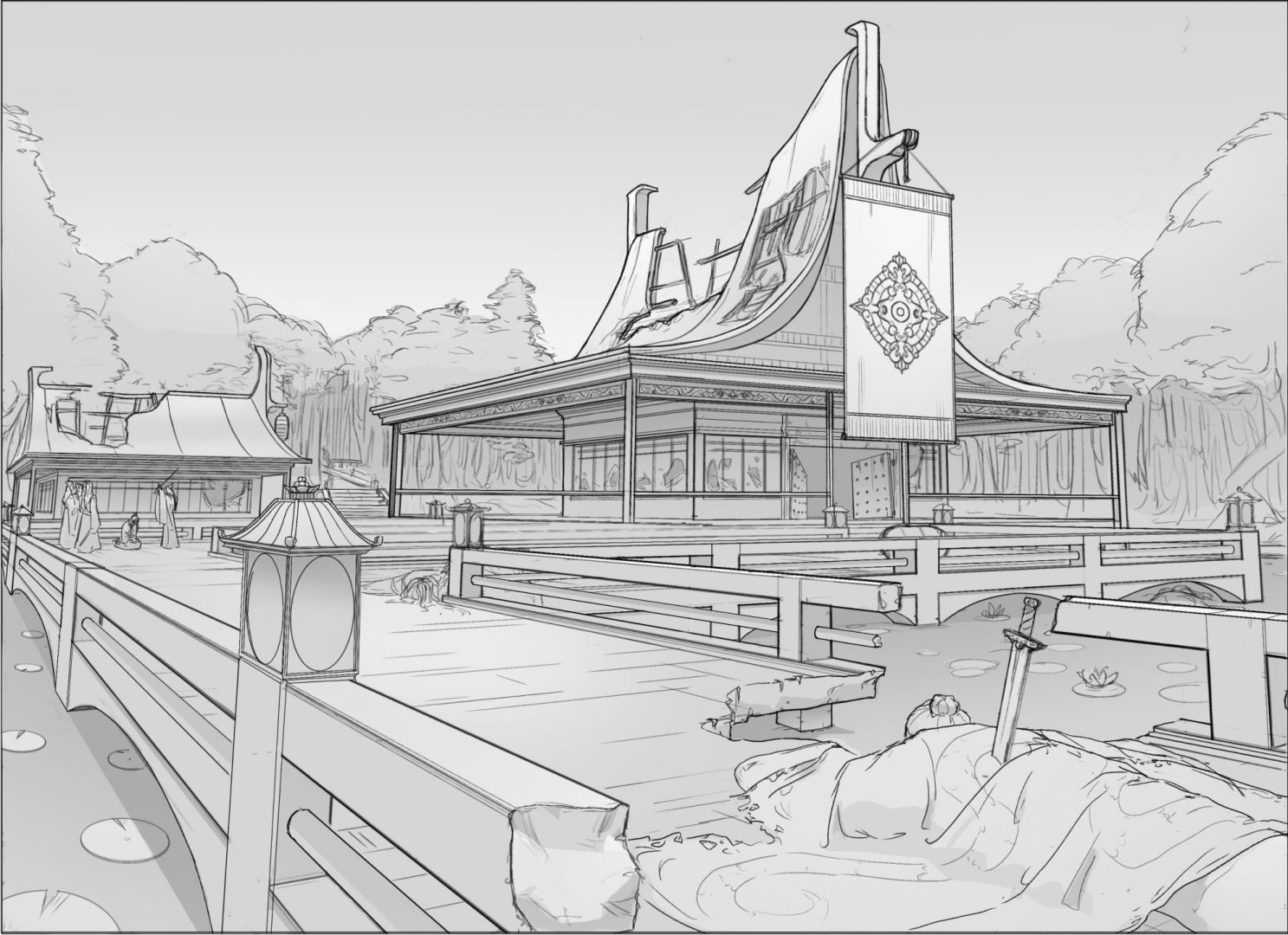 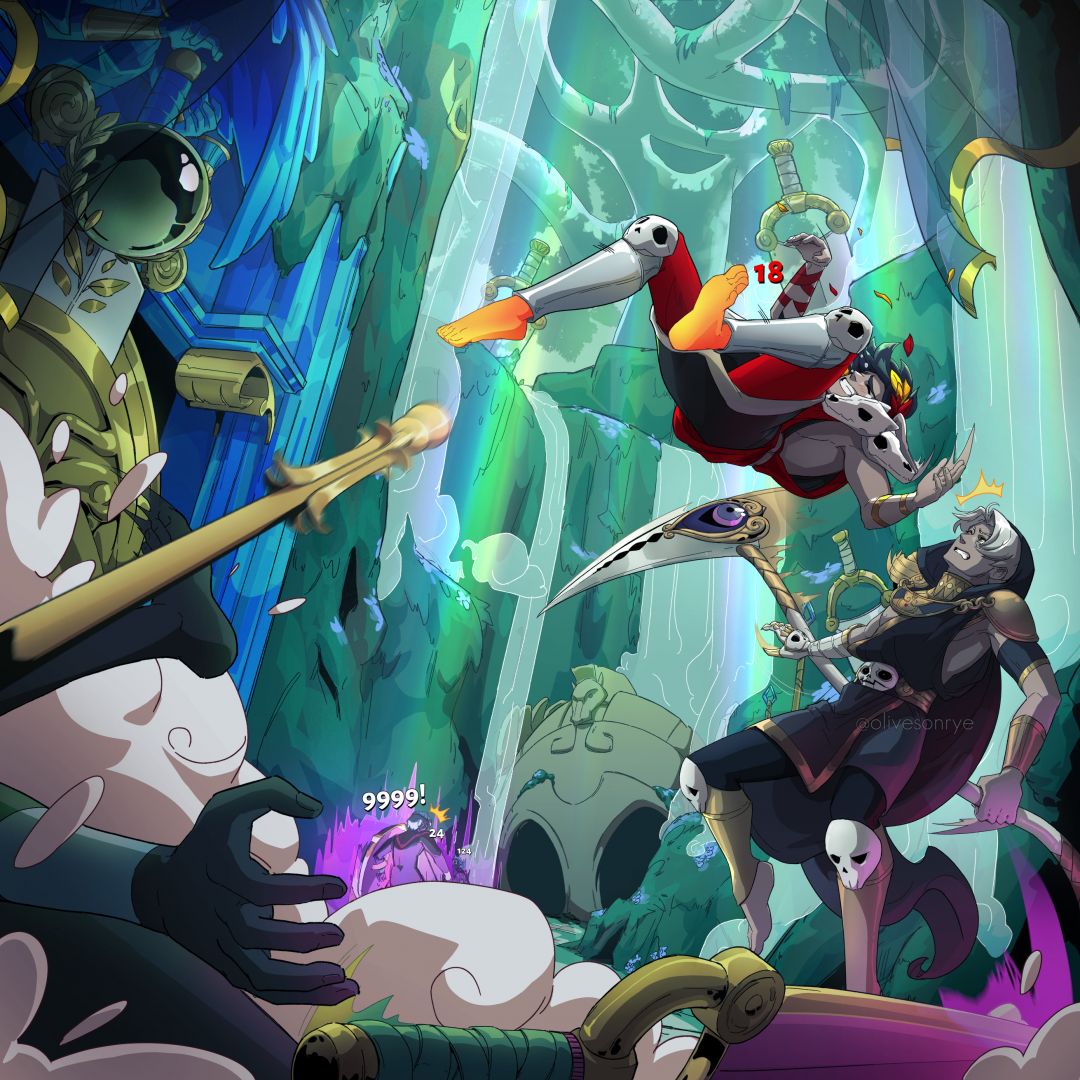