We had the good fortune of connecting with Sarah Sellers and we’ve shared our conversation below.

I devoured books as a kid, and I loved movies – especially animated movies. One of the earliest movies I watched as a toddler was My Neighbor Totoro – it made such an impression on myself and my sibling, that when we moved into a new house we ran screaming from room to room. My bewildered parents finally realized we were imitating the two main characters in the film, exploring their own new house. It wasn’t the first nor the last new house my family experienced, as my dad’s military career had us moving all over the world throughout my childhood. While houses, neighborhoods, and friends changed from year to year, I found connection with stories.

Those stories formed the bedrock on which my childhood was built – from the games I played, to the aspirations I had, to the friends I would make. There was this…connection, that stories created for me. Writers and artists reaching out across time and space to wave hello and share something special. I think my desire to connect with others, led me to want to reach out and tell my own stories. I wanted to wave back.

So by the time I was seven I had lost interest in marine biology, and I decided I wanted to spend the rest of my life telling stories. 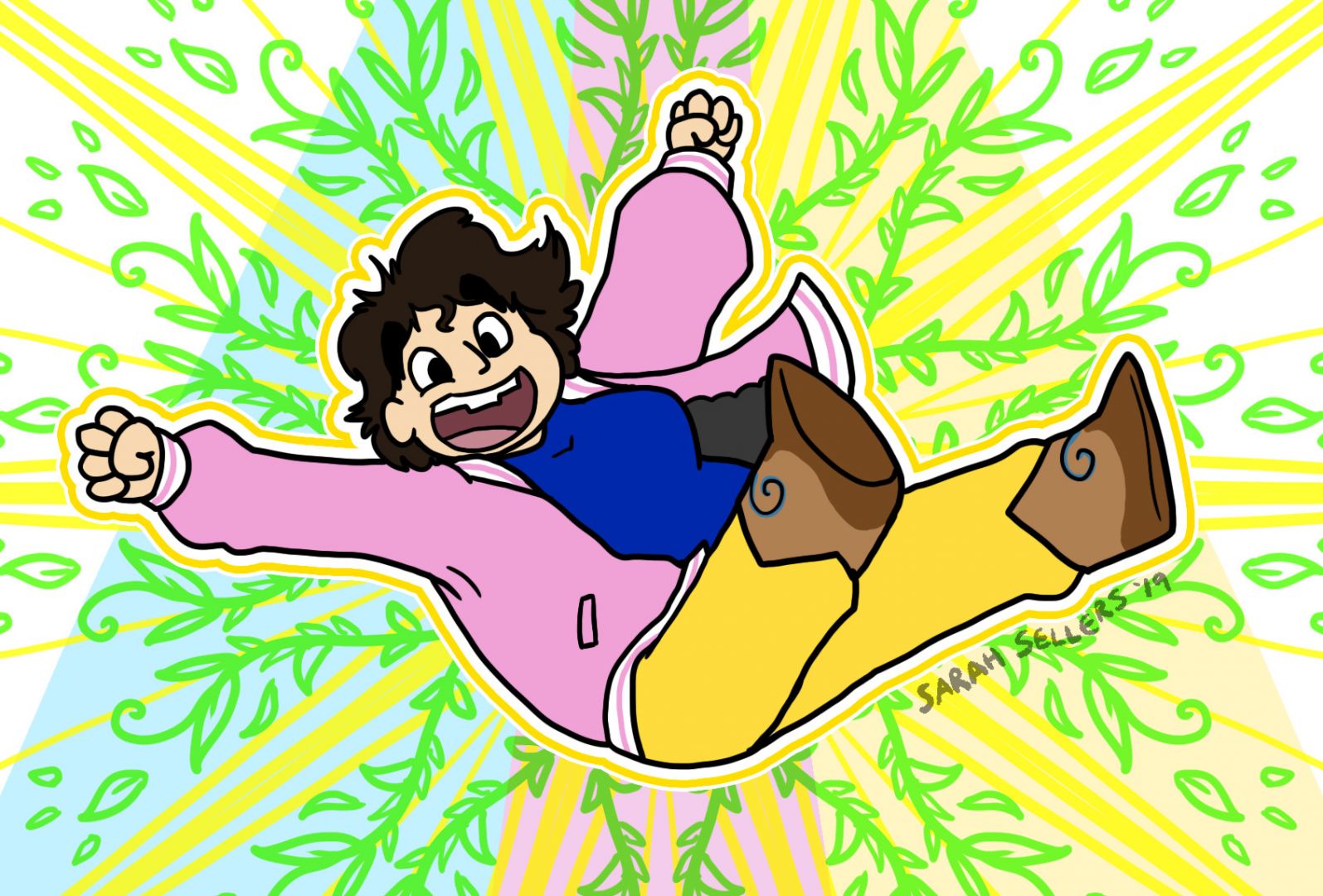 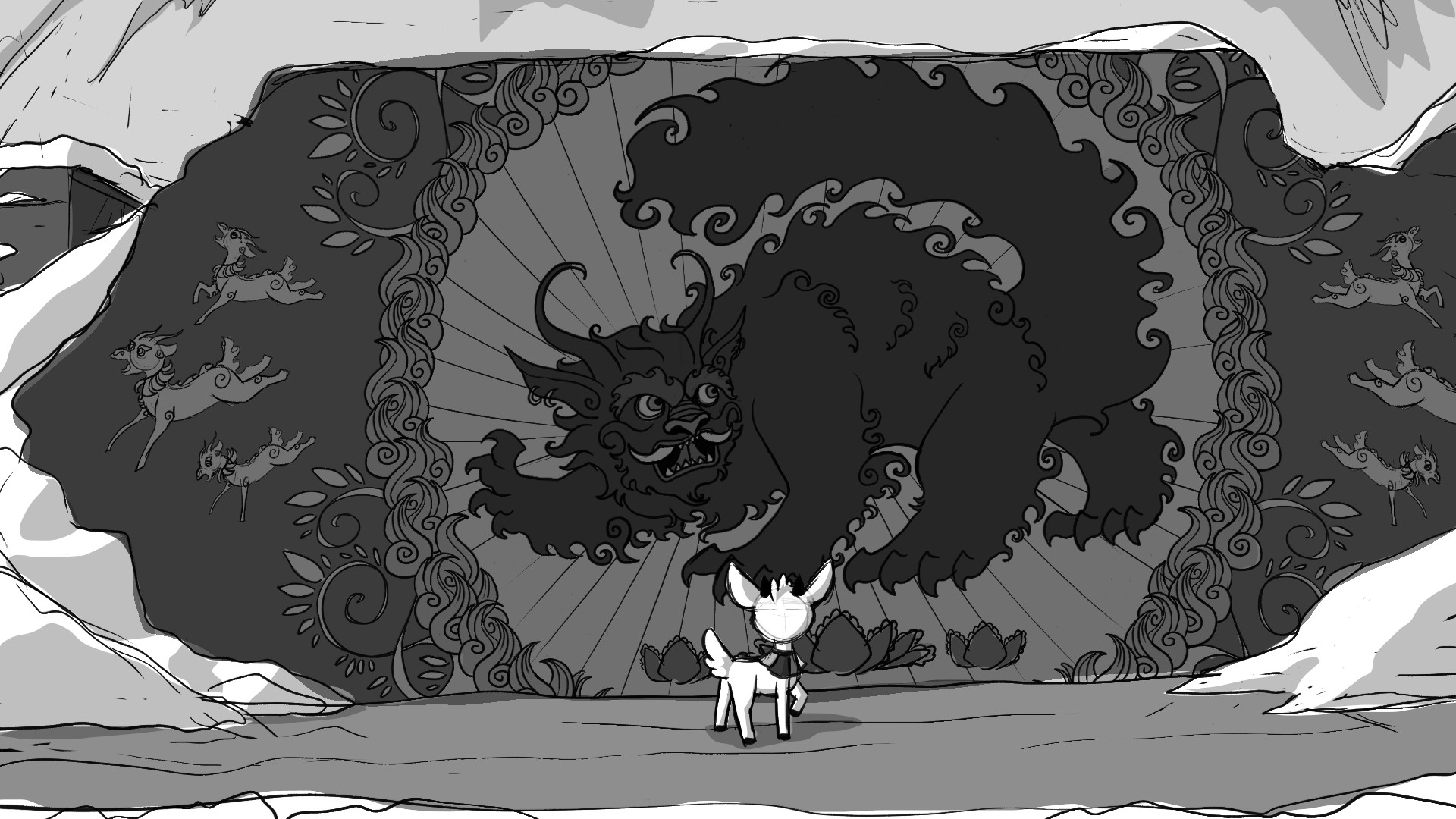 Can you open up a bit about your work and career? We’re big fans and we’d love for our community to learn more about your work.
My journey to my career was pretty winding, and it had its own share of struggles!

I started out wanting to tell stories – which, as a kid with access to a library, meant I wanted to write novels. I would sit in the back of class, scribbling in a binder full of loose leaf paper. I enjoyed drawing, so I would draw my characters or illustrate pages of my books.

Over time, I discovered there was more than one way to tell a story, and I started to explore other storytelling mediums. I taught myself how to animate after seeing amateur animation on Youtube. I started making comics after reading webcomics and graphic novels. I could write a novel myself, I could publish a webcomic myself… but animation? It still held mysteries that I wanted to fully understand. The combination of music, visuals and writing was so magical – and I wanted to learn how to create that magic. So I decided I wanted get an animation degree.

I spent a semester at my university of choice, attending classes that would prepare me to apply to their animation program. It was during this time that a Dreamworks recruiter came to visit the school, and they outlined some of the more specific roles within animation. That was the first time I’d heard the job title “Story Artist”, and I knew immediately that’s what I wanted to do. I wanted to be the one to draw what happens on screen – to take the story right to the audience.

But it quickly became harder than that. The classes for the application were intense and designed with a solitary goal – to weed out the weak. Coupled with that, my health became a problem – I’m allergic to many of the materials used in creating physical art (paint thinner, paints, etc.) A figure drawing class held in the same room as the oil painting class caused a steady decline in my health and my ability to create art. I was floundering.

I brought it up with the professor in charge of the class, who gave me a quizzical look and asked, “You’re allergic to…art? And you want to be an artist?”

It was discouraging to say the least. I felt like… maybe becoming an artist, becoming a storyteller, was going to demand more than I could give. Maybe it was beyond me. But I pushed myself harder than I ever had, finished the classes, and turned in my application to the program.

It was devastating, to say the least. The uncertainty of my career path, whether it was even possible or not, was coupled with other things falling through in my life. It felt like any idea I had of the future was stripped away, and I was left exhausted and directionless.

And yet…I still had stories to tell.

Bit by bit, I rebuilt. I switched schools, to a smaller university that didn’t have an animation program. There weren’t any storyboarding classes, but I took whatever classes I could that I thought could apply. The professors thankfully worked with me at this school, both in accommodating my health needs and adapting projects to my storyboarding vision. Through illustration classes, watercolor classes, and a single animation class, I built a storyboarding portfolio. I managed to get to CTN Expo, where I learned so much about how to break into the industry and what my portfolio needed. I emailed dozens of story artists, asking them questions and getting feedback on my work.

I didn’t know if I would actually have what it took to make this career work. I didn’t know if it would demand more than I had to give. But I wanted to try anyway. After all, I still had stories to tell.

I finally graduated with a degree in Art and Illustration, and applied to every story job listing I could find. Story Revisionist, Story Artist, I even applied to be a Head of Story! If it was related to story art, I applied.

Finally, a studio reached back out to me – to tell me no, they didn’t want to hire me as their Head of Story. …But would I be interested in being a story revisionist? A couple interviews later, Kuku Studios offered me my first story art job, working as a revisionist on Go! Go! Cory Carson. To say it changed my life would be an understatement.

I didn’t get the degree I thought I would need – or get into the program I thought was the best. I didn’t attend a big animation school, or build any network contacts. But what I did do was send a lot of emails, find any way I could to learn story, and kept going. And in the end, it was enough. I was enough.

It hasn’t been smooth sailing since then – I’ve got my fair share of projects under my belt now, some easier than others. There are still days when I question if I have enough in me to keep going as a story artist, or if it really is more than I can give. But I keep going. I’ll keep going as far as I can. The friends I’ve made in this industry, the experiences I’ve had, the magic of seeing the stories we’re making come to life… those moments are worth every bit of struggle. I wouldn’t change a thing. 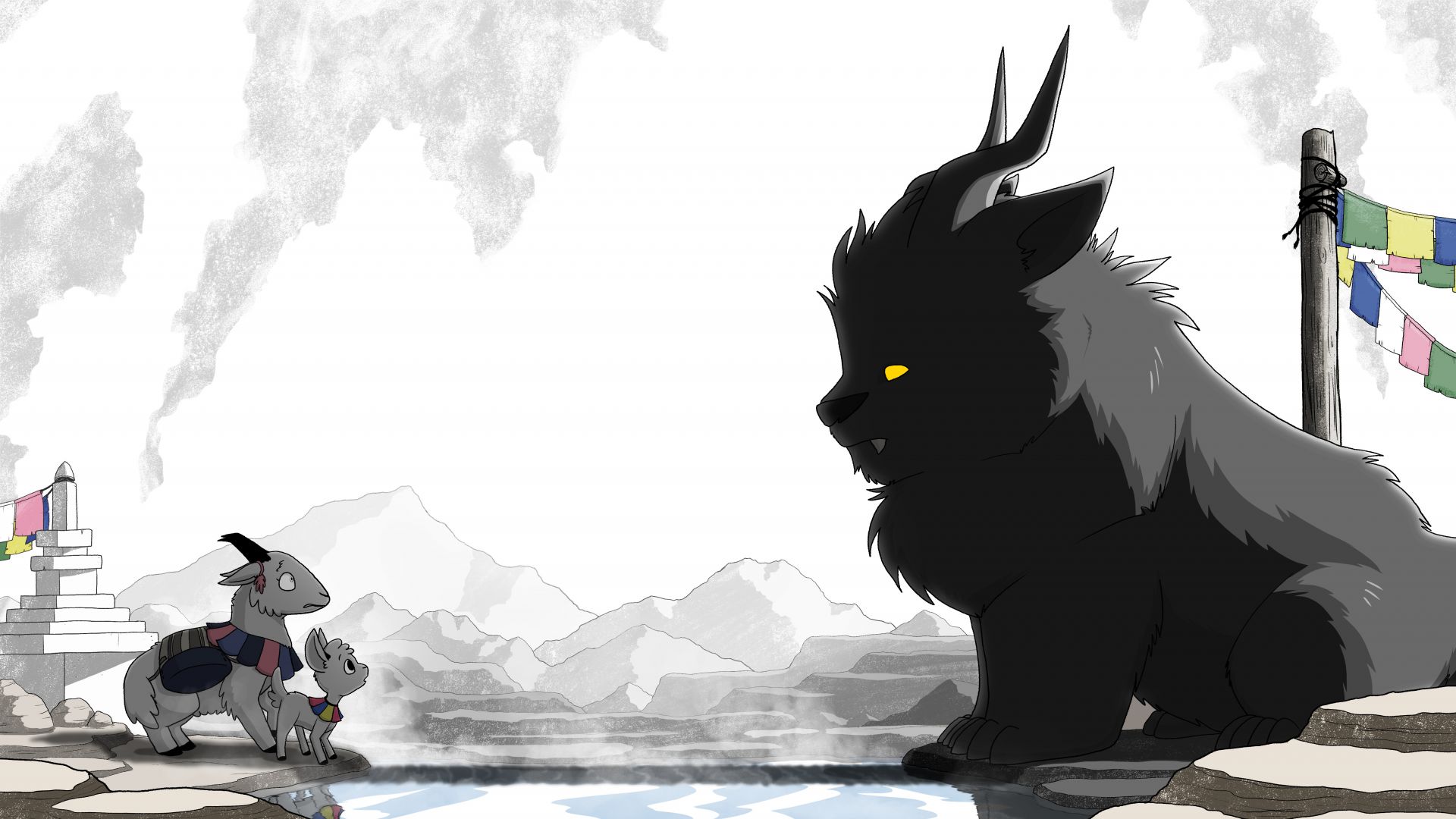 If you had a friend visiting you, what are some of the local spots you’d want to take them around to?
Anywhere I can gather with friends and connect is a good time in my book! Whether that’s chilling at a park, guitar in hand, having a jam session… or just hanging at home, watching a movie or playing a video game together. I’m a bit of a homebody, so if my best friend was visiting I’m sure we’d spend a lot of time hanging out at my place. But we’d at least hit up the best local restaurants! I love showing my friends all the cool places to eat. 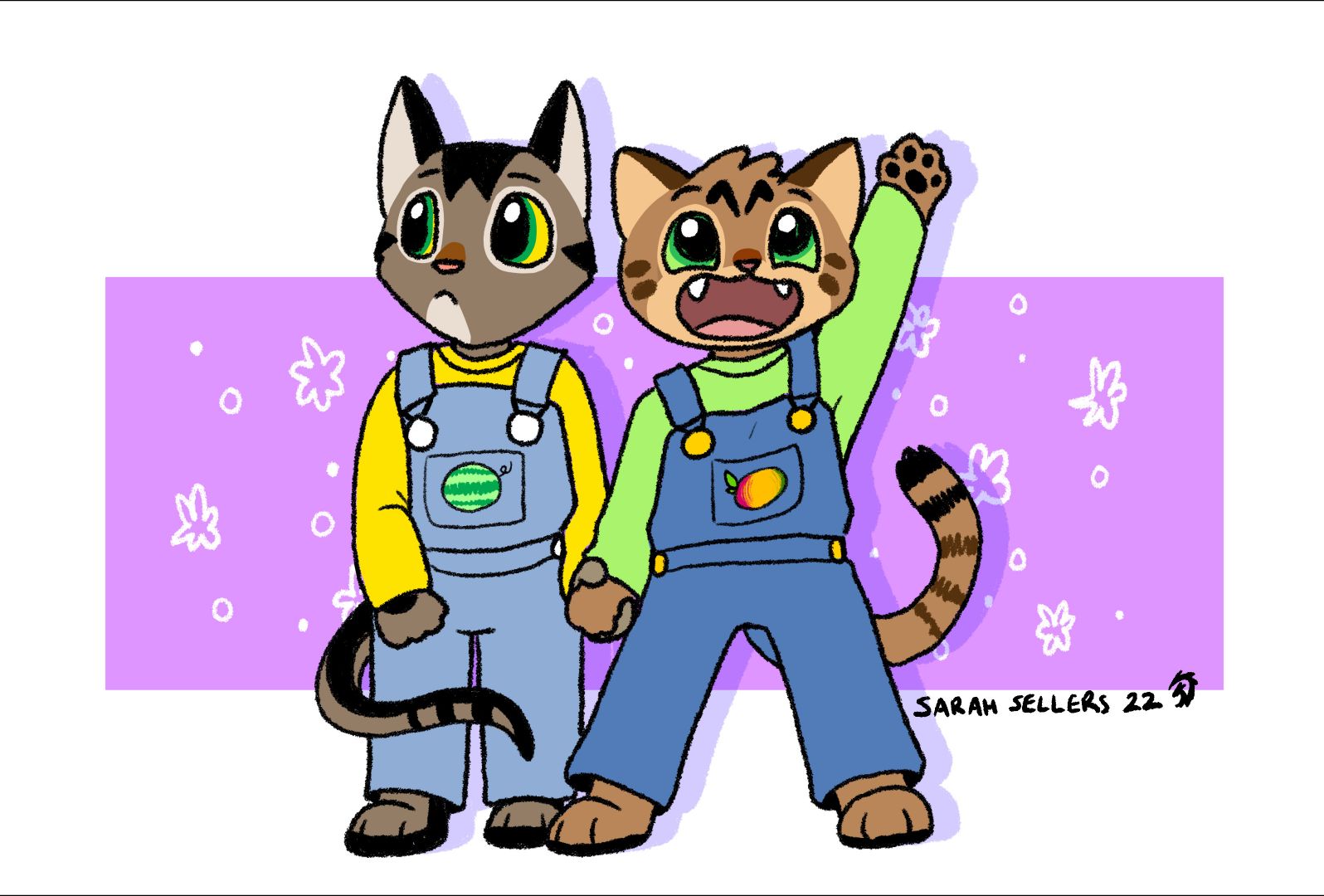 Shoutout is all about shouting out others who you feel deserve additional recognition and exposure. Who would you like to shoutout?
There are so many people who have taken chances on me, supported me, taught me and cheered for me throughout my journey – more than I could ever name! I want to shout out in particular, the crew of Go! Go! Cory Carson at Kuku Studios. That was my first show, and everyone on that team taught me so much, and still teach me so much! I wouldn’t be where I am today without their support. They’re mostly scattered to different projects and studios now, but I’ll always be so grateful to Kuku Studios for giving me my big break, and being the best possible introduction for me to the animation industry. 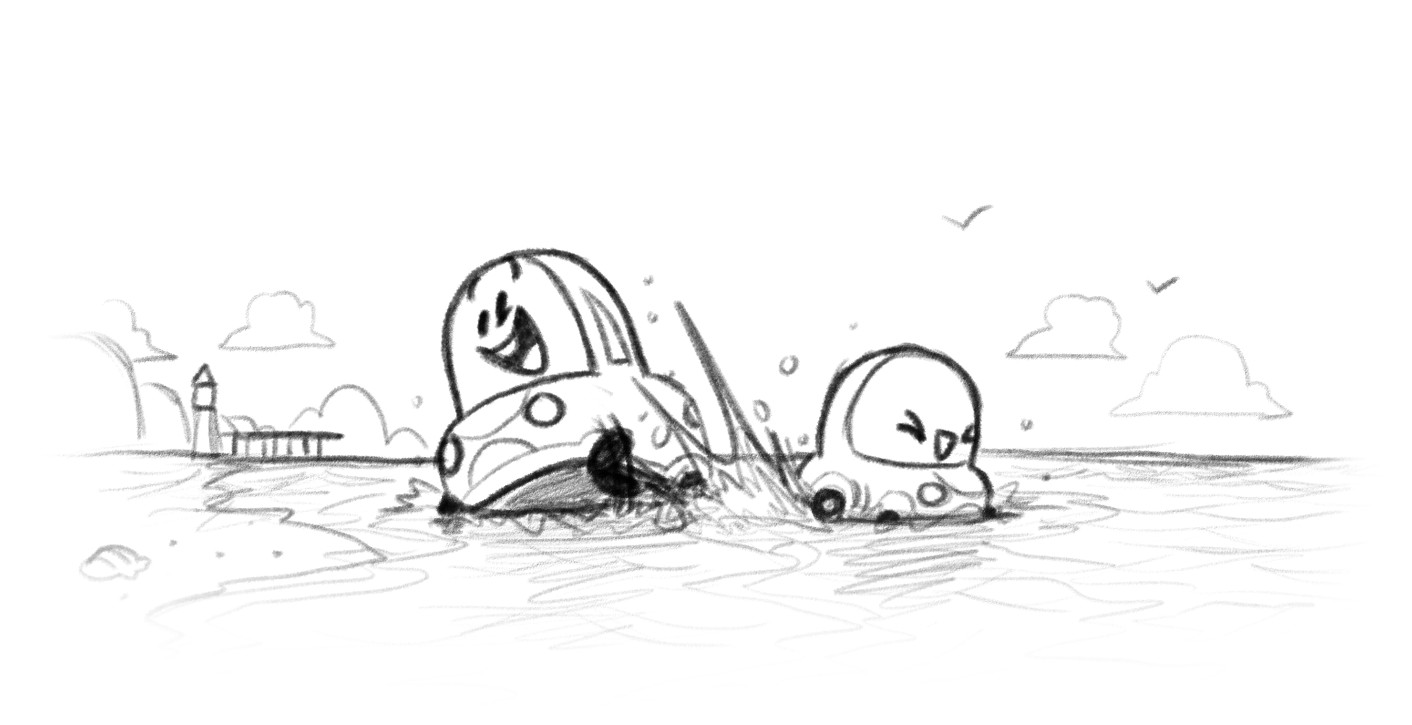