We had the good fortune of connecting with Scott Damian and we’ve shared our conversation below.

Hi Scott, why did you decide to pursue a creative path?
Stories literally saved my life. As a youth who battled stuttering, I lost myself in the movies that redefined a generation of filmgoers. More specifically, I was engaged in how characters evolved and arched within a story. The epic adventures of a cocky archeologist whose thirst for fortune and glory is replaced by unselfishly saving the world, or a naive farm boy who chooses the arduous path to save a galaxy far, far away inspired me to create heroic stories where I forgot about my impediment and believed in worlds bigger than I. A place where I was accepted. A place where I could express myself without anyone judging me. I mean, that’s what draws us to stories, right? We feel like we are part of something big. From movies to books, we find sources of knowledge and entertainment that remind us of our humanity. Who wouldn’t want to be a part of that? All I’ve wanted to do is create stories like the ones that inspired me. Another factor that drew me to stories was the curiosity about human nature. I find people so fascinating. Backgrounds. Habits. Choices. Family dynamics. The complexity that comes with being human is a fascinating study. Every character I create reflects a part of me…a part of us. Even from the heavies (bad guys), we can find a sliver of commonality. Growing up in New Orleans was another source of inspiration in pursuing a creative career. That town is filled with eclectic, over-the-top personalities. Don’t believe me? Listen to the music of Louis Prima. New Orleanians are known for their unabashed audaciousness. Maybe that was why some of the greats–Tennessee Williams, William Faulkner, and Mark Twain–spent months, even years, writing their masterpieces in the heart of the French Quarter. If a writer feels that writer’s block, all he or she has to do is step onto Bourbon Street or take a trip down the Mississippi River and all the inspiration is there for the taking. There is an unsaid creative mojo permeating throughout New Orleans. That’s why most of my stories center around New Orleans. You can base many genres–from horror to romantic comedies–in that town and yet they all fit perfectly and elegantly within that backdrop. 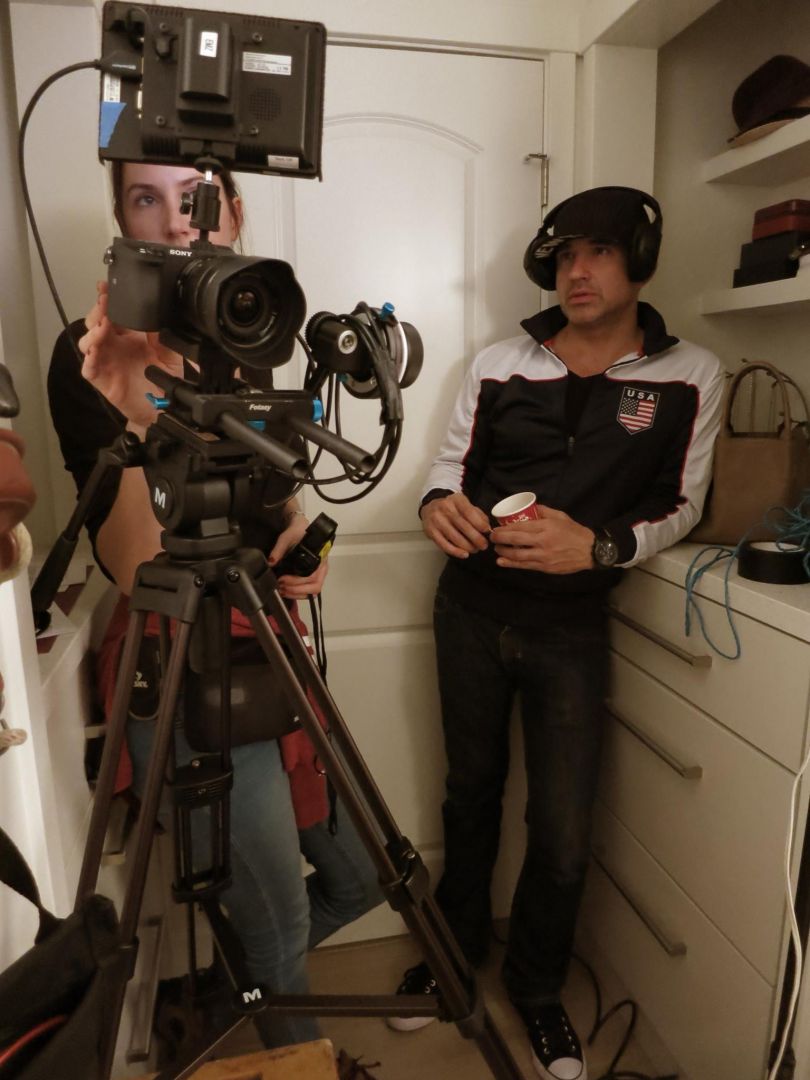 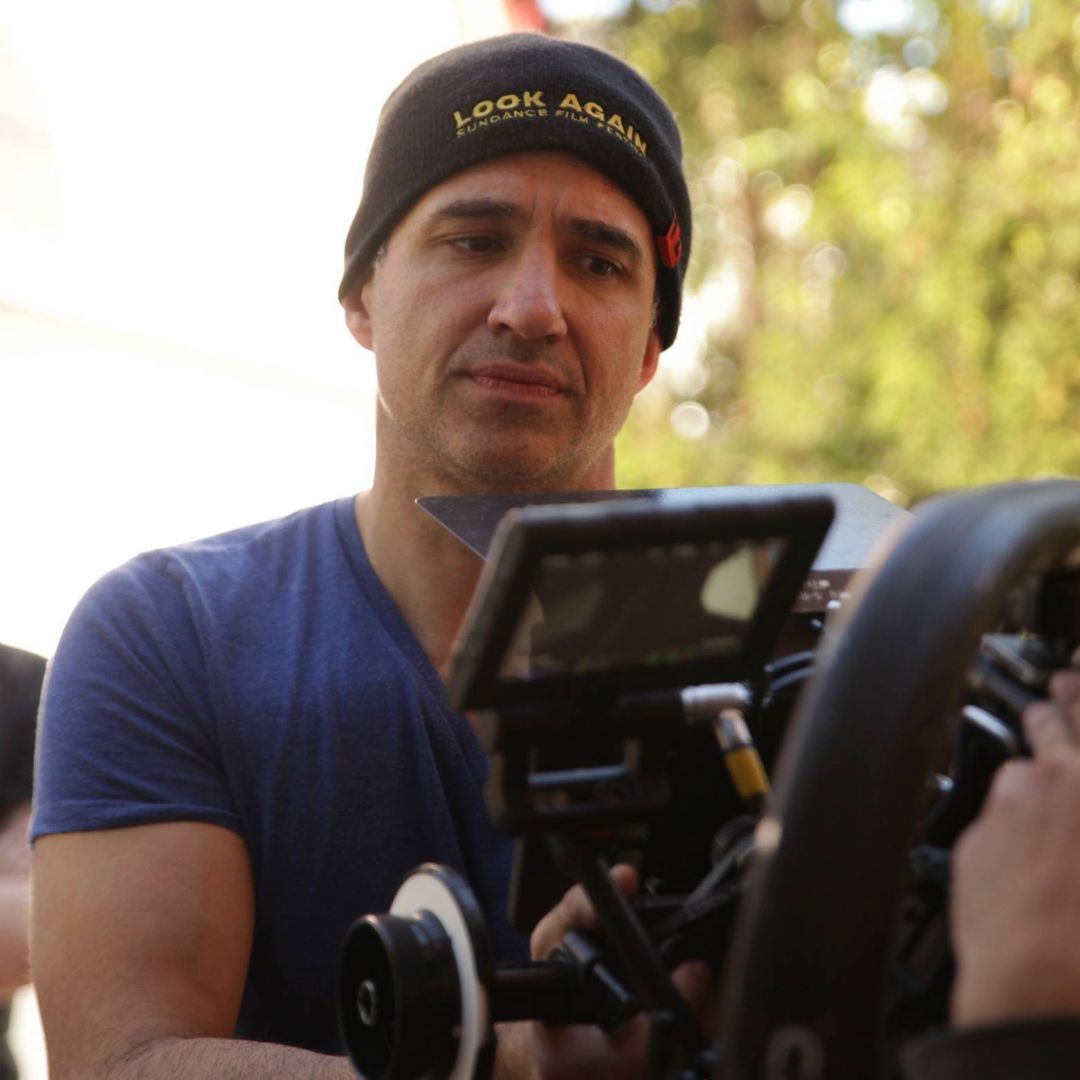 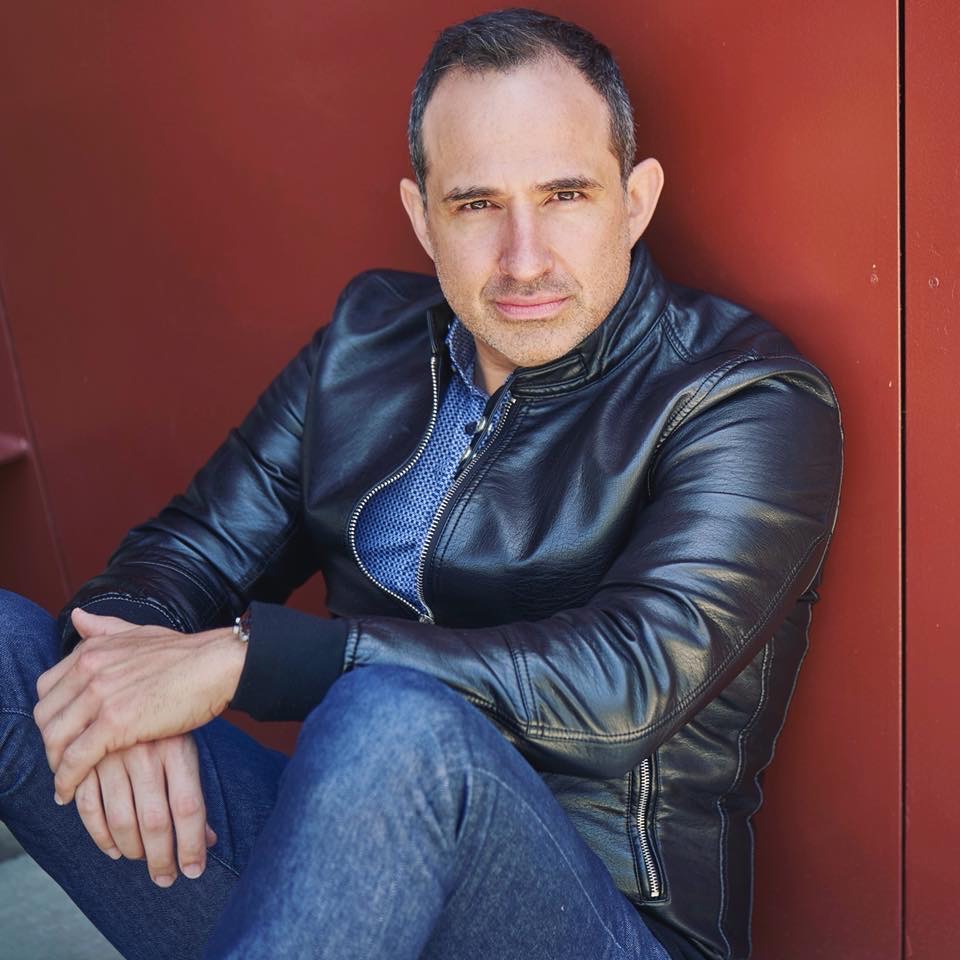 Alright, so let’s move onto what keeps you busy professionally?
Nothing is attained without tenacity with a side of humility. That’s what I’ve learned on my path as a screenwriter, director, playwright, author, editor and producer. Wearing many hats can drive one loco sometimes, but manning the fires on different fronts really excites me. As I mentioned, I was former stutterer during most of my youth, so I was already drawn to plays, films and TV shows at an early age. During those viewings I broke down structure and dialogue, trying to understand what made those memorable stories work. I’d watch them ad nauseam until our VCR broke, and that happened a few times. I would write my own stories and act them out with my childhood friends who were also film hobbyists. During our performances, I would mimic the lines with the appropriate accent. This newfound crutch led to performing in high schools plays, but only with accents of course. When I used my own voice, the stutter would follow. Hiding behind a character was my drug of choice, that is until I attended The British American Drama Academy for their Oxford Summer Intensive. Using an accent when performing Mercutio didn’t bode well in the eyes of the British directors. They actually thought it was rather insulting. It took the wisdom and patience of a Glasgow director to break me of the habit. “Use your own voice, Scott. It’s what God gave you.” I took this simple but profound mantra and applied it to my creative process, which I do even today. Especially when, sixteen years ago, I put my English major to work and redefined myself as a writer. Hurricane Katrina threw a curve ball in my family’s business and my childhood home. Wrangling with grief led me to pen my first play, “Coffee Stains.” The play centers around a family who is facing their own fallibility with Hurricane Katrina’s arrival. When the older, estranged son returns days before landfall with a dubious proposition, the family’s dynamics shift and soon, secrets are revealed which become more destructive than the impending storm brewing in the Gulf. This play opened doors for me, professionally and personally. Since then, I took the more personal approach to storytelling, where I wrote my published memoir, “Voice: A Stutterer’s Odyssey” (Behler Publications), and produced and recorded the audiobook through my production company, BME. Soon, I wrote, co-produced and co-directed, alongside Heather Provost and Provost Entertainment, the dramedy, “Racing Colt,” which led to our first distribution deal and premier at Stan Lee’s Comic-Con in Los Angeles. Since then, along with Heather Provost, I’ve co-written a couple of Hallmark films and we are in active development on projects for both Hallmark and Stargazer Films, as well as an upcoming rom/com feature film for MarVista Entertainment. I’m also developing a forthcoming crime drama podcast series, as well as a feature horror/thriller. Working extensively with Disney Imagineers, I served as Director/Creative Consultant for a highly-anticipated experience which premiered at “Star Wars: Galaxy’s Edge” at the Disneyland Resort. I’m listing all of this not to brag but to show the trajectory of my brand, which is thus: I love telling stories that just don’t fit into one genre. From rom-coms to gritty crime dramas, I find stories about the human journey fascinating and inspiring. Stories of redemption and inspiration thrill me to no end. And we are in desperate need of these uplifting and hopeful messages in today’s climate. I’d be remiss if I didn’t touch on the art of collaboration. It is essential for artists and technicians to come together in a cohesive manner when creating content. Now, I don’t mean we have to be pushovers. Speaking up and sharing opinions are essential, especially in pre-production and on set. But ego and pride must be left at the door. Story comes first, not who’s right or wrong. Self-sabotage also leads many artists astray. It takes personal inventory and brutal honesty to make it in this industry. I try not to depend on my past achievements. There’s always room for improvement. That’s why I make a conscious effort to read a book a month that focuses on the art of storytelling. Sharpen your skills. Pave the way to your evolution. When I look back at spec scripts even from six months ago, I’m humbled by what I encounter. Thus, I’m always in rewrite mode. We grow so much as artists when we put in the work. Every year I make sure I write two spec screenplays and two spec pilots. Most may not see the light of day, but they are a great form of exercise. That excellence is what I try to bring to my clients and to the viewers. As storytellers, we don’t have to ask for permission. We can create anything from behind our keypad or behind our smartphones. What a wonderful time to be a storyteller! 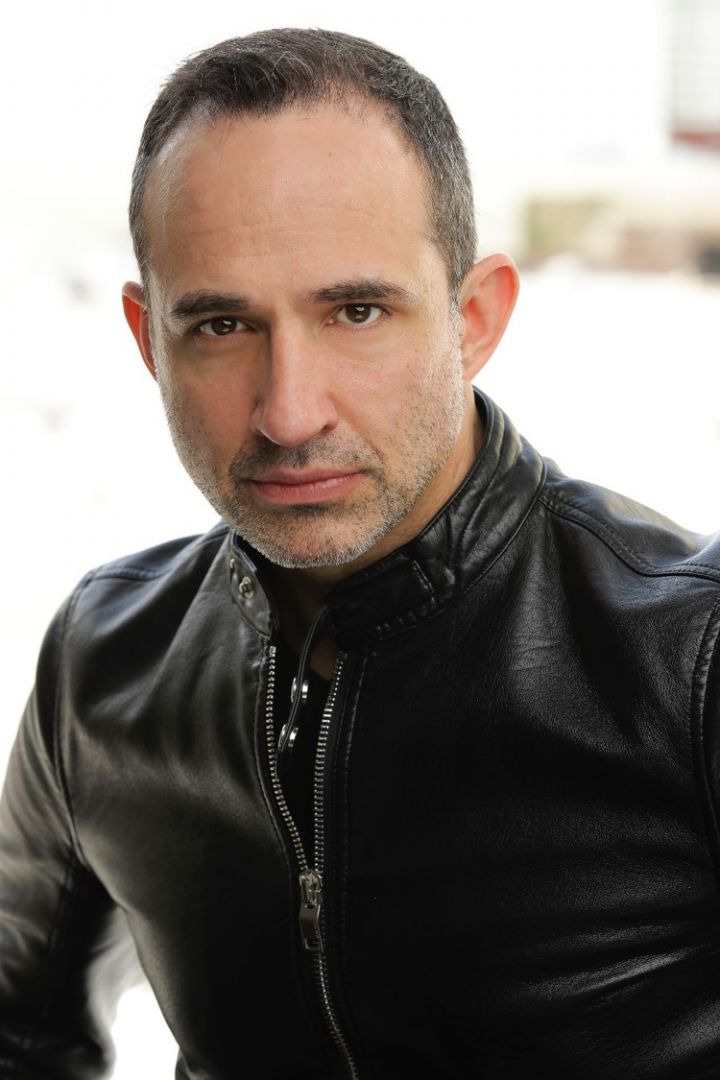 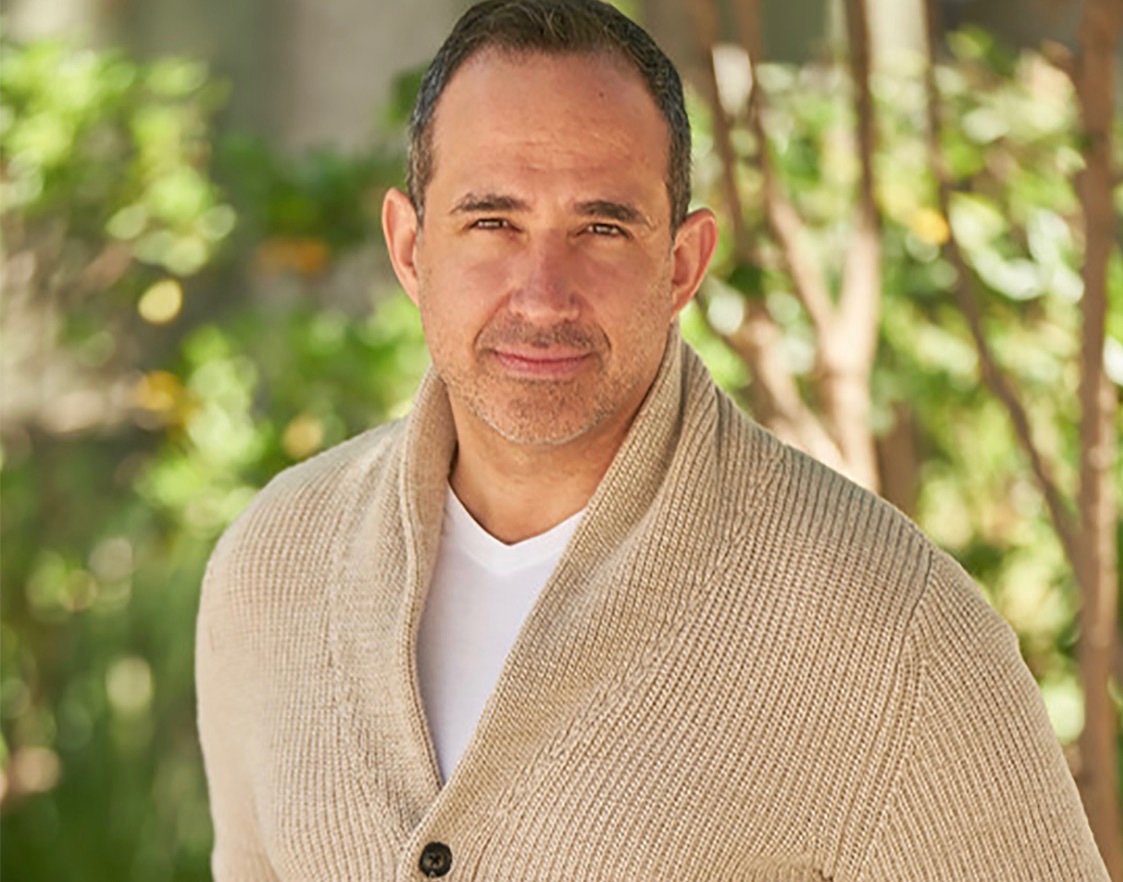 Any places to eat or things to do that you can share with our readers? If they have a friend visiting town, what are some spots they could take them to?
One of the most inspiring places in LA is none other than The Getty Center. They have such a diverse collection of art. For hours you can spend sitting and staring at the works of Van Gough or Manet. A trip to The Old Place in Agoura Hills is a must. They have the best steamed clams and sirloins in the city. Chinatown is worth a visit as well. The eclectic stores and hidden gem restaurants are not to be missed. One of my favorites is Foo Chow, and that’s not because “Rush Hour” was filmed there. Perch in Downtown LA has the perfect evening view to cap off a great day. 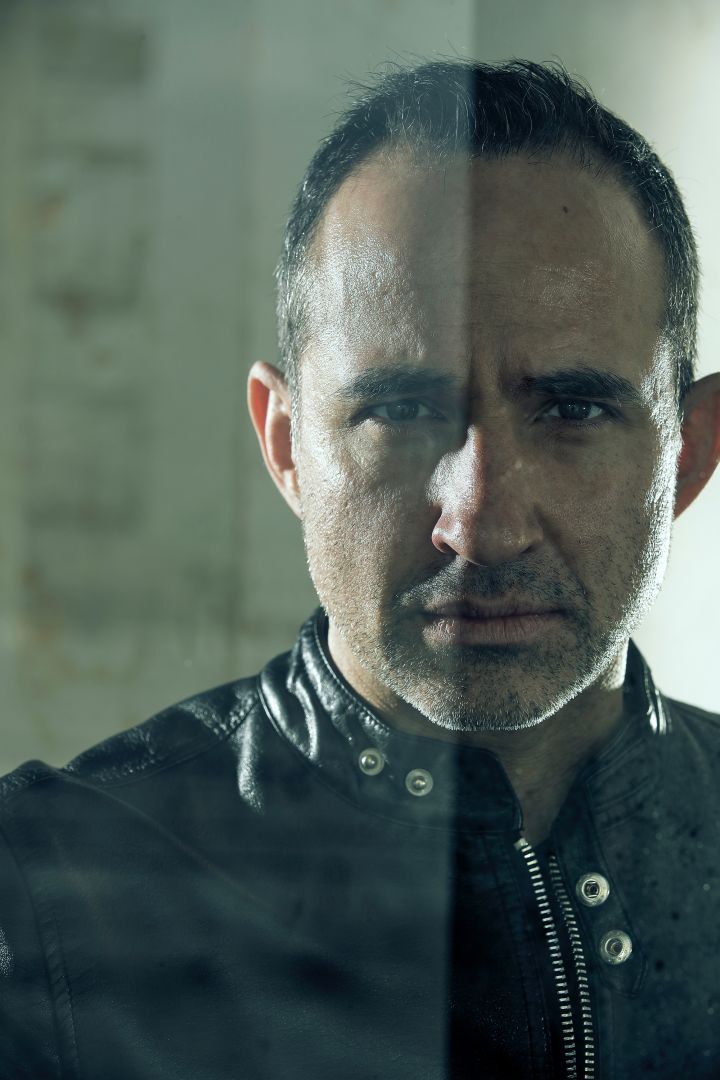 Who else deserves some credit and recognition?
I would be remiss if I didn’t acknowledge the support of my father and mother and their sacrifices. As the second son of a Guatemalan immigrant father and a second generation Sicilian mother—and yes it was very loud in our household—I would not be where I am today without my parents’ commitment to teach me hard work, perseverance and standing up for the underdog. Also a huge “Shoutout” to my mentors Richard and Rachael Heller who taught me how to truly become a writer. As best-selling authors themselves, the Hellers gave me the mentorship I needed at the right time, at the “write” place. Finally, I’d like to tip my hat to all those who encounter so many “no’s” and still strive and persevere to attain that one “yes.” You all are the unsung heroes!